Crush me in the crowds, I'll be in the clouds

It was a surprisingly timely week in my humor blog! Here's what you missed if you didn't read it before:

That's cleaned up then. Let's get back to La Feria. Here, in January 2018, we'd just ridden La Quimera, the triple-looping roller coaster. 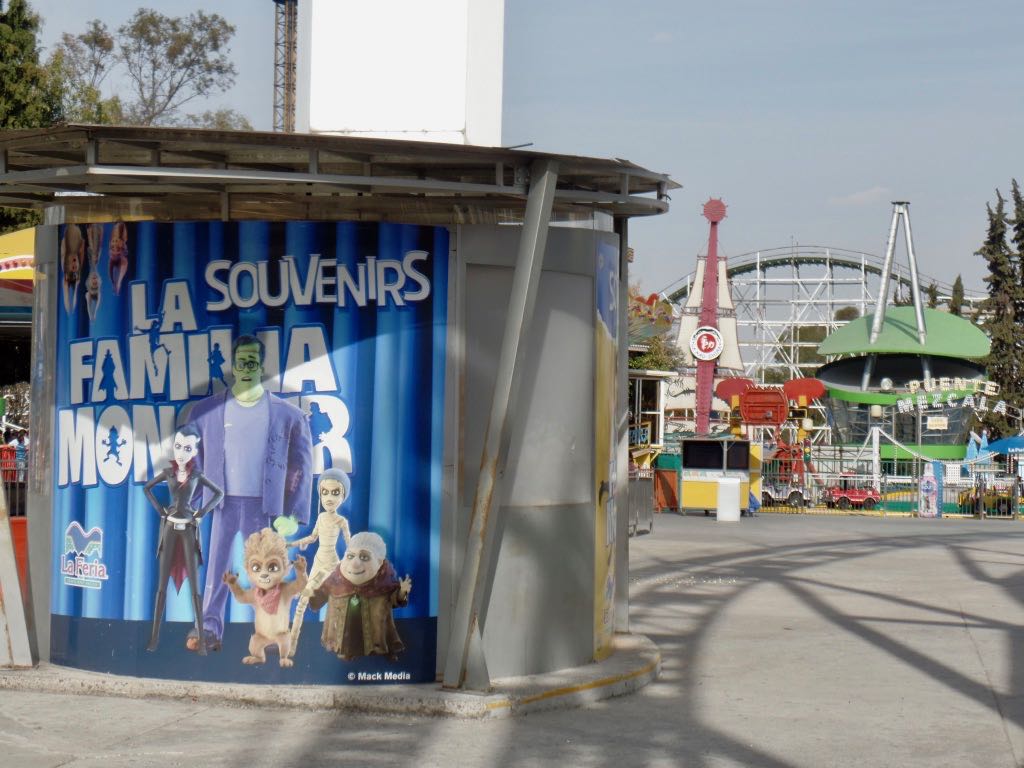 So here's a souvenir booth outside Quimera. I don't know who this Familia Monster thing is, but they had a lot of advertising for it. And the werewolf kid appealed to me, I think because he gives the vibe of being completely unthreatening but confident that he's a terror. 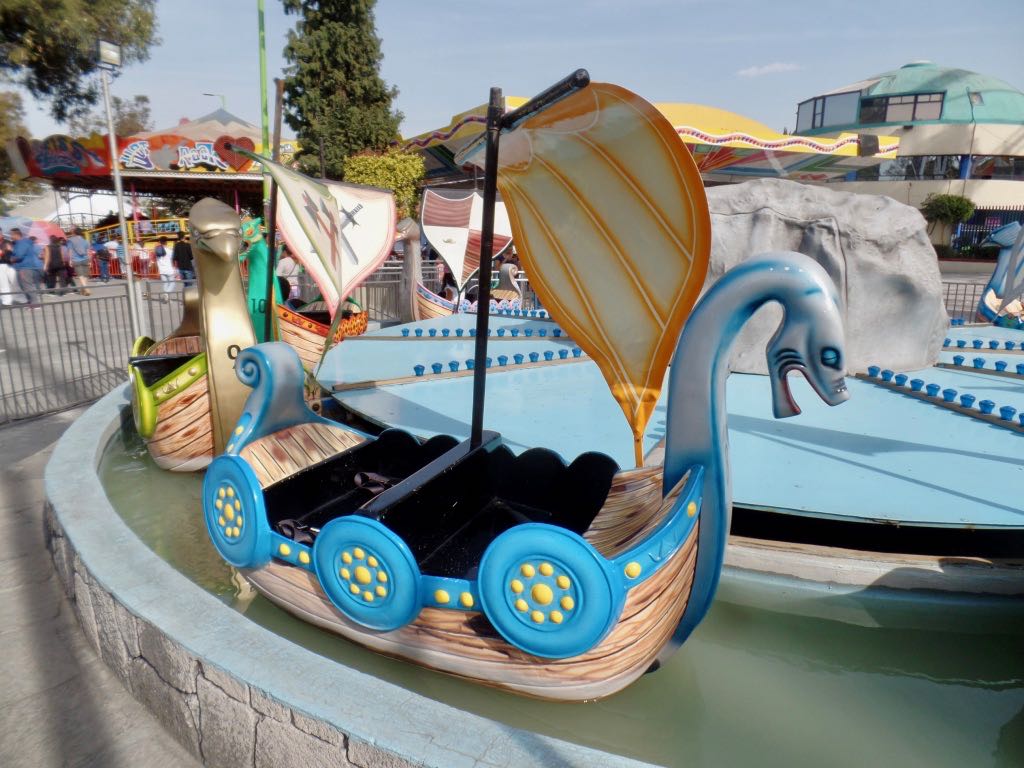 Back to the kiddie rides: a ride with dragon-headed boats. I'd have loved it as a kid. 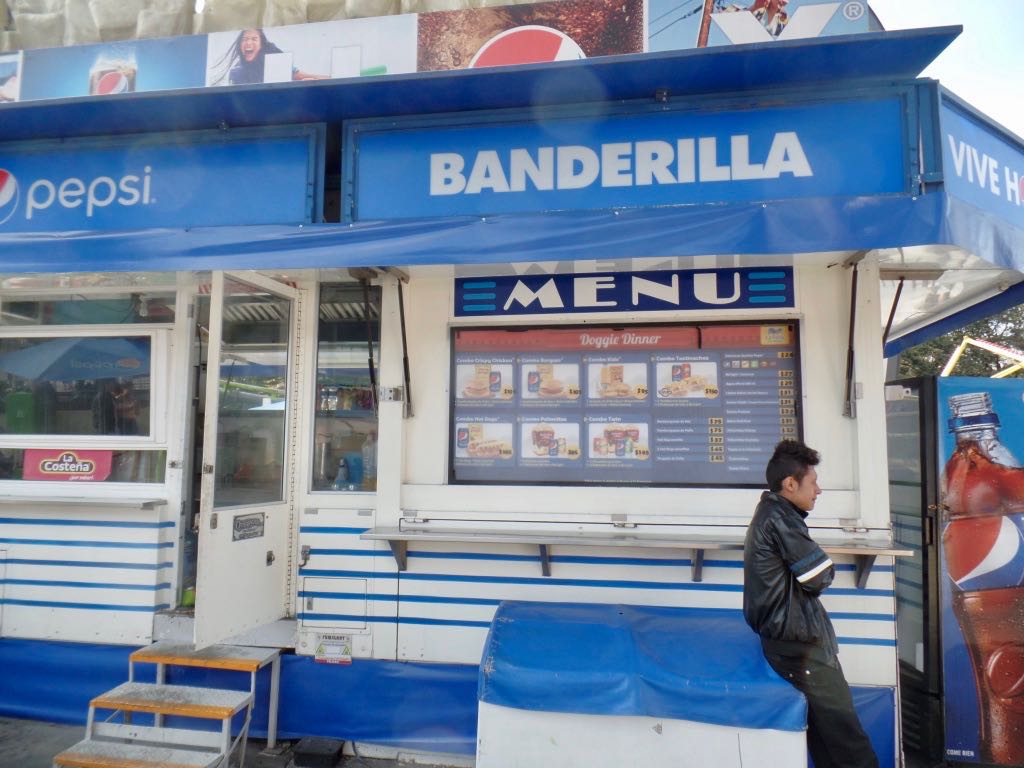 I think we might have gotten fries or something from here. The Banderilla is a neat name. Doggie Dinner, too? I don't know what that connotes. 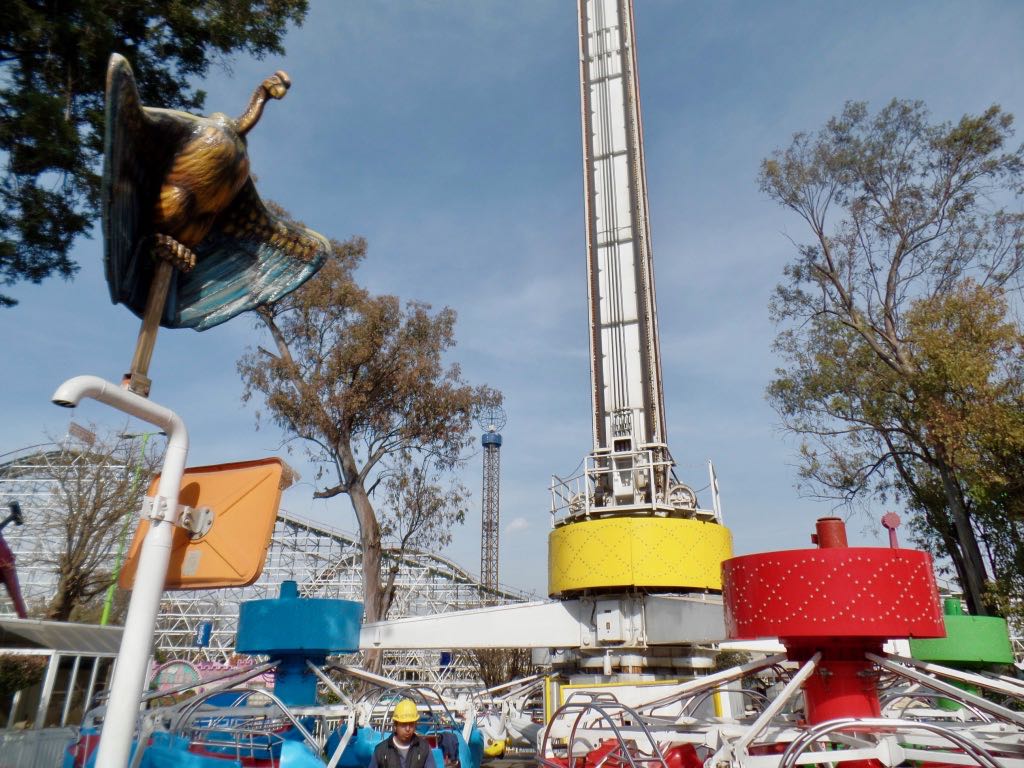 Cóndor, one of the taller rides at the park, with its great ferocious-looking bird gargoyle looking over things. We would ride this, although not until night; I don't think it was running in the afternoon. 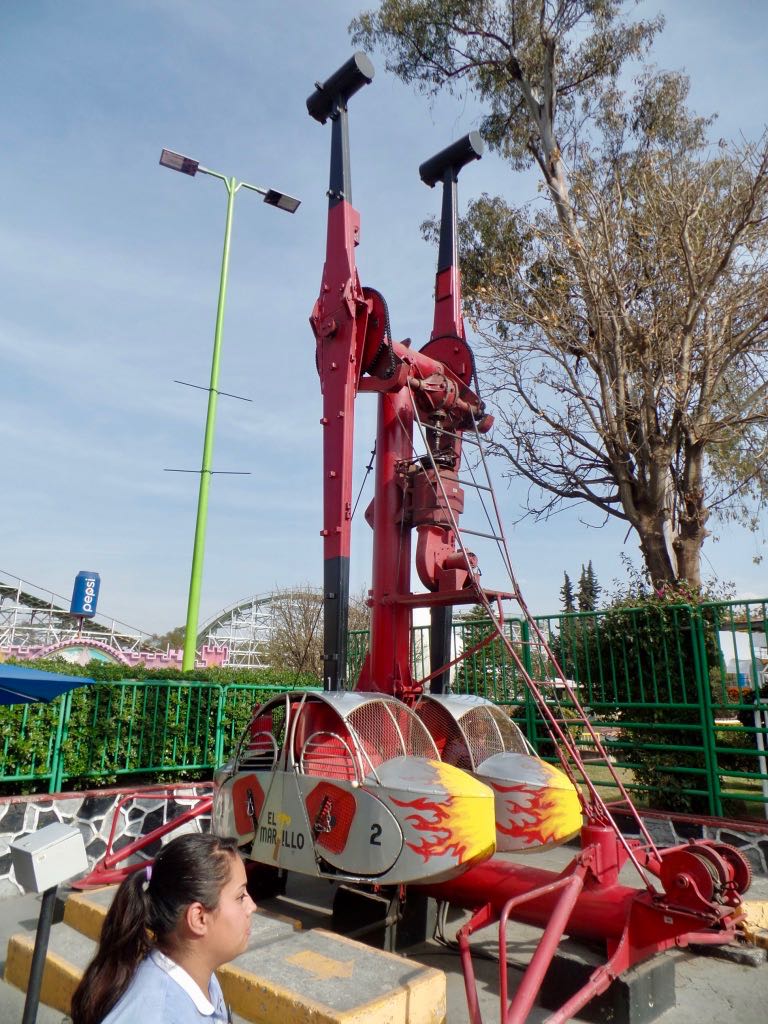 The park also had this Roll-O-Plane type ride which we did not get on, but appreciated seeing.

It was about time for me to try a panoramic view again. This is from an elevated portion above the carousel and the lift hill to Montaña Rusa. 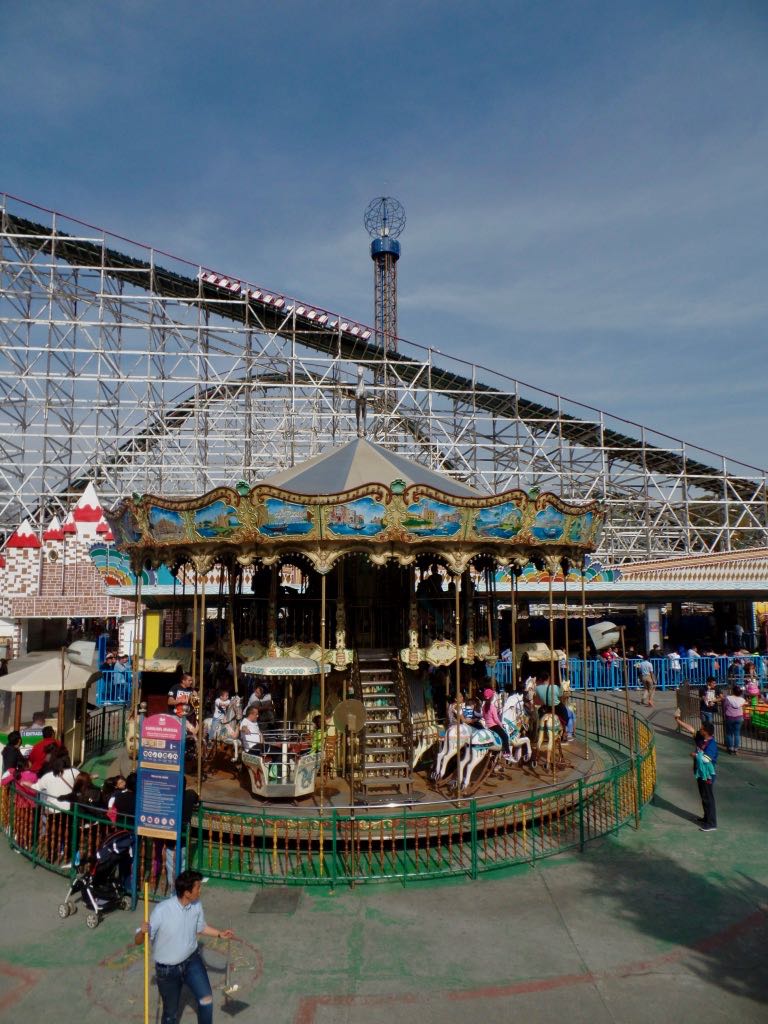 And here's just a closer picture of the carousel. It's the same model as at Six Flags Mexico and, for that matter, both Morey's Piers and the Freehold Raceway Mall in New Jersey. 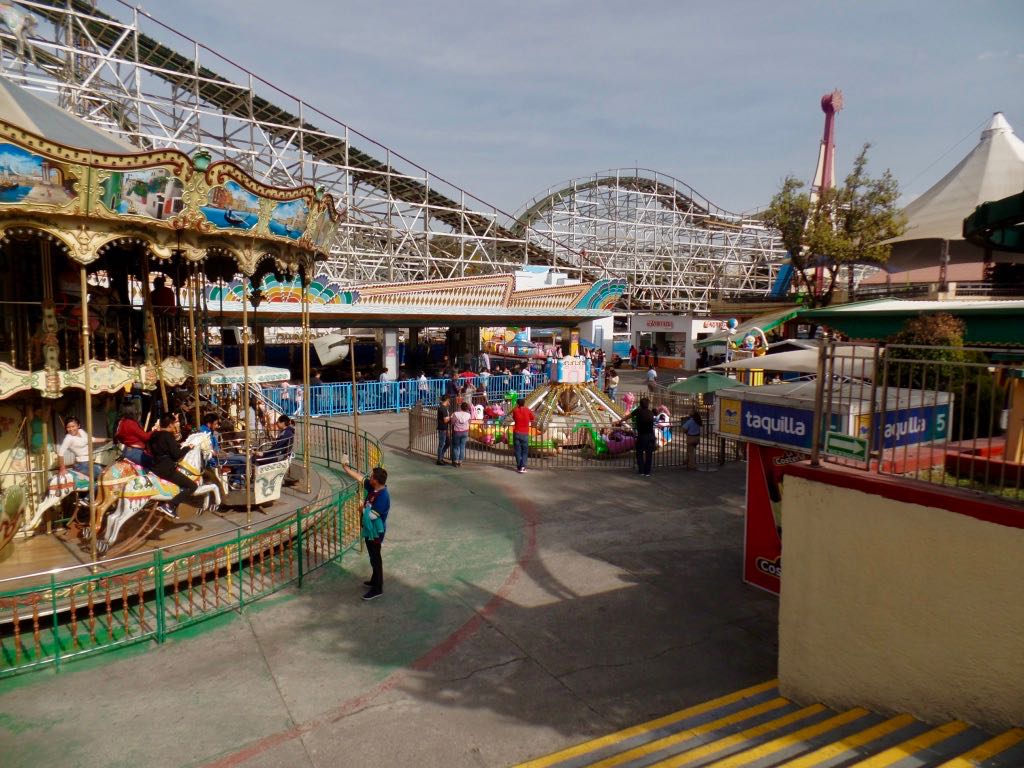 Vicinity of the Carousel, including the curious green zone marked with a red circle that surrounds it. What it signifies I don't know. 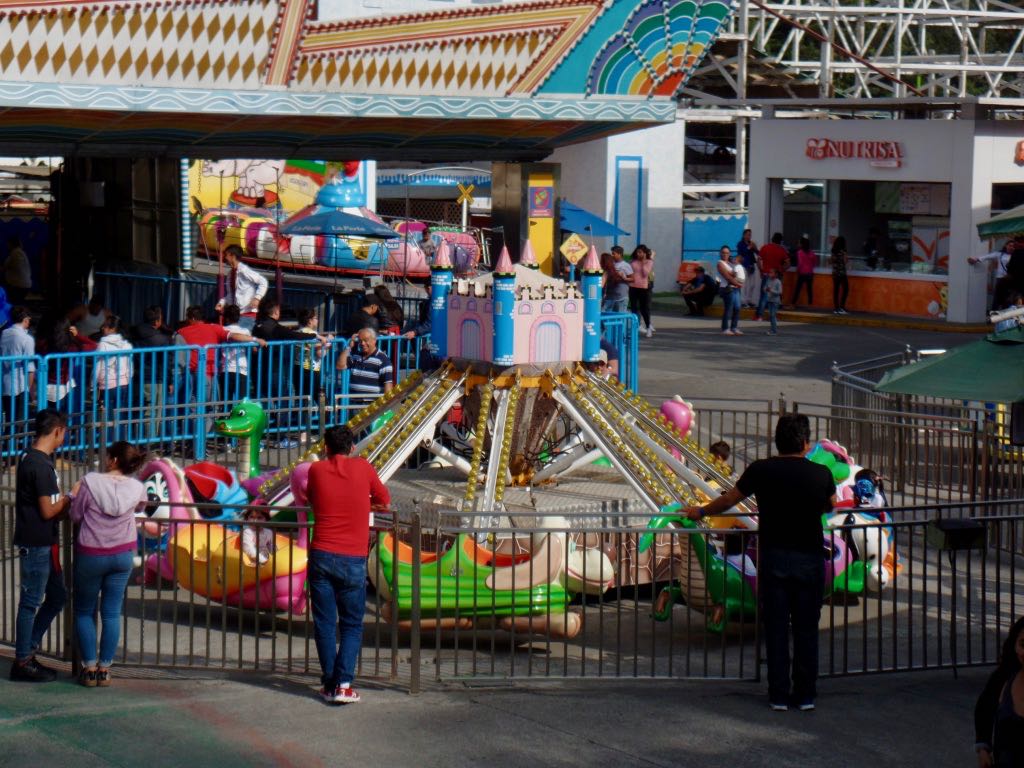 And then I got distracted from the carousel by whatever this ride with the dogs and dragons is. Let's take a closer look. 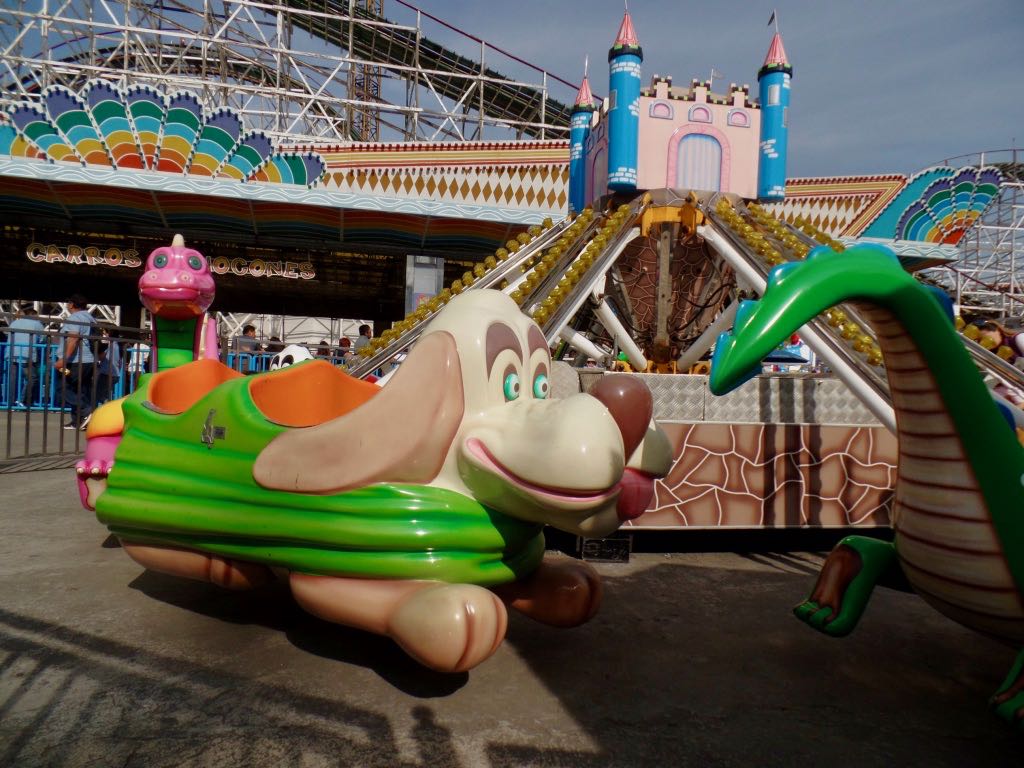 Well, that would seem to answer any questions about this ride, wouldn't it? 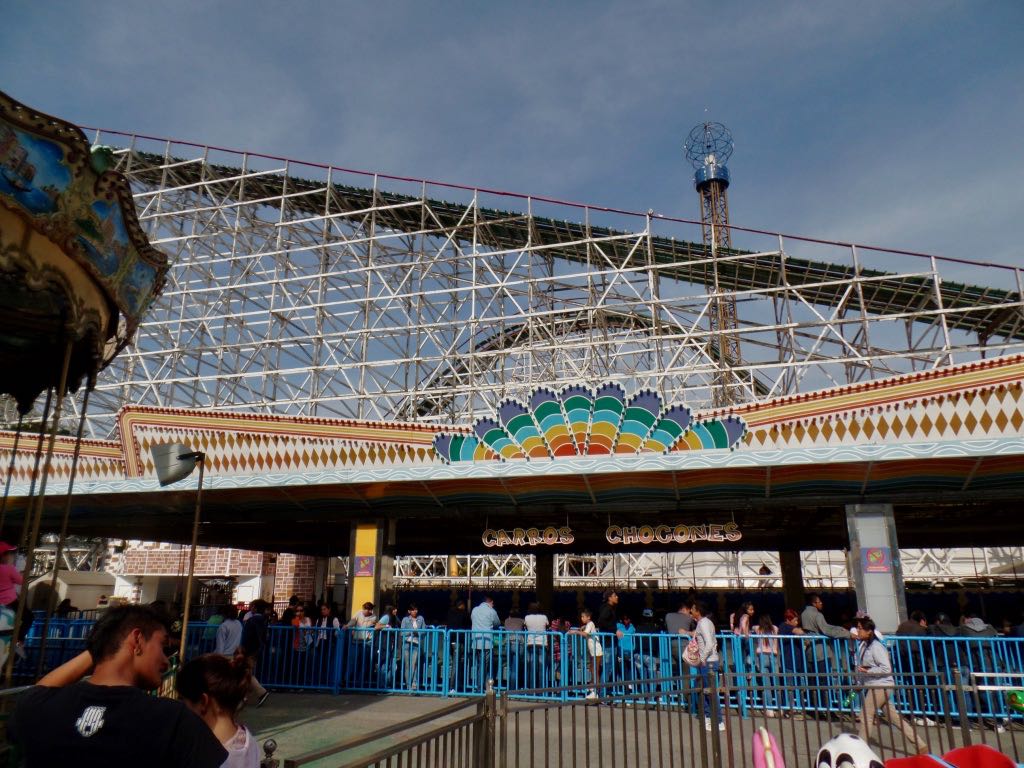 A look at the bumper cars pavilion and oh yeah, the lift hill for that something or other, what was it called? 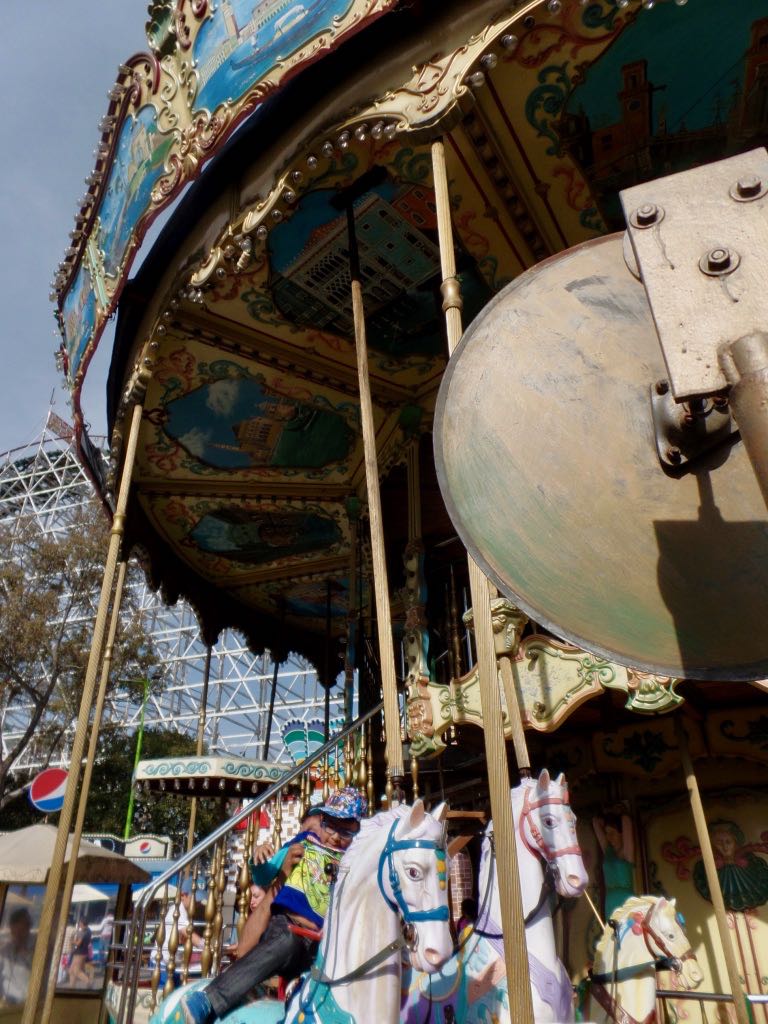 Refocusing on the carousel, then.

Trivia: Schwartz's Delicatessen, in Montreal, was among the few shops in the city able to keep its apostrophe after Quebec's Bill 101, in 1977, obliged the use of French store names. (French does not use apostrophes for the posessive.) Source: Salt: A World History, Mark Kurlansky.