So now let me pause the recounting of our big roller coaster trip --- there's still stuff left in it! --- with an update on Sunshine's health. When we last checked in, she was getting an injection daily, plus eyedrops in both eyes twice a day, for we're-not-sure-but-it's-probably-pasteurella. This for wo weeks. After the first week of it, she had stopped her nasty yet adorable chains of sneezes. She was still sneezing once or twice, once or twice a day, but that wa around her normal level. She was not happy about getting injections, but we were getting the hang of putting her in the Bunny Burrito and holding her secure for the shot. She would do her best to foil this, tensing up her skin so I couldn't get the nice loose flap of neck scruff that makes all this easy. But we were getting injections done without major fiascos. She also did not like getting two eyedrops, one in each eye, instead of the one eyedrop in her cataract eye, but she would limit her protest there to squeezing her eye closed as hard as she could.

In the middle of this course, we also had a heat wave. We don't have central air, because our house was built in 1928 and just opening windows on both sides of the house is enough for nearly all of the warm weather that mid-Michigan should expect to get. At least before we broke the climate. There will often be a week or so where it's just brutally hot, too hot to deal with, and we got one of those. We had to set up Sunshine's pen in our bedroom with the air conditioner running. The alternative was setting her pen up in the basement, which is always cooler, and would stay cool even if we were, say, away in Fremont all day long (watch this space) and the power went out. But keeping her in the bedroom meant she would see us and we would find out if she was so active at sunrise that we couldn't deal with her. She was not, although when I woke up she would get excited and not stop being excited, spoiling

bunny_hugger's last hours of rest. Anyway, she did not like being in unfamiliar terrain like this, and if she understood that this was why it was not crushingly hot, she didn't express her gratitude. She did like getting away from us to explore a bedroom that is very much not rabbit-proofed.

The follow-up vet visit was ... at the busiest day our vet has ever had in history, a time when every dog was at least twice the size of Marmaduke, so Sunshine was not having any of this. Also someone had their cat in one of those cardboard temporary carriers, and all we could see was occasionally a nose pressed up to a nickel-sized hole in the cardboard. Sunshine relaxed more in the waiting room, the renovated and expanded room where Stephen had gotten so many of his cold laser treatments.

But the vet had good news. Sunshine's breathing and digestion and all sound good, clean and clear as they should be. She'd regained weight that we did not understand she had lost as of last visit. And while ``I don't have a threshold for sneezes'' (fair enough!) she did think that one or two sneezes, once or twice a day, was fine. We can at least for now call her health problem cleared. She did say, though, that it's possible there'll be recurrences through her life and we'll just have to accept that.

Between when we got her back, and my writing of this, I haven't heard her sneeze at all. And she's coming up to

bunny_hugger and setting paws in my dear bride's lap, for her eyedrop, again, suggesting that she's forgiving

bunny_hugger at least for all the medical care she's gotten. I'm happy with that.

Trivia: Two bubbles of airbag fabric blocked the main, forward, egress ramp for the Spirit rover on Mars. (They used an alternate ramp to get the rover off the lander.) Source: Roving Mars: Spirit, Opportunity, and the Exploration of the Red Planet, Steve Squyres. 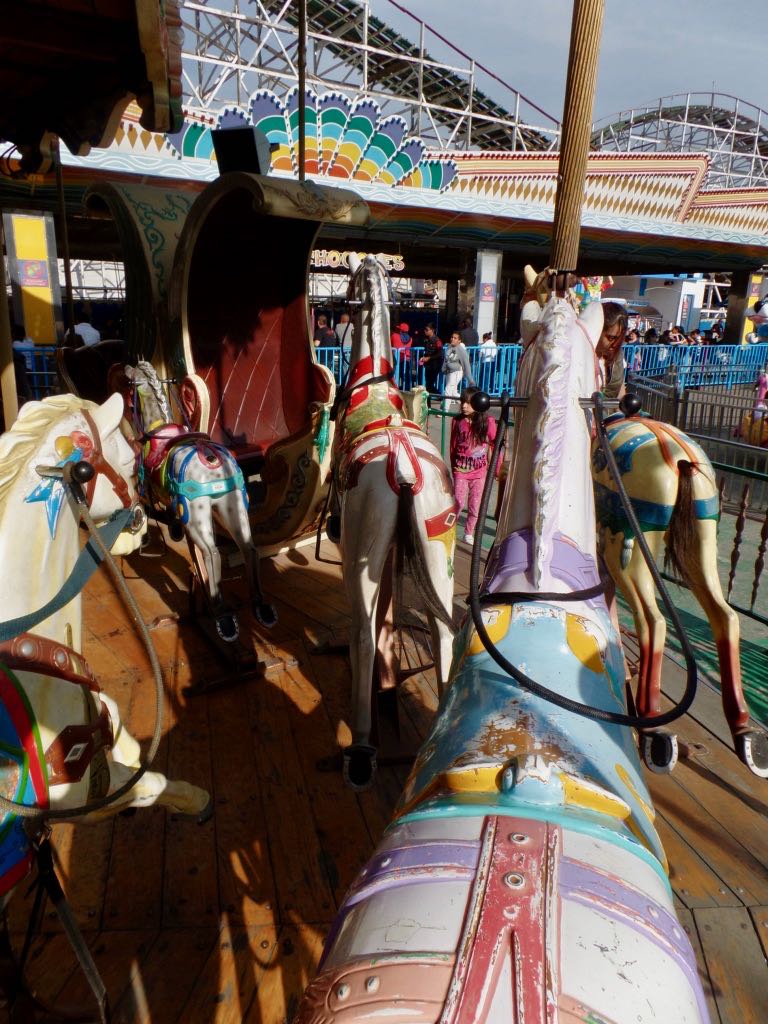 Looking down the back of one of the horses on La Feria's carousel. 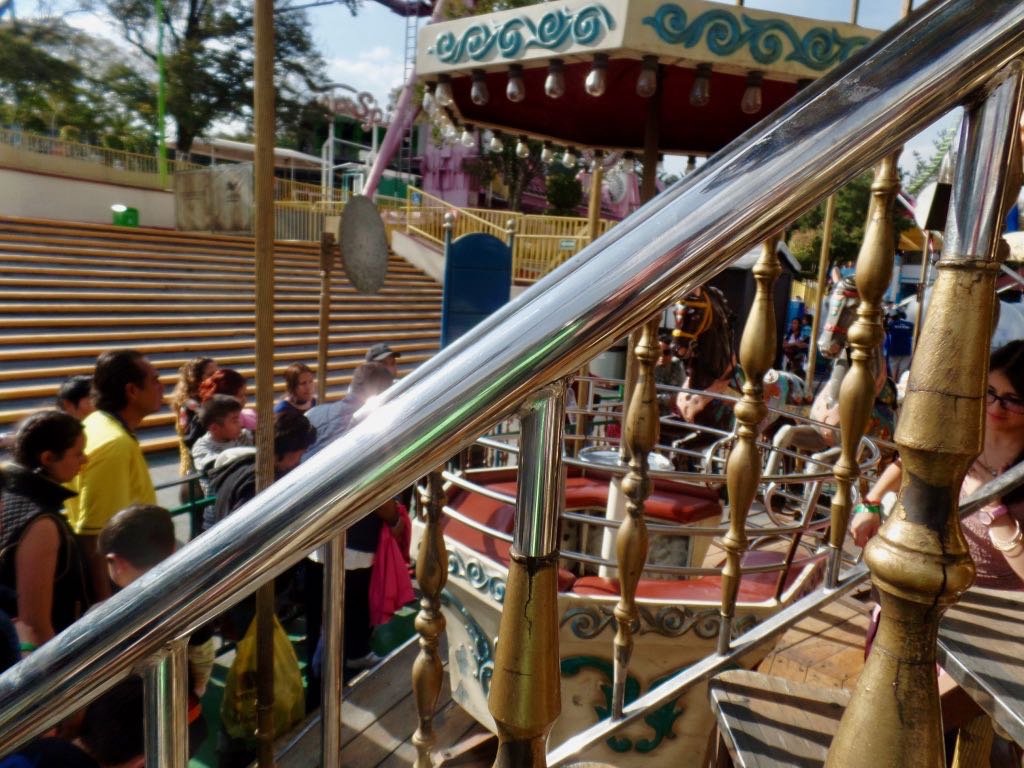 The Venetian Carousel is a two-storey model; here's the handrail from partway up the steps, looking out over the tub that should spin and some of the ride's horses. 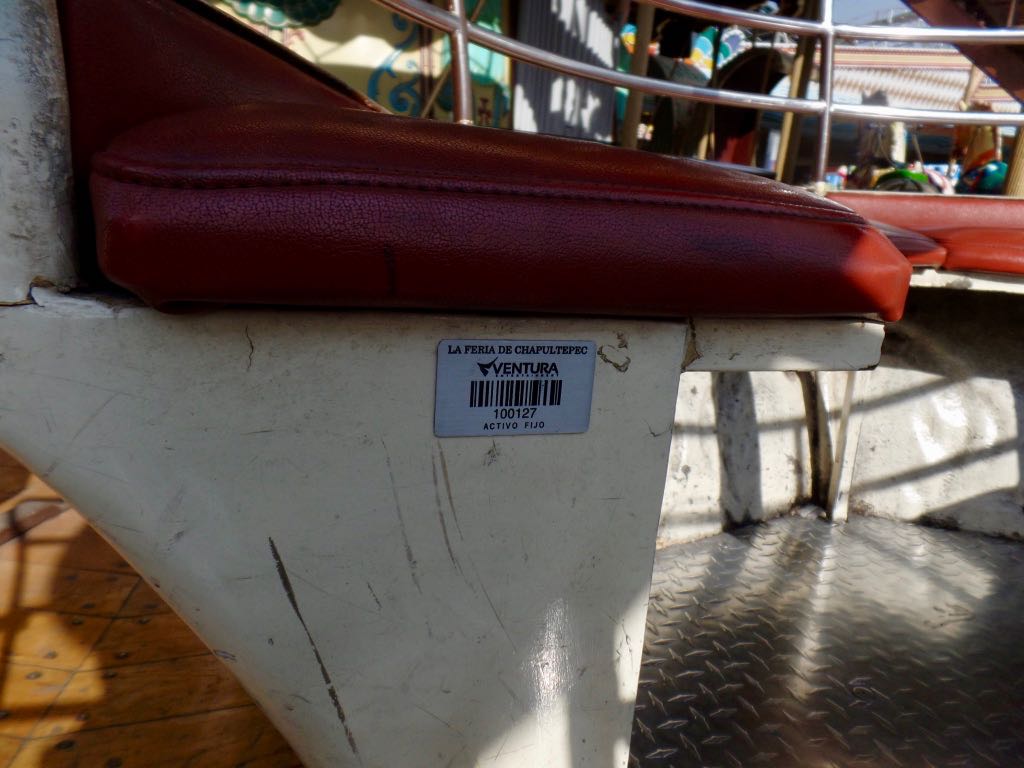 Me getting distracted by the inventory control tag(?) in the tub.