Take me there by sleigh

Humor blogs. What goes into them? Stuff like this: 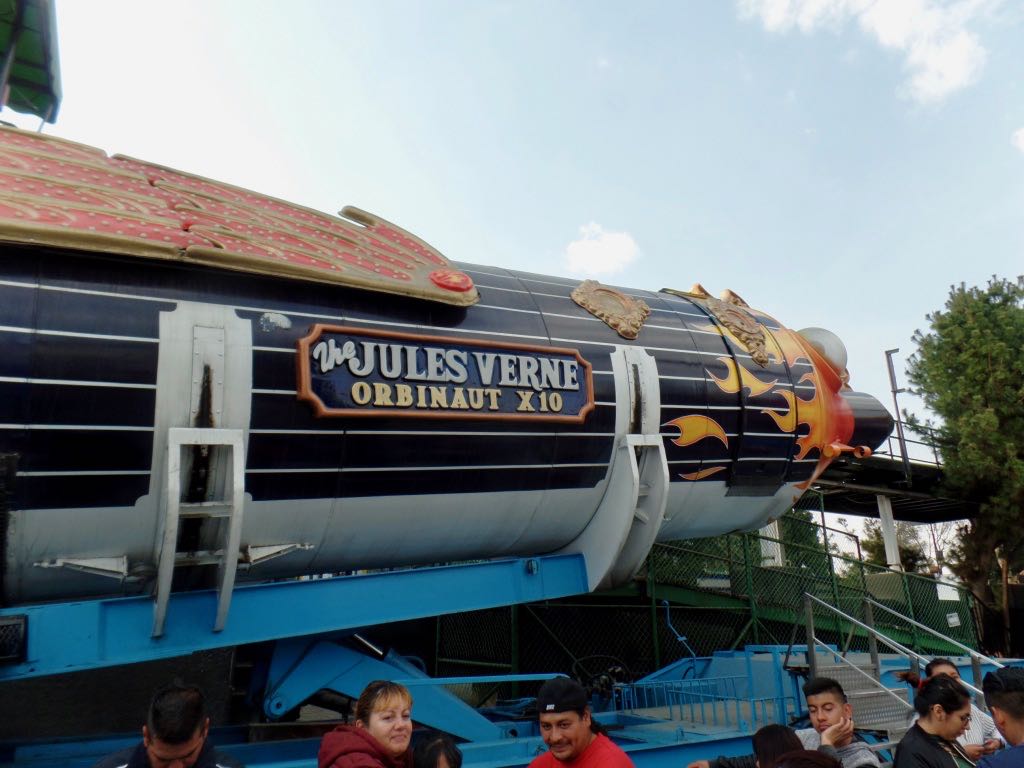 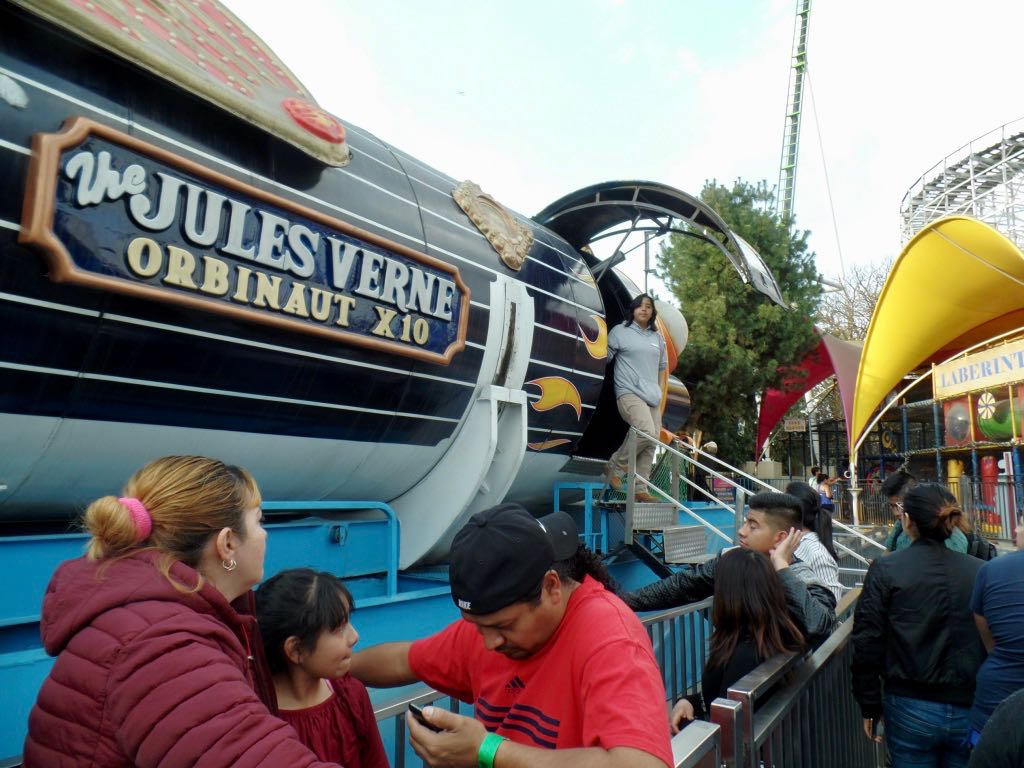 The Orbinaut X10 motion-simulator ride opened up and ready for a new load of passengers. 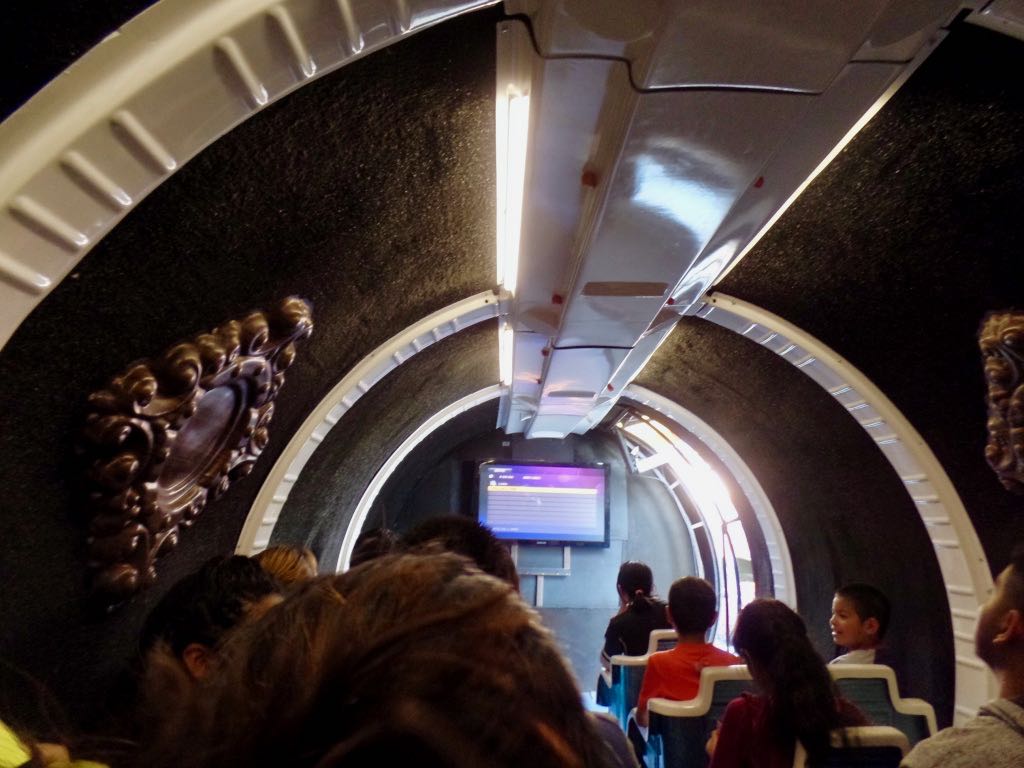 It's a pretty nice interior for a ride that's basically, we watch a video while the vehicle rises up and down and shakes around some. 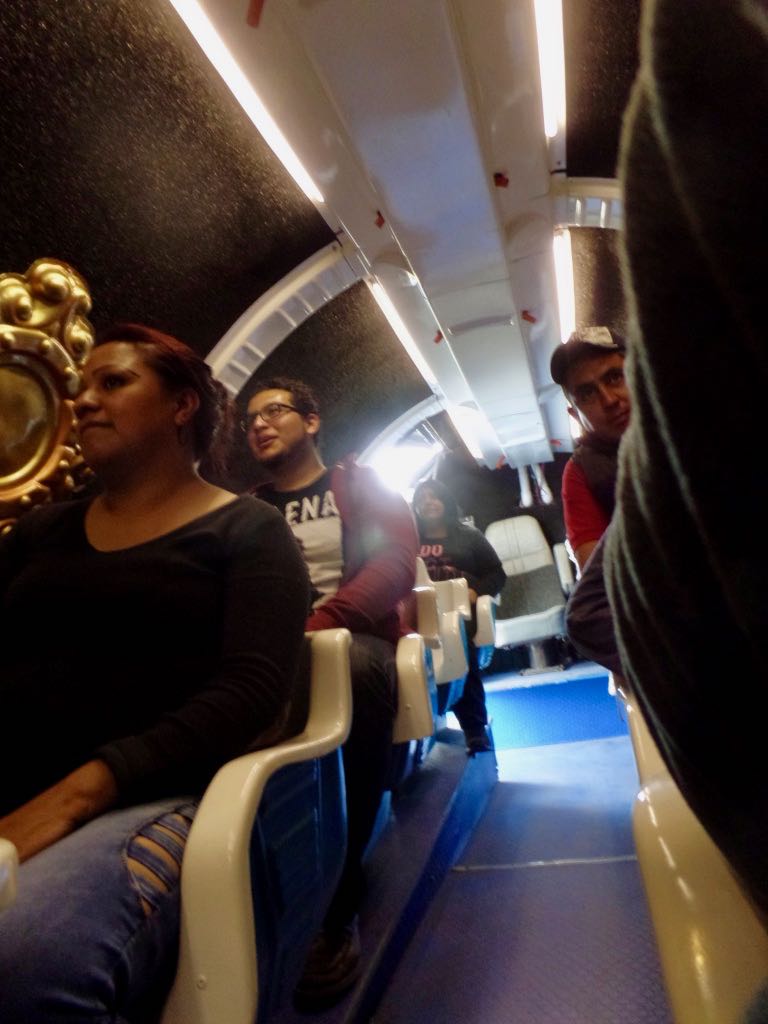 The end of the ride, after the movie's shown a lot of rocketing around an alien and prehistoric landscape, bouncing off rockslides and leaping through volcanoes and all that fun stuff. 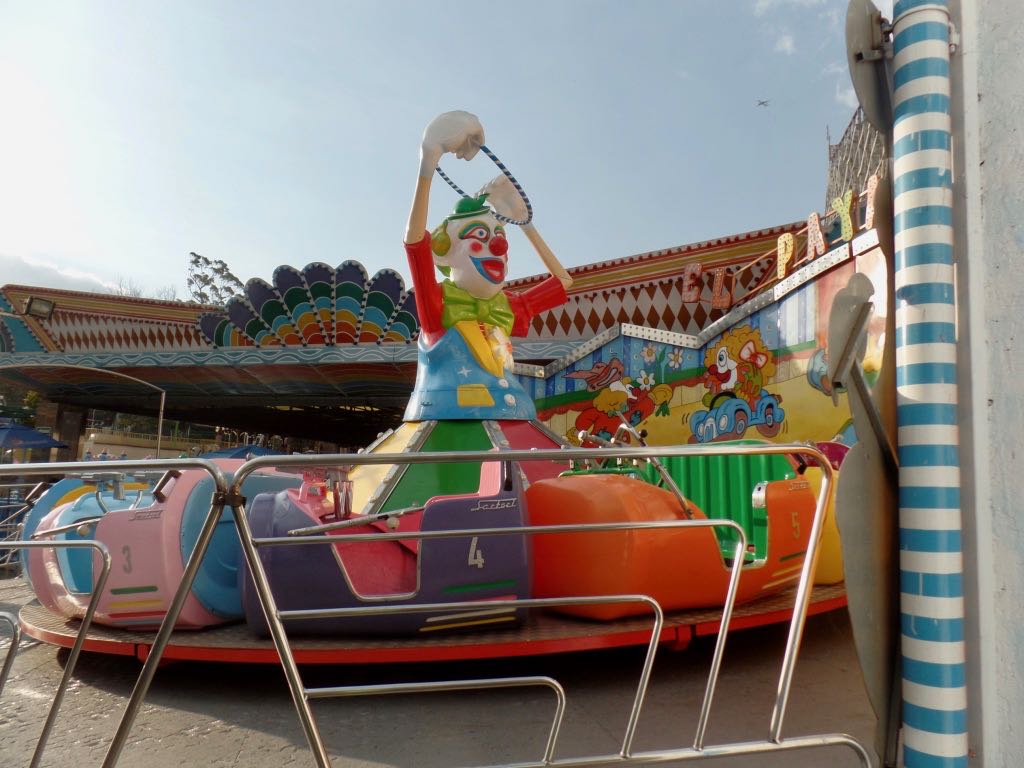 A children's ride that looks like nice ordinary fun and then you realize, wait, so the clown's hips just billow out into a dozen cars? Huh? I guess it's a clown skirt? Bit odd. 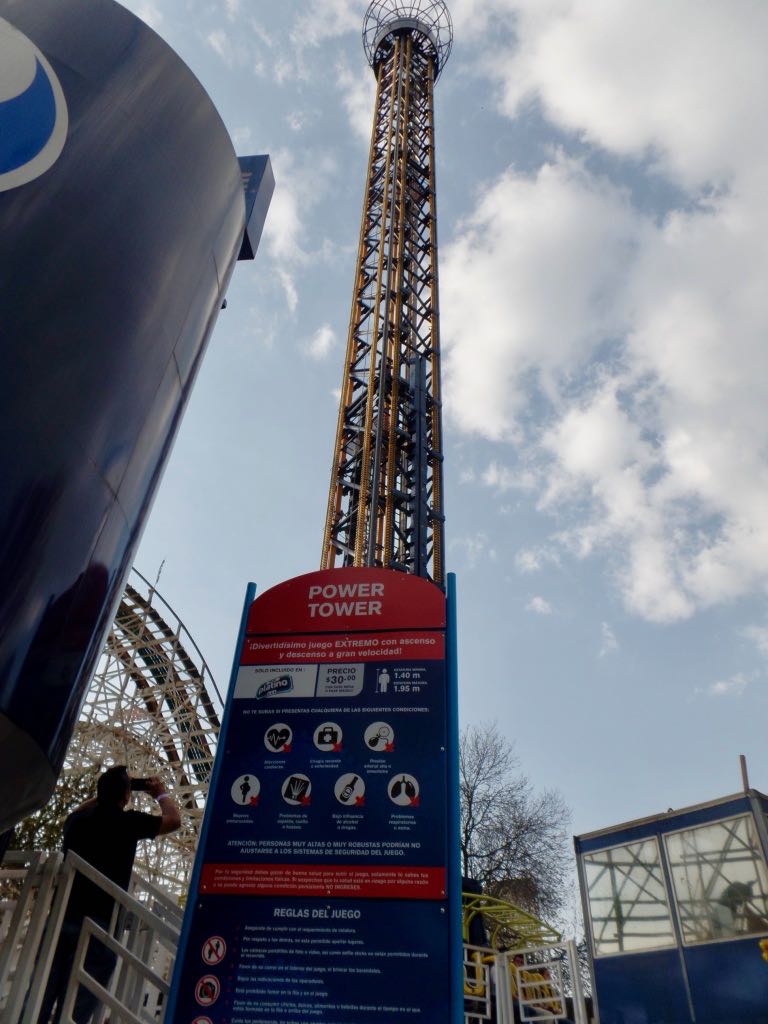 Power Tower, eh? ... I don't know what to make of this; Spanish is, to me, in some ways, a foreign language. 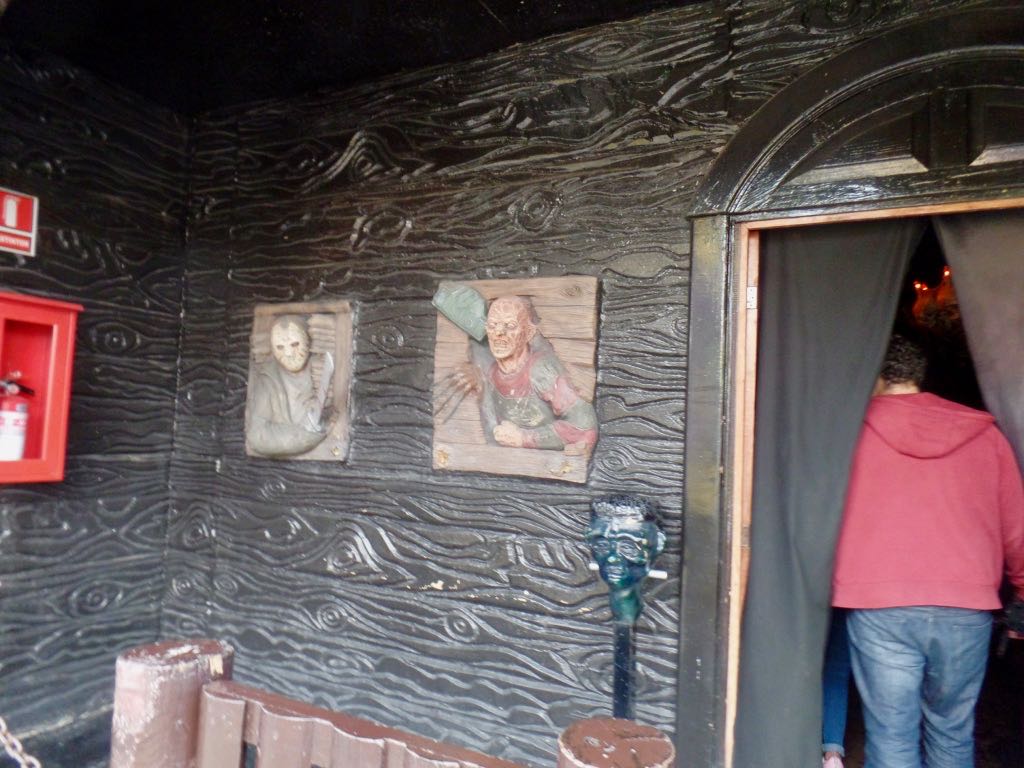 Some of the details in the entrance to the walk-through haunted house. 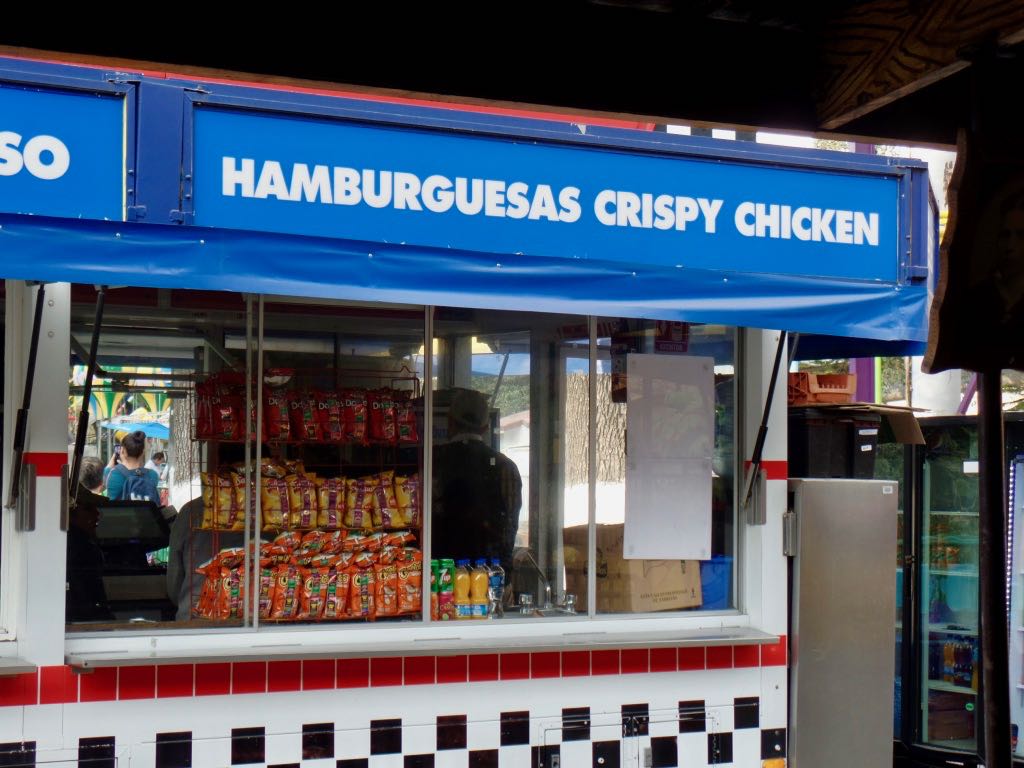 Looking back at one of the snack stands. ``Hamburguesas'' looks like how someone who didn't know Spanish might bluff their way through saying ``hamburger''. ``Crispy Chicken'' is right out, obviously. 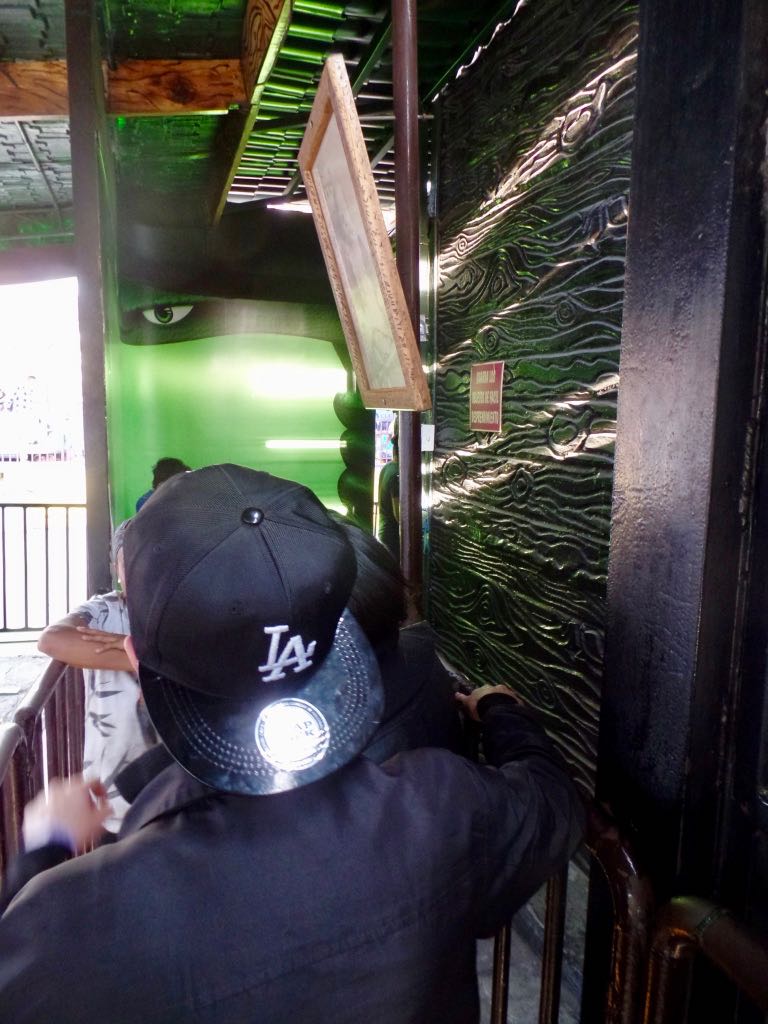 Our group entering the haunted house. They take a photo of you in front of that green screen. We forgot to look at what was superimposed at the end. It was a rather good, effective haunted house and the group we were with started moving faster and faster, running on the way out, and we struggled to keep up with them. 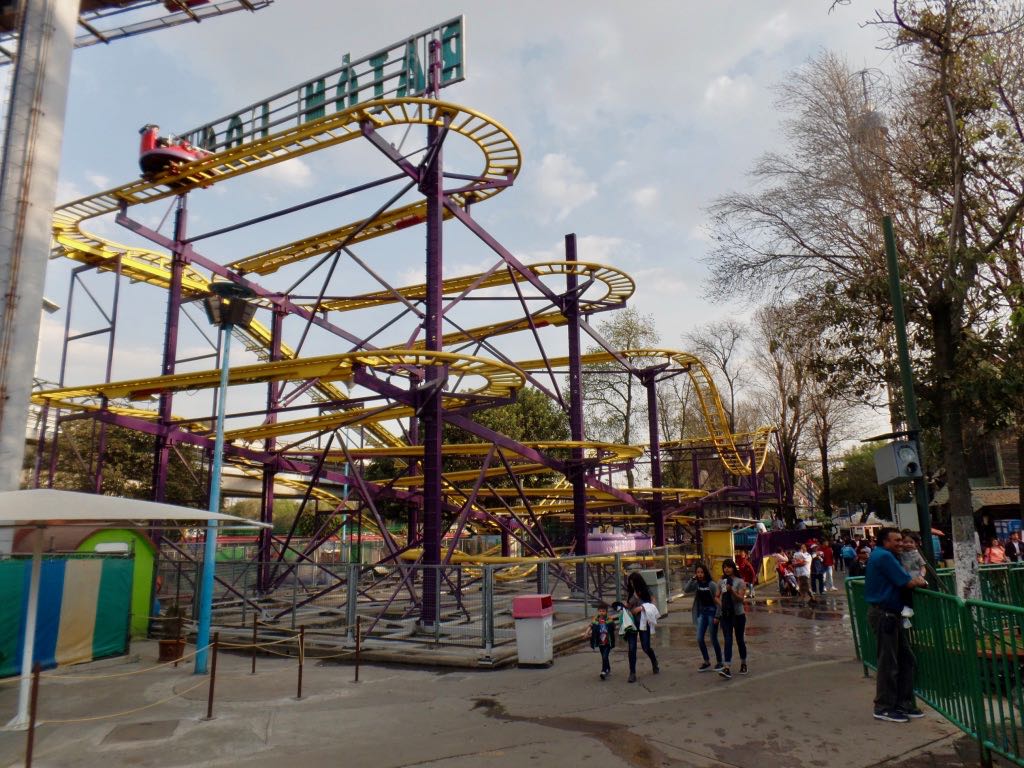 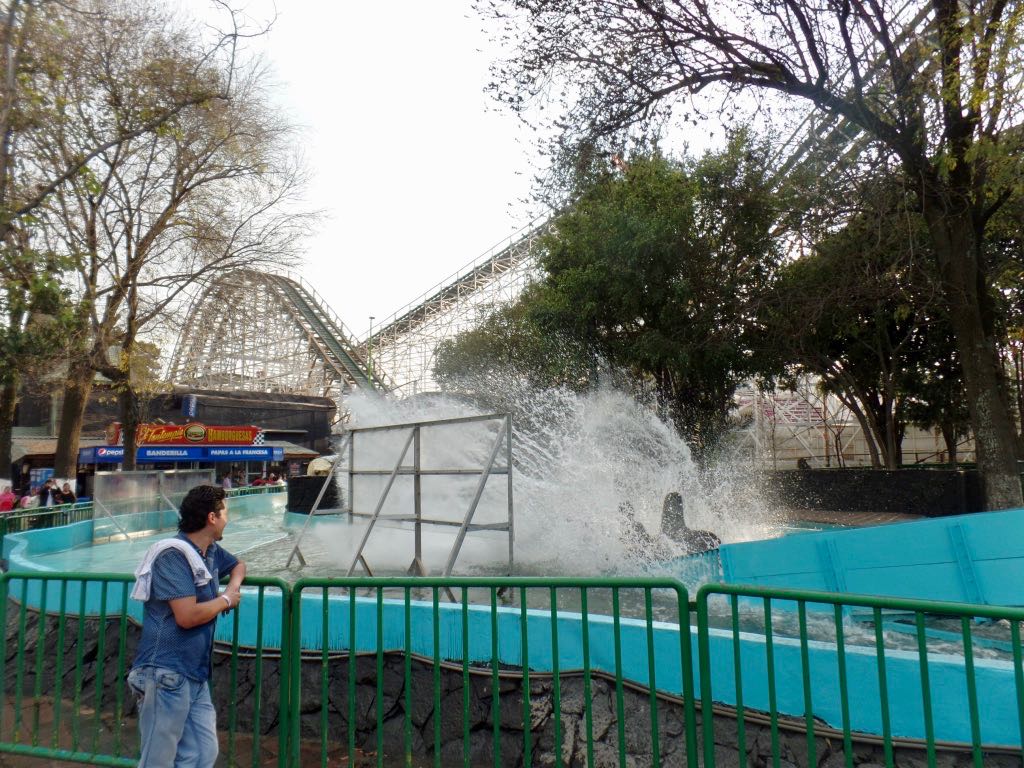 The log flume! They had one that we didn't ride, but I love how casual the guy looking over the splash is here. 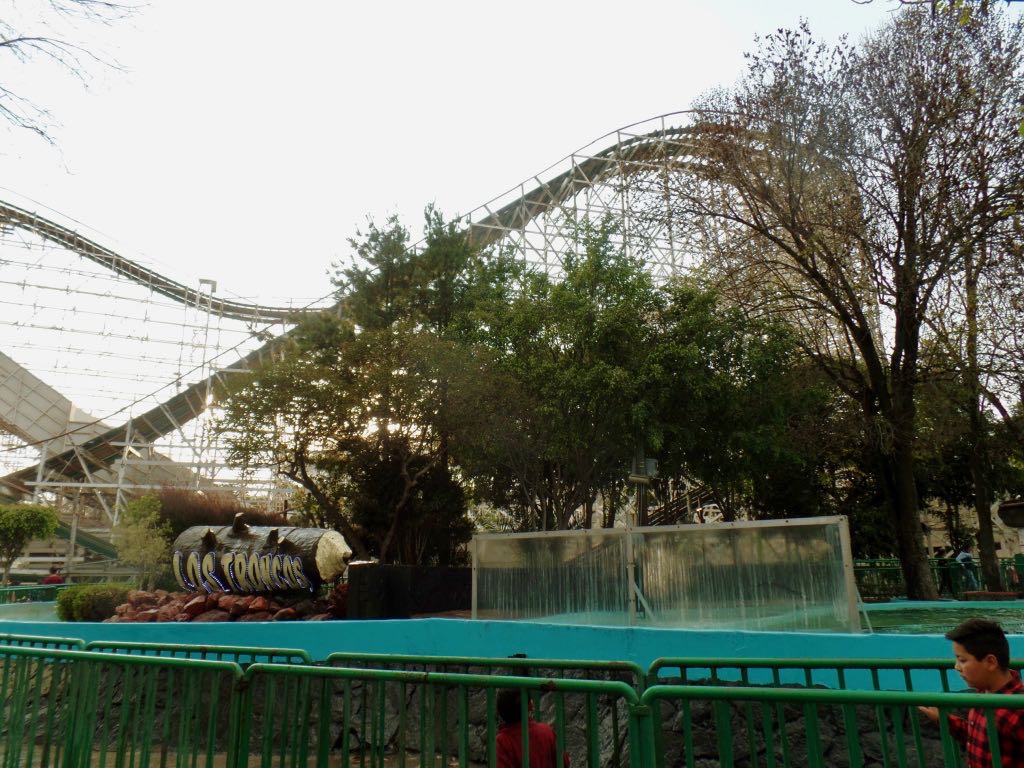 The log flume in a moment of quiet, in-between splashdowns. Also a chance to see the ride name, Los Troncos.

Trivia: The basic unit of weight for the Metric System, accepted by the Constituent Convention the 1st of August 1793, was to be named the ``grave''; it would later be renamed the ``kilogram''. Source: Measuring America: How the United States was Shaped by the Greatest Land Sale in History, Andro Linklater.