So Thursday we all set out again. I drove, this time; JB had driven us the Saturday before. This was a bit of fun since my car is a subcompact. JB is approximately eighteen feet tall, but he was able to fold himself up in my front seat. MWS is about my height, but could fit in the backseat. There was a slight mishap, because I forgot to warn him when I was closing the hatchback and it dinged his head. Or maybe the noise just startled him; he wasn't quite sure what he experienced. Just that it was unpleasant. Well, I don't usually have anyone in my backseat, much less a tall person.

In Fremont, at the soon-to-be-former Special When Lit facilities, we paid the $40 for unlimited entries. Which is a decent deal for me; at these tournaments I usually put in around that. Maybe $50. There were more people playing Thursday, including some actual locals from Fremont who came in to play a couple games and see what all this action is like. We'd worried that being at the Special When Lit facility --- away from town --- would keep anyone but pinball enthusiasts from attending and that's less fun. I think it cut down the walk-in traffic, but the number of people putting in scores wasn't much lower than last year's. A more serious problem is we couldn't just walk out into the carnival, but we usually would do that only after being knocked out of the tournament anyway. We'd have Saturday for that.

And the day was a productive one. We all put in scores that bettered our chances. I never got a top-five finish in any of the Classics games, for example, but I did at least get top-ten finishes in three of them. I did get to top-ten finishes in the six Main tournament games, including --- for the last game of the night --- a Road Show finish that beat everyone's, keeping MWS from being Mister 400 for another night.

The daily tournament? This was on two games, Gilligan's Island and Blue Chip. I had one Gilligan's Island game that went great. Gilligan's Island is an early-90s game which has great use of the theme --- the setup is you make the various shots to assemble components of Lava Seltzer, and then 'deliver' it to soothe Kona, the God of the Island. The weaknesses are that there's not a lot to do except make this string of shots, and many of them aren't fun shots. And the scoring is screwy. Like, if you don't finish making the Lava Seltzer, you earn two million points. If you get lucky and are able to finish the Lava Seltzer you get a gigantic score; you get 50 million points for repeating one shot six times. Most people can't do that. I got somewhat lucky, one game, and put up 18.7 million, in part by the ball getting stuck just as a high-scoring mode was ending and being counted as a spurious extra shot.

bunny_hugger put up a fantastic score of 21.9 million, just before our quartet went out for dinner. When we came back MWS played and beat her score, which gave him the comic reputation for just going out and spoiling other people's good news. This is part of what made my last-minute Road Show score, beating his, so satisfying.

I had a mediocre Blue Chip, surprising because in a tournament two weeks before I'd absolutely ruled on that game. It happens. When it was through, I was in 9th place. The top eight went on to the daily tournament. MWS went in as second seed. JB went in as 8th seed.

bunny_hugger went in as 5th seed.

The daily tournament was two rounds of four games each on the daily-tournament games and the Classics games, plus another old electromechanical that they had. And here ... well, it went lousy.

bunny_hugger had a last place on Blue Chip, a terrible score where she'd only need a mediocre one. She had a second-place finish on Surf Champ, then another last-place on Mystic and a last-place on Knockout, a game that she's always good on and that I am never good on. She was knocked out of the first round of the daily tournament and mourned not having spent more time shoring up her Main and Classics standings. We would not be coming back Friday, and while there was some qualifying time Saturday morning it might not be enough to get back into qualifying range, if the Friday competition was tough.

JB and MWS were also knocked out the first round of dailies.

We finished Thursday, MWS in first place, me in third, JB in fourth, and

bunny_hugger in 11th, in main. I did not log where we were in Classics, but MWS was always on top, JB close behind, and

bunny_hugger was always ahead of me.

Friday we would just have to wait and hope that we didn't fall too far.

Trivia: In 1799 James Watt's Cornish agent Thomas Wilson calculated that local mine owners owed the company £162,052 3s 7d in royalties. Source: The Lunar Men: The Friends Who Made The Future, Jenny Uglow. Estimated.

PS: A bird at La Feria by night. 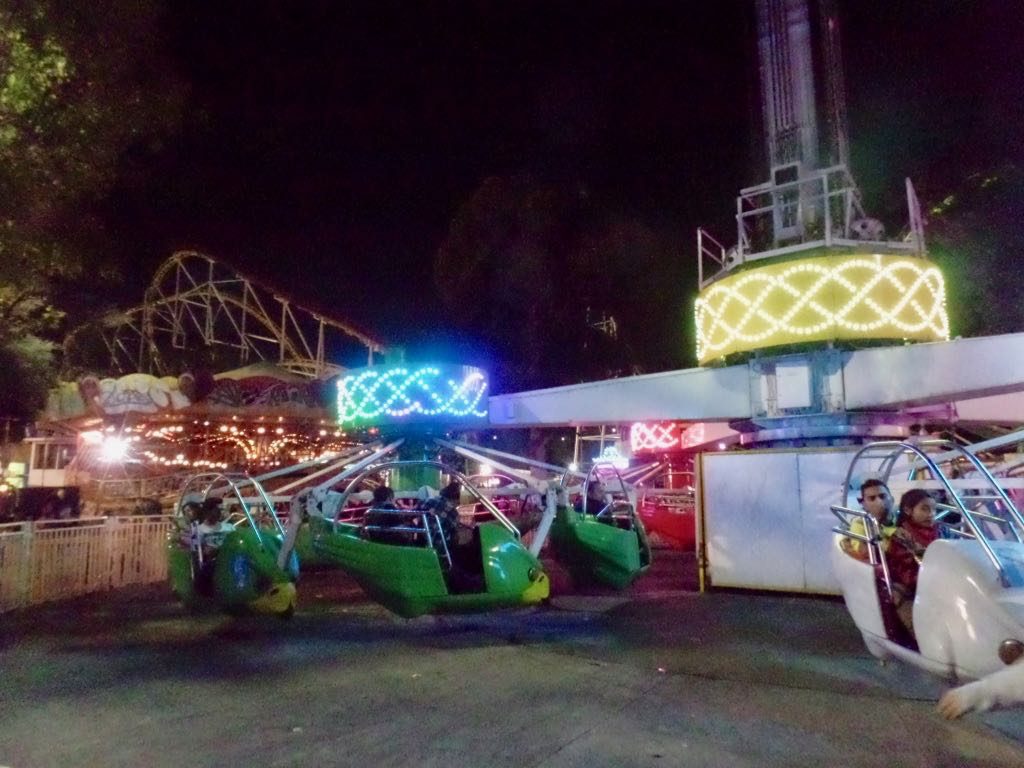 And here is Cóndor! It was finally running, by night, and promised some great pictures. 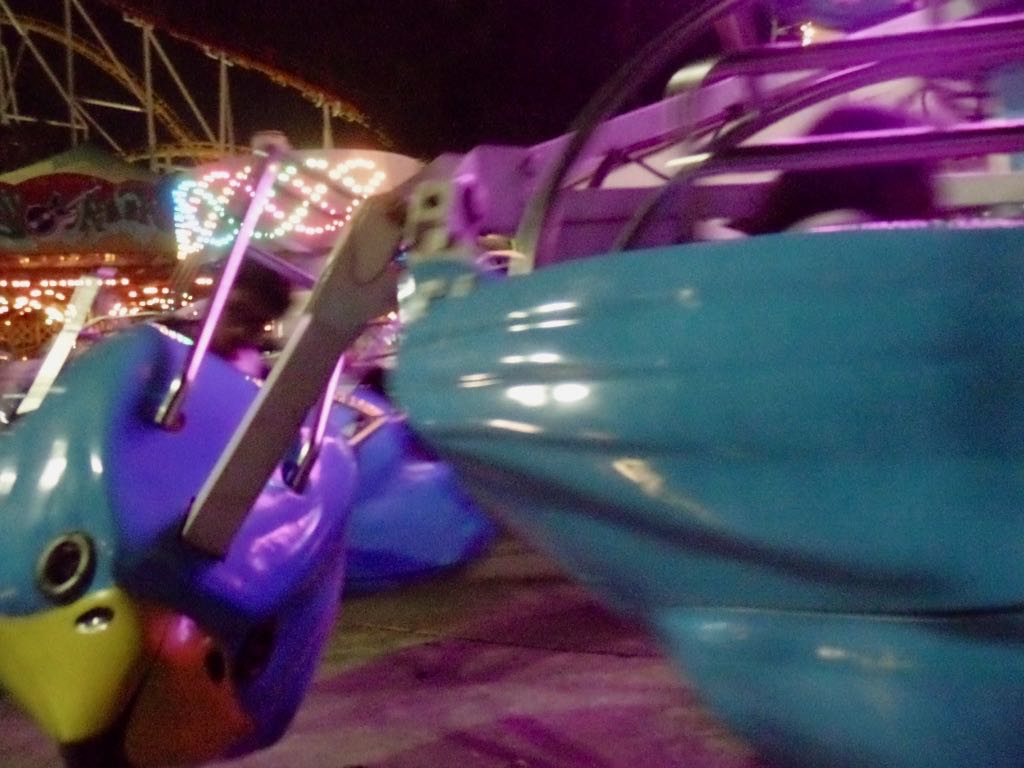 Cóndor swinging into action and surely not attacking little old me, right? RIGHT? 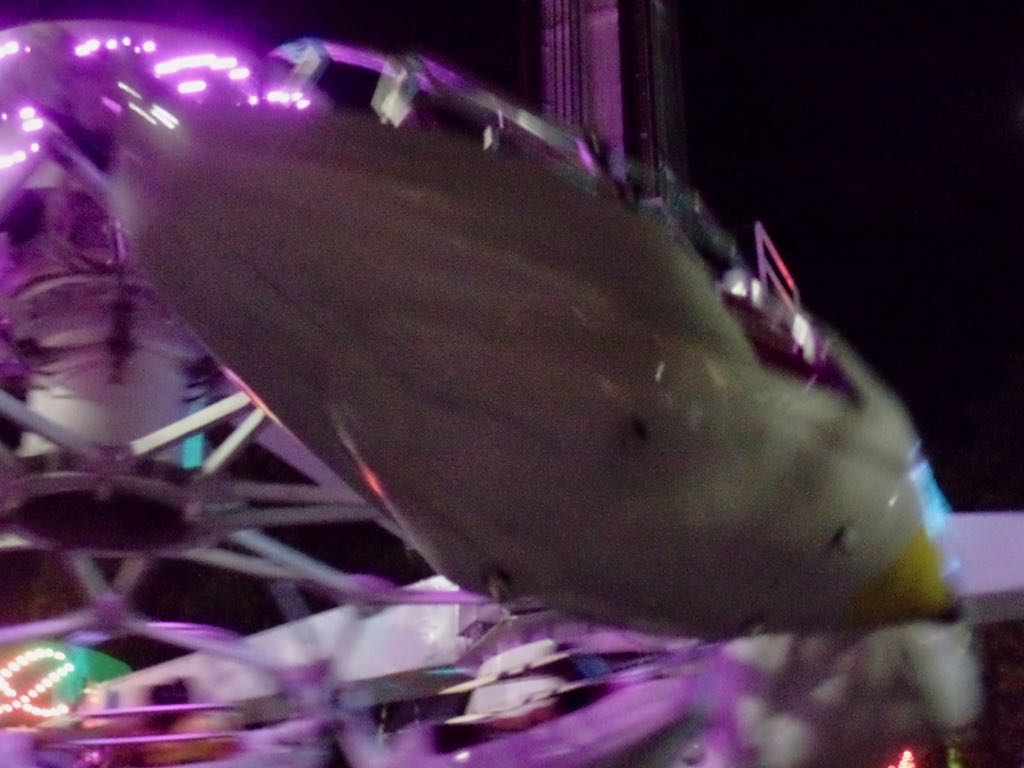 Whew! The underside of a Cóndor bird.