But take me to the fair

I still haven't hit the big crash on my humor blog. That's the day I run out of time to write stuff and post stuff. This past week, I had all kinds of content to consume, such as:

And there we go. Now let's enjoy the last of my pictures of La Feria! 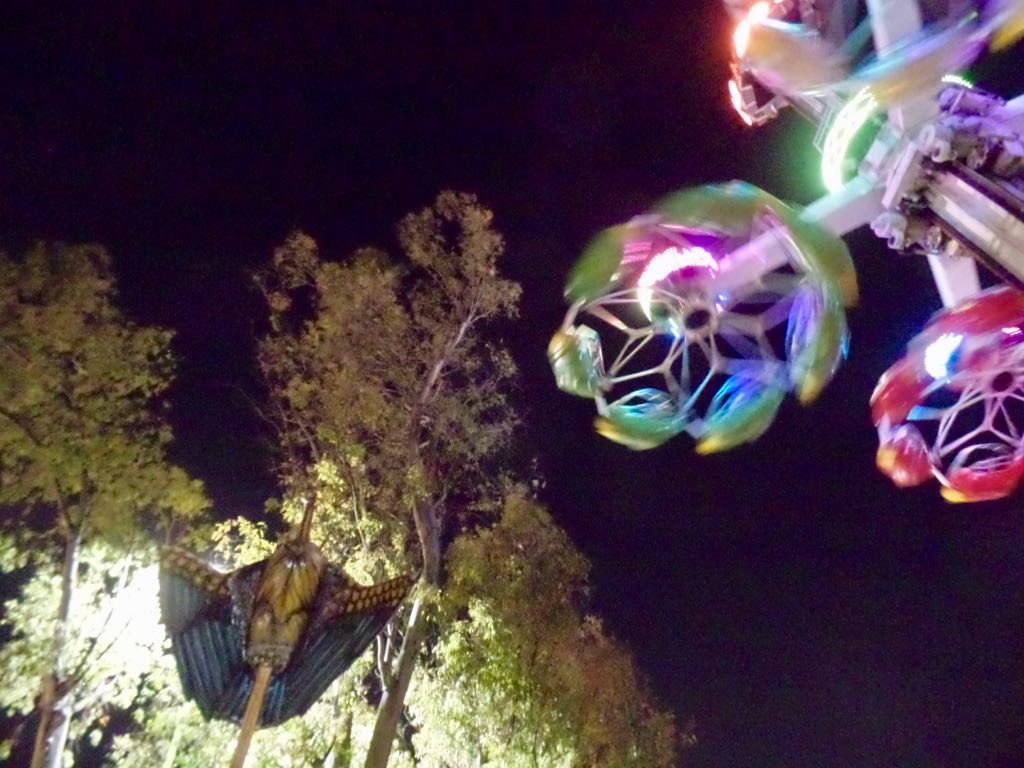 Cóndor sculpture peering over me while I look up at the ride in motion. 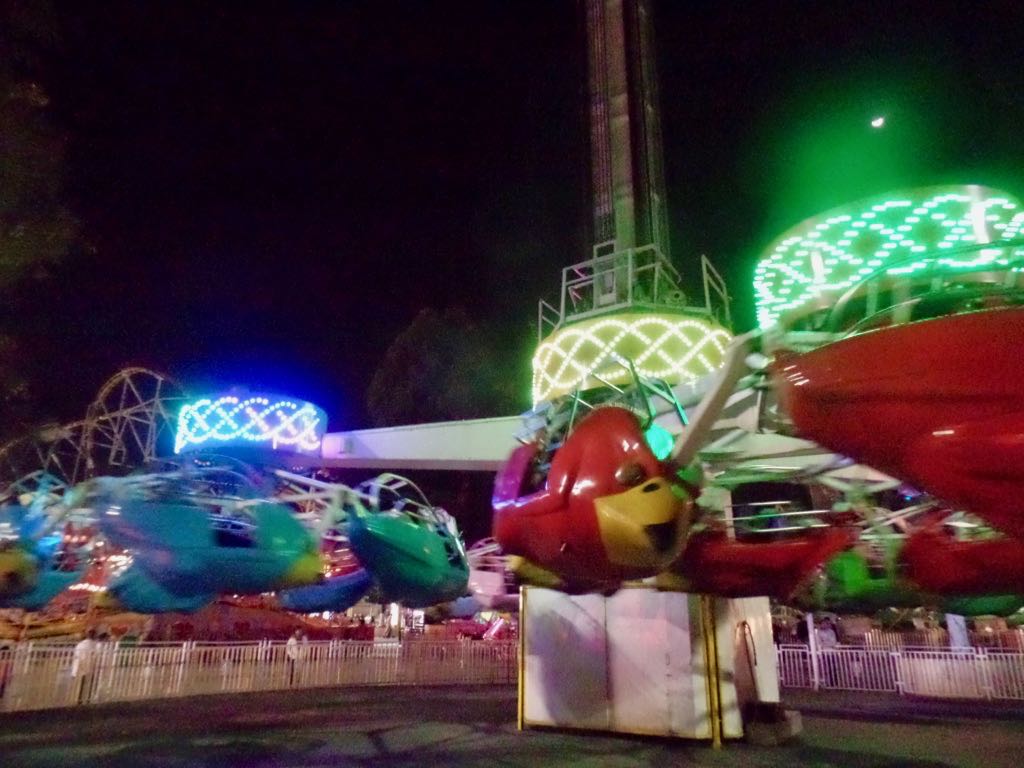 Cóndor returning to base for us to get in our last ride of the night. 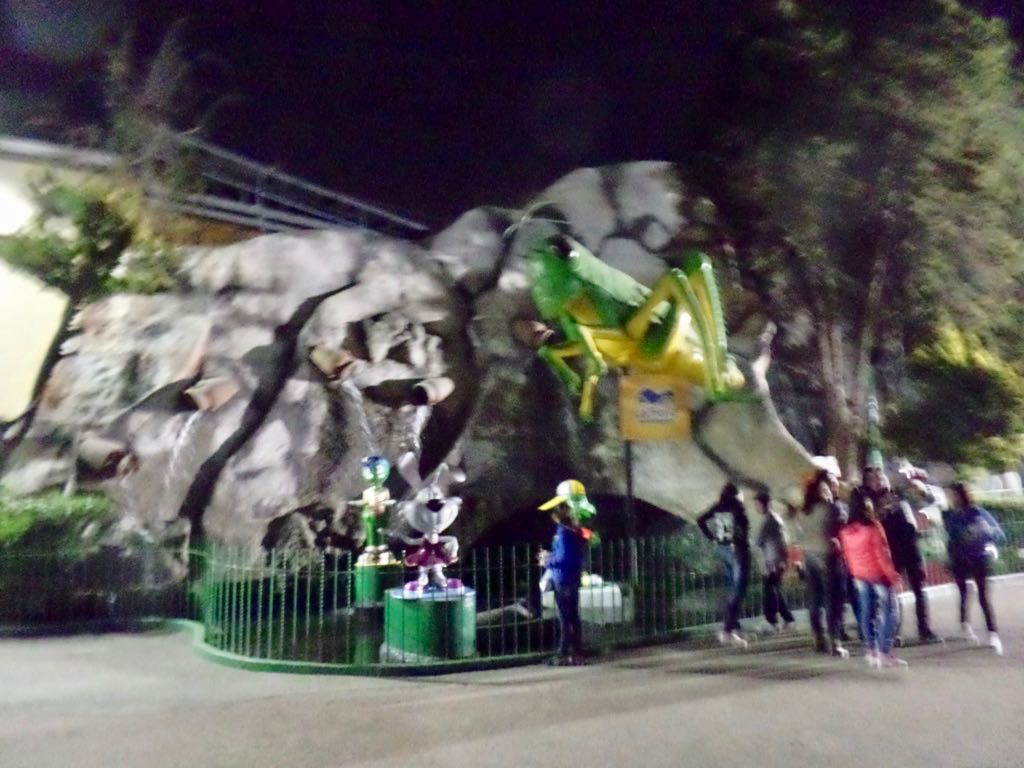 Exiting the park: the sculptures and the giant grasshopper statues, the things we first saw when the taxi took us to the park in the morning. 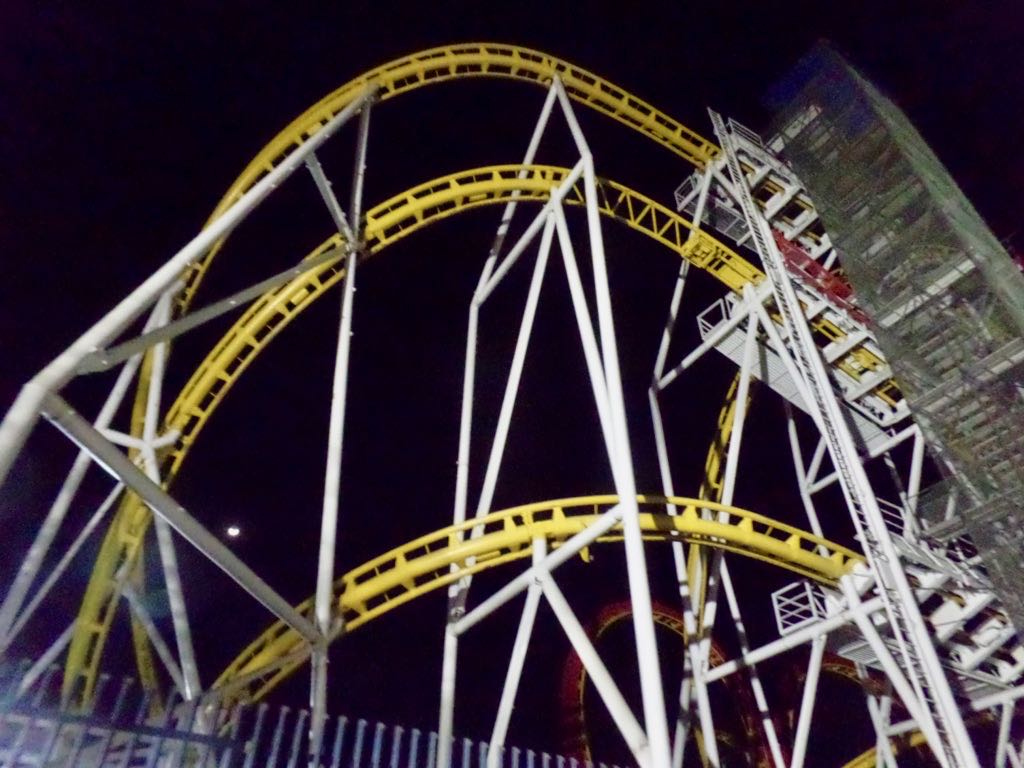 Looking up at Quimera from outside the park. I love the brilliant roller coaster track against the dark sky. 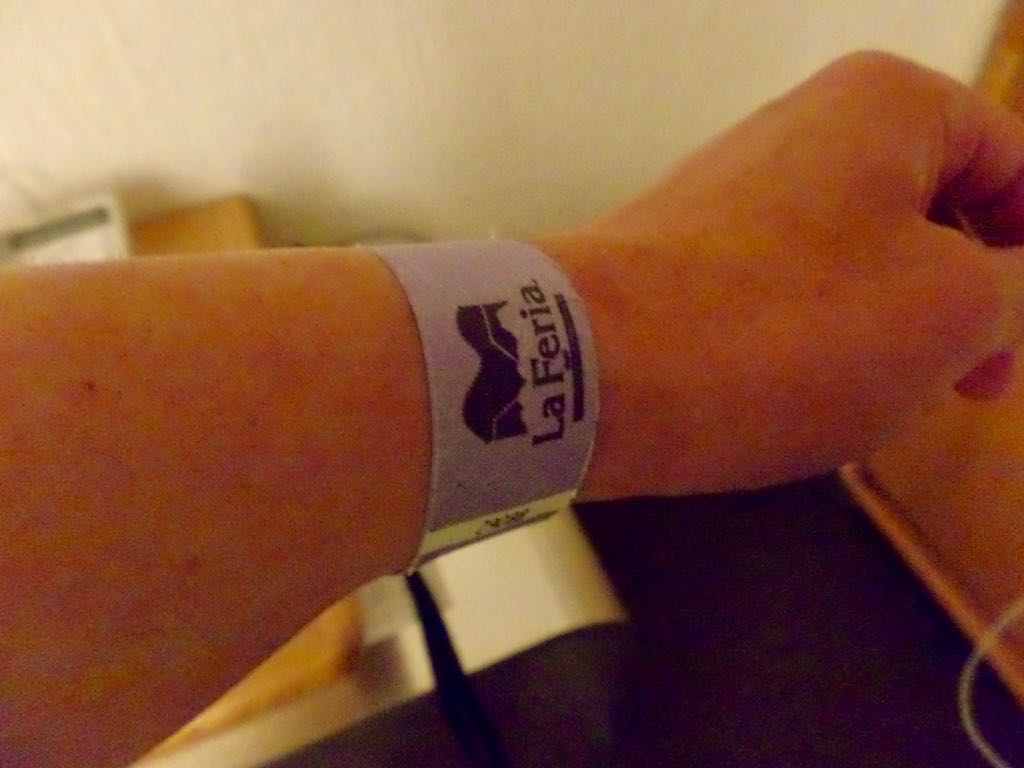 And one quick final look at my ride wristband.

And with that ... we're done with our amusement park visits from Mexico City. The next day, a Monday,

bunny_hugger was envious of my having seen a real, if small, Mexican pyramid and she took the day to see it with me. So let's see what that looked like. 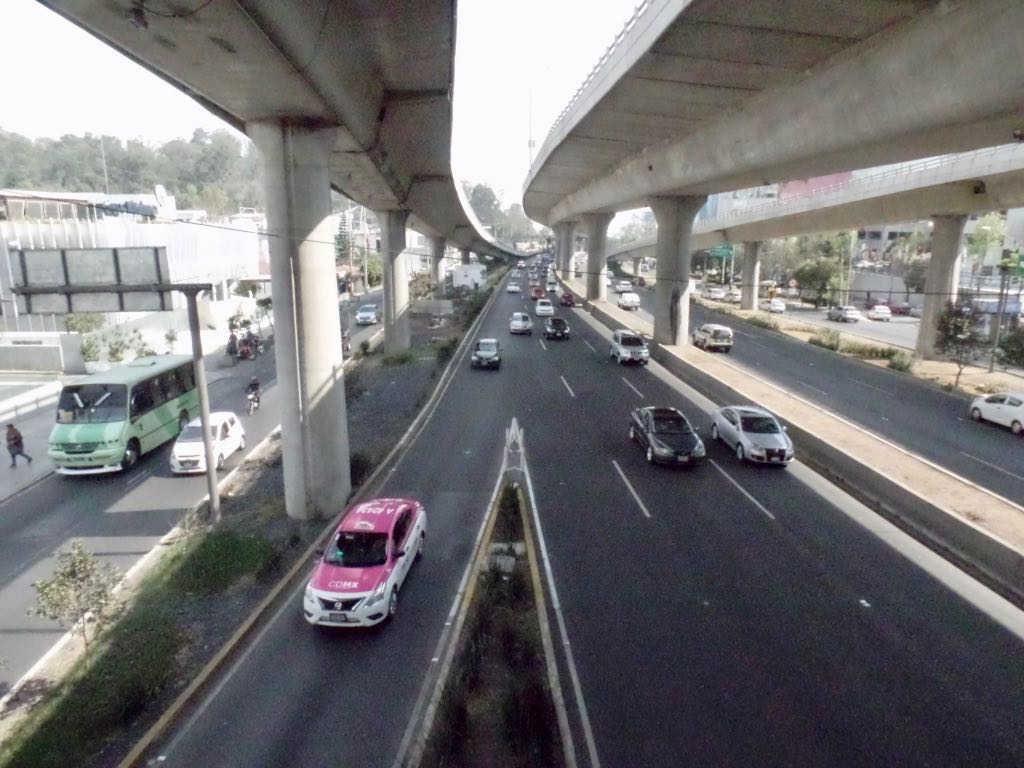 But first ... we cross the highway, using a pedestrian overpass. This was to get somewhere to eat. The highway design struck me as so much like that of expressways in Singapore that I felt a strange homesickness at this. 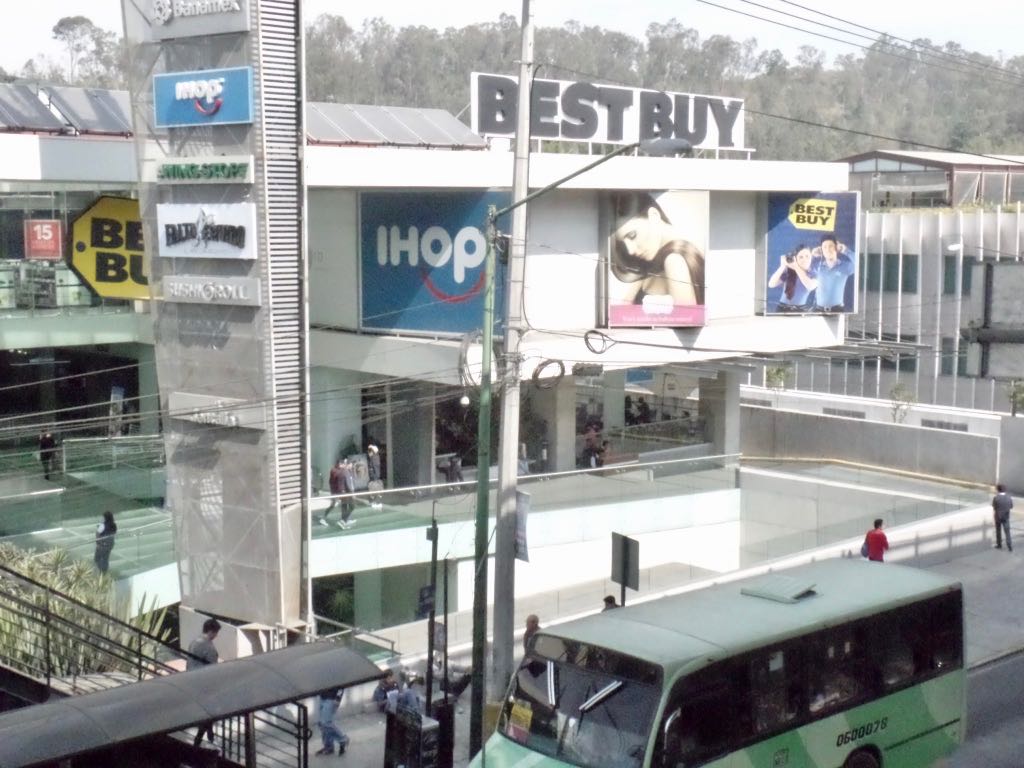 The shopping mall opposite the highway from our hotel. This might seem a bit Americanized but, don't worry: they had a Carl's Jr too. Yes, we ate at the IHOP, but it was mostly ironically. We managed to eat and all that without anything going too terribly wrong, except for where the server asked my preference for this or that, and I had no idea what either thing was so I tried to just say ``yes'', on the theory that I should at least be agreeable. 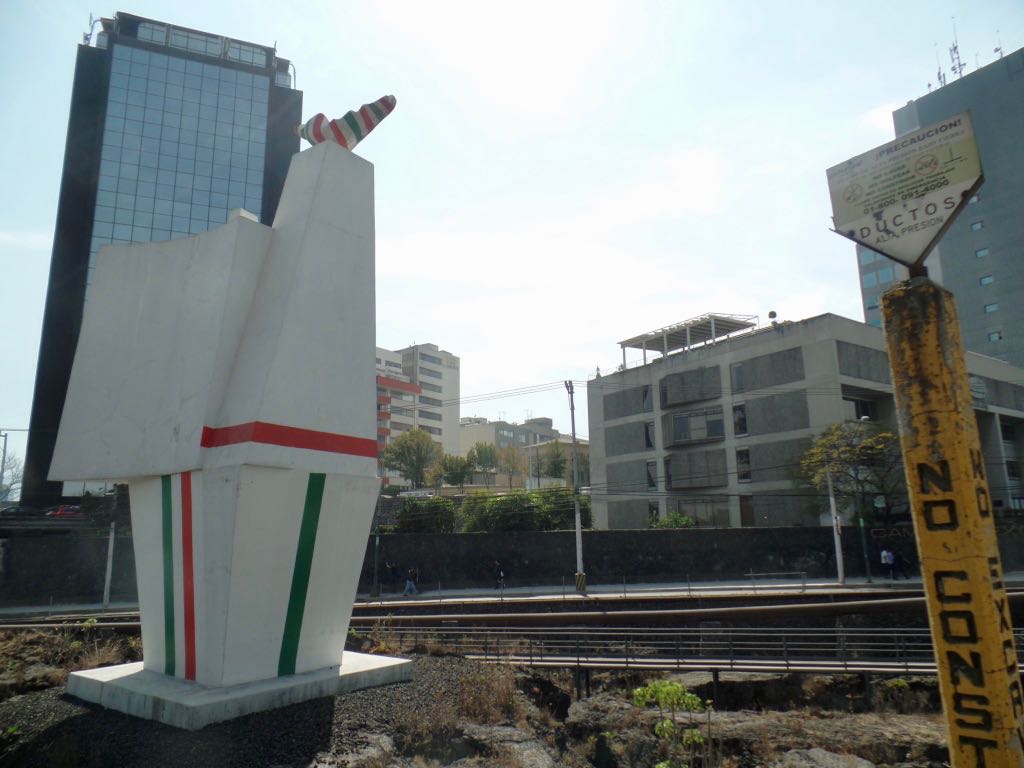 Walking down to the pyramid. This is a bit of public park area in the interchanges between highways. It evokes a bird at least. 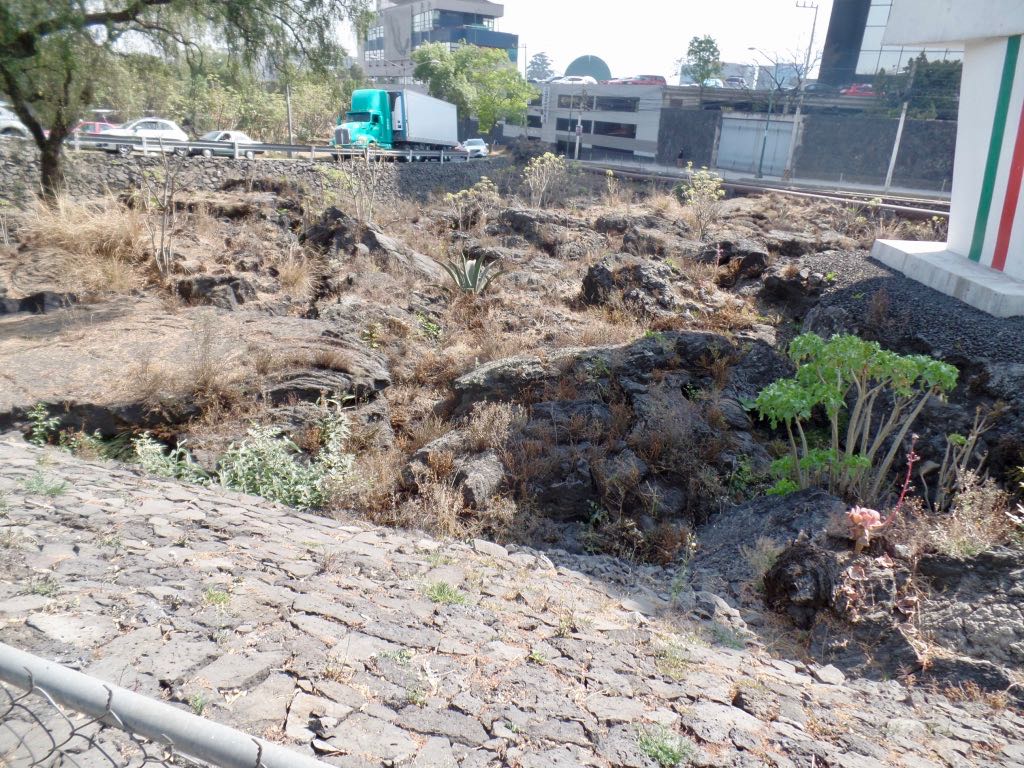 And the ground beside the large, abstract bird sculpture in this public area. It looks as though it's wild, natural terrain, although it's hard to suppose that they built highways like this around that without disturbing the land. 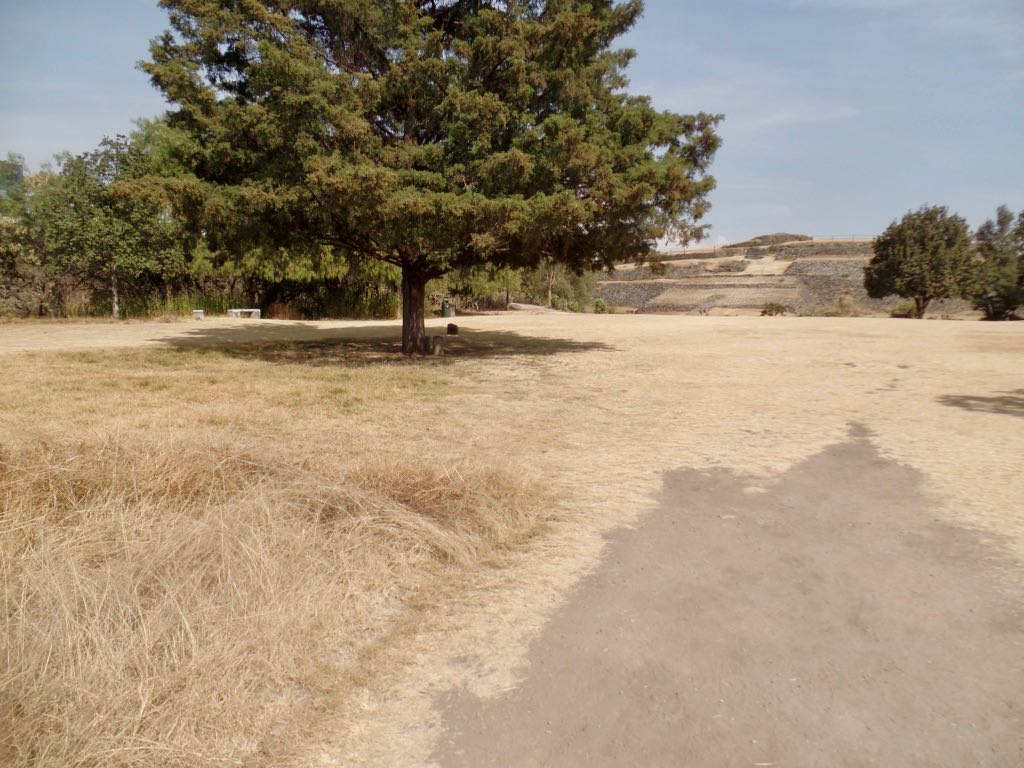 And here we are! Back at the Cuicuilco Pyramid, looking up the long climb. 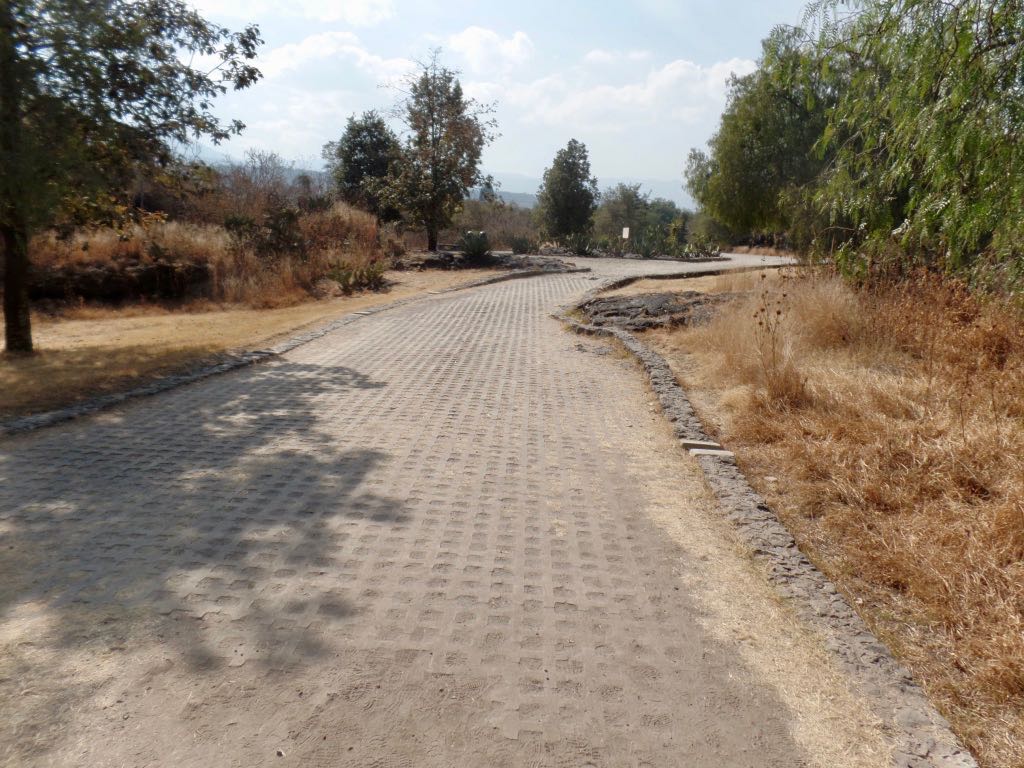 And a look at the start of one of the nature trails around the pyramid. I'll try not to repeat too many of the pictures I've already shared.

Trivia: BF Skinner's ``Project Pigeon'' scheme used, ultimately, three pigeons to guide a missile, the hope being that any one pigeon getting off track would be corrected by the other two. Source: Superdove: How the Pigeon Took Manhattan ... And The World, Courtney Humphries.

PS: How July 2019 Treated My Mathematics Blog, the belated but needed review of my readership there last month.