Take me to the fair

For the second Sunday in a row I didn't have a Reading the Comics post on my mathematics blog. Not that I didn't publish stuff there, just that it wasn't comics on Sunday for a change. What was there instead?

No story comic summary today. Between Pinburgh, pinball events, and the family emergency I didn't have time to write. Also work needed me to do stuff too, and during working hours, the rotters. So back to Mexico City pictures. I had told you I took fewer pictures of the Cuicuilco Pyramid when I returned there with

bunny_hugger, didn't I? Let me wrap the day up. 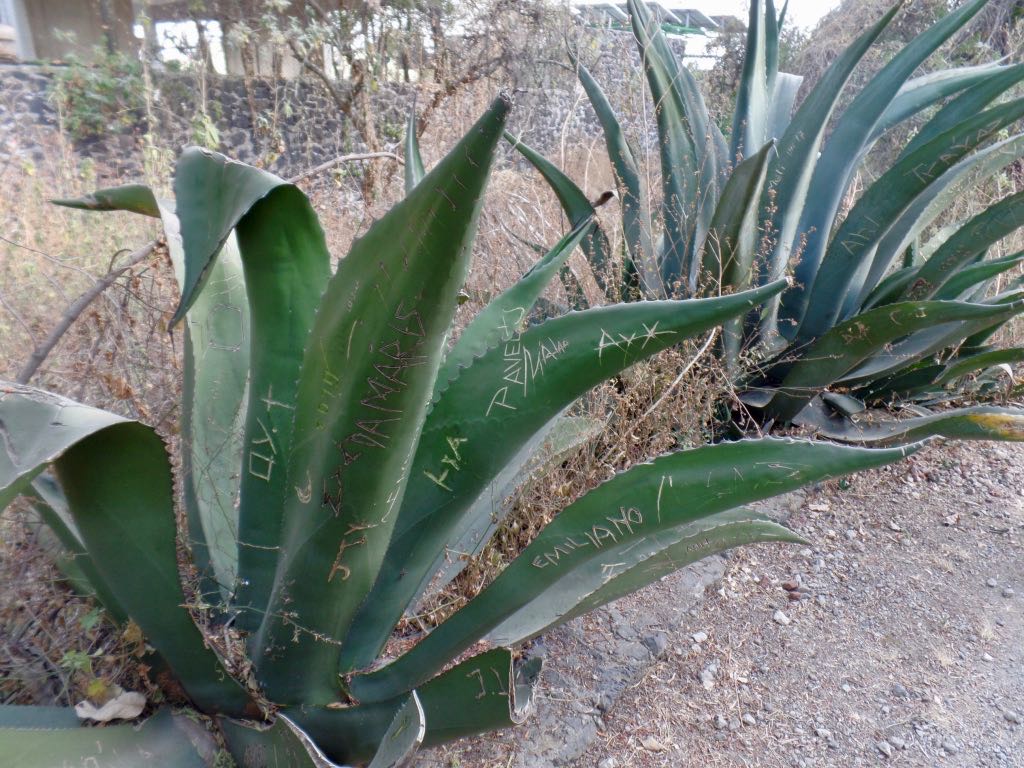 Aloe vera(?) plant that's become the victim of graffiti, with mostly names carved into the leaves. 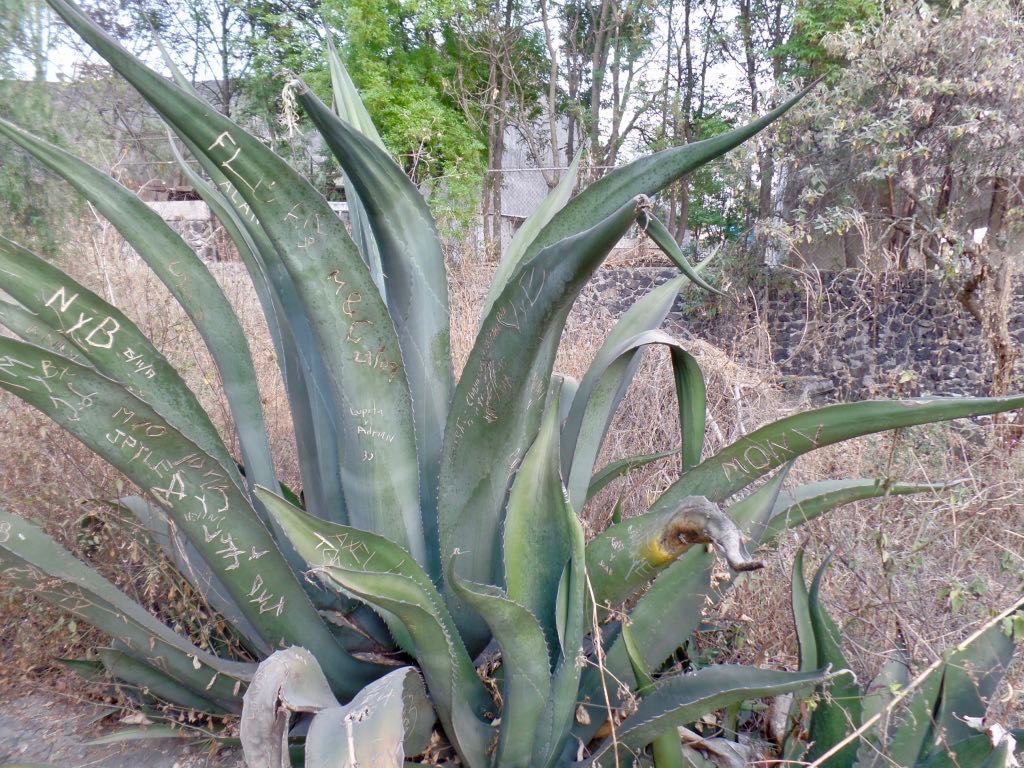 More vandalized plants. The plants seem to be carrying on despite the battery but I'm still startled anyone would choose to hurt the plans like this. 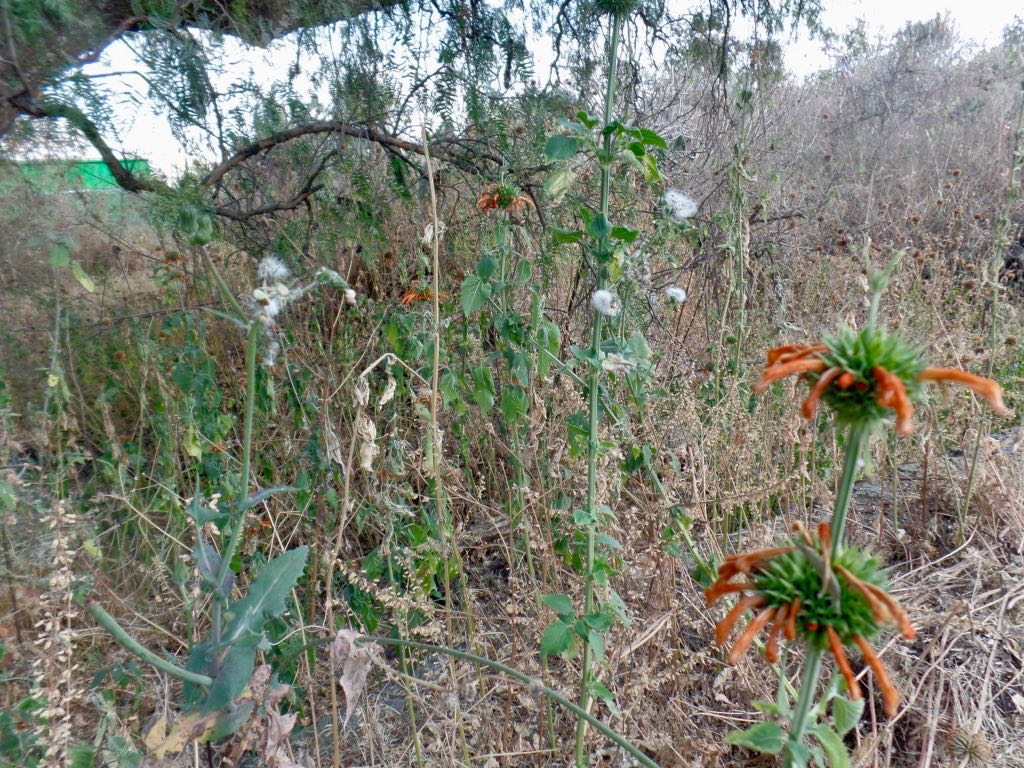 Here, just some wonderful-looking flowers with great shapes and play of colors. 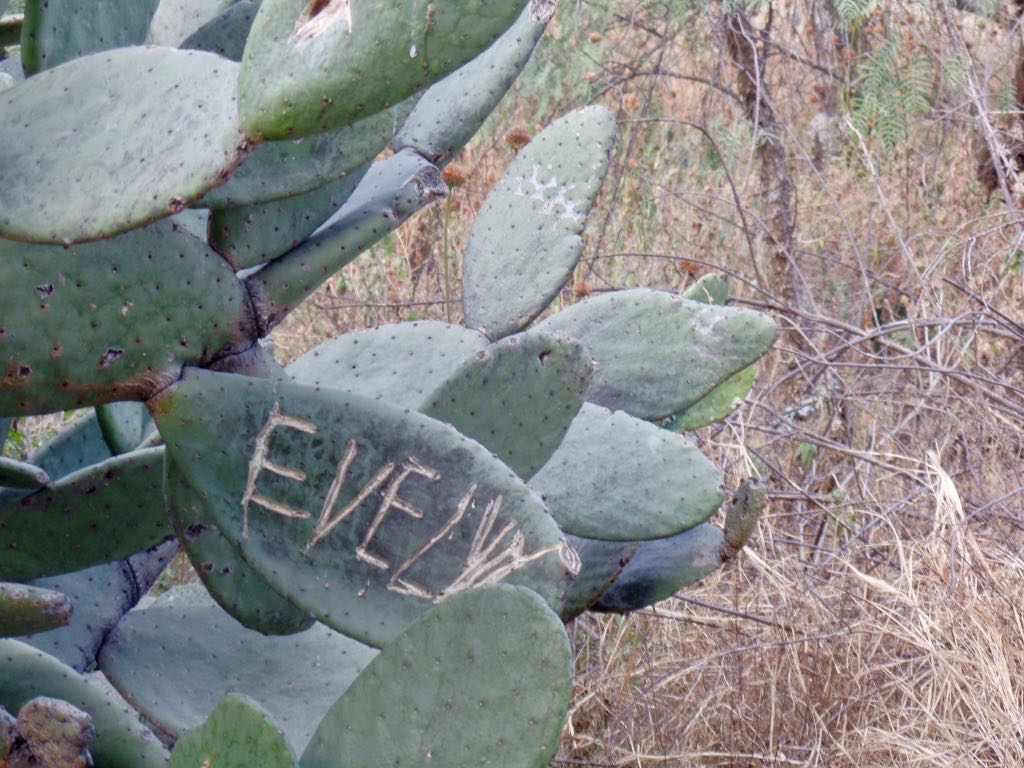 One more defaced cactus, which at least then hadn't attracted other graffiti. 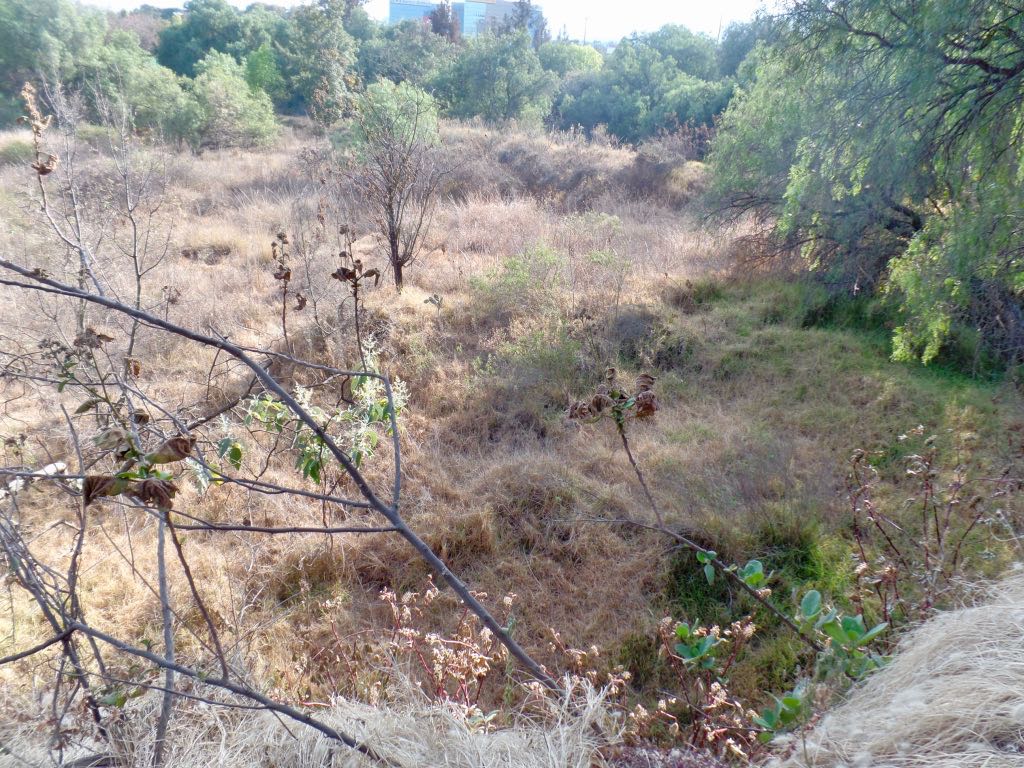 Looking off the nature trail into a nice grassy scene, with of course corporate-looking buildings in the far background because we were still solidly in the city. 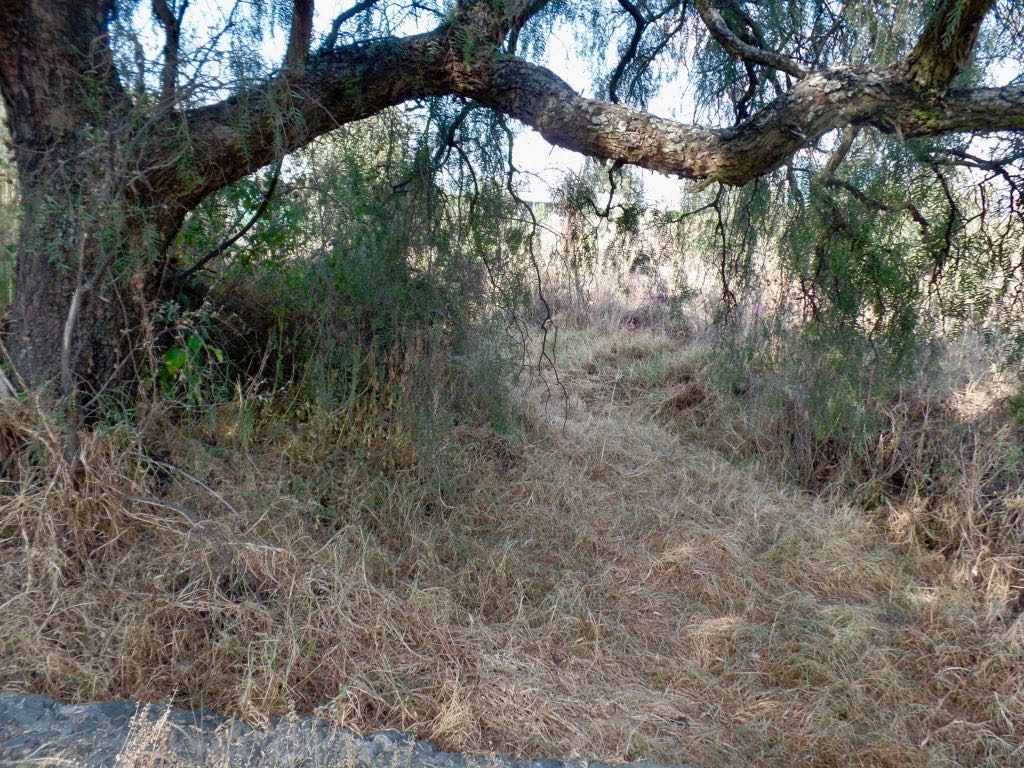 Pretty sure I remember this tree from any time Walt Kelly's Pogo had a wide panel, maybe for a Sunday strip. 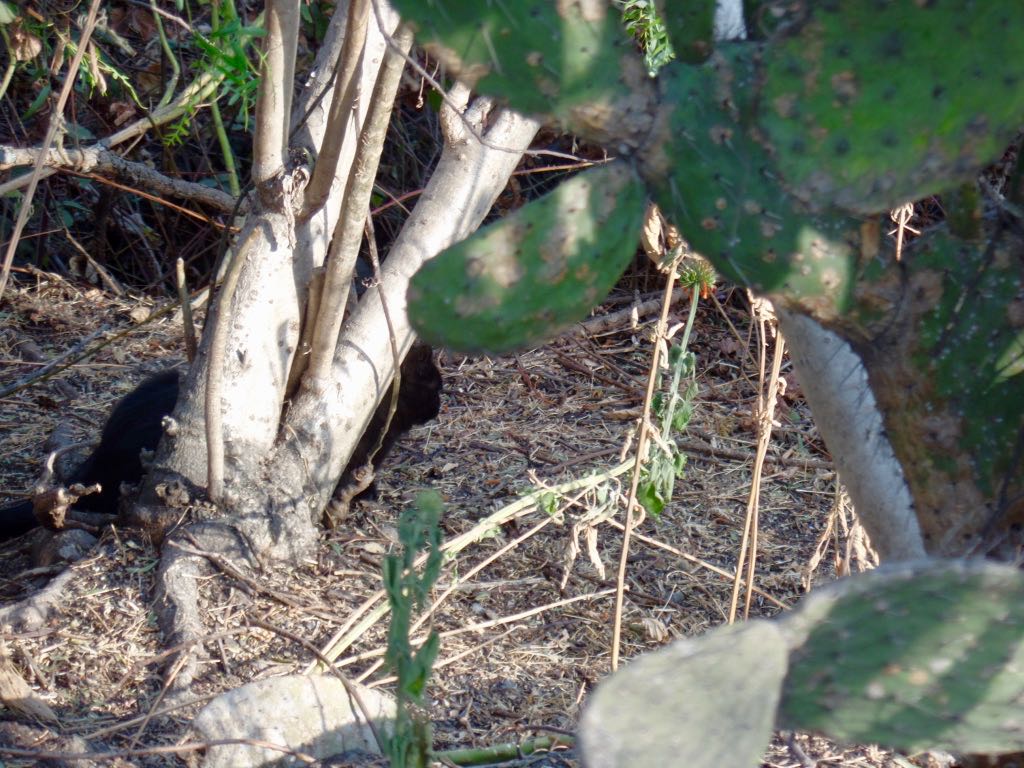 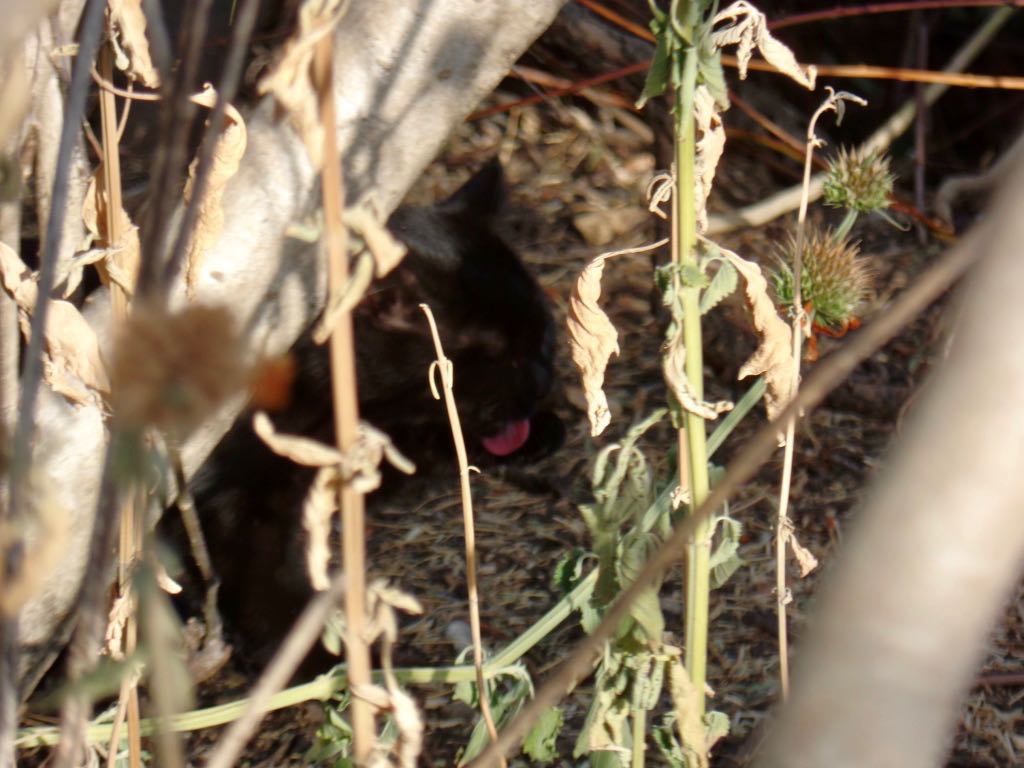 Why, it's a black cat sticking its tongue out at us! That's friendly. 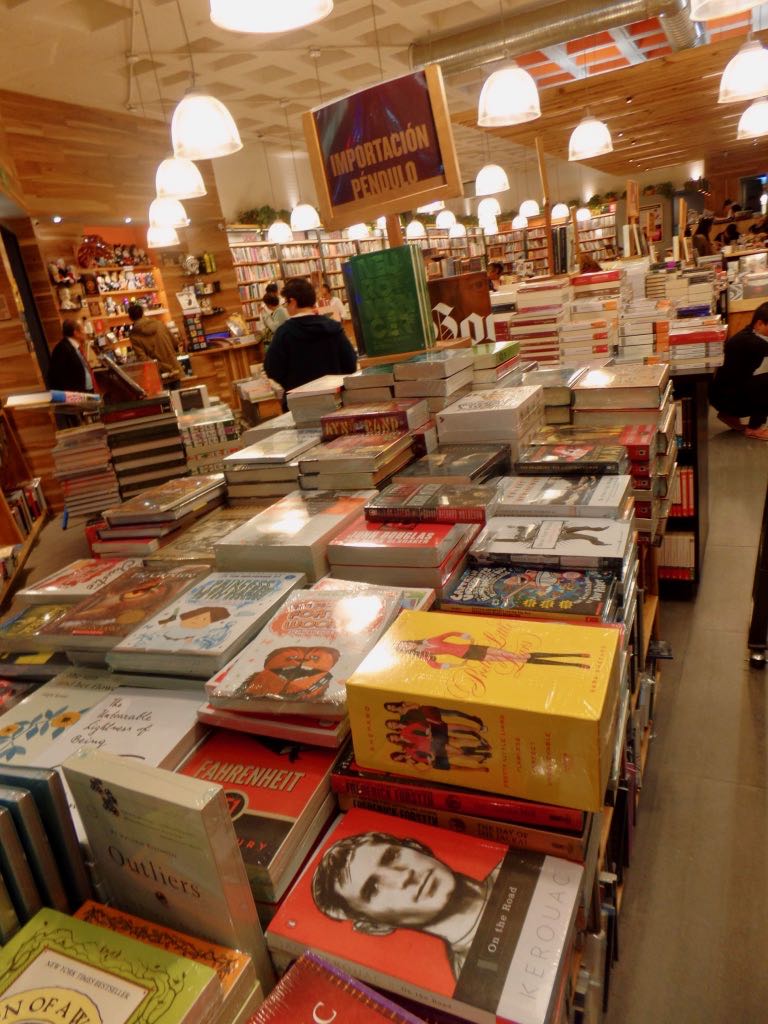 We went back to that shopping mall and roamed around a little more. Nothing very much but here's a picture of that cramped bookstore, which also had (you can see on the right) a cafe. Up front has to have been the table of English-language books. 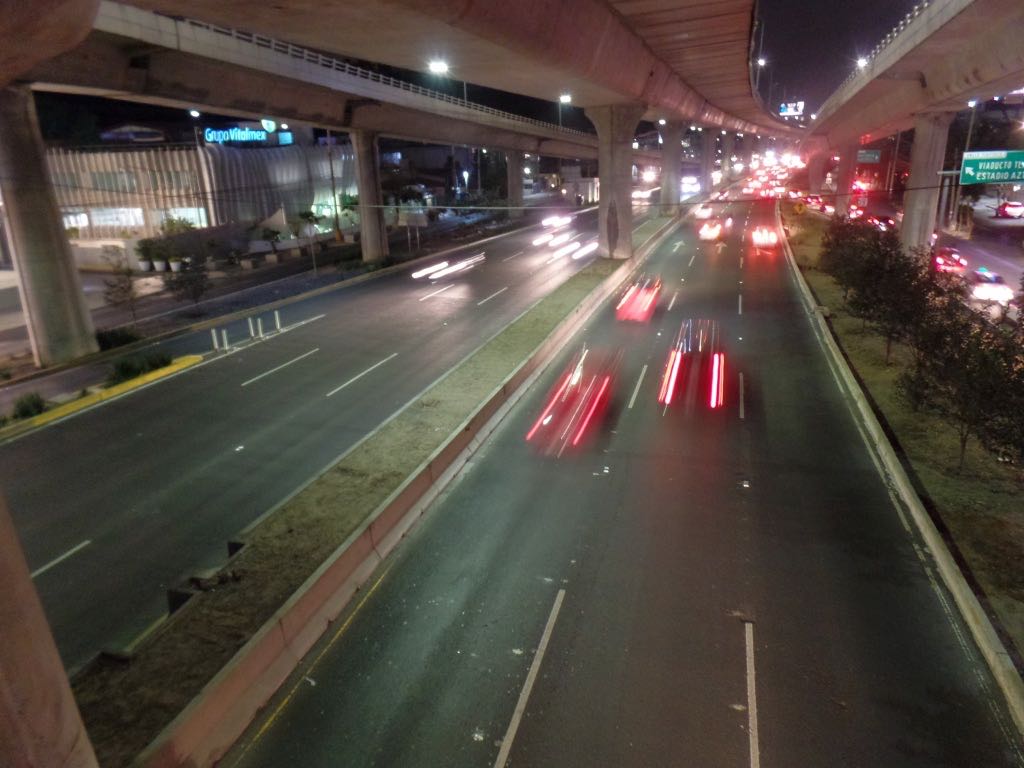 And returning from the mall and eventually dinner we got this picture of the highway as cars went into warp speed.

Trivia: In 1965 Otis Elevator bought Reflectone, a company which made electronics for military training equipment, from the Universal Match Company of Stamford, Connecticut. Source: Otis: Giving Rise to the Modern City, Jason Goodwin.