Into the woods, it's time and so I must begin my journey

I didn't review any cartoons or old-time-radio shows or anything like that on my humor blog this week. How did I fill that content hole instead? Thusly:

And now? Into the domesticated woods! 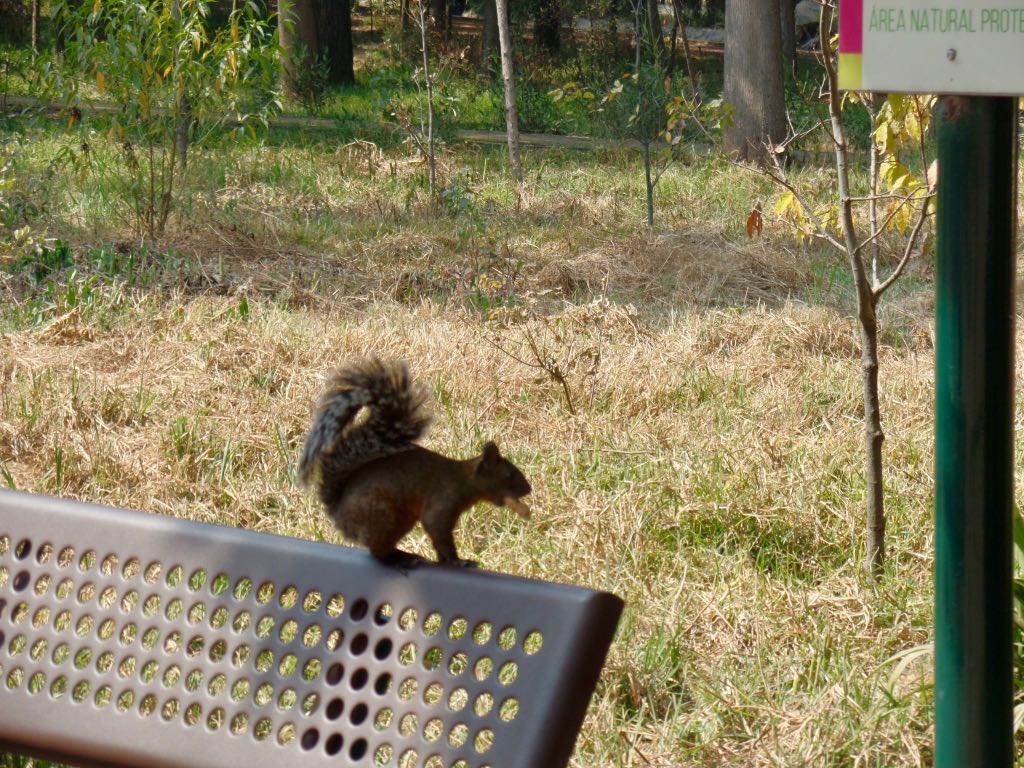 Bosque Tlalpan squirrel with some human-provided dice in its mouth! 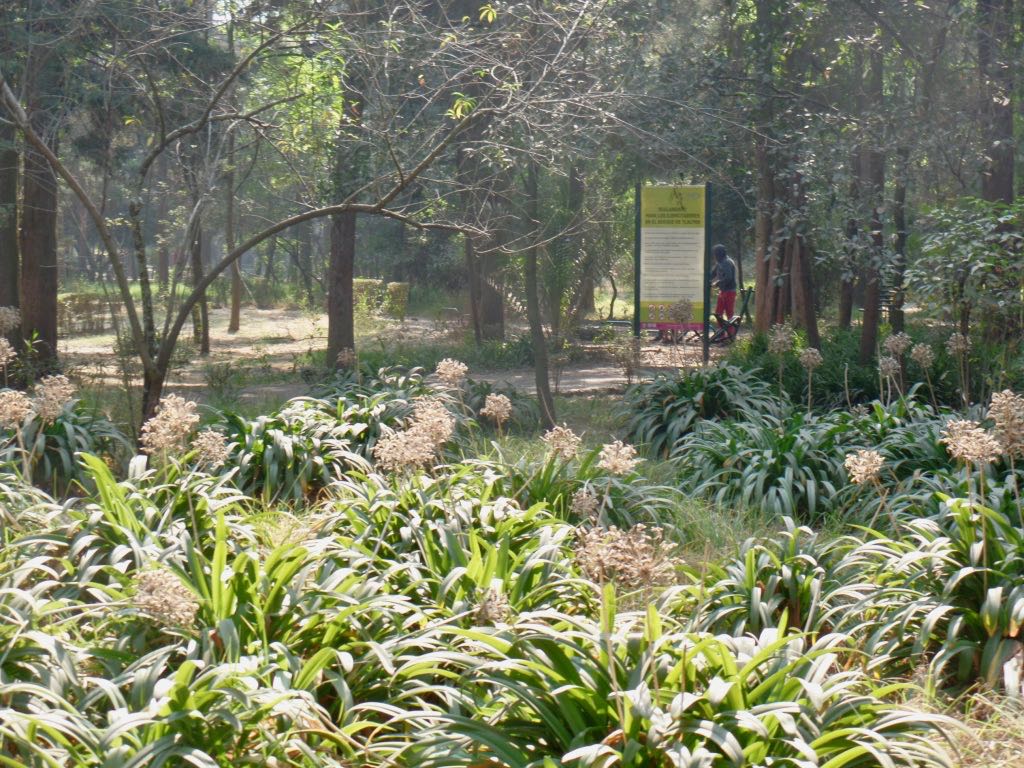 A look at some of the flower arrangements up front, and the start of one of the heavily used walking trails. 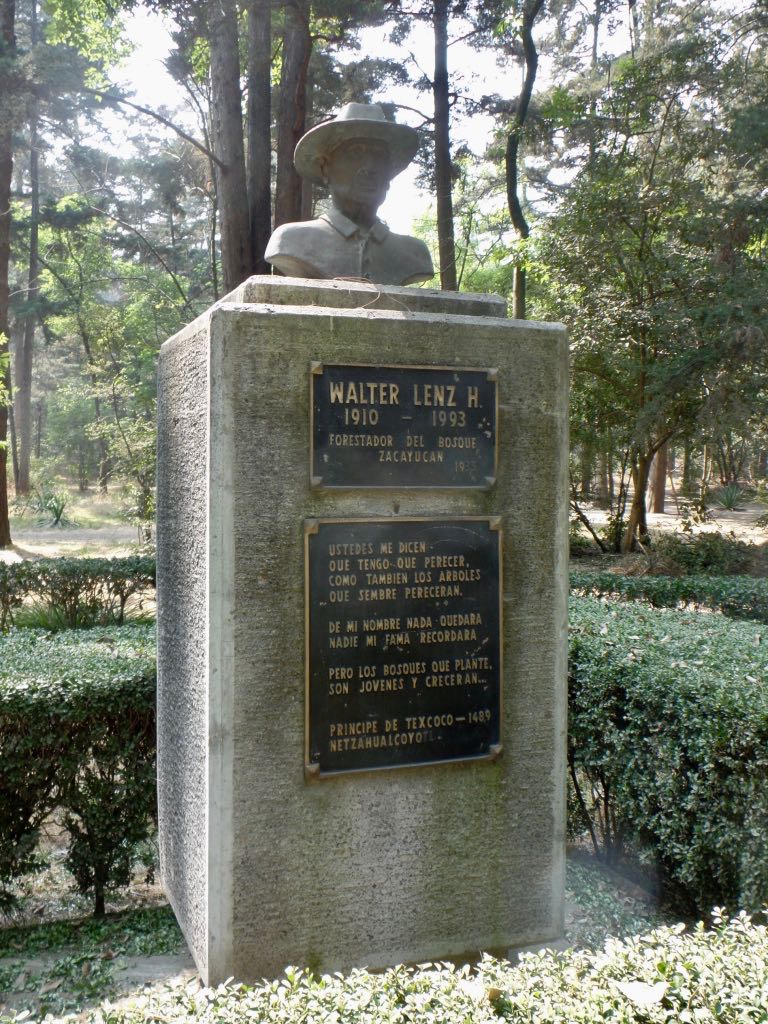 Statue commemorating Walter Lenz H, with a plaque the gist of which I understood even without my iPod's translation dictionary. 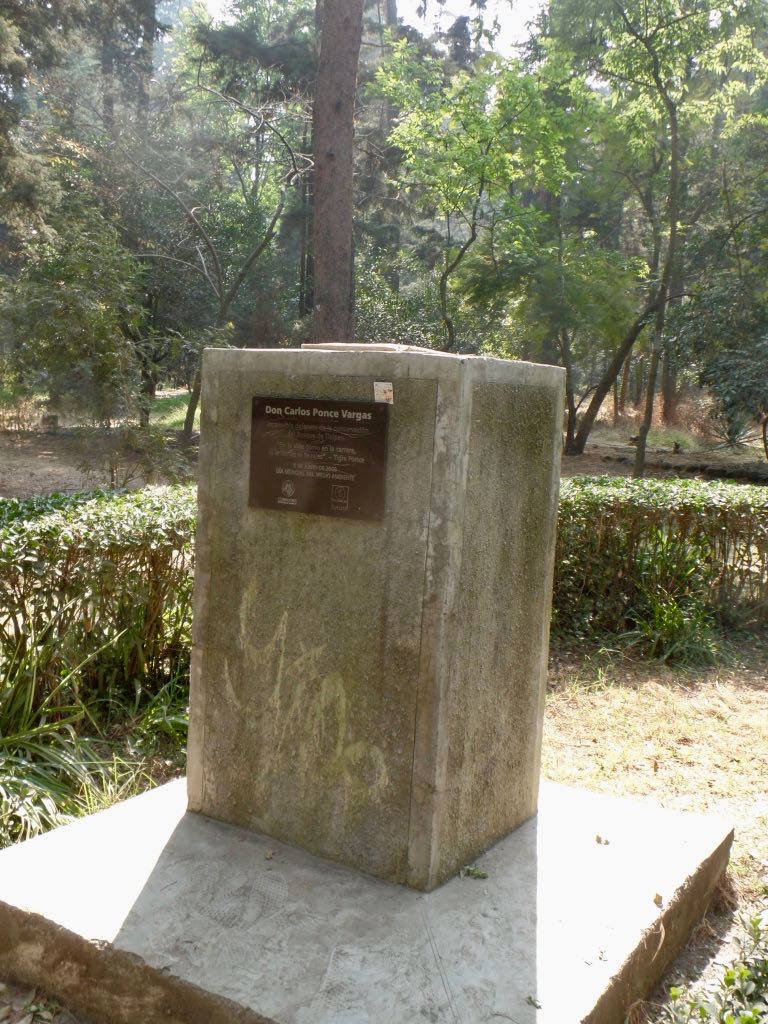 Pedestal commemorating Don Carlos Ponce Vargas that ... I don't know. I assume it's being renovated or restored after perhaps some mishap? 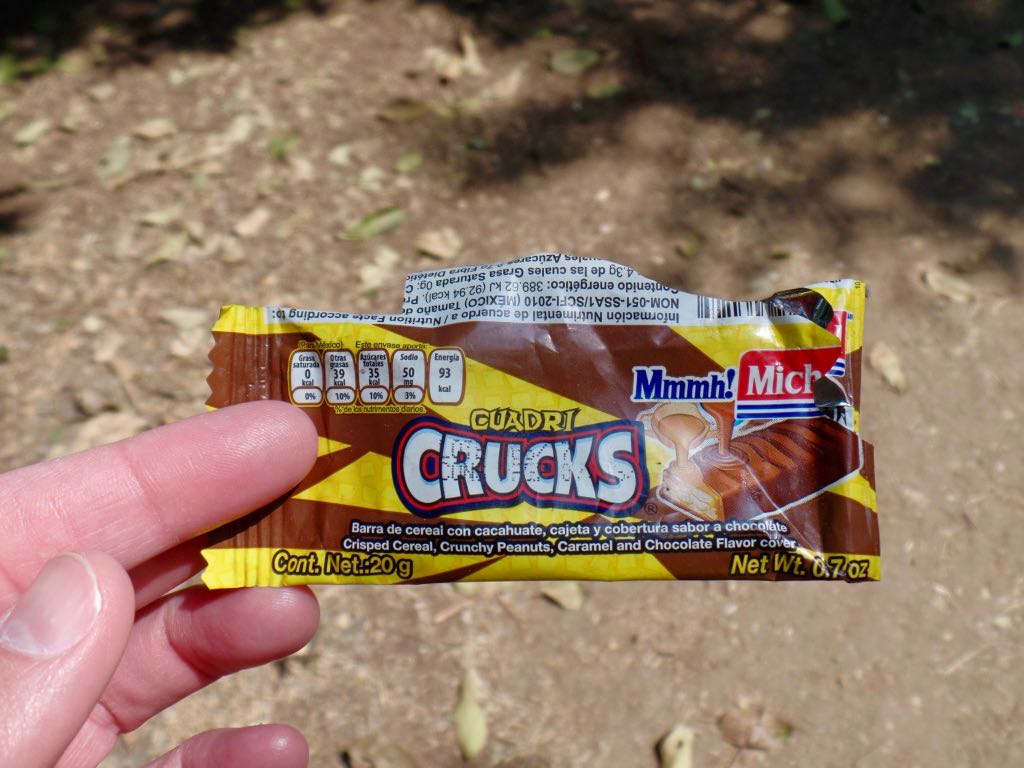 Oh, yeah, the snack I'd gotten, a pleasant little thing somewhere in the KitKat family of snacks. 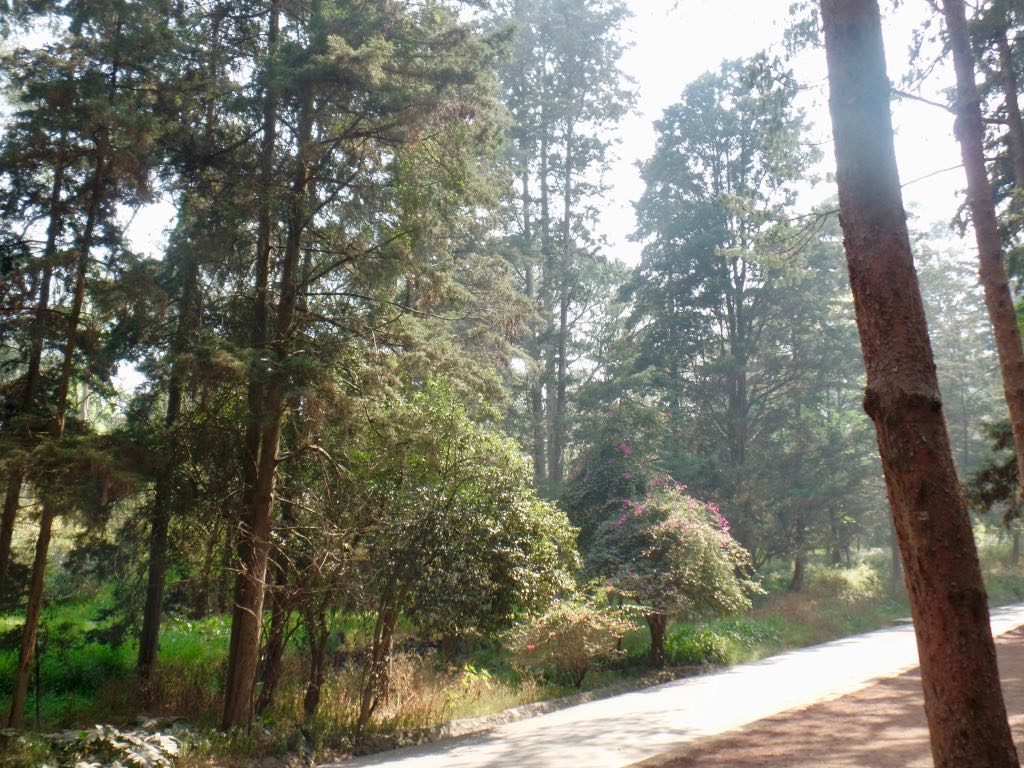 Now let's get into the woods. The start of the trail I walked. 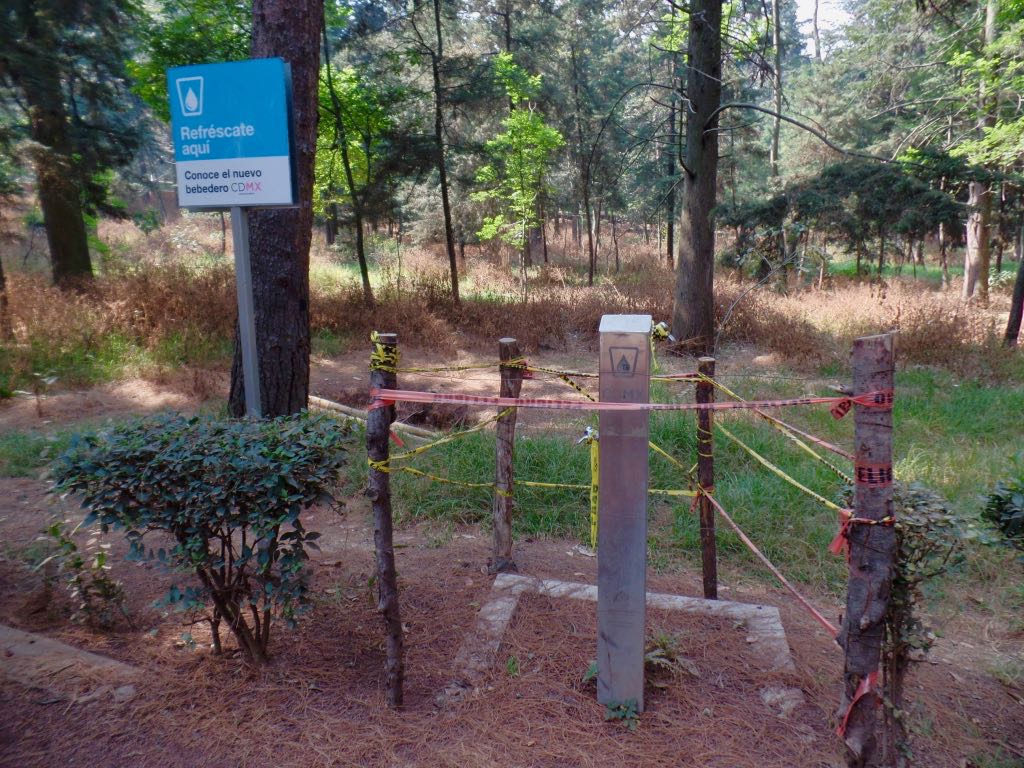 And a moment of public drinking water that wasn't quite open to the public just then. More trees with wonderful dots of purple along the path. 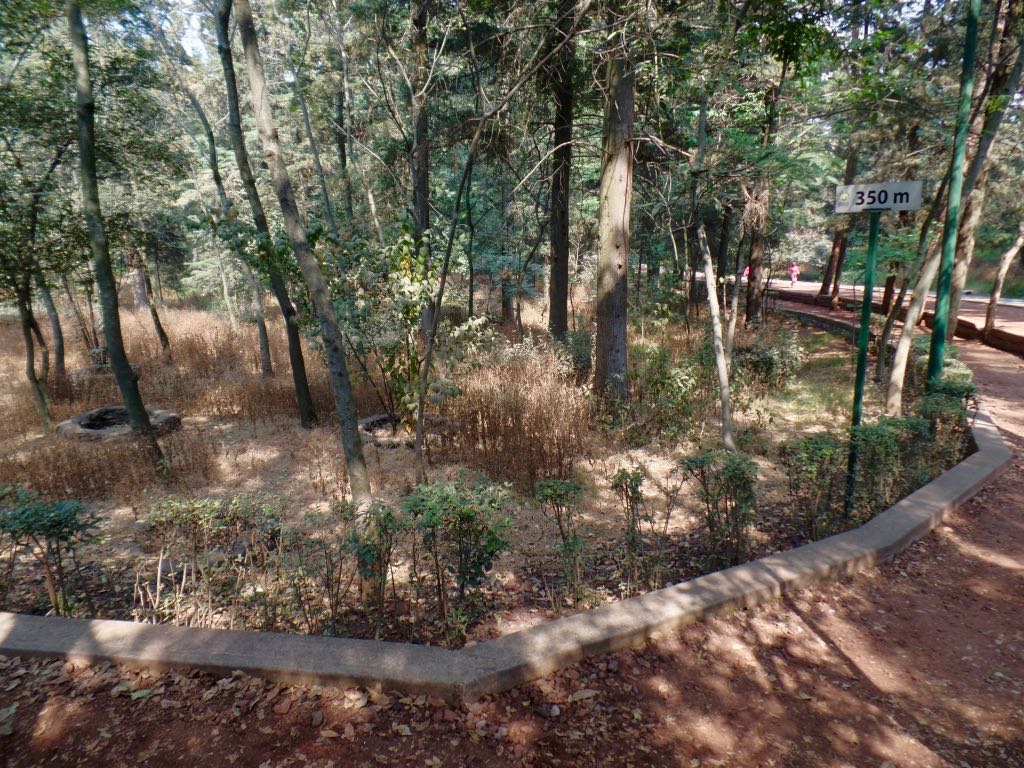 A turning point promises that the trail is 350 meters, although to what point I was never clear. 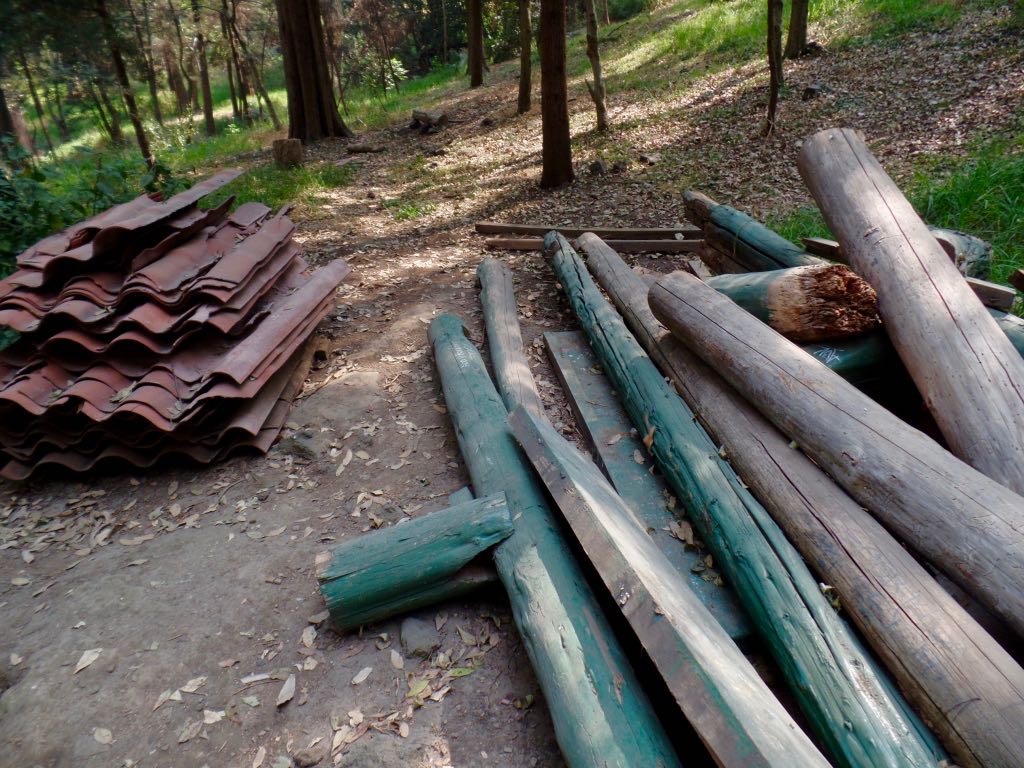 The remains of a disassembled shelter along the trail. 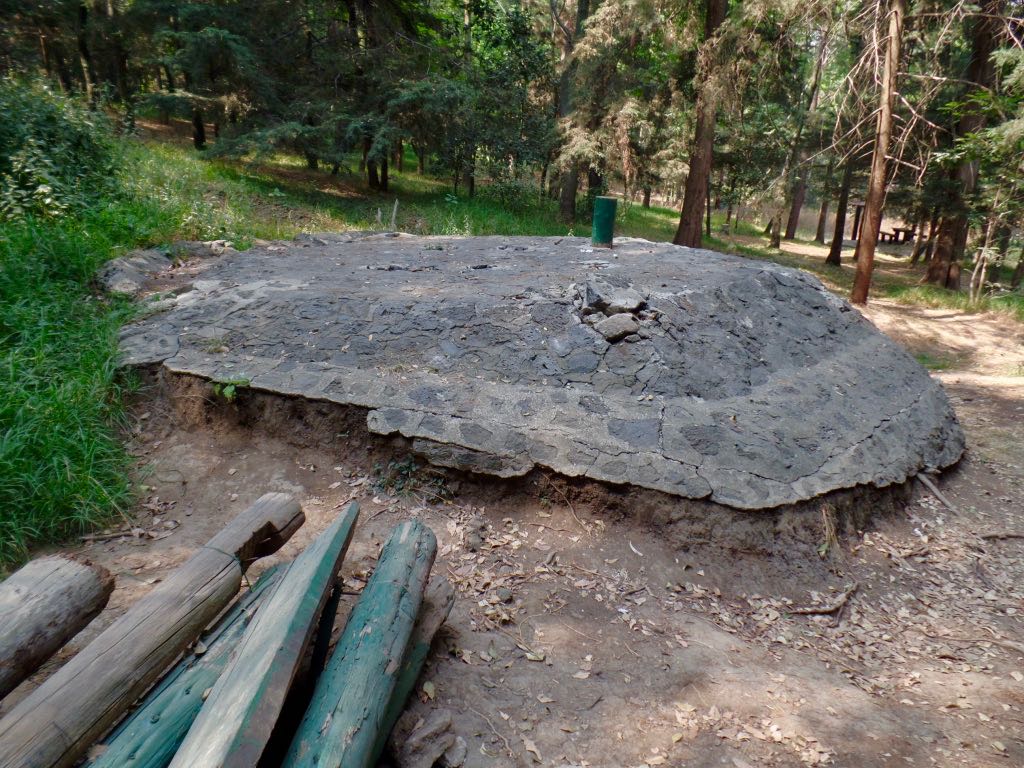 A rocky structure that I think was the foundation for the disassembled shelter. 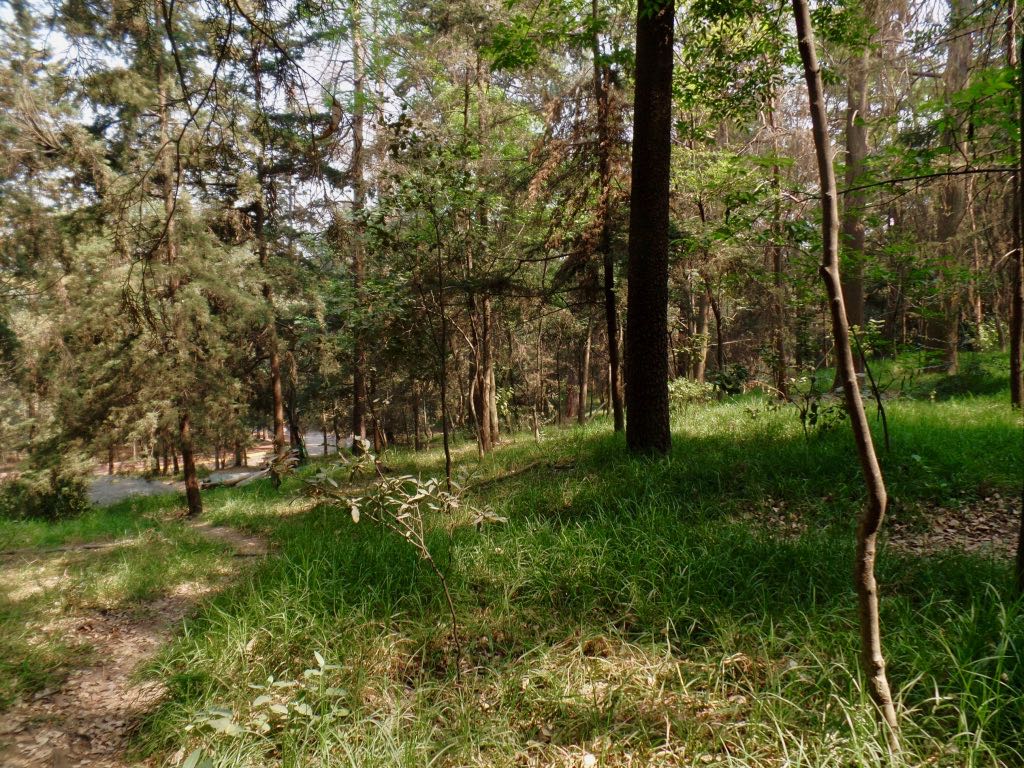 A look back downhill from near that disassembled shelter.

Trivia: Bill Irwin, hired to pitch for Cincinnati in 1886, had only one eye. Source: The Beer and Whisky League: The Illustrated History of the American Association --- Baseball's Renegade Major League, David Nemec.