Oh, something I should have gotten to before starting on Pinburgh, so I'll fit it here. We went to the circus. We learned there was a circus when we saw coupons for kids attending beside the cash register at the Asian grocery. (We get ramen and a surprising number of vegetarian snacks there.) It promised a water circus and, we learned, one with no animal acts. It'd be at the county fairgrounds. Not in a permanent fairground building, either, but in a tent they set up, in your classic circus style.

To our disappointment, they asked no photographs or movies be taken, so you won't be seeing slightly blurry, weirdly-lit snapshots here in a year and a half. But on the other hand, we weren't distracted by glowing rectangles held in our way watching the show. We got the cheap seats, which weren't very, far in the back, right underneath an air-conditioning vent that would be much nicer if it were about ten degrees warmer. It was blowing fast enough that some people behind us lost some of their popcorn to the zephyrs. Not for long, though. And none of the seats were bad: the stands were set up nearly all around the circular stage, with good viewing lines from nearly everywhere. Also we could spot a handful of people in the audience who, like

bunny_hugger, wore shirts reactive to the black lights on stage, which made them these great sparkling bits of orange in the background.

The show was the sort of wonderful spectacle we hoped for. A pair of clowns served as the emcees and anchors, mostly with comic sketches, and with a couple burlesques of the stunts. And the stunts were great, mixtures of contortion and strength and some that just seem foolhardy, such as walking on the top of a 15-foot-wide wheel that's itself held at the end of a 25-foot axis, rotating up and down.

What makes it a water circus is the stage, which opens up the platforms to reveal that it's above a water tank. The outermost ring of the platform rises up and can drizzle a curtain of water. Which itself has those high-frequency pulsing LEDs which can create patterns in the water so that, for example, a performance might be surrounded by the illusion of fish moving around.

As promised the show has no animals, but --- it has got an elephant. And a tyrannosaurus rex. These are performed by puppets, the same sort of quite large wireframe sculptures with operators out in the open, where they won't be noticed, as we saw in the stage presentation of War Horse. It was great and I'm surprised they only brought these out for the one sketch, just before the intermission. During intermission they also sold chances to come up and pose with the 'animals' and if we weren't hurrying to the bathroom we might have considered it.

It was only in town three days, and packed up and left, leaving behind only a piece on the local news with footage from the circus's own promotional video. No cameras, you know.

Trivia: Hershey set up a Home Guard to protect against German sabotage during the First World War. The guards, factory workers, were not allowed to carry arms. Source: Chocolate Wars: The 150-Year Rivalry Between The World's Great Chocolate Makers, Deboarah Cadbury. 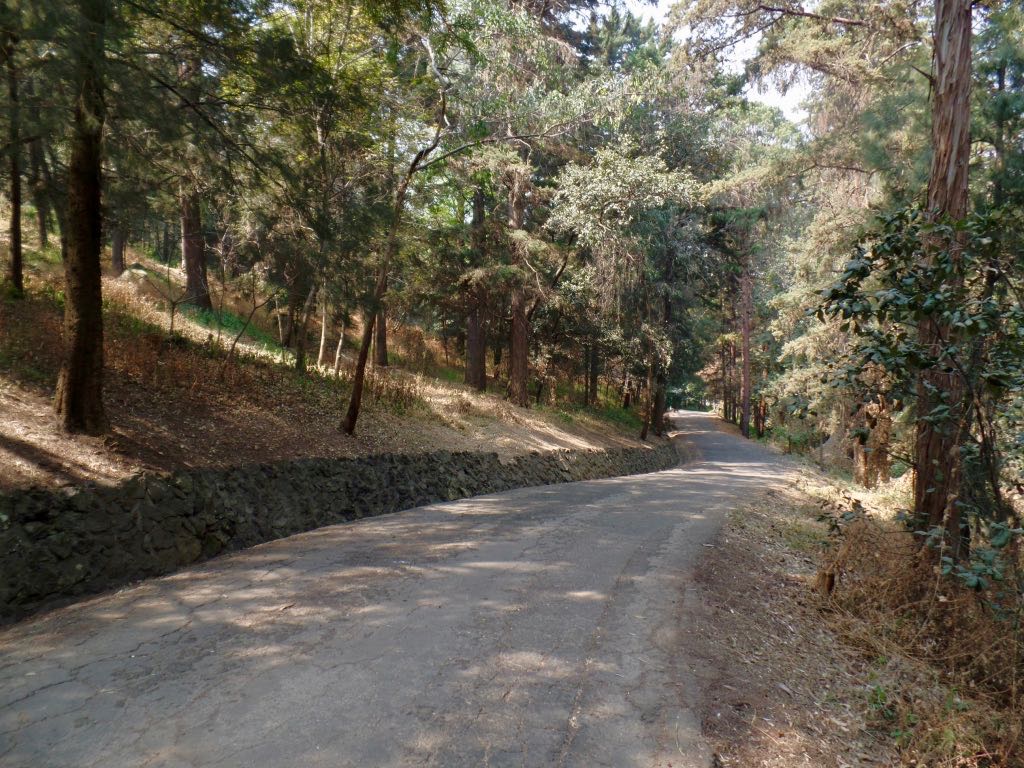 Another view of the path I'd go walking up. Much of it loked basically like this, a path with rock wall on one side carved through trees. A side path, possibly a social trail, through some wispy evergreen-type trees. 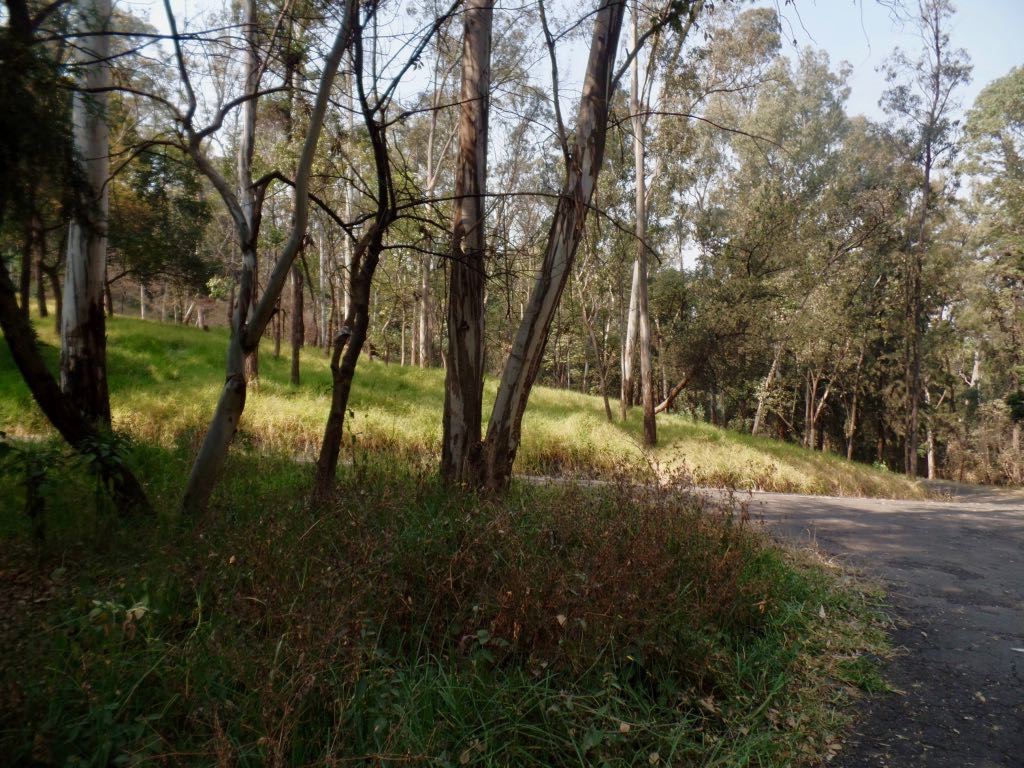 An intersection within the paths. I like the play of light and shadow here, especially that the darker patch is up close.