The good advice of friends unheeded, the best of plans mislaid

The day before Pinburgh, before even our fish trouble began, we went around town taking care of minor chores. Among these was a stop in Pinball Pete's East Lansing. They've got a Jersey Jack Hobbit, which I've always loved. (I've liked all the Jersey Jack games.) I had a great game on it, in the first two balls blowing it up enough to get on the high score table while

bunny_hugger grumbled that she'd never be as good as me. On her third ball, with a bit of strategy advice and more of me reading off the instructions from the (big, overcomplicated) screen, she blew up the game, beating a million points for her first time ever and getting to be the Grand Champion. And knocking my just-made high score #2 down to high score #3. A good omen for Pinburgh, the biggest competitive pinball tournament in the world. But then see the high score I'd put up on The Hobbit just before Pinball At The Zoo, in April, when I didn't have much of a finish at all.

Our Pinburgh trip was to also be an amusement park trip. We had done this, carpooling with MWS, in 2017. Then, we had gone to Kings Island. This park, in Cincinatti, is not actually convenient to Pinburgh, in Pittsburgh. But it was the only chance he would have for any kind of amusement park trip that year and the only chance he could see to ride their new Mystic Timbers roller coaster. Last year all our plans evaporated as everybody's life ganged up on them, including the death of Penelope, our Californian rabbit. This year? We would carpool with MWS again. And we would have the time for an amusement park trip before, maybe also after. And with JTK and his wife CVK, too. Not that we'd carpool with them --- no car's big enough for that --- but at least get to some amusement parks.

Or we would if it were possible to plan something with them. JTK and CVK proved fascinatingly difficult to get to commit to a plan.

bunny_hugger proposed a day trip to Waldameer, in Erie, as the best side trip we could make: it was only two hours from Pittsburgh, it's not too far from the path we'd need to take anyway, it has four roller coasters, it's open both Wednesdays and Mondays (Conneaut Lake Park is only open Thursday through Sunday, the exact days of Pinburgh this year), and it's not expensive. JTK put forth vague ideas about Kings Island, which was as much as he'd commit to.

bunny_hugger likes to have plans made. I can take more improvisation in trip plans, but I too insist on having, like, a destination in mind. At least a set of possible destinations. Finally we gave up on JTK and CVK and figured we'd just do something with MWS. Who had his own, very strong idea: Knoebels Amusment Park, in Elysburg, Pennsylvania.

Which ... is ... a bold choice. Not that Knoebels isn't one of our favorite places on Earth. Just that it's in eastern Pennsylvania, crazy far out of the way of Pittsburgh. It's worth a trip, but ... it promises a lot of driving. Which MWS pledged to do. He was extremely eager to get to Knoebels. And, despite our promotion of Waldameer and for that matter Idlewild, parks sensibly close to Pittsburgh, MWS wanted Knoebels and to go there before Pinburgh rather than (our preference) after, and we chose to yield on this. At some point you have to yield to someone's inexplicably strong preference.

And so this was our plan: Monday we drove to MWS's house, there to leave my car and my car keys with his roommate (recovering from a hernia operation) and his dogs (one happy to see any people, one unhappy to know even that other people exist). Then we drove, south to the Ohio Turnpike and then ever-eastward, across most of Ohio and most of Pennsylvania. This did carry with it several nice sidelines, particularly stopping at one rest area in western Pennsylvania. There we saw this totem-pole-like wood sculpture. We knew the artist: he had, back in the 70s, donated one like it to Lansing's Potter Park Zoo, before disappearing, as was his habit. In the 90s he reappeared to do some restoration work on it, and then vanished again. The Potter Park Zoo had to take their down as too badly eroded by the elements to keep around a few years ago. The sculpture here, though, was in good shape. And the rest area had a bunch of other interesting things, including a plaque commemorating this as the Keystone Shortway. Also flyers for amusement parks, including Conneaut Lake Park. Considering the dire shape the park had been in when we first saw it, to have a Conneaut Lake Park tourism flyer at all was fantastic, and it was no less fantastic that the flyer was dated 2017.

We talked nearly all the way, and got to our traditional Red Roof Inn in ... not Elysburg, because that town has about four buildings in it. But the one

bunny_hugger and I have stayed in for past Knoebels visits. MWS found what looked like a great local bar to eat at --- decent variety of bar food and several pinball machines, including weird ones not often seen on location --- but they were closed Mondays, because of course. We settled for eating at the Friendly's next to the hotel, as we'd forgotten the options Friendly's has for vegetarians are mostly just ice cream.

But we had everything important done, and we were ready to go to Knoebels in the morning, and we were tired enough to sleep ahead of it.

Trivia: The first Korean War cease-fire talks began the 10th of July, 1951. They did not agree on an agenda until the 26th of July. Source: America's Wars, Alan Axelrod.

PS: And walking into the Bosque Tlalpan. 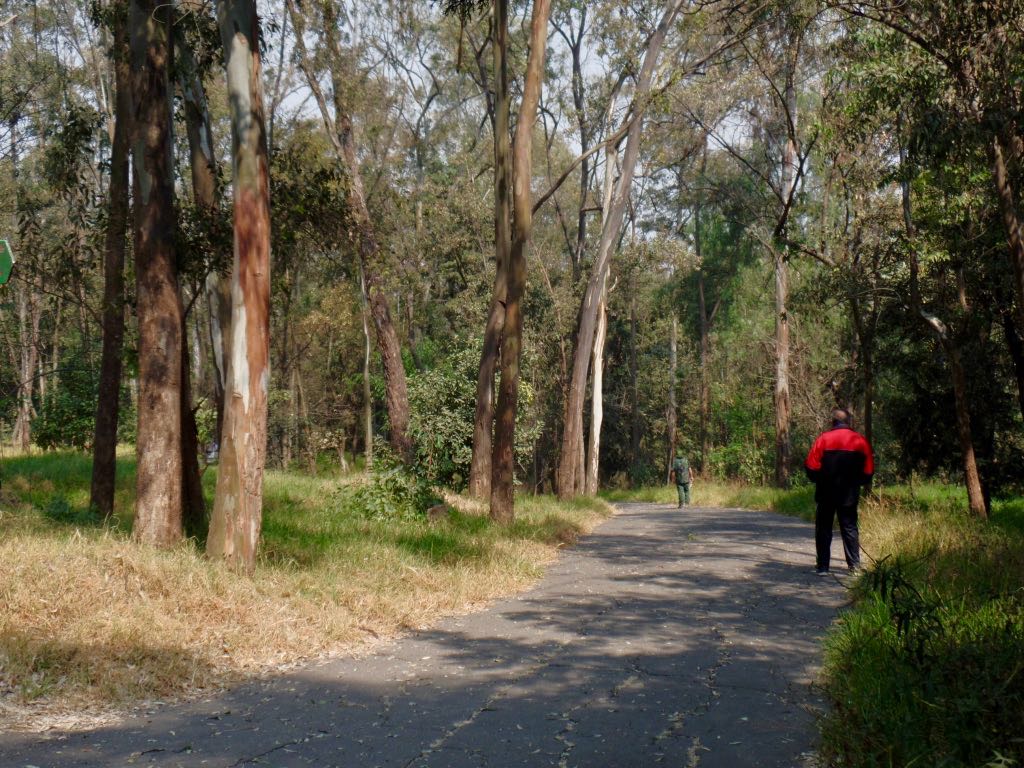 Back on the walking trail, Commander Sisko asks if it was something he said. 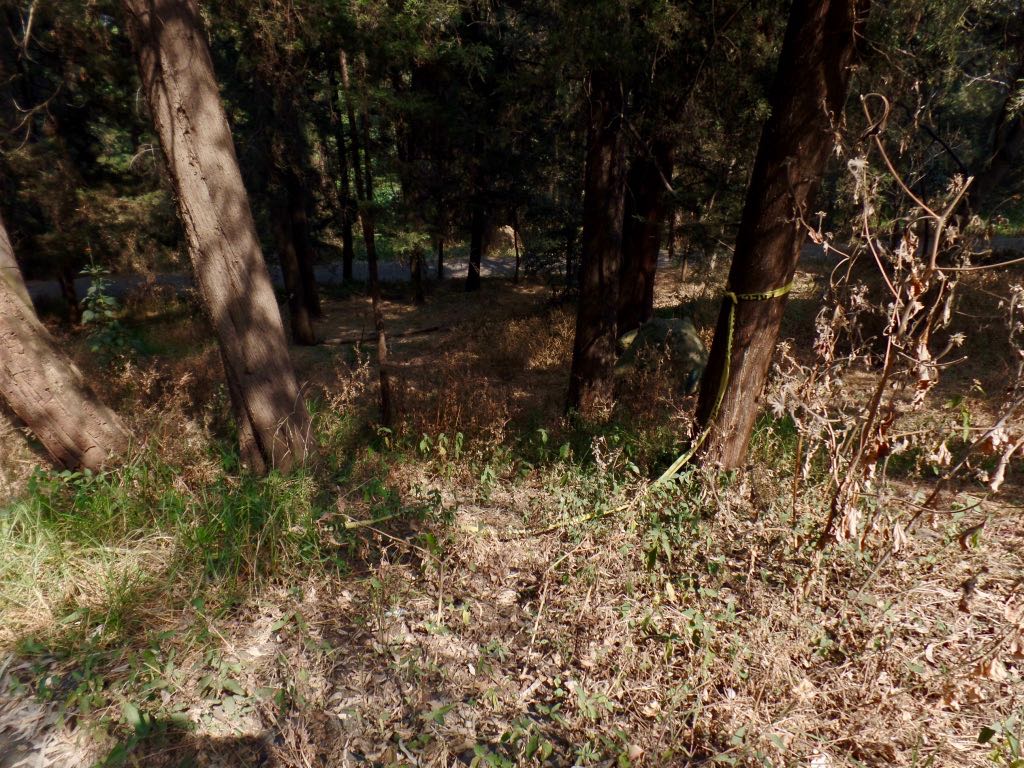 Looking back down from this newer height I'd reached. 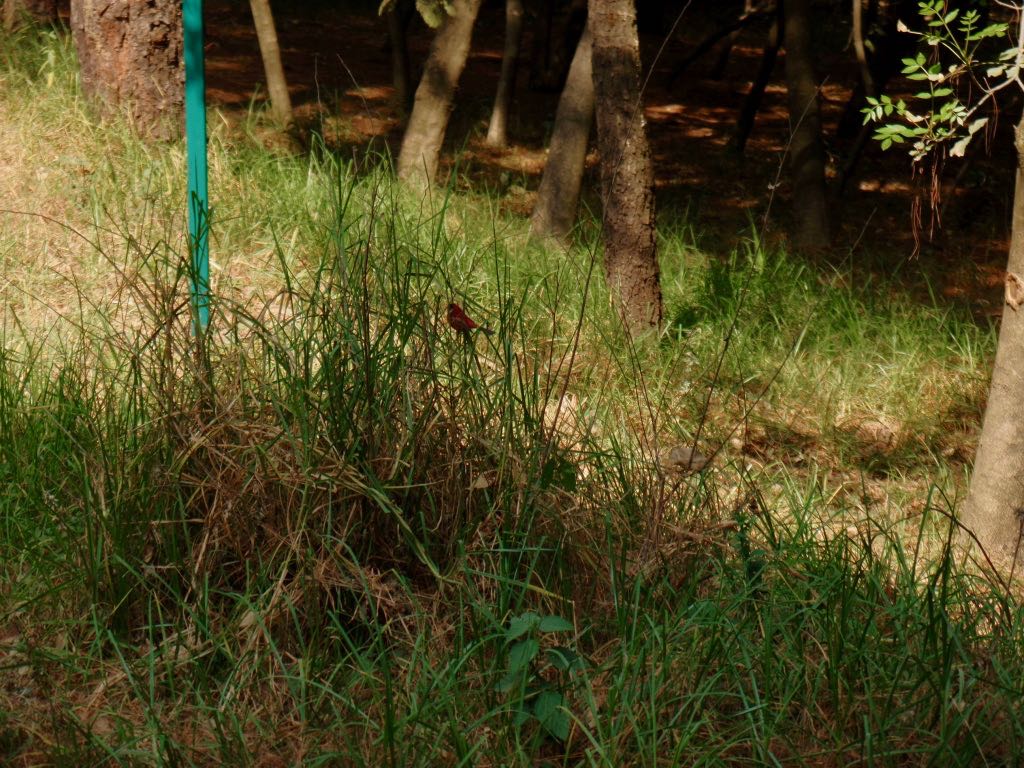