Into the woods and through the trees, to where I am expected ma'am

Somehow my mathematics blog has moved Reading the Comics posts out of Sundays lately. What's gone there instead? Miscellaneous stuff. Here's the past week's writing:

And my story comics update? You'd surely like to know What's Going On In Alley Oop? What's With The Alternate-Universe Alley Oop? May - August 2019. in plot.

With that taken care of, let's follow me back into the Bosque Tlalpan. 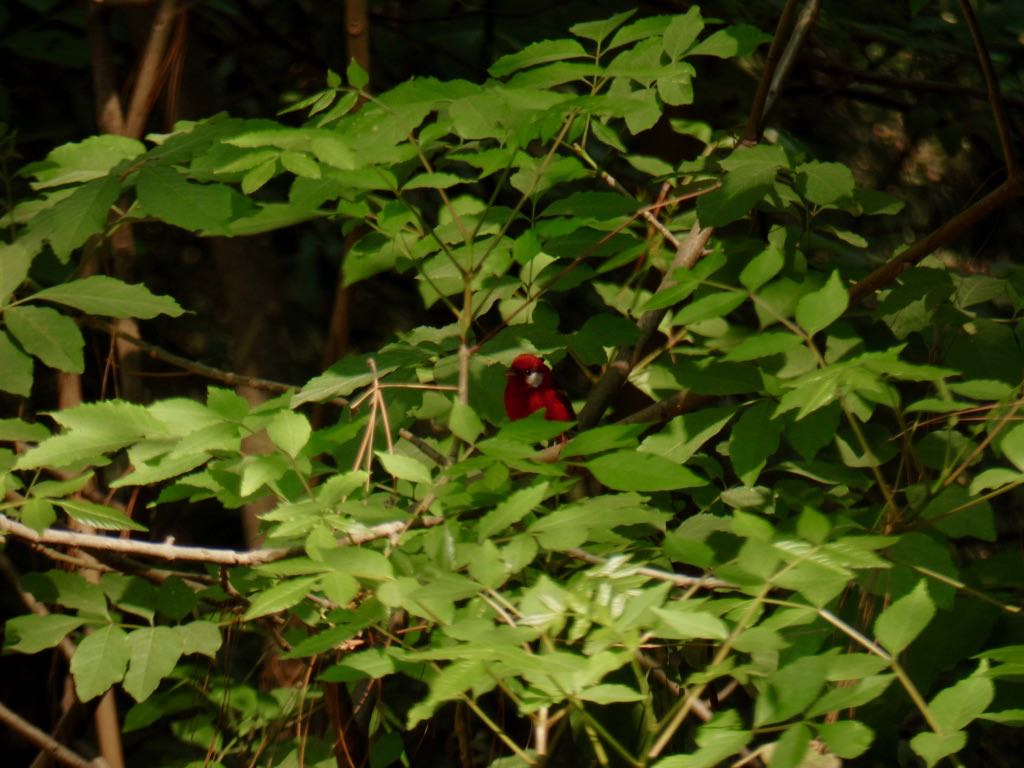 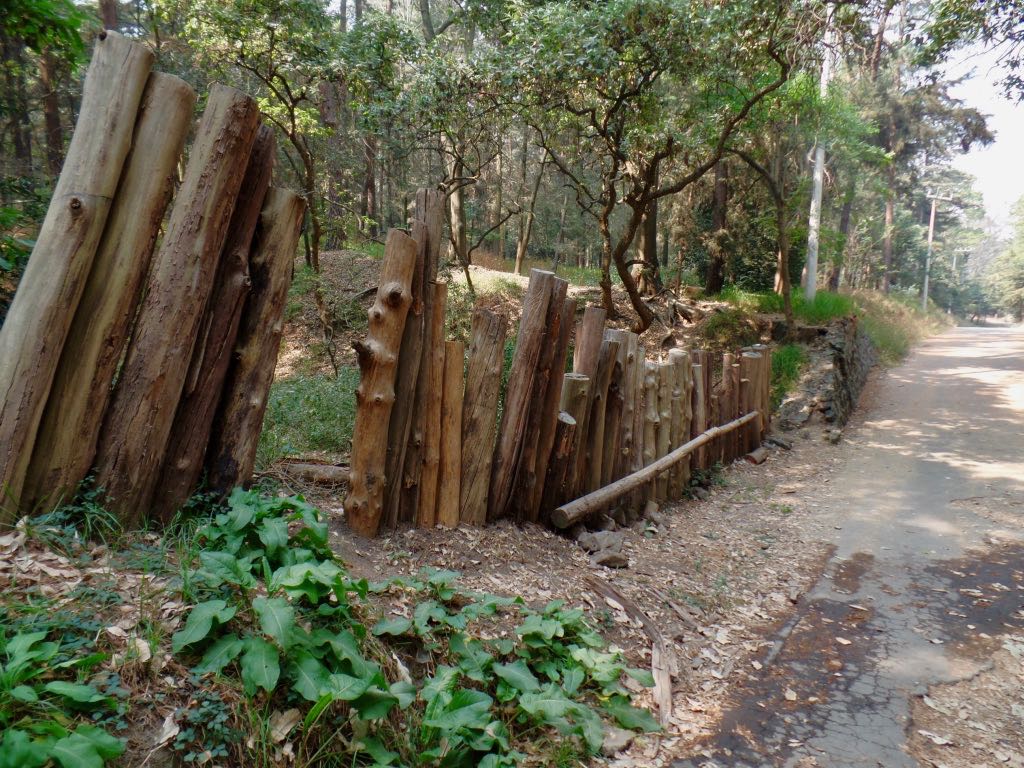 Moving back along here's a partial wall of posts, some of which have fallen, and protecting ... I don't know what.

You knew I had to get around to a panorama shot soon. Here's an attempted view uphill, to a summit I would approach but never reach. 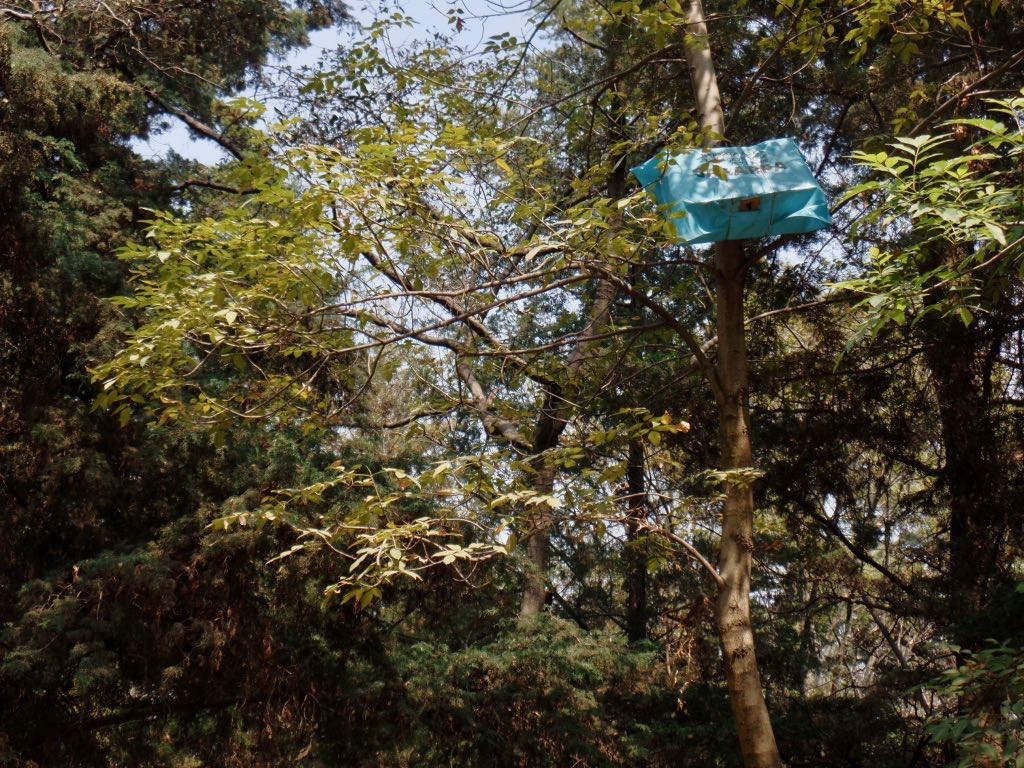 And now a mysterious blue-wrapped box high up in one of the trees. I have the impression it was some kind of scientific instrument, maybe measuring the bugs in the area, but I can't say where I got that impression from now. 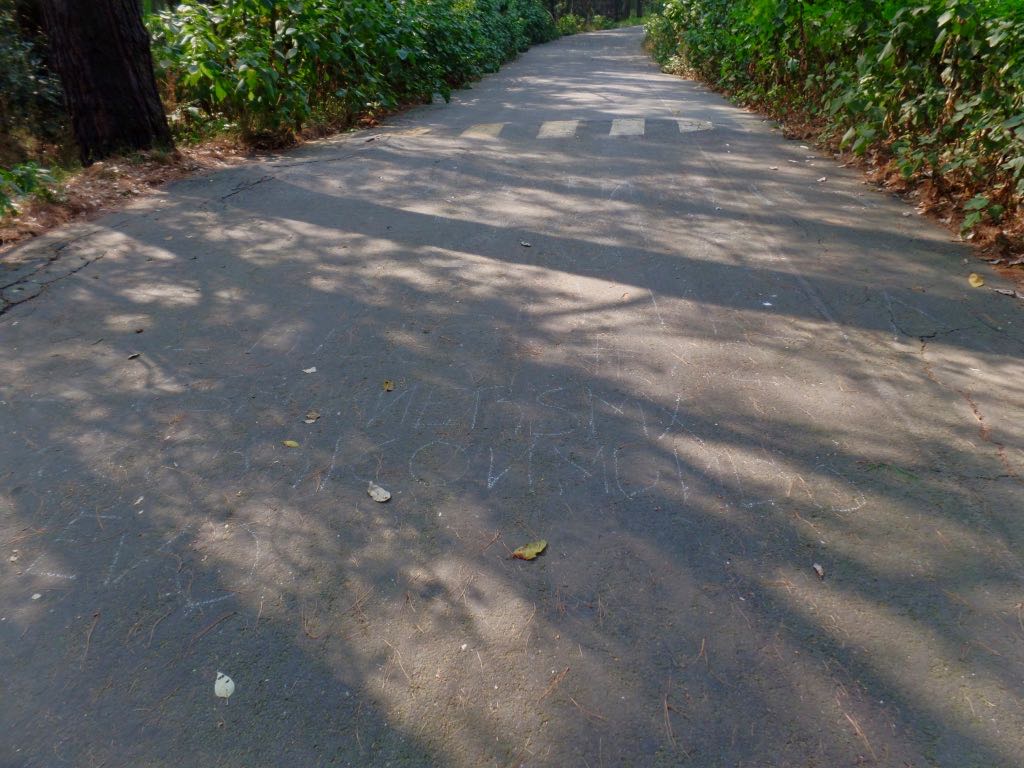 Chalk writing on the ground. It photographed poorly. My recollection is that it had some kinds of instructions about a running race held over this course that I hope was going downhill. 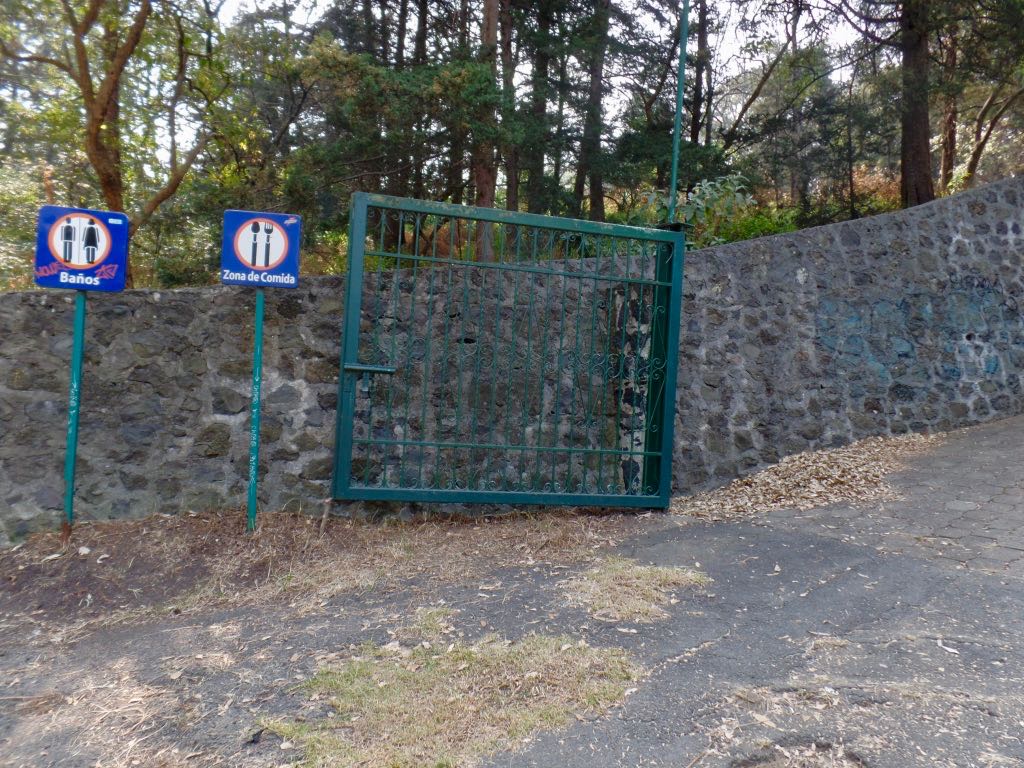 And now the Zona de Comida, the funniest part of the course! One of the handful of locations I was certain could be reached, based on my review of the park maps. 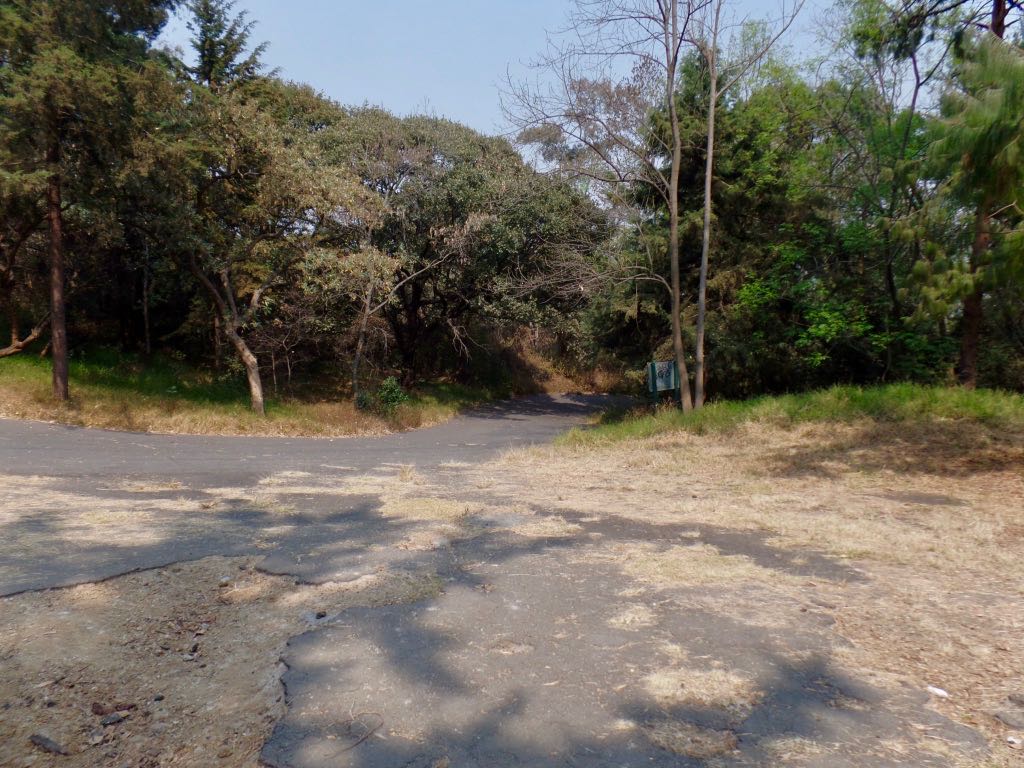 Looking back at the slightly ragged intersection of trails by the picnic area and bathrooms. 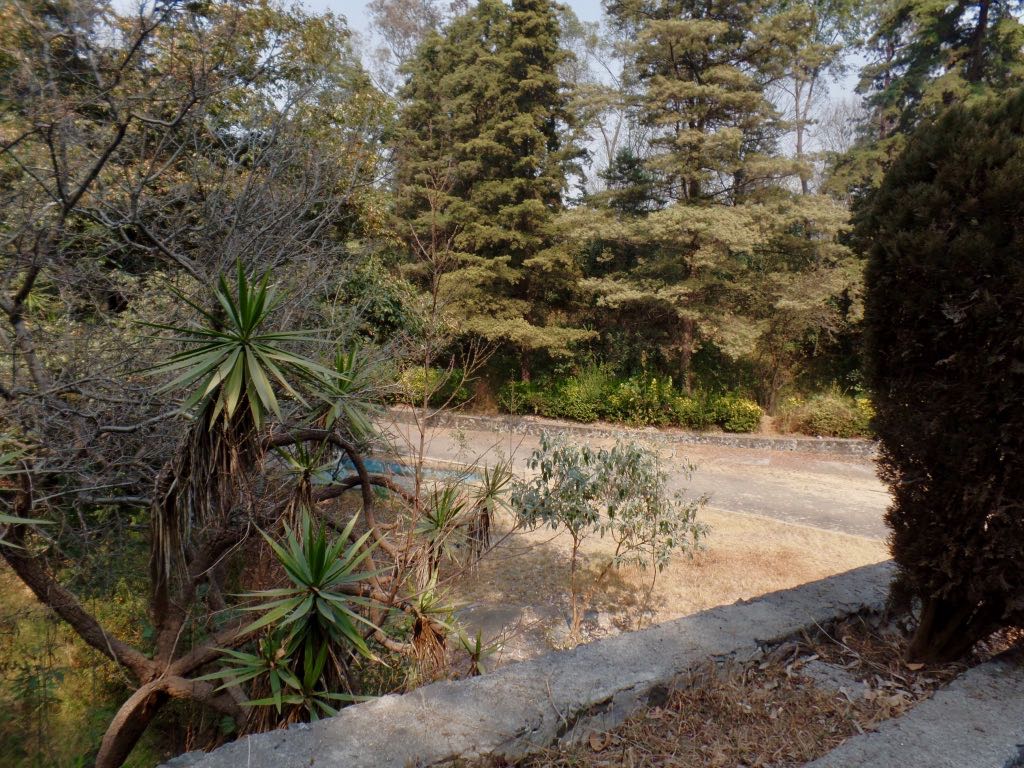 And here's a look at one of the walls, and the steep drop to ground beneath, and the trees that grew to match that. 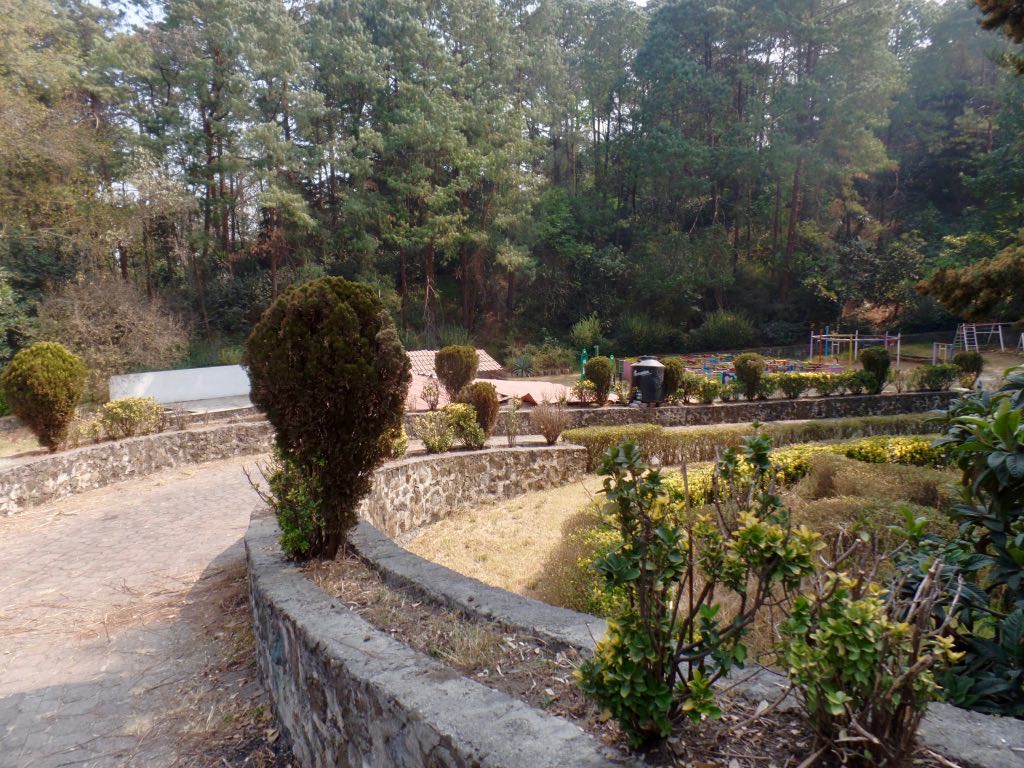 The wall and path here leads to this picnic and playground area. 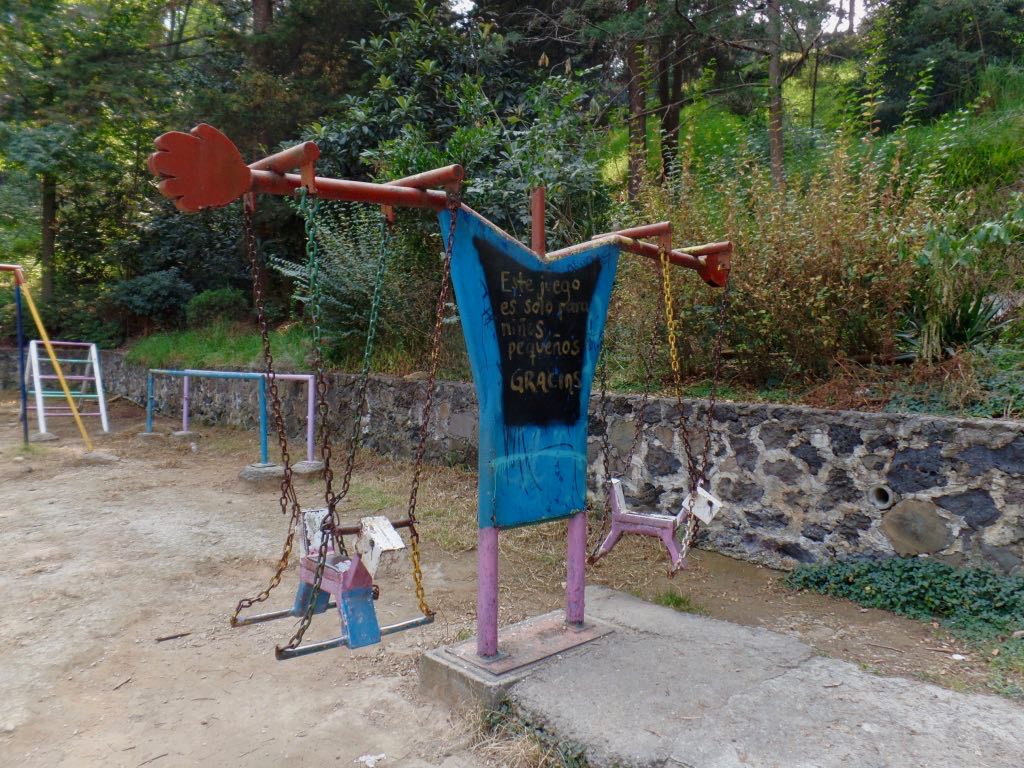 A swings ride at the playground area which has the looks of a giant holding out their arms. It reminds me of one at Tuscorah Park in Ohio. 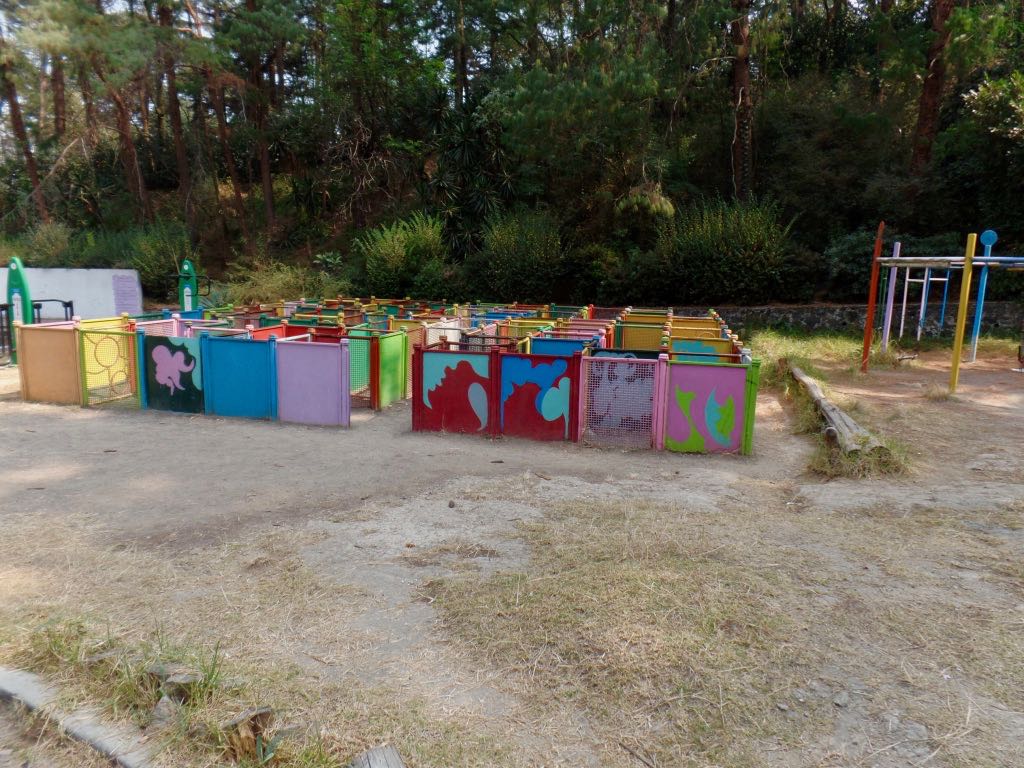 Children's maze within the play area. 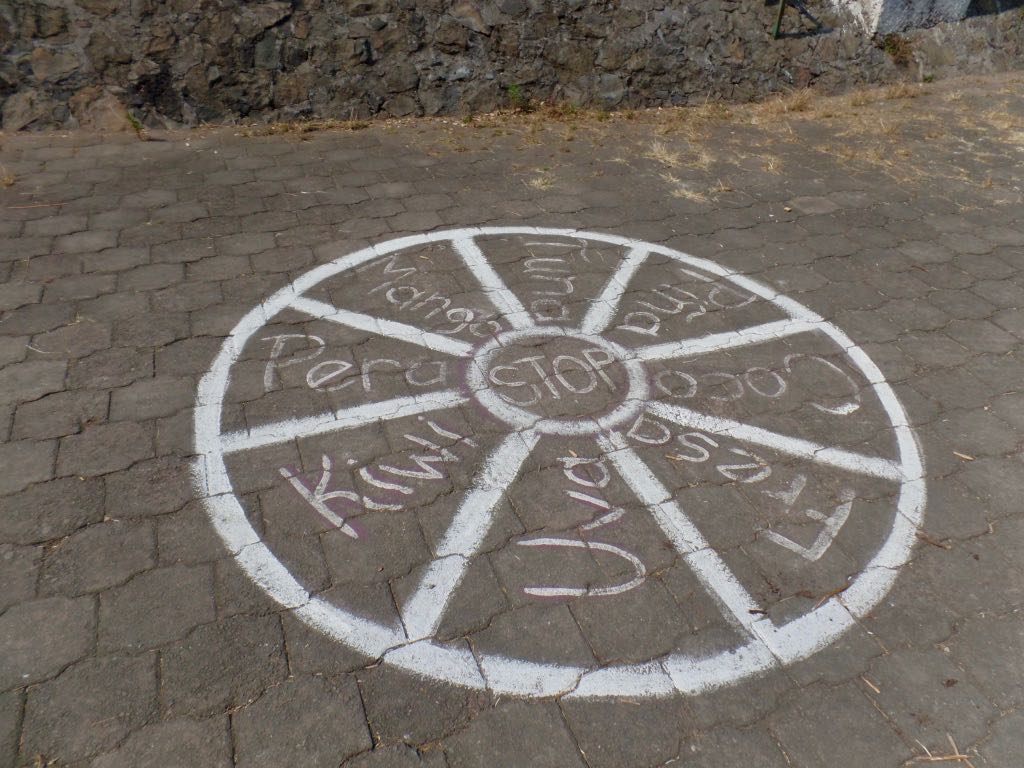 I don't know what this is but enough of the names are foods that ... I have no idea what's going on here.

Trivia: NBC ensemble singers (there were about a hundred of them) of the early 1940s would typically earn about %0 for each broadcast, including $24 for rehearsal, $18 for the show, and $9 for the West Coast repeat. Source: The Mighty Music Box, Thomas A Delong.