Miss the start, miss the end

It was another week where my mathematics blog didn't do comics on the Sunday! Also, it was a week with the biggest event of my mathematics-blogging year.

So, um, I guess that reveals what the big event is. All right, then.

In the story comics, I revealed What's Going On In The Phantom (Weekdays)? Did The Phantom Save Kadia's Mother?. A plot recap for June through August 2019 of that strip.

And now back to Mexico City --- we're in the last week of my pictures of the place! --- and photographs of what a university looks like when it's in Mexico City. 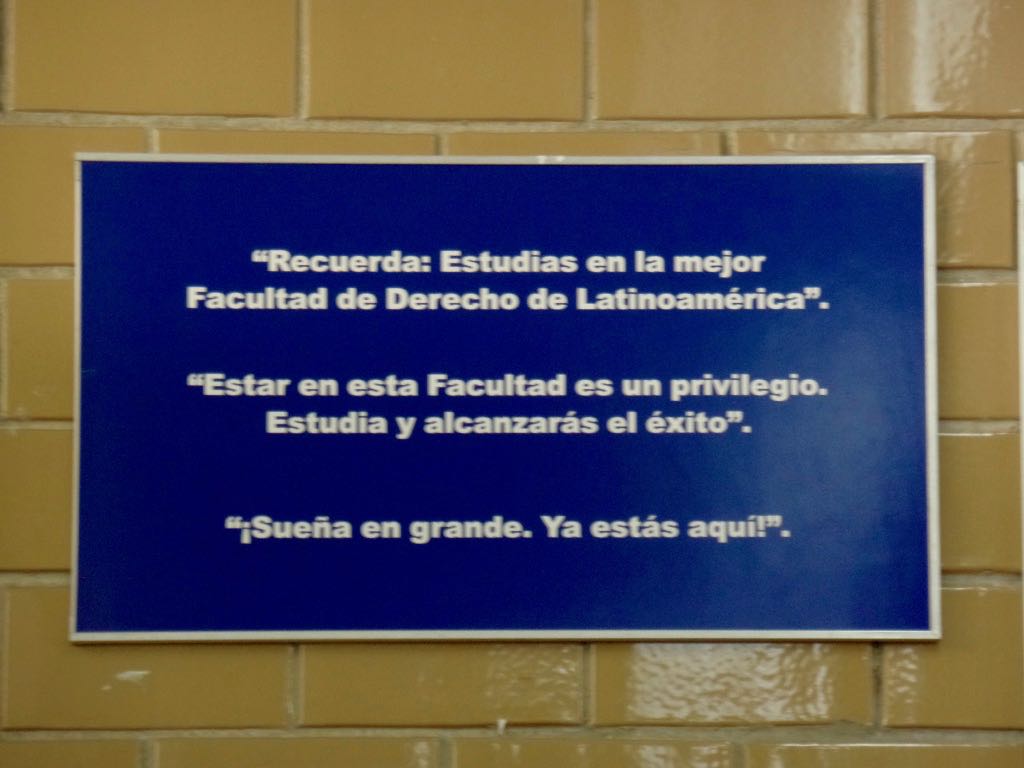 Inspirational, we inferred, sign posted in the (much smaller, more mundane) classroom where

bunny_hugger's talk would be. The School of Law donated many classrooms and facility space to the Minding Animals conference, a generous donation that made us wonder ... like ... didn't they need the classrooms? The semester had started, right? Didn't they have classes too? Anyway, I love ``privilegio'' since it looks exactly like what you'd make up as the Spanish word for privilege if you were caught off guard and desperately bluffing your way through. 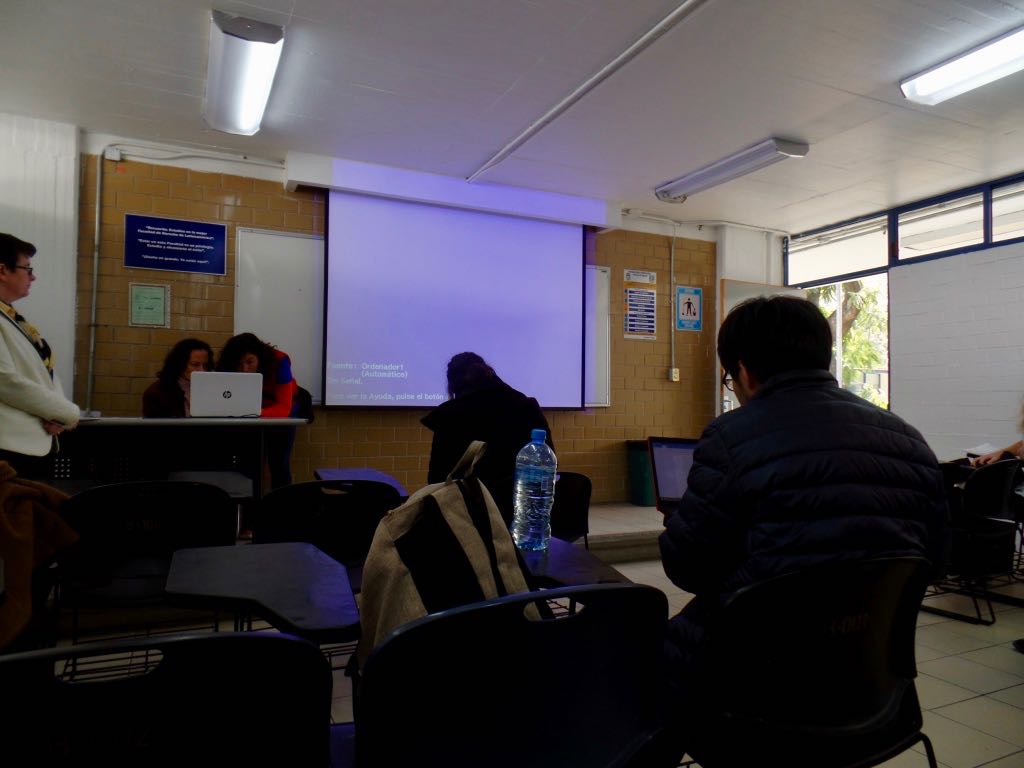 And a look at the classroom, as

bunny_hugger prepares to talk, and people running the conference try to get her slides to appear on the computer. 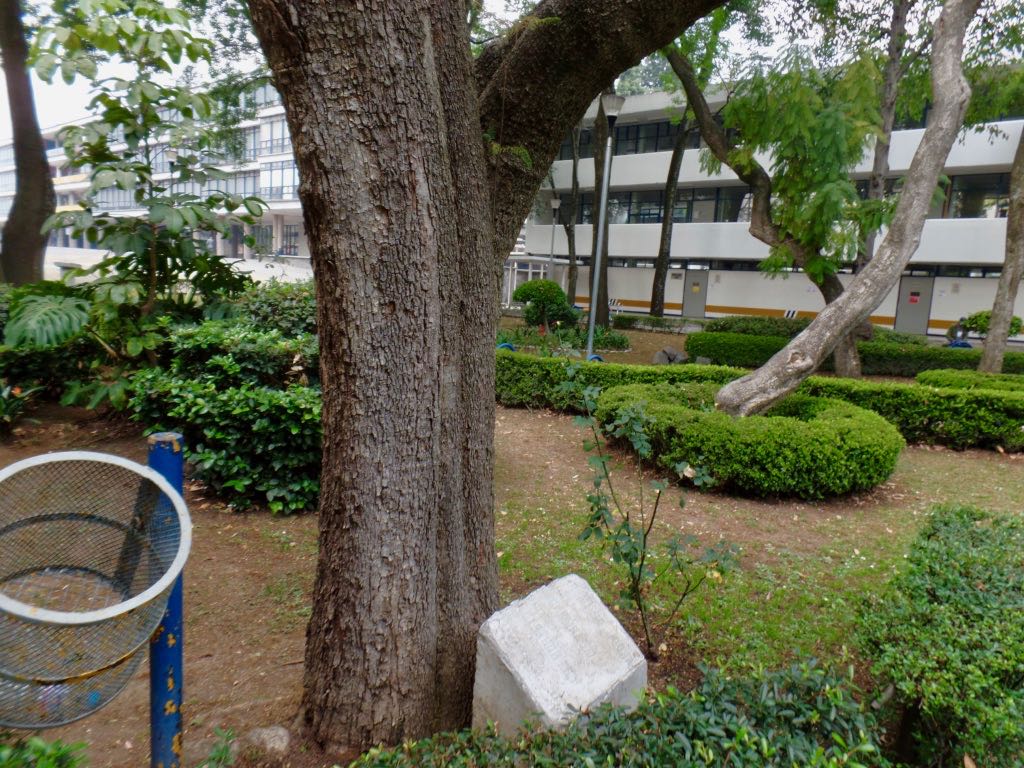 Scene from the campus quad. The tree's pillar certainly seems like it should host a plaque but as best I remember it doesn't have anything there now. 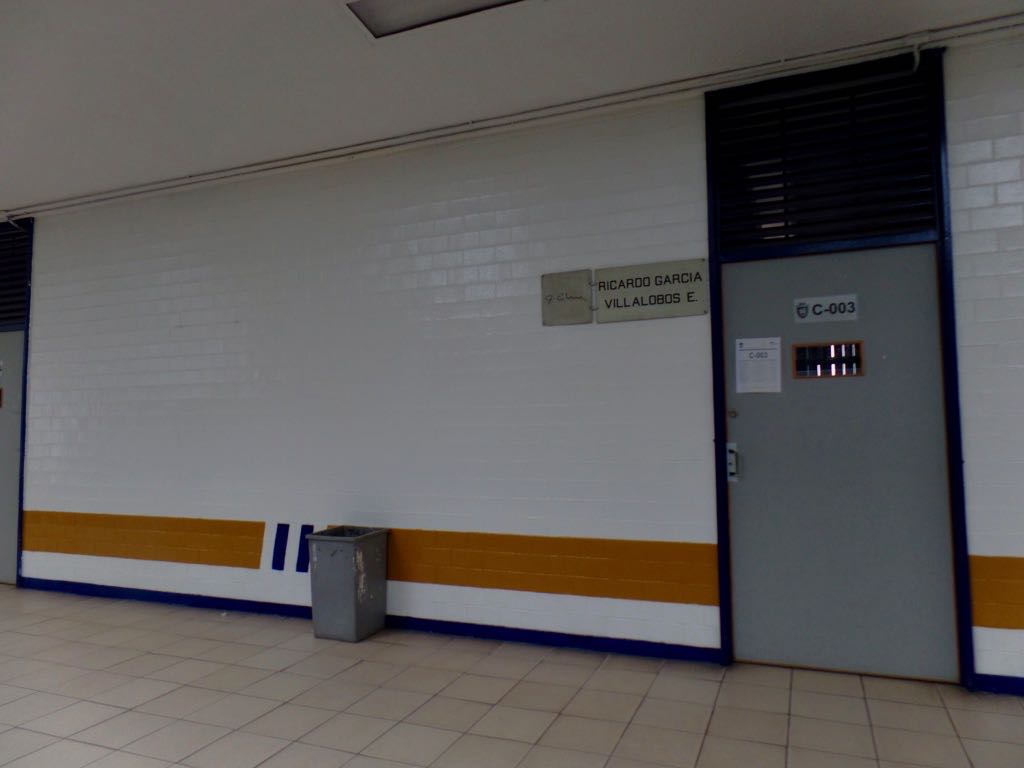 Picture of one of the classroom buildings. The hallways are open to the outdoors; while they're covered, there's not really an 'indoors', a style of building I knew well from Singapore. 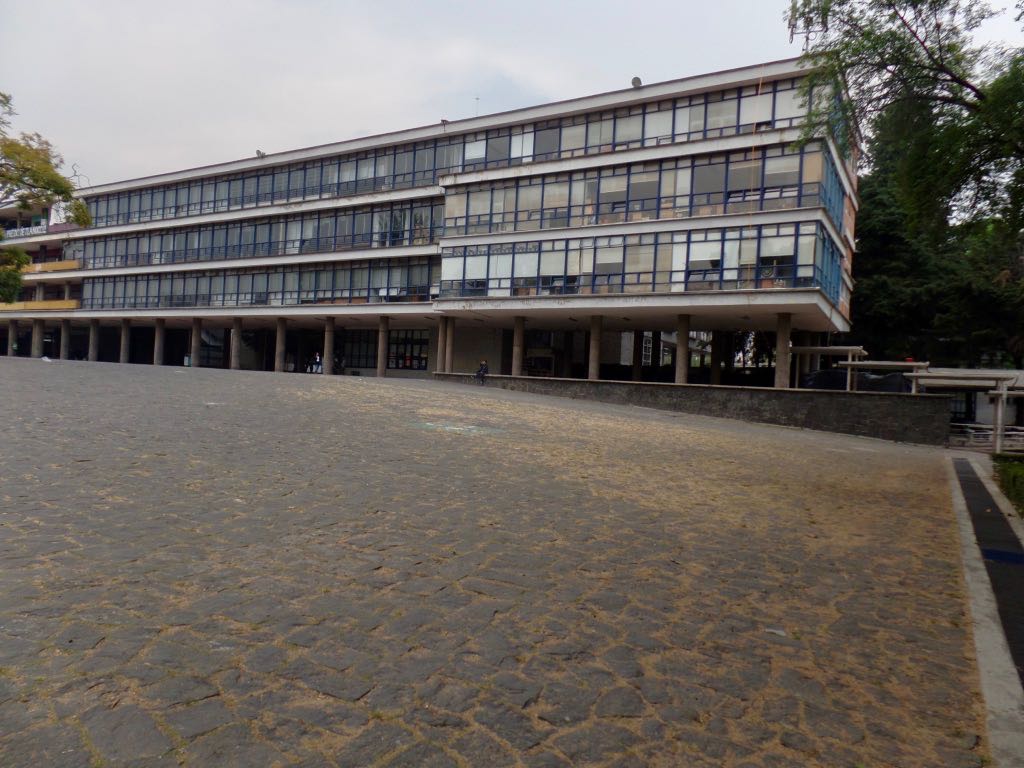 More of the campus, including a nice open brick pavilion noticed while we walked around during a break in the day. 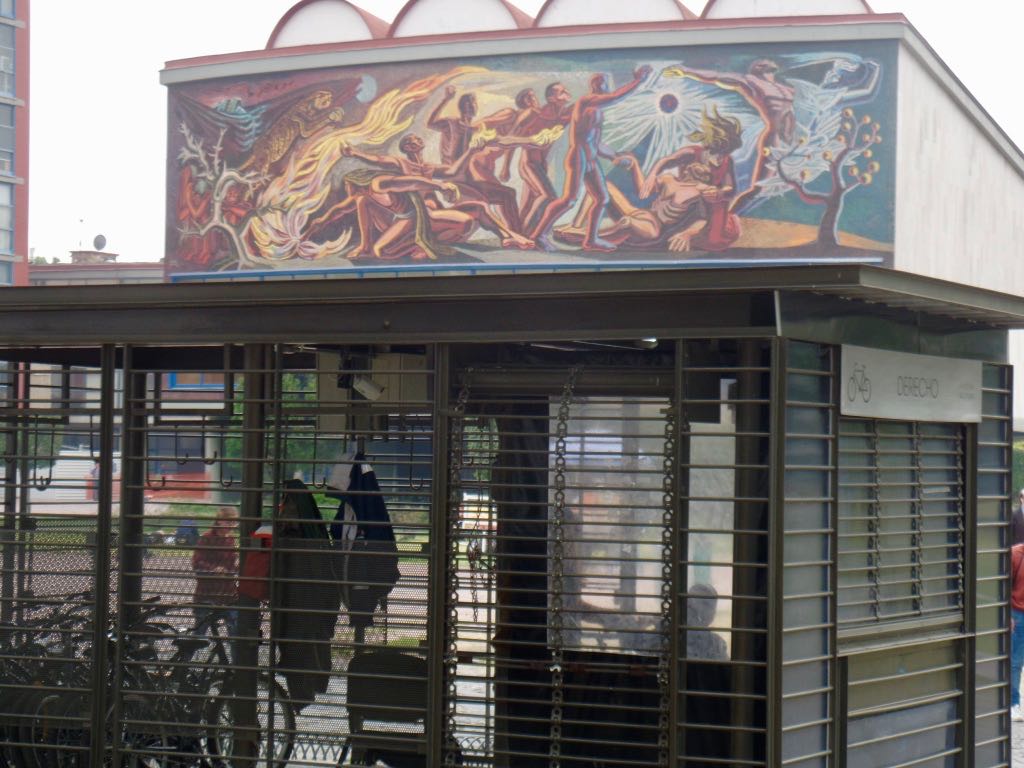 Spot of art put onto the roof of a bike shelter. 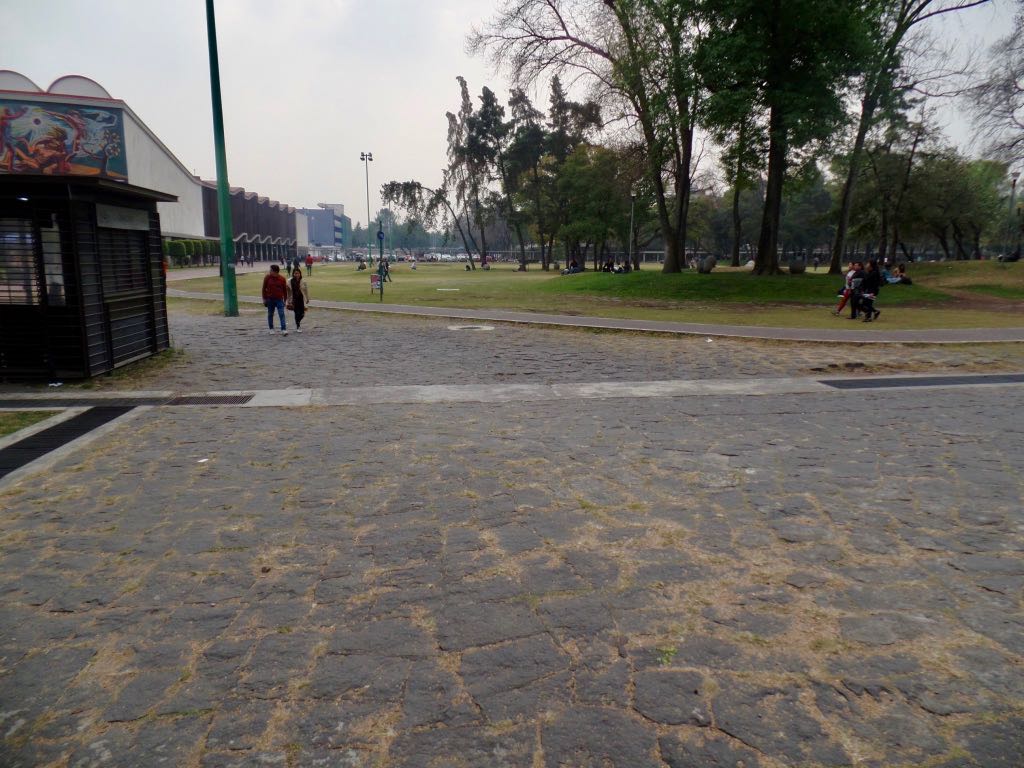 And looking out form the shelter towards some greens where a healthy number of people were enjoying the afternoon. 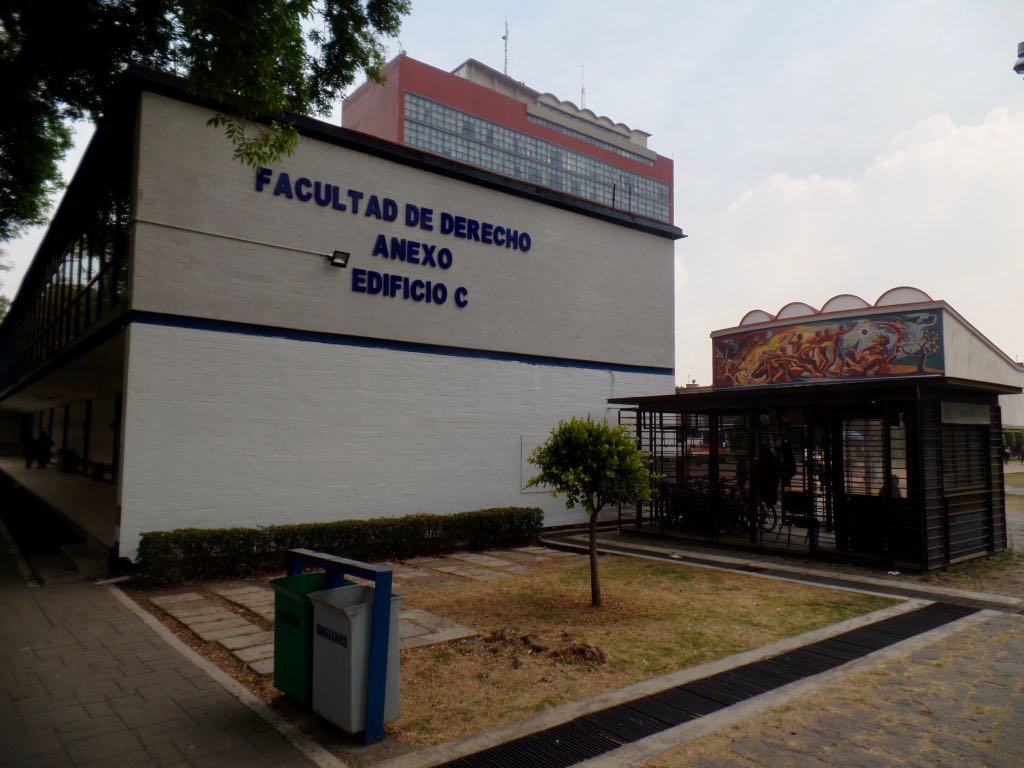 Some more context of where the bike shelter and all that was. 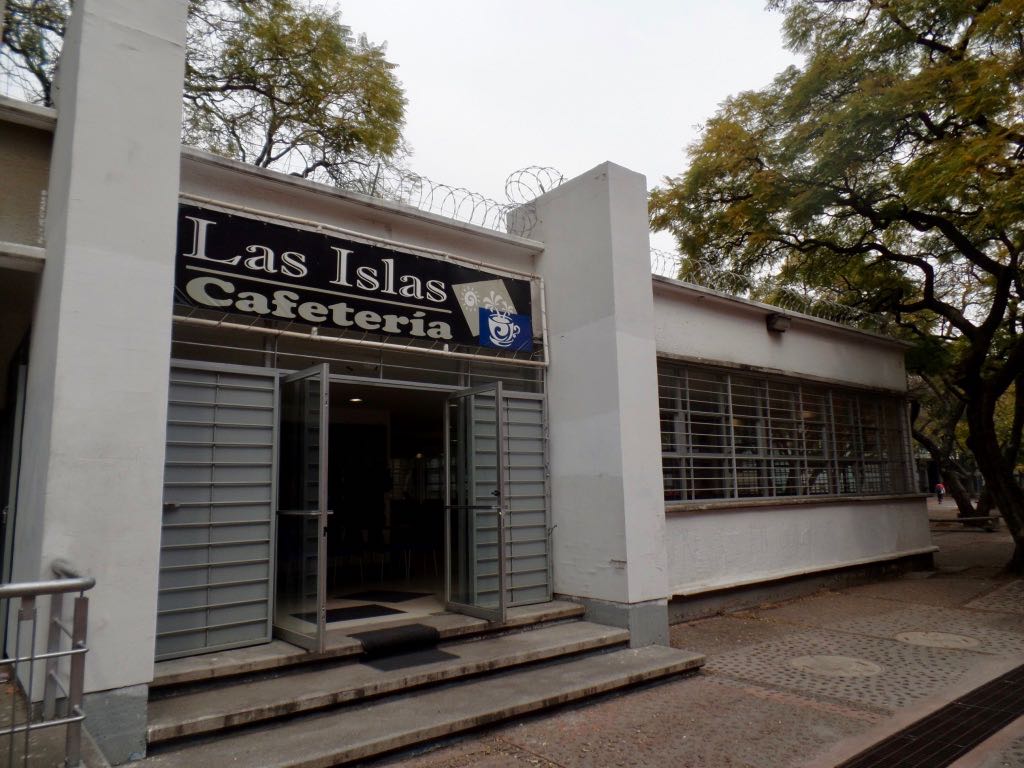 Campus cafeteria that we didn't visit because the conference provided snacks. I did notice the barbed wire coils on the roof which at one point I sort of knew the story about. I think they were put up in the aftermath of some rather dramatic student protests. 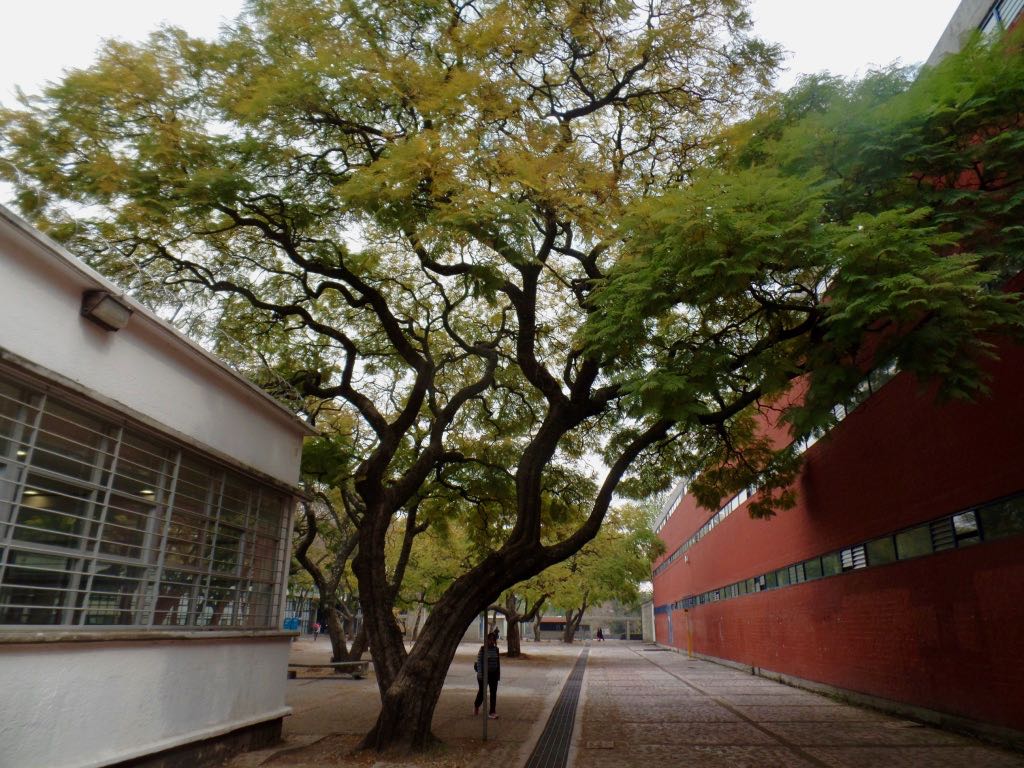 Just more of what campus looks like; this is a nicely shaped tree between the cafeteria of the previous picture and some adjacent buildings. 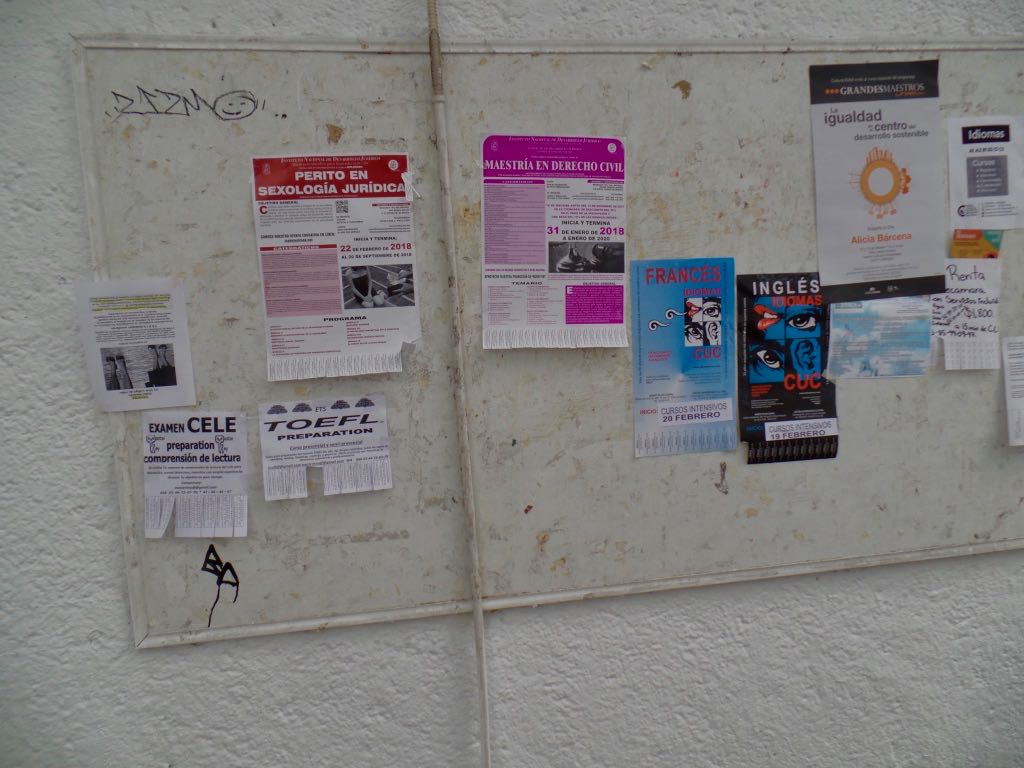 Regular old campus bulletin board. The TOEFL prep flyer seemed weirdly out of place for all that logic tells me, of course there'd be the need for this stuff in Mexico City. 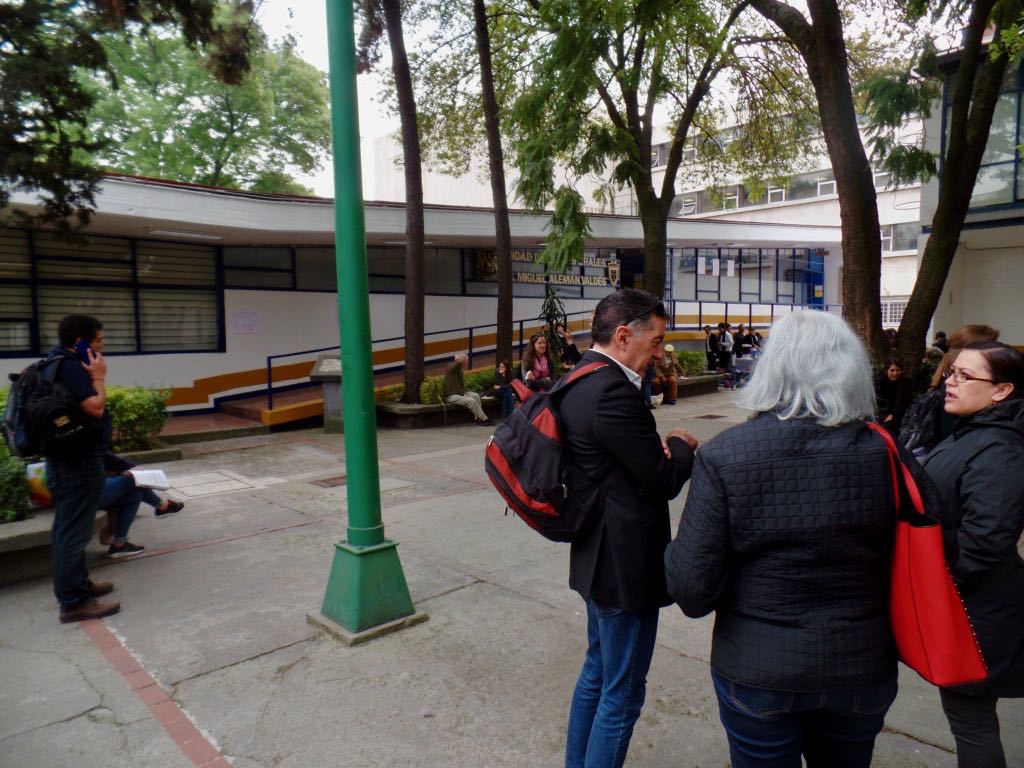 Returning to the conference, which had most of its coffee breaks and such outside. The sloping building in back was another one used for conference panels. It was made up to look like a rather respectable-looking courtroom and we supposed it was used for mock trials and such.