Those economic vultures stole our dreams and told us tales

It's the first week of A to Z writing on my mathematics blog! This gives me all kinds of stuff to post. Like, not just Reading the Comics but also little essays that I want to be 500 words and that end up 2500 words instead. Don't believe me? Don't have it on your Reading page? Haven't added my stuff to your RSS reader? Then here is your chance to catch up on my writings, which have included:

Now more of my photo tour of a place that isn't anymore. With bonus pictures of two other things that aren't anymore. Fish and Chips was done in by the landlord hiking the rent, part of the price of gentrification that people have been expecting in our neighborhood for twenty years and that they think this time is going to happen? Maybe? ... And Theio's was done in, ultimately, by the same thing, although it's not obvious from these pictures. 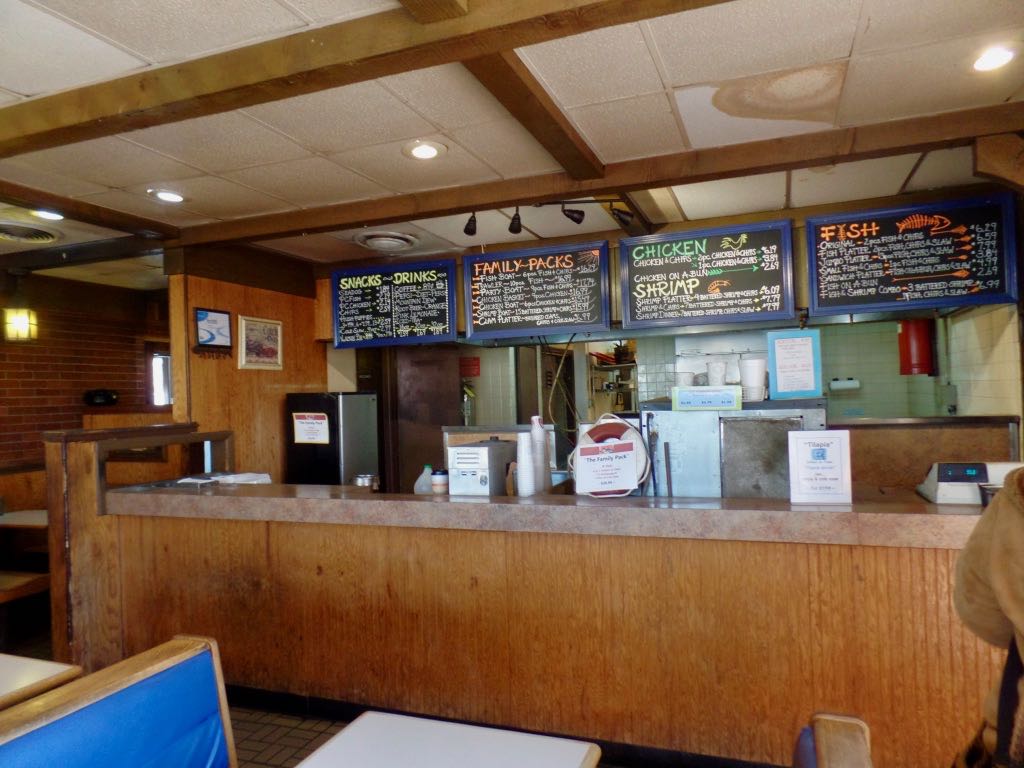 Fish and Chips's final menu. They had only one or two years before replaced their vintage-80s menu signboards with snazzy chalkboard-and-colored-chalk menus. 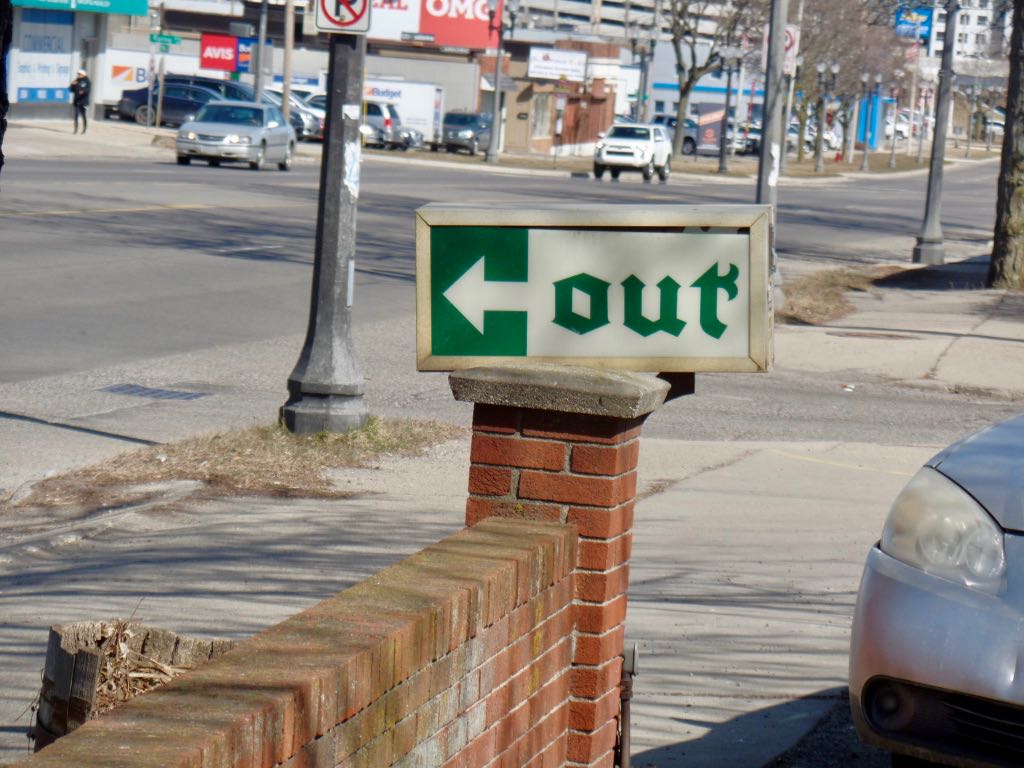 One of the directional signs that dates back to Arthur Treacher's days. 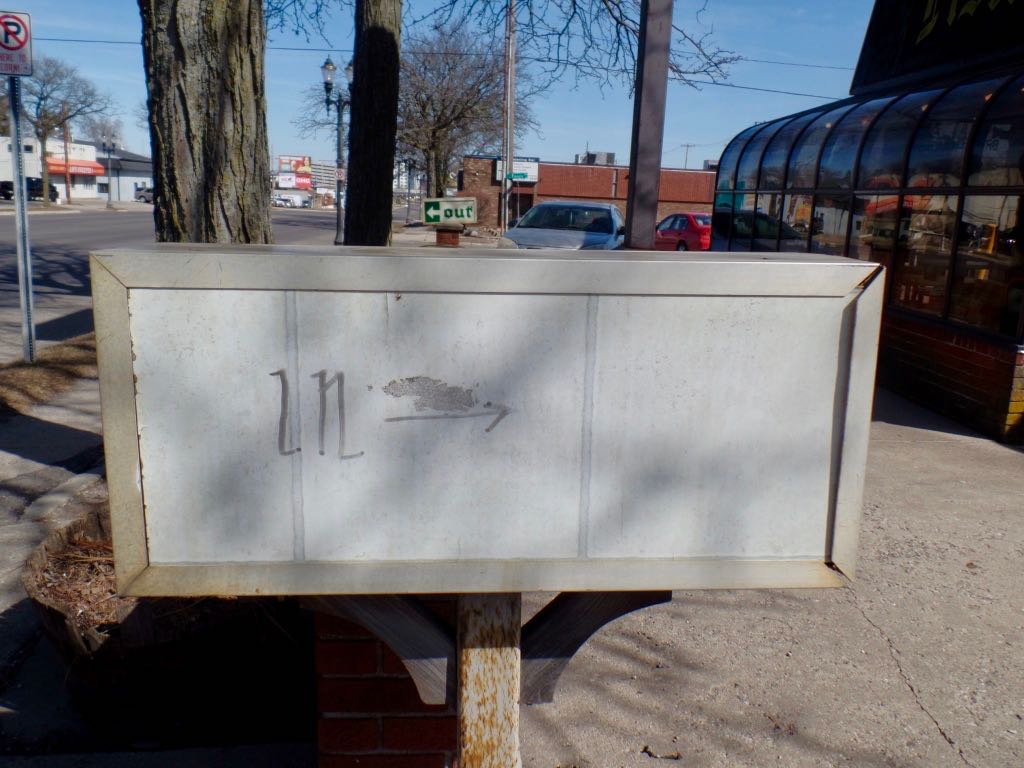 This side of the 'in' sign was lost or destroyed, but they did their best to replace it with something of similar style but delightfully homemade. (The other side of the 'in' was the normal plastic sign matching the 'out' sign.) 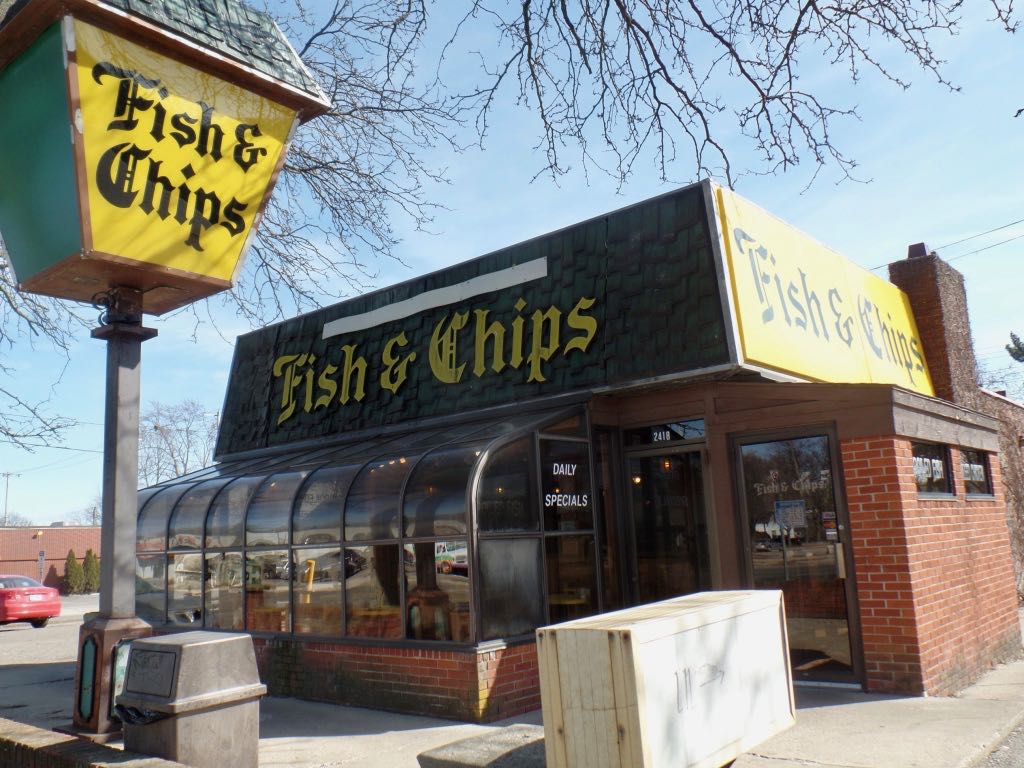 And the storefront, showing off the barely-rotating sign and the Vaguely New England shakes pattern for the roofline and also the place where Arthur Treacher's name once went. 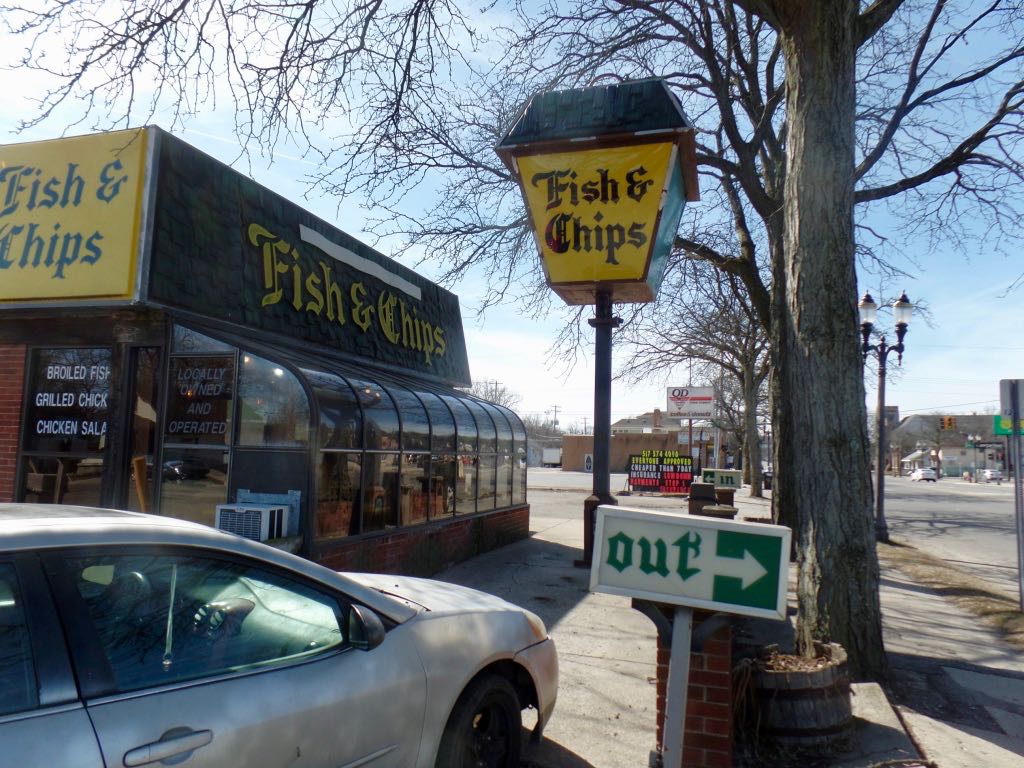 Opposite angle on the front, showing that the other side of the 'in' sign was working. In the background is the sign for Quality Dairy, Lansing's convenience store chain. You can also make out across the street that there's a Blimpie's. 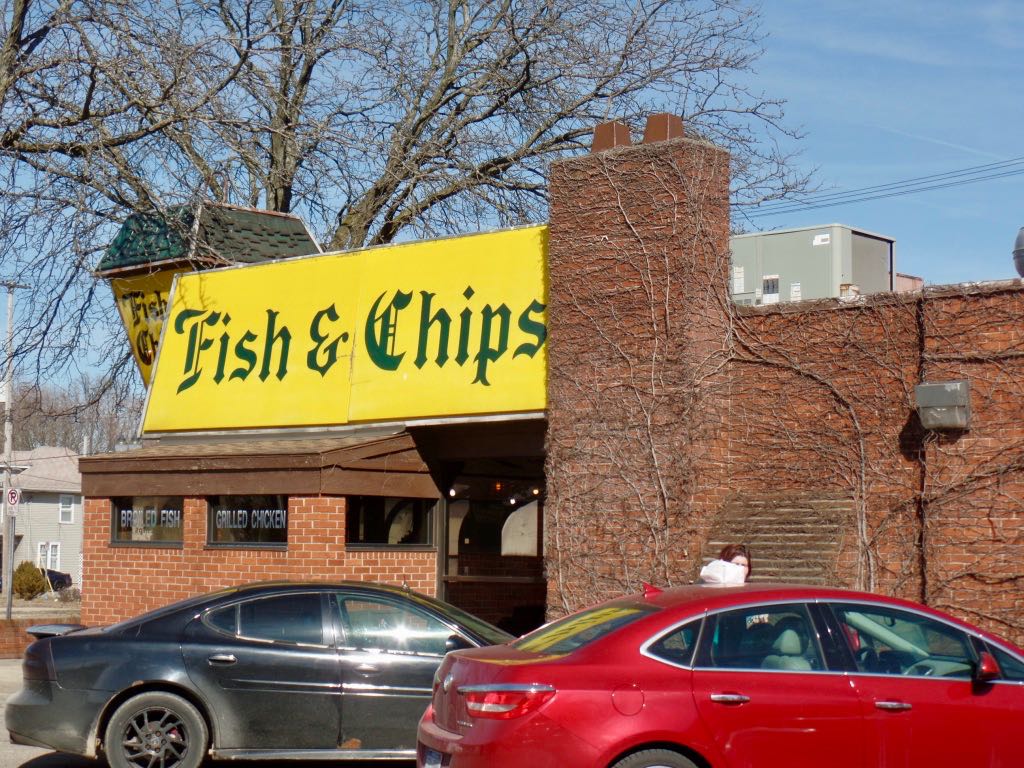 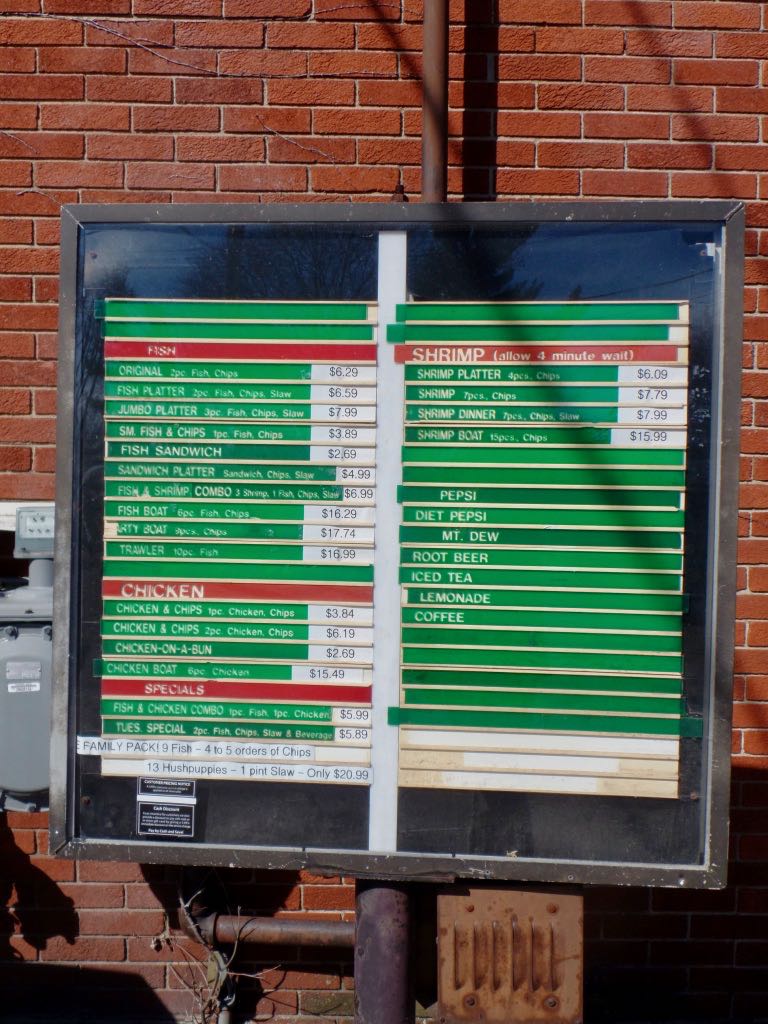 The drive-through menu board was still the old-fashioned sign, possibly everything but the prices unchanged since the late 80s. Maybe. 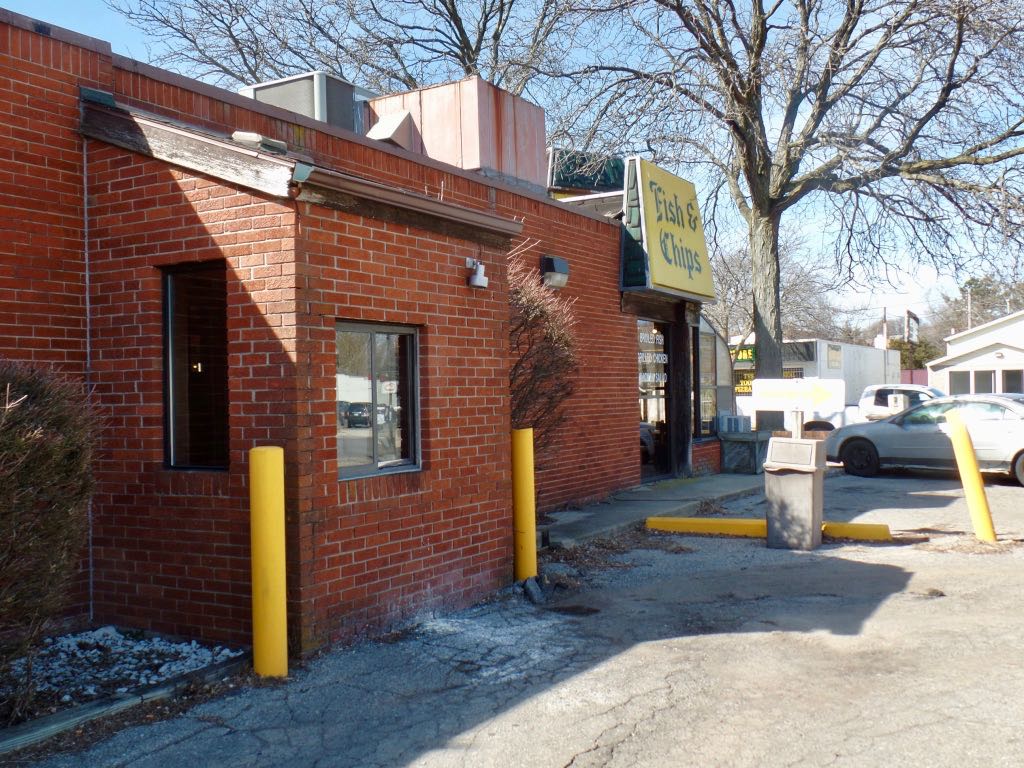 The drive-through window, with the curb and trash bin placed so people don't crash into parked cars too much. You get the sense the drive-through service was an afterthought to the building design. 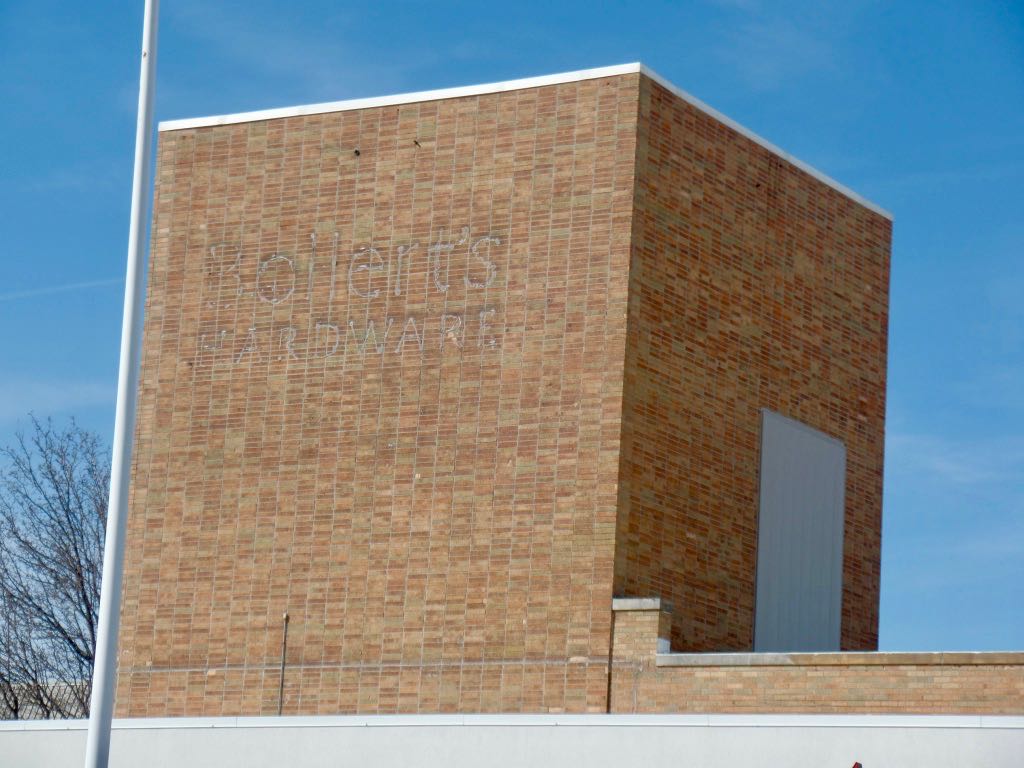 Yeah, so, after our last visit together to Fish and Chips we went over to Frandor, the local mall. The Ace Hardware store used to be an ACO Hardware store, and before it was that, it was Bollert's Hardware, and the weather that day was such that you could see the ghost of that sign. And here it is. 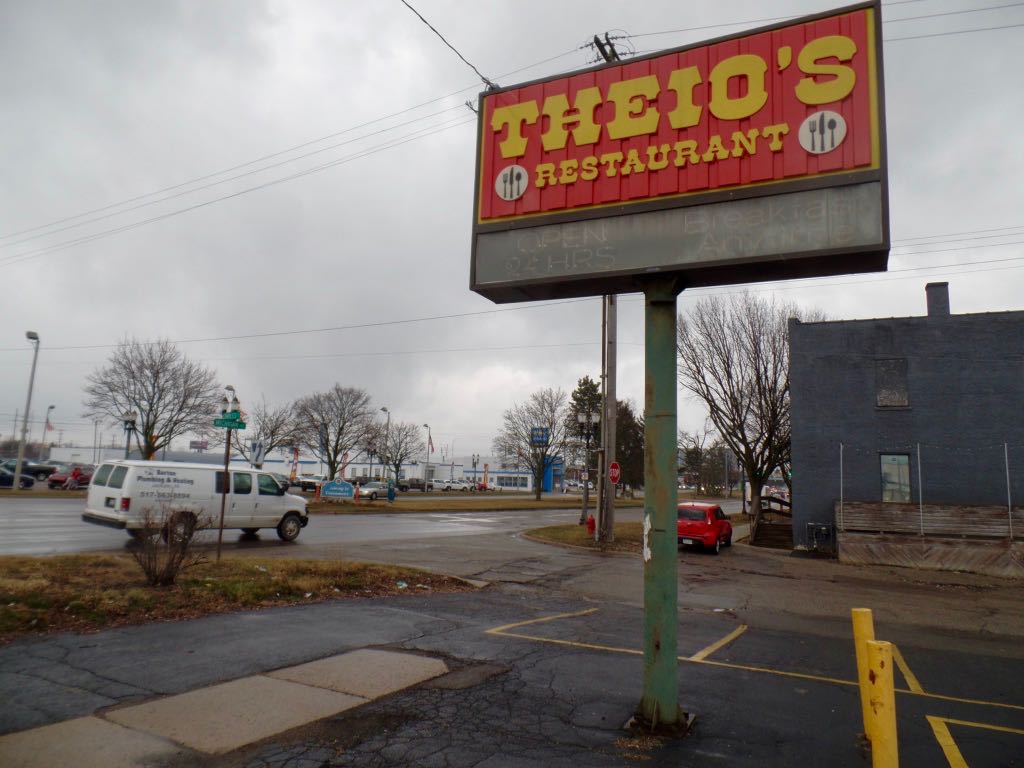 And now something else that's not there anymore. Theio's Restaurant had been the 24-hour place where everyone in Lansing went to eat because, jeez, who's open at this hour of the night? And then new owners in 2017 screwed up everything, firing the staff, forgetting to get the password for the place's Facebook page from the now-fired staff, converting to a breakfast-and-lunch joint, and then going inexplicably closed. In March of 2018, I went to investigate. 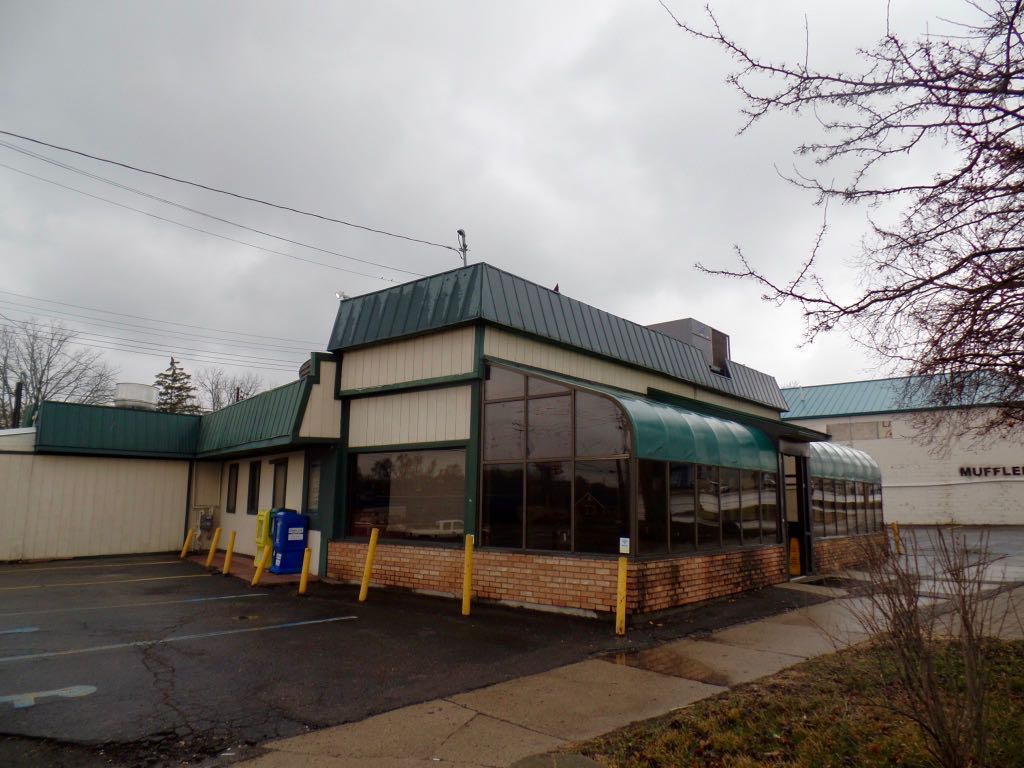 Theio's: not technically the same building as Fish and Chips, although I can certainly see where you'd get that idea. 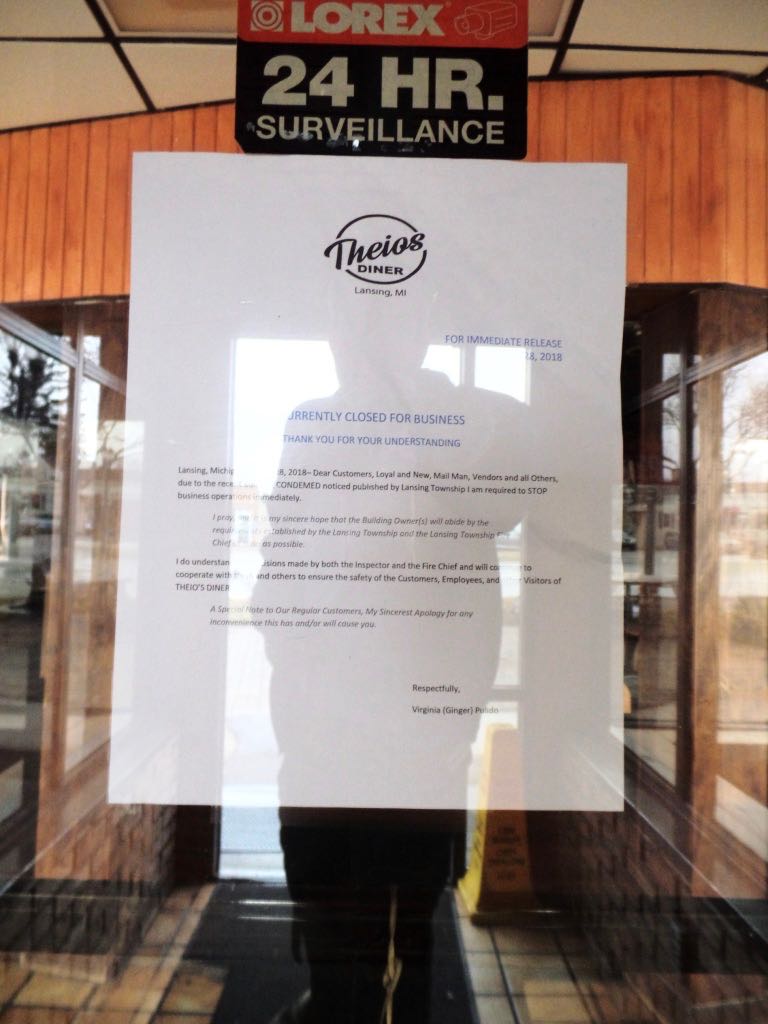 And here's the notice in the window. ``Dear Customers, Loyal and New, Mail Man, Vendors and all Others'', they're very sorry but they have to close just because Lansing Charter Township condemned the building. And they understand the decisions of the Inspector and the Fire Chief and promise to cooperate with them ``and others'' to ensure the safety of everybody involved and they apologize sincerely for any inconvenience.

Trivia: The first baseball club in Kalamazoo, Michigan, formed around 1860. Records indicate they often played using rocks for bases, to some injury. Source: But Didn't We Have Fun? An Informal History of Baseball's Pioneer Era, 1843 - 1870, Peter Morris.

Currently Reading: Little Orphan Annie Volume One: Will Tomorrow Ever Come? The Complete Daily Comics 1924 - 1927, Harold Gray. Editor Dean Mullaney. You know, I finally understand what the appeal of Little Orphan Annie was. The storylines are kind of a blend of Dickensian helpless-orphan swinging rapidly between fortune and failure, with a lot of talk about upperclass twits of the year and occasionally slugging loan sharks or mortgage holders (but I repeat myself), except that like two strips out of five are pratfall comedy. It's a weird mix, but I'm staying very interested in what comes next.