Unless something better's on TV

Let's get back to Saturday at Motor City Fur[ry] Convention 2018 and a last visit to the Sheraton in Nova. 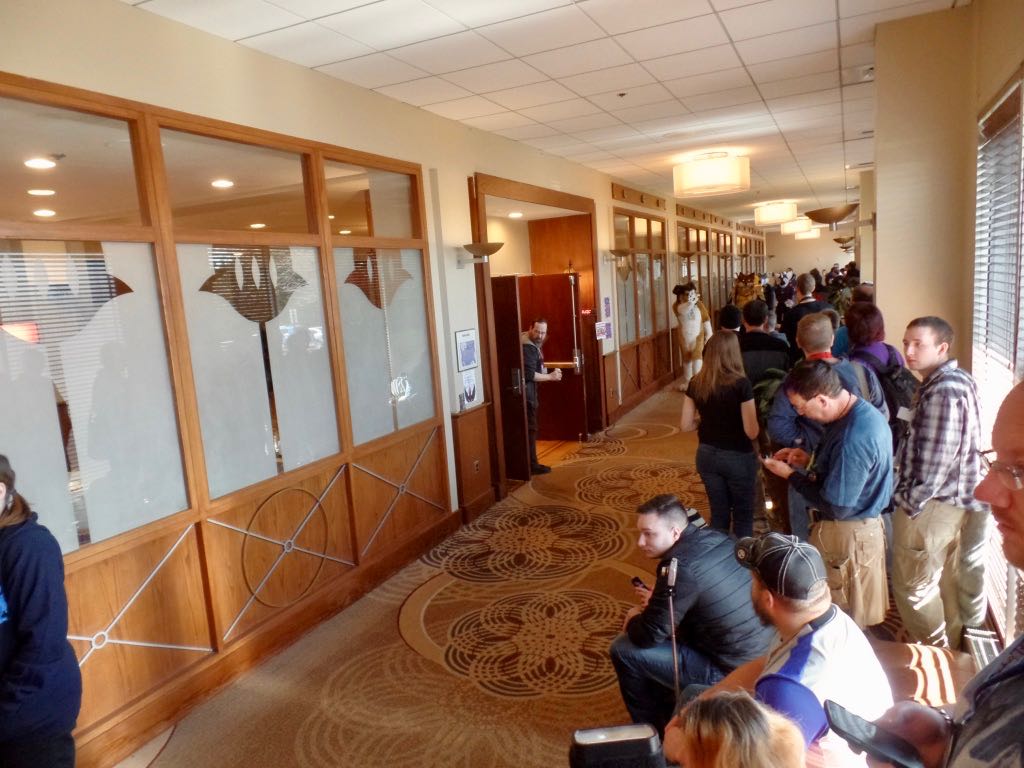 The hallway! In what turned out to be the last fursuit parade down this nice and well-lit corridor in the old Sheraton. I think that's the start of the parade in the far right there.

Extremely shiny silver dragon marching in a suit that must have weighed, I estimate, 860 pounds. 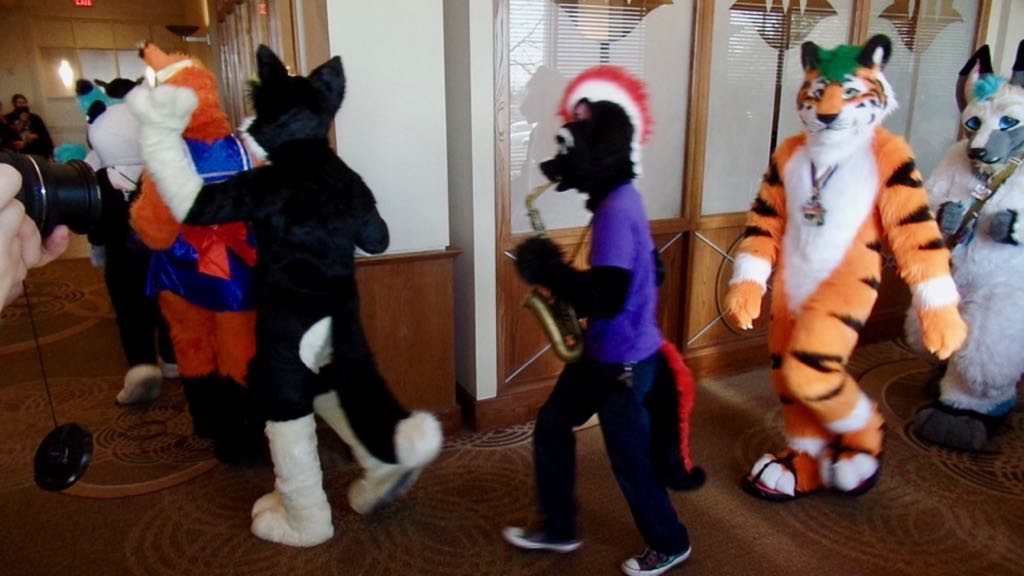 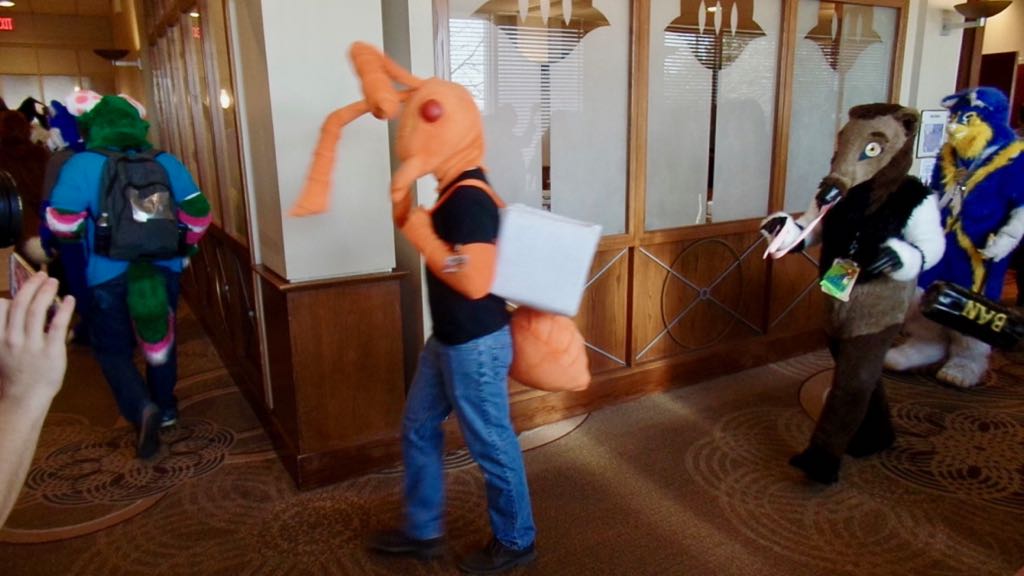 The ant guy in his costume, with the nice sugar-cube backpack that really, really works. And yes, of course the anteater follows. You have to do that sort of thing or else people get all nervous. 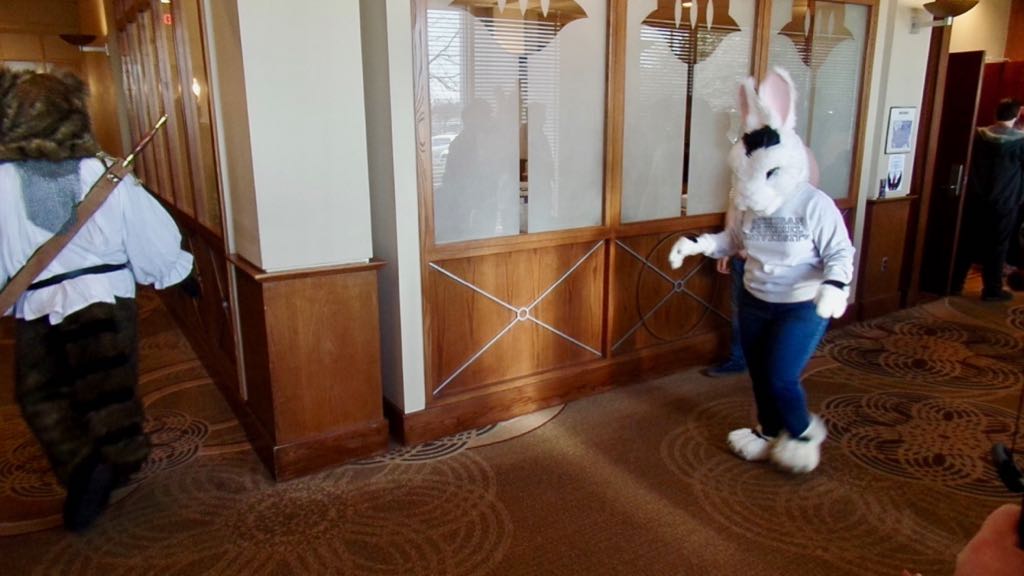 bunny_hugger making her way even though the parade does its best to lose her. (She can see roughly a thumbnail-size image of blurry shapes throug her head so anyone walking at anything but a very uniform pace is losing her.) 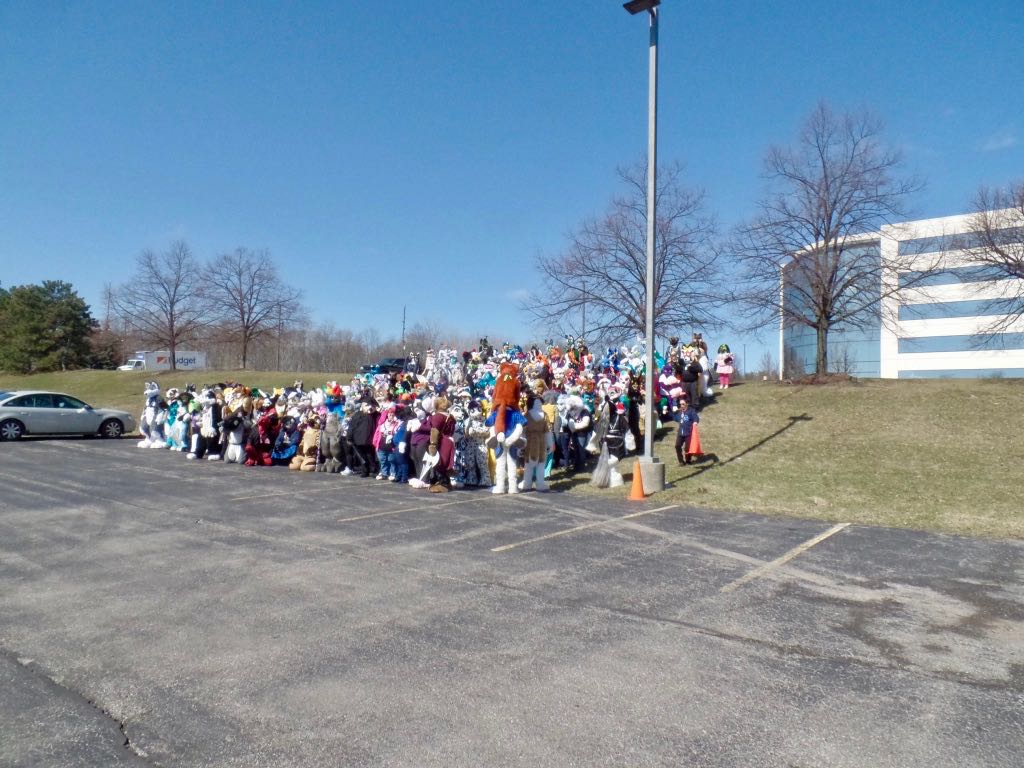 The parade gathered on the hill outside, ready for the fursuit group photograph. 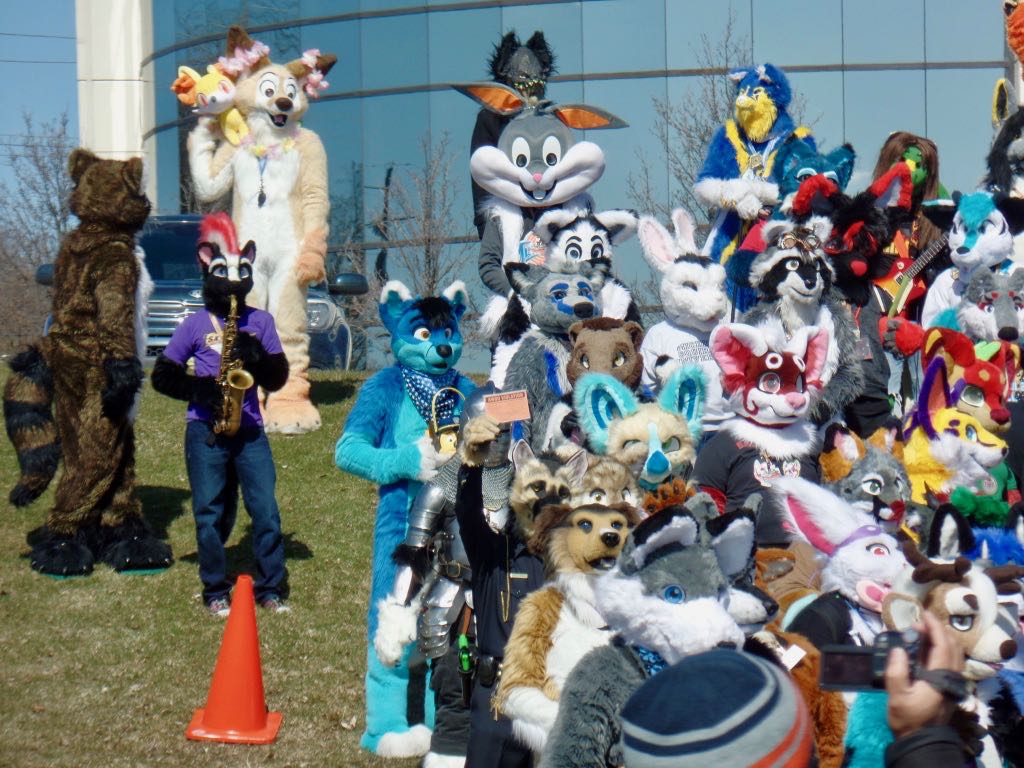 bunny_hugger, up way high but near enough several raccoons to stand out. 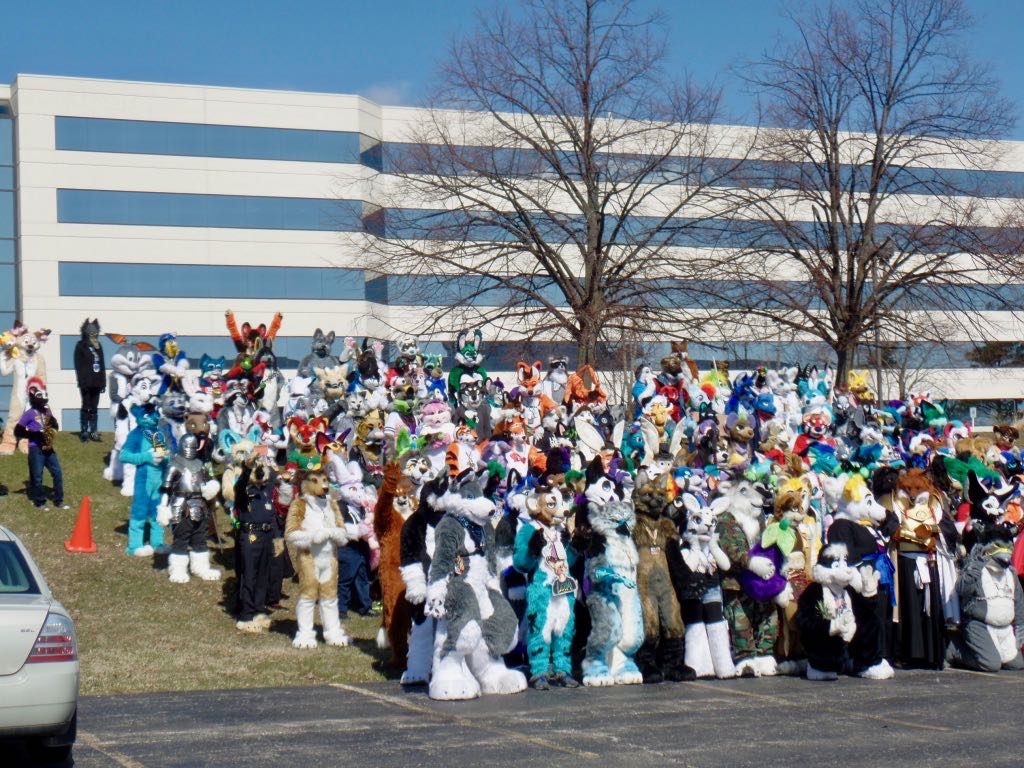 Bit of a broader view of the fursuiters ready to be photographed. 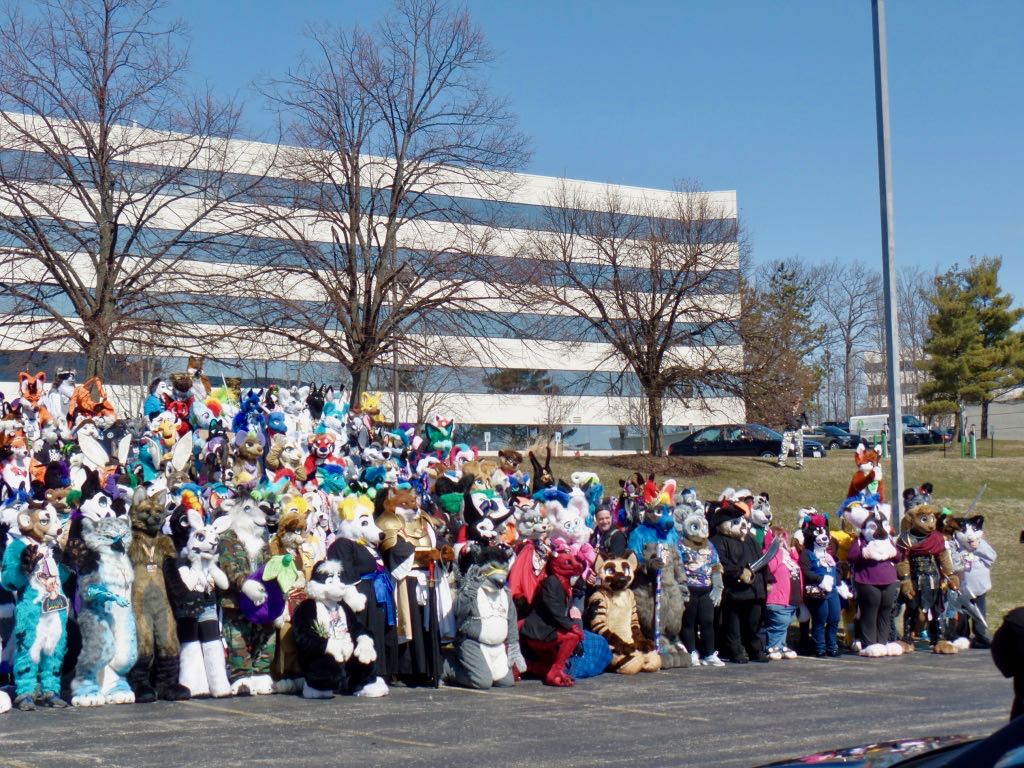 The other end of the fursuiters gathered on the hill. 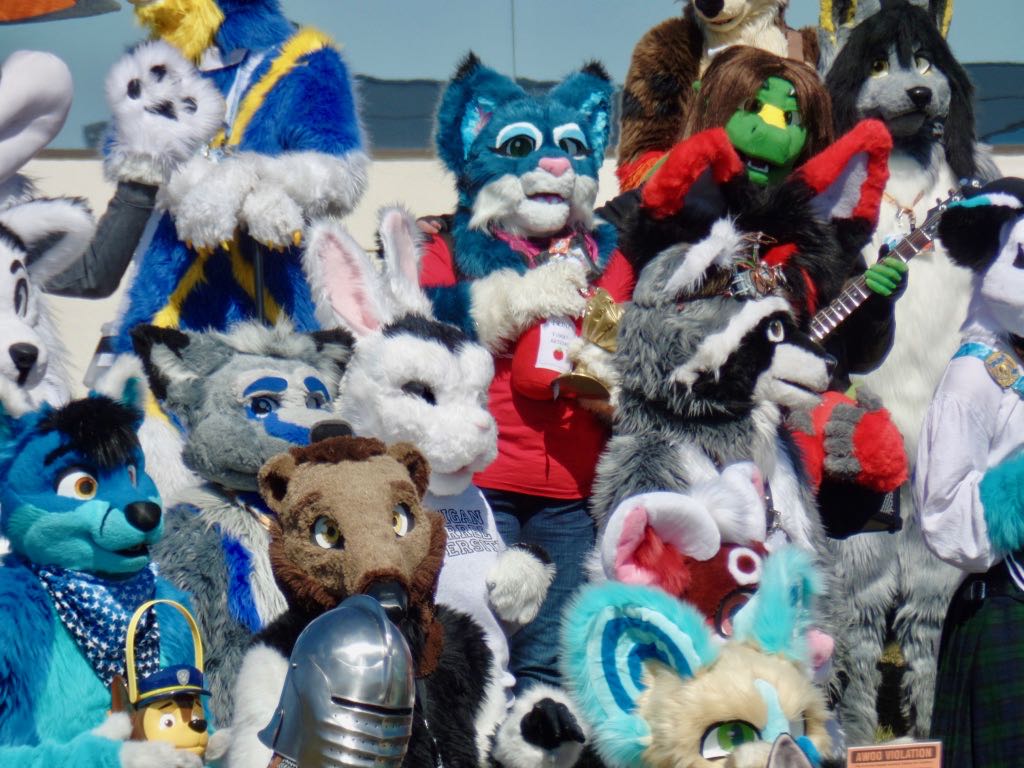 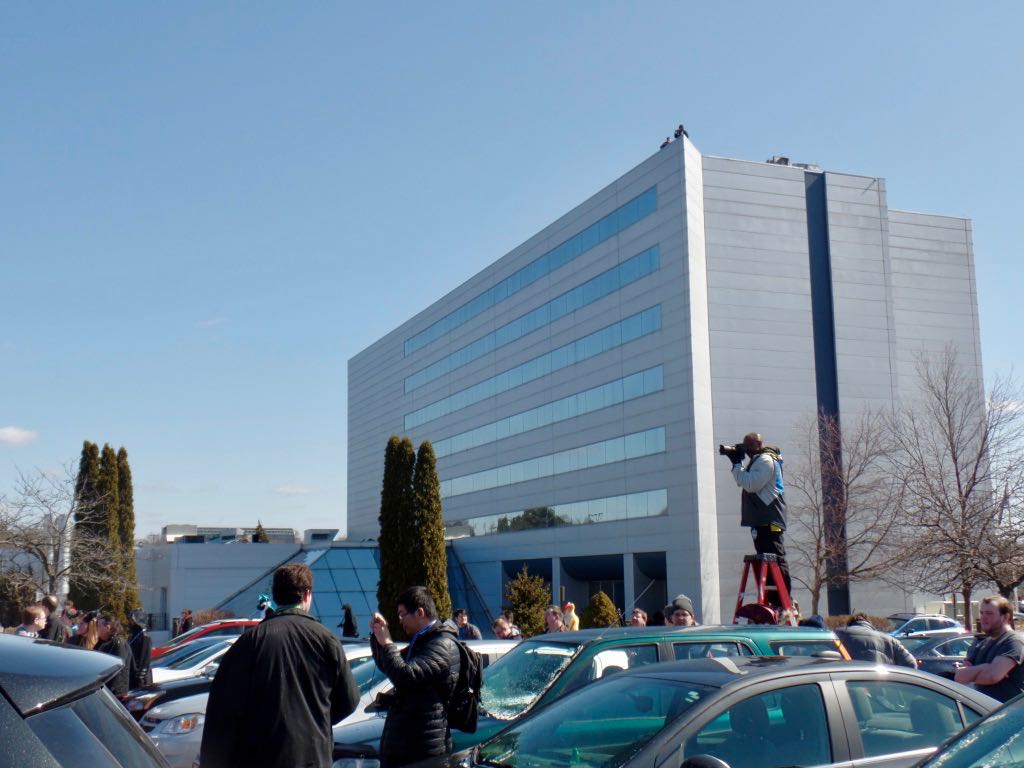 And here's who's doing the photography. The guy with the ladder is doing the convention's official photo. 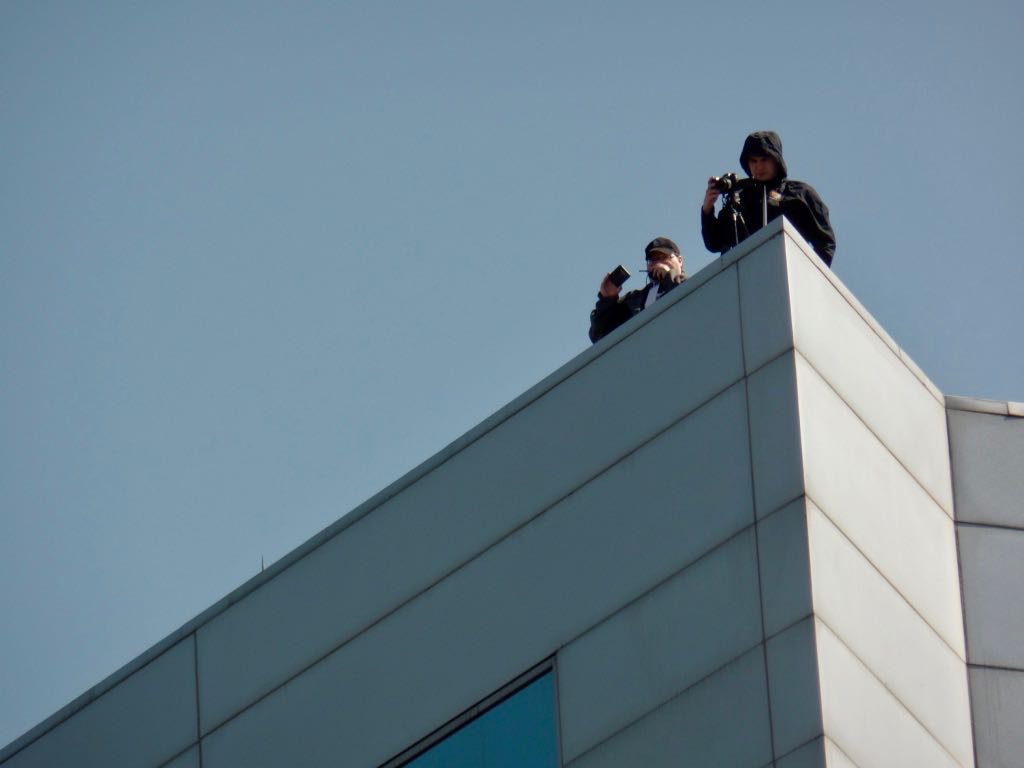 I don't actually know whether they're also part of the official convention photography or whether they just know who to ask to photograph from atop the hotel.

Trivia: In 1949 Rutgers launched a campaign to have its campus designated the future site of the National Football Hall of Fame, to respect its significance as site of the first intercollegiate football game. Source: Rutgers: A Bicentennial History, Richard P McCormick.

PS: My 2019 Mathematics A To Z: Fourier series, where I go nearly a thousand words without saying ``sine'' or ``cosine''. Good luck figuring that one out!