Open your eyes, look up to the skies and see

These A-to-Z sequence months are really good for filling up my blog with content. Especially with me using Fridays and Saturdays to point out old A-to-Z entries. Run recently:

And on to the story comics. What's Going On In Mark Trail? Is Mark Trail gonna punch a Yeti? July - September 2019 sets Mark Trail up for Yeti-punching, but we're nowhere near close to that yet.

bunny_hugger in suit for a Saturday. 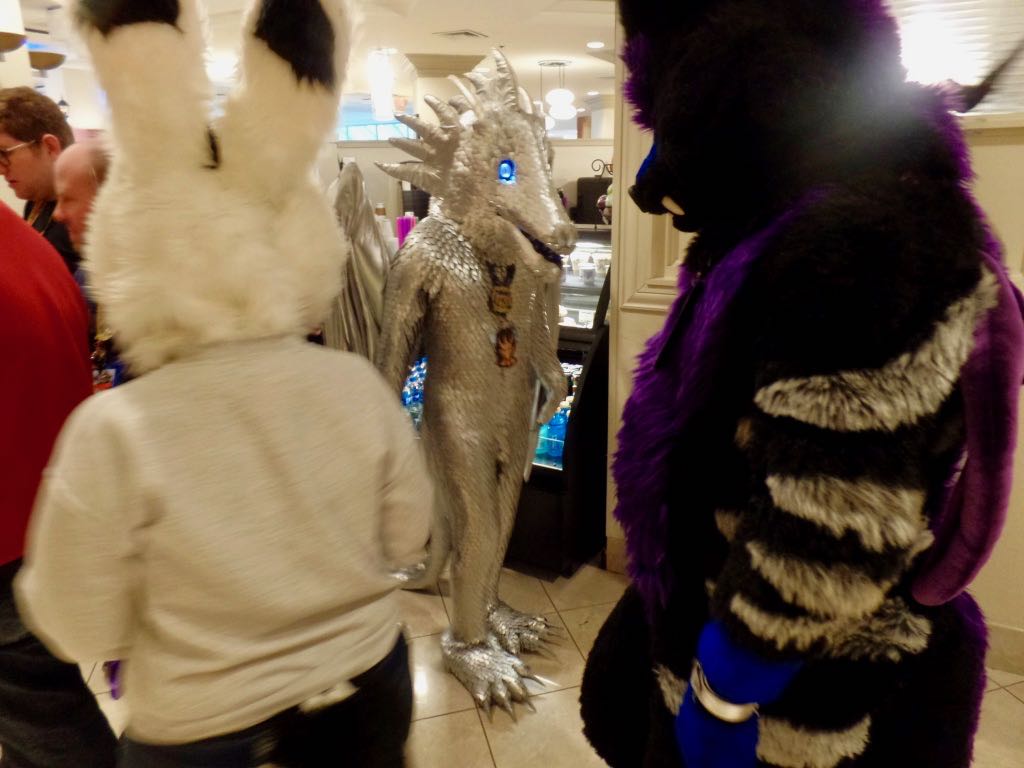 Milling around and running across that scaled dragon again, with a picture that almost shows off how many scales there are and the glowing eyes I didn't realize were there. 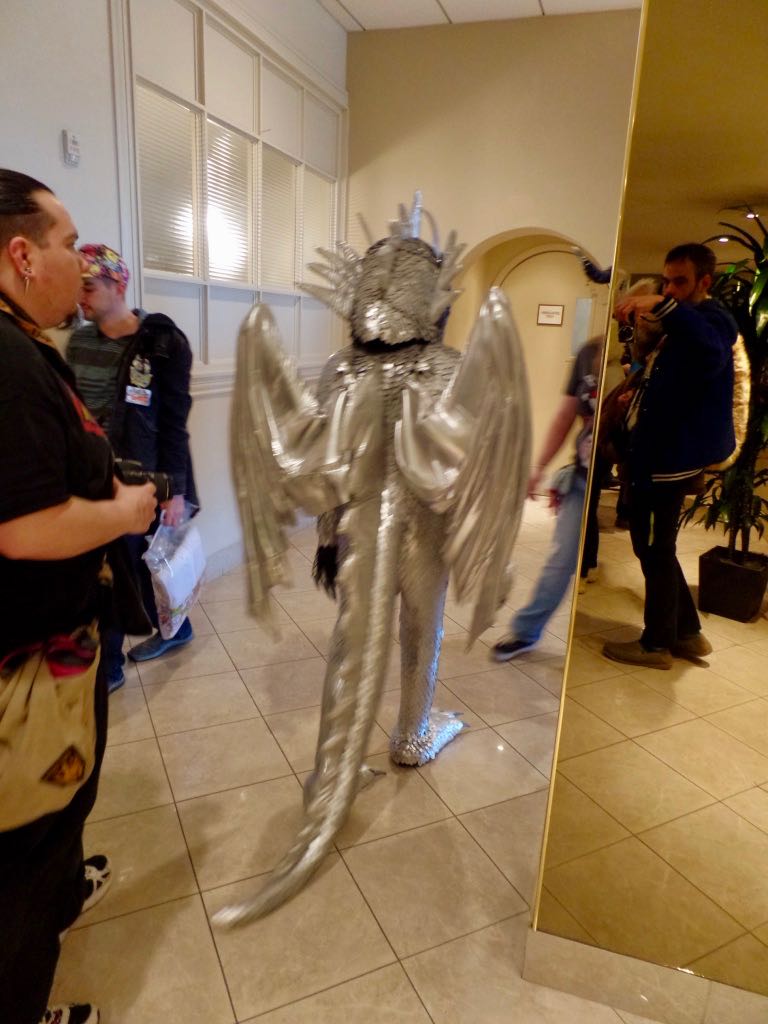 The back side of the dragon, showing off the wings. Note the guy in the mirror checking the dragon out; I couldn't arrange an eye line like that if I tried. 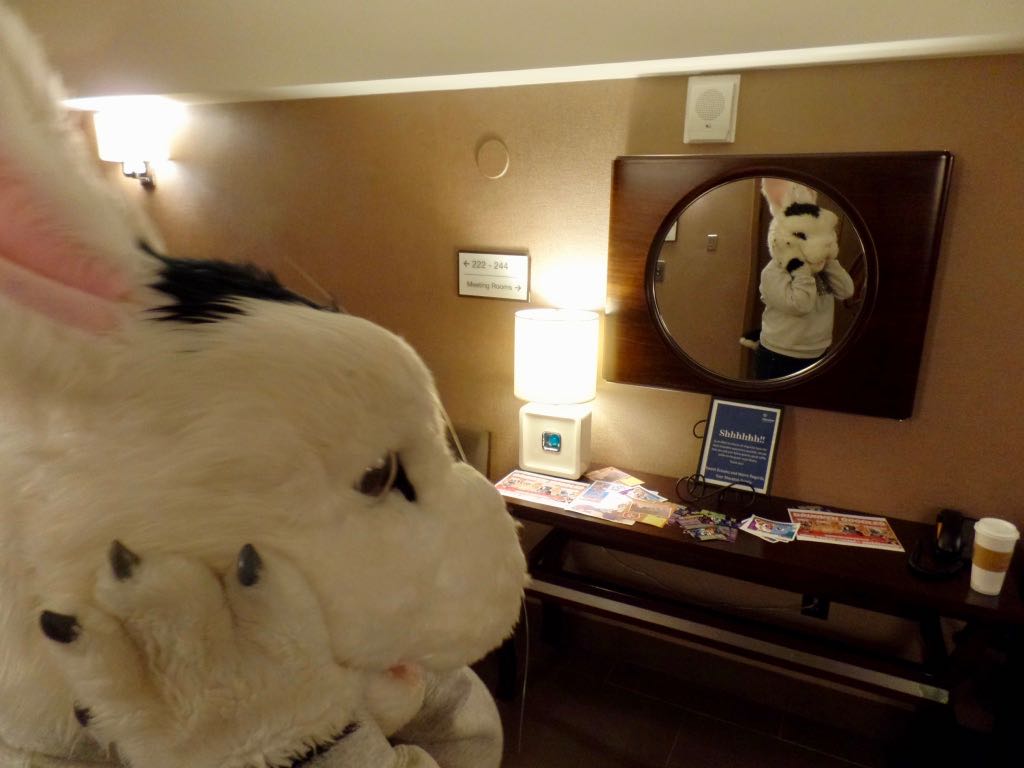 bunny_hugger briefly worrying that she hasn't got her head on straight, in another picture composed way better than I could have hoped to do on purpose. 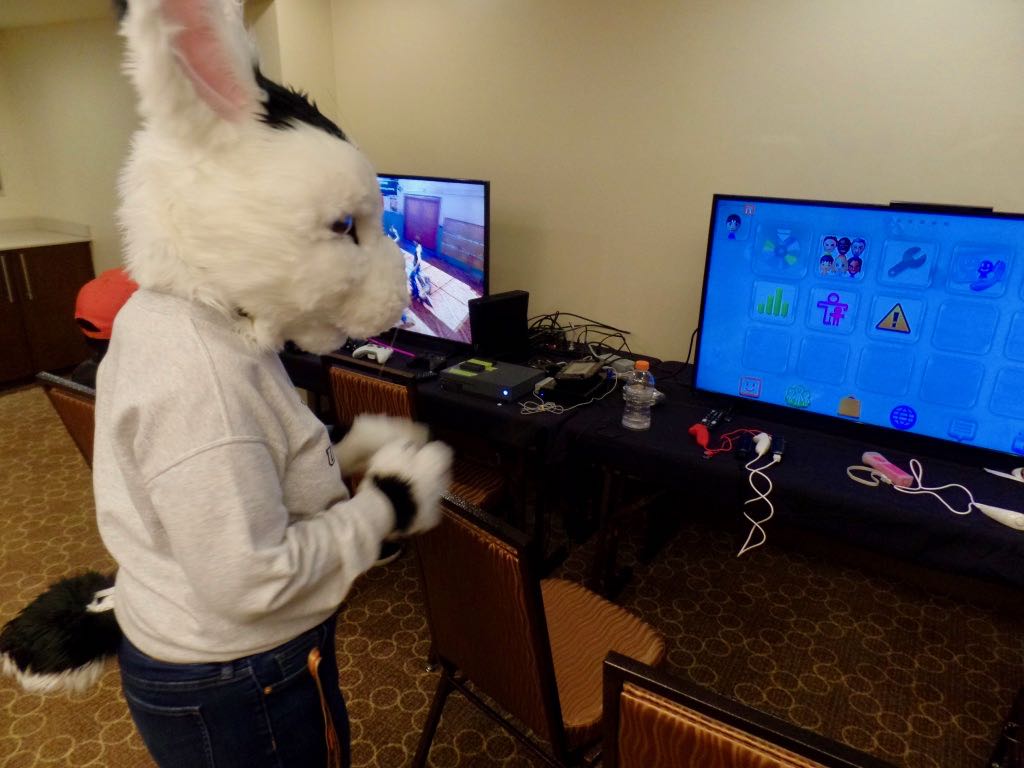 bunny_hugger trying her paws in the game room. The great big danger triangle indicates maybe the controller doesn't know what to do about bunnies. 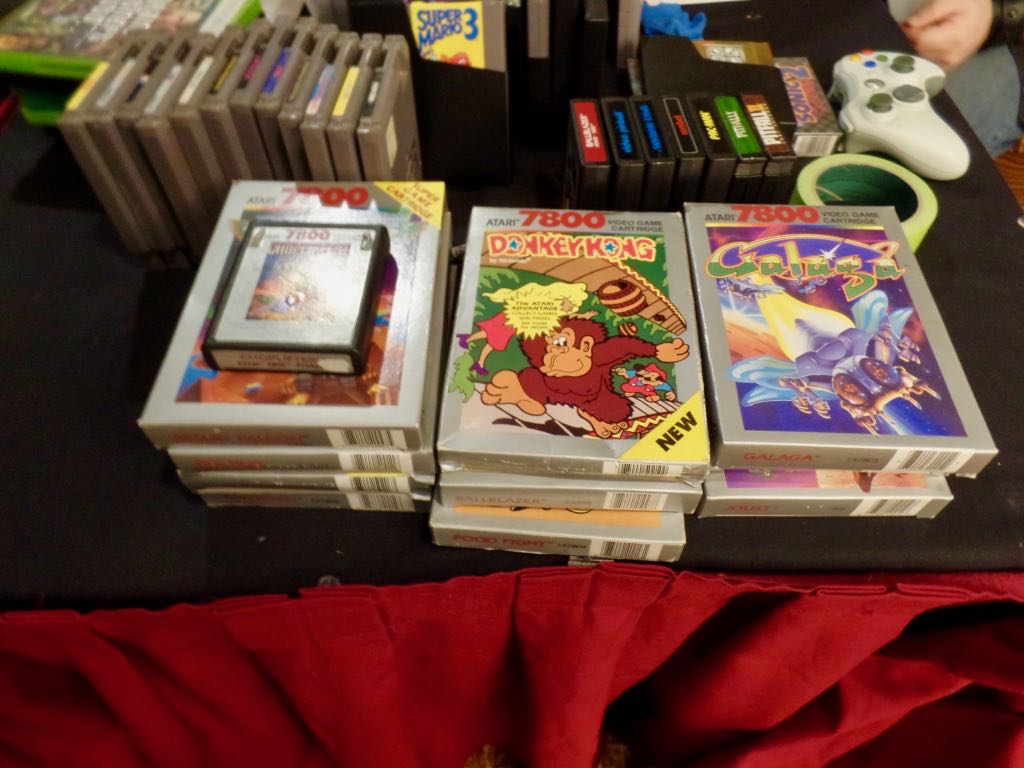 Pile of video game cartridges in the game room. Atari 7800 games look pretty good and let me know that in fact I can't play even Atari 7800 video games. 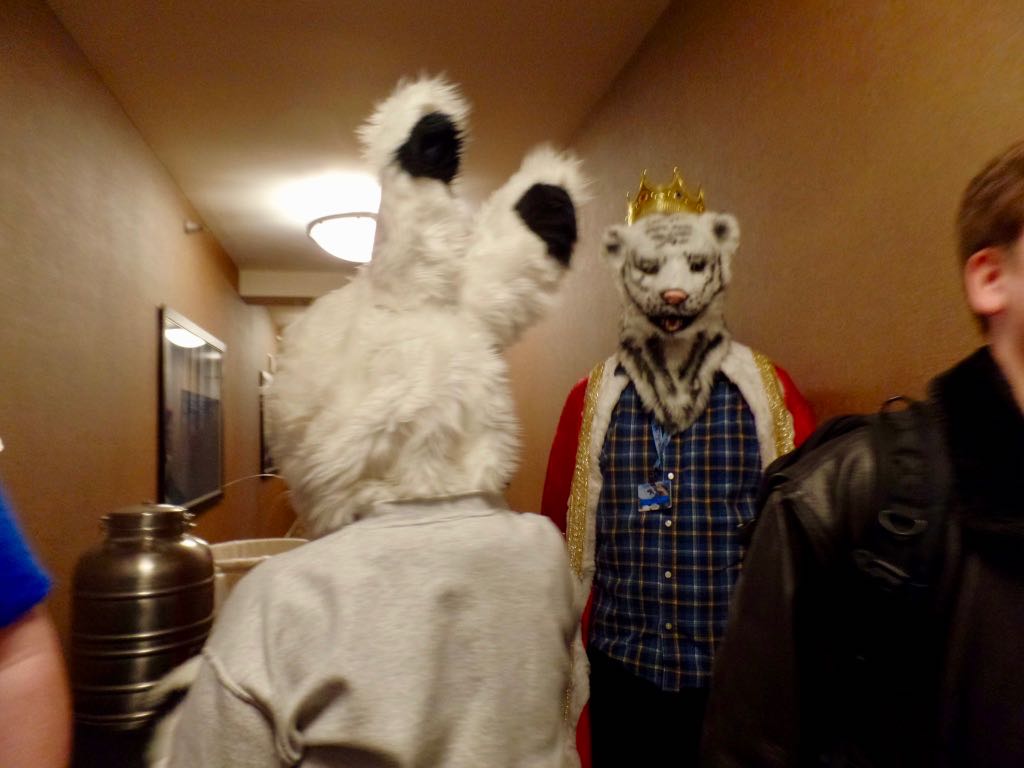 bunny_hugger and a white tiger enjoying a brief conference on matters relevant only to the white-and-black-fur community. 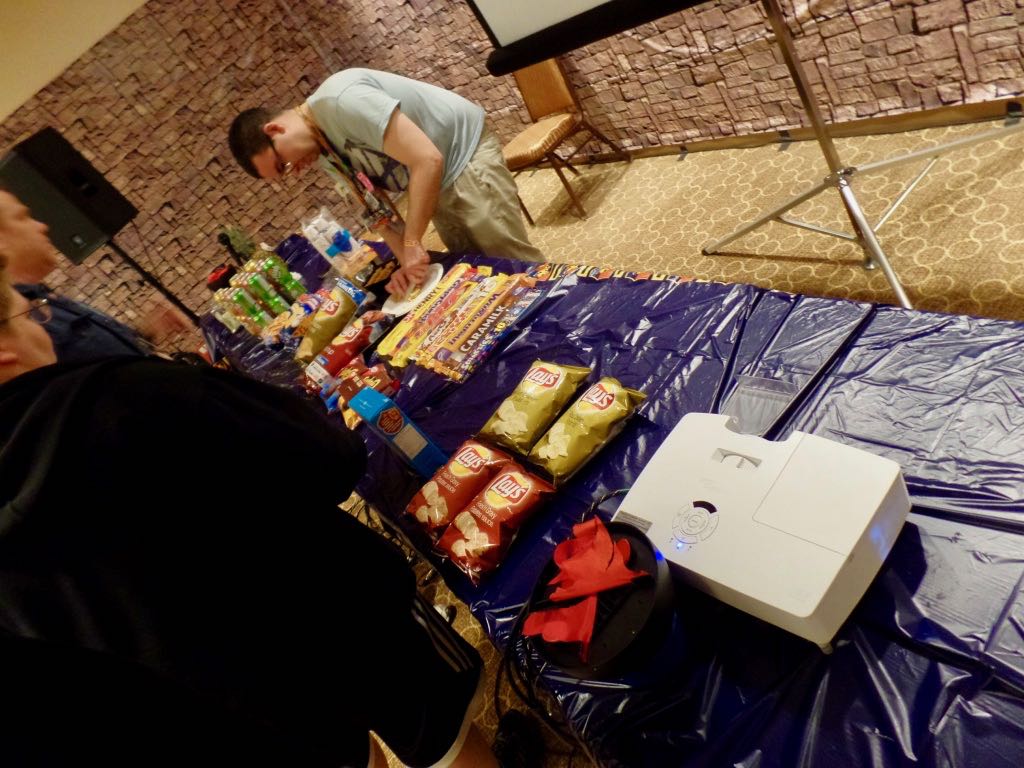 The snacks at a Canadian Candies panel which slightly disappointed us by not having enough Wunderbars. Good samples of slightly exotic foods, though, like weird potato chip flavors and such. 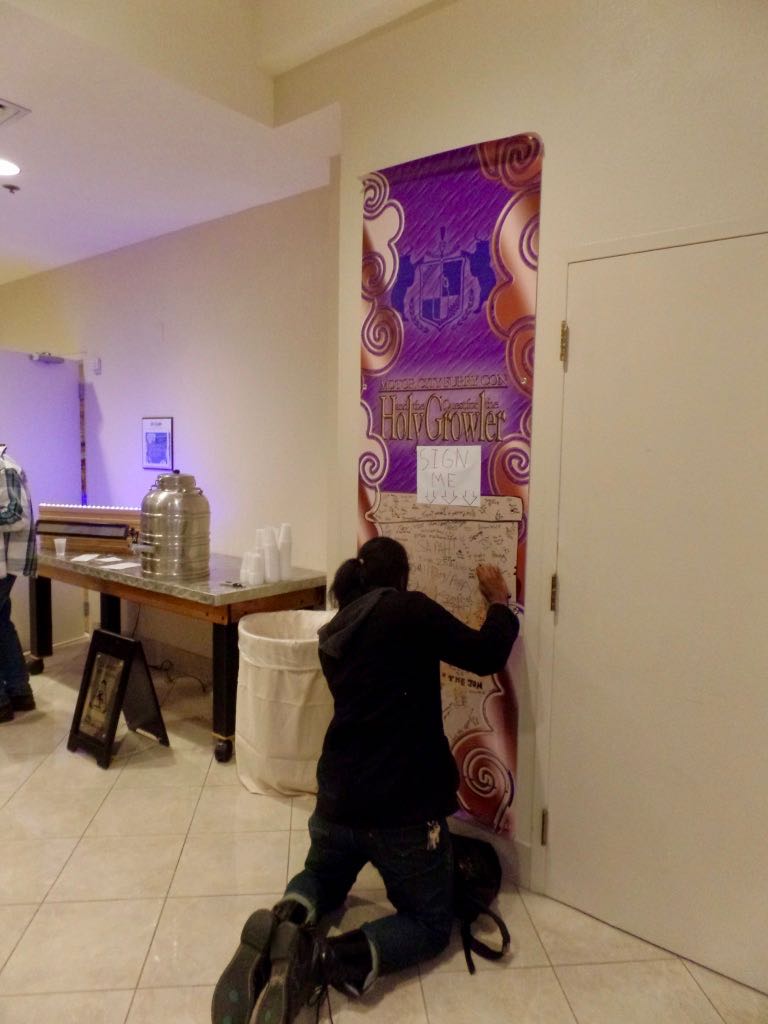 I have no idea what the panel urging people to sign was all about, but many people did sign this or successor panels over the course of the weekend. 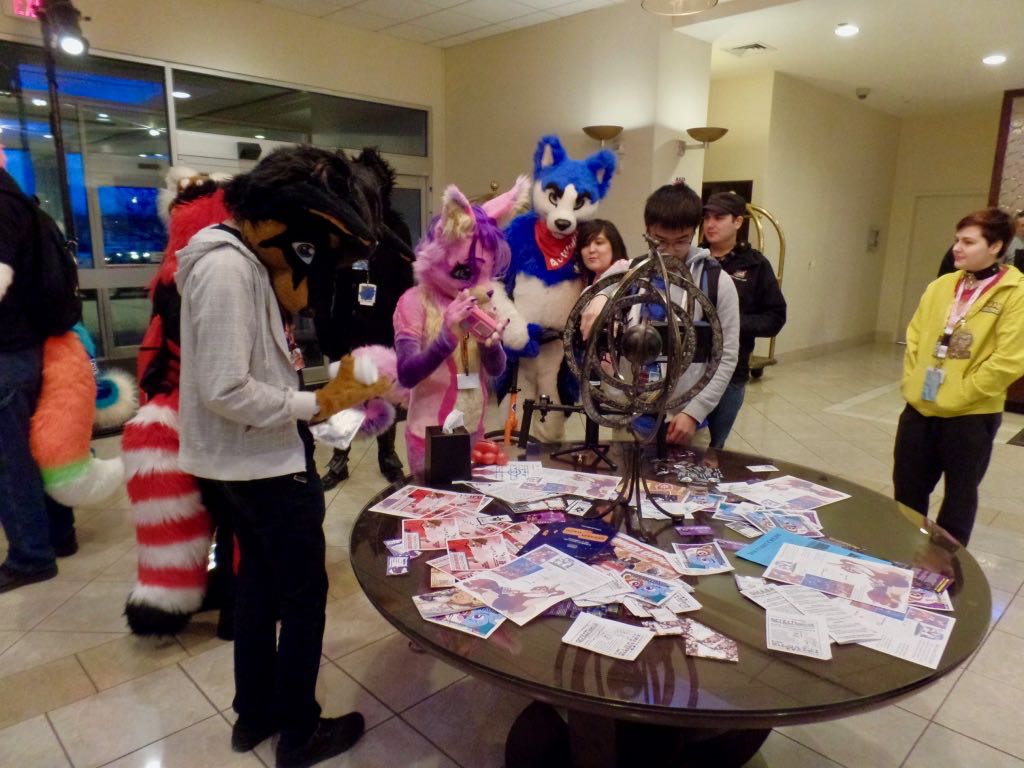 People gathering around one of the tables up front to look at flyers for other conventions than this one. 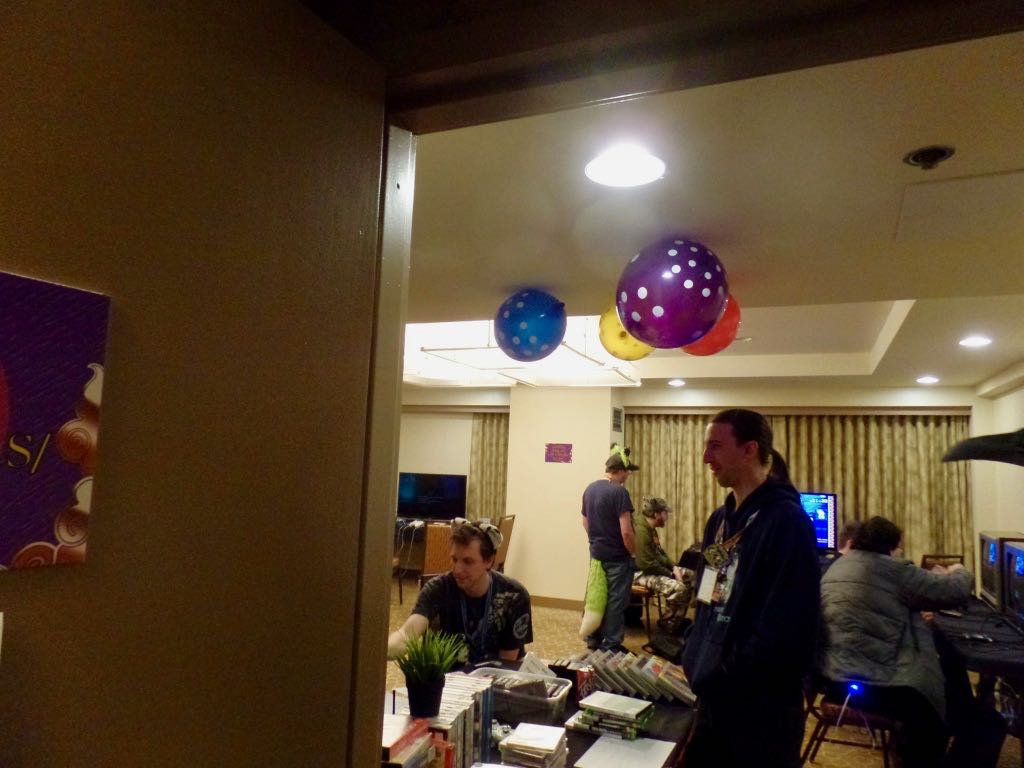 Meanwhile the game room has gotten itself some balloons. 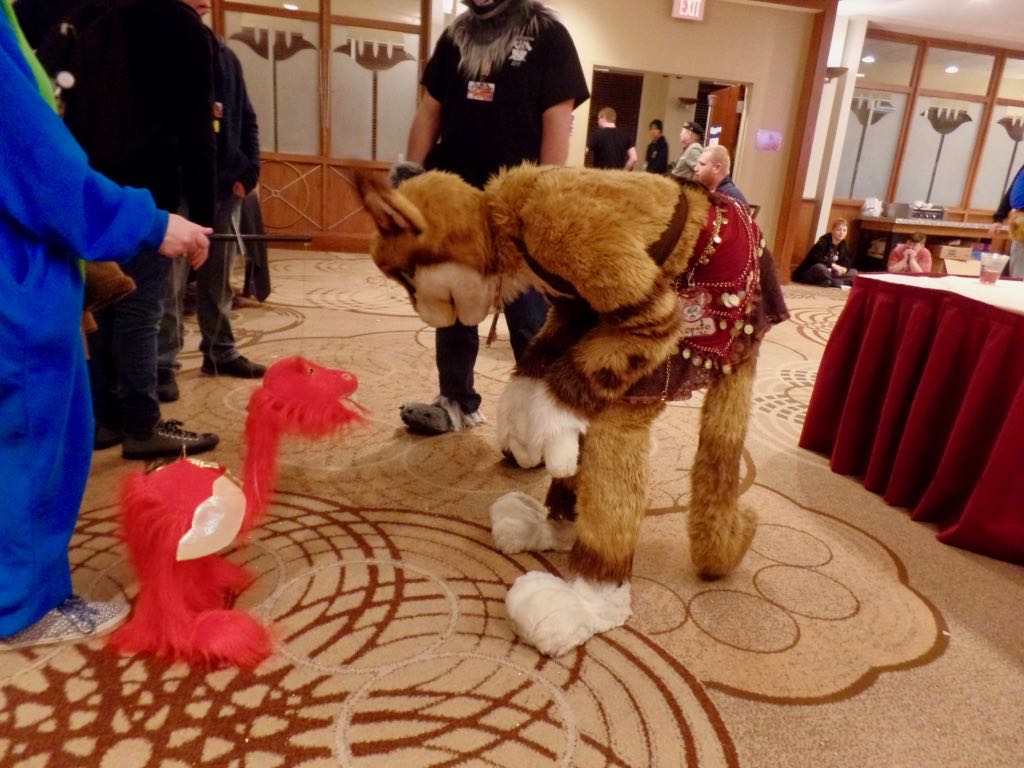 Archimedes making some more friends with the cat community, here. 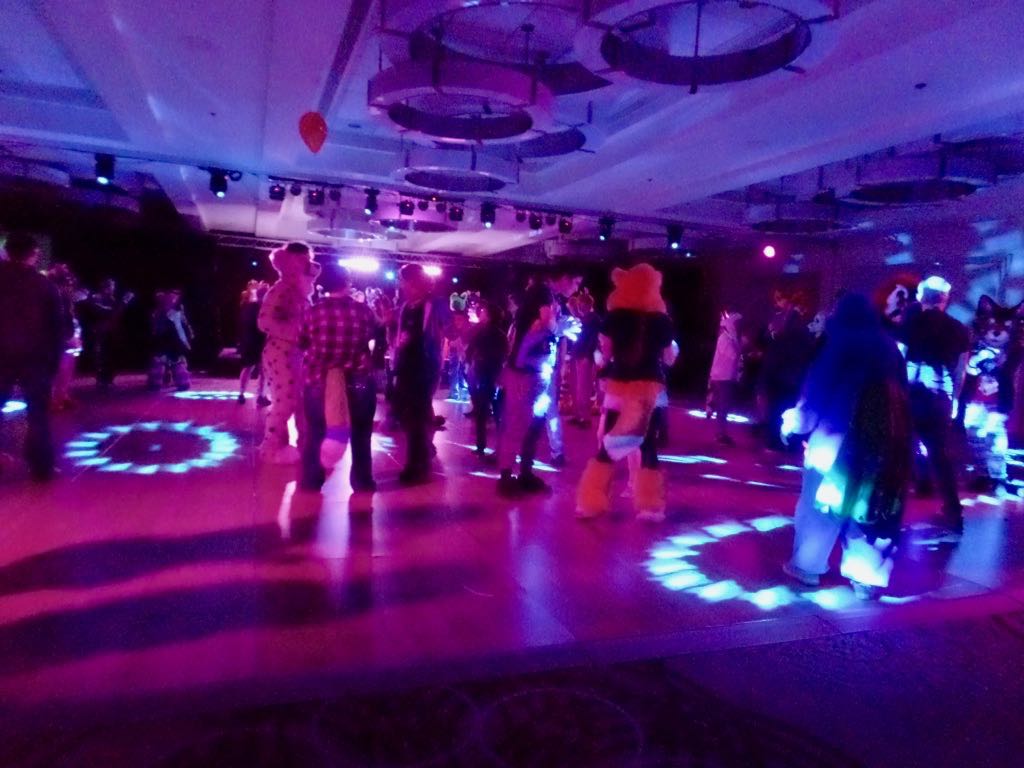 The Saturday Night dance gets under way! It was already under way, really; we only just finally got around to it.

Trivia: The first television program Gulf Oil sponsored on NBC was You Are An Artist, seen in New York and Schenectady, a fifteen-minute show in which John Gagny would draw a simple picture and explain his technique. Each episode included showing a piece on loan from the Museum of Modern Art, with armed guards onstage. Gulf paid $60 per week. Source: Please Stand By: A Prehistory of Television, Michael Ritchie.

Currently Reading: The Triumph of Seeds: How Grains, Nuts, Kernels, Pulses, and Pips Conquered the Plant Kingdom and Shaped Human History, Thor Hanson. Wait wait wait wait wait. Coffee plants put just enough caffeine --- ordinarily, a pesticide --- in their pollen to make bees more attracted to their flowers? Bees drink coffee? (At least, the caffeine seems to make bees more likely to remember and return to plants that give them the right dose.)