We must be swift as a coursing river

My humor blog's available for Dreamwidth, or if you prefer,as the raw RSS feed. If that doesn't work as a way for you to read it, why not try this heads-up to these posts instead?

More peeking in at Motor City Fur[ry] Con 2018. There's fewer of them to pick from than I had realized. 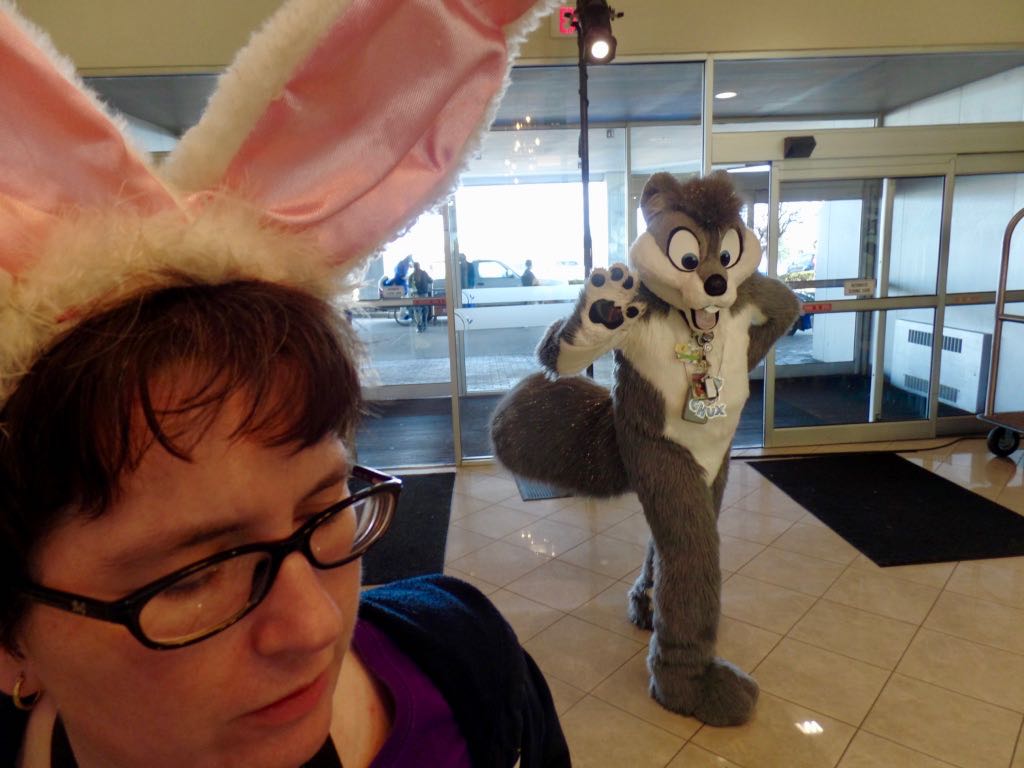 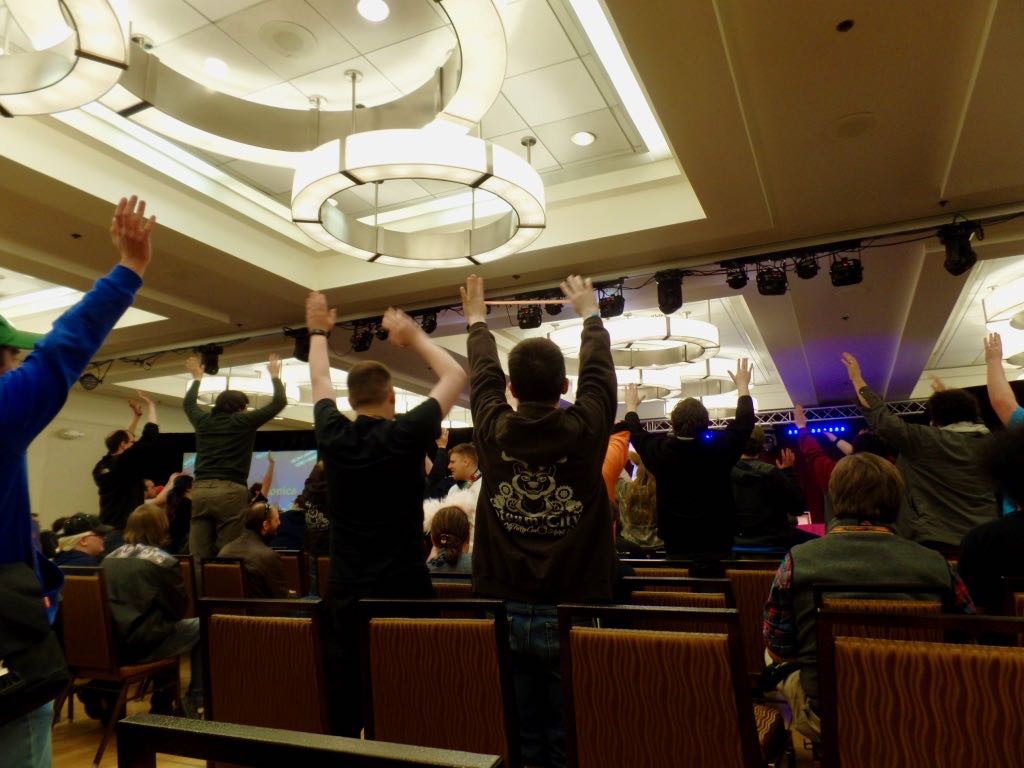 Somehow I'm already on closing-ceremonies pictures. Here ... I guess everyone was doing The Wave for some reason? 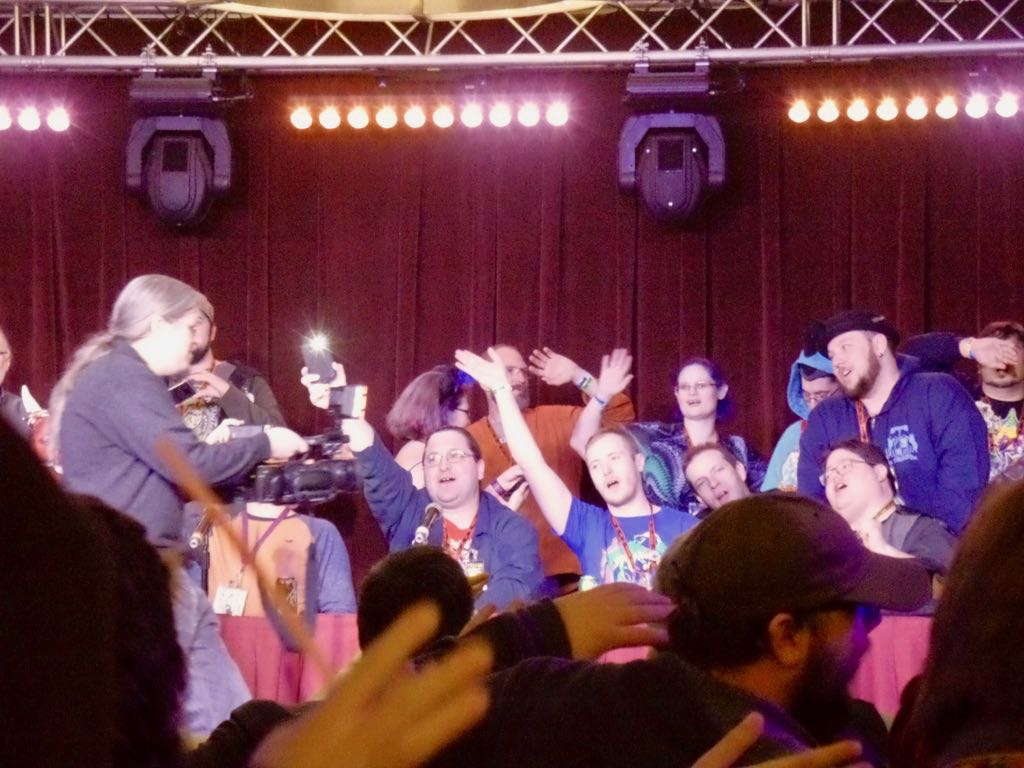 The Motor City Fur[ry] Convention board of directors waves or maybe takes a picture right back at me. 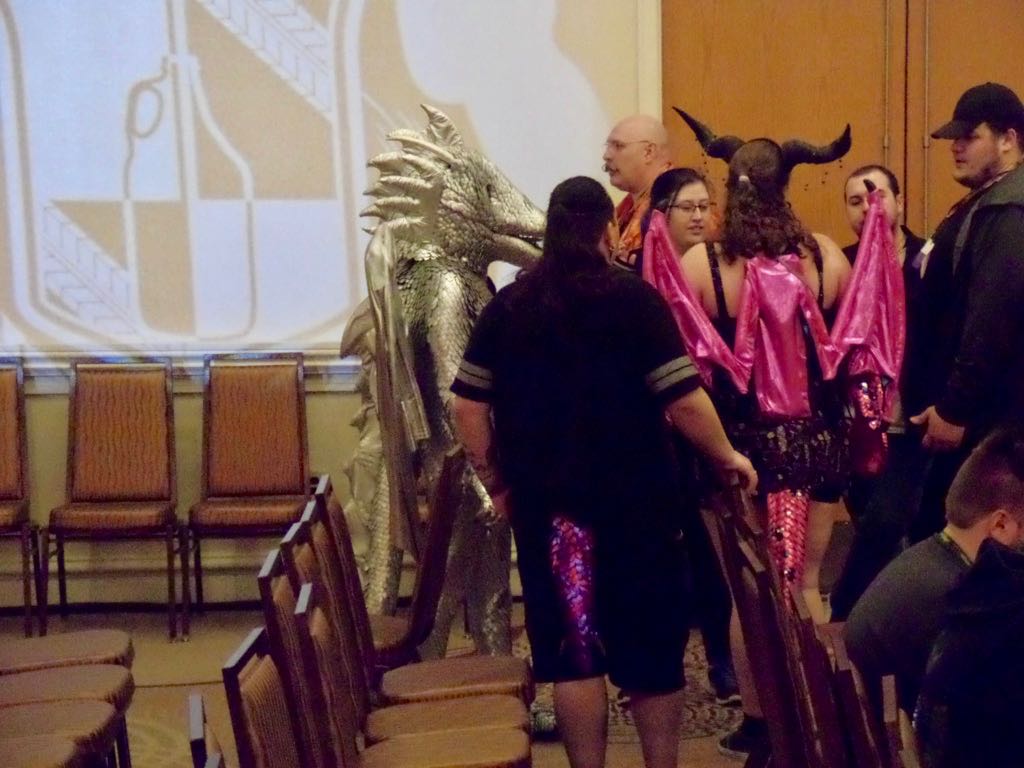 People milling about in costume at closing ceremonies. 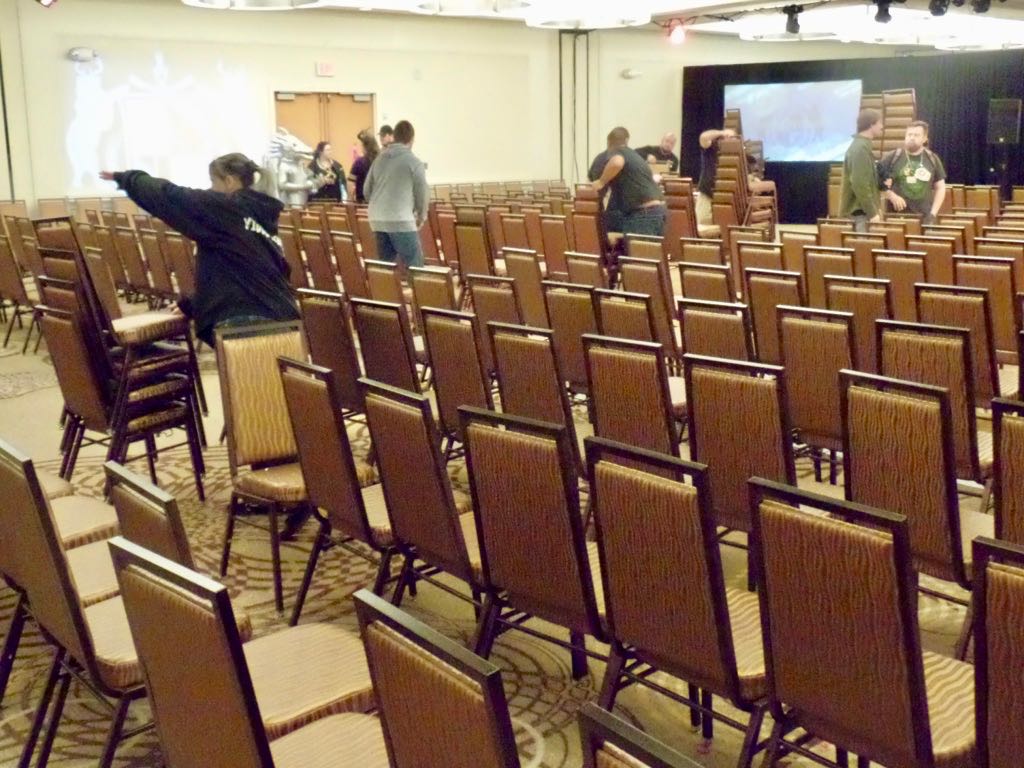 And with the convention officially closed people enjoy stacking up a couple chairs and stealing them for home use. 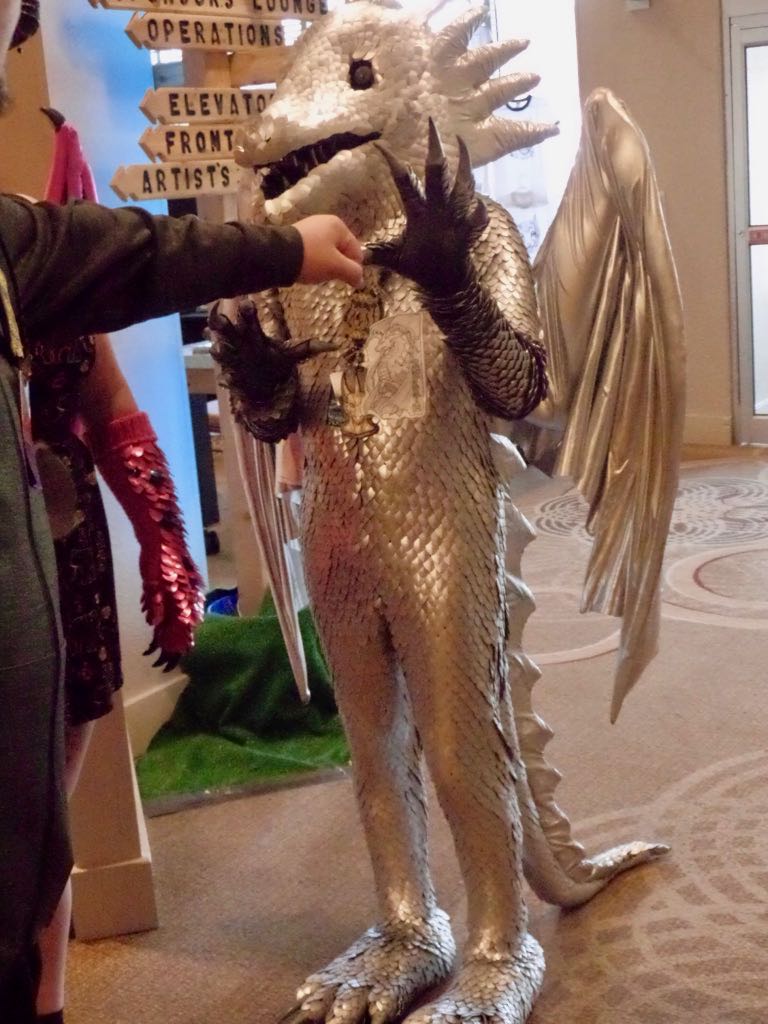 Another good look at the dragon with the 3,850-pound suit, this time with the eyes turned off. 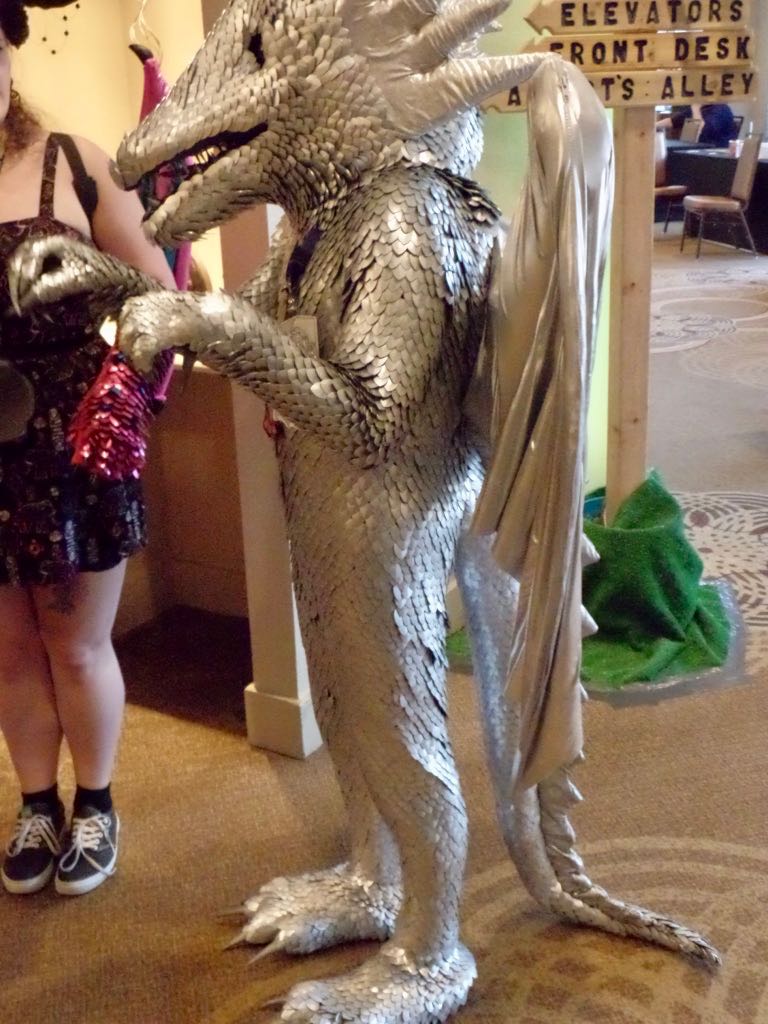 Side view of the 5,830-pound dragon costume, and while the dragon isn't holding a shiny purse it looks enough like the dragon is that I like that interpretation instead. 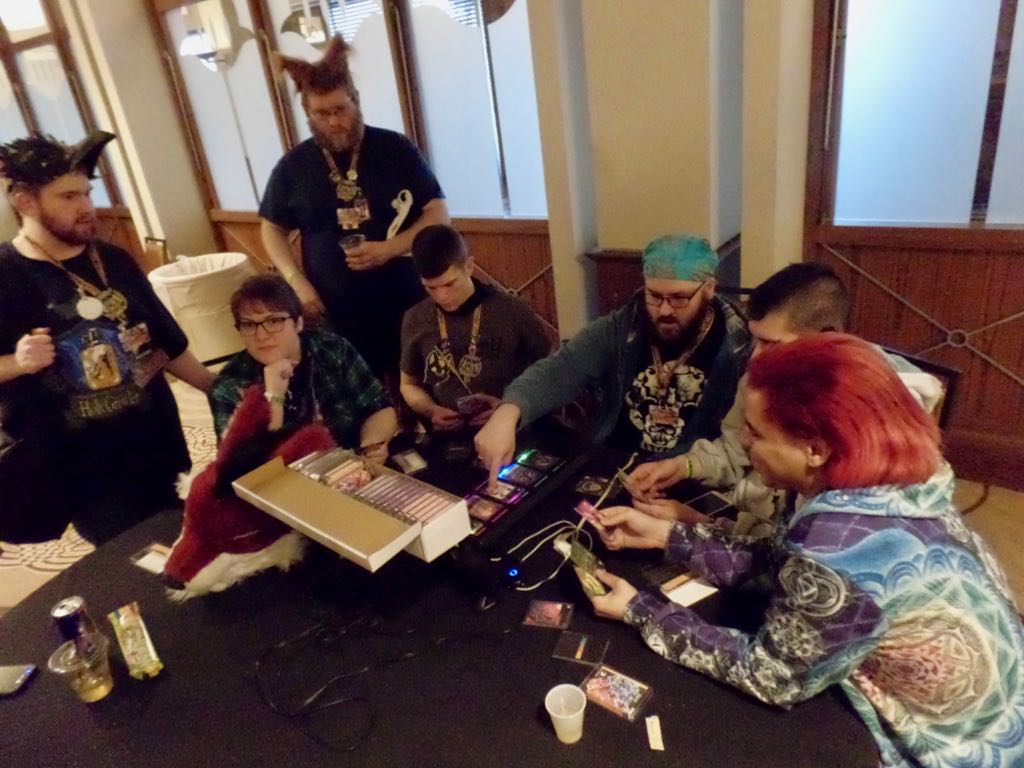 So in hospitality there were a couple people playing this musical card game that looked interesting yet inexplicable. Each card somehow had coded to it a lick of music and putting them together on the deck that's all but invisible in the lighting produced song loops. I have no idea what this is or how it's structured as a game but the idea fascinated us. 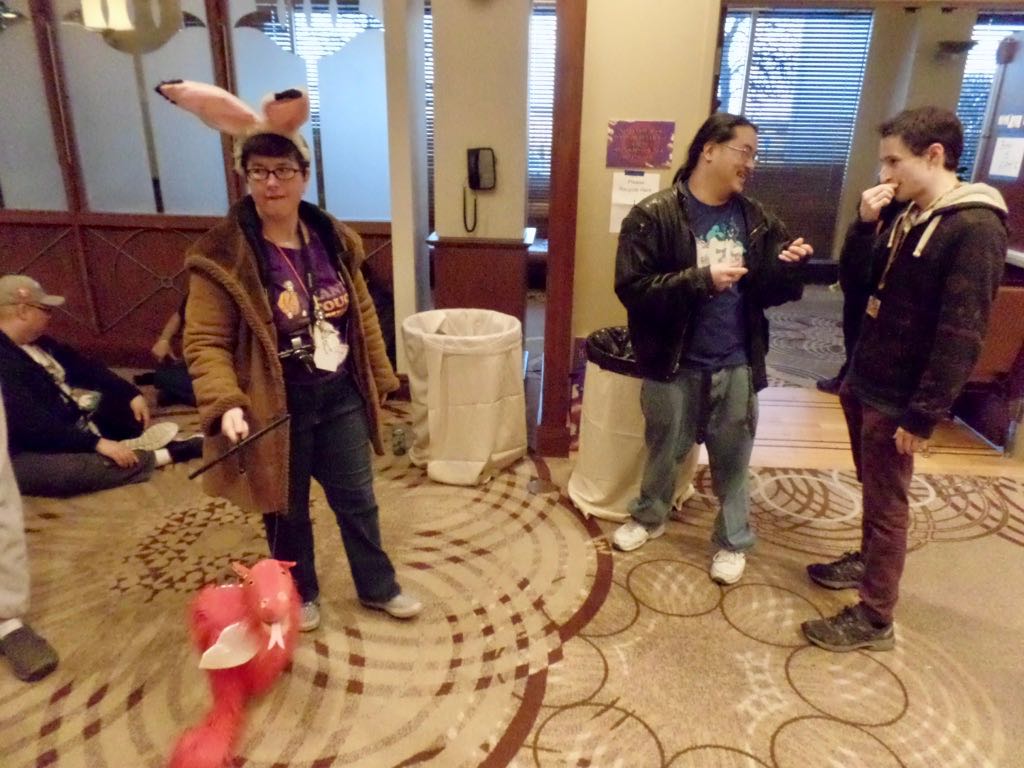 Taking Archimedes out for another bit of prowling around. 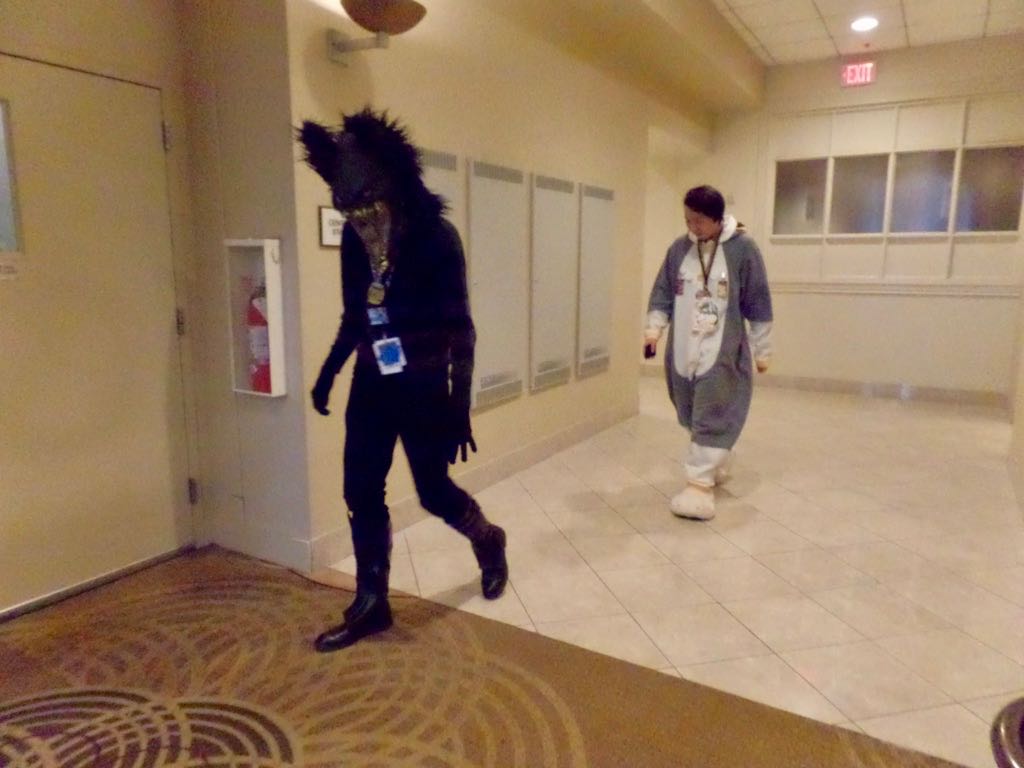 Here, my camera looks at the various lighting requirements of this frame, throws up its arms, and says, ``Yeah, good luck.'' 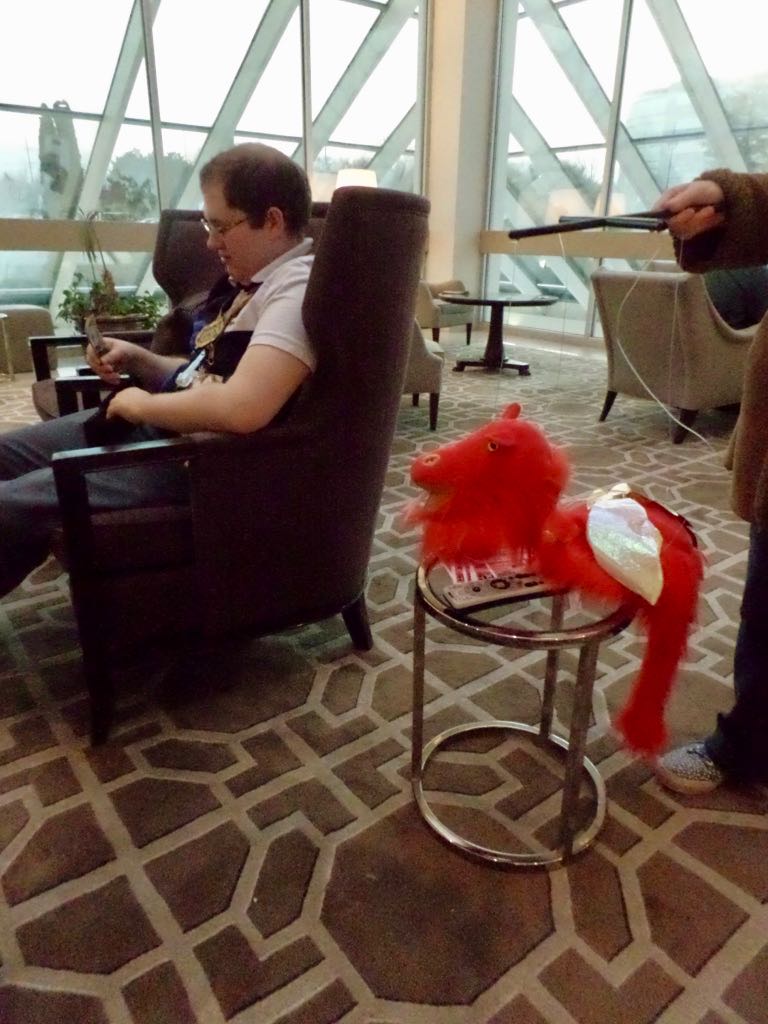 Archimedes nestling down and trying to hatch the Tivo remote. 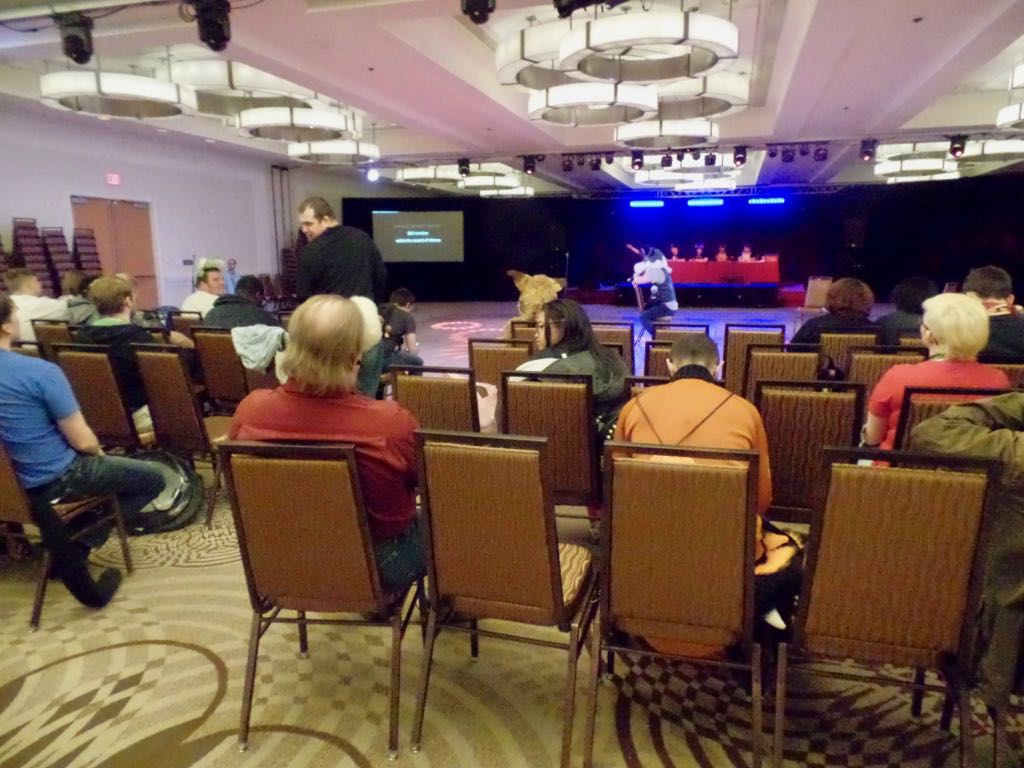 Trivia: In 1838 a 180-pound cod was caught on Georges Bank. Source: Cod: A Biography of the Fish that Changed the World, Mark Kurlansky.

PS: My 2019 Mathematics A To Z: Hamiltonian, about a way of doing mathematical physics that puts in a lot of computational and conceptual overhead! Surely that pays off?