With all the force of a great typhoon

Slowing us down getting to Cedar Point was that my car tire was flat. I went with the easy fix, going to Belle Tire and filling up again. Tuesday, my tire was flat again and that can't just be the problems I'm always having with my tires. So I made an appointment to get it patched. In taking the tire off my car I found the problem: a hardware screw plunged neatly into it. At least, that was a problem. So, Wednesday I spent an hour-plus hanging around the mall while Discount Tire repaired things. Don't know where the screw came from, but it's a nice change of pace for the tire problem to be caused by something specific, you know?

bunny_hugger was horrified to learn we'd driven to Cedar Point and back on a tire with a screw driven into it, though.

And ... well, huh. I'm pretty well caught up on things now. Let me give you a heap of Motor City Fur[ry] Con 2018 pictures while I wait to have stuff happen to talk about. 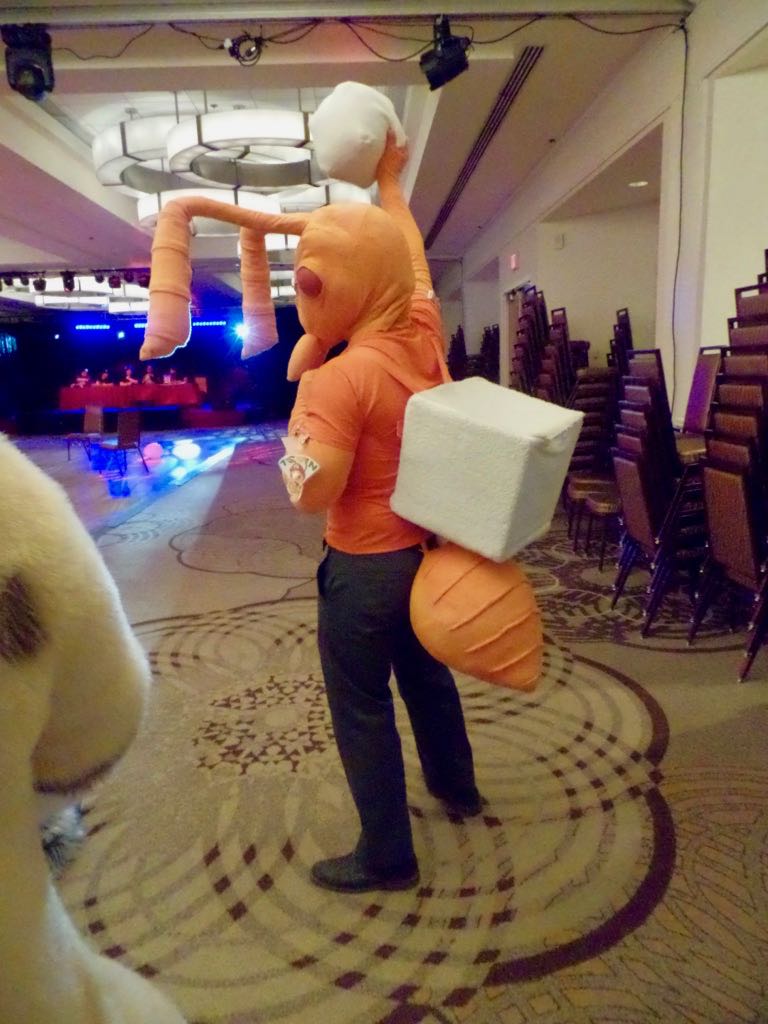 Ant getting into the musical performance by waving a sugar cube back and forth. 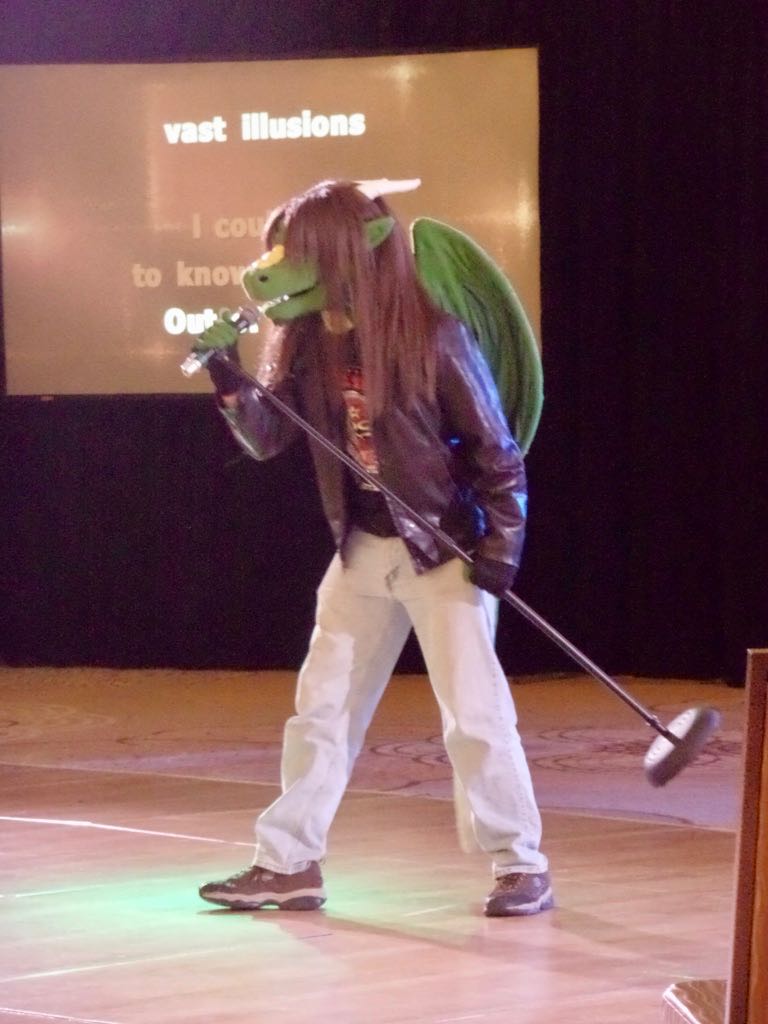 Rock Dragon --- I think that's the character's name --- getting into karaoke. He was one of the people who indeed knows how to make his voice do that thing where it reaches a pitch appropriate to the song being sung and the words corresponding to the current music. 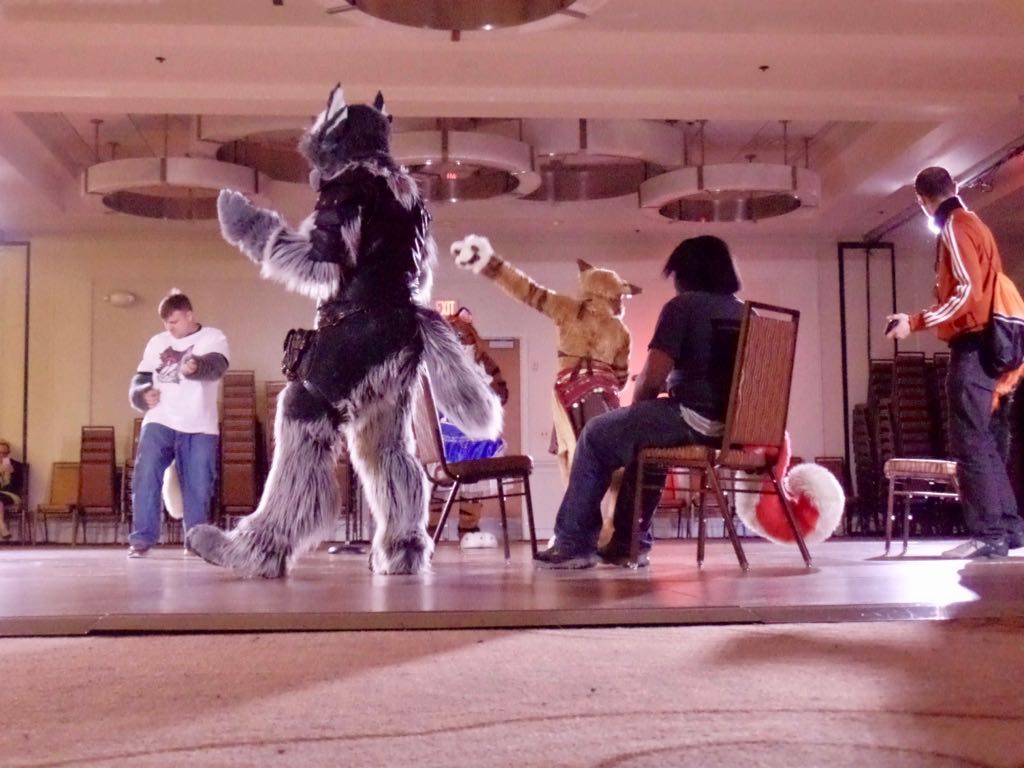 Air band playing along with the karaoke singer. They have like four rhythm air-guitars here. 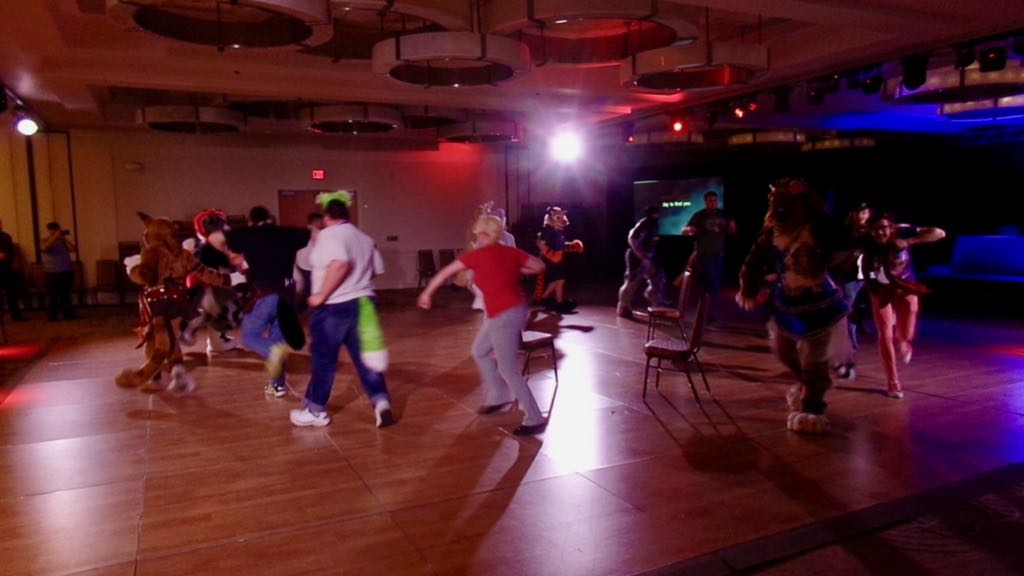 The karaoke song was that one from Mulan about making a man out of you, and so this lead to a dance circle to evoke the marching.

bunny_hugger and Archimedes joined, although he moves slow enough that he had to fall out of step. 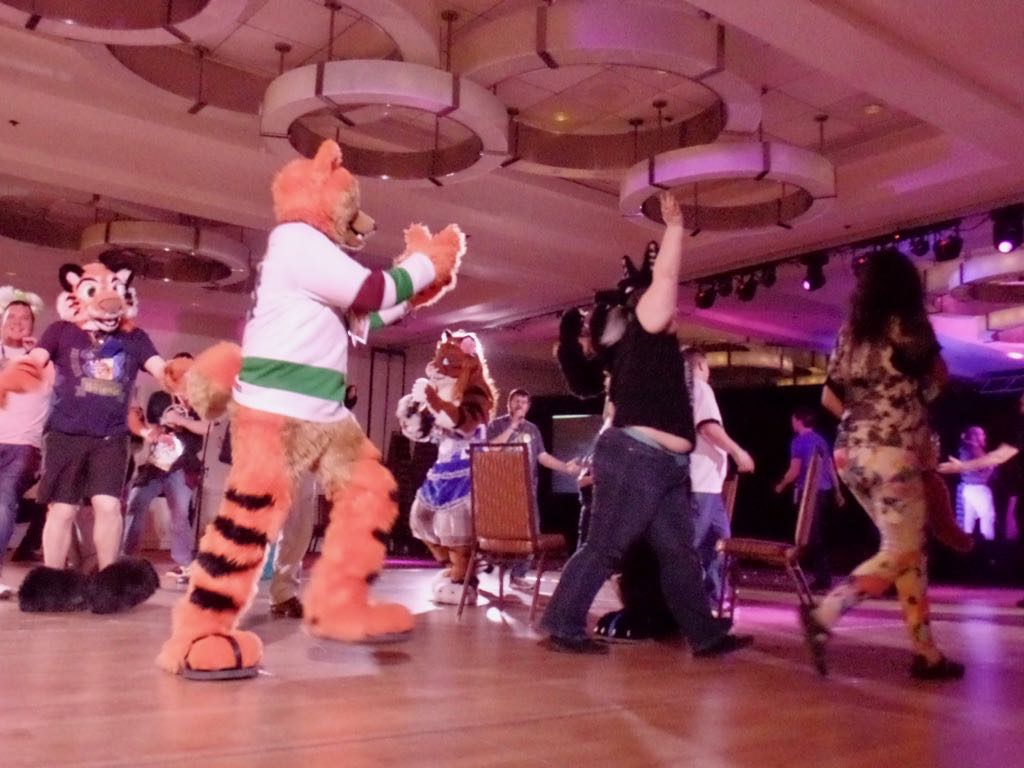 More dance circle, at a great moment for catching fursuits captured in a halo of back lighting. 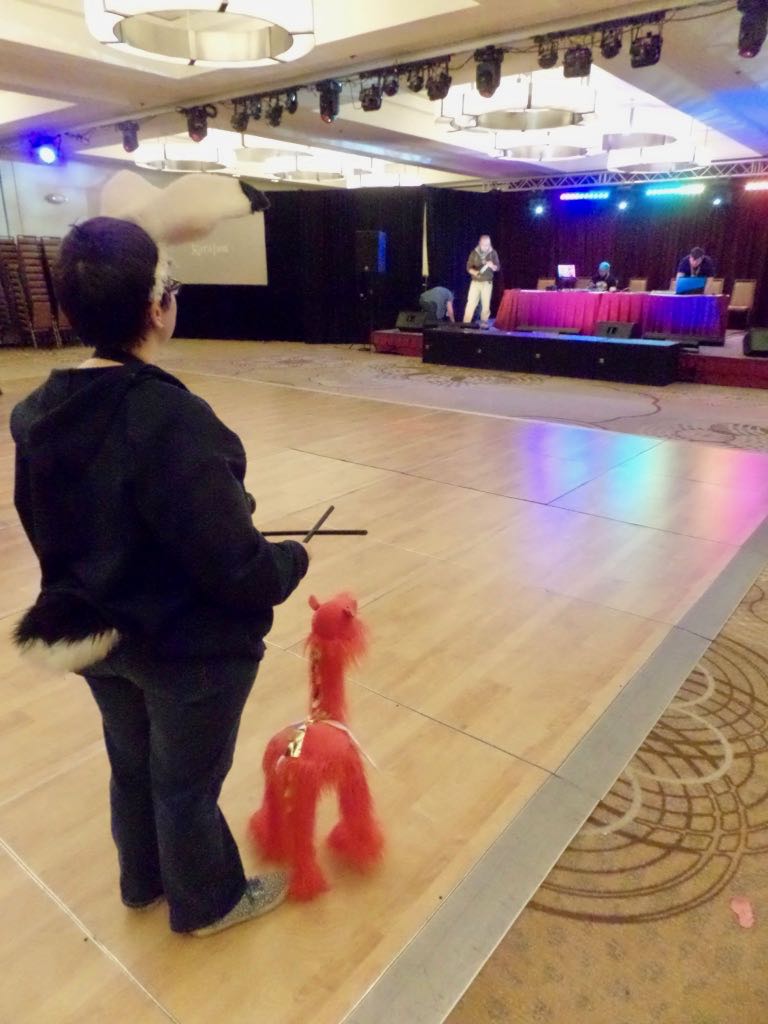 bunny_hugger and Archimedes holding out against the people insisting that karaoke's done for the night. 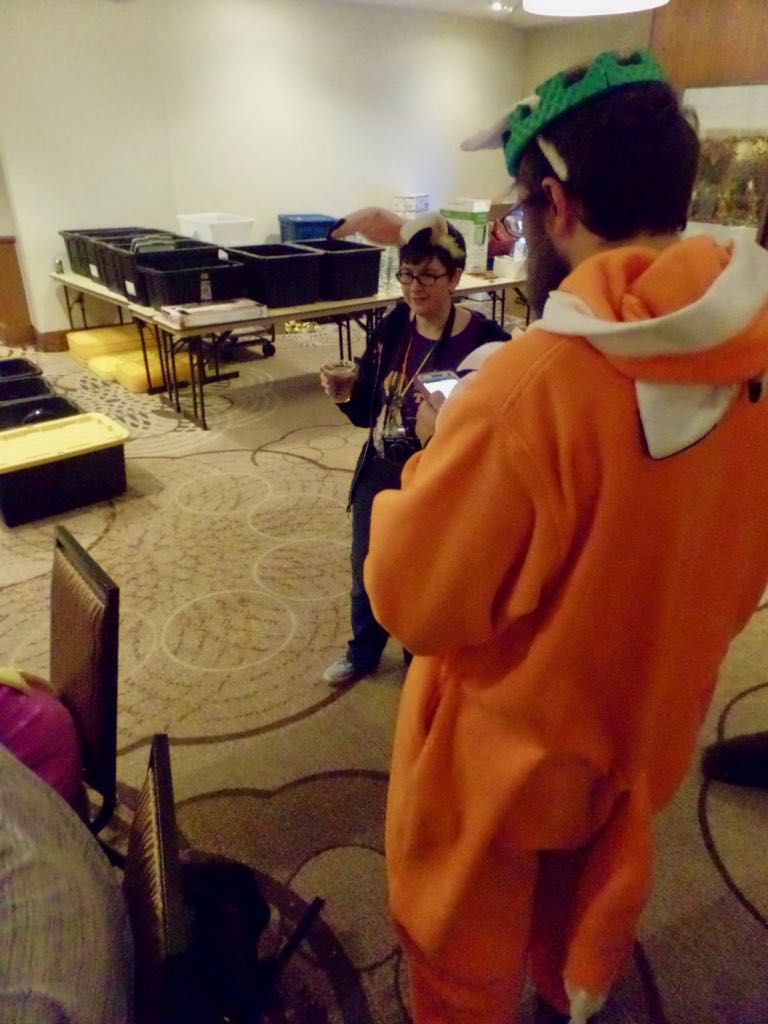 Hanging out in Hospitality with King Shouda. 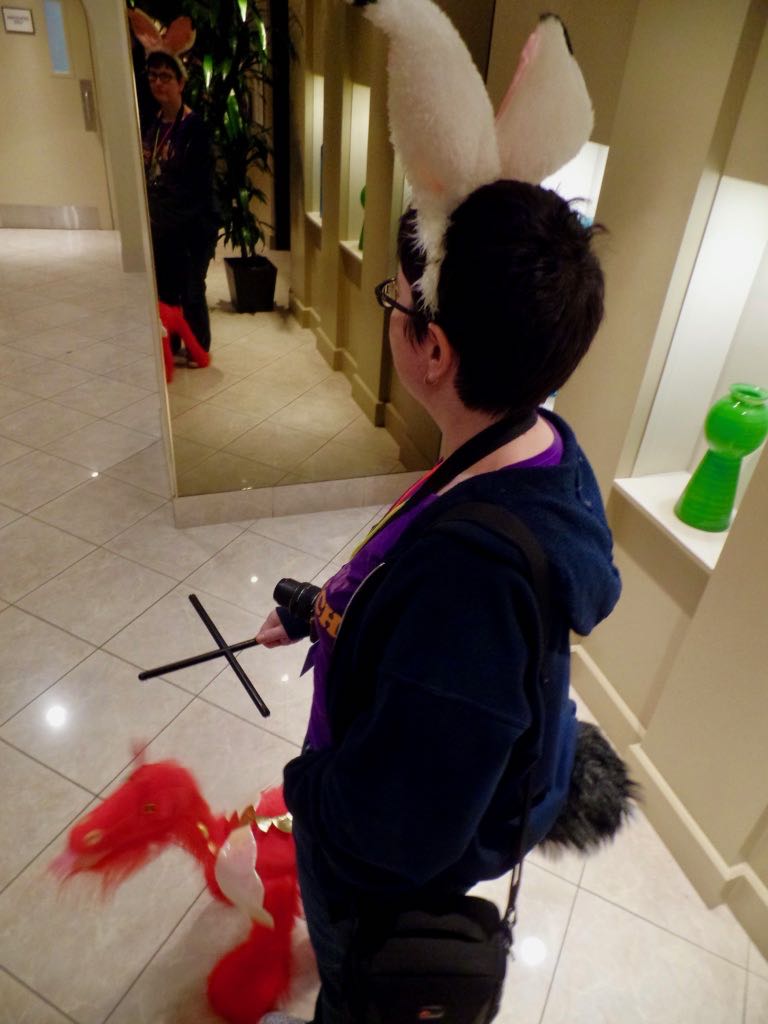 A moment of quiet reflection with Archimedes. 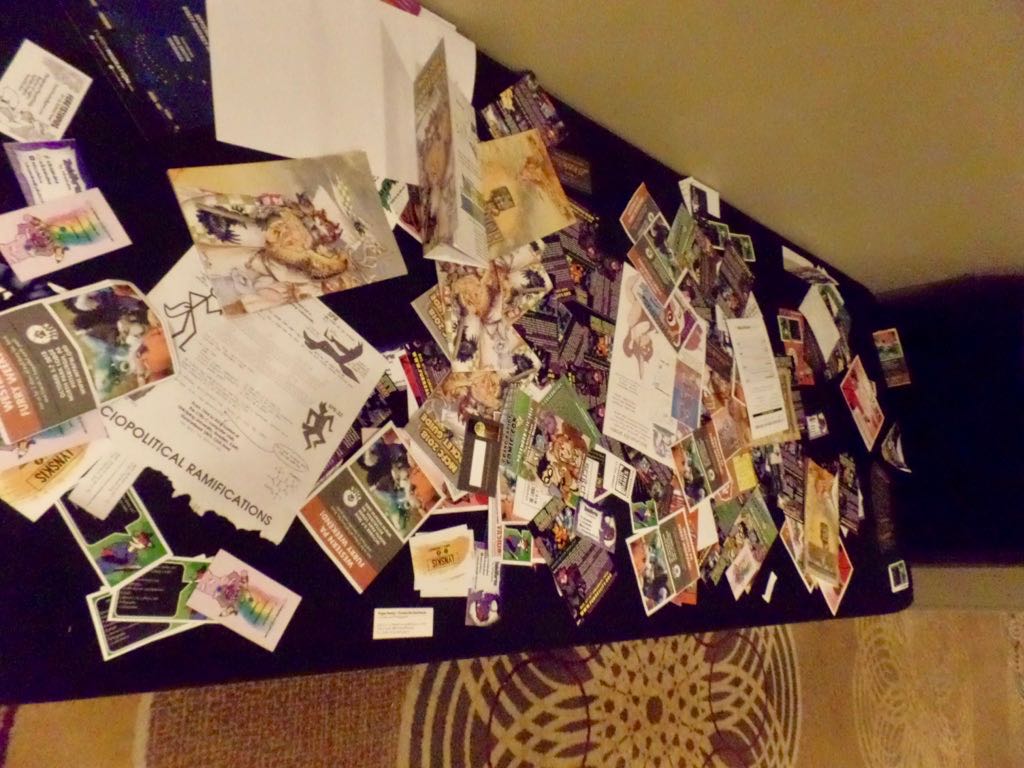 One of the flyer tables, including a sheet for Sociopolitical Ramifications Muck with like ten more strips torn off the end than I would have expected. 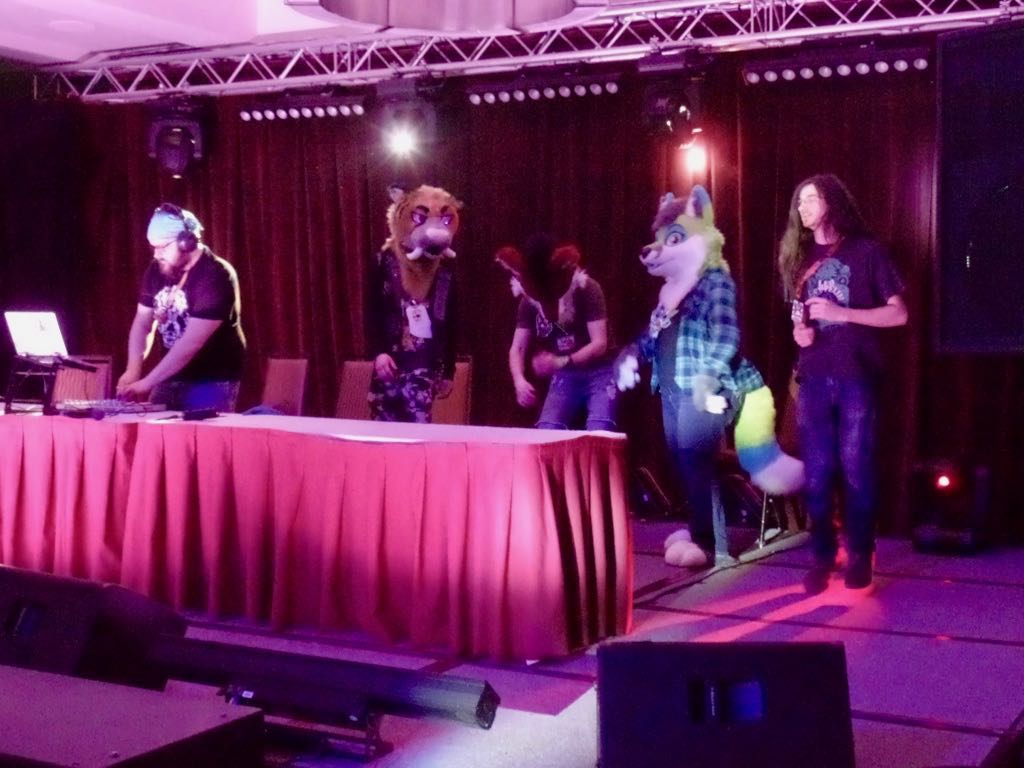 DJ and people who just hang out on stage for the Dead Dog Dance. 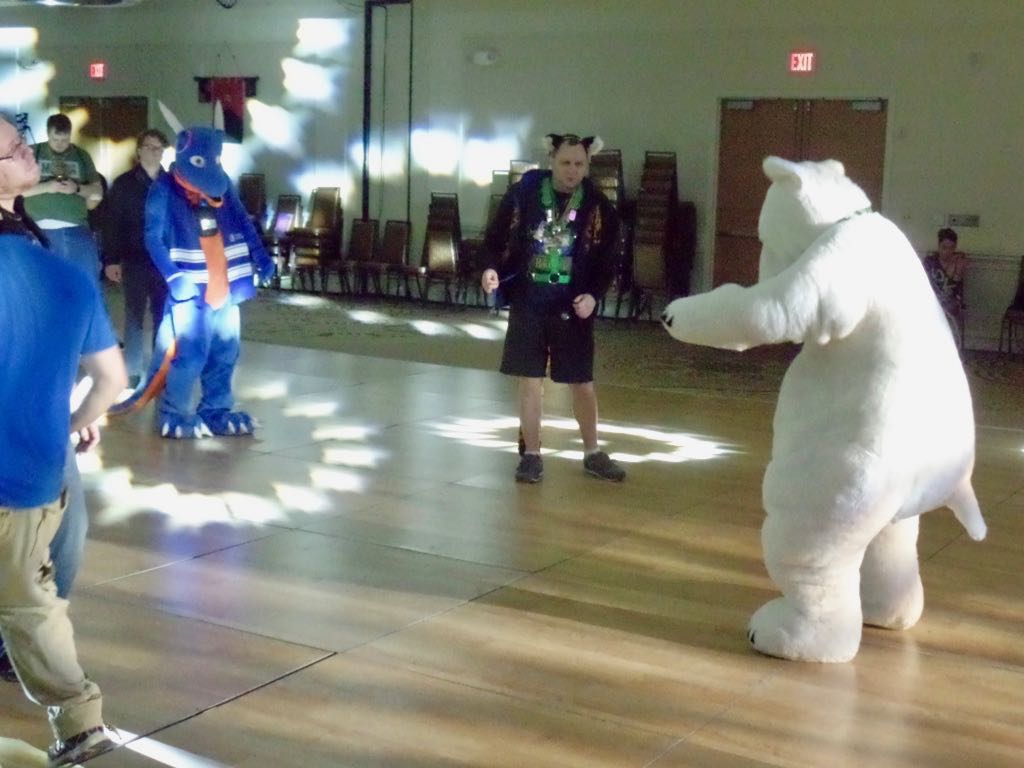 Some of the dance floor, including a polar bear I don't remember noticing earlier at the convention. 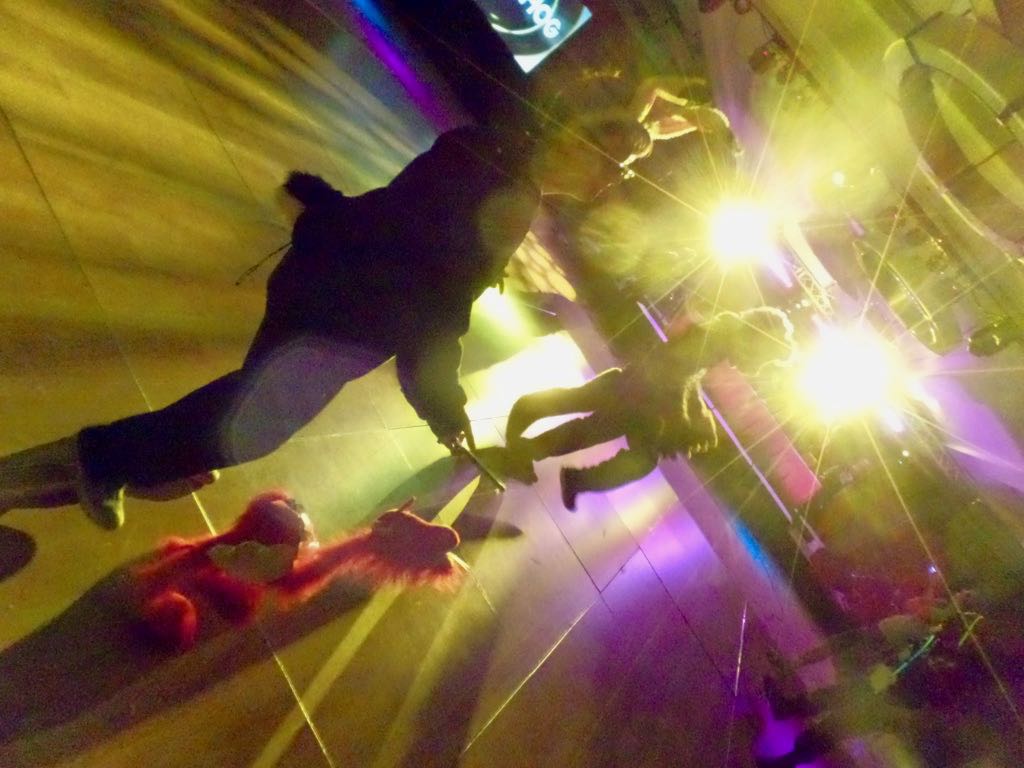 bunny_hugger and Archimedes dancing in the cover for their album. 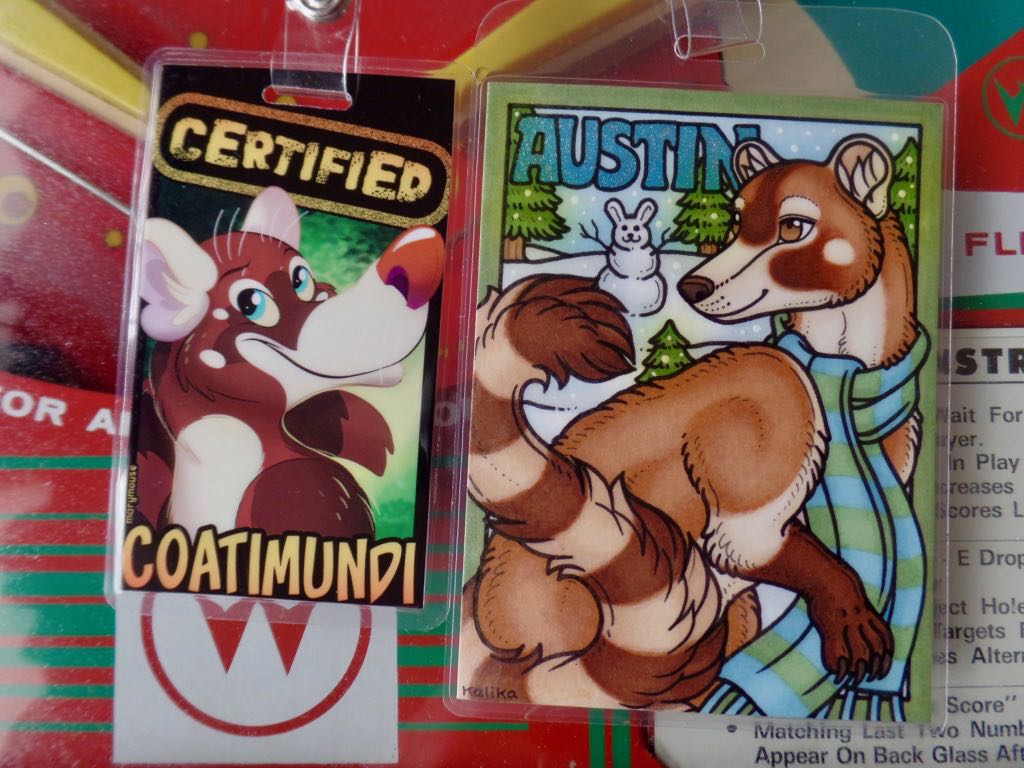 Oh, and one extra little thing: the Certified Coatimundi badge that I got at the convention, alongside the coati-in-winter badge that I always wear at MCFC because somehow no matter how late in spring it is, it's always in winter.

Trivia: By 1838 Bengal and Malawa were exporting 4 3/4 million pounds of opium, mostly to China; about £4 million of Chinese silver was sent then from India to Britain. Source: Tea: Addiction, Exploitation, and Empire, Roy Maxham.

PS: Exploiting My A-to-Z Archives: Graph, bringing back my introduction of a topic that just might turn out to be useful in an A-to-Z essay later this year.