Pinburgh's tournament results finally posted! The tournament was the first weekend in August and ordinarily, the International Flipper Pinball Association expects tournaments to submit their results within one month or else they don't count. With a thousand players converging from the whole world they ... uh ... get exceptions. Also they have a very complicated database situation since apparently pinball people are lousy at ``give us your name and your IFPA player number''. Anyway, my finish, 672nd (of 998), was good for 4.63 IFPA rating points and between that and my Intergalactic finish, 506th (of 560), my world ranking dropped from 888th (you see why I remember that) to 900th. Also I'm the 907th-highest-rated player in the state of Pennsylvania. Tough state.

bunny_hugger's finish of 335th in Pinburgh and 359th in the Intergalactic were good for 9.40 and 2.96 points respectively. This jumped her from around 1250th in the world to 1152nd. She's 424th-ranked in Pennsylvania, too. She's risen to being the 44th-highest-ranked female player in open tournaments, too. (She's only 211th in women's-only tournaments, although the Women's International Pinball Tournament from ReplayFX weekend hasn't posted as of the moment when I write this.)

The results posting, even late, affects the value brought to all the tournaments played in August and September. This, particularly, made every tournament that AJR played in far more valuable: his third-place finish earned him over a hundred IFPA points. Luckily for us, the higher value of all his tournaments, and thus greater ranking earned by everyone who played in tournaments with him didn't upset our state positions. I'm not sure if it did make any changes. It didn't help AJR in Michigan, as only events played in Michigan directly affect Michigan's ranking. But he is now the 21st-ranked player in Pennsylvania, with his exactly one tournament played there. Keith Elwin, who also has only one Pennsylvania tournament, but it was winning Pinburgh, is now ranked 14th in that state.

And hey, here's a good chance to share this picture. 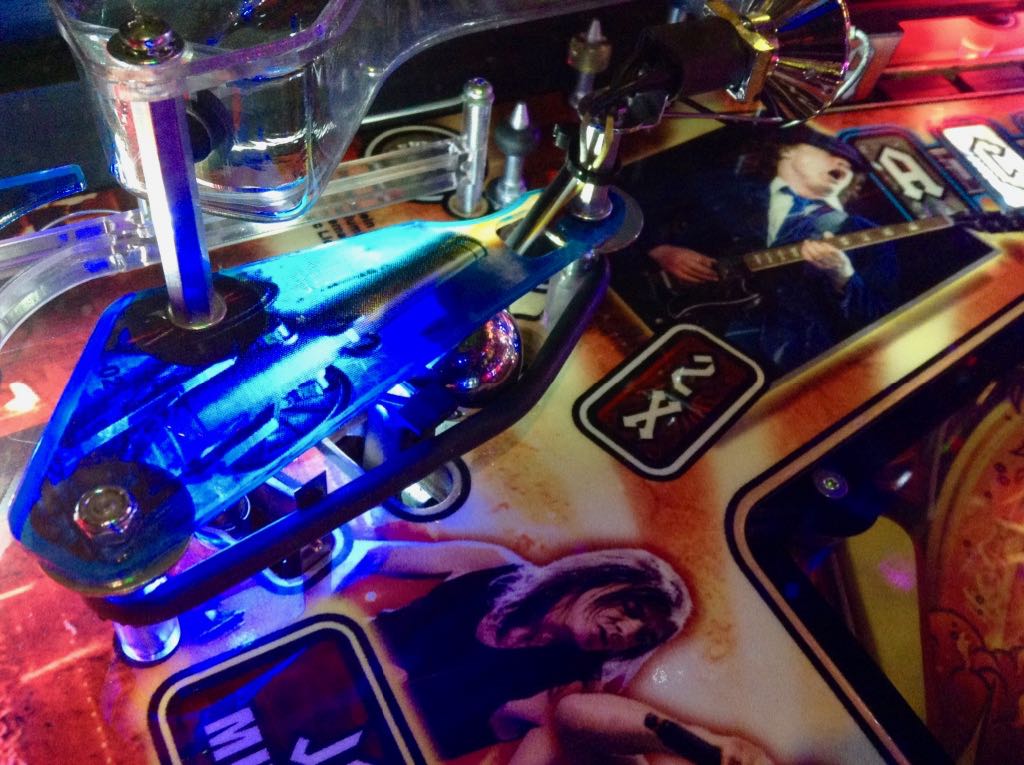 Possibly the most screwed-up place I've ever seen a pinball get caught. During a particularly frantic multiball this pinball got trapped inside the kicker. Getting the ball trapped here has to have been just the wildest stroke of timing luck.

PS: Exploiting My A-to-Z Archives: Hat, a terminology post. I love these.

PS: So hey, how about pictures from the day we brought Sunshine home and into our lives? 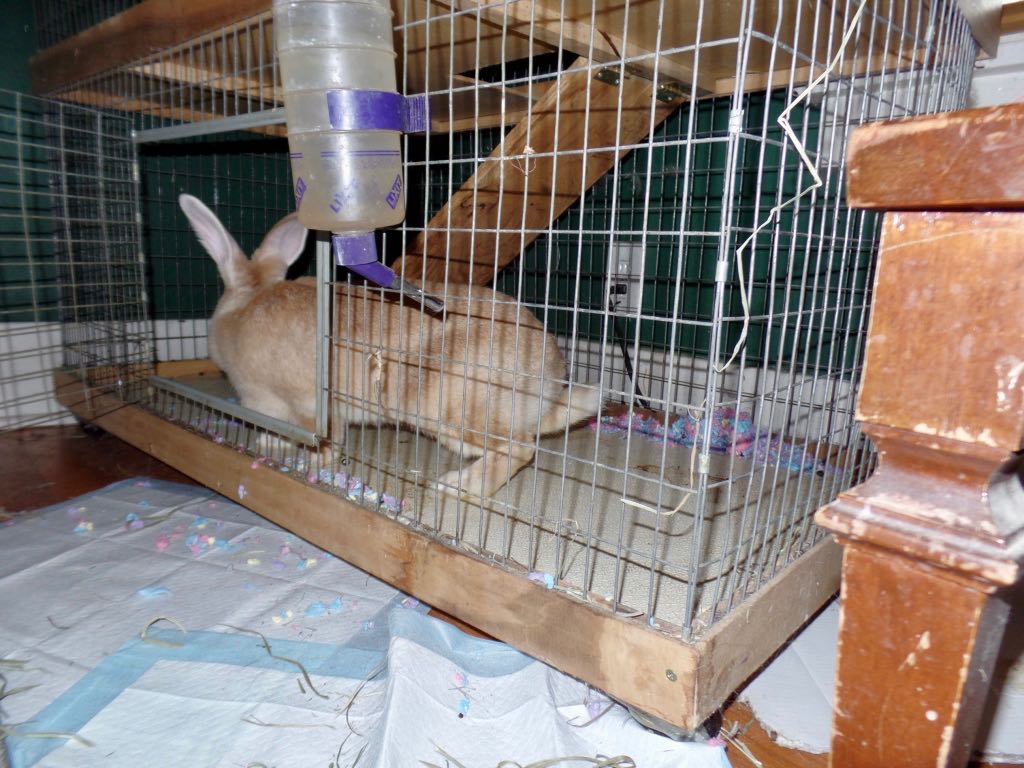 Sunshine hopping into the hutch, looking around to see if there's any good stuff here. The messy papers out front of the hutch are puppy pads, which we were using in case her litter habits weren't ready. Her litter habits turn out to be quite good, but we do have these pads underneath the throw rug just in case. 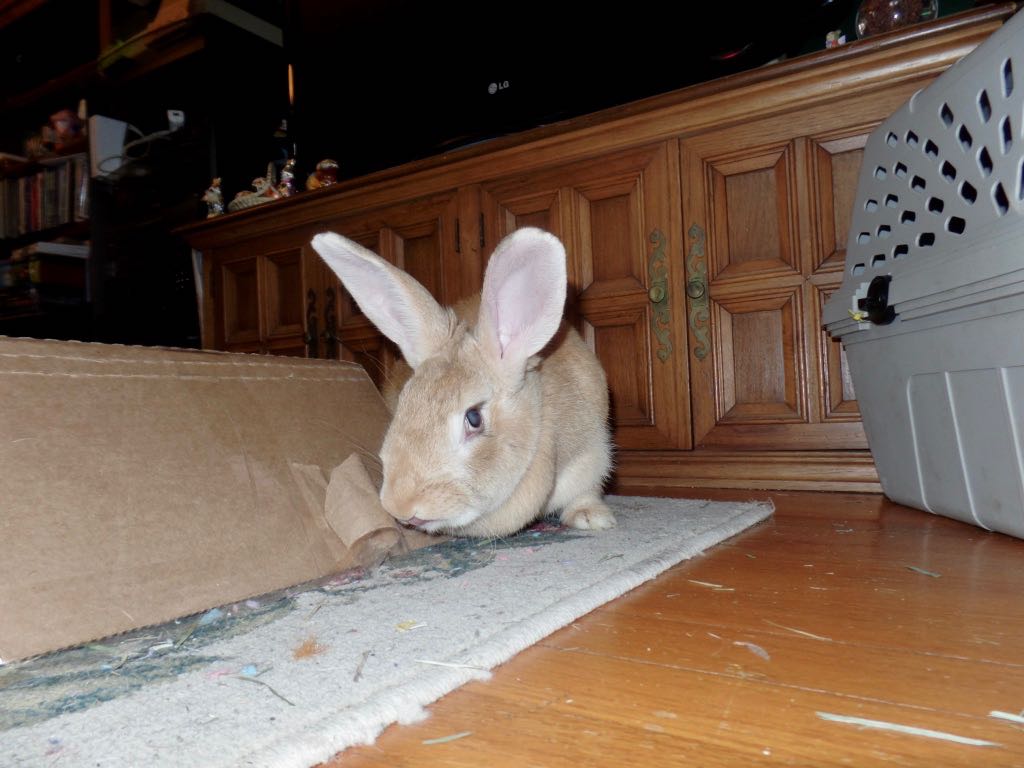 Sunshine came quick to the job of sniffing and chinning stuff, ways that rabbits use to declare they own stuff. And why was she so eager to demonstrate her claim? 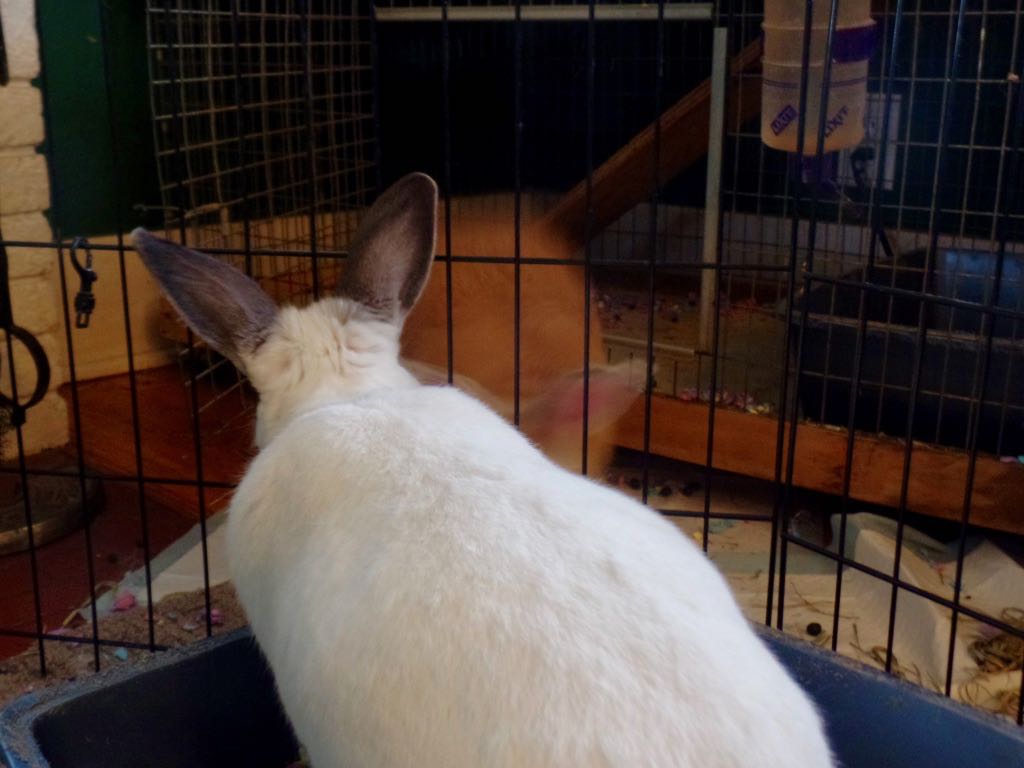 Here's why. We still had Penelope, and we were still telling ourselves we were merely fostering her then.