Two brown eyes looking up at me, helpless as a kitten up a tree

With the assist of the A-to-Z I had another week stuffed full of content on my mathematics blog. If you've skipped it you've missed such fine essays as:

And from the world of the story comics. What's Going On In Mary Worth? Is Hugo Lambert faking being French? July - September 2019 plot recap. It's all the fun of a good summer romance.

Now back to pictures of that too-brief time when we had two rabbits, and thought we could keep two rabbits in the living room. I apologize that many of the photos are blurry. Our living room is about three stops darker than a black hole and rabbits all excited by the presence of stranger rabbits will move very fast. No, faster than that. 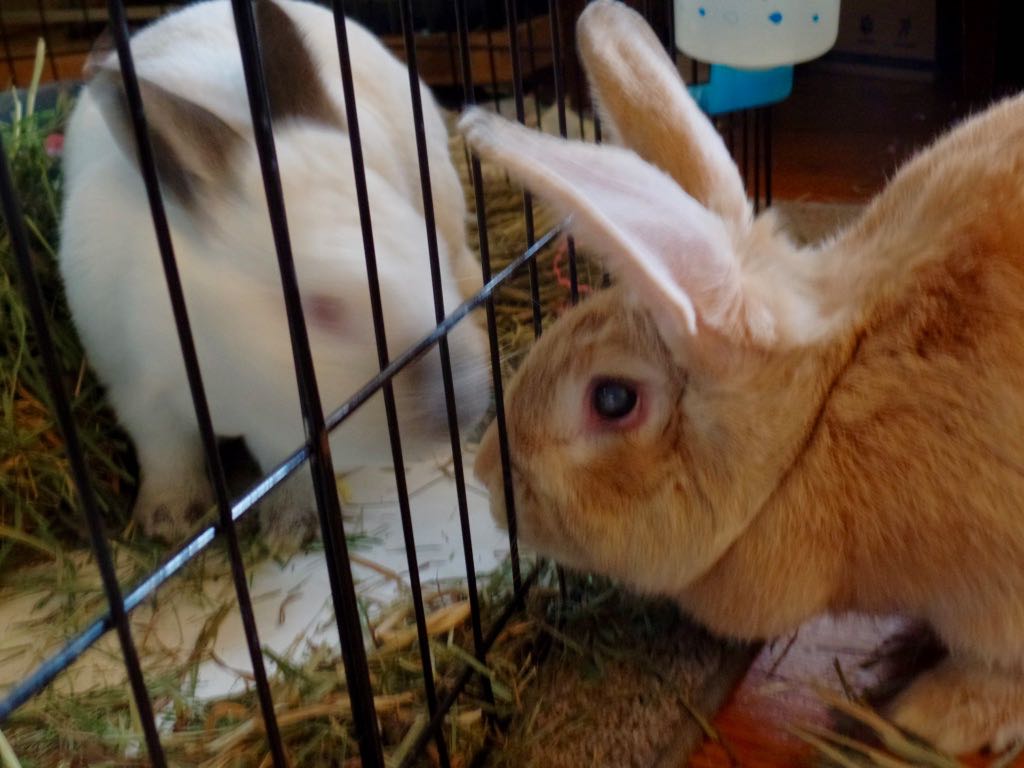 So, generally, two female rabbits are not going to get along. It's possible for them to, but mostly, they each want their space. If there were any chance for Penelope and Sunshine to get along we blew it badly, since we cut Penelope off from the hutch she'd been using to give Sunshine space, and thus, we guaranteed that they could not have anything to do with each other. 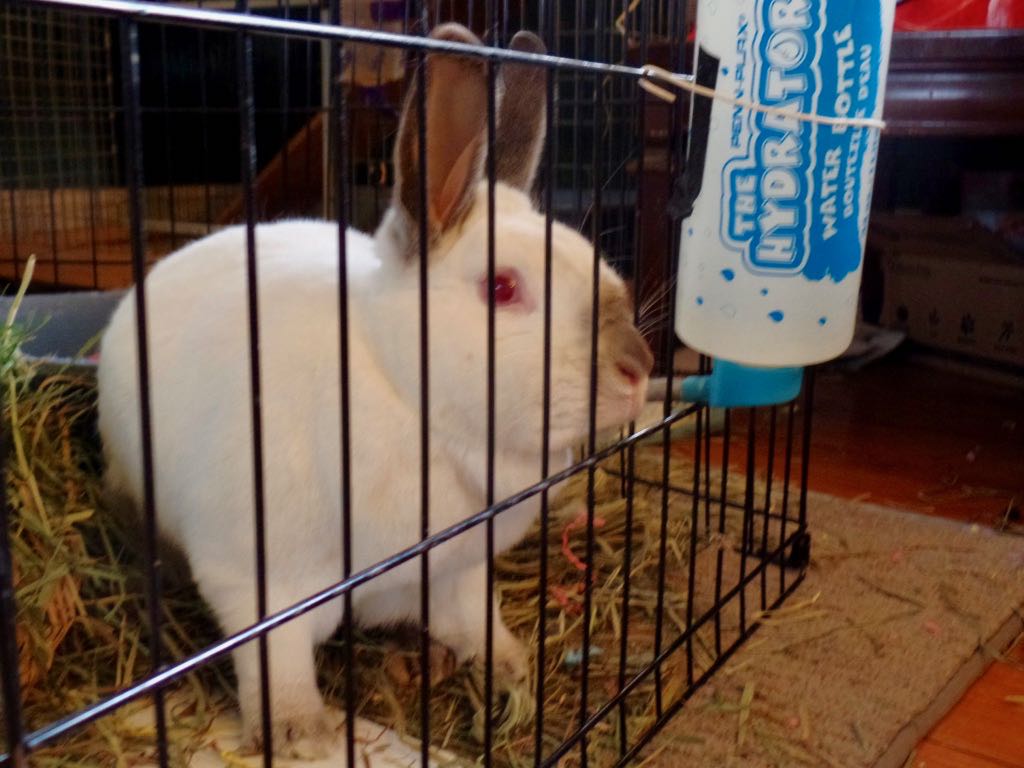 Penelope demands to speak with my manager about this. 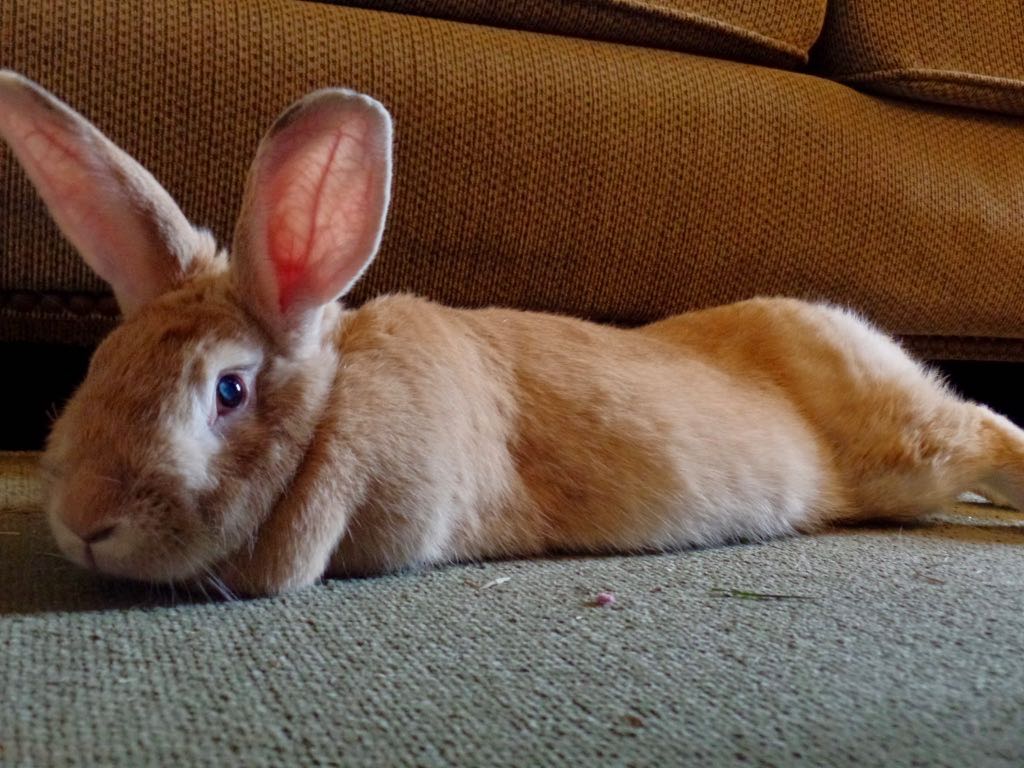 Sunshine took naturally to sprawling out under the coffee table, though. 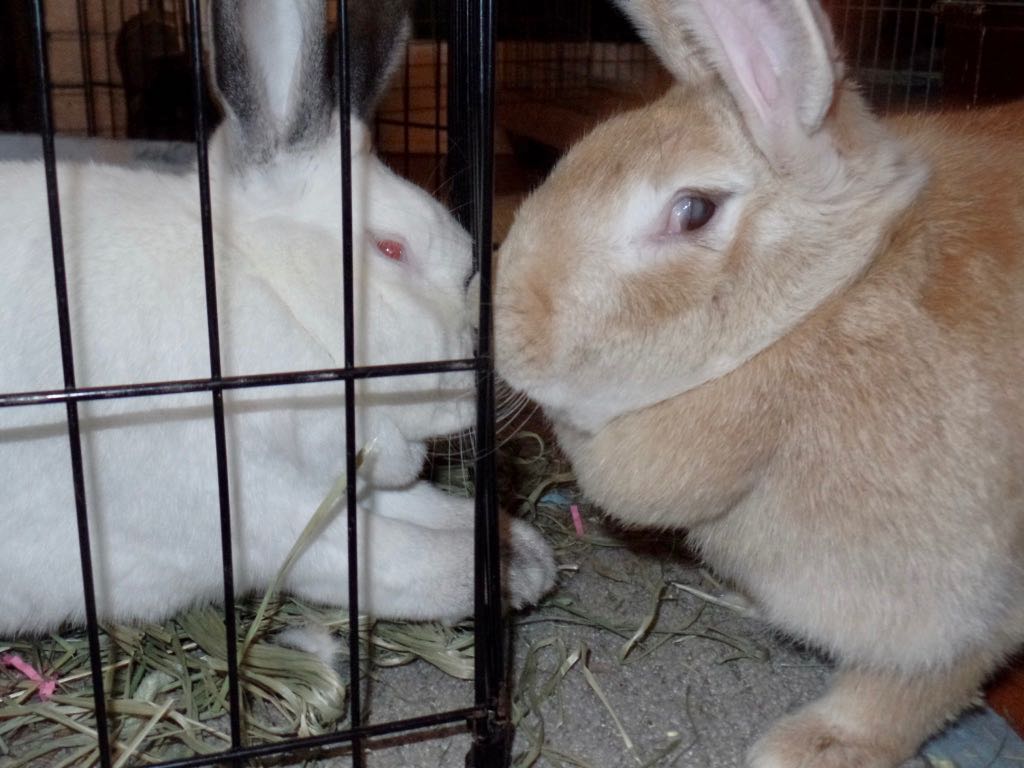 For a few moments we had thoughts that maybe they would get along after all. Look, neither of them even has their ears folded back warning they're about to slug the other! This would not last. 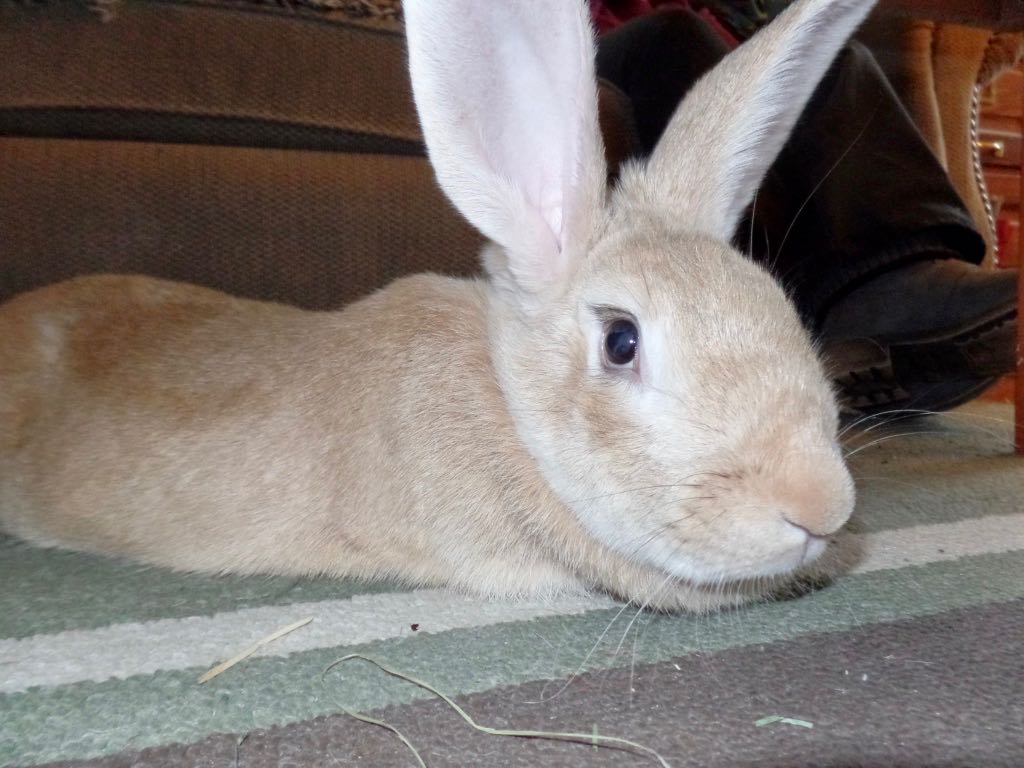 Sunshine rests at the feet of 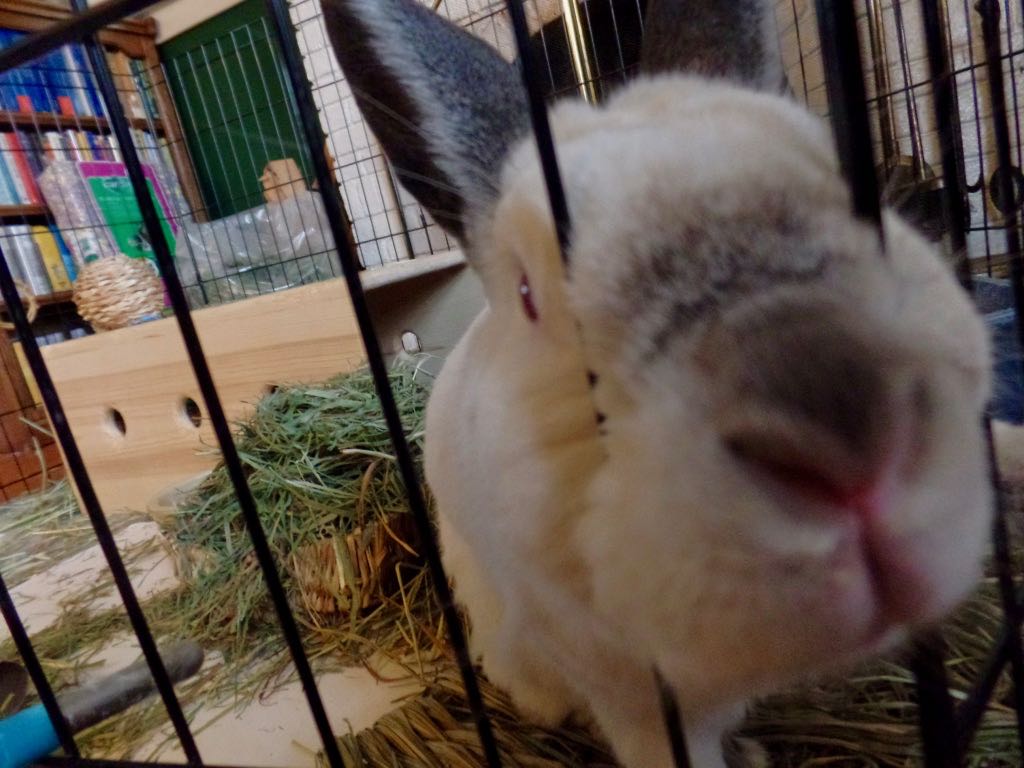 Penelope reiterates that she would like to speak with both my manager and my manager's manager, thank you. 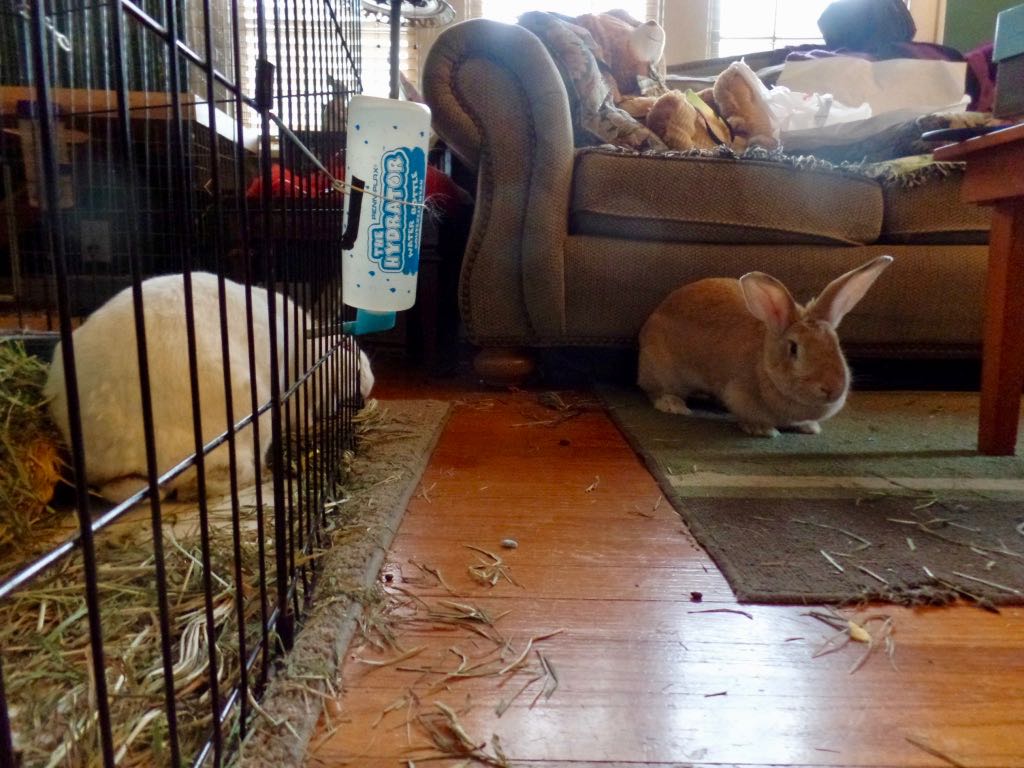 Our thinking was that we would give each rabbit time to roam uncaged separately from the other, at least for the few weeks until we told ourselves we'd be giving Penelope back. 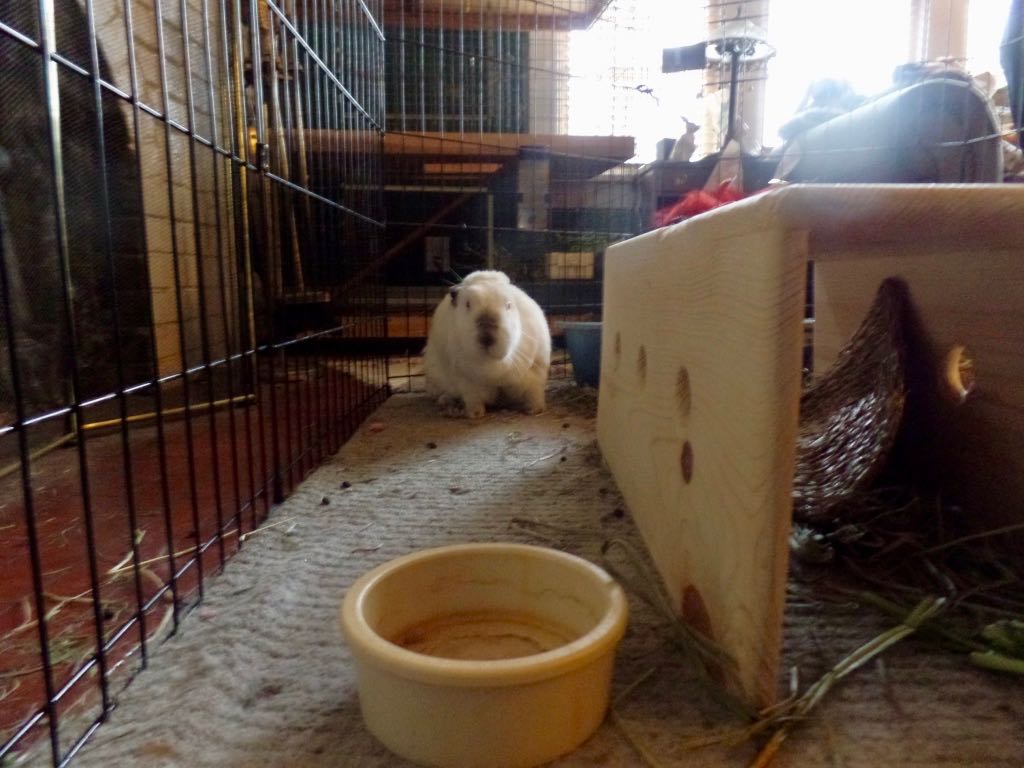 I realize this looks like Penelope was about to charge the camera and slug me, but ... yeah, that's close to what happened. 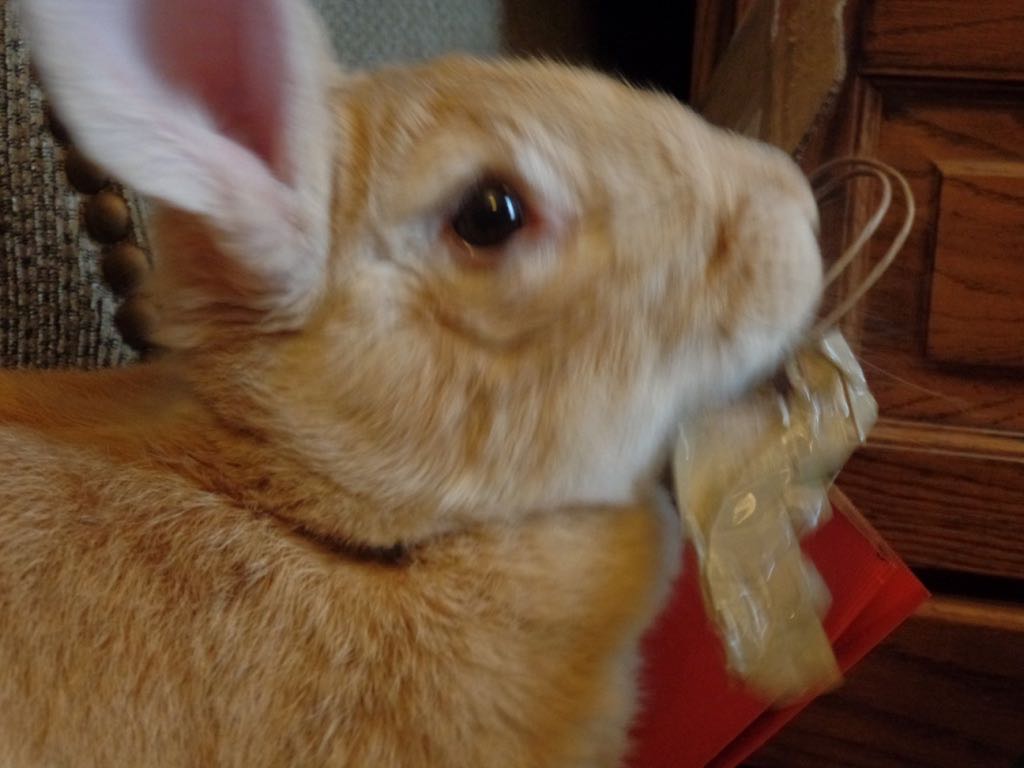 Sunshine discovers an old gift bag with some packing tape that she could chin and chew. 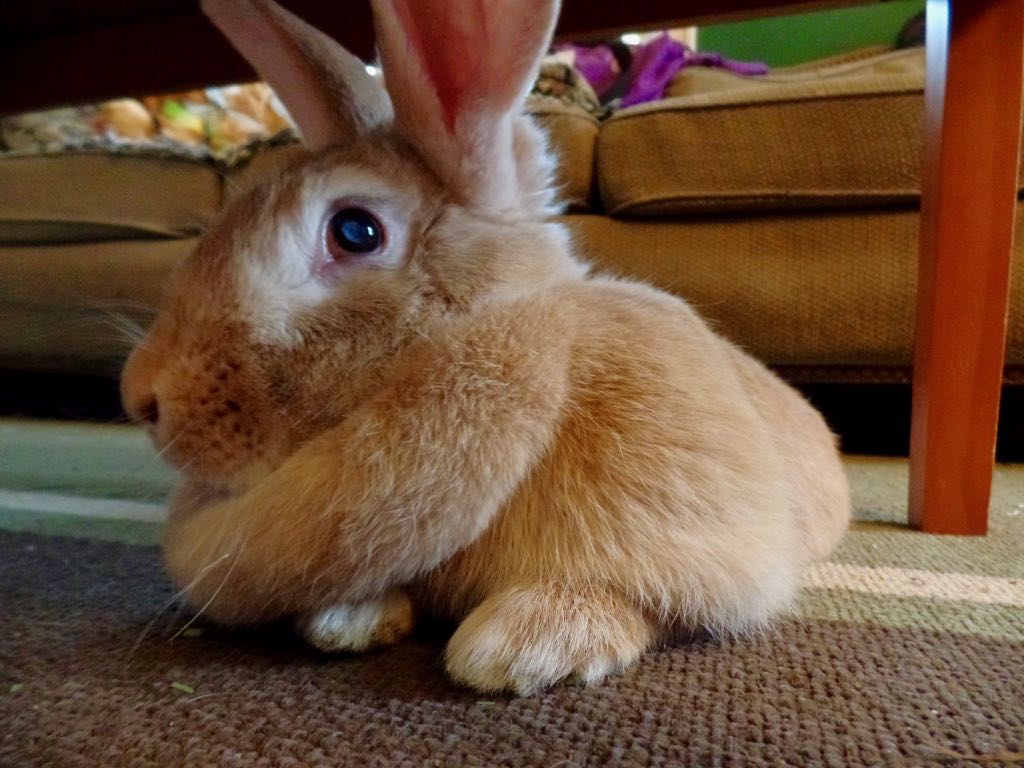 So here's Sunshine sprawled out, the light catching her eye in the right way to make her cataract look beautiful.

Trivia: Market researchers probing for the ``immediate associations'' people had with the name Edsel, before the car line was launched, reported that two-fifth of the responses were ``What?'' Other responses were ``Schmedsel'', ``Pretzel'', and ``Weasel''. Source: Ford: The Men and the Machine, Robert Lacey.