You and I roasting blue pork

My mathematics blog had another full week of posting. What all was there? This stuff.

And the story strips. It was a nice easy story strip this time. What's Going On In The Phantom (Sundays)? How did The Phantom not die from getting stabbed in the heart? July - October 2019 plot recap.

And here's a nice big pile of Pinball At The Zoo 2018 pictures. 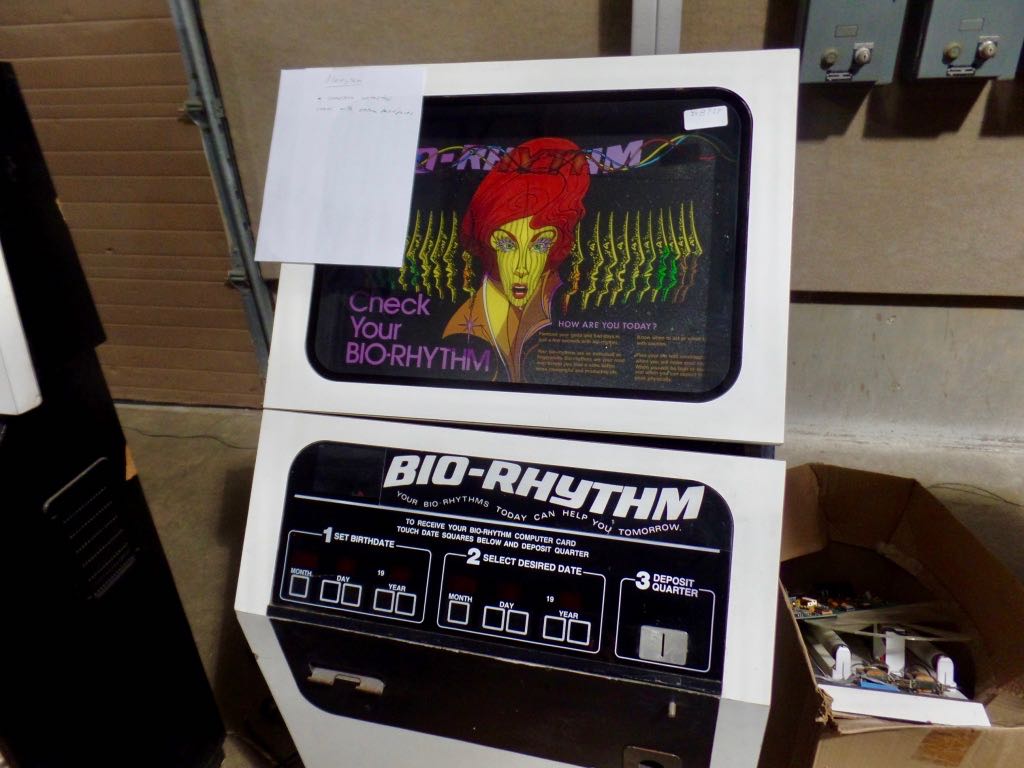 More stuff brought to Pinball At The Zoo for auction: a bio-rhythm calculator come to us straight from 1975! 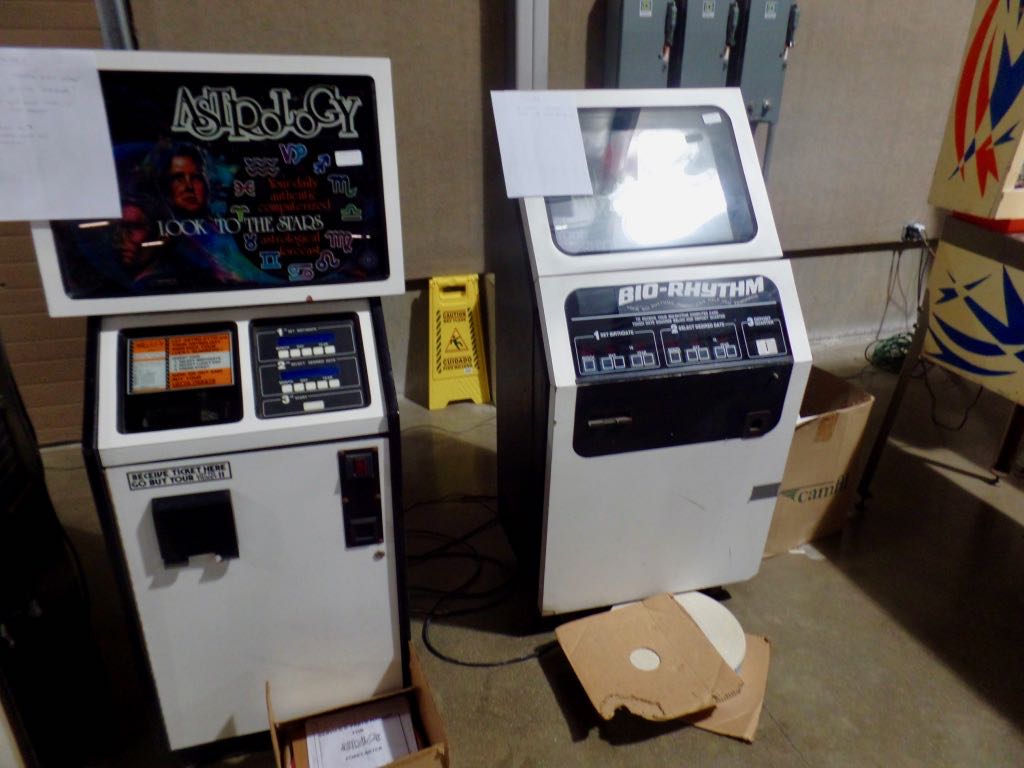 Bio-rhythm calculator has a good companion, the Astrology machine! 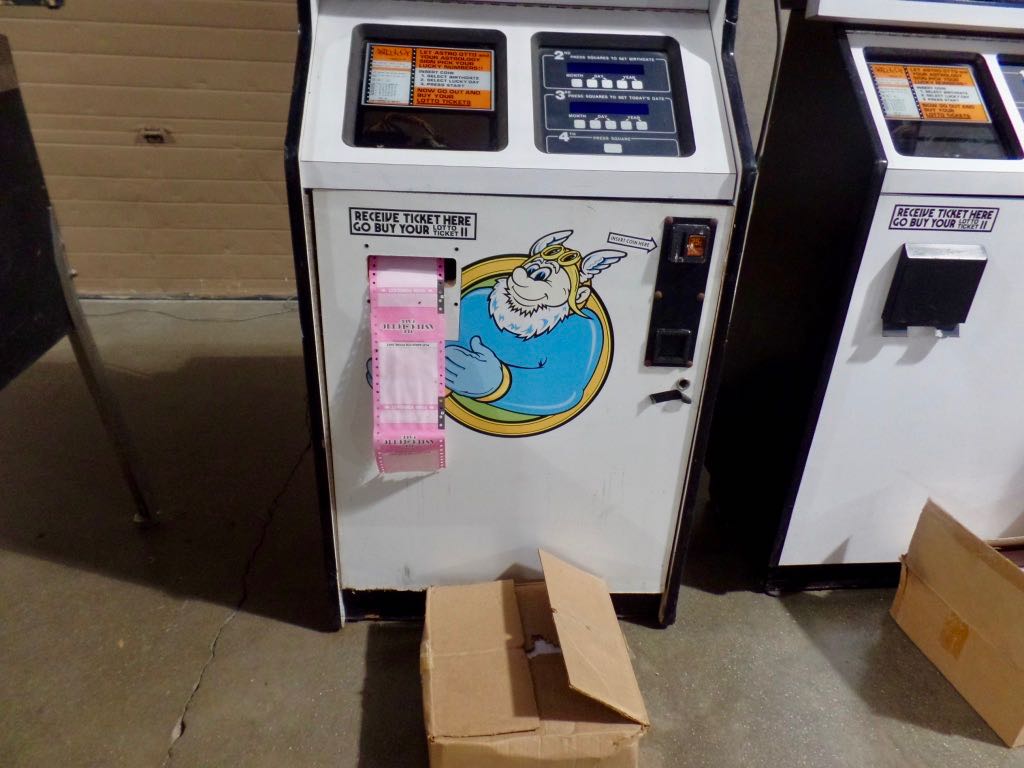 And here's the papers on which your official com-pu-ter generated astrology forecast would be printed. I have no idea if this is new old stock or whether some printing company's been hired to make replicas of the original. 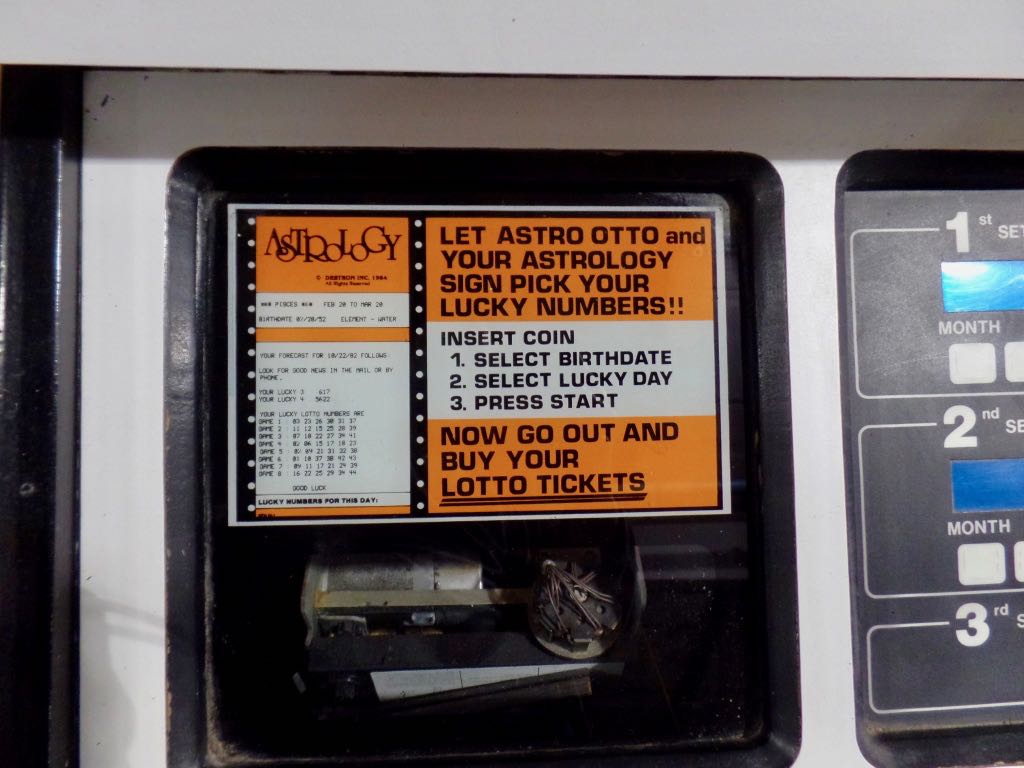 Here's the instructions for the Astrology machine and a sample printout, showing pick-3, pick-4 and pick-6 lottery numbers to try out. 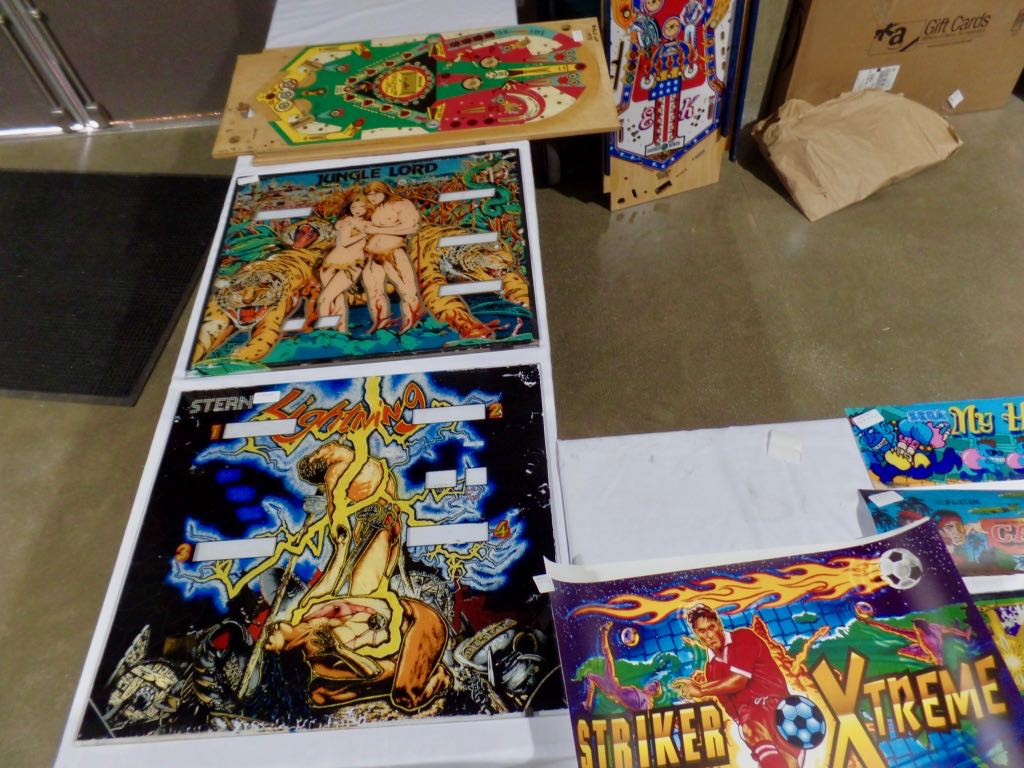 Backglasses and translights for pinball games offered for sale. Striker Xtreme was the first game that the modern Stern company ever produced, in 2000. It would go into a second production run as NFL. 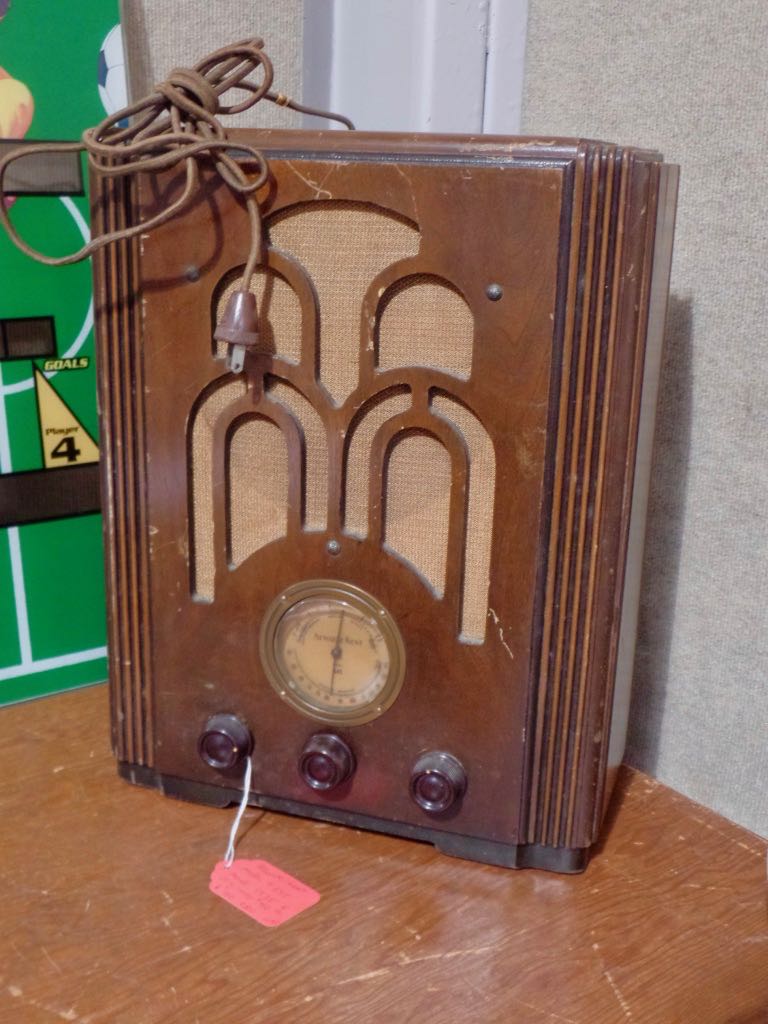 You know if you buy this radio and plug it in you'll actually get to hear Fred Allen on The Linit Bath Club Revue. 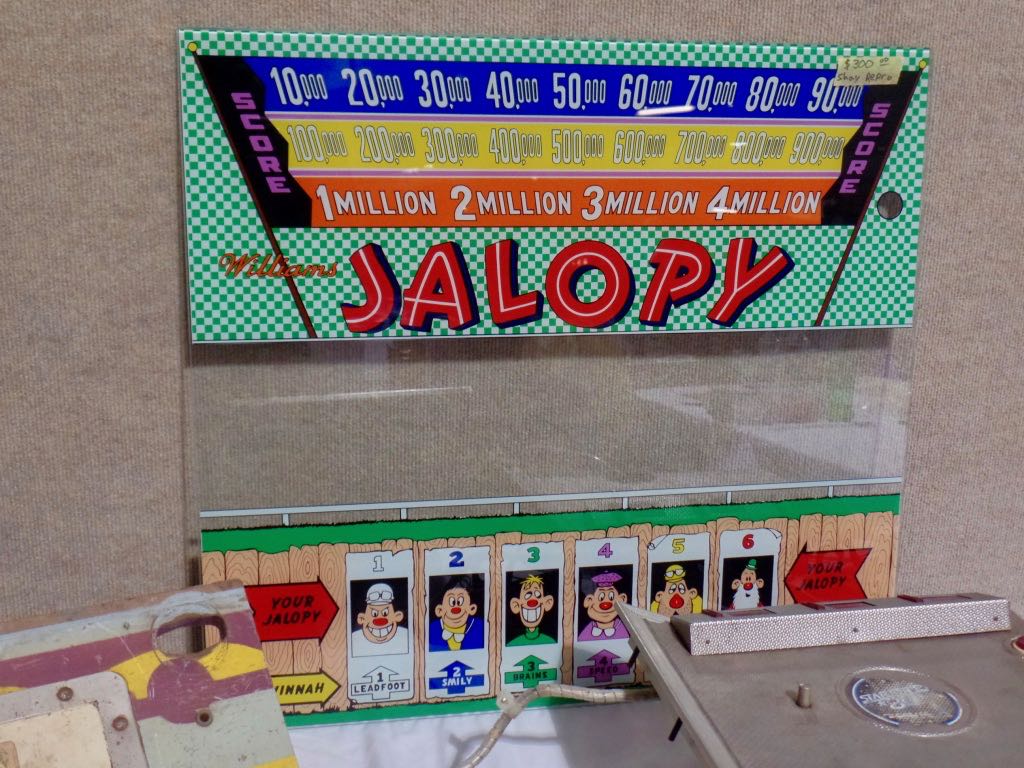 Backglass to Williams's 1951 Jalopy, one of those games where hitting targets also advances corresponding horses to move across the backdrop. Another version of this game was called Hayburners, with horses racing, and I believe I've played that one at the Silverball Museum in Asbury Park. 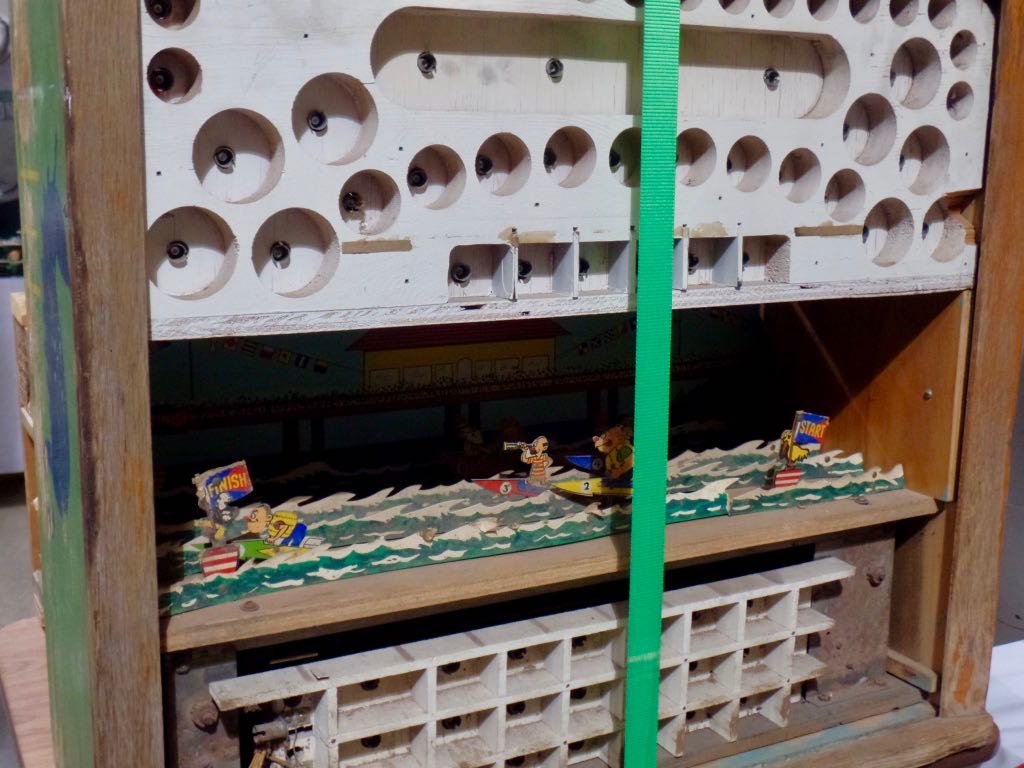 Inside the mechanism for ... actually, this one isn't Jalopy. But it's a simliar game with a boat-racing theme instead of horses or cars (as in Jalopy). 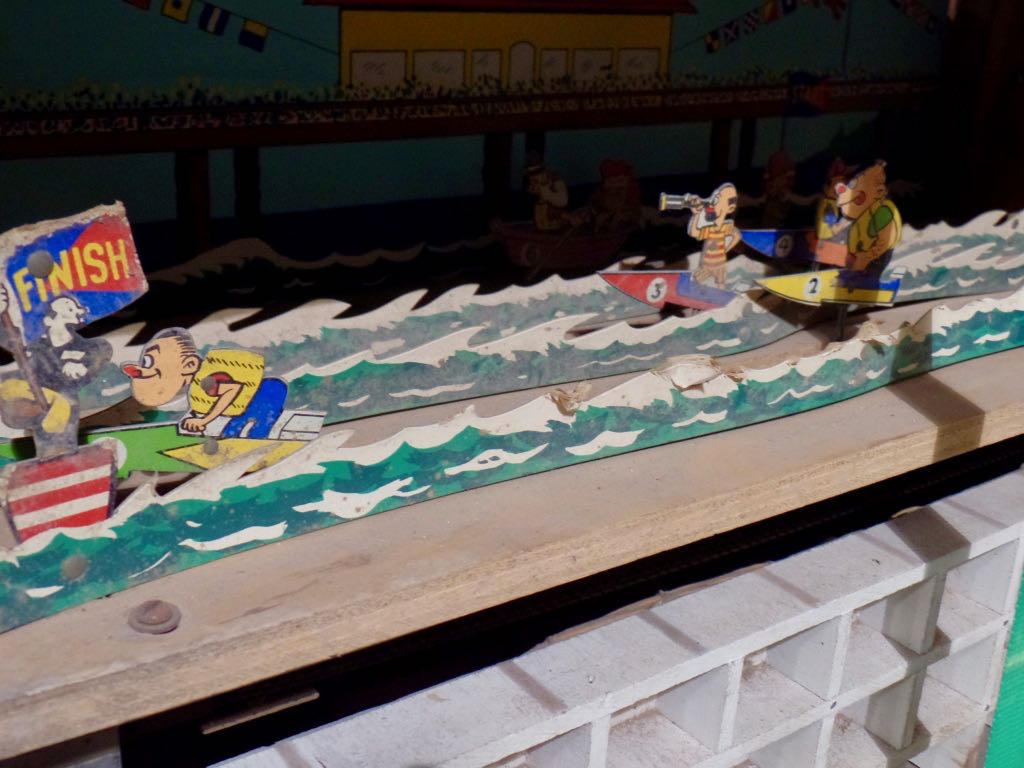 Close up of the boat-racing game, letting you see how the boats and the finish line and even a bit of the background look. 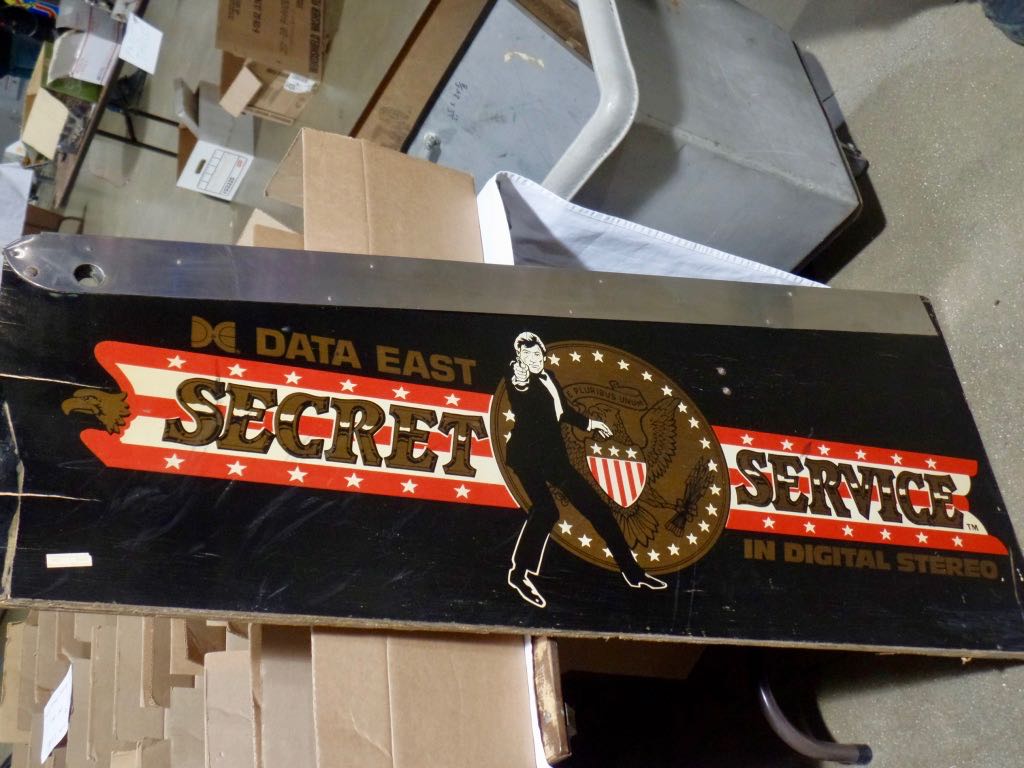 Secret Service was one of the first pinball games I ever really got into, back in the day. There's often one at Pinball At The Zoo although here, it's already being taken apart ready for transport back home after the convention's ended. 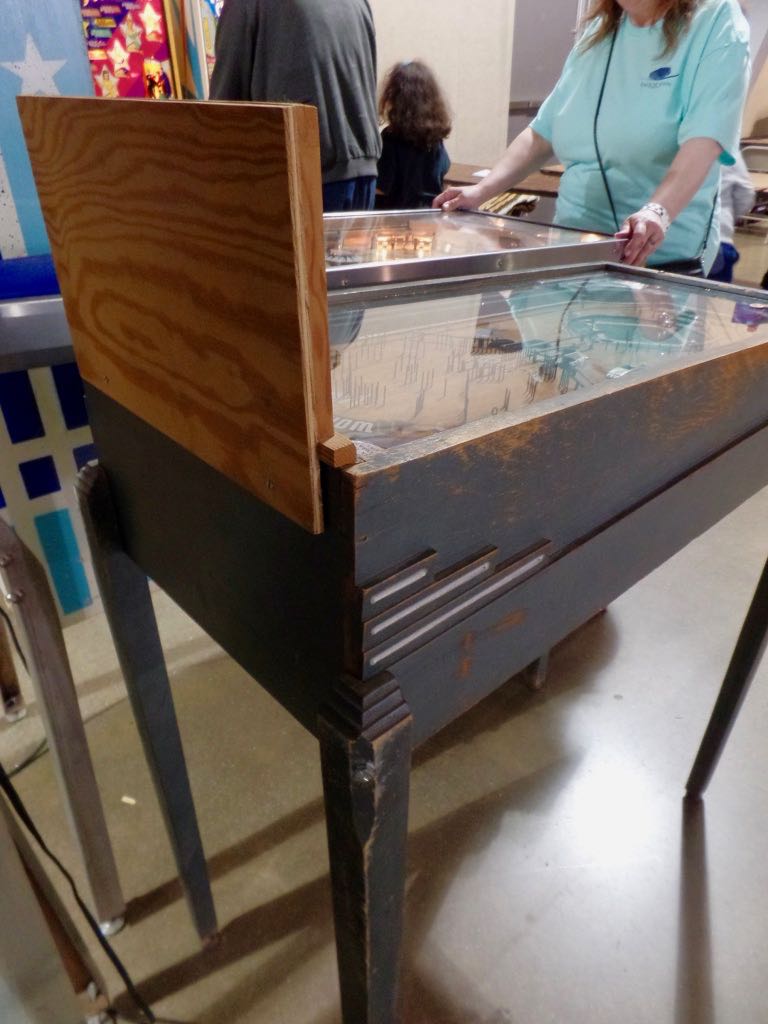 Oh hey, we walked past World's Series again. Here's the back. I don't know if the backdrop is unpainted on the back because that's how it originally looked or if that part was replaced after wear and damage. 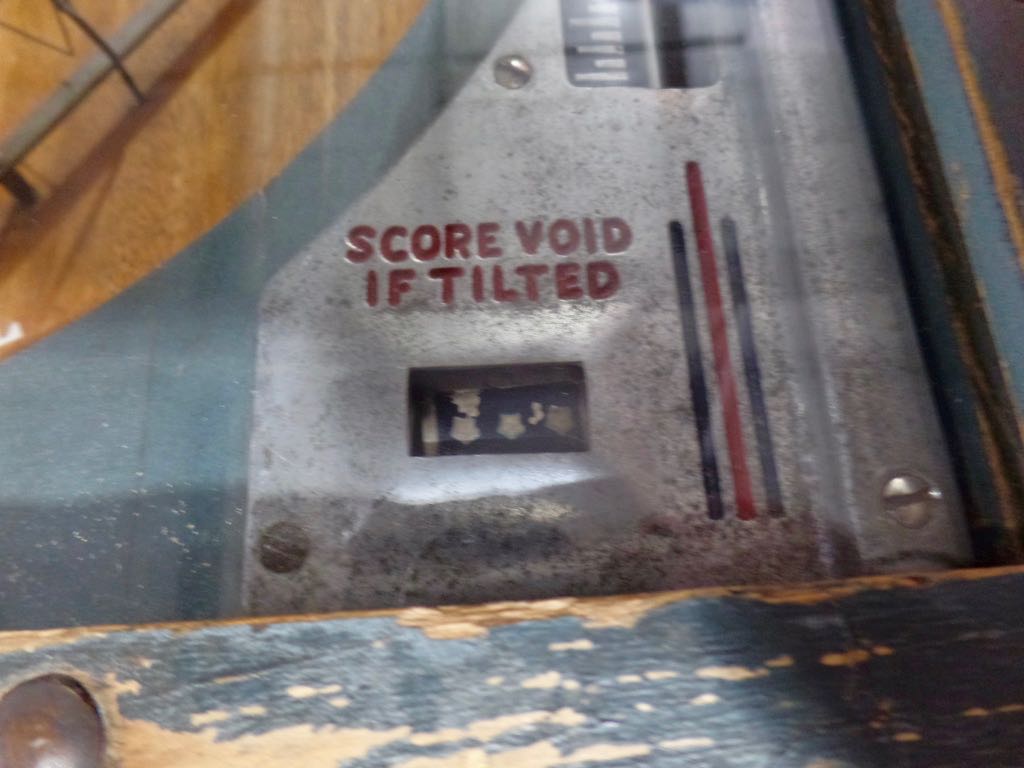 And here's the tilt mechanism showing that this particular game, at least, did not nudge things too far for its tastes.

Trivia: By 1889, Edison General Electric employed about three thousand people in its three main shops and had revenus of about US$7 million per year, with profits about $700,000. Source: Empires of Light: Edison, Tesla, Westinghouse, and the Race to Electrify the World, Jill Jonnes.