There's barrels of fun, enough for everyone

So, yeah, yesterday's entry ended abruptly, mid-sentence. I don't know why. I think I got pulled away in the middle of writing it, and never got back, and now I can't think what I would have meant the conclusion to be. Probably something about Sunshine being her usual mostly energetic, slightly mischievous self, and how fun that is apart from when she gets bitey. I'm not positive, though, and suppose there's no way we can now know. I'm sorry.

And now back to the Ann Arbor Pinball Museum VFW Etc Thing. 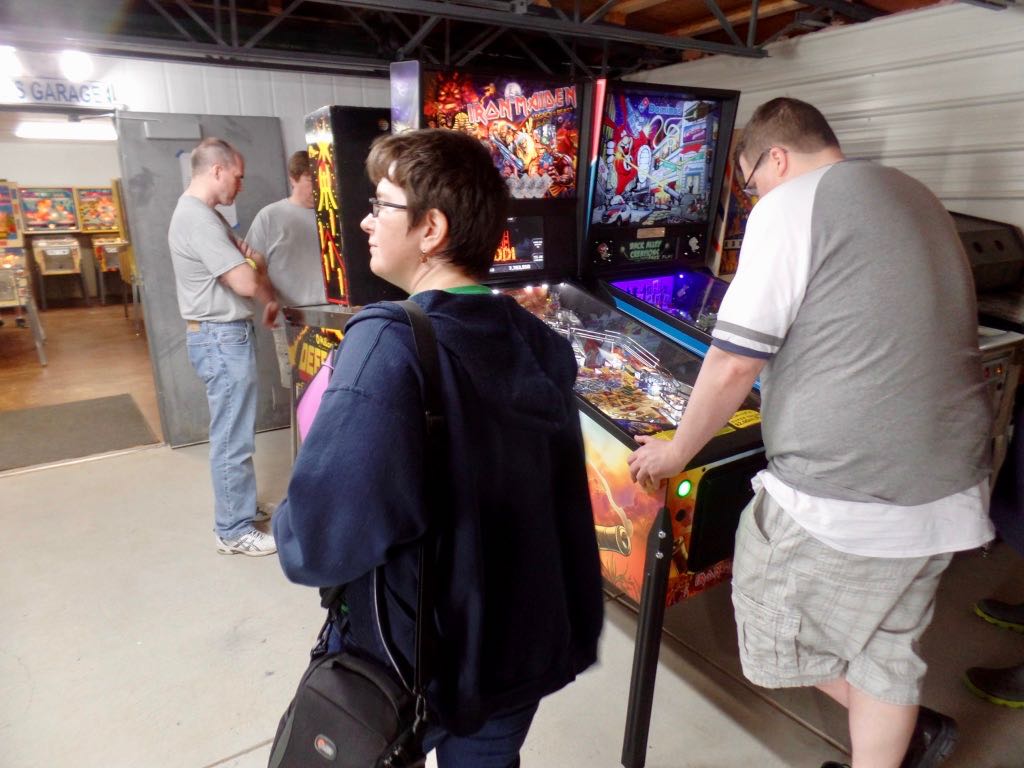 bunny_hugger strides through the breezeway connecting the original building with an annex. In this breezeway were shown off the newest or most obscure games. To her right you can see the then-new Iron Maiden table. Beside that, the Domino's Spectacular Pinball Adventure, made by Spooky Pinball for the pizza chain for some reason. 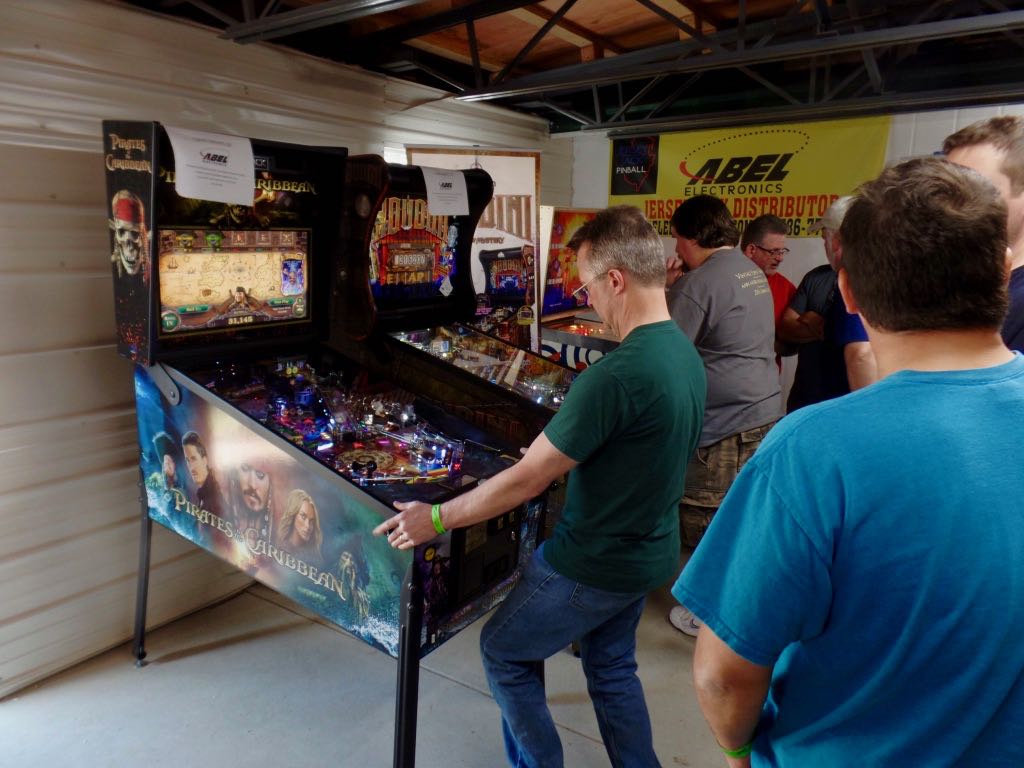 Here, Jersey Jack's Pirates of the Caribbean, which was not yet in production. In prototype version it had a triple spinning disc in the center, which would line up to various award configurations during the game. Unfortunately it was a mechanical nightmare and couldn't be done in production, although viewscreen animation still acts as if it were there. Behind it is American Pinball's Houdini, a great theme for a game that is just ... not quite right for the shots it tries to have you make. 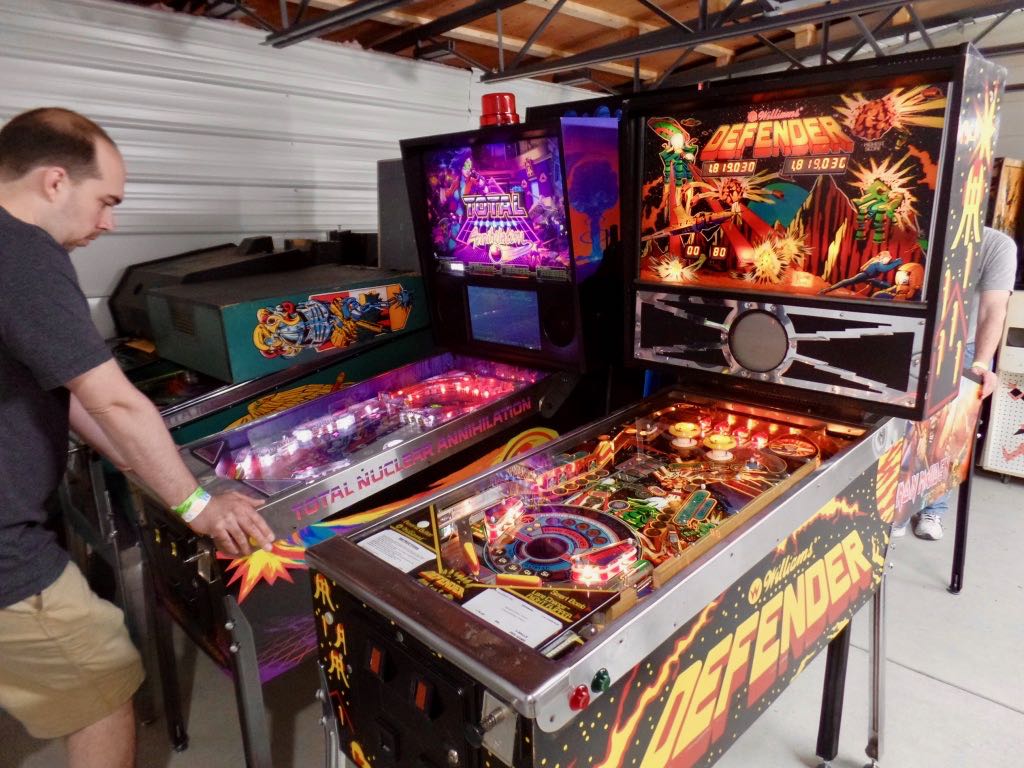 On the left, Spooky Pinball's 2017 game Total Nuclear Annihilation, a very 80s Retro-style game that really is all that good. It's got a nice simple layout and basic rules, but it's hard to master, so it's a really good new-player game. On the right, Williams's Defender, an adaptation of the video game that we didn't know they had made either. 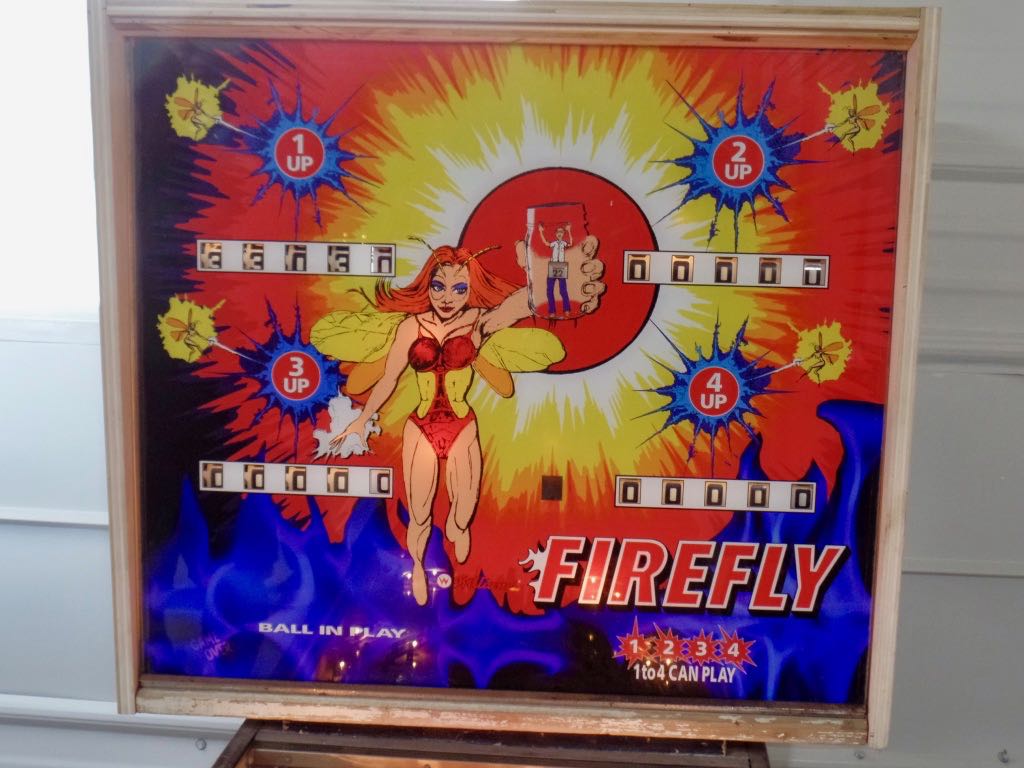 Mock backglass for a circa 1973 pinball that would have been named Firefly. So by the 70s Harry Williams was retired from the company he'd founded. But he picked up a little extra scratch designing layouts and sending them in to a company that was just not going to schedule time to make them. The designs were, amazingly, not thrown out over the decades and were even recovered, scanned, and a select few built as prototypes. Thus the backglass that's not really a 70s design, but is trying to look like it is. 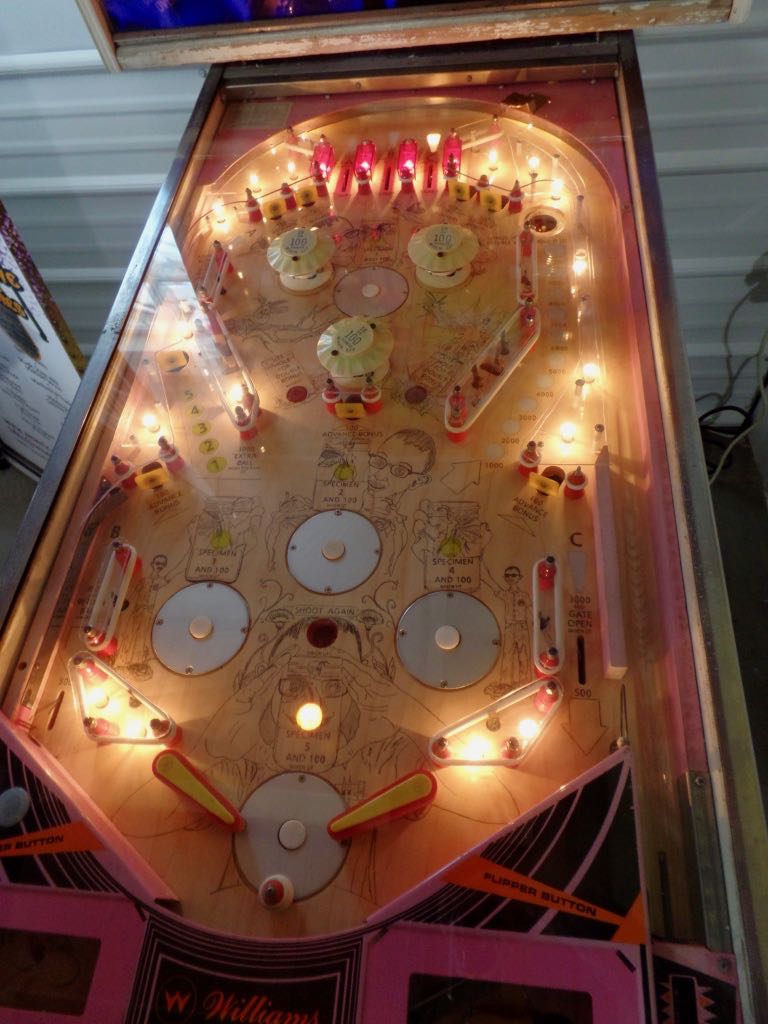 Whiteboard with pencil art of the layout. The arrangement of bumpers and tables and such is per Harry Williams's design. I don't know that the theme or any of the art comes from anything. In any event pinball games could make dramatic shifts of theme even late in production. 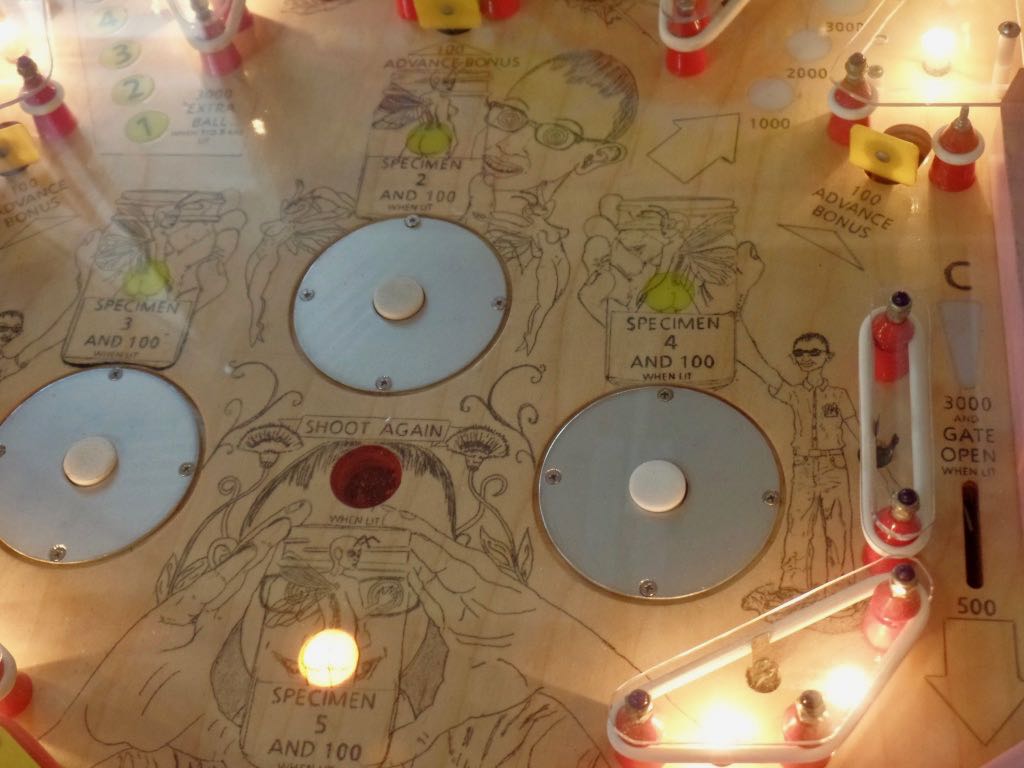 Closer details on the art, which has a lot of this nerdy guy capturing firefly-women in jars. Which is pretty eerf, although the backglass art, with the tables turned, gives it some rather needed balance. But since you'll see the backglass first it means we have the punch line before we have the setup. 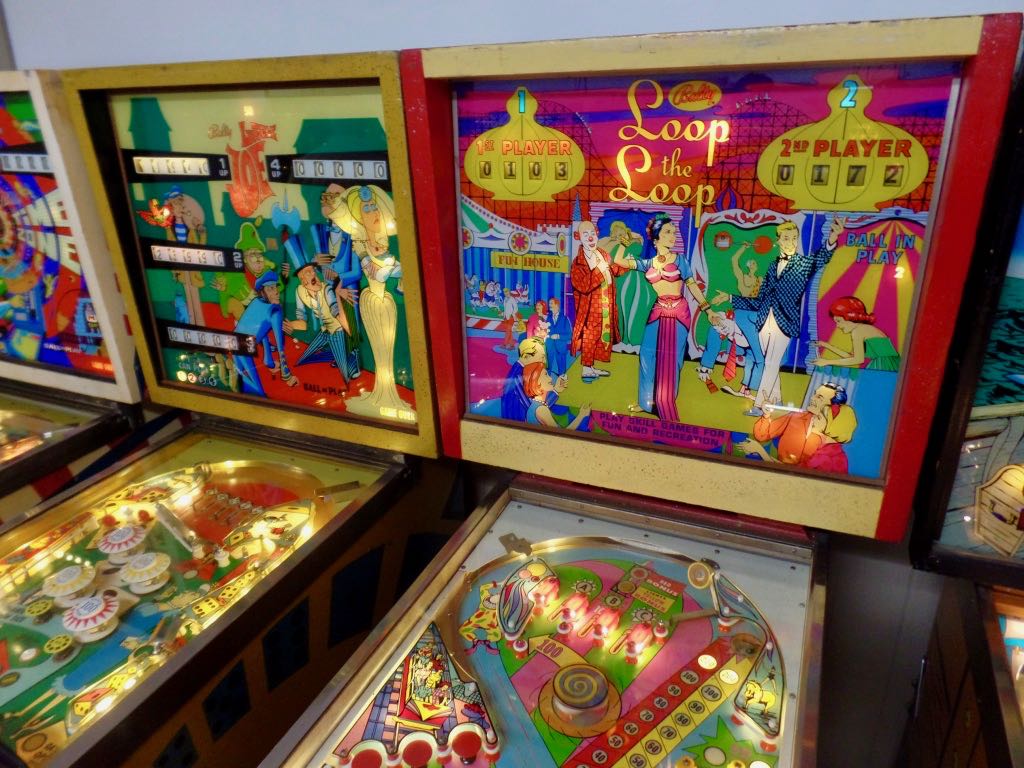 Backglass for Bally's Loop the Loop, one of the insufficiently many amusement park/carnival-themed games out there. Nice roller coaster in the background, it looks like to me. 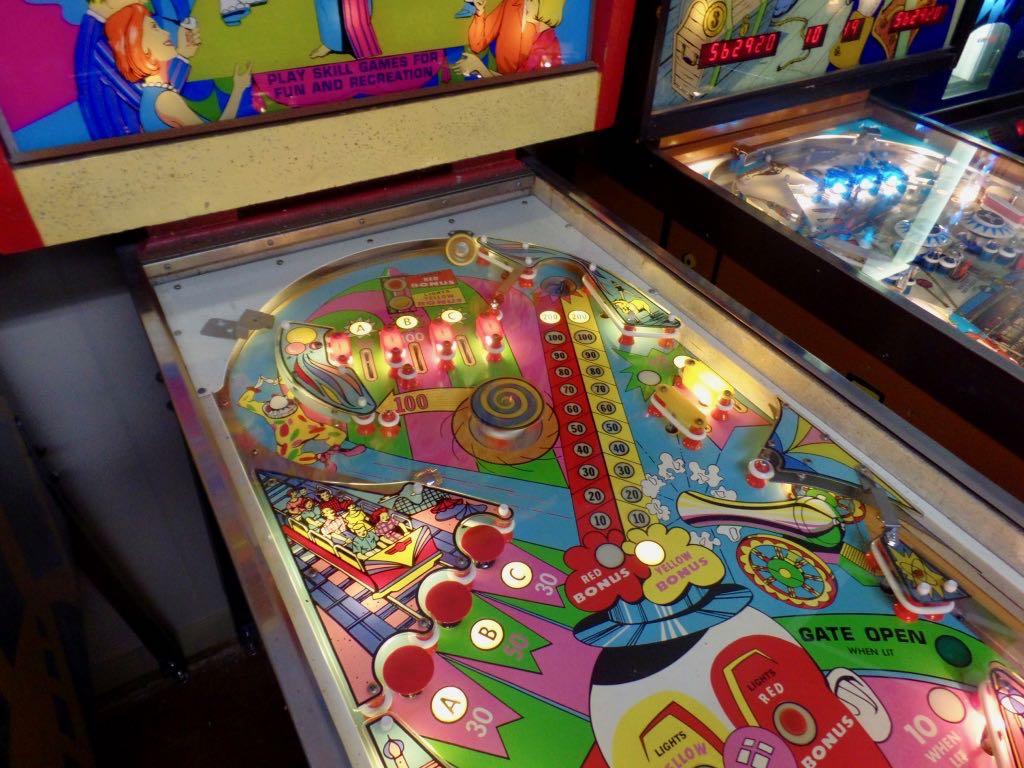 Playfield for Loop the Loop, showing off a roller coaster and some other amusement park-type rides.

bunny_hugger was way better at this game than I was. 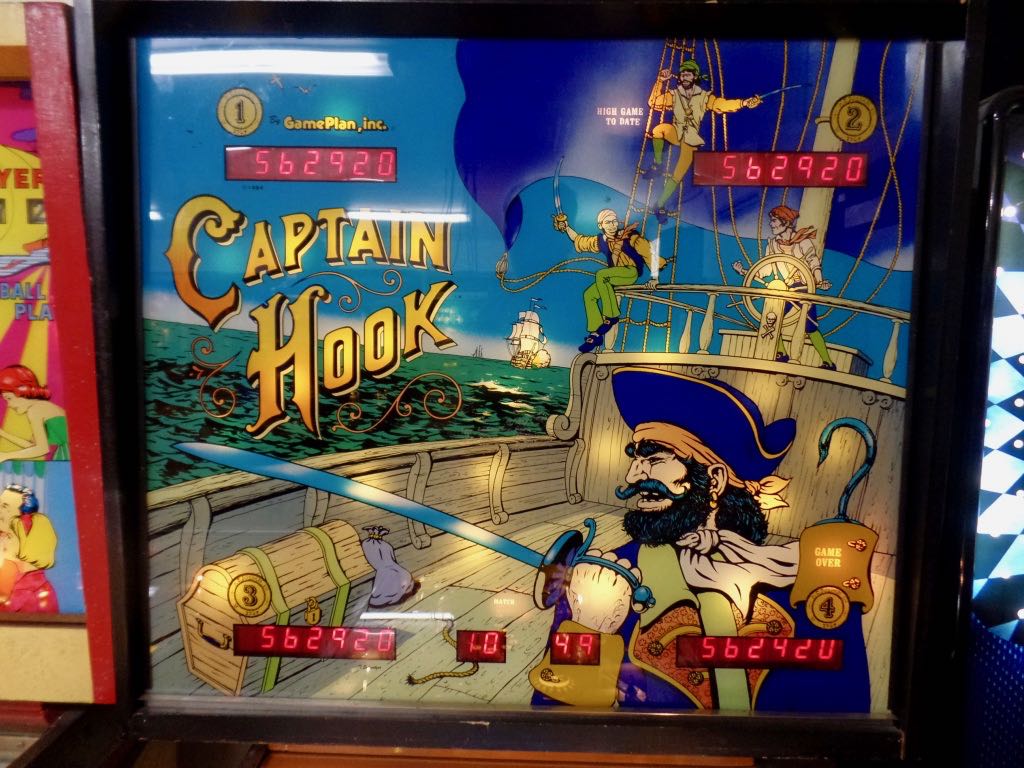 Ah, GamePlan, you're who we think of first when we need a weird game based on an apparently arbitrarily chosen theme! 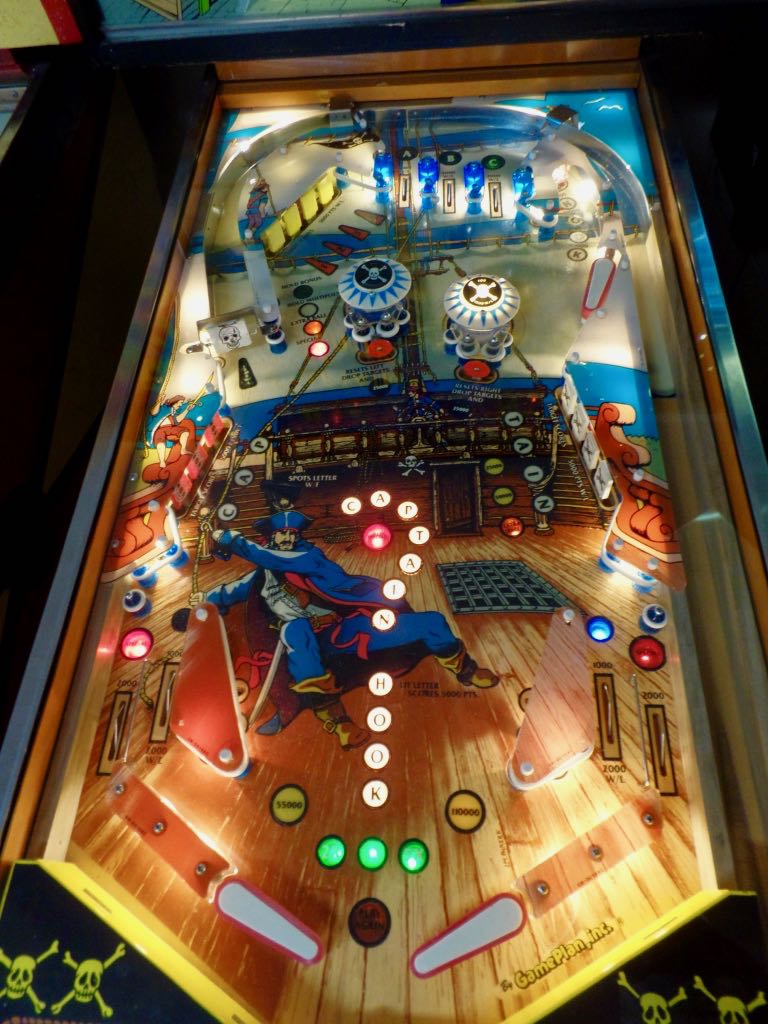 Every GamePlan game playfield: three banks of drop targets and a weird number of bumpers. (It's more often to see trios of bumpers.) I like the hook design for the lights spelling out CAPTAIN HOOK, though. 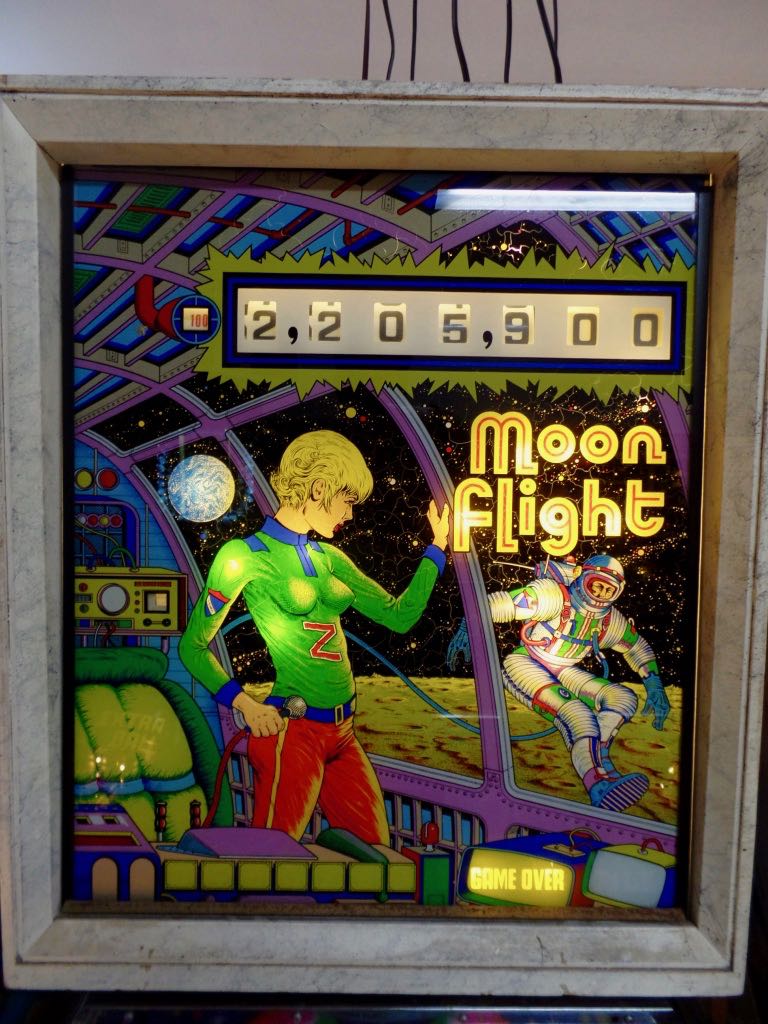 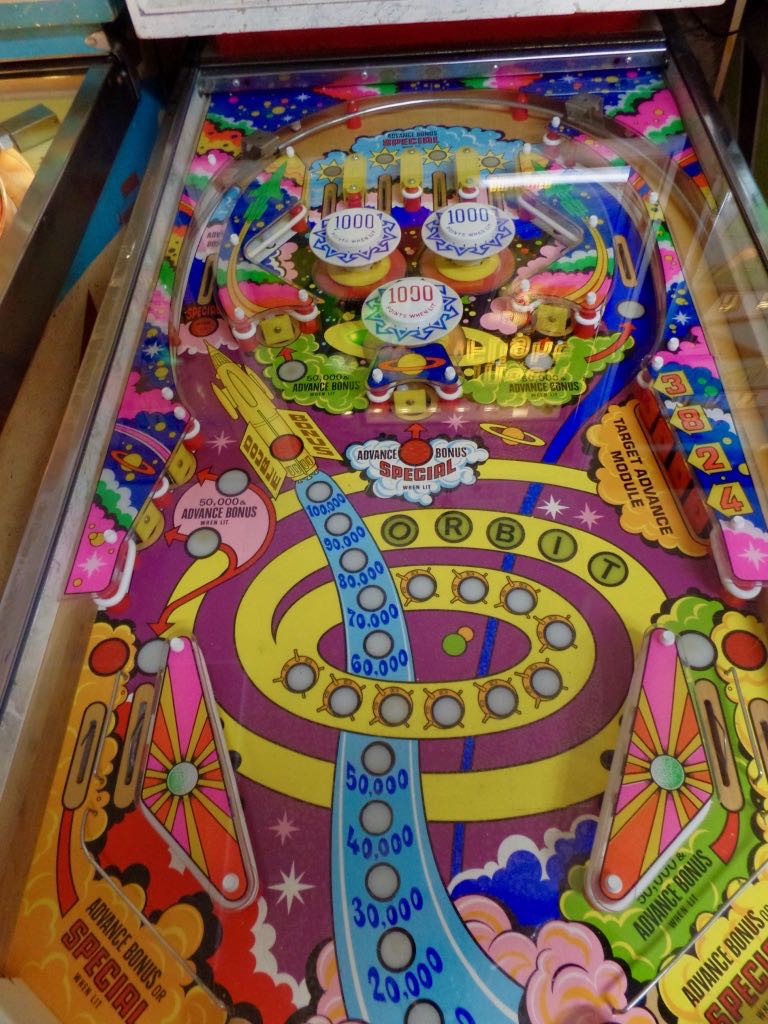 And here's the playfield of Moon Flight, which, oh yes, that is a Zaccaria layout. I have no idea what significance there is to the targets on the right being numbered 3-8-2-4.

PS: My 2019 Mathematics A To Z: Linear Programming, an essay that I probably could have got away with making two essays and thus saved myself some pain later on. Too bad.