C'mon and let's get dizzy, wiggling is so much fun

It's another full week on the mathematics blog. Reminding people of my archives really works as a publishing strategy. Who knew? If you didn't have it in your RSS feed, here's your chance to catch up:

Meanwhile, how about the story comics? Don't you want to know What's Going On In Rex Morgan, M.D.? Why is the mob after Rene Belluso? July - October 2019 is a nice easy block to review.

And what was happening at the VFW Ann Arbor Pinball Hall of Fame open house weekend? A lot of wiggling! Enjoy! 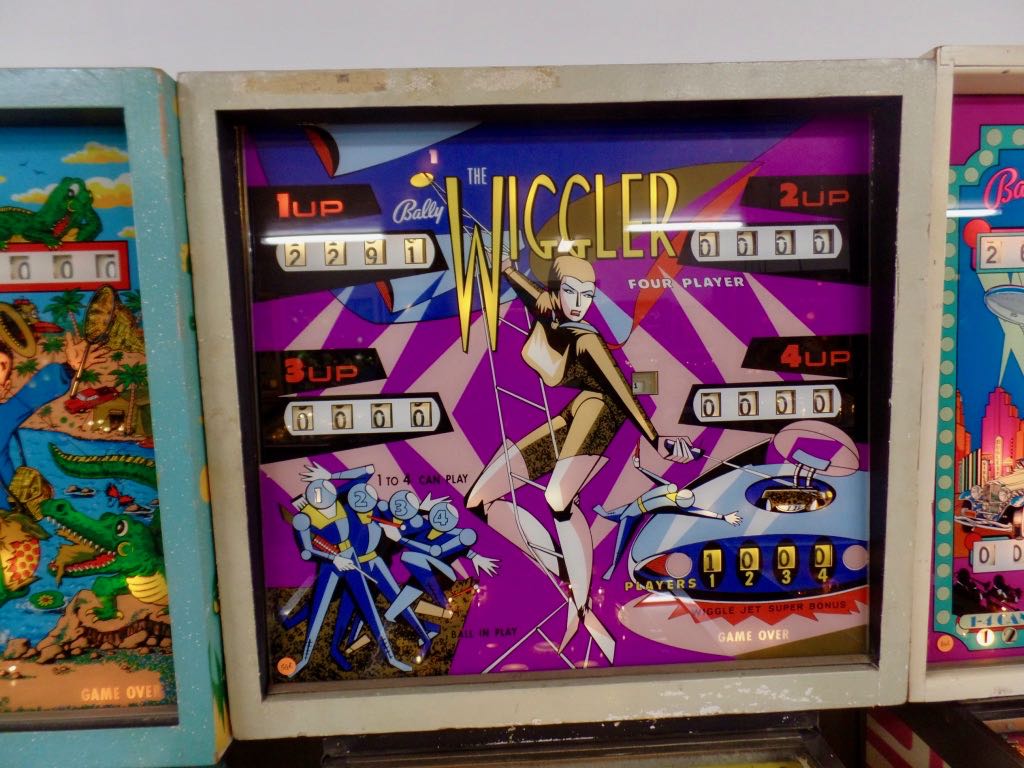 Backglass to Bally's Wiggler, which has some interesting super-spy or super-thief thing going. And I know what you're thinking but, no, the artist was Jerry Kelley, not Christian Marche. 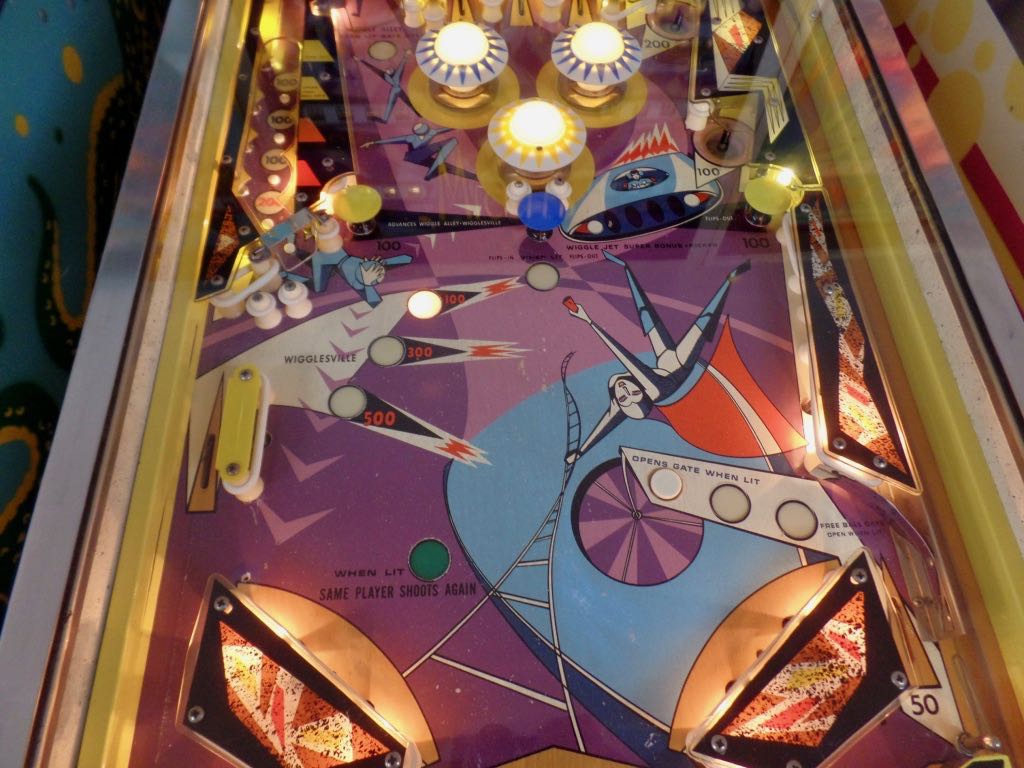 Playfield of The Wiggler, which includes a target called the Wiggle Jet, a lane called Wiggle Alley, and a general region known as Wigglesville. 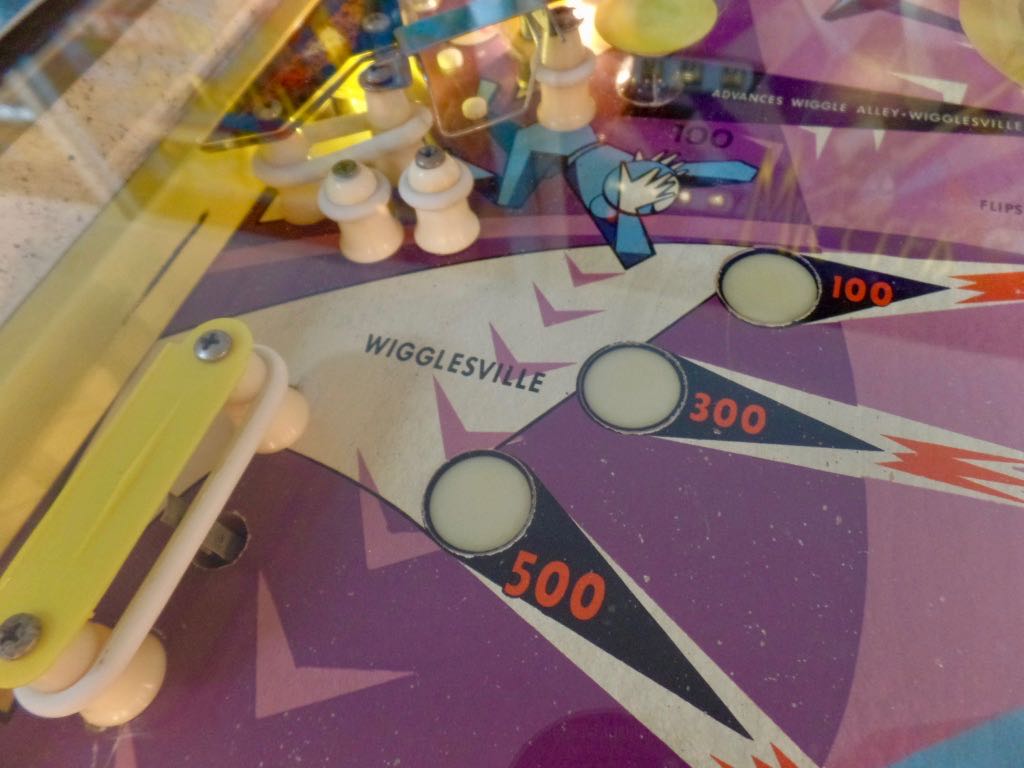 Here, let's take us all down to Wigglesville! 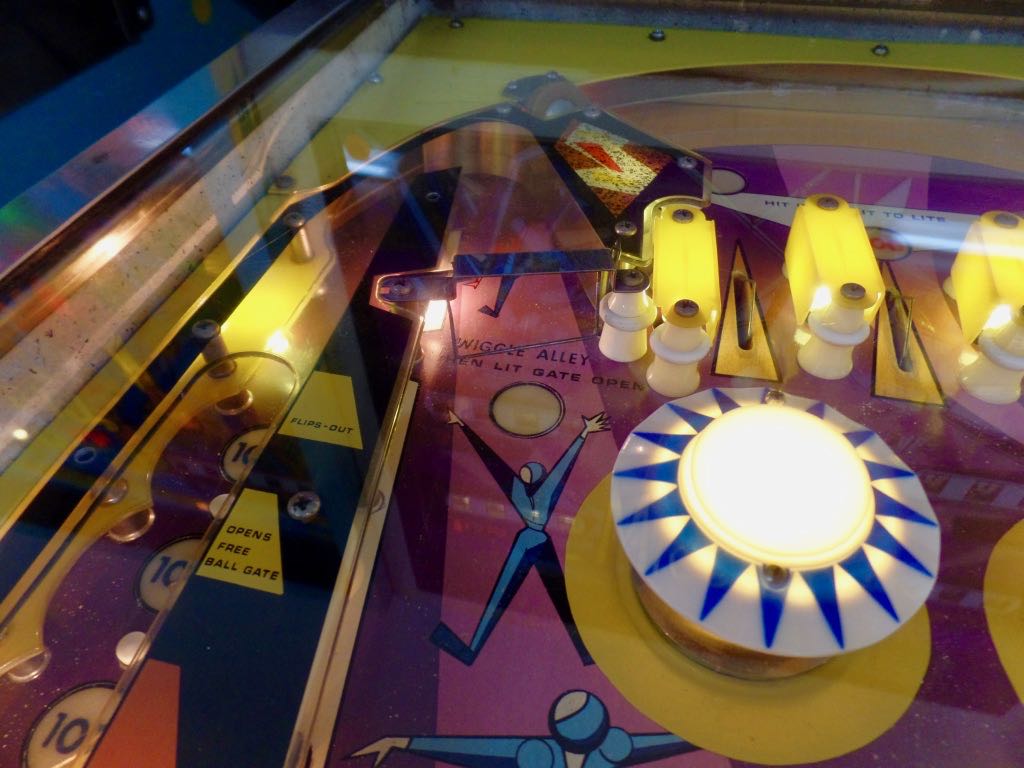 Some henchmen(?) getting in the way of Wiggle Alley, which does guide the ball to do this nice long series of S-shuffles along its way. Various targets on the main playfield light rollovers in Wiggle Alley to make it more valuable. 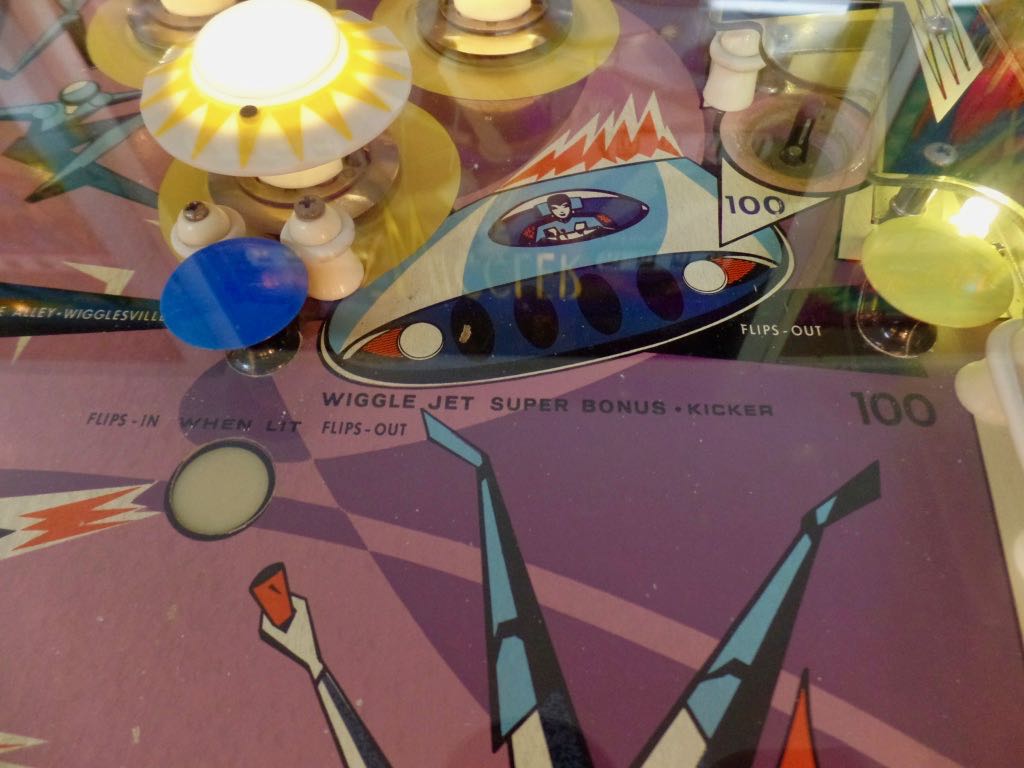 And the Wiggle Jet Super-Bonus, featuring a henchman(?) in a space hovercraft(?). It's a bit hard to say exactly what's going on with this game but it's really interesting. 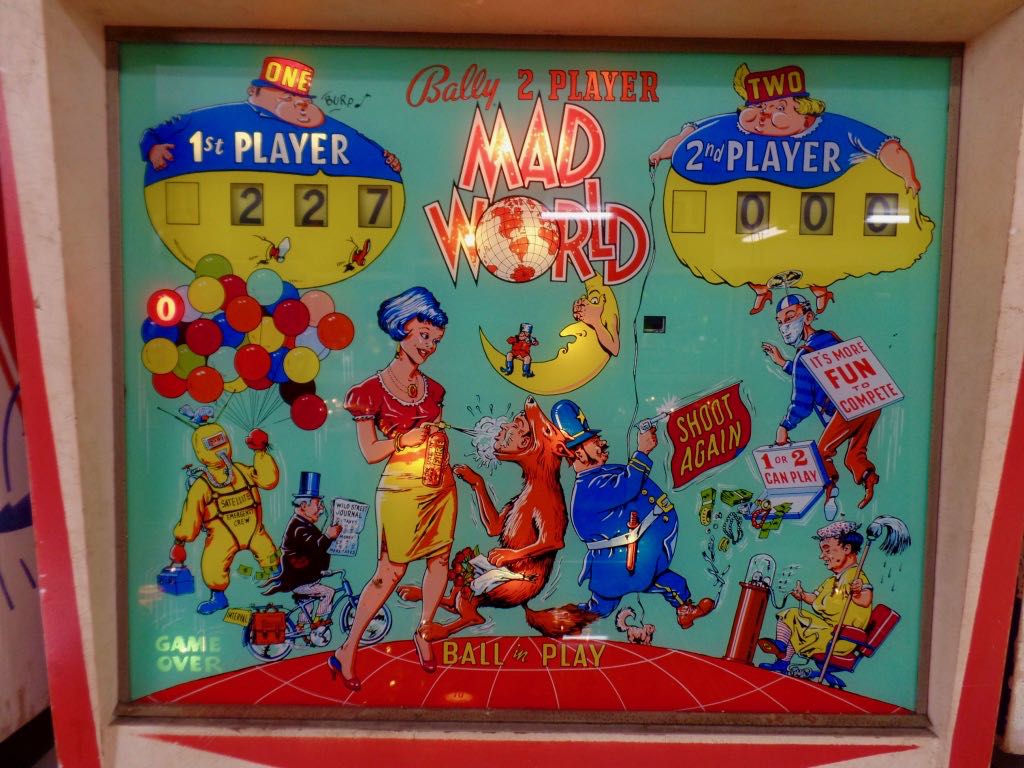 Backglass of Bally's 1964 Mad World, which has a bunch of silly nonsense in its art. 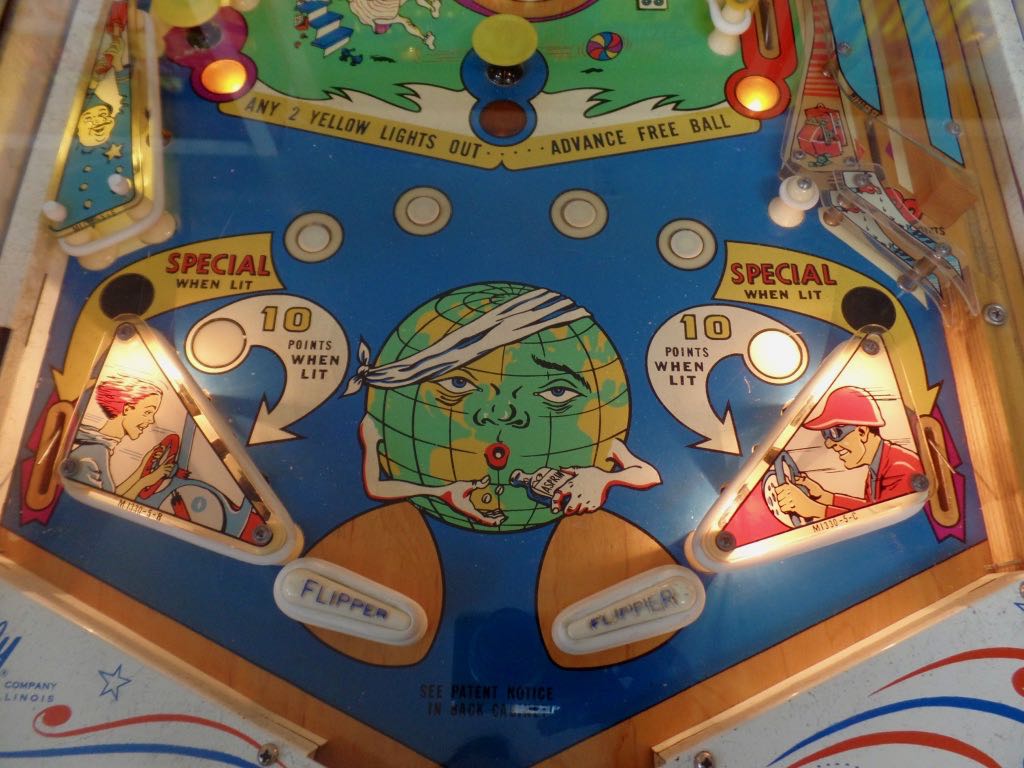 Lower playfield for Bally's Mad World, featuring the world having had enough of it all, thank you. Also two people racing cars to collide because they were throwing in a lot of wackiness for the art here. 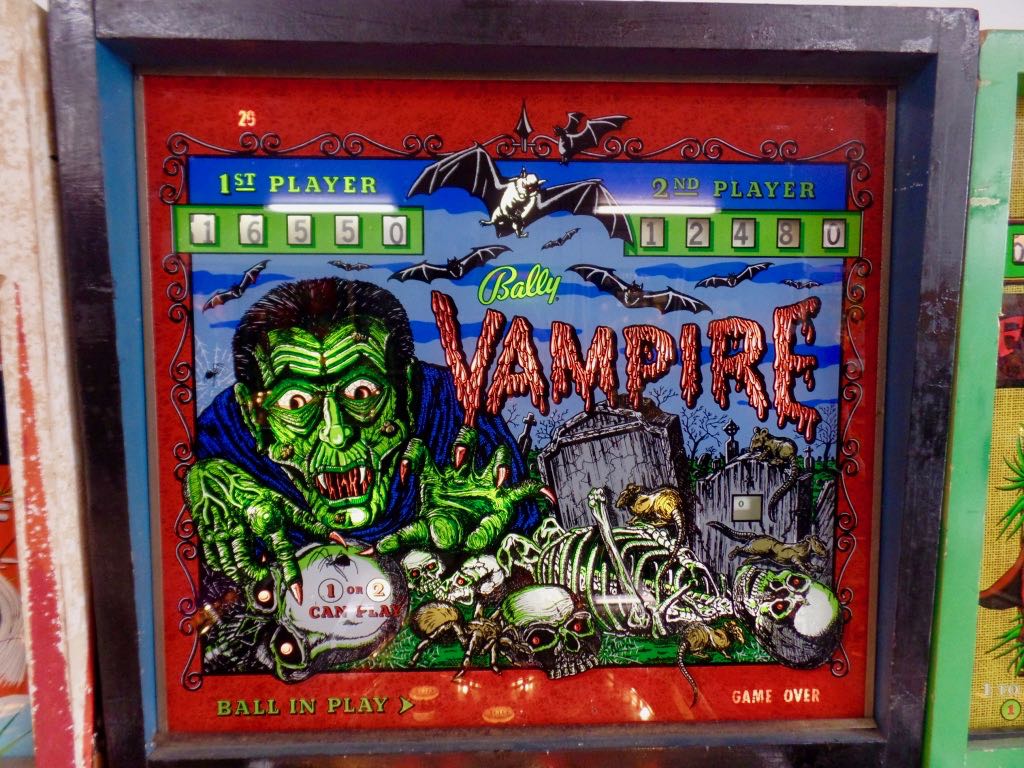 Bally's 1971 Vampire, surely based on any given horror movie host of that era. 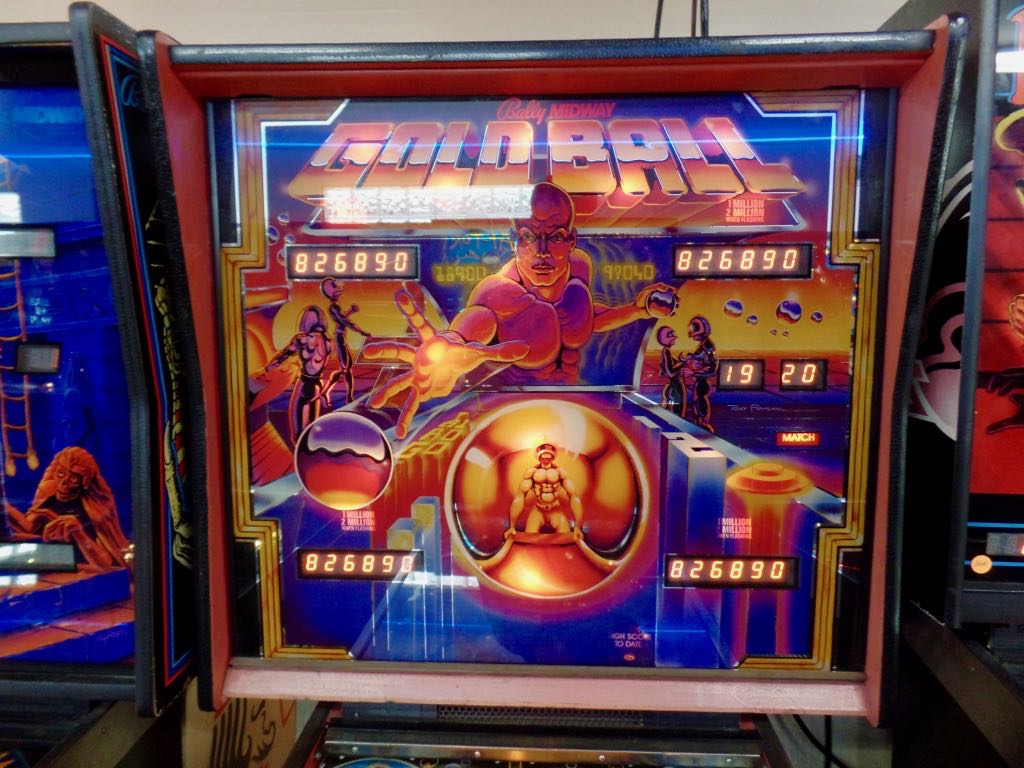 Bally Midway's Gold Ball, one of a handful of games based on portraying the pinball player as a solid metal possibly-robot figure, much like Silverball Mania does. 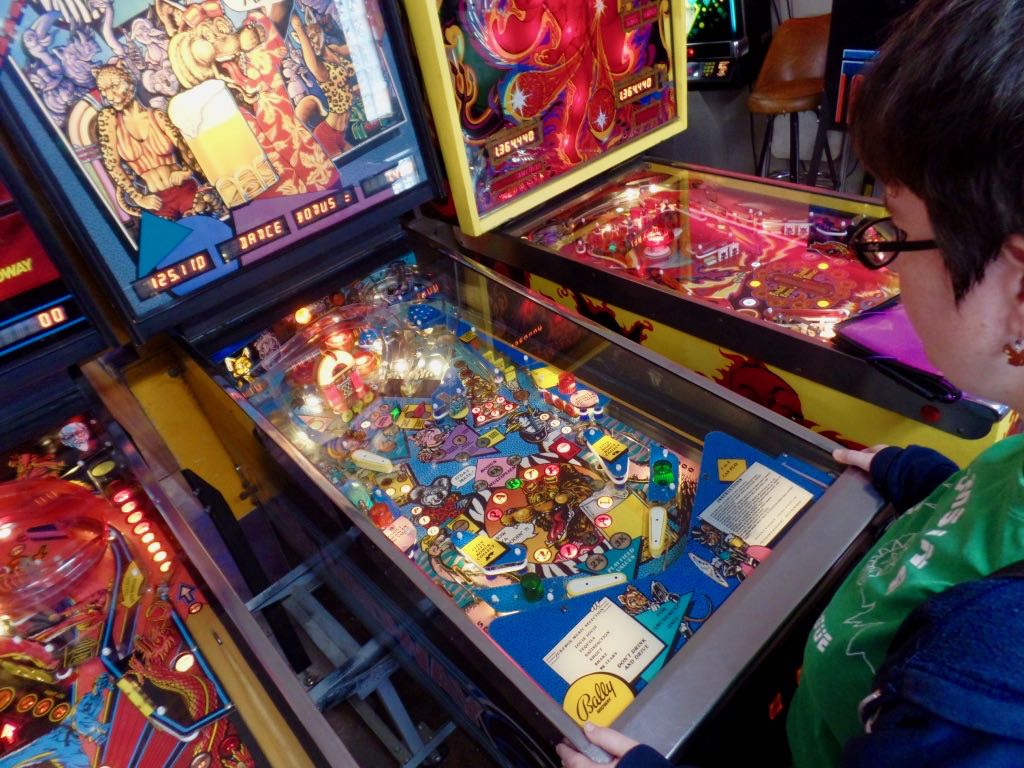 bunny_hugger partying on with the Party Animals. 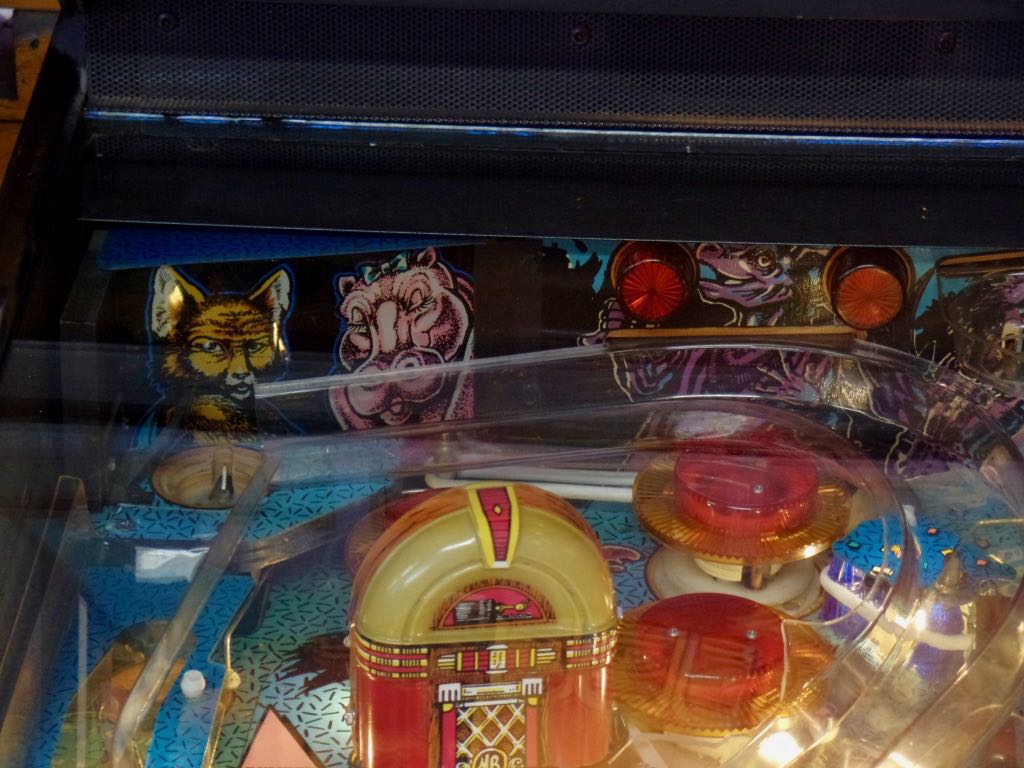 What you get when they try drawing furries from outside the traditions of furry art. 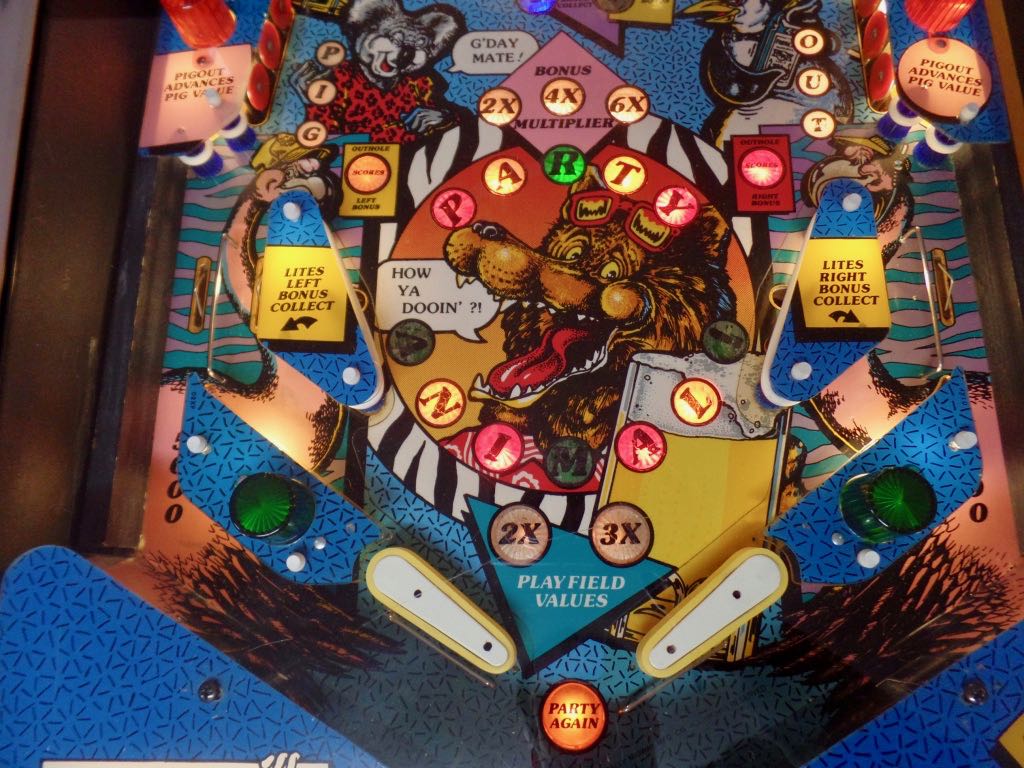 The lower playfield for Party Animals, which you can tell is not done by furries because half the characters here are birds.

Trivia: Irving Berlin took on that name when a publisher misspelled his birth name Irving Beilin. Source: Know-It-All, A J Jacobs. (Or, ``Irving Baline'', according to Wikipedia.)