A show that no one comprehends

Well, I've done all the vague rambling about Nickelodeon that I have for a while. So I'll fall back to photo dumps for a little while. Don't worry. This weekend we're doing something big. You'll hear way too much about it soon. Meanwhile, here's the night rolling to an end at the VFW Ann Arbor Pinball Hall Of Fame Museum Etc.

(The subject line has nothing to do with anything; it's just a dumb 90s song that has been stuck in my head lately. I tried, but I couldn't find anything to do with the pictures here. Sorry.) 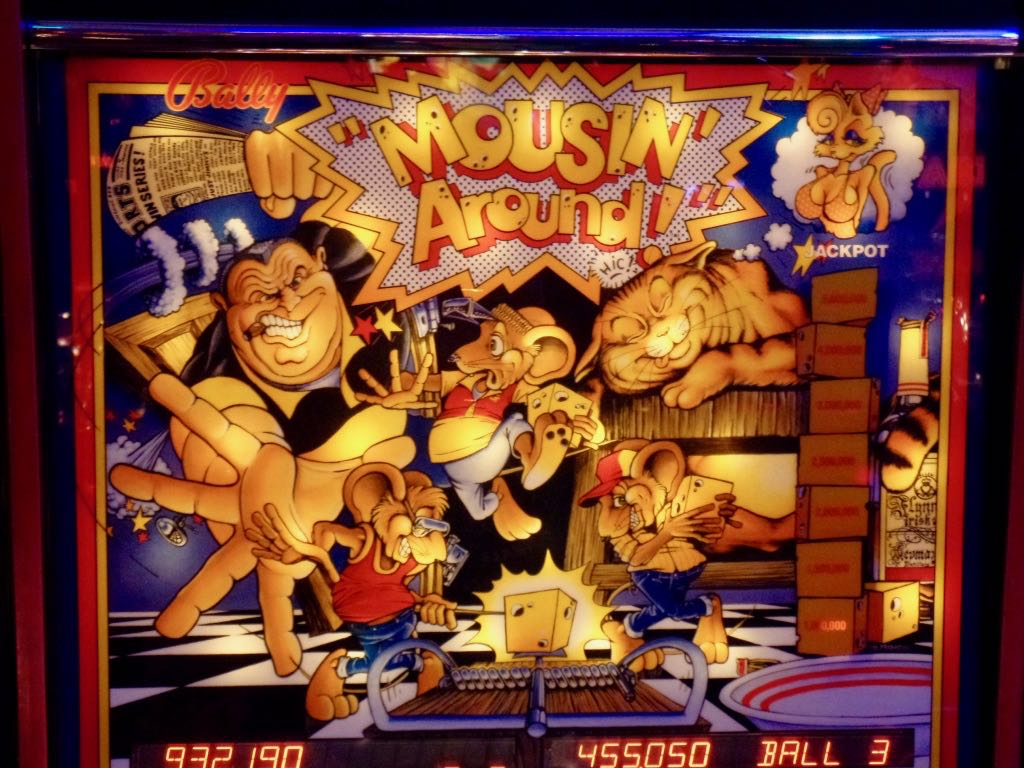 Backglass to Bally's late solid state Mousin' Around, with its nice theme of cartoon mayhem and, as

bunny_hugger will point out, maybe the most egregious instance of pinball-shaped breast spheres in any major gamemaker's inventory. 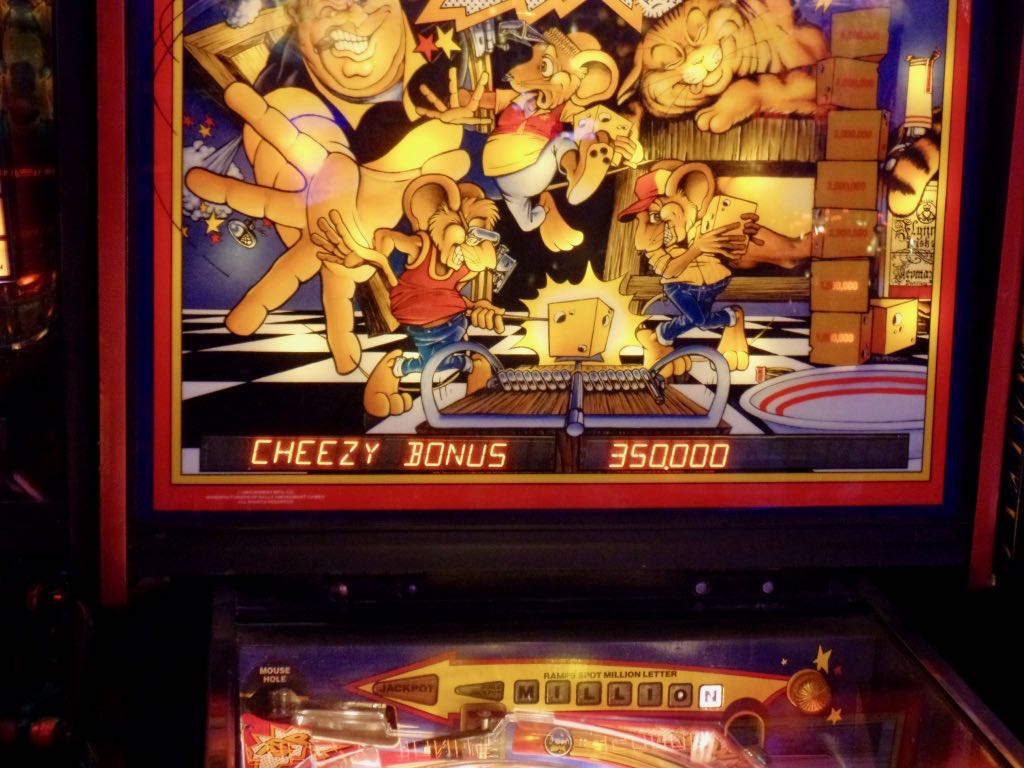 Still, it's got one of the top bonuses in pinball. 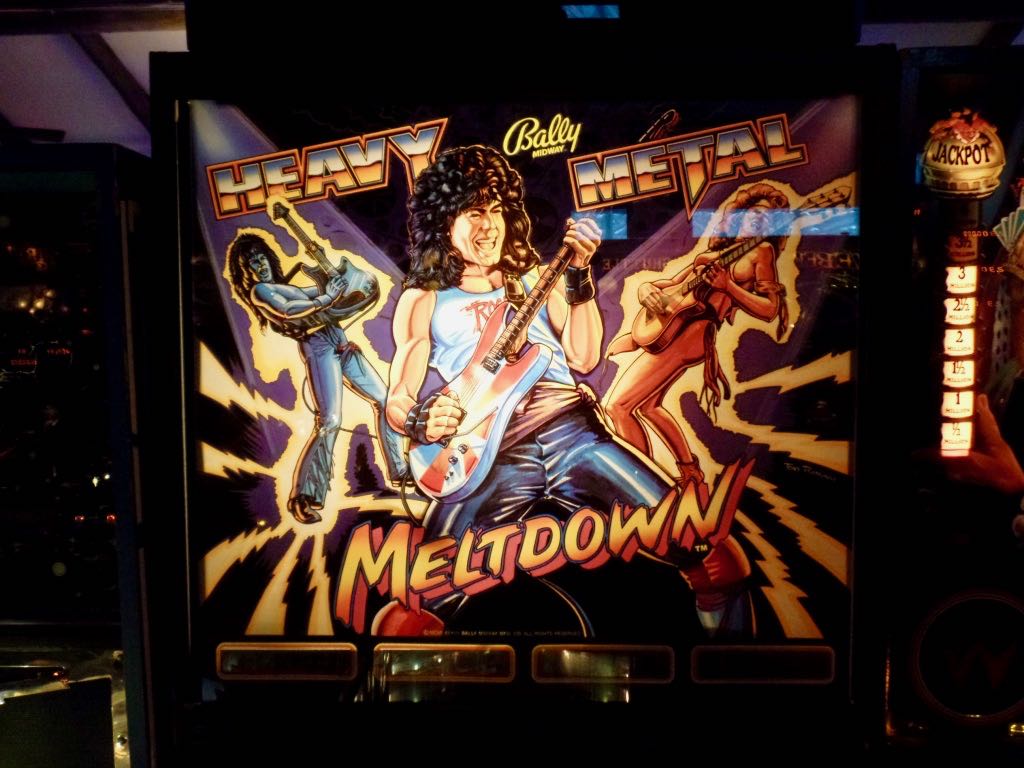 Aw, yeah, the most metal game of 1987! So you can play this game entirely by making two ramp shots, each of which makes this very synthesized guitar lick sound, and it's kind of fun and also a good way to drive people near you mad. 10/10 would play again if

bunny_hugger didn't kick me in the shins. 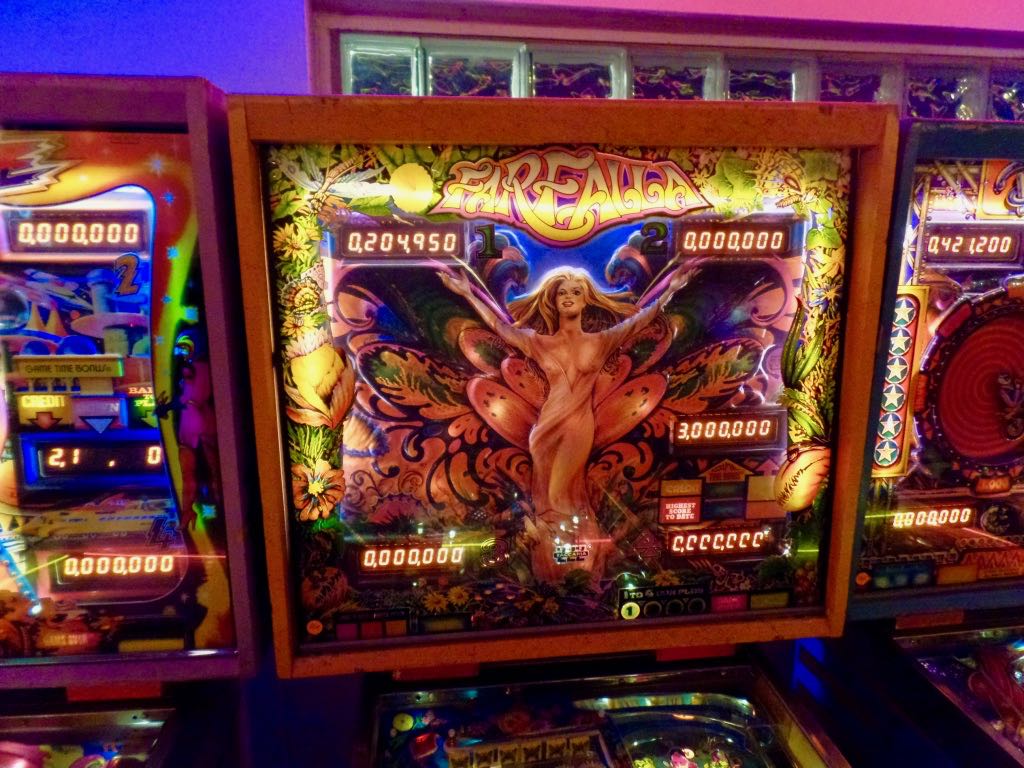 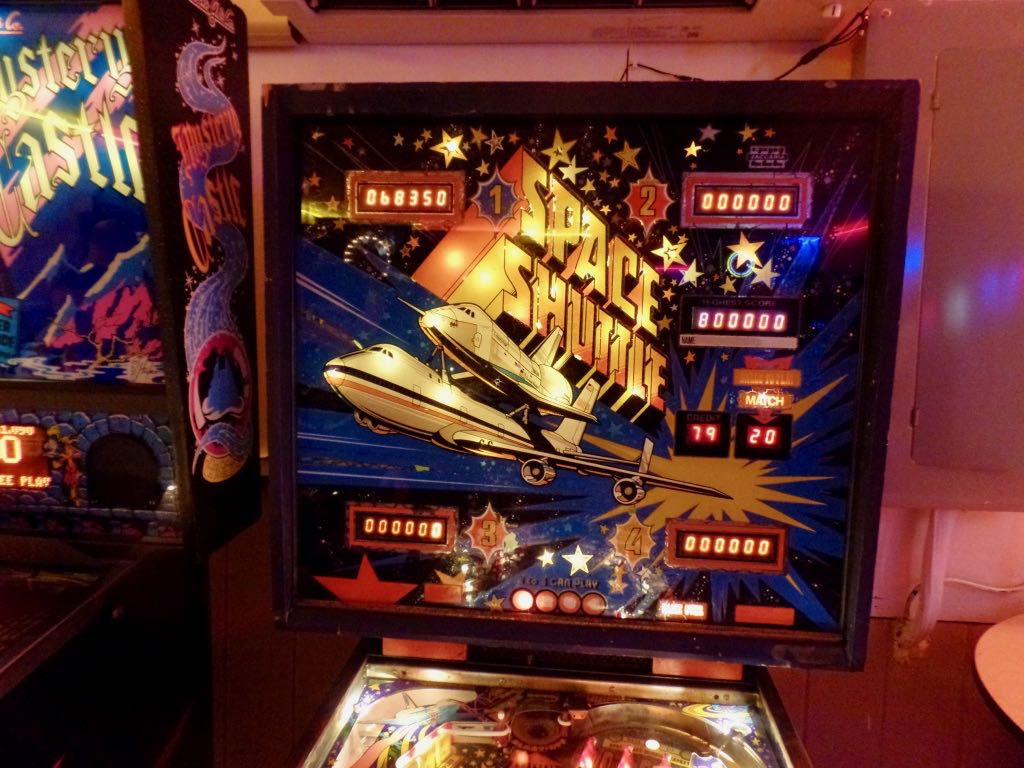 And here's Space Shuttle, another Zaccaria table, art based on the most exciting aspect of the new space transportation system: the way it could hitch a ride on stuff. 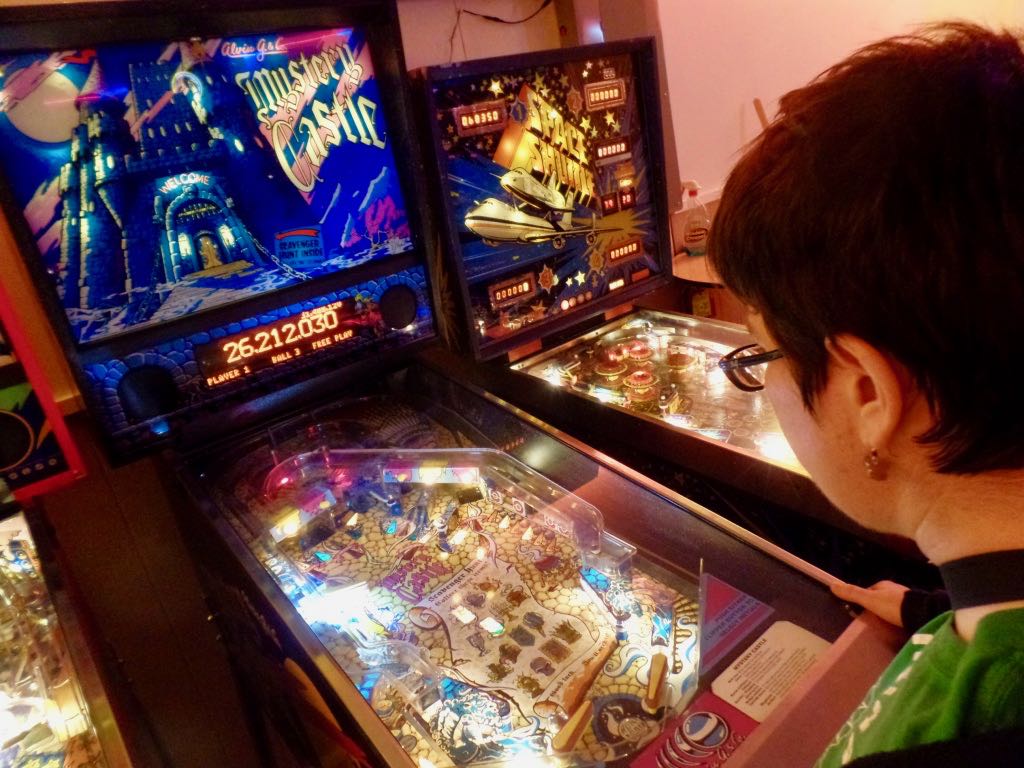 bunny_hugger in the process of creaming me on Alvin G and Company's Mystery Castle, another of the short-lived company's games. We really like the theme of this one. 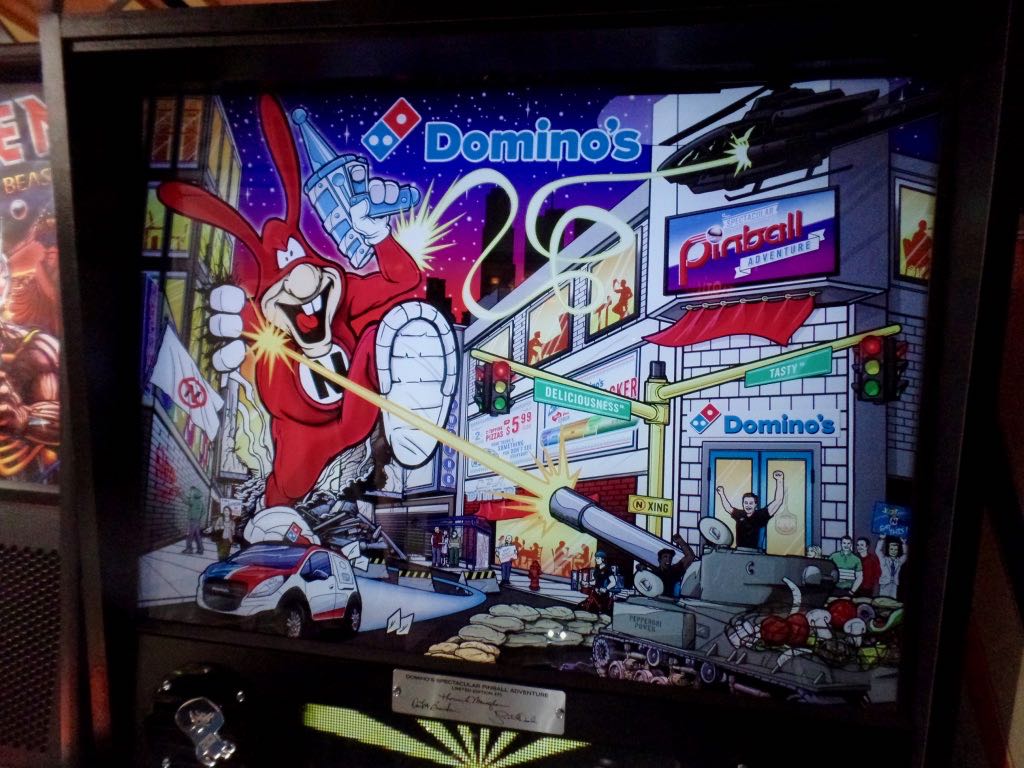 So, here's the backglass of that Domino's pinball game that ... reminds you oh yeah, the Noid. How about that? 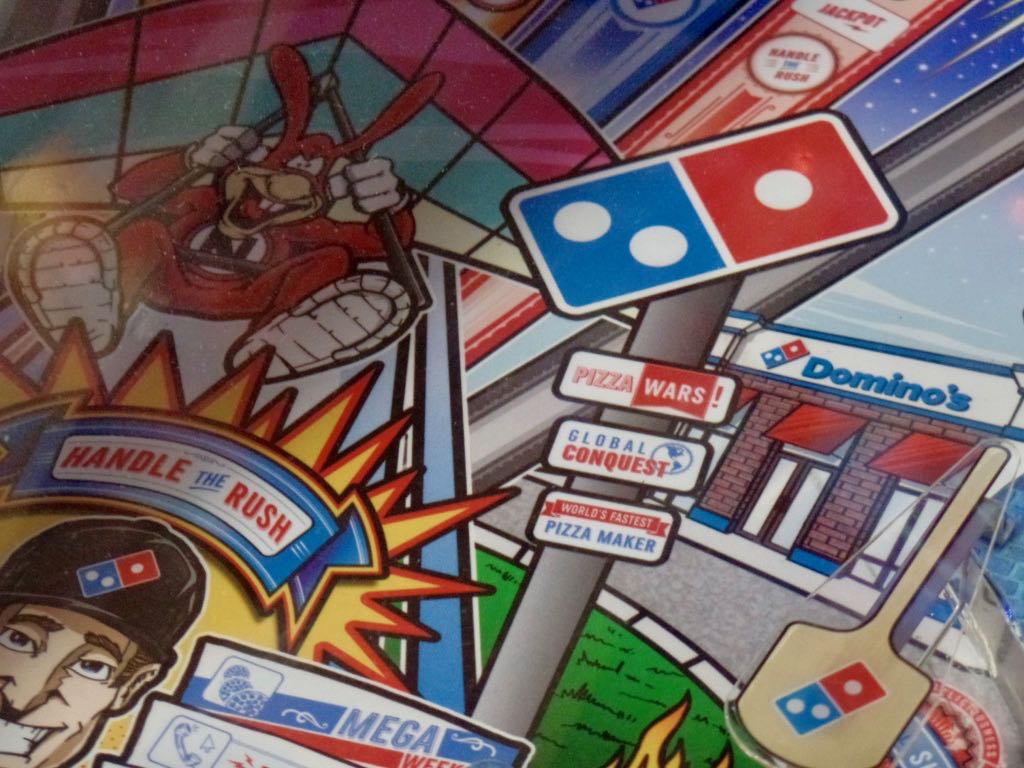 You know, Domino's is one of like fourteen pizza chains to come from the Ann Arbor/Ypsilanti area. The two-and-one dot pattern represents the time they had that many restaurants in the two cities. Anyway, I suppose Pizza Wars is one of the long-term goals of the game. 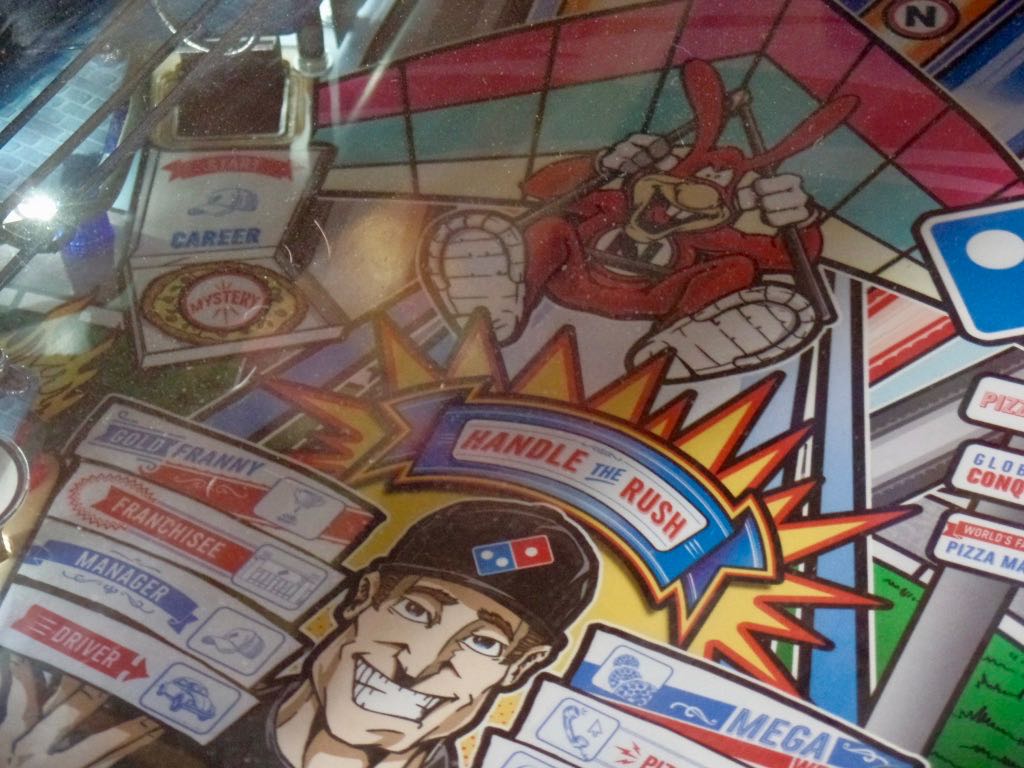 We didn't play the game long enough to reach this --- it just reset on us while we did play --- but based on the left, one goal of the game is to become a ``Gold Franny'', so, that's a something then? 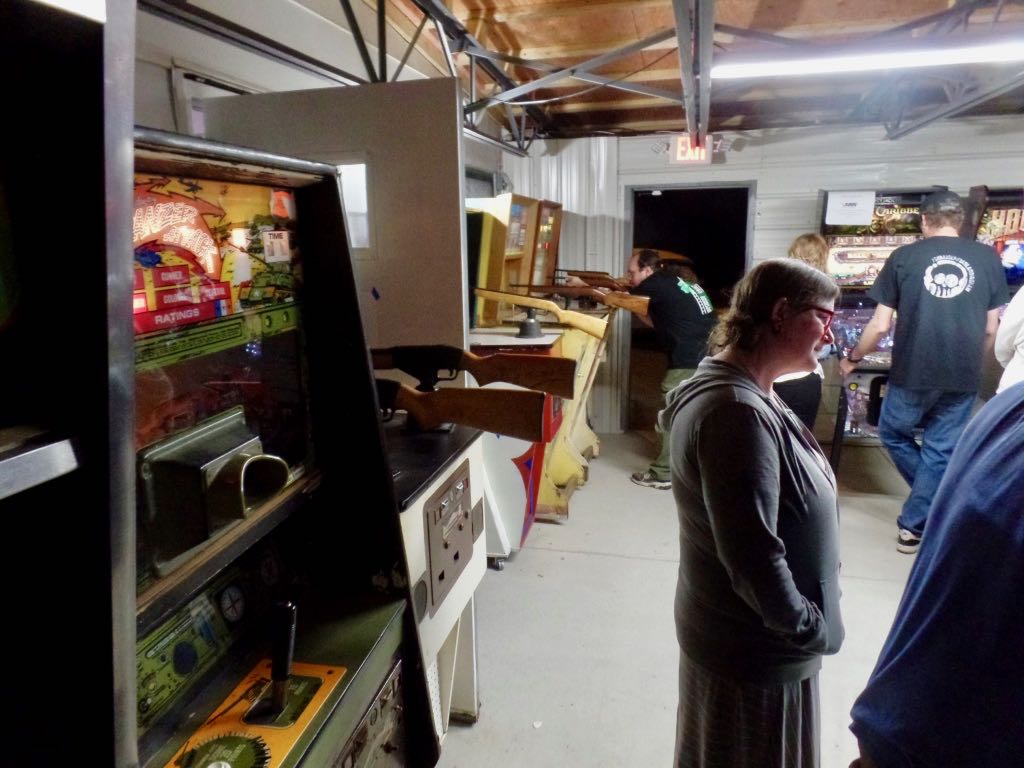 And looking around the breezeway again. Some of the shooting and other games were working and you can see someone trying his luck on one.

Currently Reading: New York Sawed In Half: An Urban Historical, The True Story of What May or May Not Have Been the Greatest Hoax Ever Played on the Citizens of Gotham, Joel Rose. A book that I kept looking for, and not finding, in the MSU library and was ready to give up as lost turned out to be right there. Either it was returned or it had been mis-filed. It is a tiny book, not even the height of a regular paperback. Possibly it got lost between or inside other books.