I'm in love with a creature from the sea

Oh, I messed up naming one of the essays for my mathematics blog this past week. Can you spot what it was?

Meanwhile in the story comics I get back to sports. What's Going On In Gil Thorp? What does ``blowtop mad'' mean? July - October 2019 in high school.

And here let's check back in on the dragon scene of the Grand Rapids Public Museum. Special shout-out here for 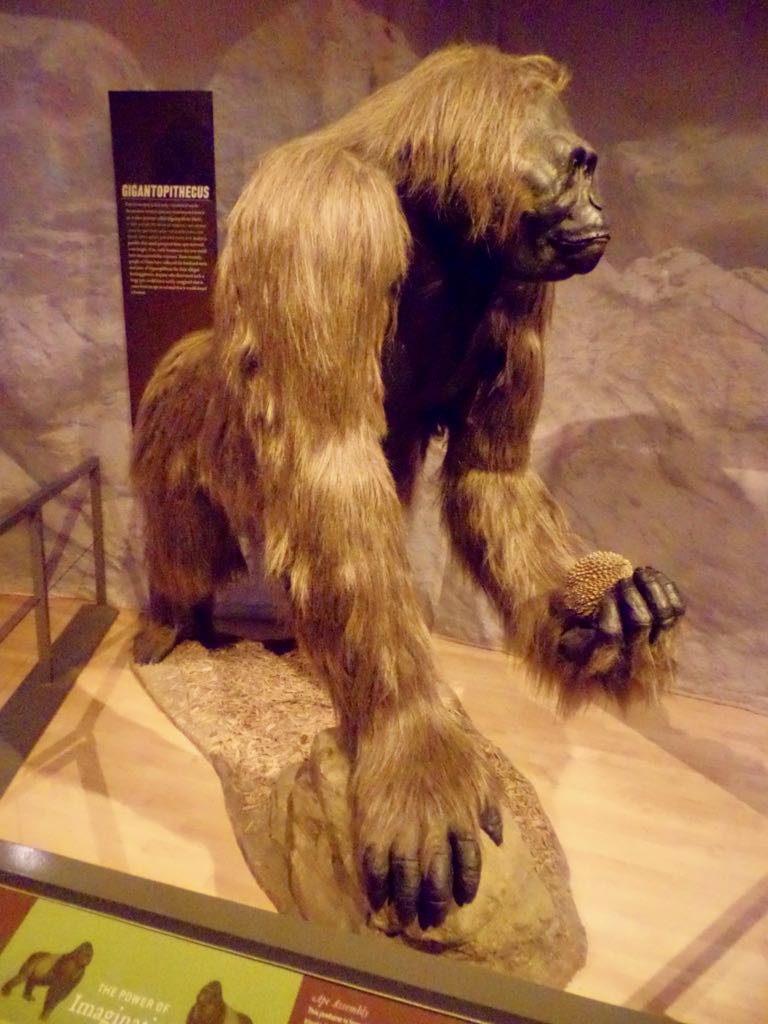 Reconstruction of a gigantopithecus, an genus of ape that went extinct maybe a hundred thousand years ago and offered as maybe a reason why people think of giants as a thing. 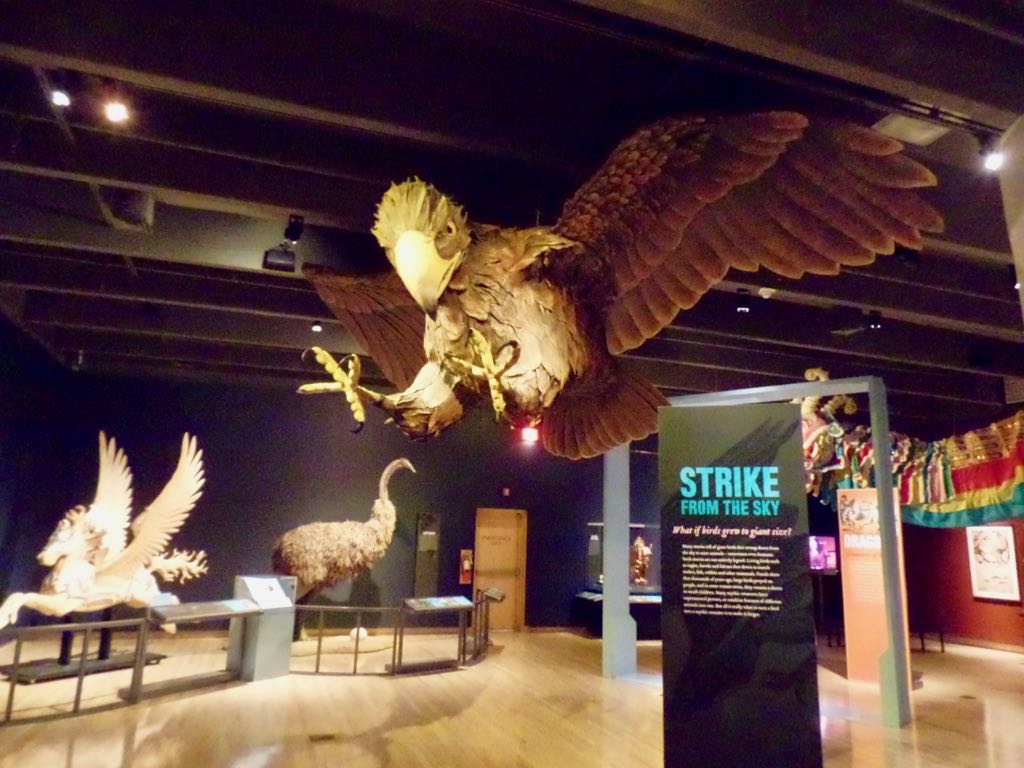 Ah, and now for some great birds! Here's a roc happy to see you. 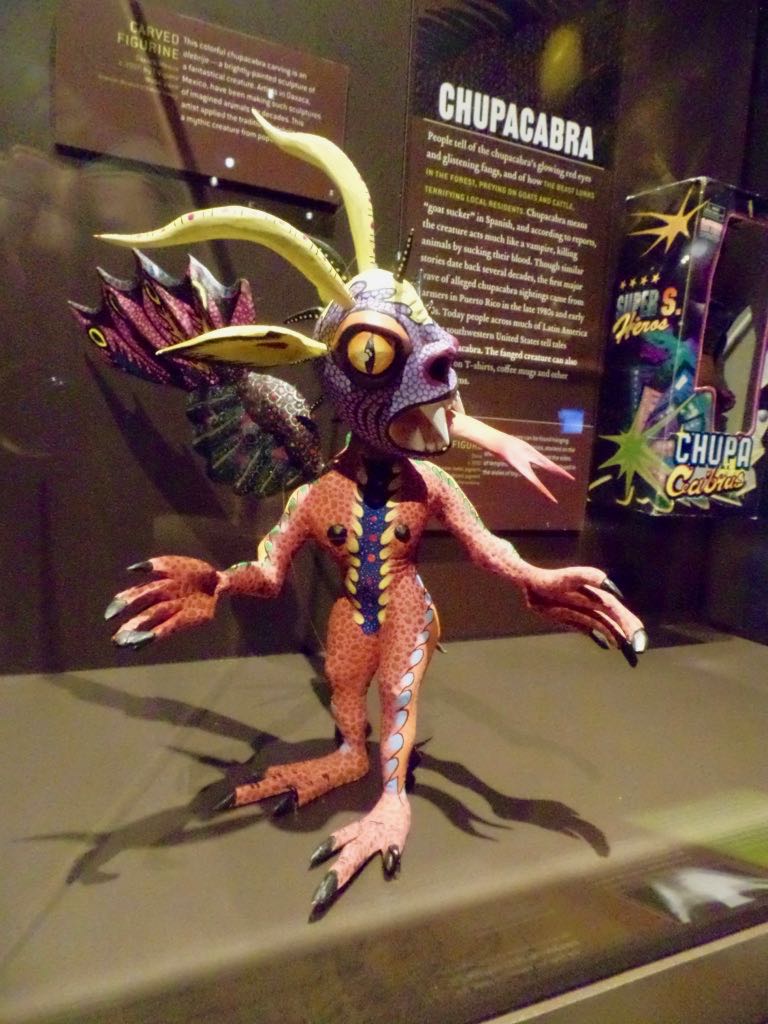 But first let's take a peek at the chupacabra, who's looking very colorful for being a mangey raccoon. 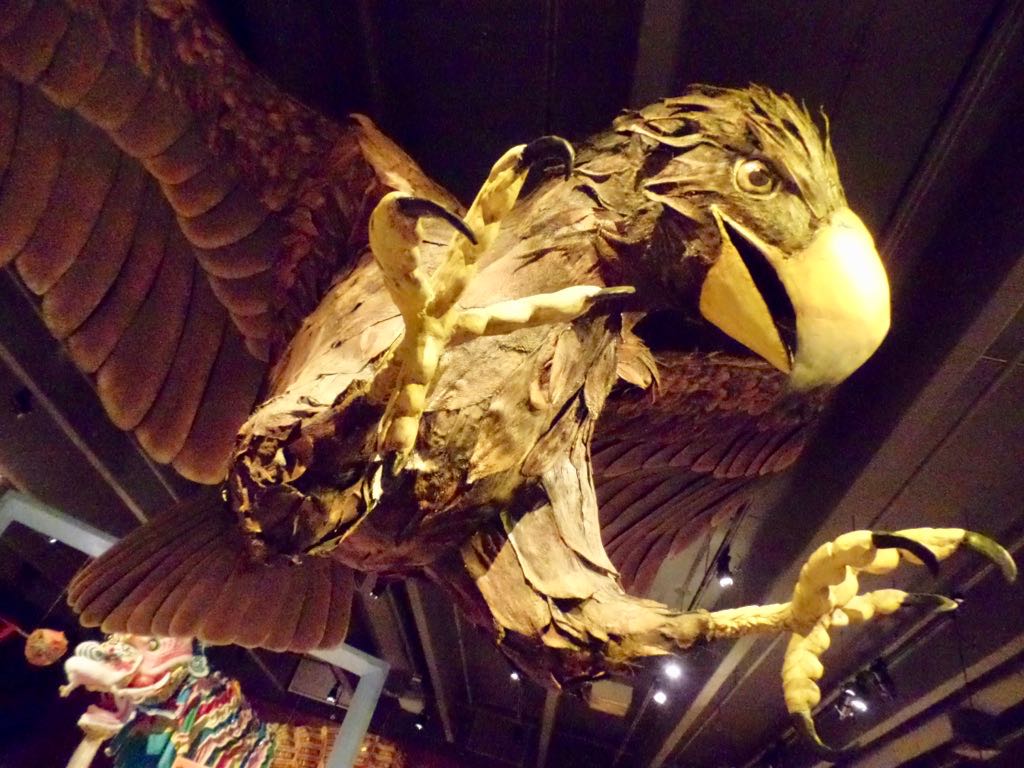 Now let's get back to a giant roc grabbing for you! Run! Flee if you can! 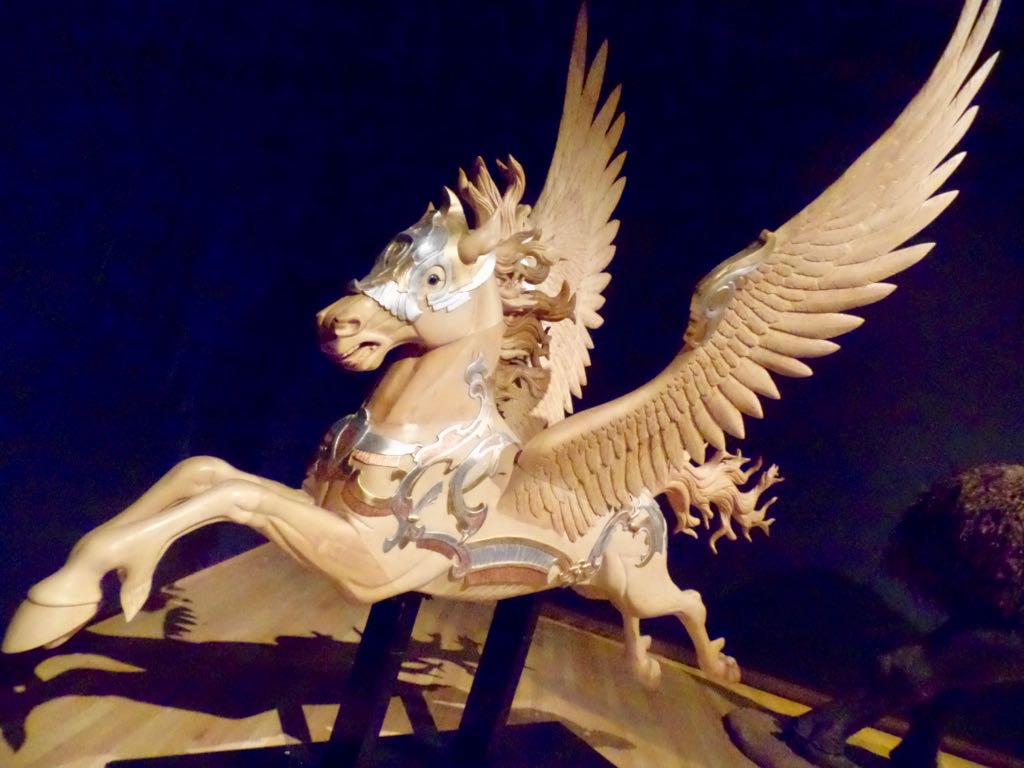 And now here's a fascinating figure: a carousel pegasus.

bunny_hugger's expert eye immediately wondered: who carved such a thing? 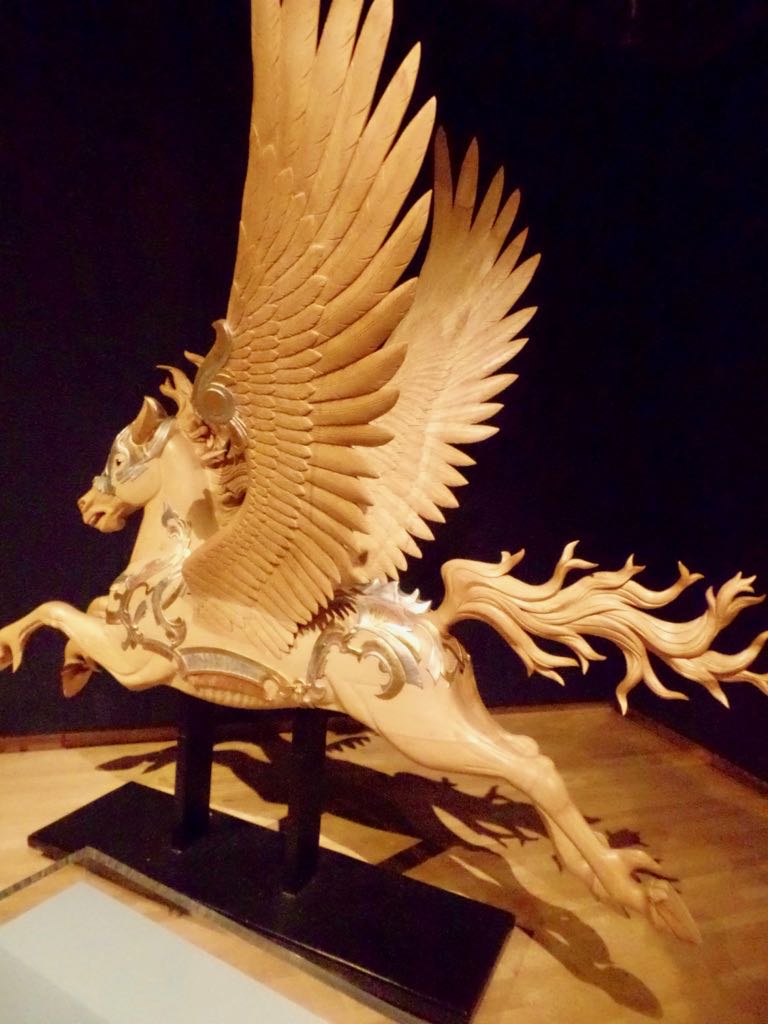 It was definitely not an antique. Golden Age carousel carvers just didn't do winged horses. But this left its mystery unanswered. 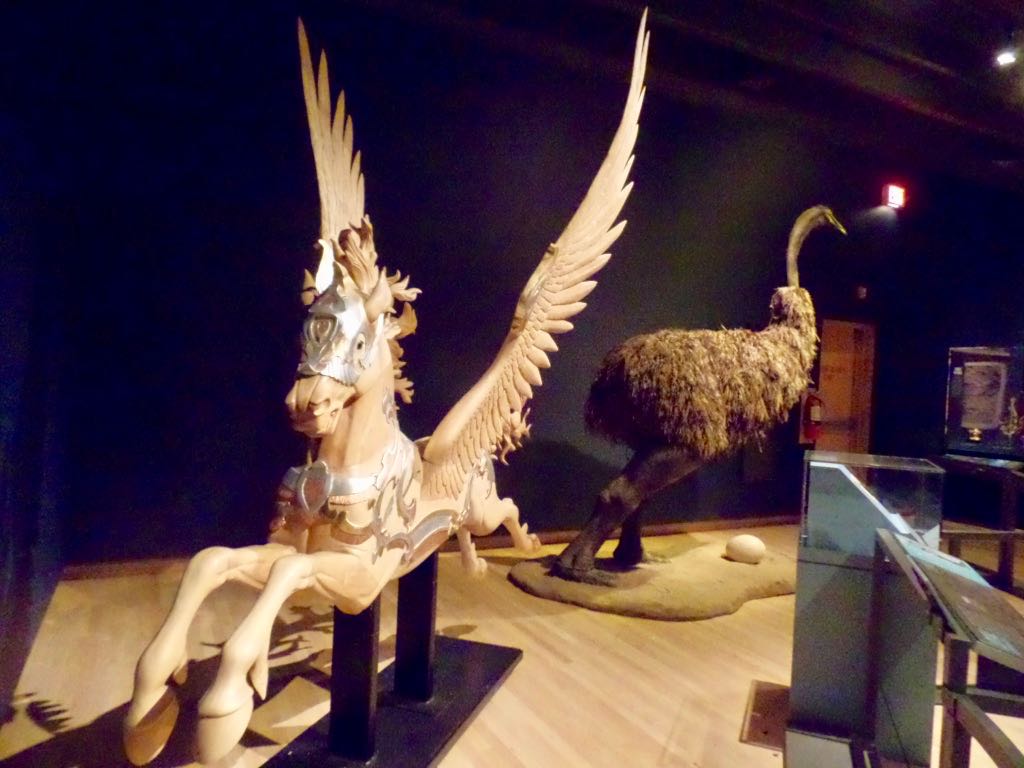 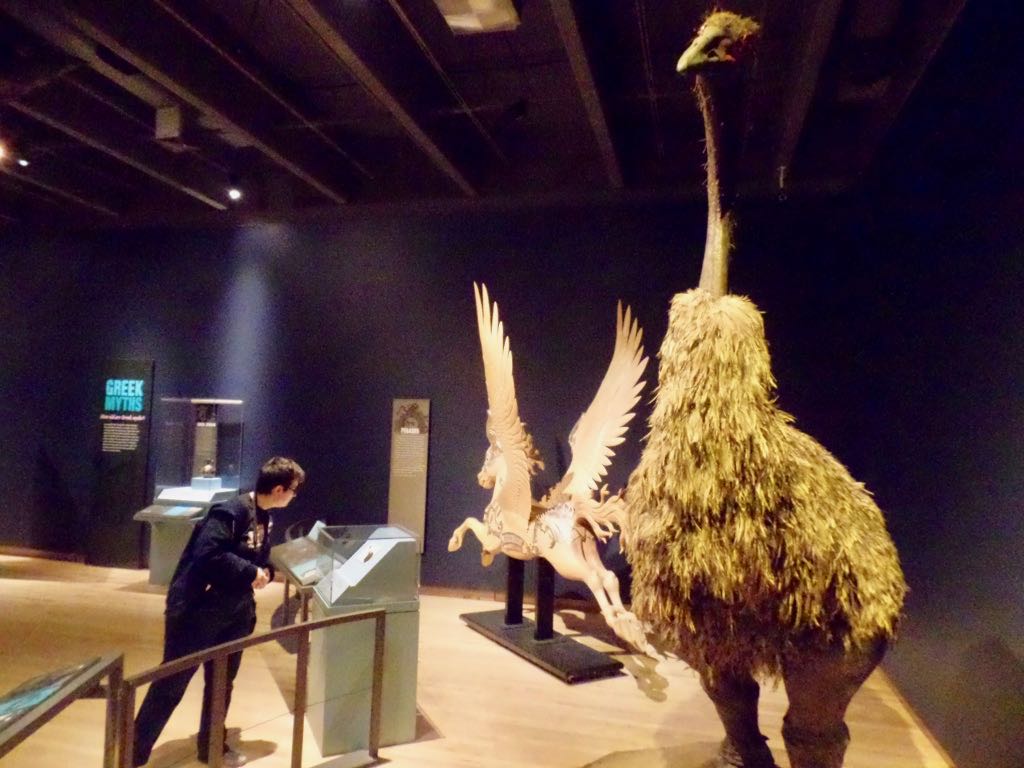 bunny_hugger is left unsatisfied to the animal's origins. But she speculated that it was not carved by (or for) a carousel enthusiast because there's no saddle. There's no way even in principle to ride the animal. My recollection is she recently found an explanation and that her hypothesis there was correct. 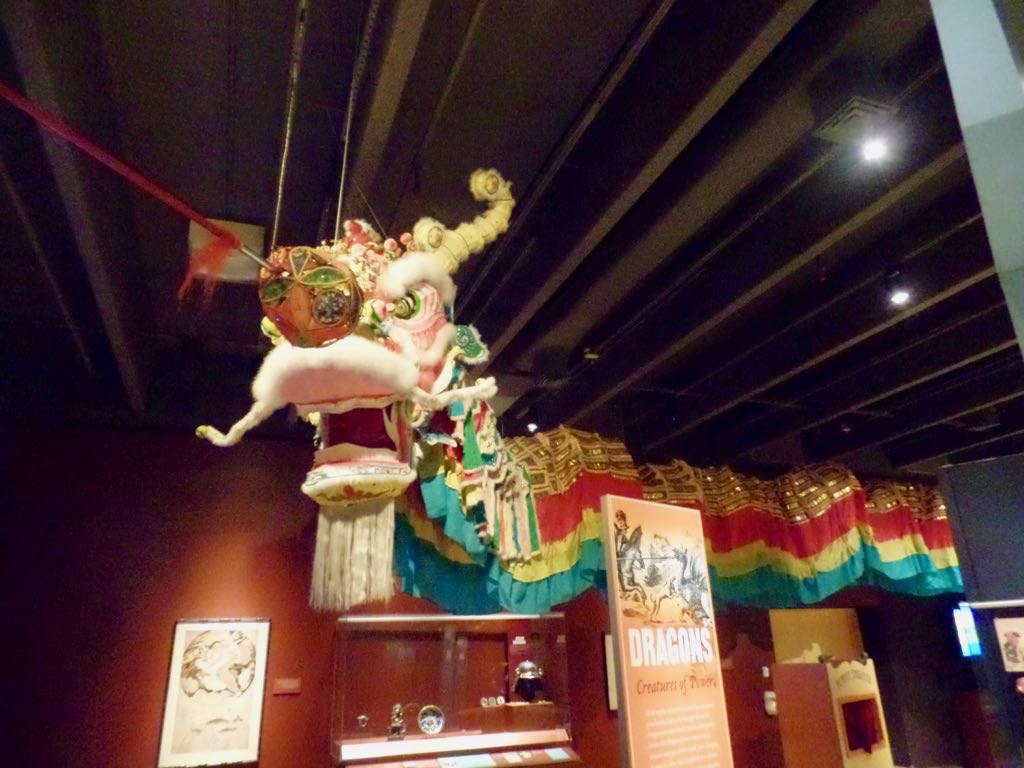 Chinese dragon, for the ion dance, with that ball held up in front to keep its attention. And notice the rainbow striping? I told you taht was coming back. 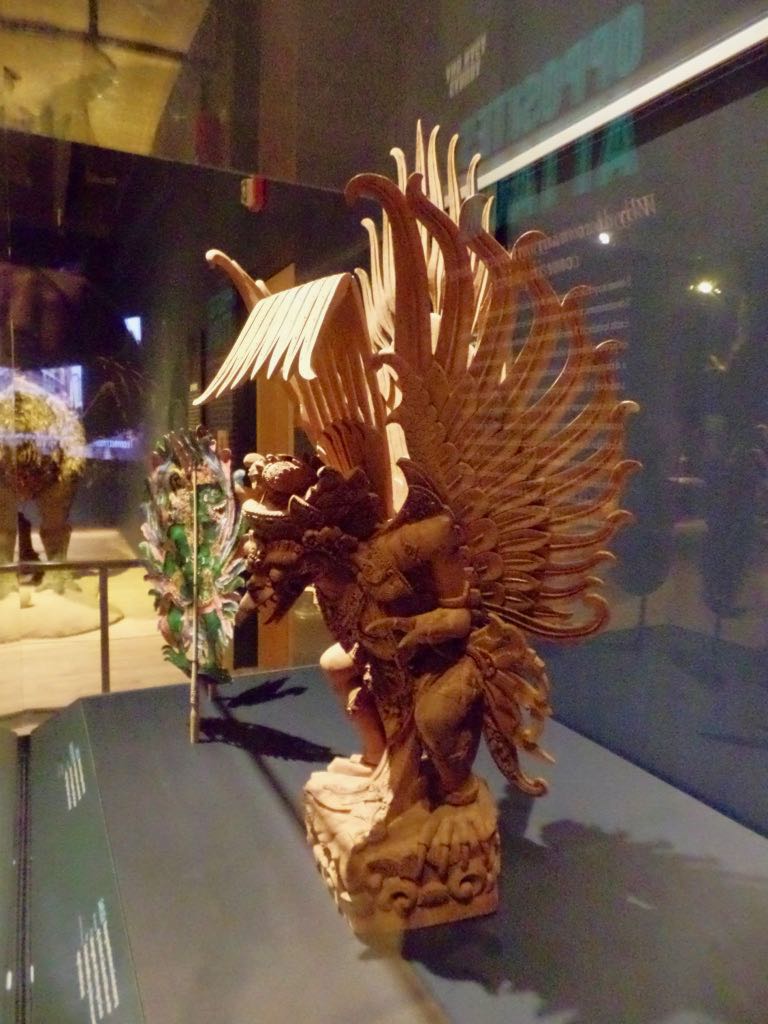 Cute little sculpture of some mischief-making animal with a name I now forget and can't make out from my photographs. I'm sorry, but I still like the looks of it. 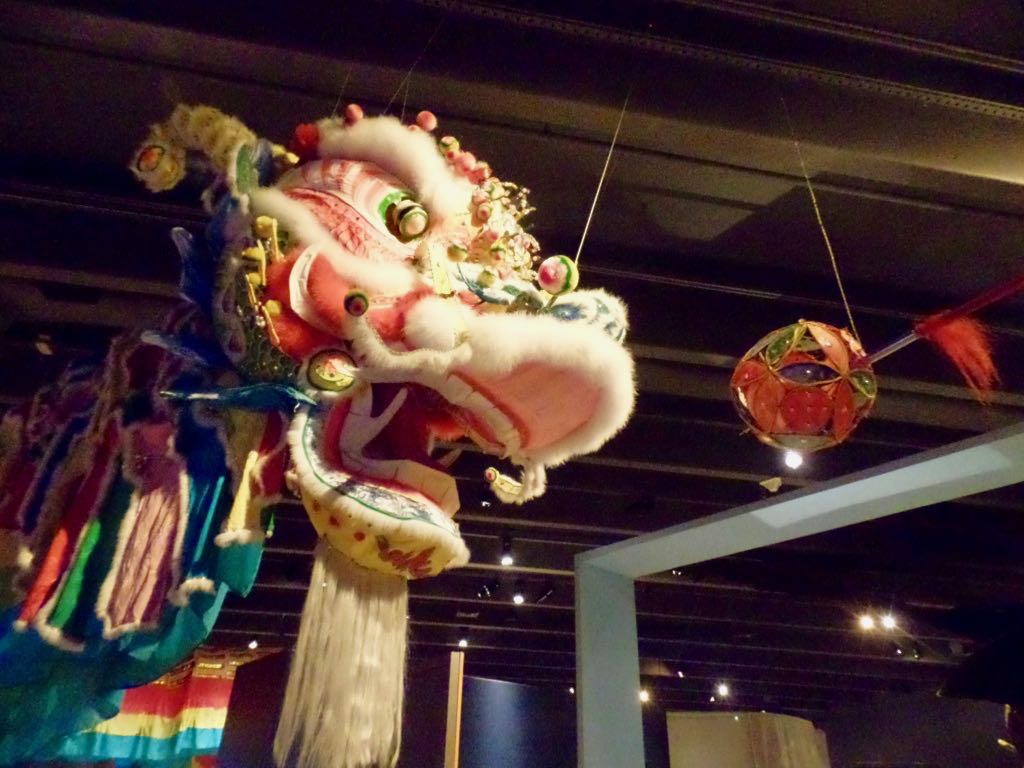 Better view of the dragon's head, with the ball now given its own chance to be seen. 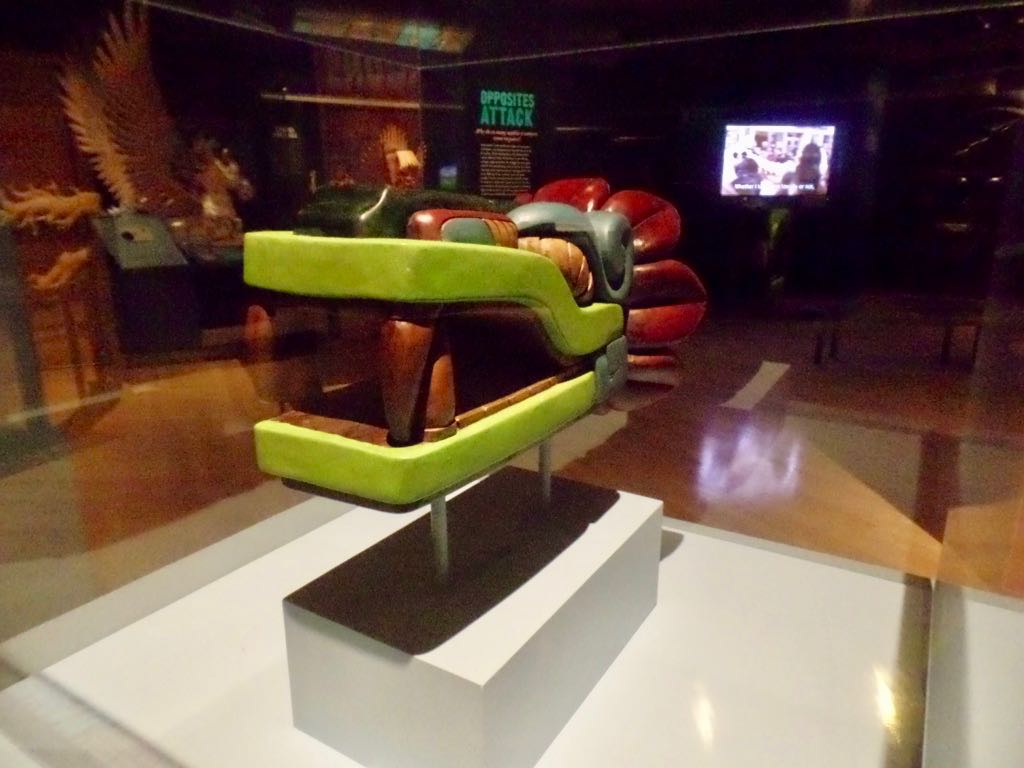 And what looked to my eye like an Aztec-style dragon head. In the background on continuous loop a TV explained the special effects for the forgotten movie Eragon.

Trivia: The Pennsylvania Railroad's stock reached a high of 110 in 1929. By 1932 it had fallen to 6½. Source: The Wreck of the Penn Central: The Real Story Behind the Largest Bankruptcy in American History, Joseph R Daughen, Peter Binzen.