You'll laugh and ponder on the years that roll so swiftly by, my dears

I wanted to start recounting our Cedar Point Halloweekends visit and I just haven't had the time to organize my narrative. So here's more photographs from the Grand Rapids Public Museum, which had among other things a display of toys through the ages. Yes, this includes the terror of realizing my childhood has stuff that rates museum exhibition. I can cope. Can you? 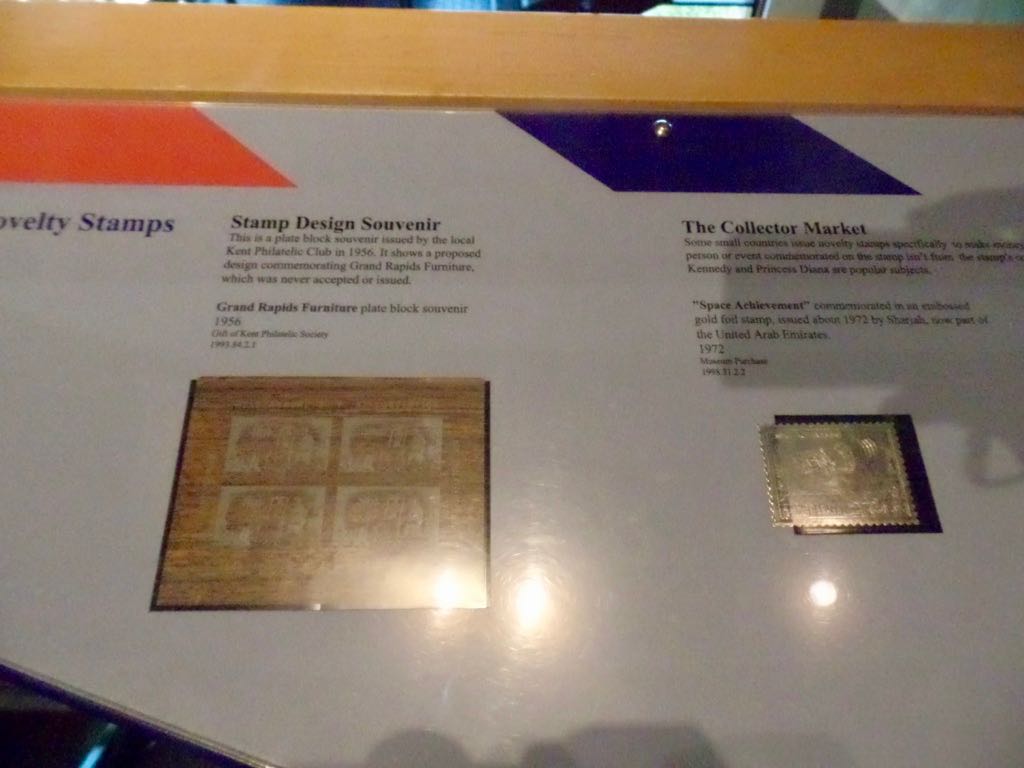 First, though, one of those stories tantalizing in its incompleteness. They had a plate block showing a proposed 1956 stamp series commemorating Grand Rapids's furniture industry. The stamps were never made. ... Why? What was made instead? What's the general process for getting a stamp to commemorate something? There's no telling. Oh, on the right is a 1972 space-achievement stamp issued by Sharjah, one of the United Arab Emirates. 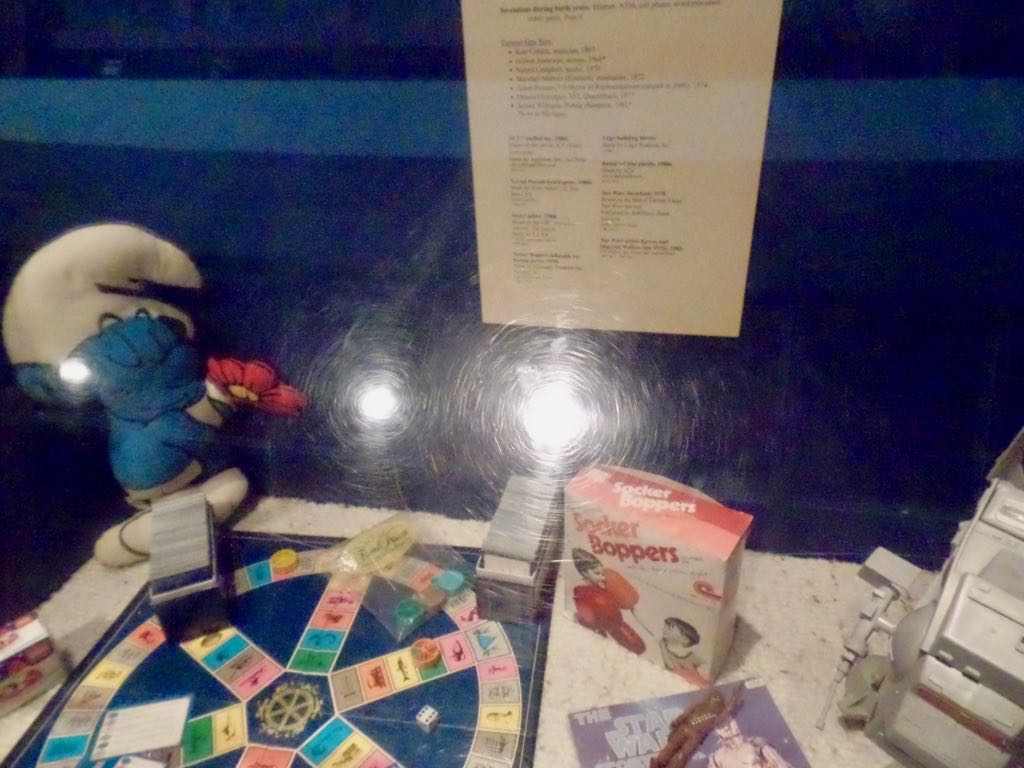 So I know, you're looking at this selection of toys and wondering: what could possibly make a more 1980s Toy set than this? 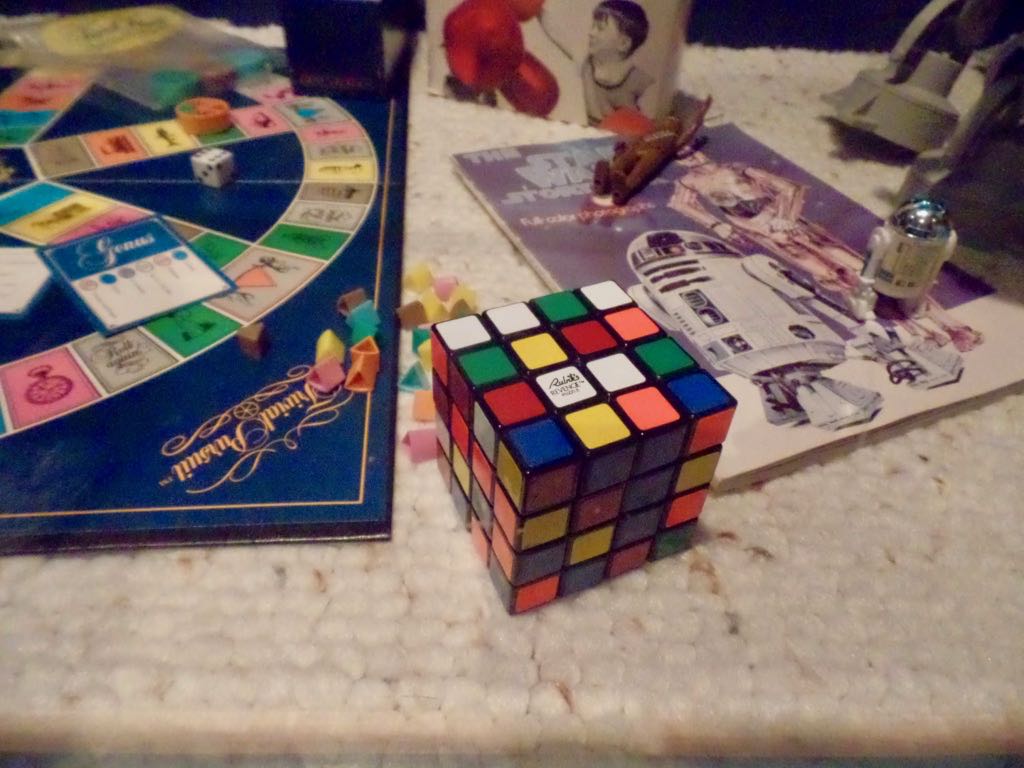 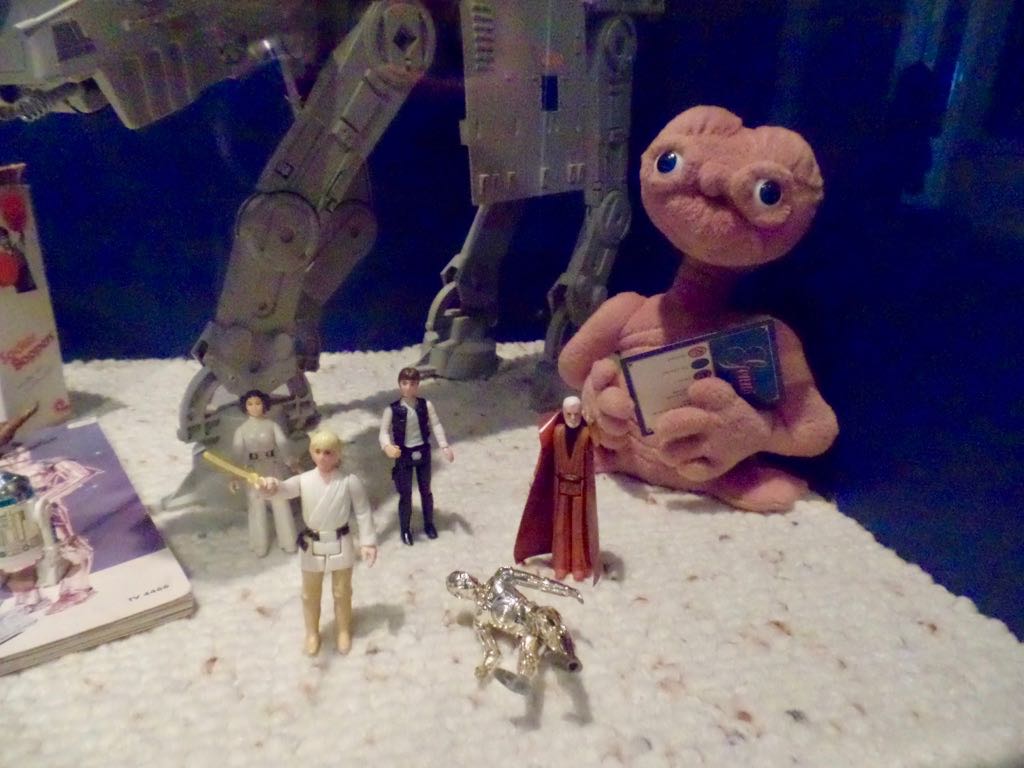 And, what the heck, let's have some of the Star Warses being menaced by a giant E.T. and his monster Trivial Pursuit card. I'm sorry not to have a good picture of what the card's questions or answers were. Going back a couple decades here's the 60s and hey, a Popeye-In-The-Box. Remember, it's not really a child's toy if there's any logical reason for these elements to be combined in this way. 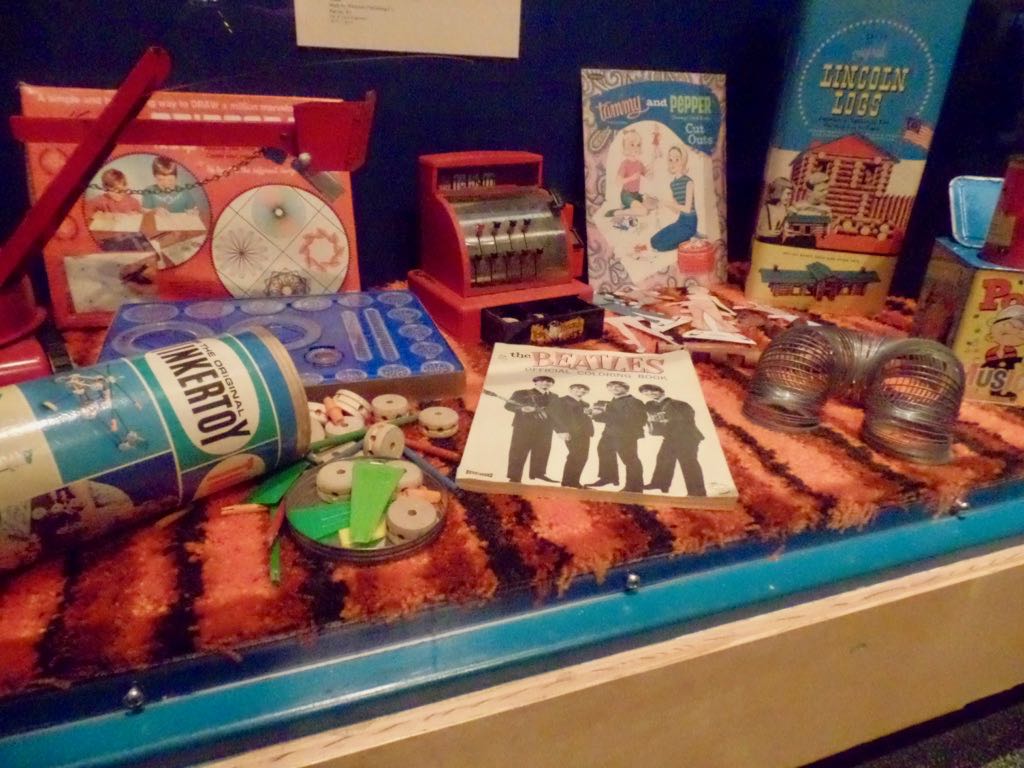 Besides the Popeye-in-a-Box of course the 1960s have to feature the Beatles, the Slinkies, Tinkertoys, and being disappointed by your Spirograph. 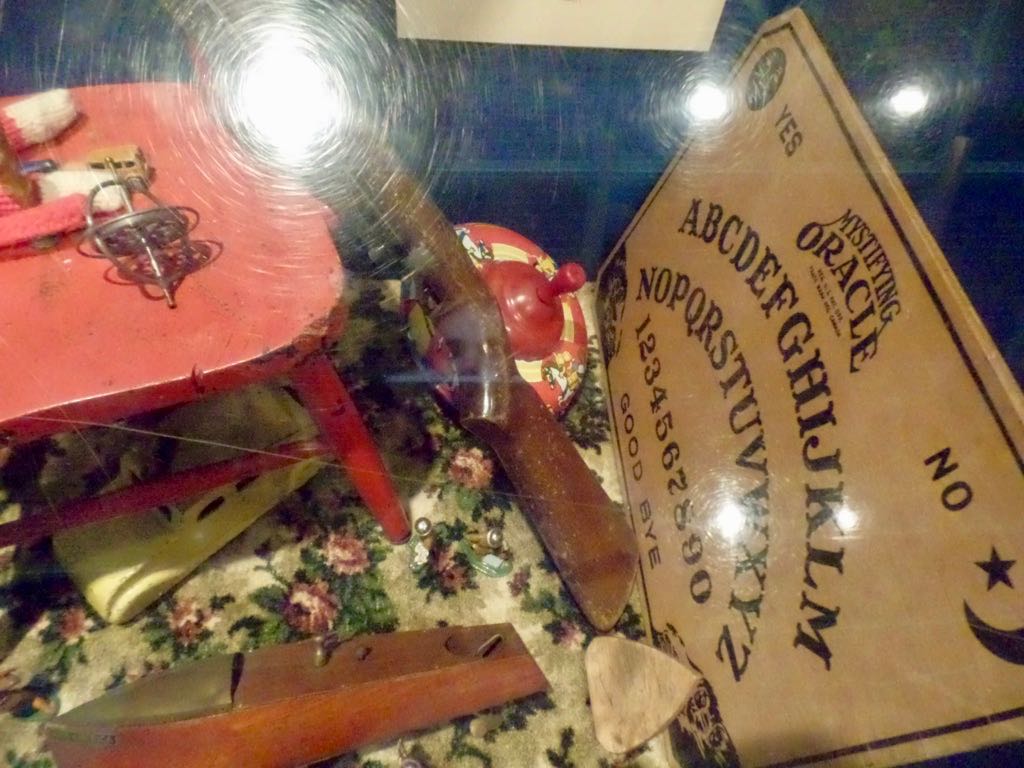 Going back a few more decades we get to the familiar toys of an earlier generation: spinning tops, guns, and communion with ghosts. 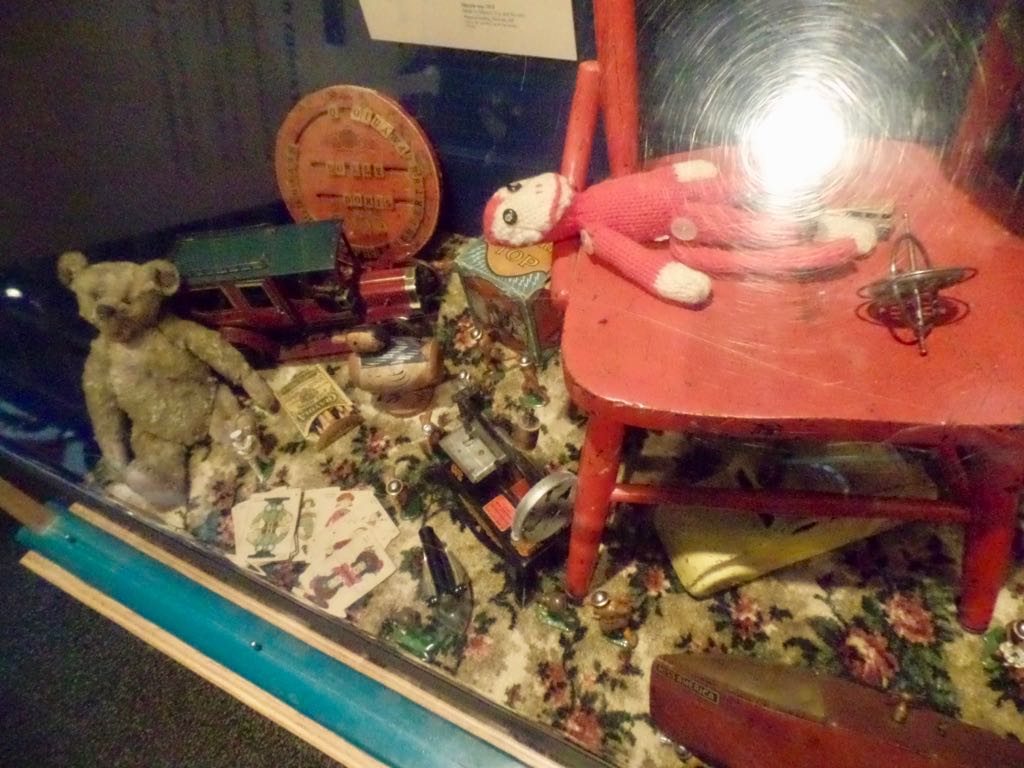 The wood and metal toys of I think this was the 1910s still look pretty good, if liable to hurt you. The dolls look more unsettling, although that might just be because of ancient padding losing its shape. 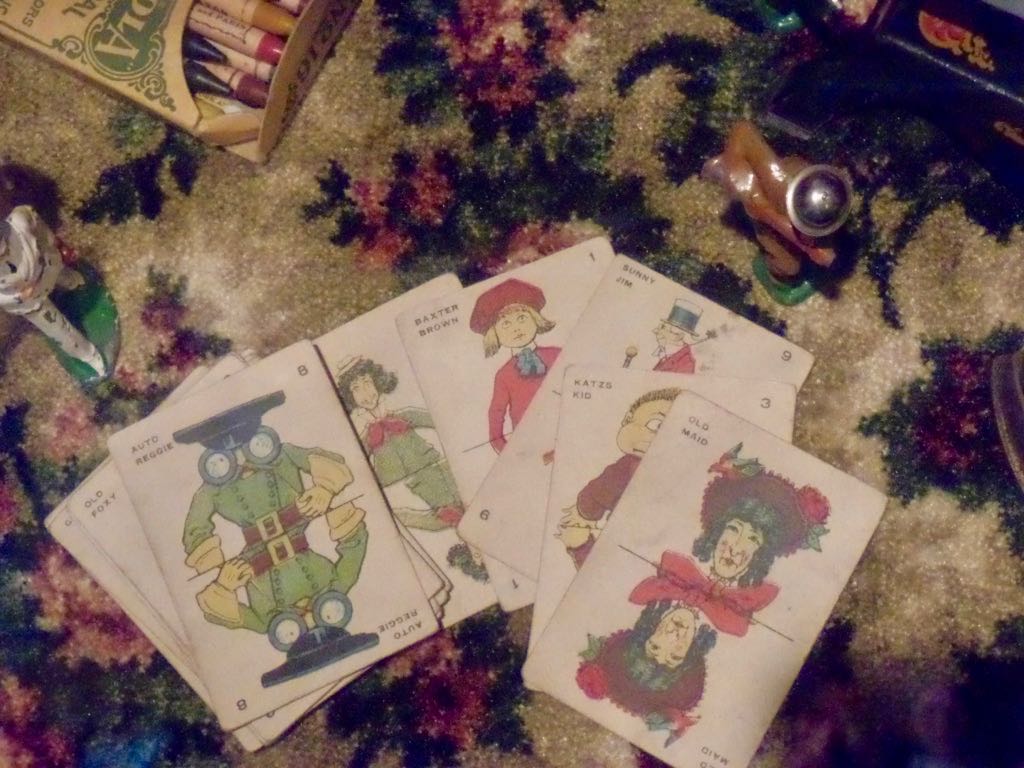 And oh, here's a bunch of playing cards that didn't pay for the Buster Brown license and OH GOOD HEAVENS WHAT IS THAT AUTO REGGIE THING?! 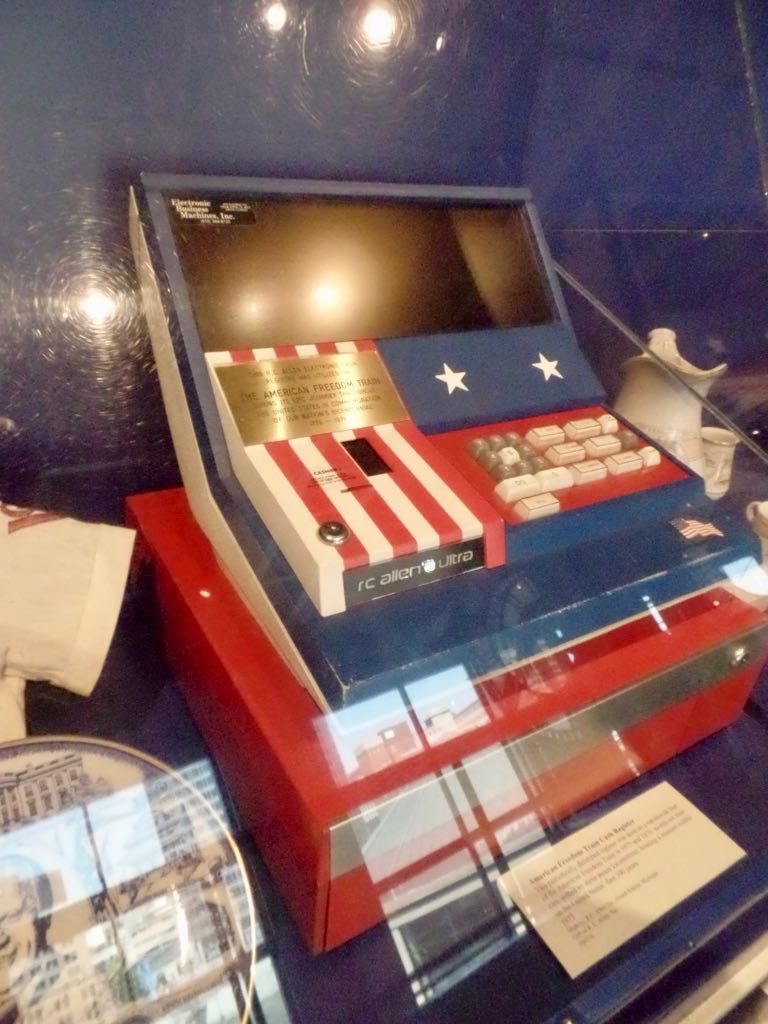 So here's a separate exhibit, a cash register from the American Freedom Train, a roving museum that celebrated the Bicentennial in that baffling way that everything for the Bicentennial went down. 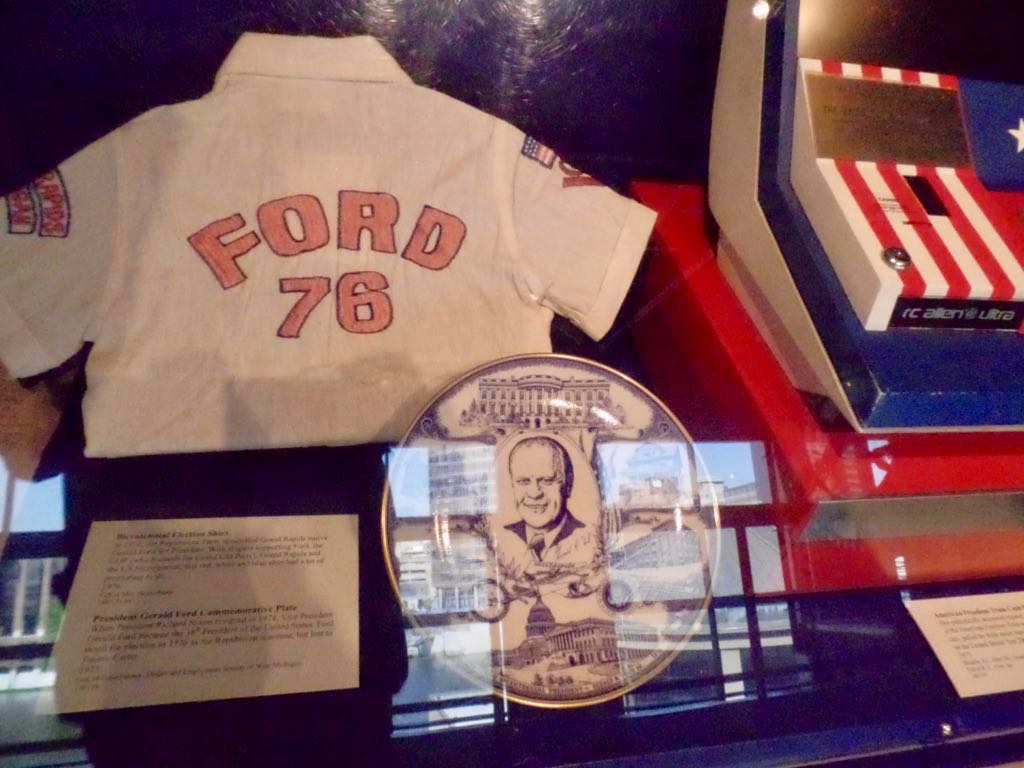 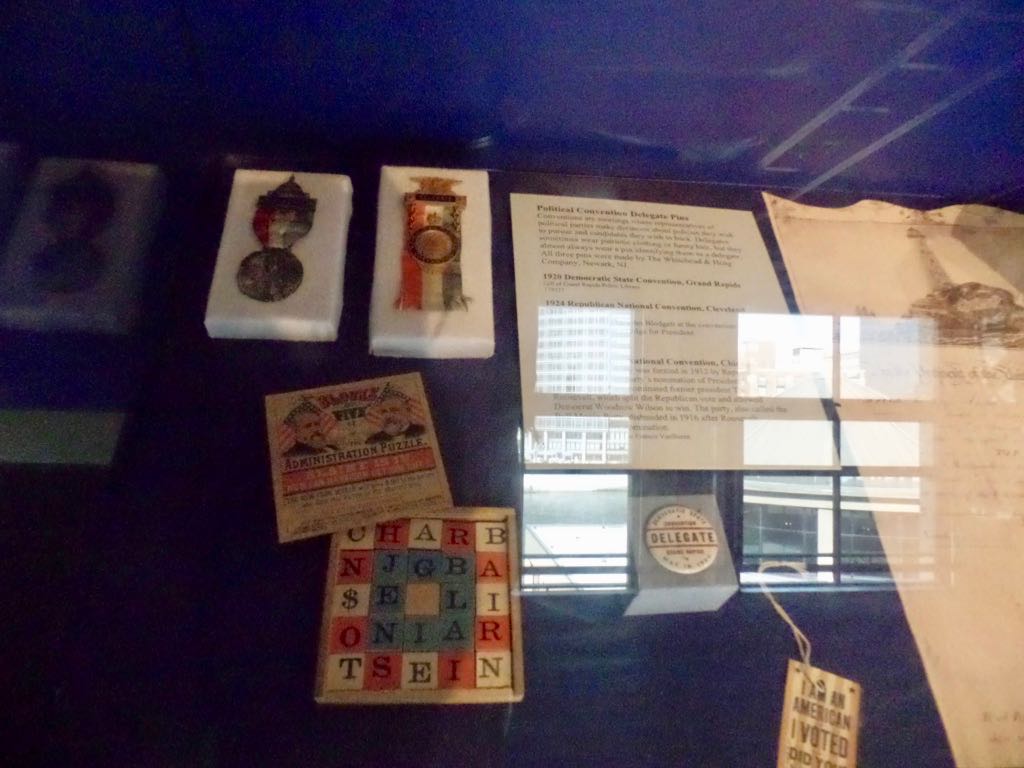 A couple more weird little old campaign and political memorabilia, including delegate pins and I Voted pins and a sliding puzzle from back in the days when you just weren't a respectable politician if you didn't have a beard.

PS: My 2019 Mathematics A To Z: Operator, with another essay that ended up about twice as long as I thought I would need. This happens.