Mmm, must be the season of the witch

We got back to our hotel room to find the bathroom stinking of pot. Which was not the relaxing recovery from a too-long car trip that we wanted. The people in the house next door who'd been smoking enough pot for us to smell seem to have moved out, but the smell was an unwelcome flashback.

bunny_hugger got rather tense about it and I insisted we should complain to the front desk, at least so that they would know not to charge us for smoking in our room. She didn't want to do that, and in fairness, leaving the bathroom fan to run a few minutes cleared the problem away.

Anyway we spent time thinking about what to do if this happens again. Yes, this was kind of a freak event, improbably good weather in late October. But, well, we've destroyed autumn. Halloweekends sunny and in the upper 50s are going to happen more and more. So we have to plan for that. We got to thinking of how to rearrange going to the Merry-Go-Round Museum so that we don't have to leave the Point on a day this busy again. And we have a couple plans, dependent largely on whether we'd be able to leave for a Halloweekends trip around 9 to 10 am on a Friday. This may not seem challenging but, you know, we're not morning people.

Finally we ventured into Cedar Point, which was packed, as you might expect. We walked around enjoying the spectacle of the park at night, and judging everything to be about ten times too crowded for us to go on any rides, but that's all right. we didn't have the urgent need to ride anything particular. We did go to the railroad, as something that would be ridable and let us see much of the park including the scenic displays set up for Bonetown or whatever they call their skeleton-based Old West town. This was the biggest line we'd ever seen, or could imagine, for the railroad. It was running two separate trains, too, something done on only the busiest days and a source of great delight to trainspotters. Also, Cedar Point attracts trainspotters. They have five locomotive engines and they are real, full-size ones built originally for industry. At one time three could run at once, but changes in the track have made more than two impossible to schedule.

We took a full circuit on the train, giving us the chance to be riding instead of walking. It left us back at the front of the park, though. And in a good spot to go to one of the shows. Midnight Syndicate was back, again doing gothic mystery music while a ghost story played out on the screen and stage. This one was about an obsessed artist working with mannequins while grieving his murdered wife, and he sees a poster for a kind of incredibly lifelike paint and you know where this is going. The story was all right, although we both agreed that it didn't quite work for us. I think one problem is we never got the sense that the artist had transgressed in some way. Like, if he had gotten obsessed with thoughts of his dead wife, all right, but all we could see was him learning of his wife's murder, then still grieving. Was it a week later? A month? A year? No clues given and, really, we don't see where he has too much of a reaction. Or where he deliberately chooses to do something offensive to the laws of nature. So we felt unfortunately underwhelmed by the experience.

This got us to about 10 pm, though, and we got a dinner of garlic-and-parmesan French fries. And with the hour getting later we started thinking we might even actually ride some things, like the lower-volume and higher-capacity stuff like the merry-go-rounds. The Kiddie Kingdom carousel was already closed for the night, but the Midway Carousel and the Cedar Downs carousels were in good order.

Somewhere we heard someone claim that the line for Magnum XL200 was surprisingly reasonable. On investigation, yeah. It was only something like twenty minutes, a wait we were happy to wait. On getting to the gates we heard the ride operator say, ``And look there, coming up the steps, it's Donovan.'' I assume this makes sense to the ride operators. I answered, ``Donovan? I love Sunshine Superman,'' that being the first Donovan song I could think of and hoping it was Donovan. This led

bunny_hugger to comment how she hated There Is A Mountain. This earwormed herself for the rest of the night. Oh, also Magnum was running fantastic, and our seats, in the middle of the ride, gave us a really satisfying amount of zero-gee time on the smaller hills.

We had, earlier, seen the Gemini racing coasters running. And running two trains on both the red and blue hills. This is great, for capacity and for an experience. We figured that would be another ride with a modest queue for the circumstances. Perhaps it would have, but when we went up the ride was gated closed. There was no explanation; they'll never explain why a ride is closed or how long until it'll reopen.

Outside the ride was a park emergency vehicle, lights flashing, that stood for a few minutes and then pulled out heading towards the secret staff areas of the part of the park. We do not know that there's a link here. The next day, we would see the red train running --- two separate trains --- but would never see the blue train running. We also do not know that this is connected to Gemini closing early on the allegedly busiest day in park history.

With the night nearing its end there were two rides it would make sense to consider closing on: Steel Vengeance or Maverick. Steel Vengeance had a posted wait time of three hours which, uhm. No. Also they have a wait time sign that goes up to three and a half hours. Wow.

So instead we went --- well, not to Maverick. To one of the gift shops in the Frontier Town area, one of those that we always overlook. It didn't have stuff we really wanted. But it did have a neat variety of your old-time vintage toys, the kind of thing we see at Crossroads Village or the Old Time Toys section of World Market. Also shelves full of vintage tins from the kinds of general store where they didn't let you pick stuff off the shelves yourself. We spent a fair bit of time just photographing that stuff and wondering when Cedar Point got it, and what for.

Then we got into the line for Maverick, which promised to be around an hour. It moved at a fair pace, and as we expected the park closed while we were in it. We were closer to the end than we realized, too. After our post-closing ride we saw there was almost nobody left in the queue. Which seemed impossible, until we did the arithmetic: Maverick was running six trains, each carrying twelve people. We had got into the queue at about 20 minutes before the park closed so if three people joined the queue each minute? There'd be enough capacity to empty that line before we got back to the station.

The ride operator then said the happiest words you can hear at a Cedar Fair roller coaster: if there were no one waiting for our seats, we may stay for another ride. No one was waiting for our seats, so we got the rare re-ride. And rode one of Cedar Point's three most popular roller coasters twice, while in the park for four hours, on the Busiest Day The Park Ever Had. If you believe the retroactive press.

Dang but that was a great way to close out a sometimes trying Saturday.

Trivia: The Cassini probe's first Venus flyby passed about 284 kilometers above the surface of the planet. Source: Mission to Saturn: Cassini and the Huygens Probe, David M Harland.

PS: My 2019 Mathematics A To Z: Quadrature, one of those ideas that's been around forever but that we don't need to talk about anymore.

PPS: A few last glaces around the Grand Rapids Public Museum as that closed for the day. 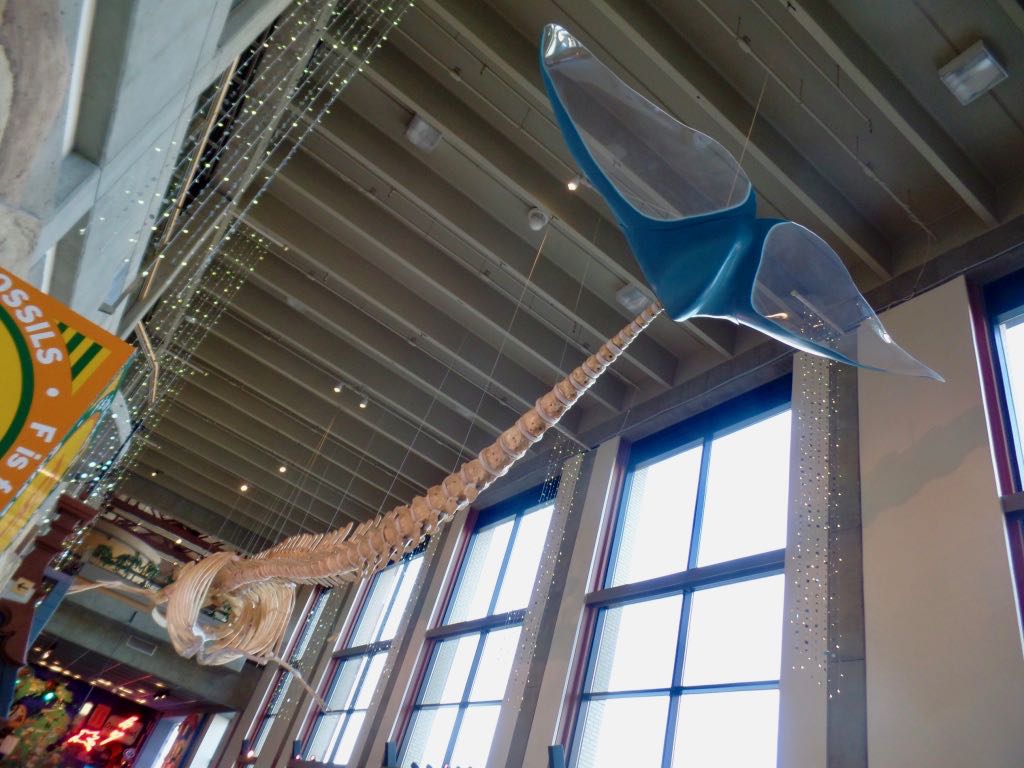 Skeleton of a whale hanging in the great open space of the Grand Rapids Public Museum. 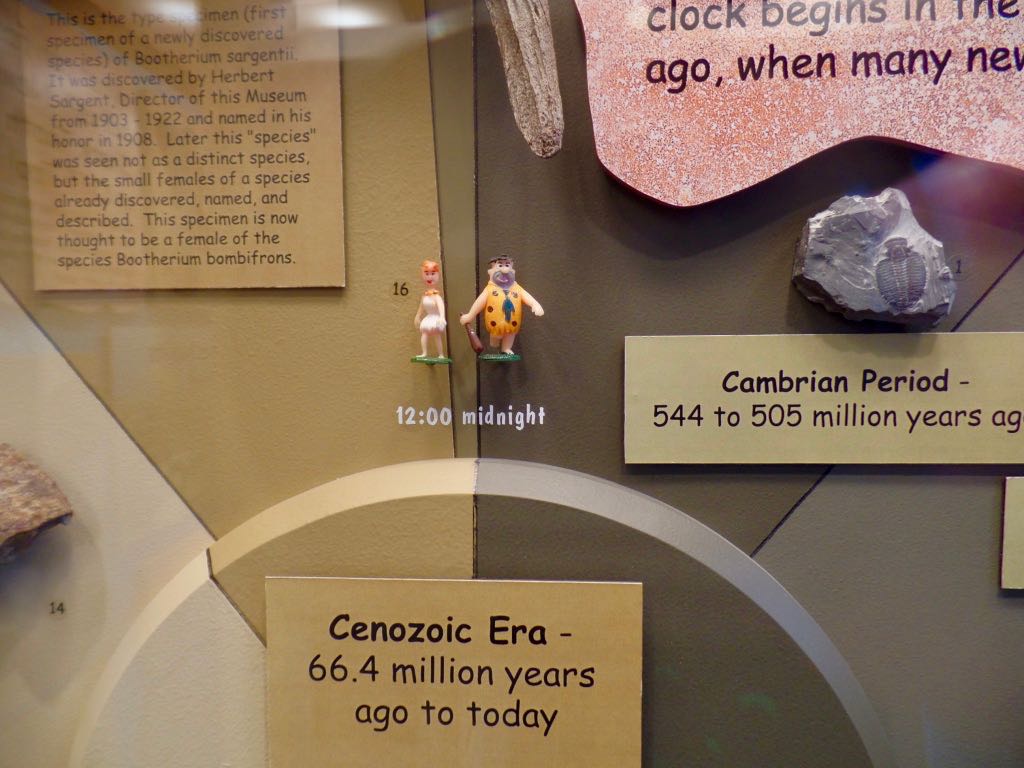 They have a geological clockface showing various eras of the Earth's history, with the present day represented by these Flintstones dolls. 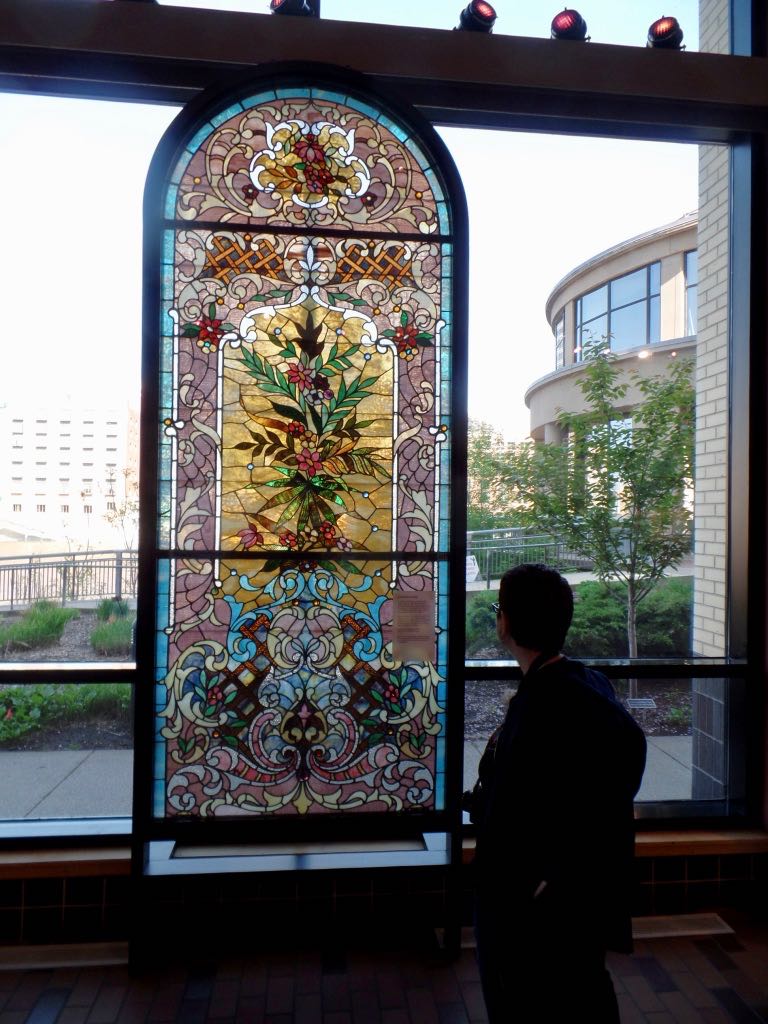