I finished off another week with my mathematics blog. And a full week at that. Here's what I published:

I didn't have time to write a recap of the plot of The Amazing Spider-Man. I'll get to it soon. In the meanwhile, please enjoy pictures from the Anthrohio 2018 Saturday, mostly around the fursuit parade. 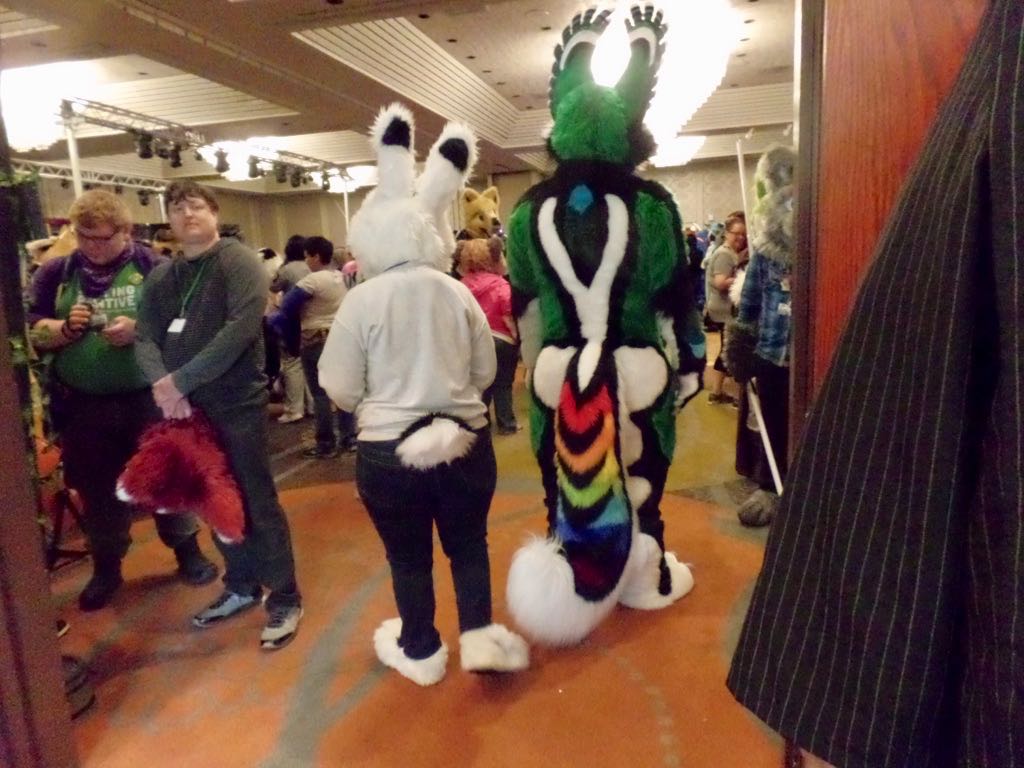 bunny_hugger entering the ballroom to gather for the parade. 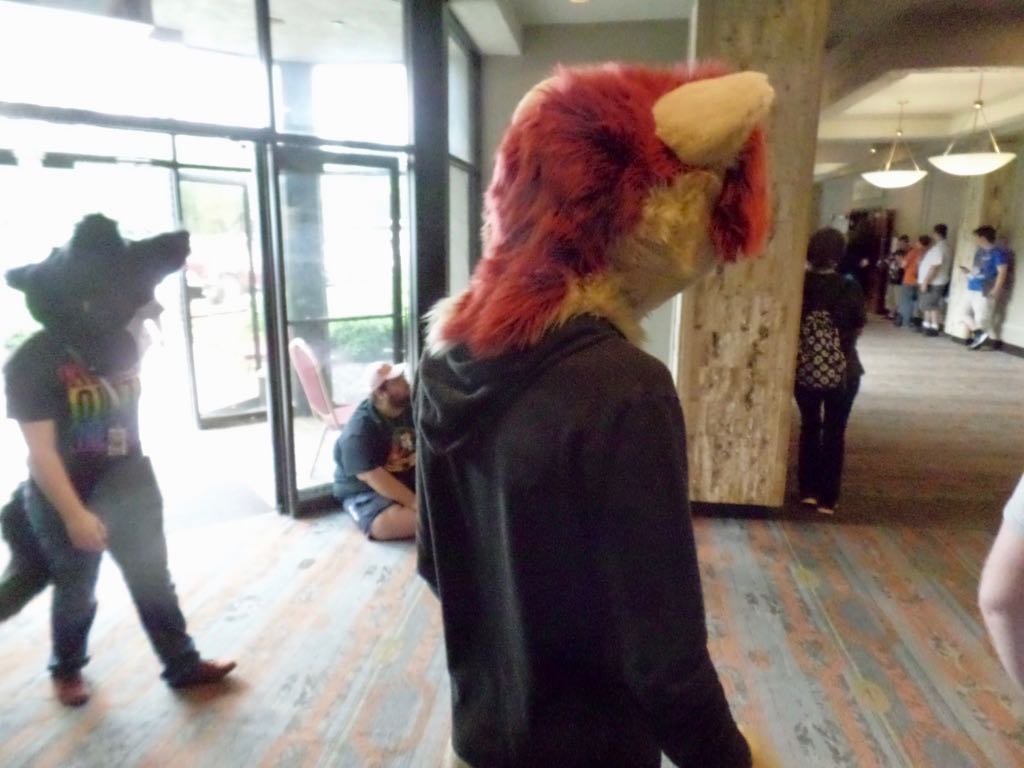 I squatted into a place here, near the back entrance of the hotel, where I guessed the light would be good and the parade would have to walk past me. 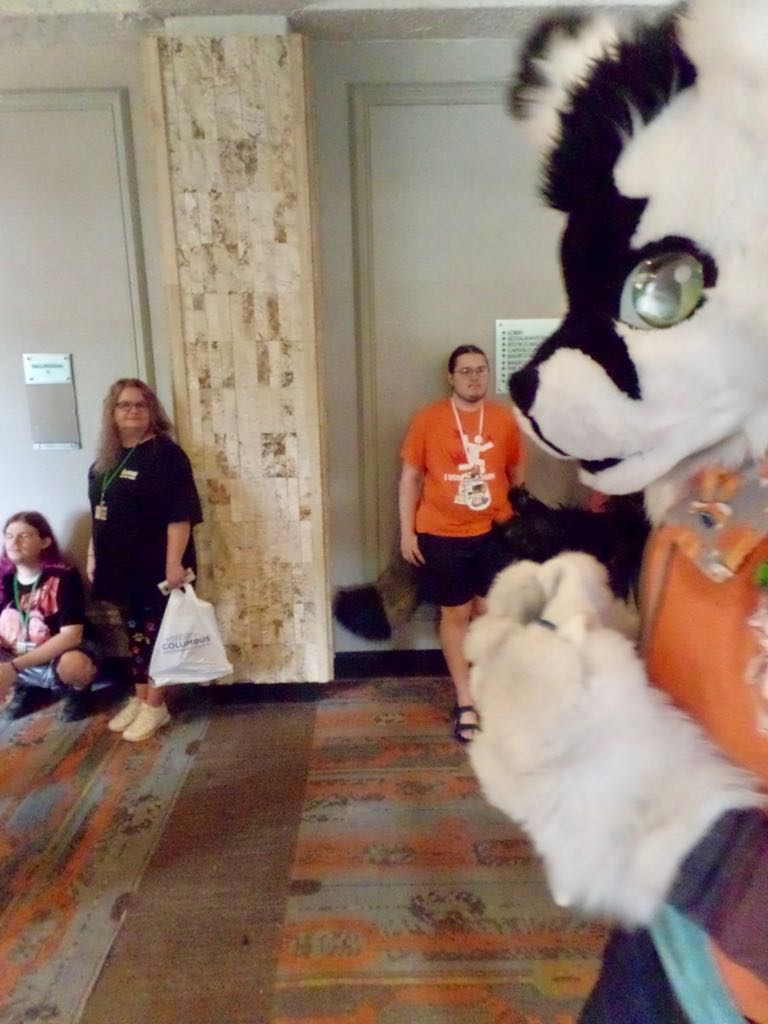 More fursuiters gathering. I love the (modest) depth of field this picture. 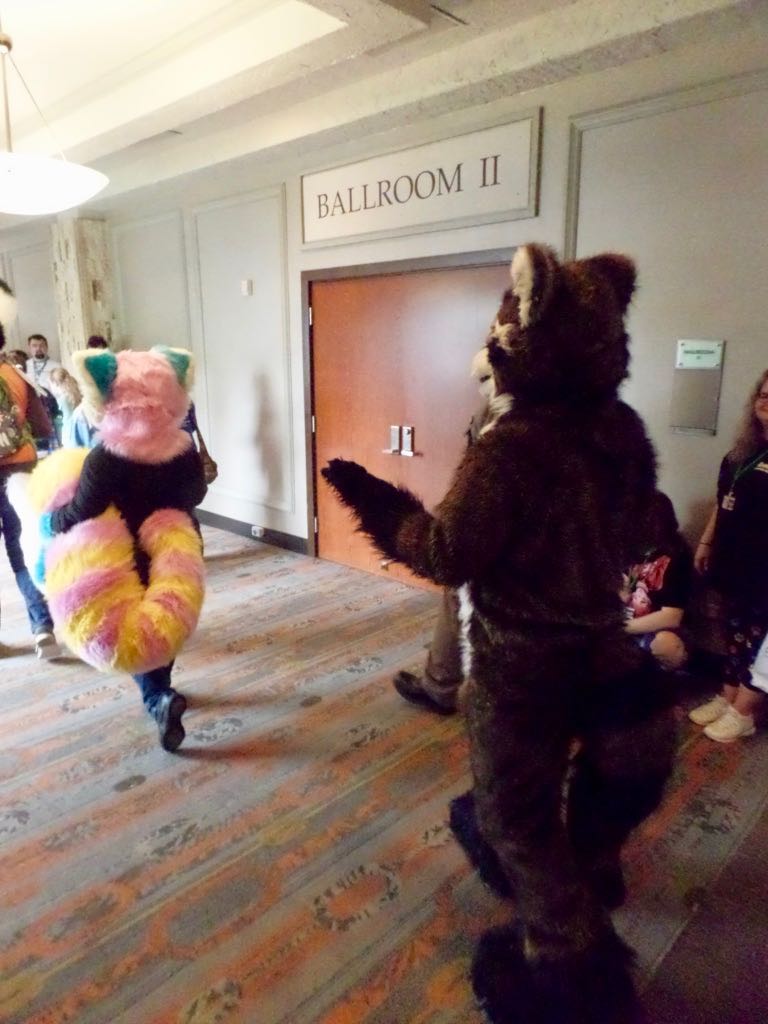 Not to worry: there's raccoons! Not only are there raccoons, but there's long ringed tails of many kinds. 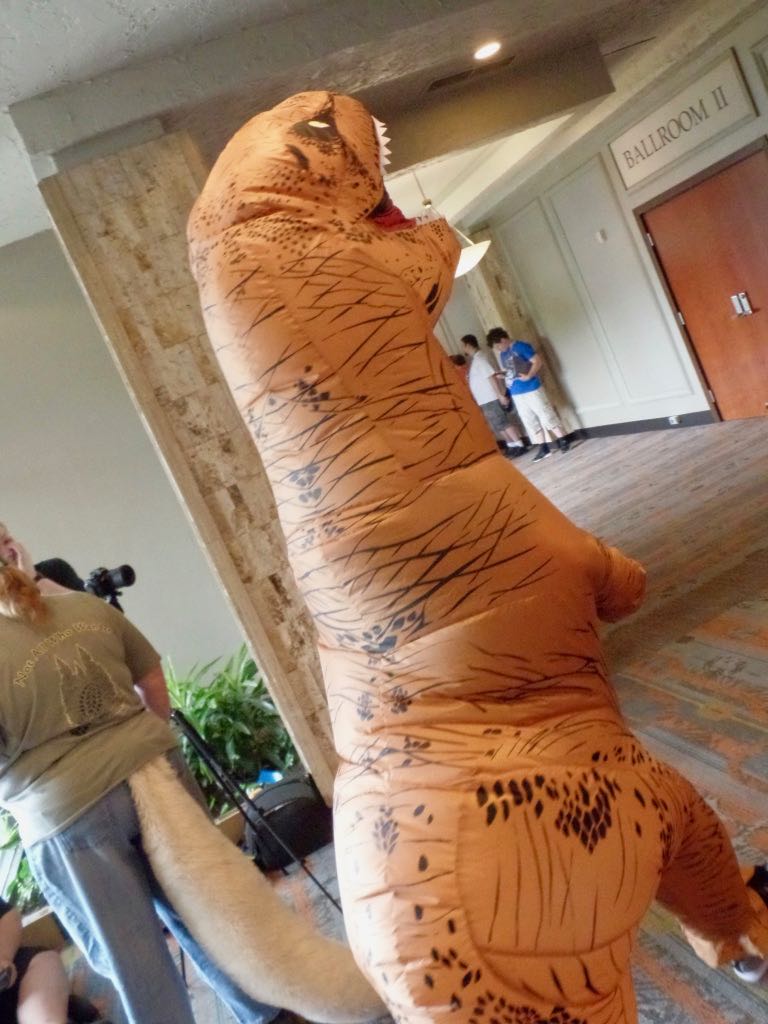 So here's your nice classic modern fursuit, someone fuzzy and gelato-colored. 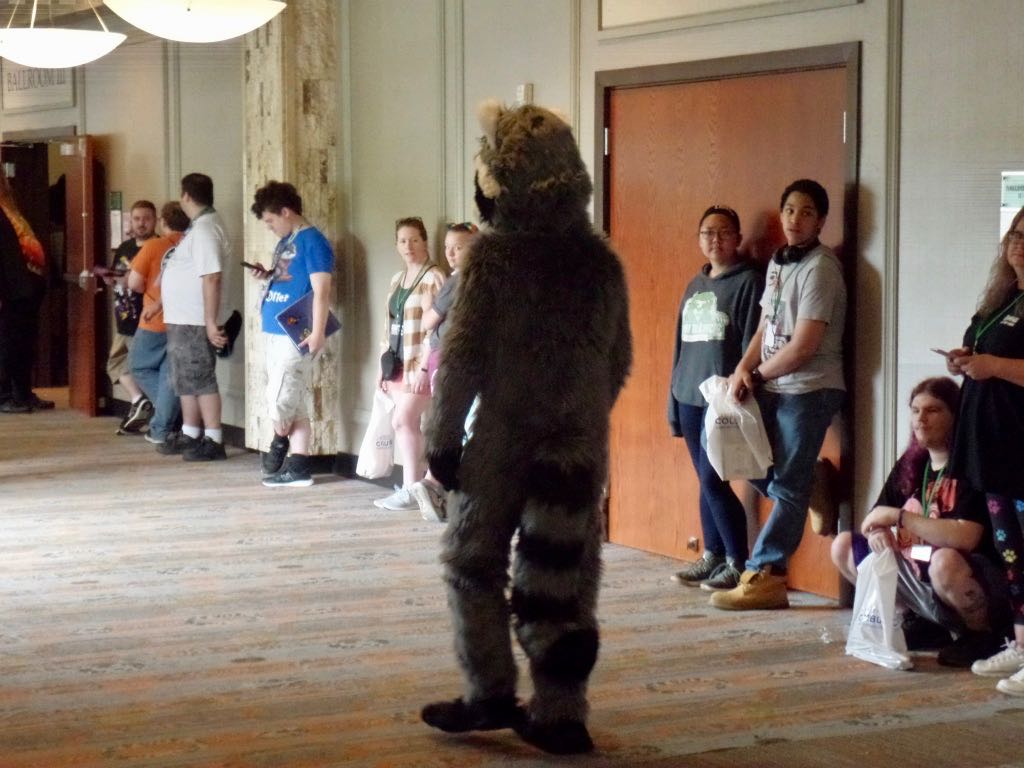 The rare picture where I've got someone mid-step and it's not all blurry and awful. The photographing site was great even if the picture is backlit for grey suits. 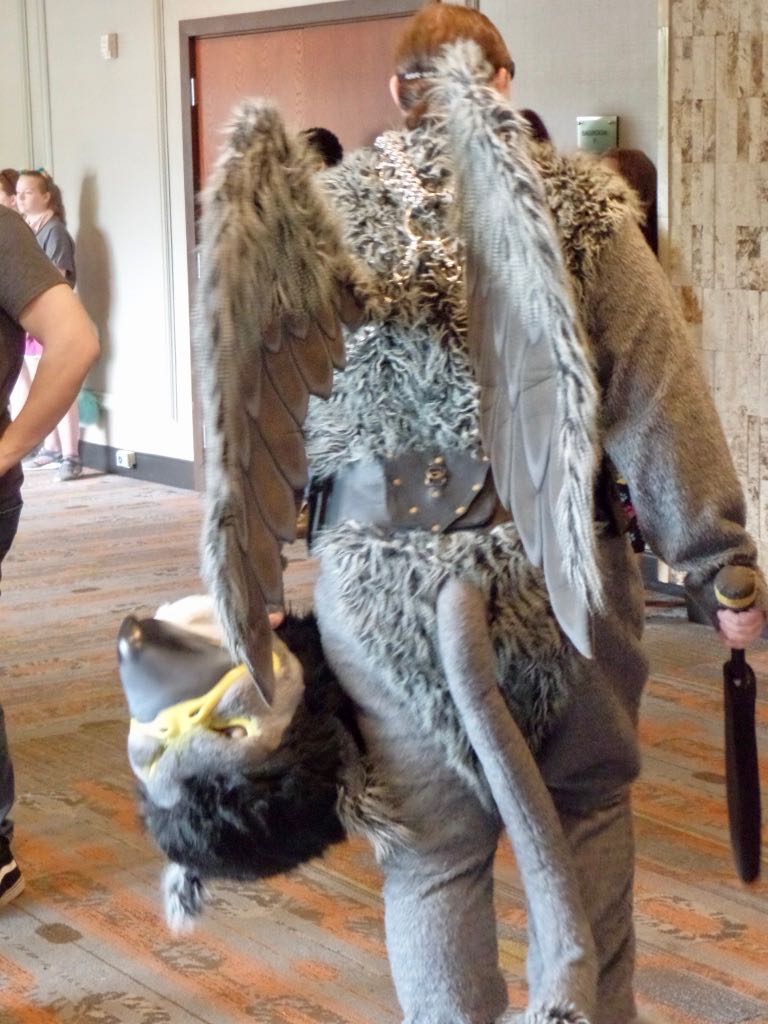 Sometimes you'll meet a gryphon who isn't up to navigating an unfamiliar hotel with the head still on. 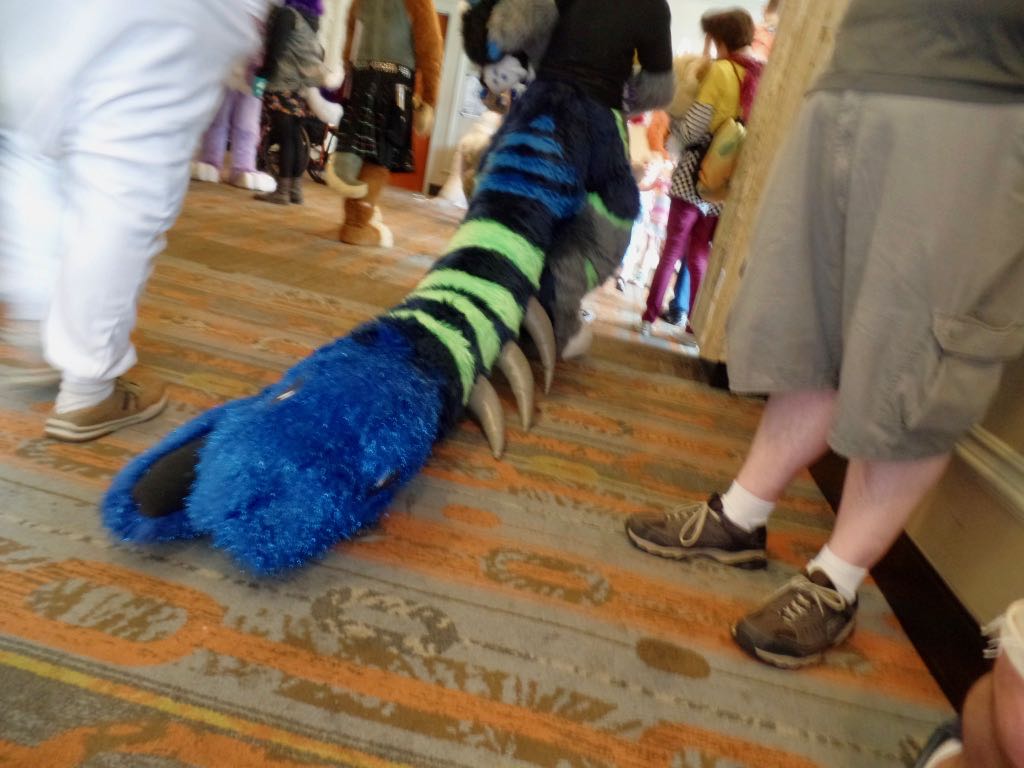 Oh, wow, suddenly we have tailmaws in suit now. 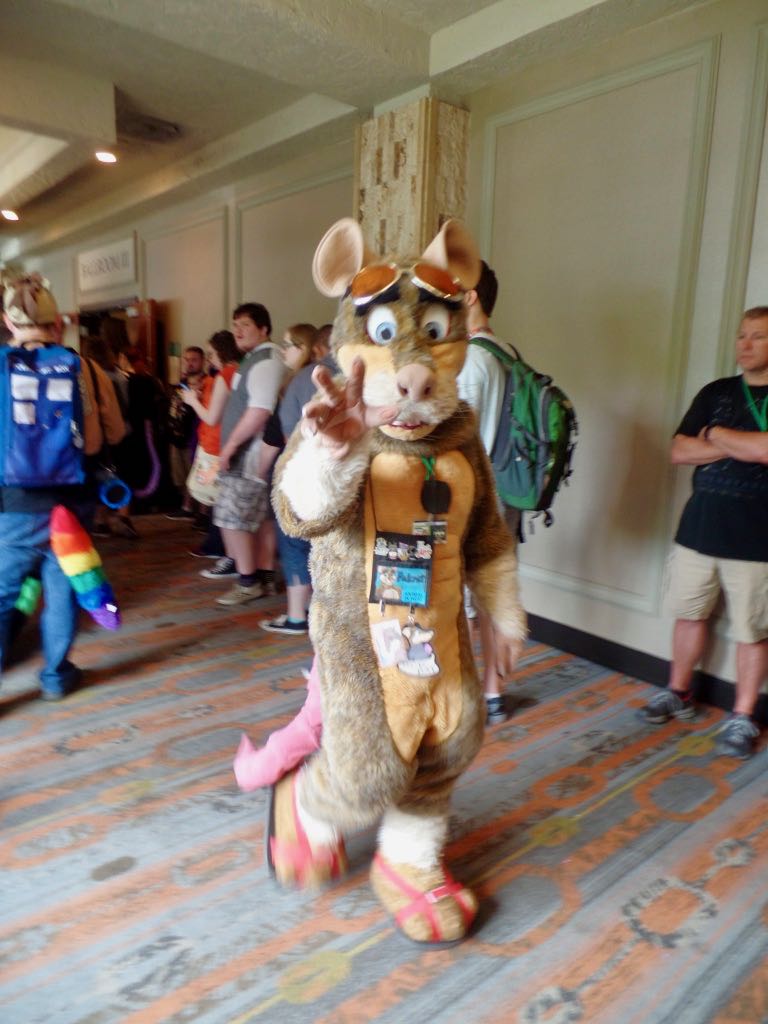 Unidentifiable rat character who acts like he recognizes me or something, I don't know what to make of it all. It's sad but it's completely impossible that we could ever know who Pakrat is. 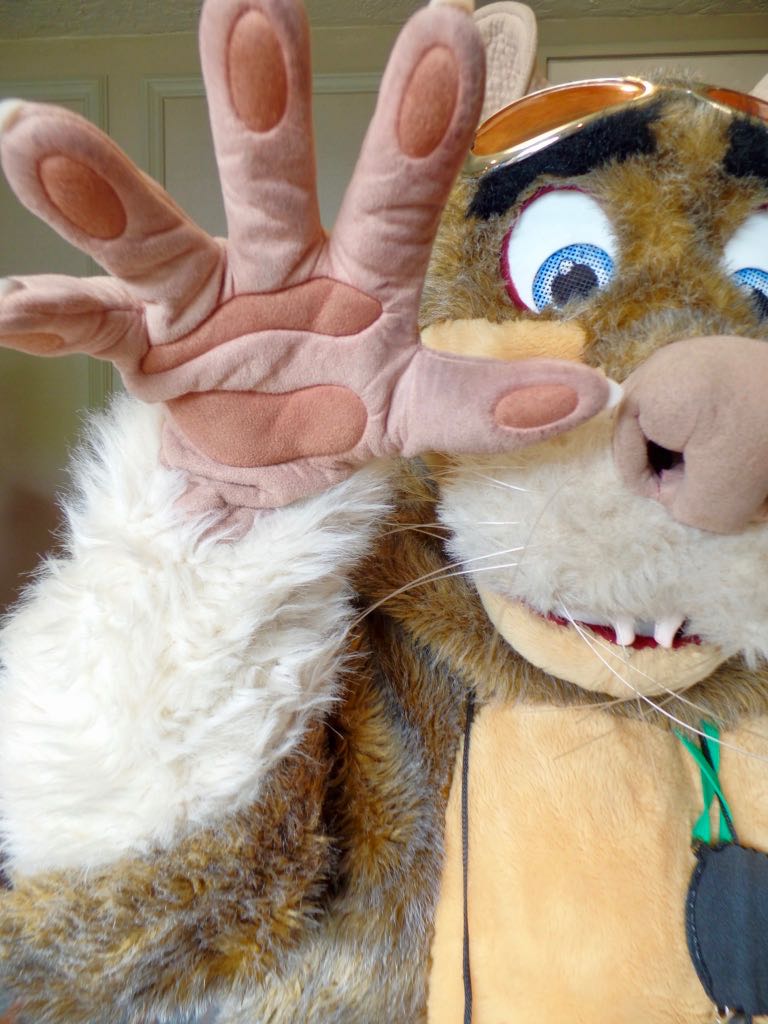 AAH! HE'S COMING FOR ME!

Trivia: Enos, the chimpanzee that orbited on the Mercury/Atlas-5 test flight, died at Holloman Air Force Base on 4 November 1962 of shigellosis, a form of dysentery. Source: Animals In Space: From Research Rockets To The Space Shuttle, Colin Burgess, Chris Dubbs.