Cause if a mouse can be special, well so can you

bunny_hugger. Thank you for spending this past year of your life with me.

Also, if you're looking for an update on The Amazing Spider-Man's plot, it's here.

So, we adopted a blur. 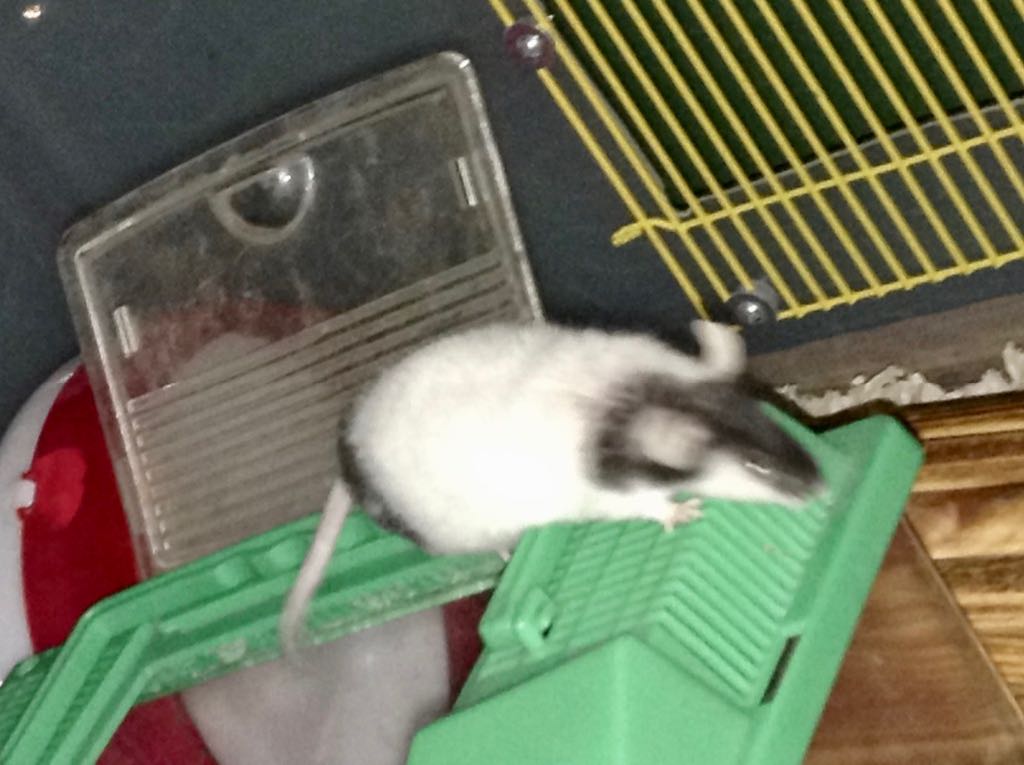 It's a mouse, properly, of course. The rescue from which we adopted Stephen and Penelope got an extremely pregnant mouse dropped off in their laps. The mouse had a dozen babies and the rescue thought hard about who could possibly take any of these mice. Male mice are particularly hard to adopt out, since they stink, and they won't put up with another male mouse being nearby. And if they're not neutered, you won't want to put up with them having a female mouse nearby. Well, they neutered all these mice, incredibly. And thought of us as someone who might take one or more. We negotiated down to one, on the supposition that even if the males were neutered and brothers, their best chance, they still might not put up with each other existing.

The biggest sticking point was his cage. The rescue director absolutely positively will not put up with Habitrail cages. We have wire cages with Habitrail components. The director wanted us to make an aquarium-style cage, one that you can make by using a broad plastic bin and cutting out windows. Then cover the windows with bars, screwed to the plastic. We couldn't quite figure how to do this. The director finally said that we could borrow the plastic bin that they were keeping him in already, until we could set up our own cage.

And so yesterday we made the long drive out to the rescue and met the mouse. He's a very sociable mouse, at least with humans; other mice, not so much. He was comfortable just about right away when we picked him up, too, and buzzed adorably for almost all the time. We shared talk about past mice, and rabbits, and other animals for a good hour or so, and then took him home.

We've set his bin up on top of Sunshine's hutch. This has forced us to move an accretion of rabbit-related stuff off the top of her hutch. But cleaning things up because you're forced to still leaves things cleaned up, so that's a relief.

We haven't yet gotten good pictures of him in his new habitat. We're letting the mouse get comfortable with the new circumstances, though, and trust that he'll come out when he feels secure. And even now, when it's quiet in the house, we can hear the little munching noises of his chewing on cardboard tubes or blocks of food. Sunshine has yet to express an opinion about the mouse directly, although if we stand too close to her hutch for too long she will come over, demand to know why we're messing around in Her Place, and nibbling our feet. We'll be talking with her about her jealousy.

The mouse has been named Mickey; we haven't decided whether to keep that. We are open to a companion mouse, if we find one or more that fit his temperament, but don't have one now.

Trivia: Holy Roman Emperor Charles V and English King Henry VIII both ordered gun batteries to be known as the Twelve Apostles. Source: Gunpowder: Alchemy, Bombards, and Pyrotechnics: The History Of The Explosive That Changed The World, Jack Kelly.

PS: I'm Looking For The Final Subjects For My 2019 A-To-Z, so please put in your nominations for things I could write about!

PPS: So, while I wait for good photographing opportunities for the mouse let's take some photographs from Anthrohio 2018 and share them, shall we? 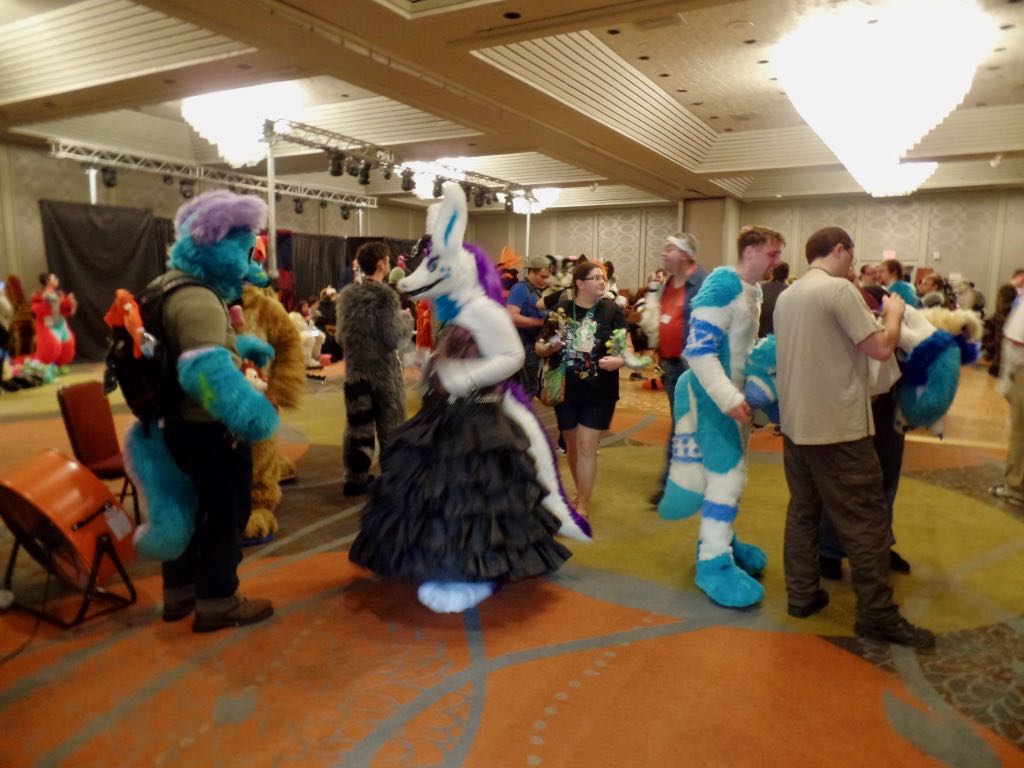 Peering into the ballroom where the last fursuiters were gathered, looking for 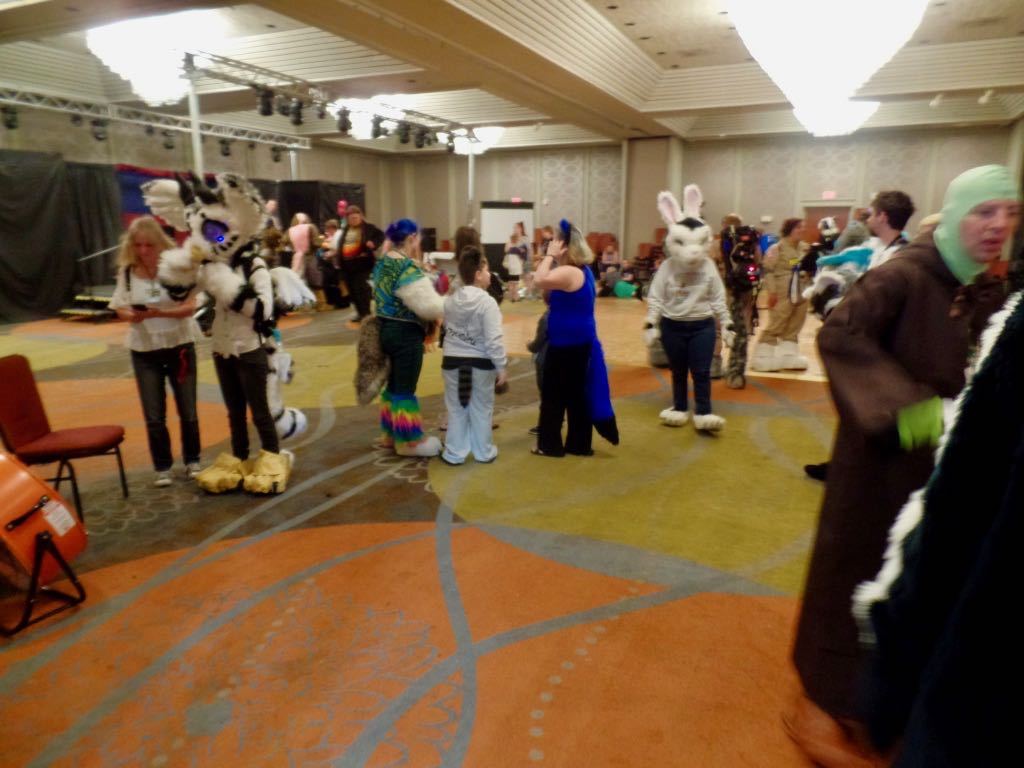 Oh look! There she is! Did she spot me? 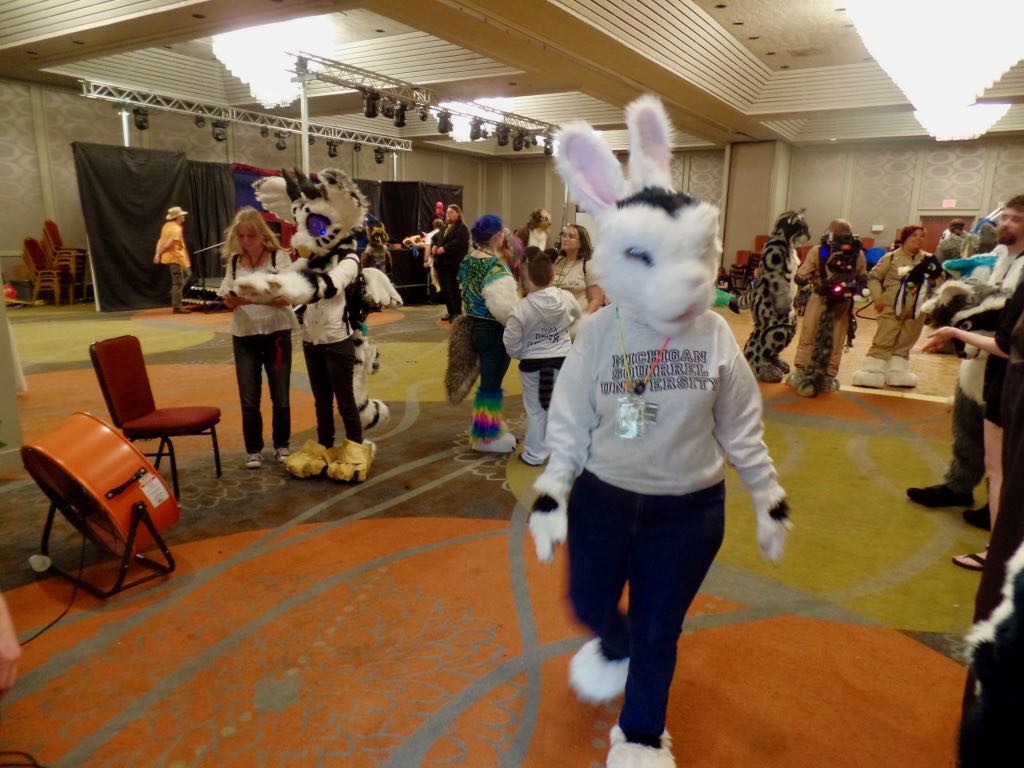