I'll tell you a secret, you're about to take a test

It's my usual chance to reflect on the mathematics blog. Here's the past week's worth of stuff.

So after the Anthrohio fursuit parade we visited the Dealers' Den and walked around the hotel grounds, making it back to Hospitality in time to participate in the cake-decorating contest. Let's watch. 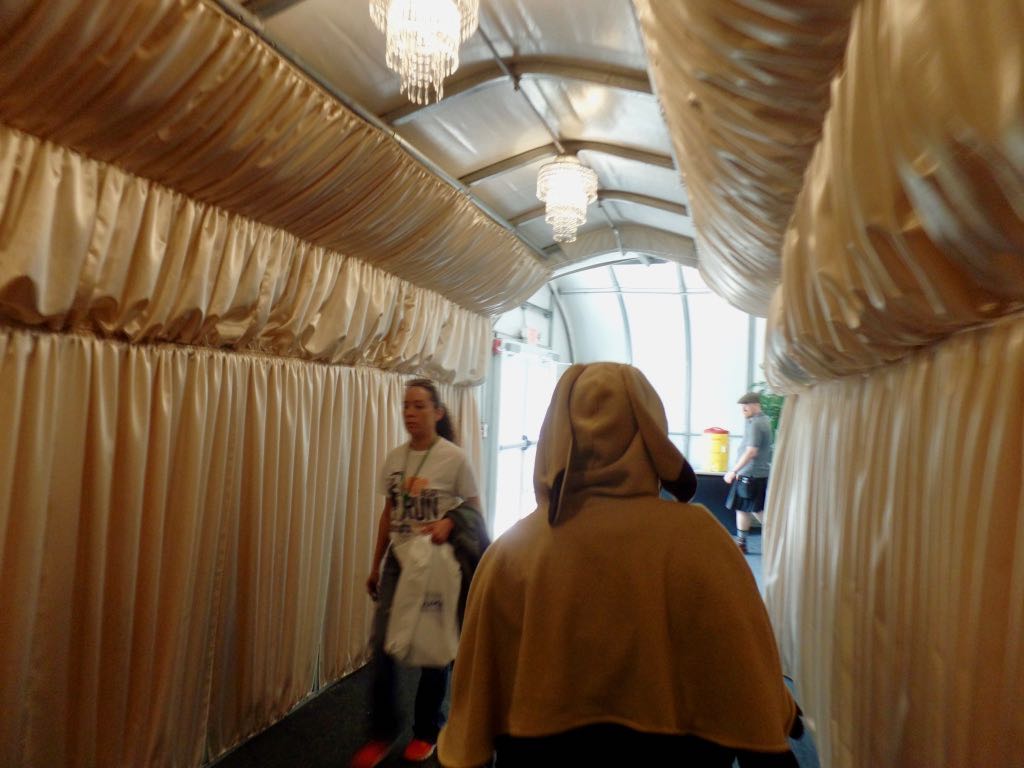 bunny_hugger walking through the inflatable-tent connection to the dealers' den, which is set up in this sort of heavy canvas tent that give the hotel a bit more usable space when the weather is nice. 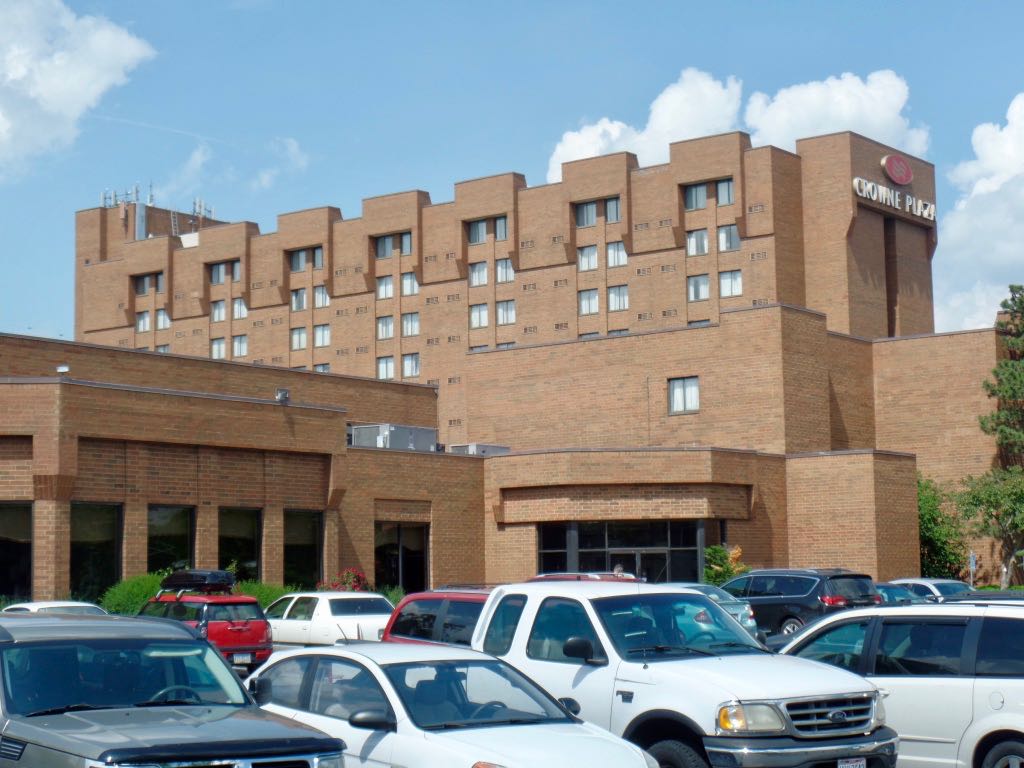 View of the hotel from the rear parking lot; we had rooms somewhere in the upper floors here, while most of the convention activities were on the ground floor in the camera-foreground wings of the place. 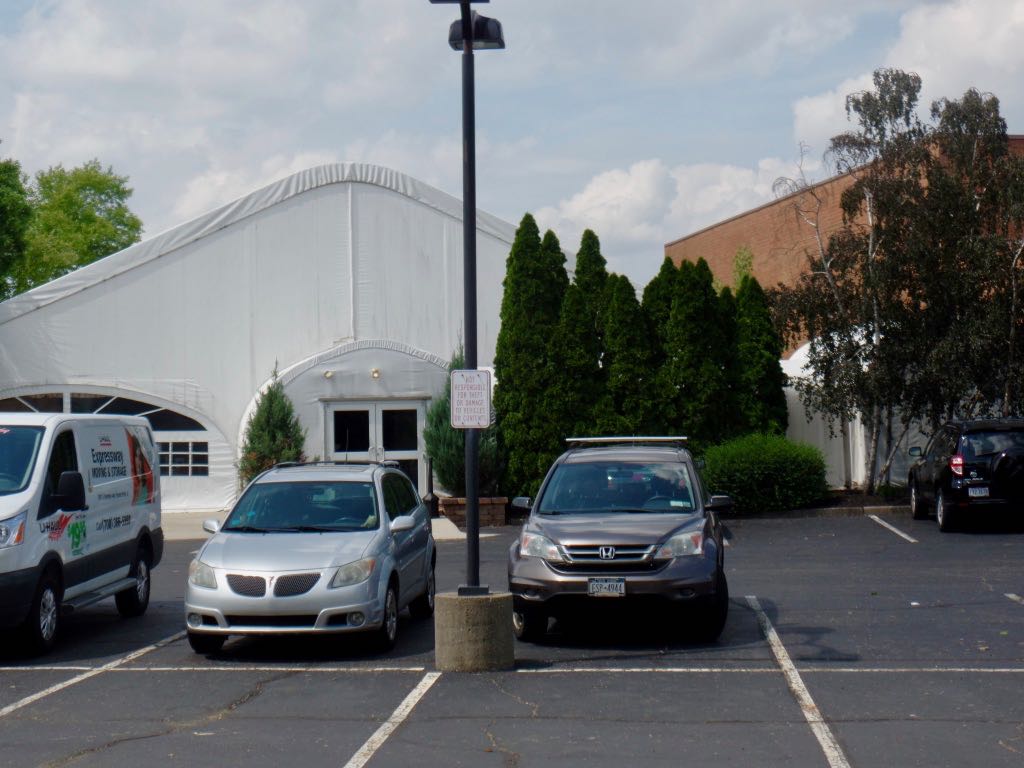 And here's the canvas enclosure extension to the hotel where the dealers den for Anthrohio has been. It's warmer than the rest of the convention, naturally, despite fans and air conditioner running, but it is also extremely access-controllable. 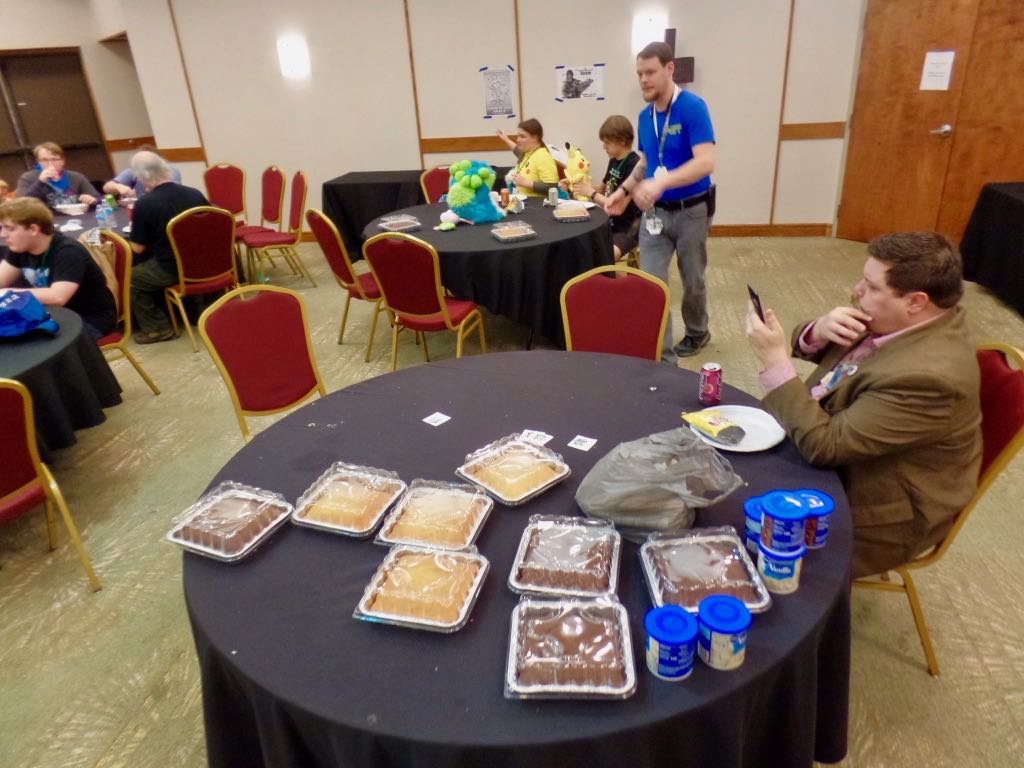 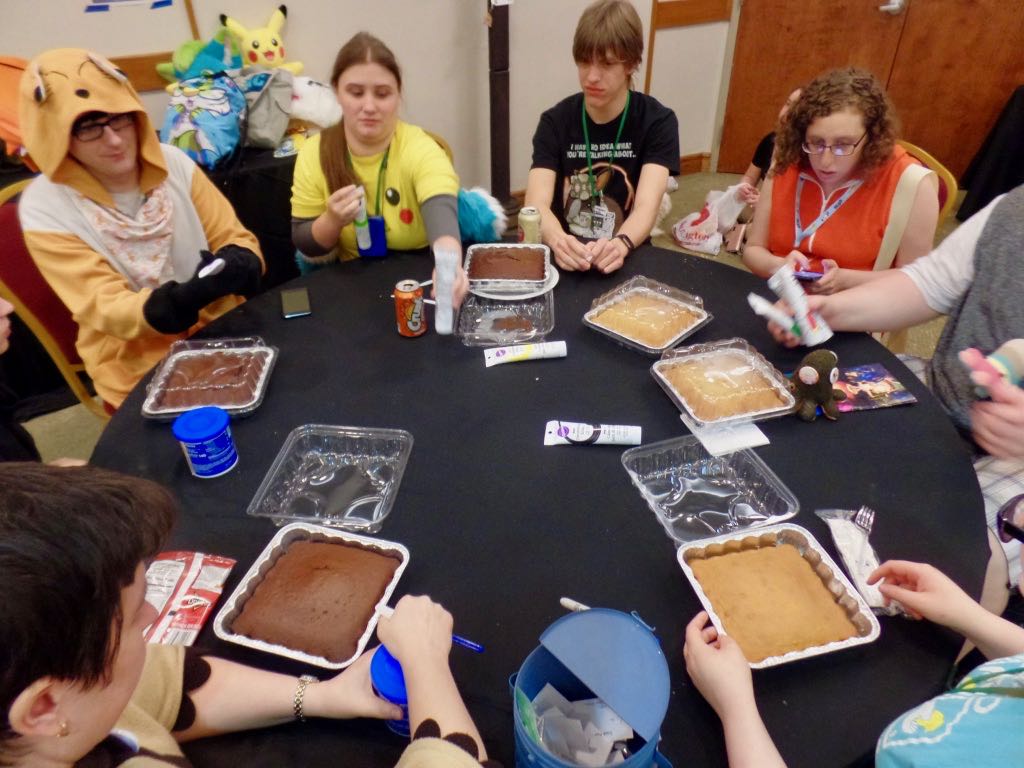 bunny_hugger and I shared a cake. You can see everyone trying hard to think of what the heck to do for the cake decoration. 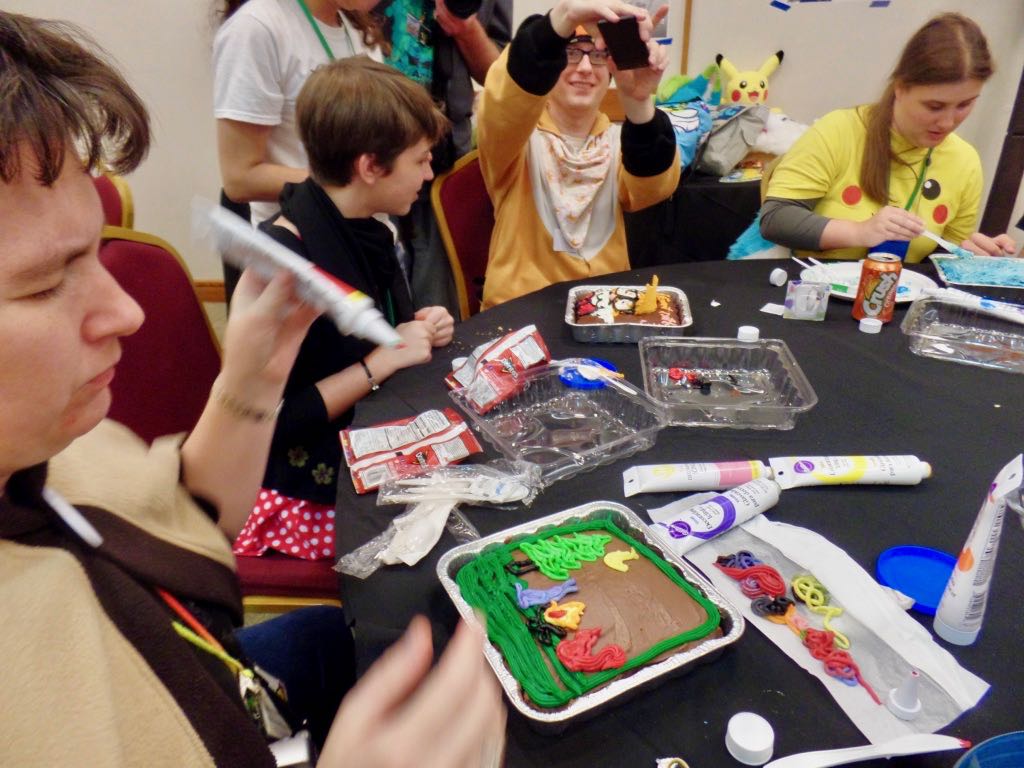 bunny_hugger not really satisfied with the progress on our cake. The theme was Barks and Recreation and we were trying to do a campfire scene through the limited medium of not having enough tips for the icing. They have tips at all for the frosting about half the time. 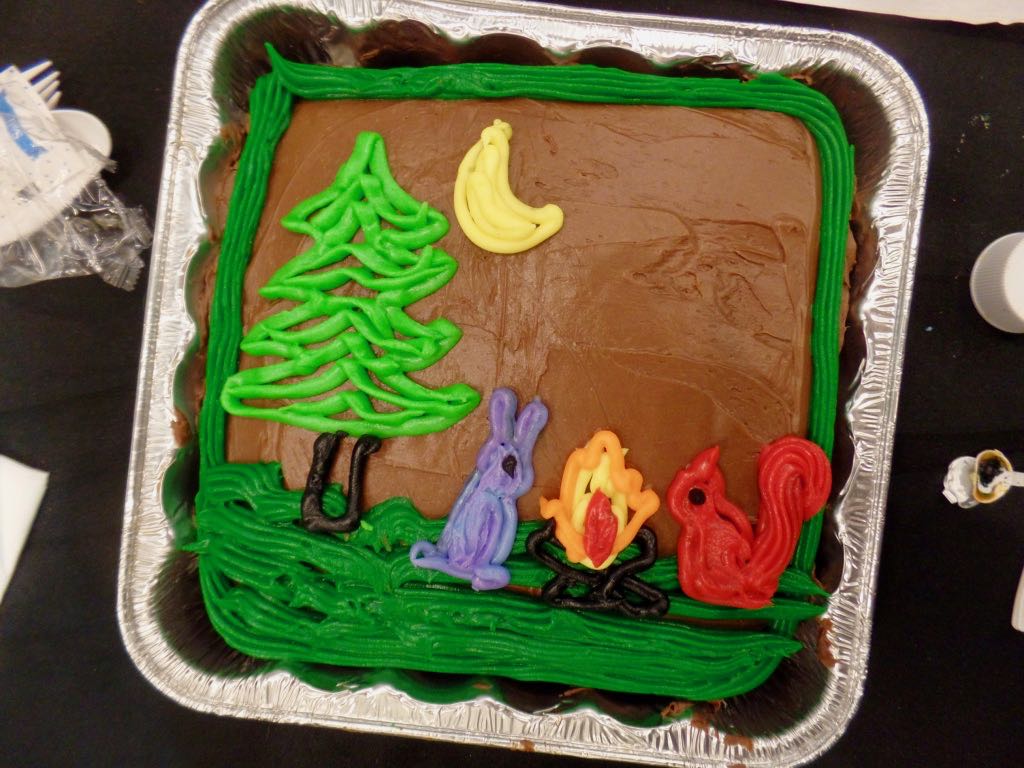 And here's our final cake creation, bunny and squirrel sitting around the campfire. 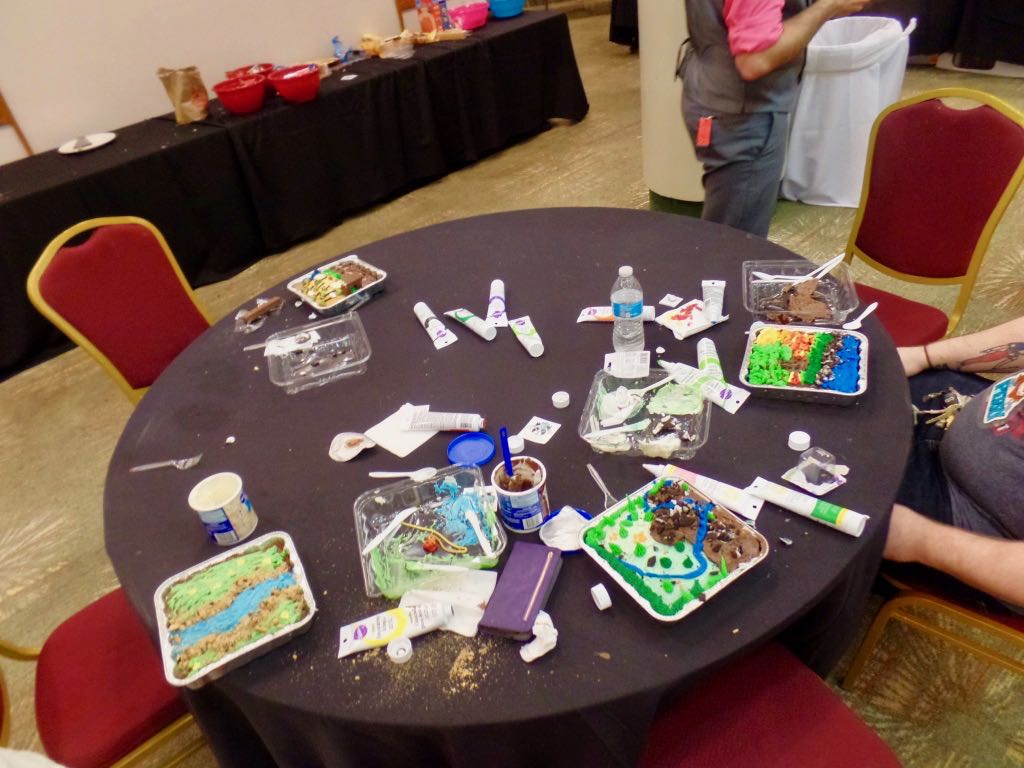 Aftermath of another table's cake decorating, with a lot of utensils spread around and cookies smashed and things put together to make props. 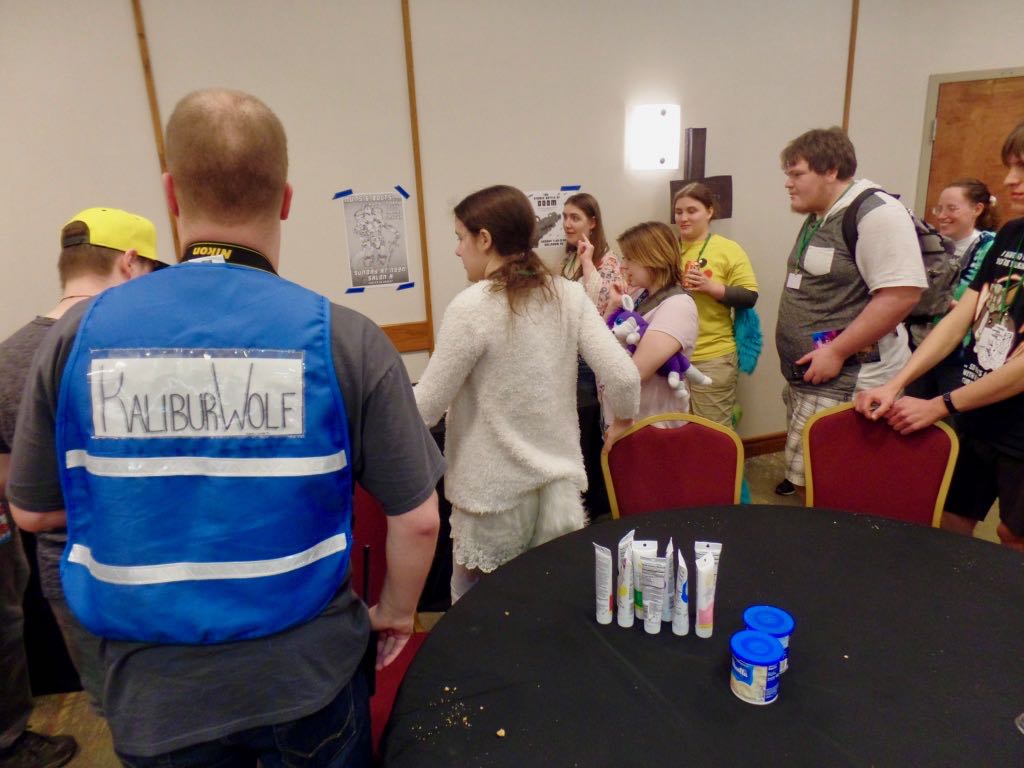 The judging begins and we wait for the chance to explain our cake. 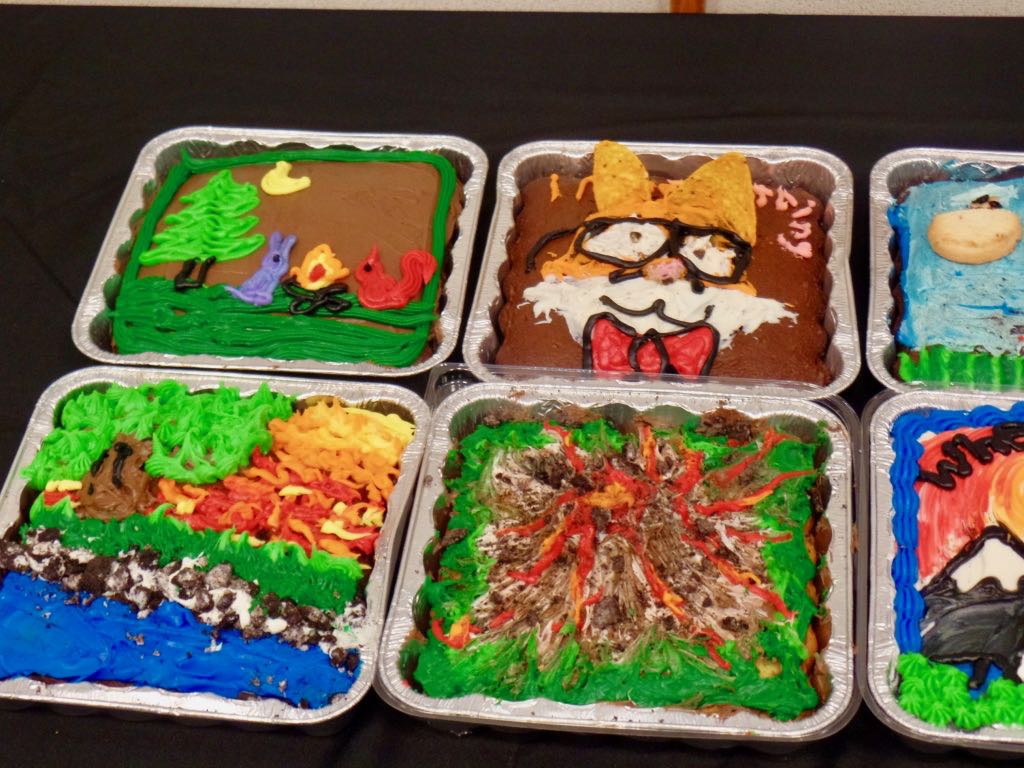 The first four cakes as decorated. Ours is the upper left corner. Someone used cookies and crackers snagged from the rest of hospitality to make an erupting volcano. The next four cakes. Other people go in seriously for props; you see the cake that built a whole playground using wafer cookies. 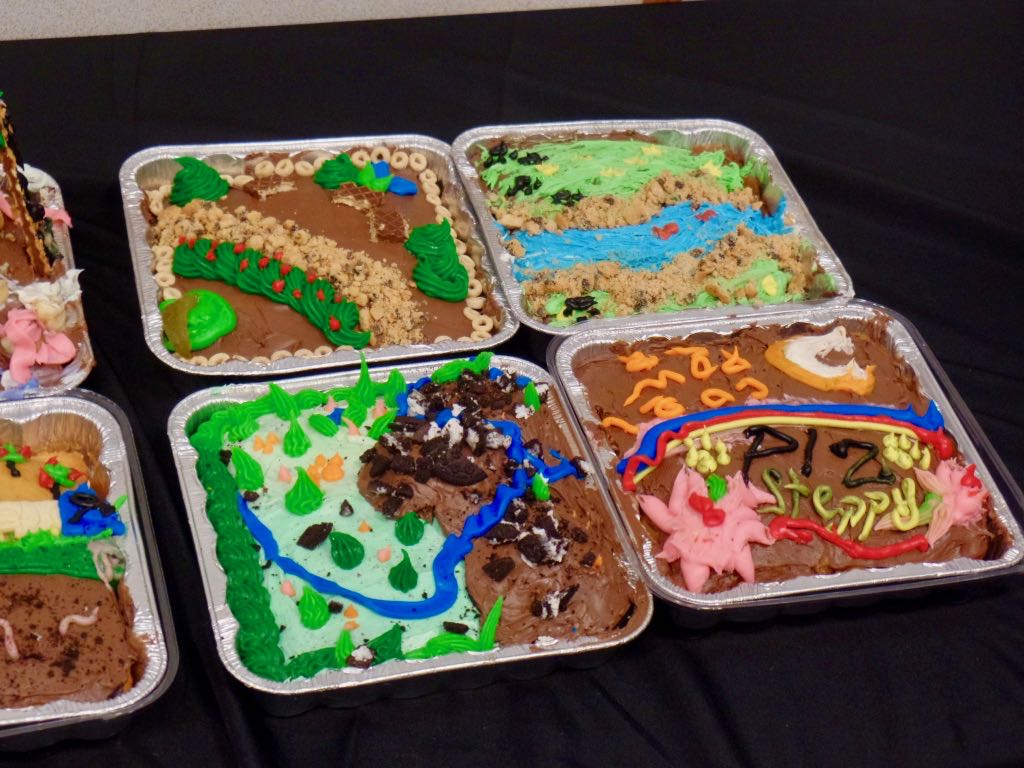 And the last three cakes, which include some that used Cheerios and broken cookies to make sand and rocky trails and such.

Trivia: The Signal Service's first-ever storm warning was issued on 8 November 1870. It was sent to observers on the Great Lakes by Professor Increase A Lapham. Lapham had been asked by Colonel A J Myer to take responsibility for the Great Lakes region that day. Source: A History of the United States Weather Bureau, Donald R Whitnah.

PS: My 2019 Mathematics A To Z: Taylor Series, one of those topics I had to keep re-thinking because I kept remembering other stuff I should say about it.