And you have to do your best, don't forget

Another week of nothing but publications on my mathematics blog! Here's what's been shown the past seven days, including the stuff that's just pointing to older stuff:

Meanwhile in the story comics, What's Going On In Alley Oop? Who blipped Alley Oop and Ooola out of existence? August - November 2019 It's the most alternate-history-ish storyline that I'm aware of the comic strip doing.

And now back to Anthrohio of 2018, closing out Sunday's activities and fun. 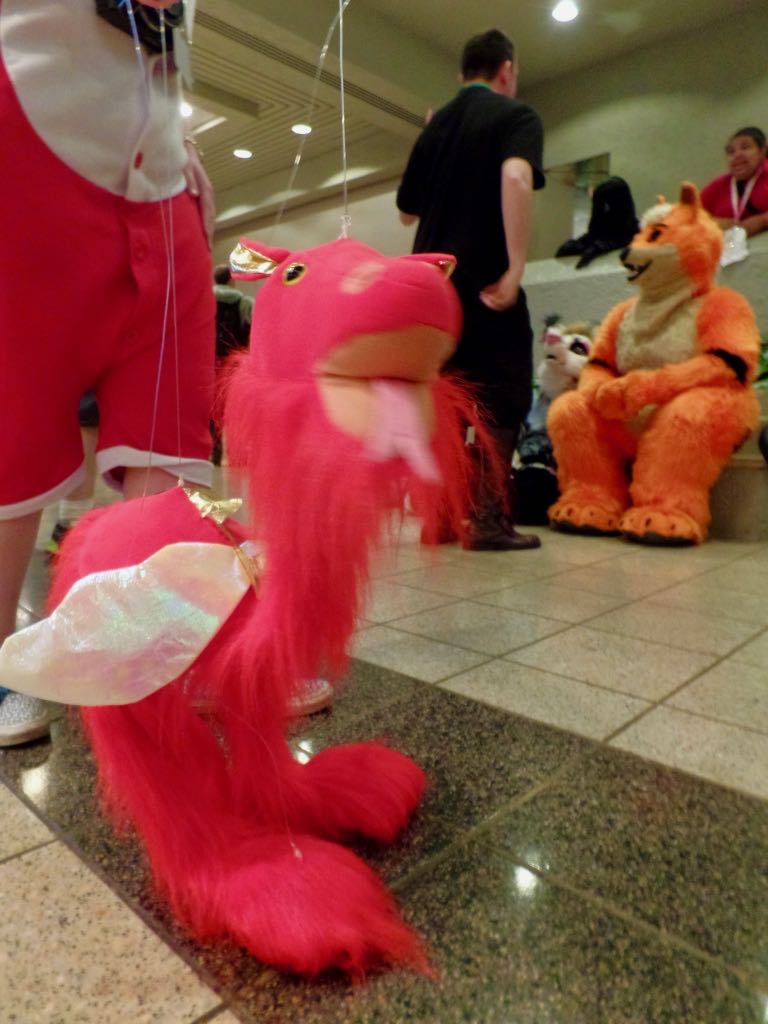 And here's the star of our show, Archimedes! The marionette would get some good time walking about and going to the Saturday night dance. 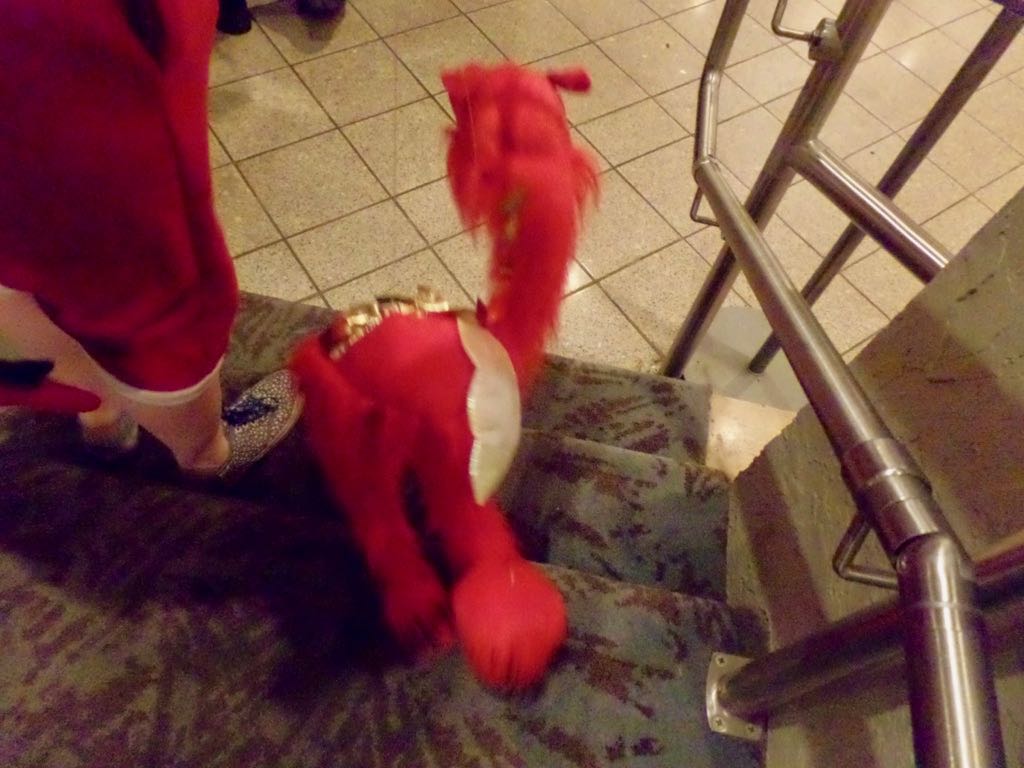 Steps are a nuisance for Archimedes, but he'll work them out eventually. 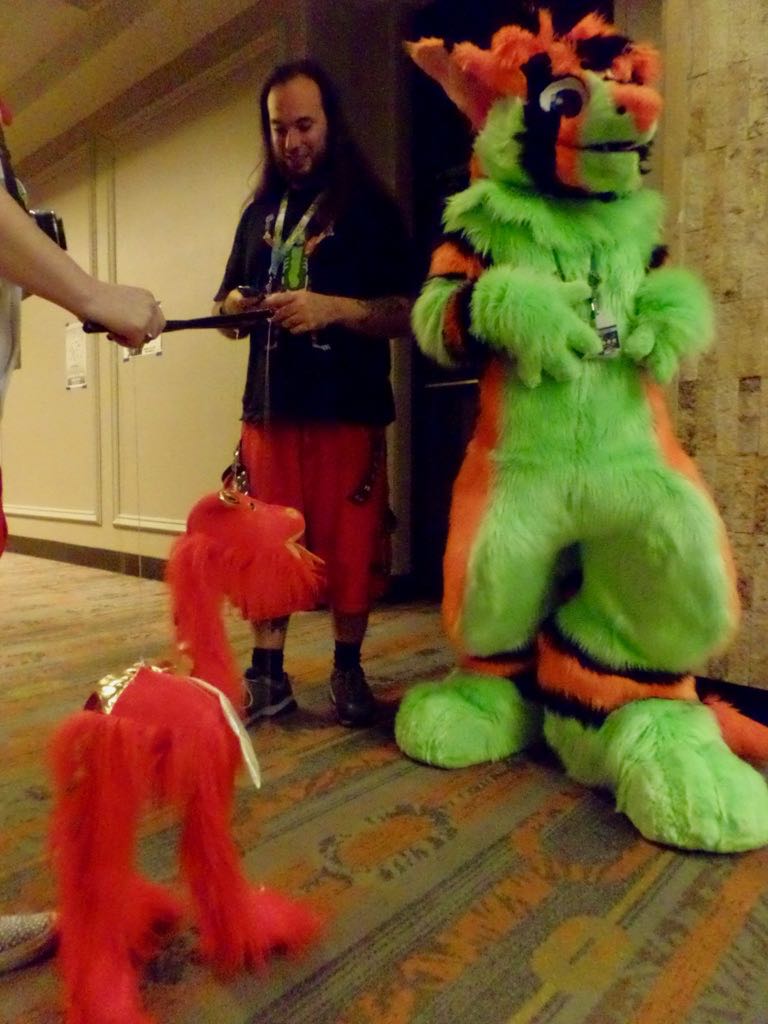 Making some friends among the fursuiters and their handlers. I believe he's getting his photo taken here. 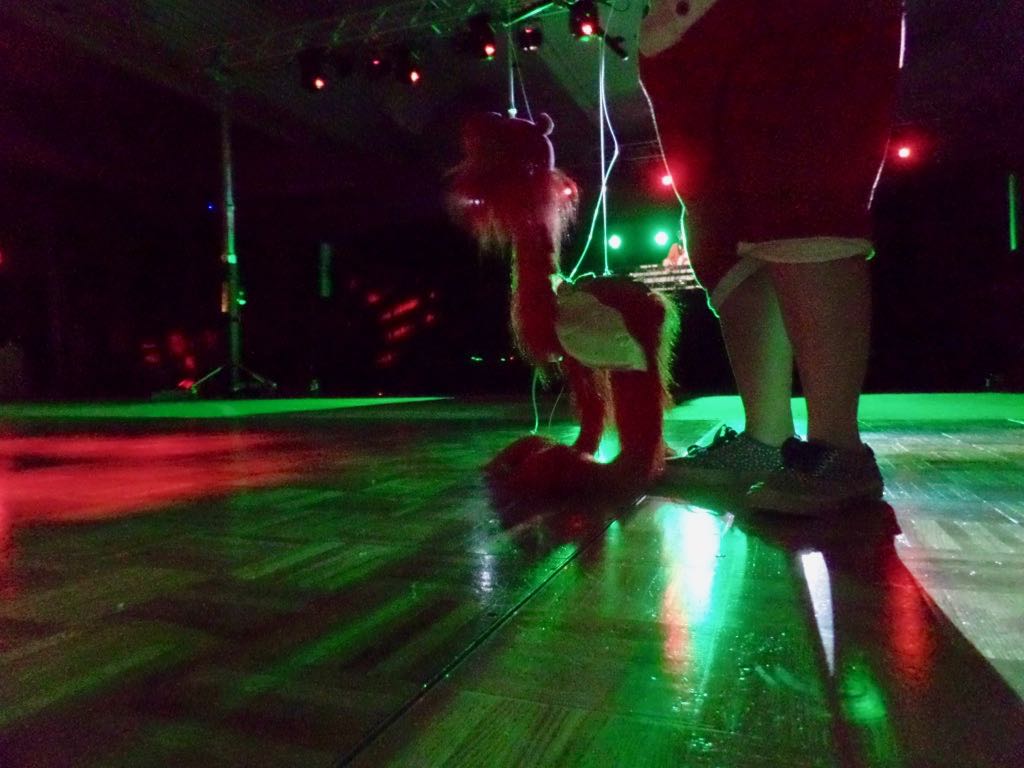 And now he makes his debut on the Anthrohio dance floor. 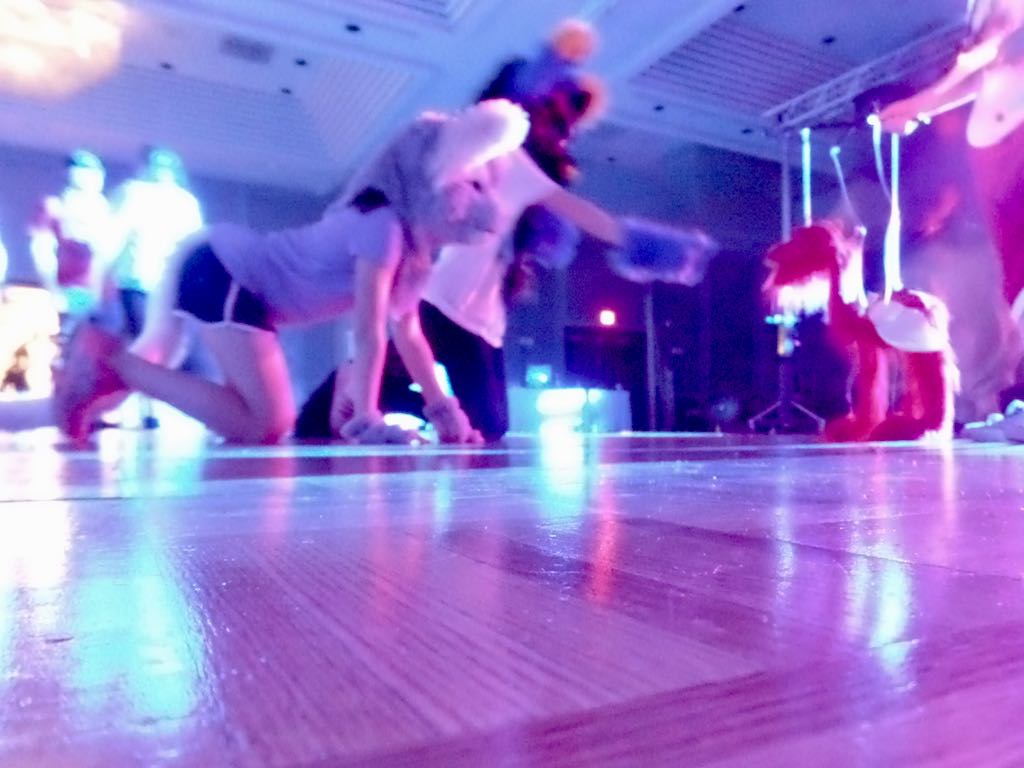 So a couple of younglings were doing that dance thing where they'll focus on something and kowtow. For a while during the dance they picked Archimedes as the subject of their attentions. 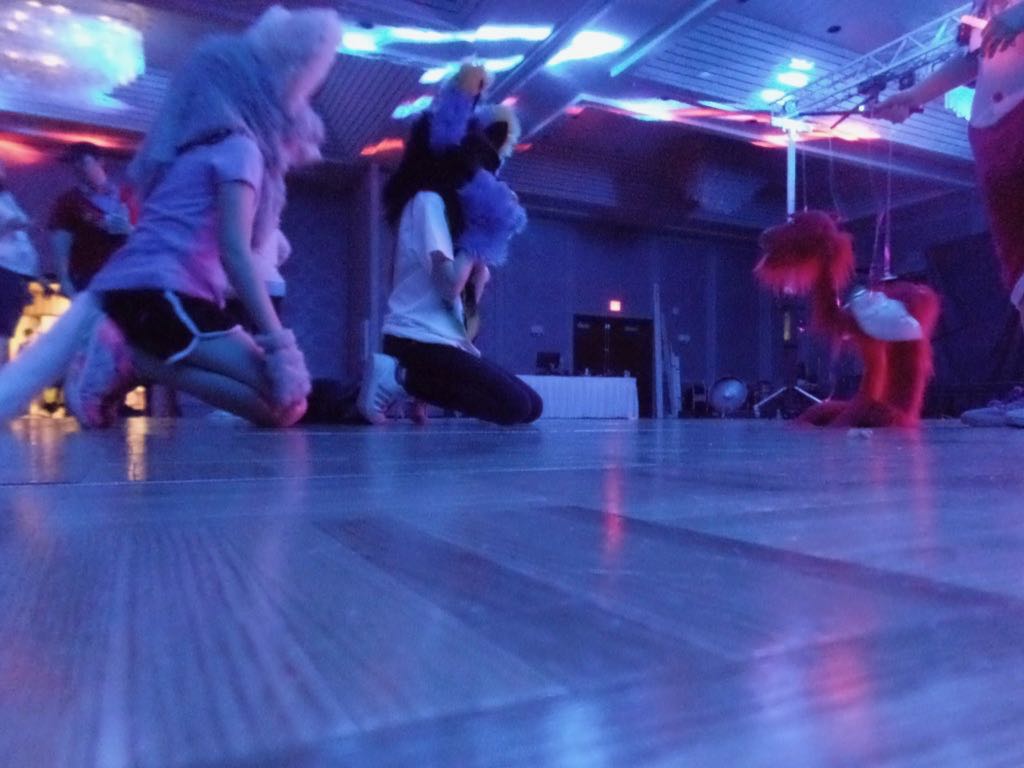 More of the kids enjoying making a fuss over Archimedes, who may be a dragon but isn't used to this kind of worshipping. 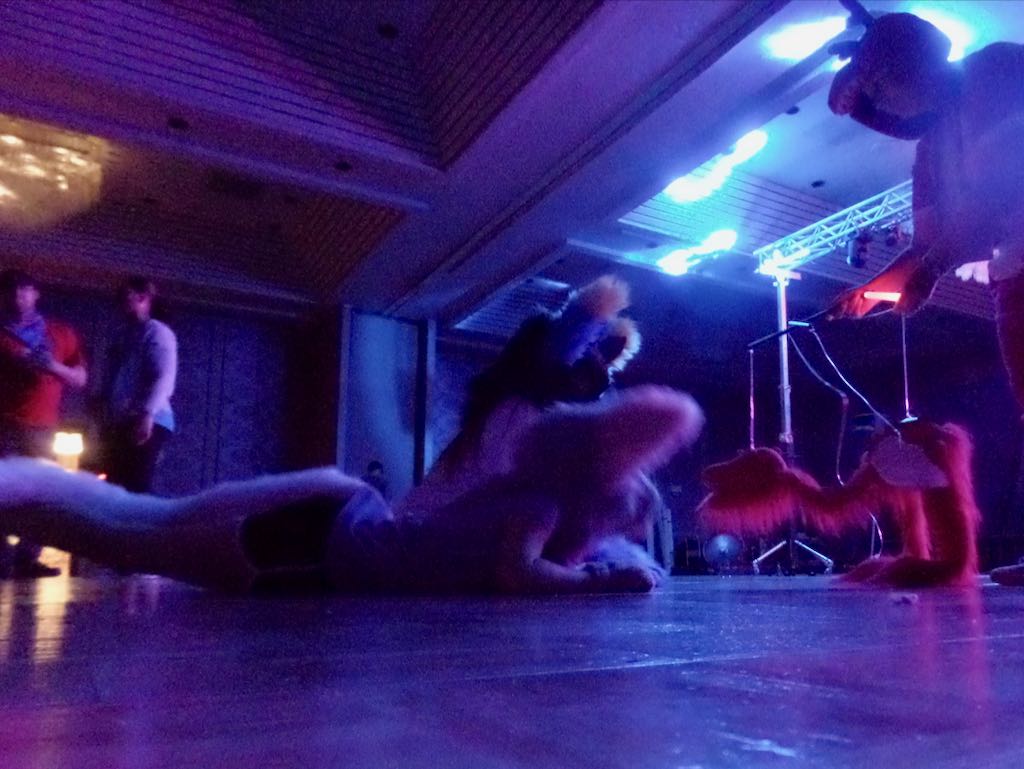 Archimedes trying to get into the spirit of the thing and bowing back to them. 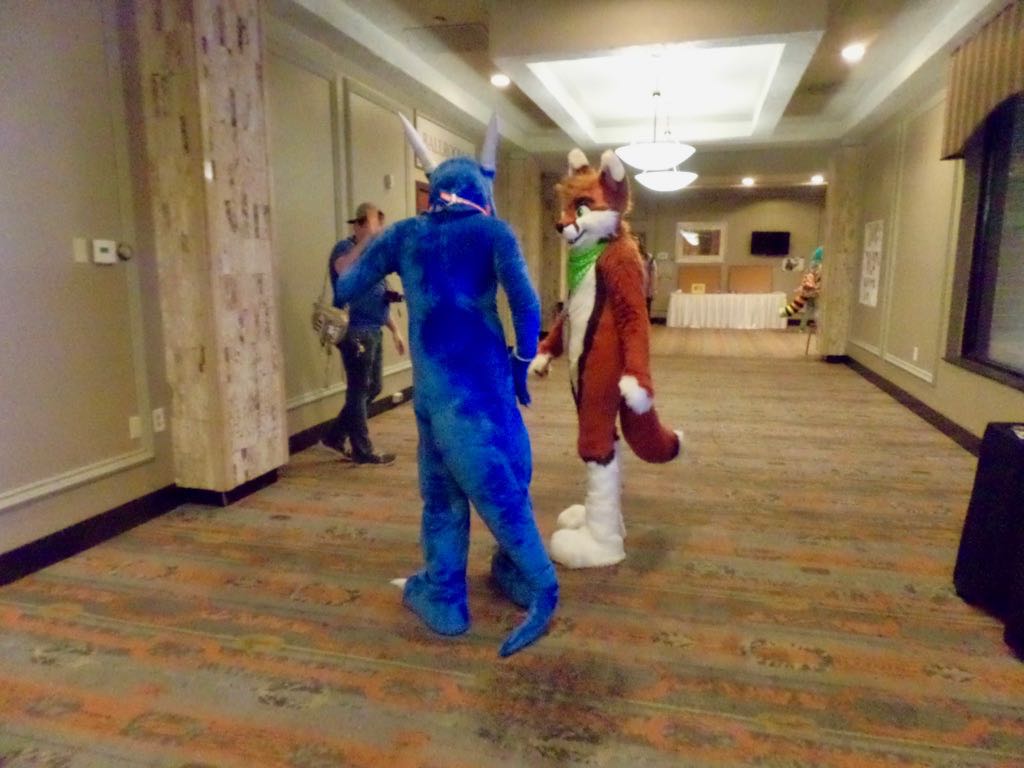 A little rest break let us see this dragon at a great moment, where the ground drags his tail so as to make it curve, like you'd see in a Walt Kelly illustration of Albert Alligator or something. 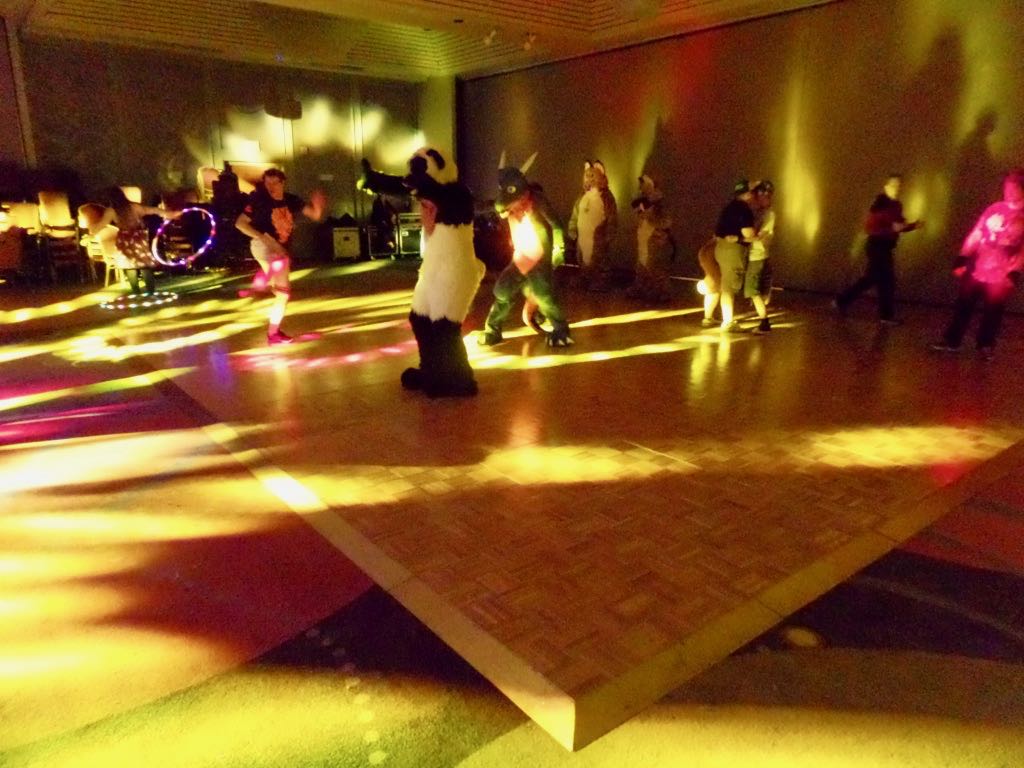 Back to the dance floor! Which, thanks to the lighting and the perspective, here looks like it's a six-inch-thick surface floating above the carpet. I love pictures of real things that make them look bad special effects. 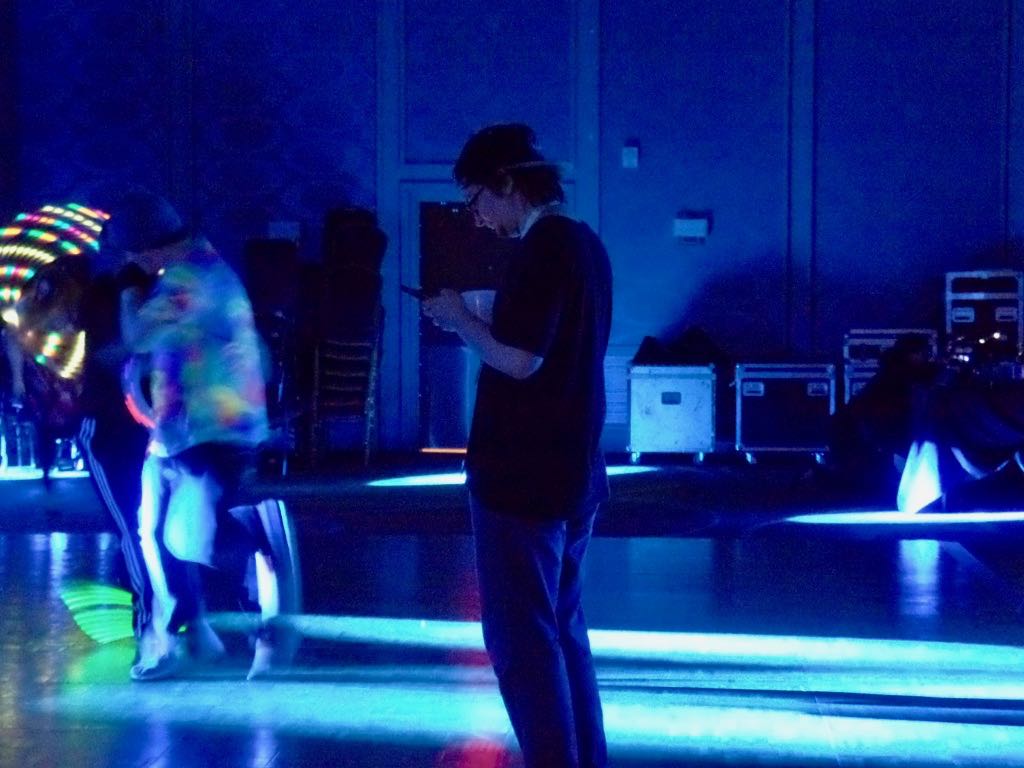 Someone checking their phone while the sparkling lights twirl around behind them. 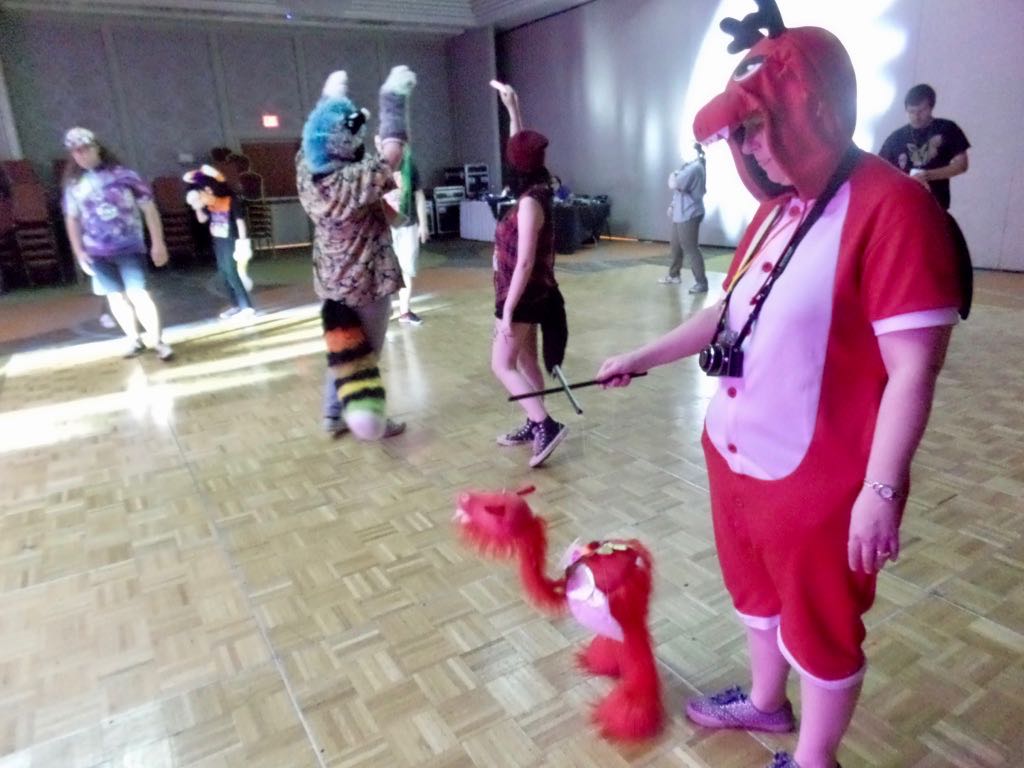 The lights come up on the dance floor after the last song of the night. 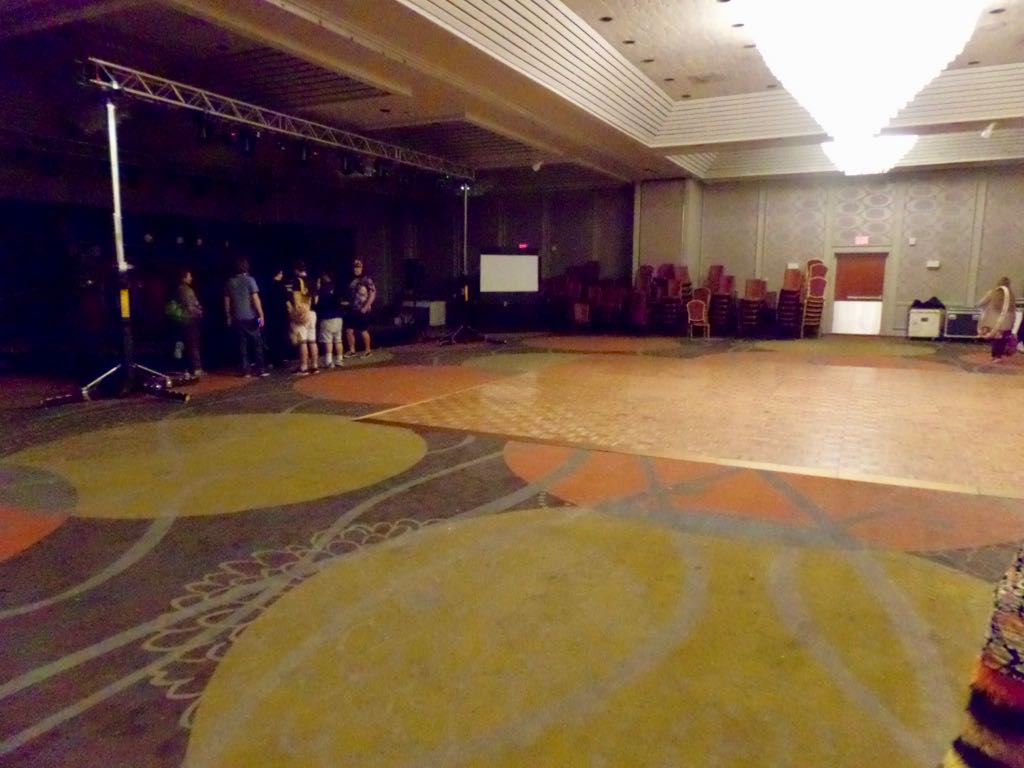 And the floor and DJ area clean up pretty swiftly. See, the dance floor is not a poorly composited special effect after all, is it?

Trivia: The Paris Peace Conference of 1919 continued until January 1920, though the Treaty of Versailles was signed in June of 1919. Source: Paris 1919: Six Months that Changed the World, Margaret MacMillan.