Your life is free as running water, fresh as morning dew

I have to apologize, mostly to

bunny_hugger. Between recovering from the first real snow of the season (five and a half inches, says the noon news), and preparing things for the pinball league finals tonight, and everything else, I just haven't had time to finish writing about the Vortex Farewell Trip. As compensation, please take a bunch of Anthrohio 2018 Sunday photographs. With luck I'll finish the Vortex story tomorrow. 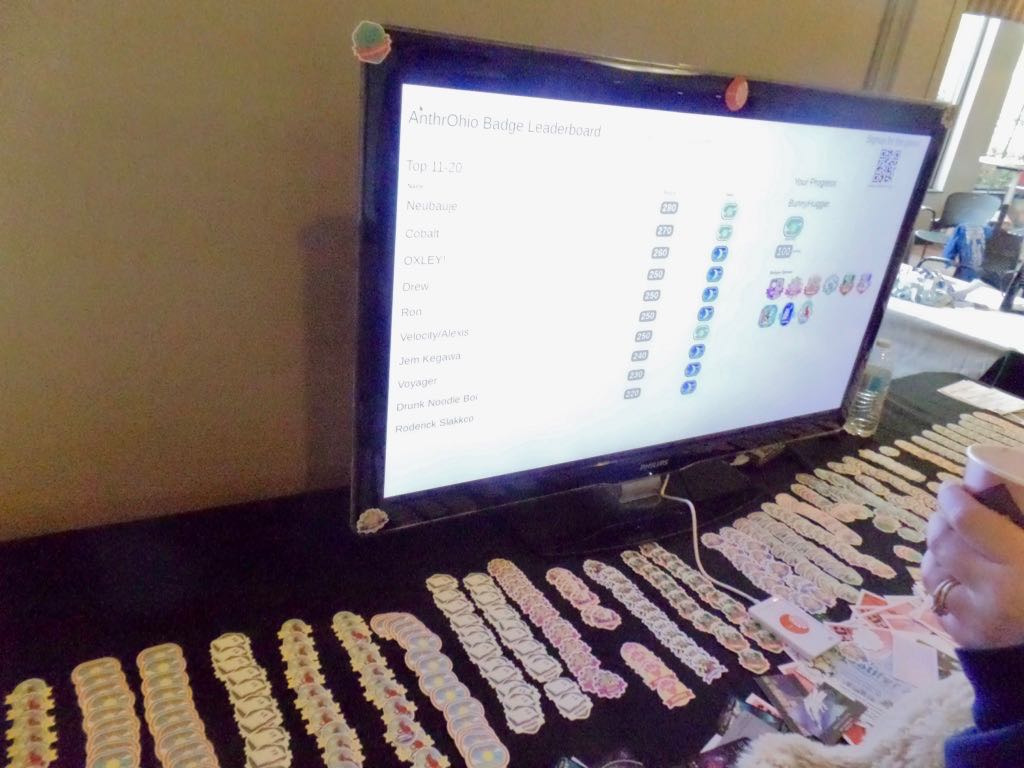 Leaderboards! Anthrohio had these RFID cards and check-in stations, and offered achievements for people who did stuff like ate at hospitality. Here 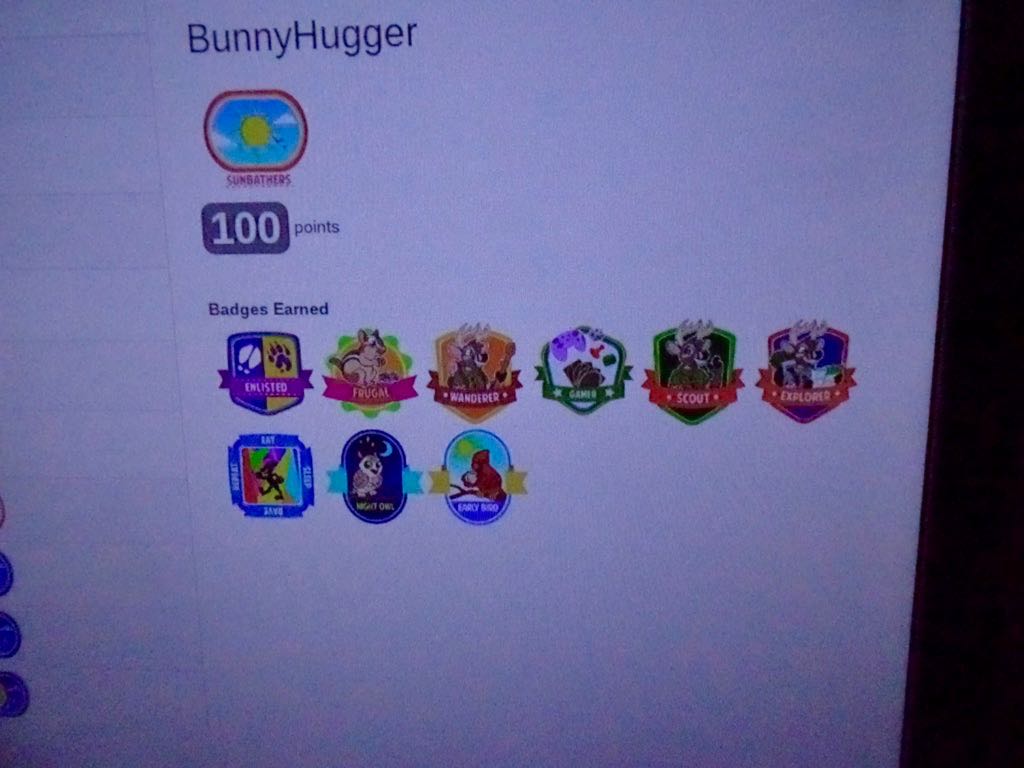 bunny_hugger had made. You can see how rough a schedule we had that she was counted as an Early Bird. 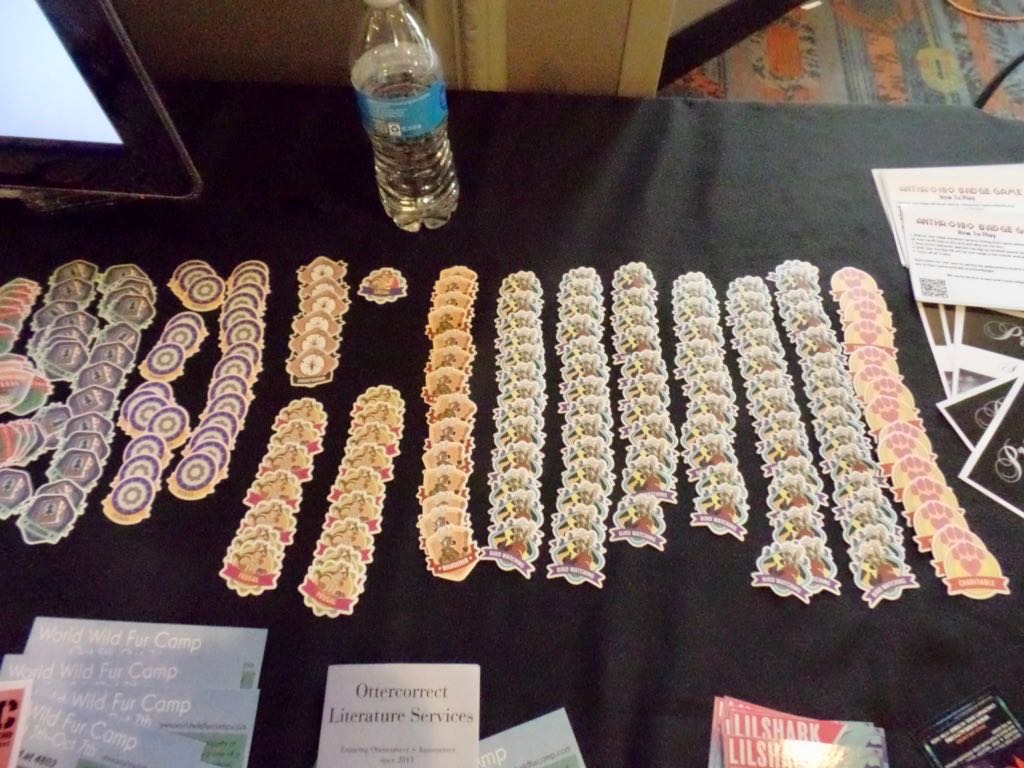 The actual physical badges. There's at least one that

bunny_hugger earned but failed to get the physical copy of, to her irritation. 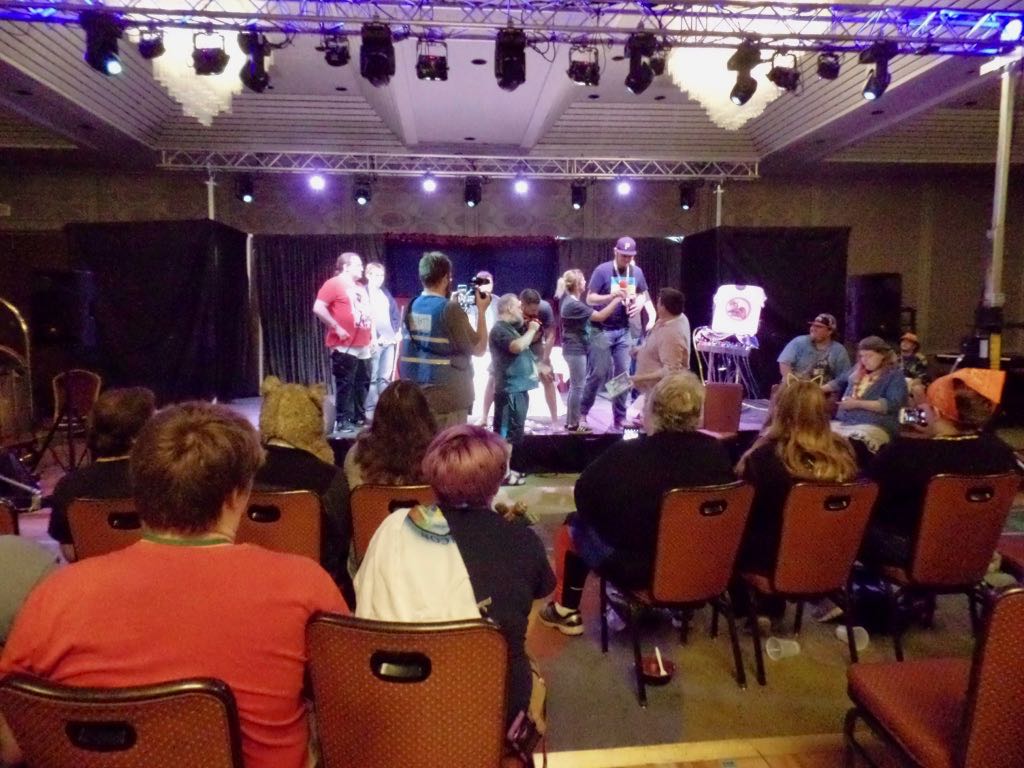 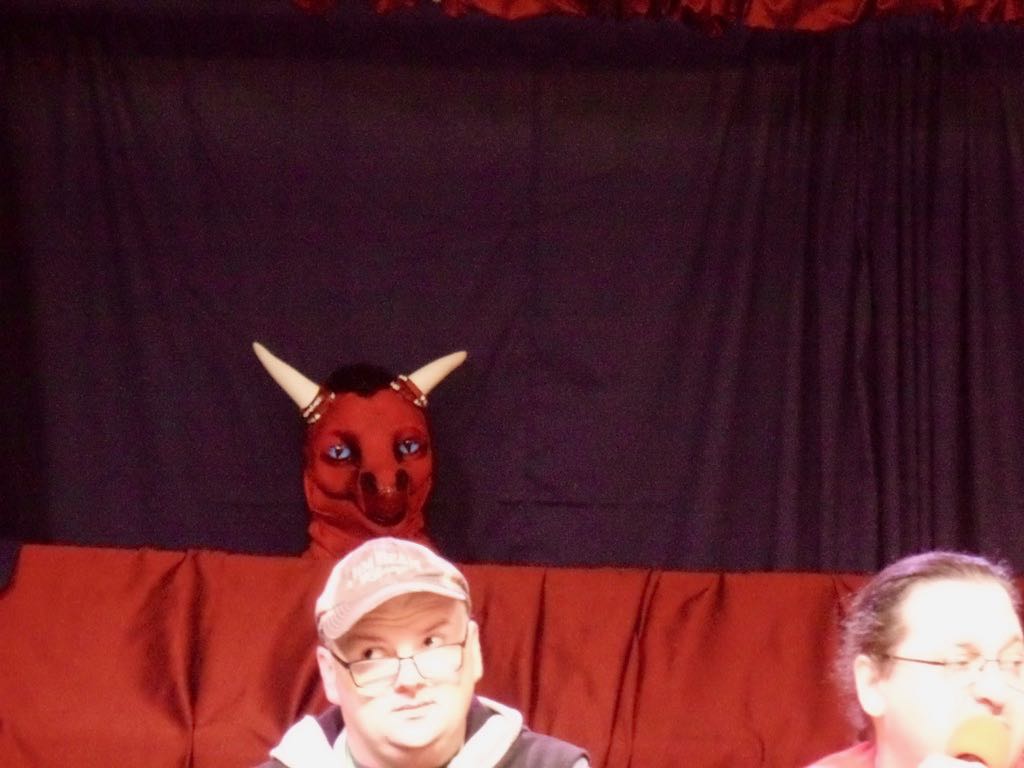 Dragon poking his head out of the puppet stage. 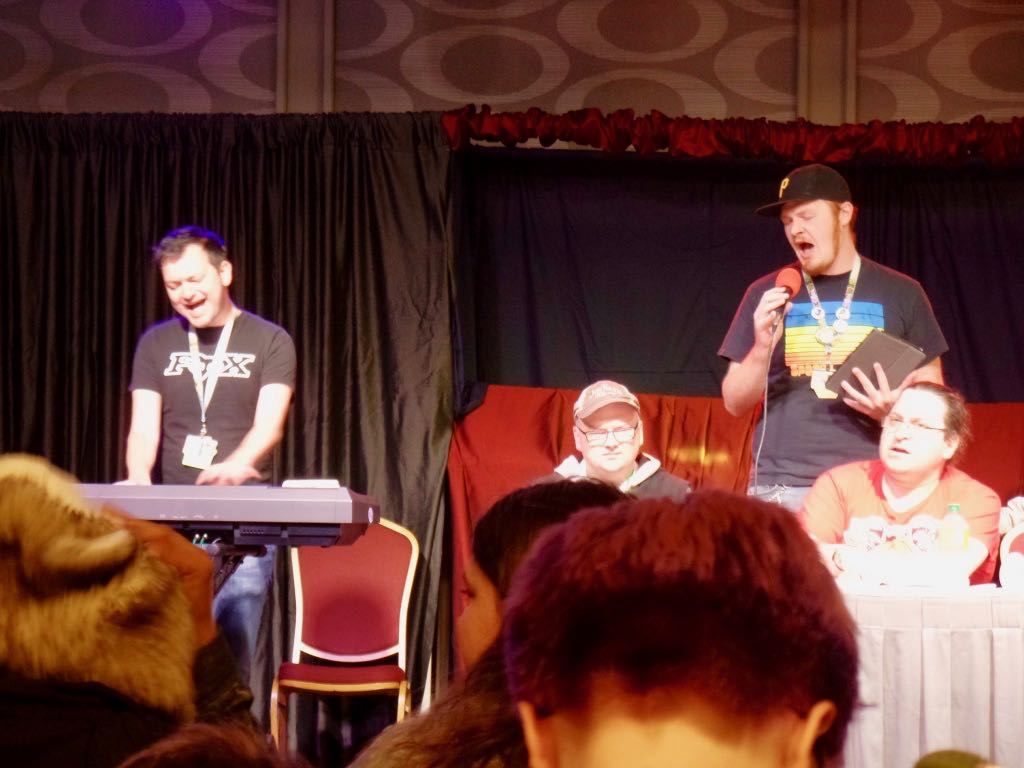 Fox Amoore and Pepper Coyote adding a bit of music to Closing Ceremonies. 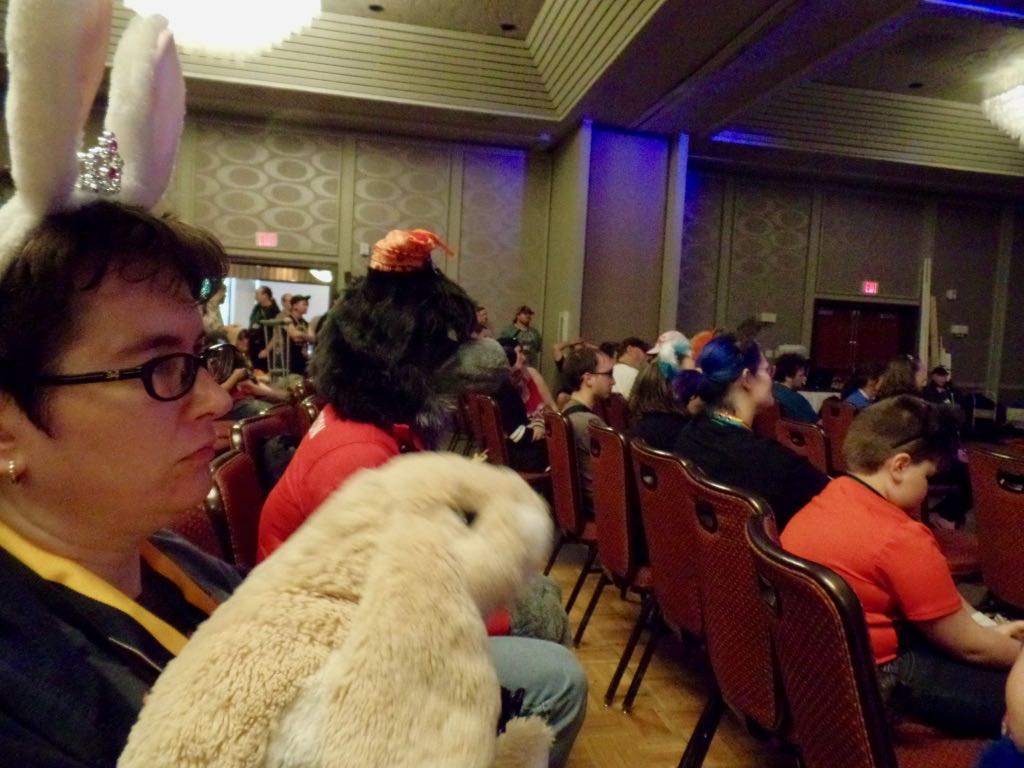 bunny_hugger and her puppet Buttercup paying attention to the big announcements. 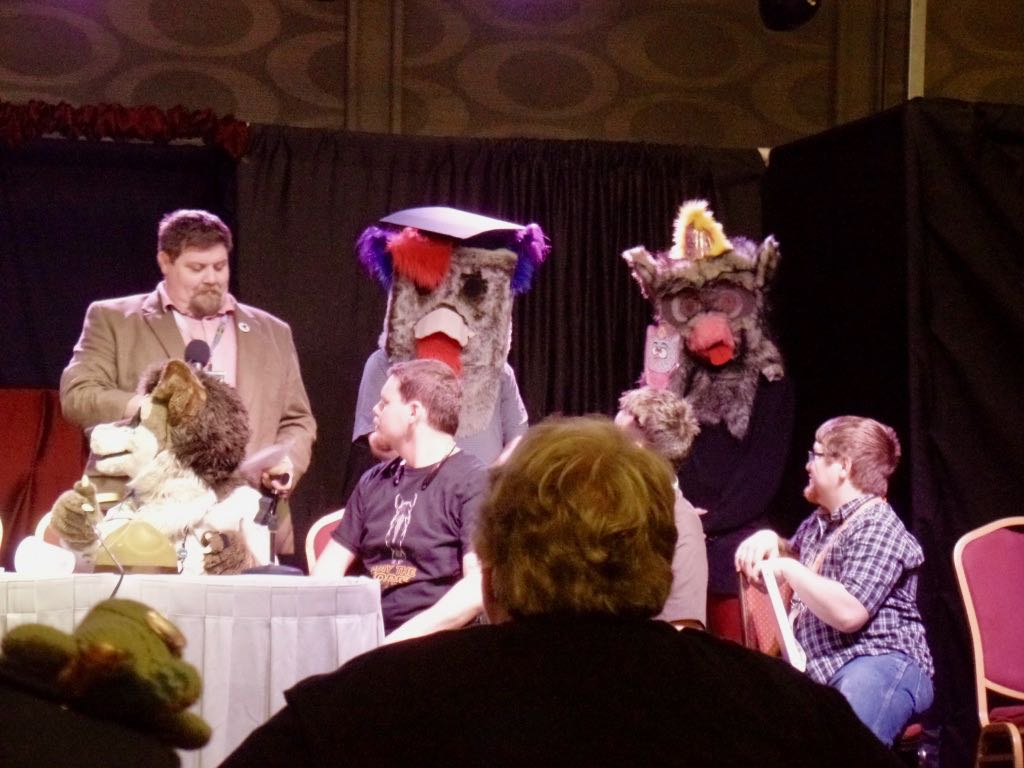 BoozyBadger and the Box Owls announce the takeover of Anthrohio, setting up the Corporate Takeover ``plot'' for Anthrohio 2019. 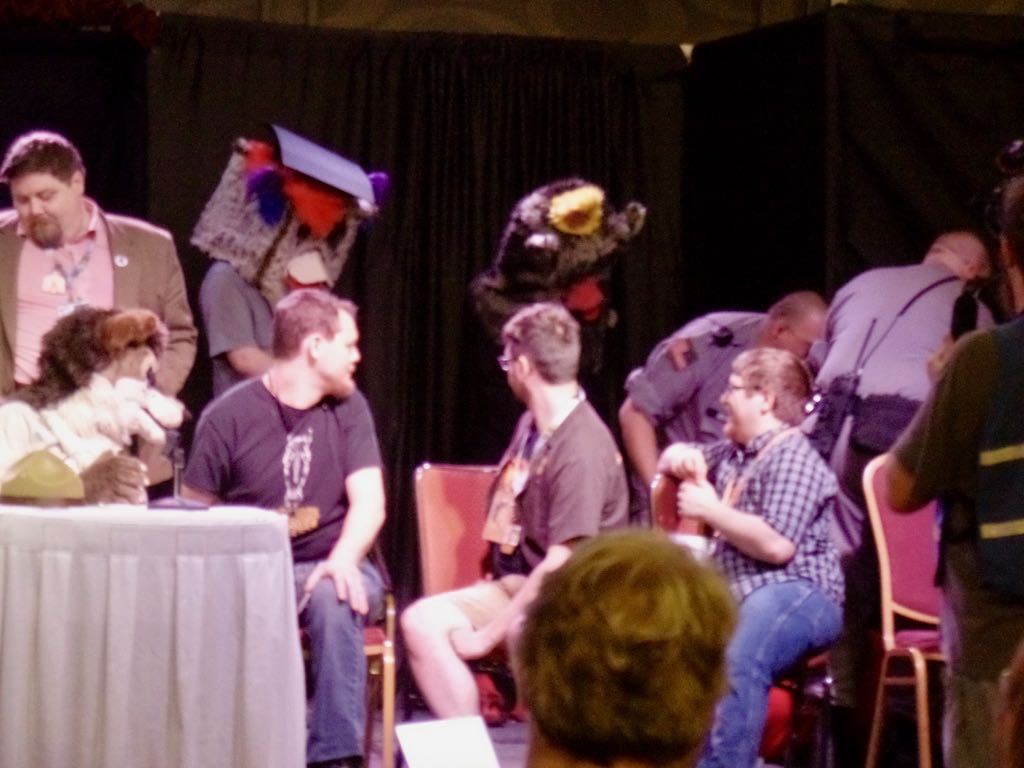 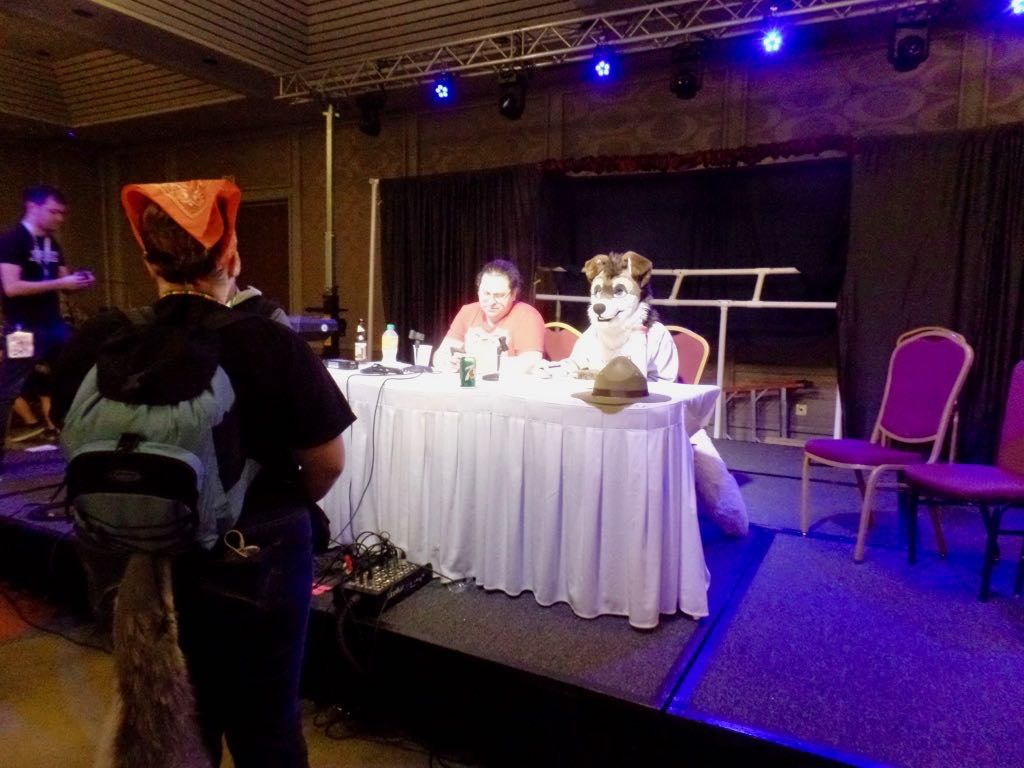 So! The gripe session afterward, people talking about what went well and what went wrong to board members while they start taking the convention apart. 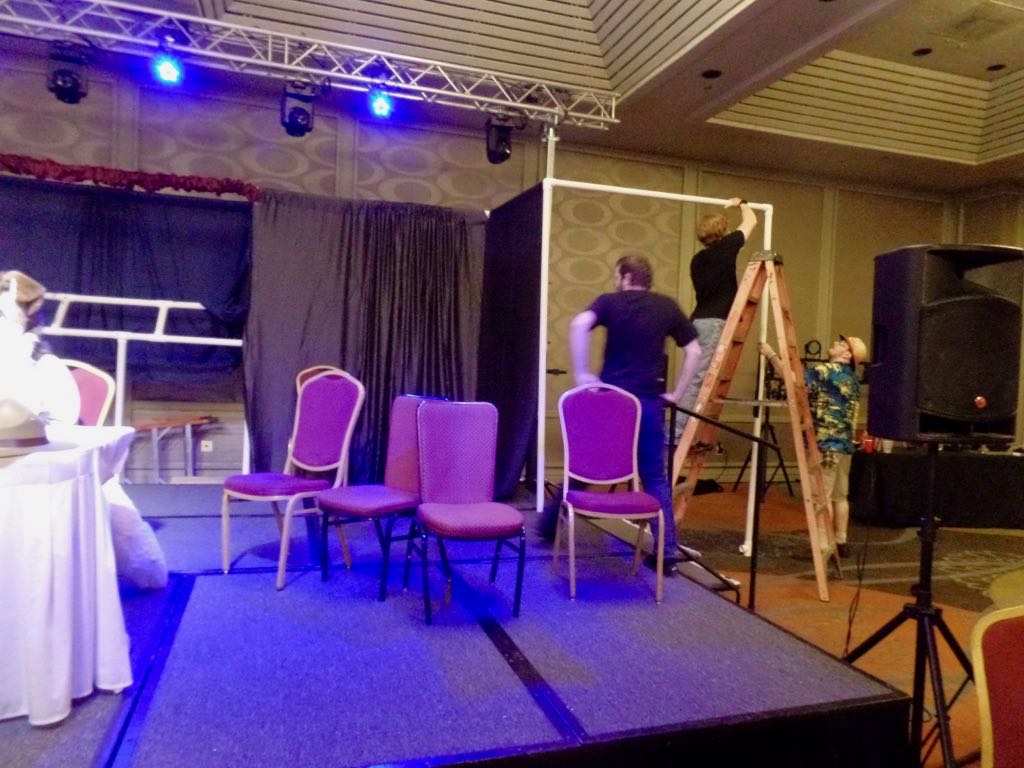 The stage already disappearing. Sure hope these people work for the con. 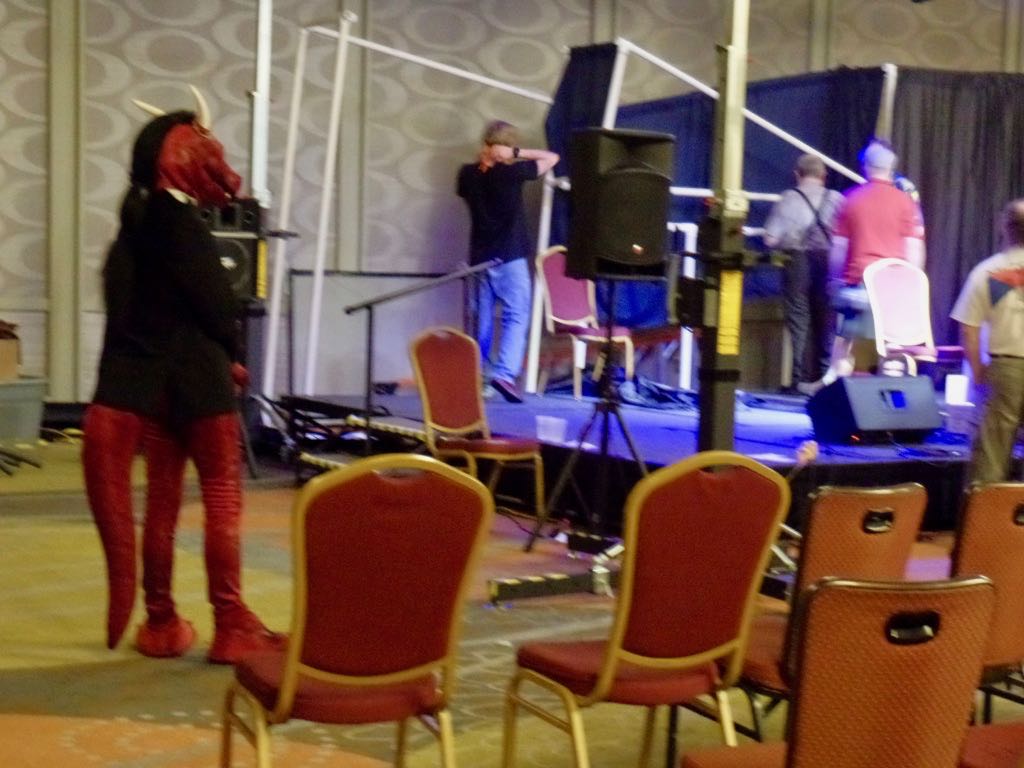 The puppet stage being disassembled for, so far as we know, the last time; they had a different stage without a puppet area for 2019.

Trivia: Time Zones, in the United States, are set and adjusted by the Secretary of Transportation. Source: Marking Time: The Epic Quest to Invent the Perfect Calendar, Duncan Steel. (As opposed to, say, the National Institute of Standards and Technology, the US Naval Observatory, or any part of the Defense Department. It's legacy of standard time, and time zones, as creations of the railroads.)

PS: My 2019 Mathematics A To Z: Unitizing, a spot of mathematics you maybe didn't know was there.