No matter who's the winner we're behind you

And I enjoyed another week on my humor blog. I did mostly enjoy it, too. There's some good fun stuff to write up there. The past week's writing, then, was:

And now? Well, gosh, it's already time to close out Anthrohio 2018 photos. I would have sworn I'd taken more but, like, one species SIG mostly looks like another and there's only so many pictures you need of any. 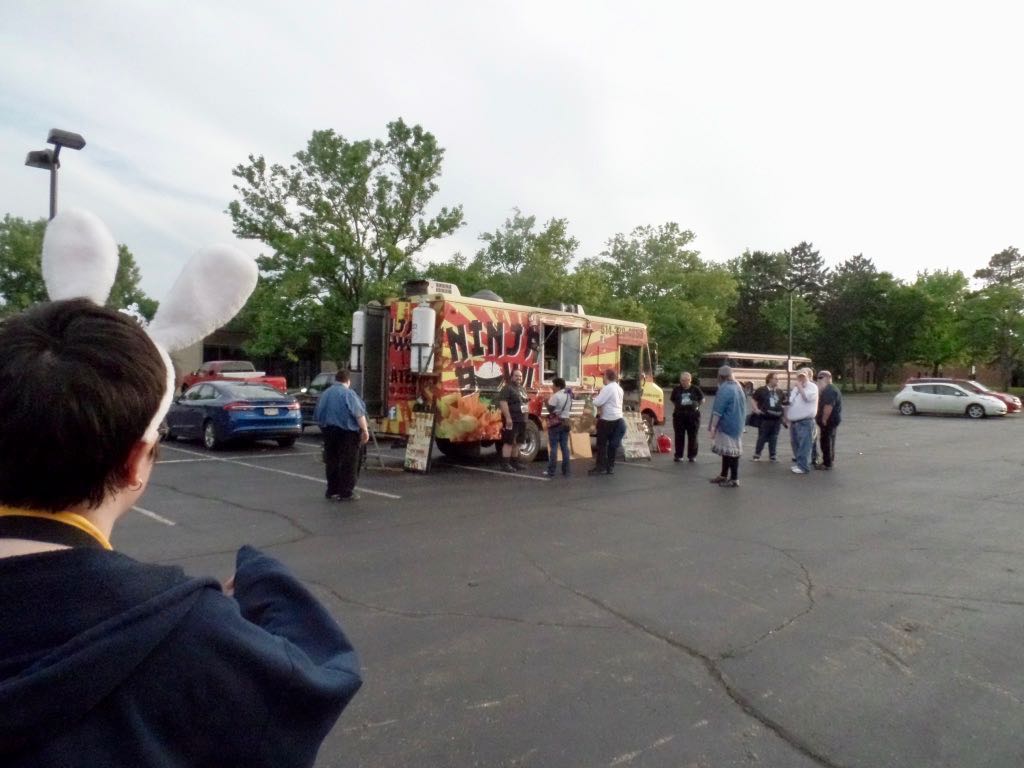 A new and welcome Anthrohio tradition: having grease trucks outside for a bit of extra local food options. 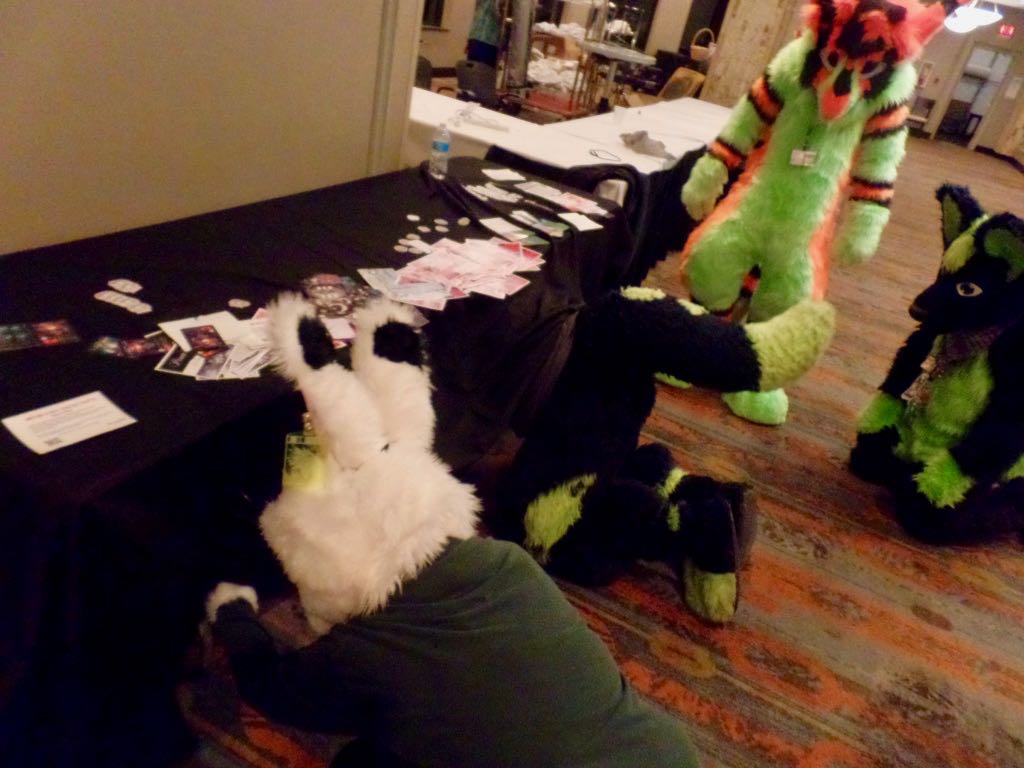 bunny_hugger helps everyone out searching under the tables for goodness knows what. 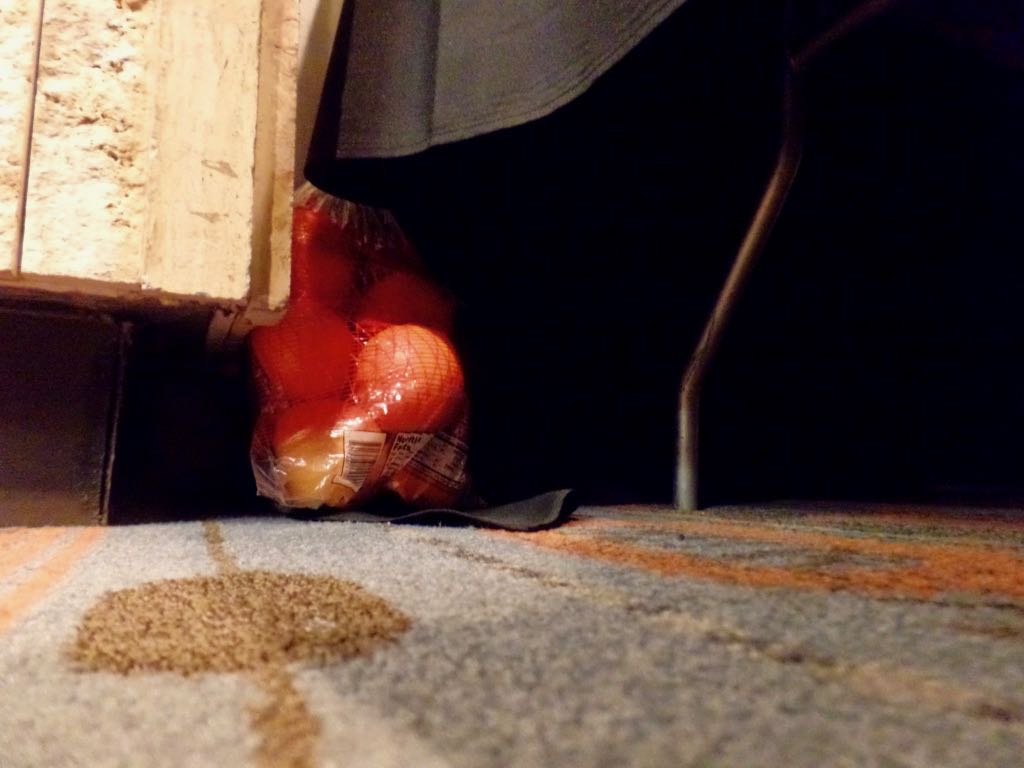 Oh! It's a bunch of oranges, that's a treasure all right. 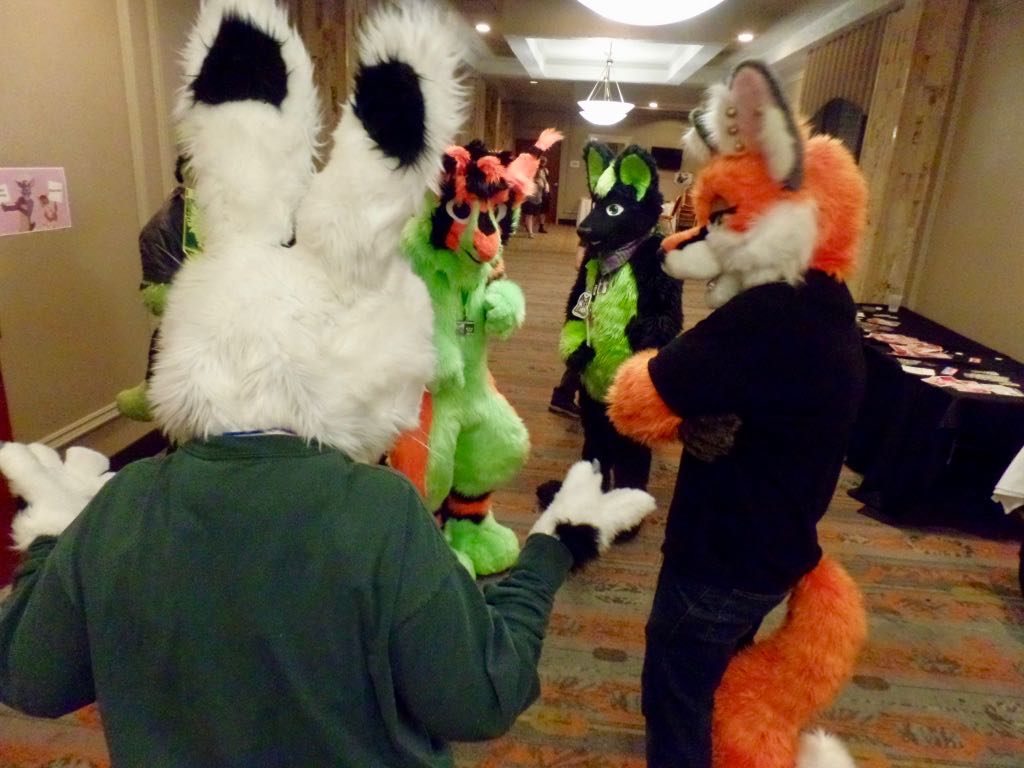 bunny_hugger feigns having no idea where the oranges were, keeping them to eat for herself. 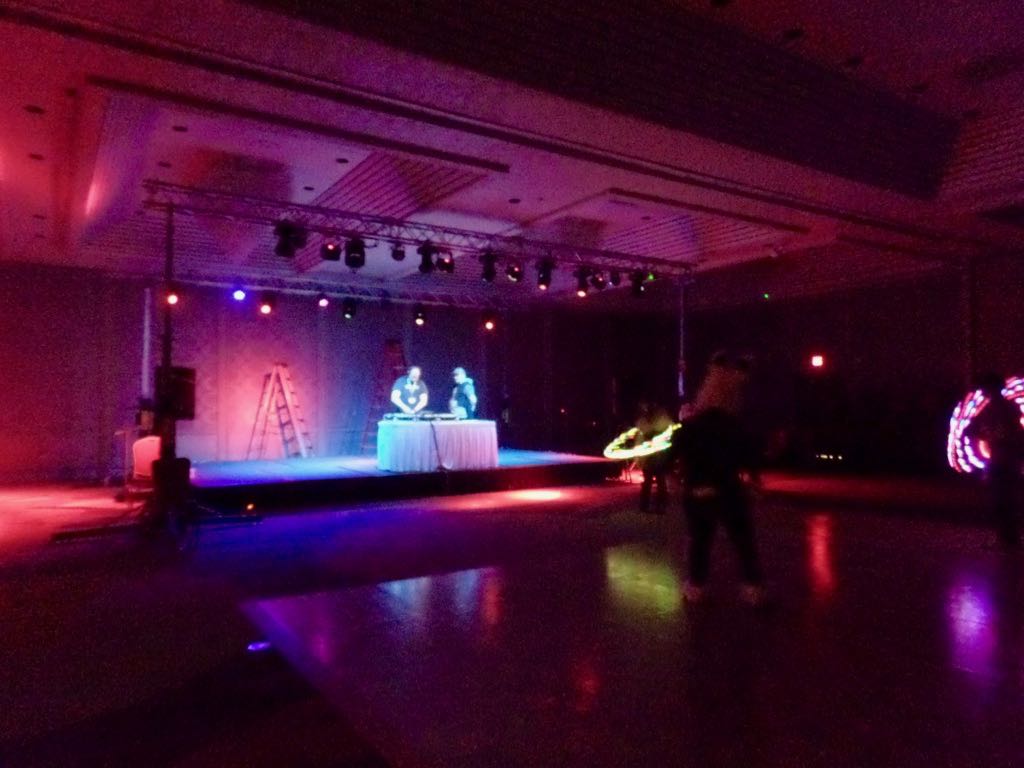 We stop in at the Dead Dog Dance, which didn't have much attendance, unfortunately. 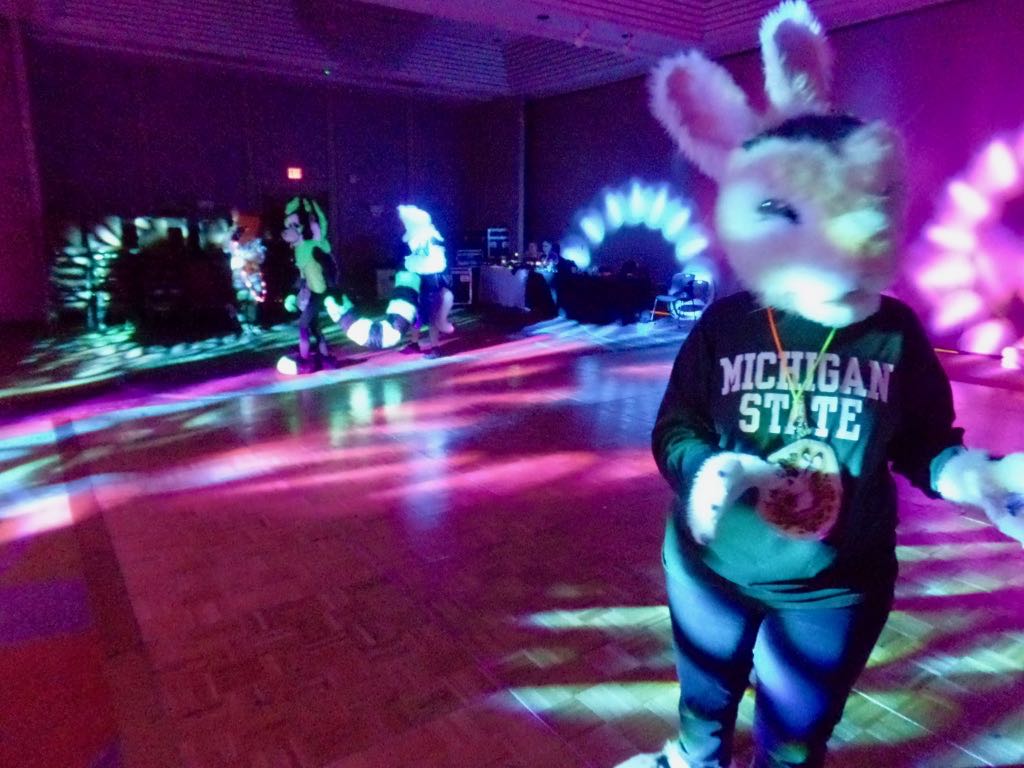 bunny_hugger takes the spotlight for a moment. Also whoever is in back gets some help with the ringed tail. 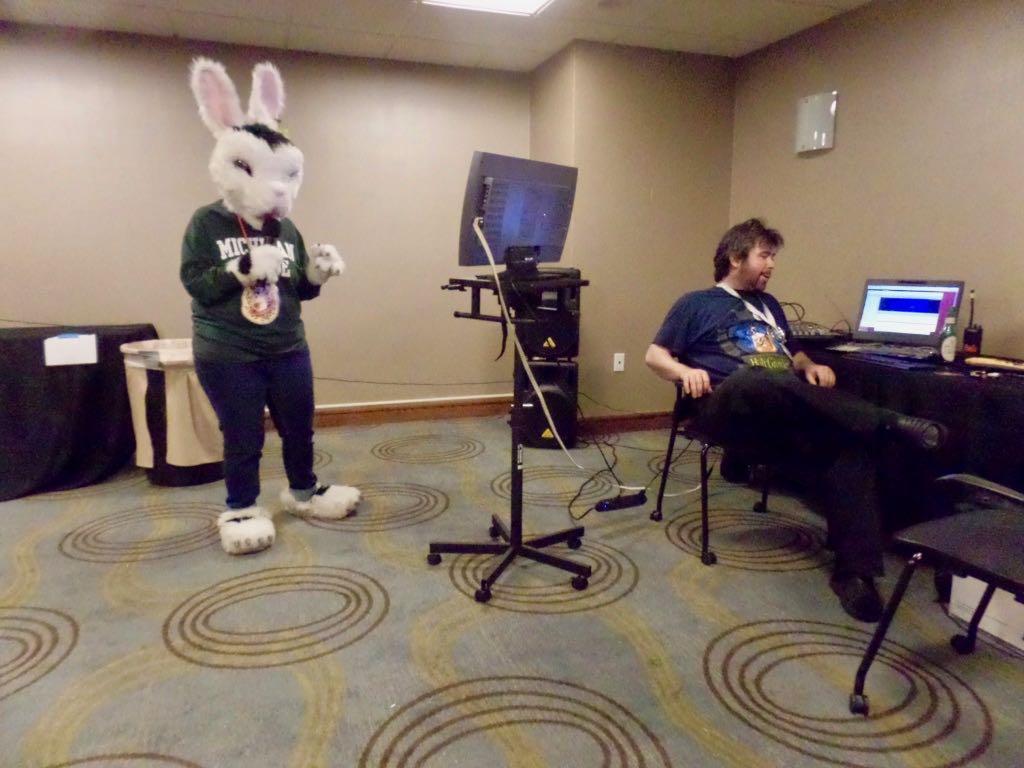 With the dance wrapped up we went to a bit of karaoke.

bunny_hugger did some rare speaking in-suit for this, since, eh, it was basically just me and the guy running karaoke there. 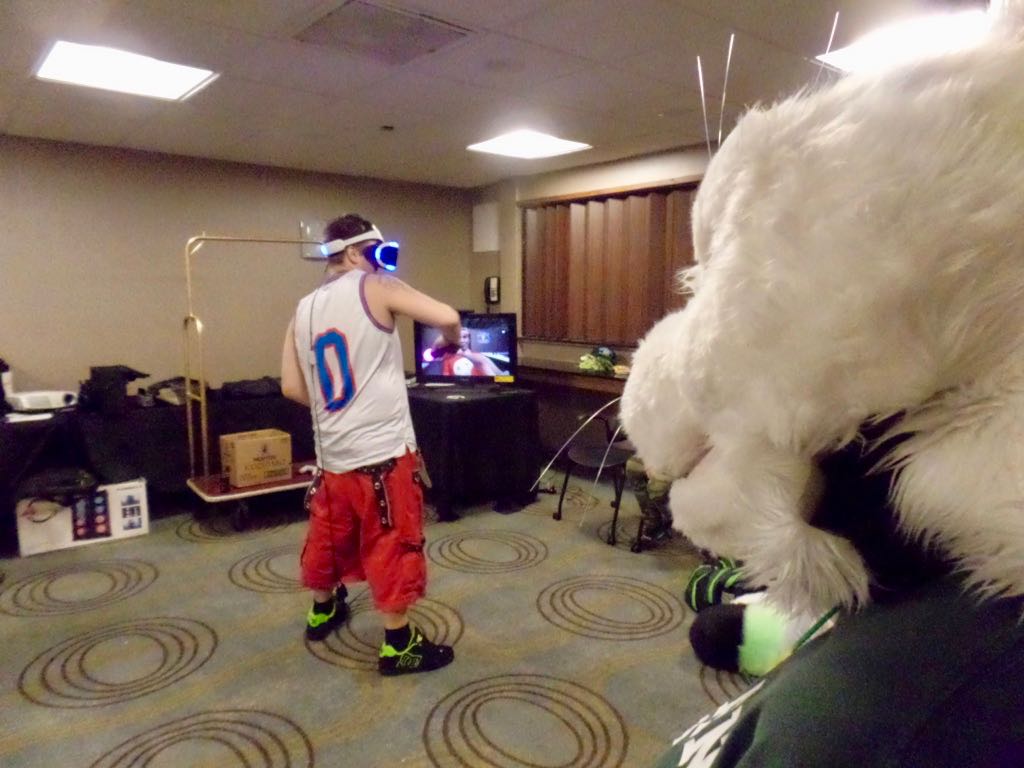 Later, they set up a virtual reality gaming rig and we watched them play a pretty silly game of Drunken Bar Brawling. The game's premise that one is severely intoxicated made the dubious motor control of the game work and this was all quite fun to watch for a while, anyway. 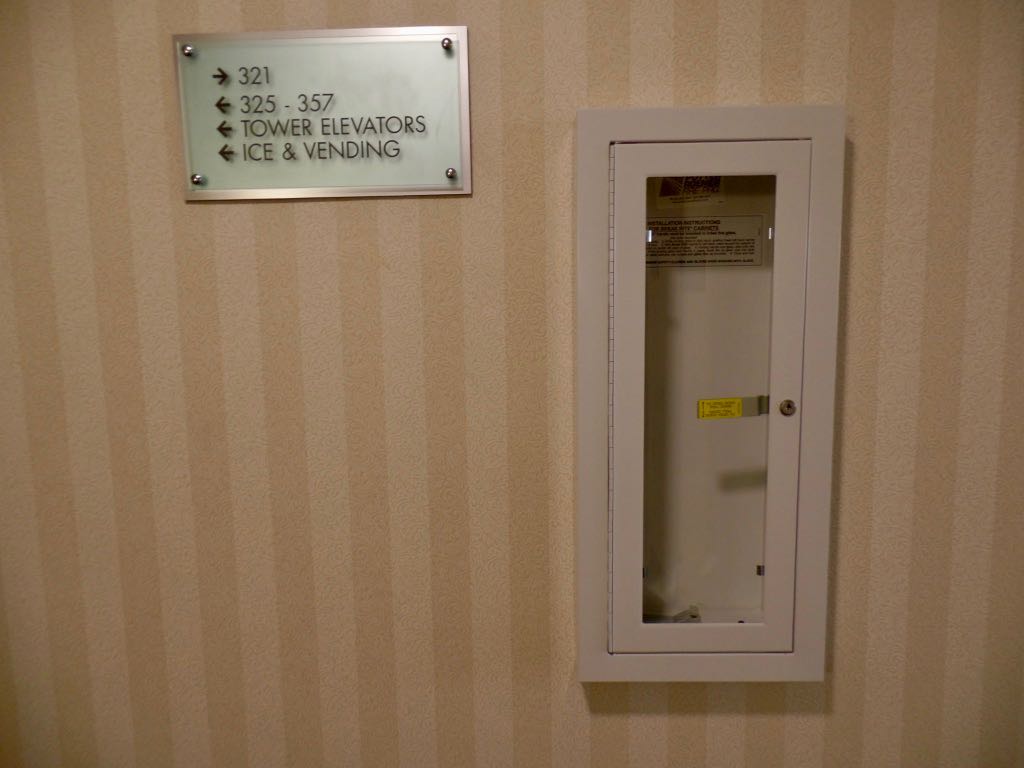 And one quick last picture of the hotel: in case of fire, break glass and ... ?

Trivia: An hour and 22 minutes before the scheduled liftoff, a pump replenishing liquid oxygen in Apollo 12's Saturn V rocket failed. Launch director Walter Kapryan chose to continue the launch anyway; delaying a day would have forced the landing to move to an alternate site. Source: Where No Man Has Gone Before: A History of NASA's Apollo Lunar Expeditions, William David Compton. (Or they could have delayed a month, but this would have been a last resort.)

PS: My 2019 Mathematics A To Z: Versine, a trig function you probably never heard of, and for a reason, although it's really great to use if you do need it.