He'll search in every pumpkin patch, haunted houses far and near

And that brings us to Halloween. Each year we get together with

bunny_hugger's parents to carve pumpkins. With the rush of events once more we couldn't go to Uncle John's pumpkin farm; I picked some up at Horrock's, the local overgrown farmer's market. Fortunately I knew what she wanted in a pumpkin: a great long stem, and green. There were plenty of green pumpkins; we don't know if this was caused by how there were like 140 days of heavy rain back in June. Anyway, I found one just right for her, other than that it was the size of a yoga ball. The shell was fearsomely thick. The carving knives were barely long enough to get through the shell. For that, though, it was easy enough to empty.

bunny_hugger carved a nice bat pattern into hers.

We also watched our DVD of It's The Great Pumpkin, Charlie Brown. This turned into a fine family mess. Her parents' DVD player stretched the show, 4:3, to fit the 16:9 dimensions of a modern TV. And I went and said something about it. Her father, keeper of the excessively complicated remote, insisted that he didn't even notice the wrong aspect ratio and that it was just fine, really. We insisted this only made sense if he didn't know how to change the aspect ratio. Which, likely, he didn't. But he yielded to

bunny_hugger and then to me the remote and we fussed around with it and found, in under about 90 hours, how to reset this. But it set off a fight about the remote, which somehow contains a miniature screen of its own, and which has far too many buttons of far too obscure functions. Her father got upset that I had somehow messed up the screen for playing DVDs.

This came to a side argument about whether it was necessary, as her father said, to eject a DVD and then put it back into the player to start playing it. This is obvious nonsense. We allowed that this was a way to start playing a disc but was not the only way, or even the design way. Her father took to defending the remote control's honor, and his decision to buy a second of the same awful model after the first broke, and his decision to throw away (?) the remote control the TV originally came with. His argument was that it was the only one that could work for all their stuff. And that

bunny_hugger's threat to replace it with a remote control that makes sense was hopeless: the guy from Best Buy had to program this one. This may seem like too slight a fight to have, much less to get heated, which is why it felt so unstoppable. There wasn't anything to do but leave.

We carved pumpkins the night before Halloween, the better to keep them from being devoured by squirrels before trick-or-treaters could see ours. The squirrels haven't been interested in our jack-o-lanterns, though. They're not unwilling of eat gourds. They've eaten the decorative gourds we set out back after they went off; they just haven't gone after the jack-o-lanterns.

And there would be no trick-or-treaters. Halloween was once again a cold and rainy one. Not a storm as severe as the one a few years ago, when the tornado siren signalling the start of trick-or-treating was mistakable for an actual tornado siren. But cold and unpleasant, with rain turning to sleet turning to snow and slush. Few people come to our house even in good years. This time? No one came.

We stayed inside, watching horror movies and hudding in from the cold. We thought a little about going out to the local hipster bar, but decided against it. In past years it got too busy by 10 pm to really be pleasant, and this year Halloween was a Thursday, the start of the weekend for Michigan State University students. It would be too much to do. So we stayed inside, instead,

bunny_hugger wearing her Stitch kigurumi and me Angel, Stitch's girlfriend, and watched some more horror movies.

Trivia: After the Apollo 12 lightning strike there were nine telemetry sensors, none essential to the flight, which were not working. Source: Where No Man Has Gone Before: A History of NASA's Apollo Lunar Expeditions, William David Compton.

PS: Exploiting My A-To-Z Archives: Unit Fractions, what seems like a footnote and turns out to just run through a lot of interesting topics.

PPS: How about a couple of rabbit pictures, from back when we had two rabbits? 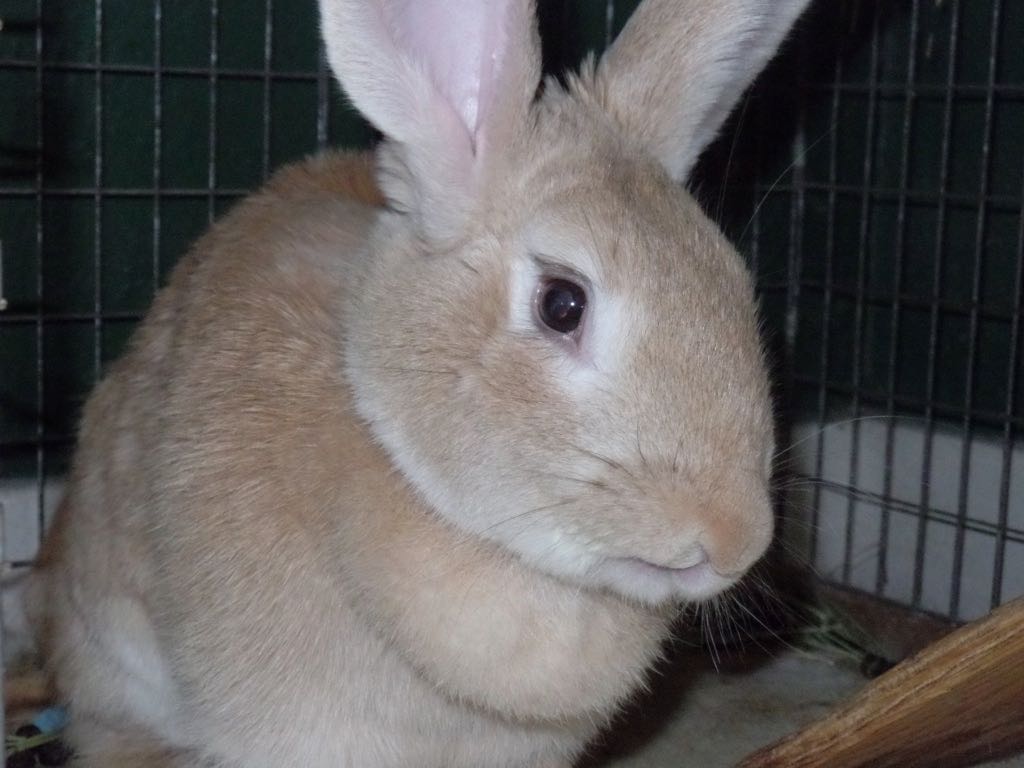 Look at this almost performatively innocent face on Sunshine. You can see how she knows she'll get in trouble for fighting with Penelope. Also, turns out she likes endive. Also everything else we've ever tried having her eat. But what's this? A grumbly cloud name of Penelope rolls in.