I'm coming to a realization about my mathematics blog. That is that to an extent, it's kind of convenient to not do my big Reading the Comics posts on a Sunday. Just doing the mentions of, oh, here's a comic that said mathematics but doesn't really inspire detailed discussion seems to fit my scheduling better. I should learn from this, but I probably won't.

I'm back on top of the story strips, though. Do you want toknow What's Going On In The Phantom (Weekdays)? Why are art students heading to Wambesiland? August - November 2019 gets its recap here.

So I try to get some pictures of Marvin's Marvellous Mechanical Museum each pinball league night. Here's some from the start of June 2018. 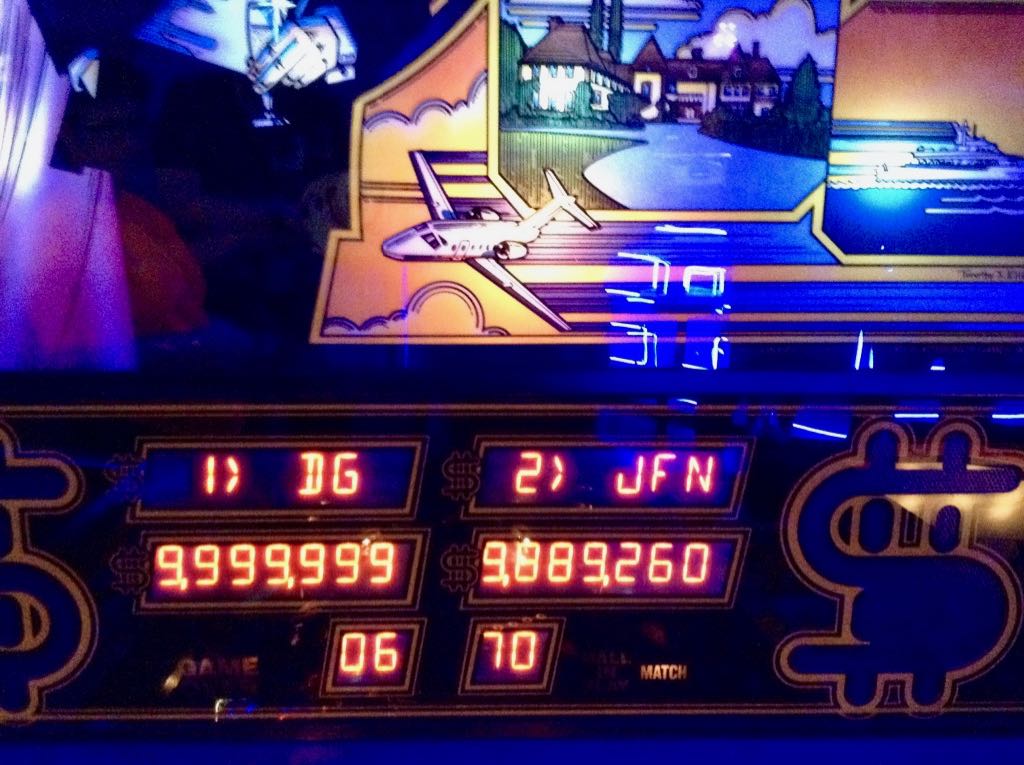 Oh, but. Before we get to Marvin's, though: we did a couple times go to The Grid, a painfully self-aware hipster barcade which got a novel-looking set of pinball games in and has unfortunately allowed them to decay into bare playability. But this is from one day when we did visit and I had a distressingly good game on Millionaire, a late-solid-state game that's got an honestly pretty limited gameplay but some hilarious audio clips. Anyway, with the aid of an outlane gate that was stuck so it always returned a ball from the right outline to the plunger lane (it's supposed to only do that if you've earned it), I got to within a whisker of the maximum score the game can display. It's not quite a pinball kill screen --- you can see, the game will just record a score above ten million as 9,999,999 --- but oh, it was so near. 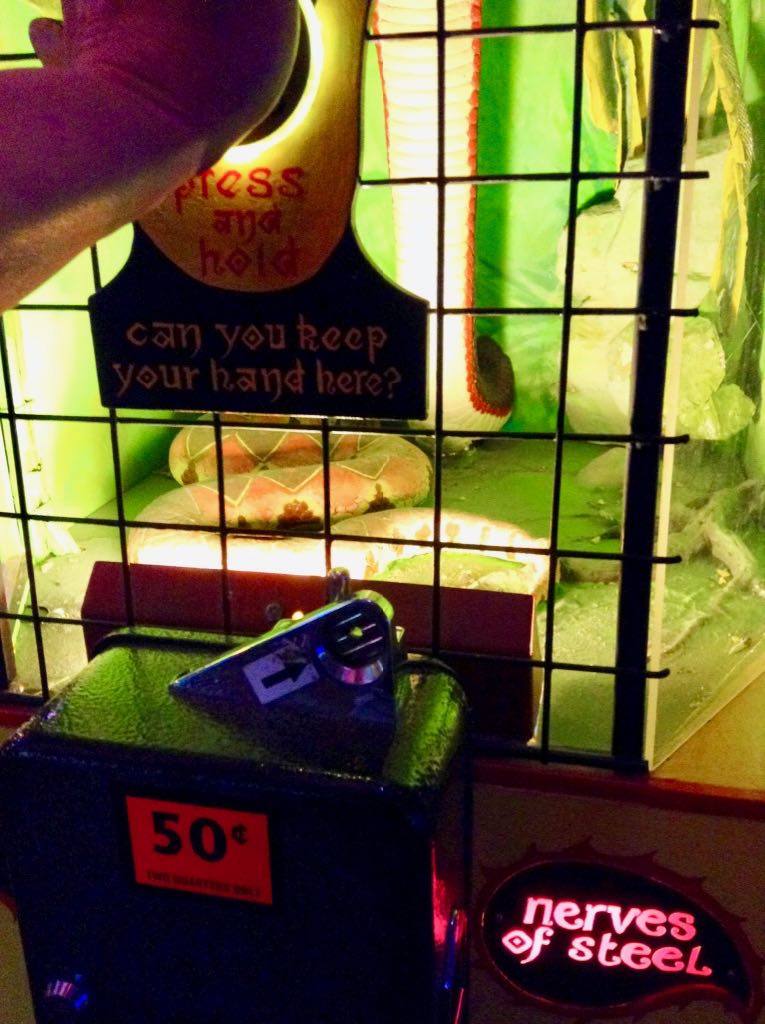 Now we're at Marvin's. I did my usual test of nerves against the mechanical striking King Cobra, which was having one of those days where it was working just fine. I think it was even spitting out cold water, too, as part of the shock. 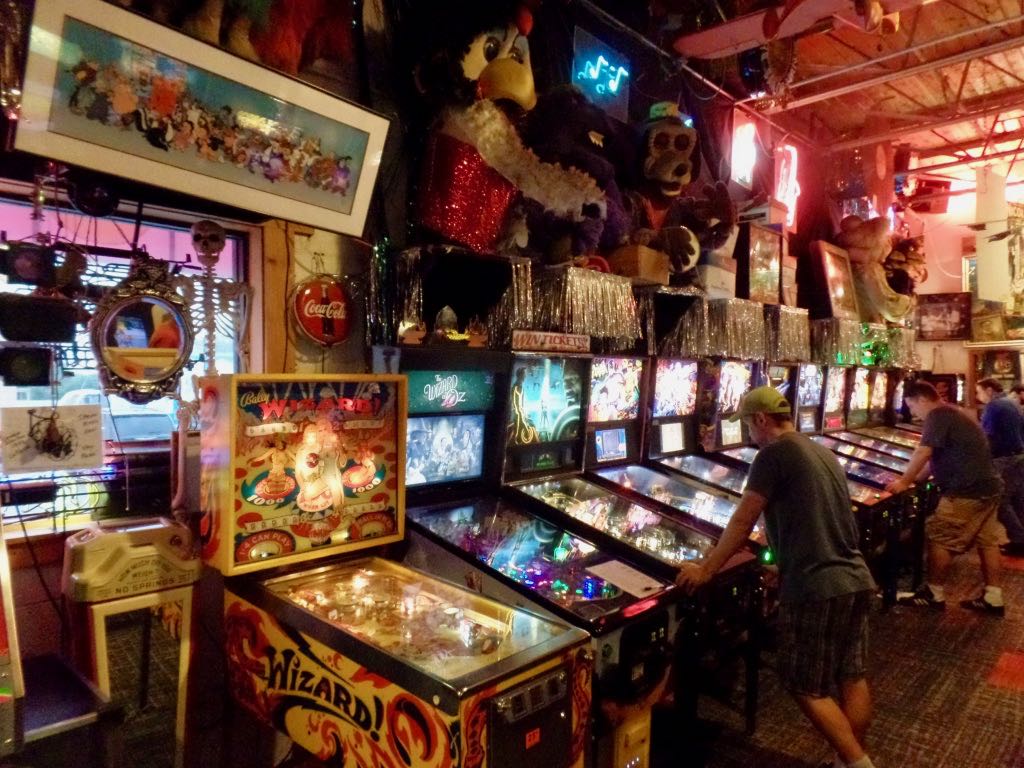 The row of pinball machines at Marvin's. The first several tables there are the electromechanical Wizard, the Jersey Jack Wizard of Oz, the Stern Tron and Batman 66 and ... you know, not a single one of those games is still there. I think that's Iron Maiden just past Batman, though, and that's still there? I think? Maybe? (It is not still there.) 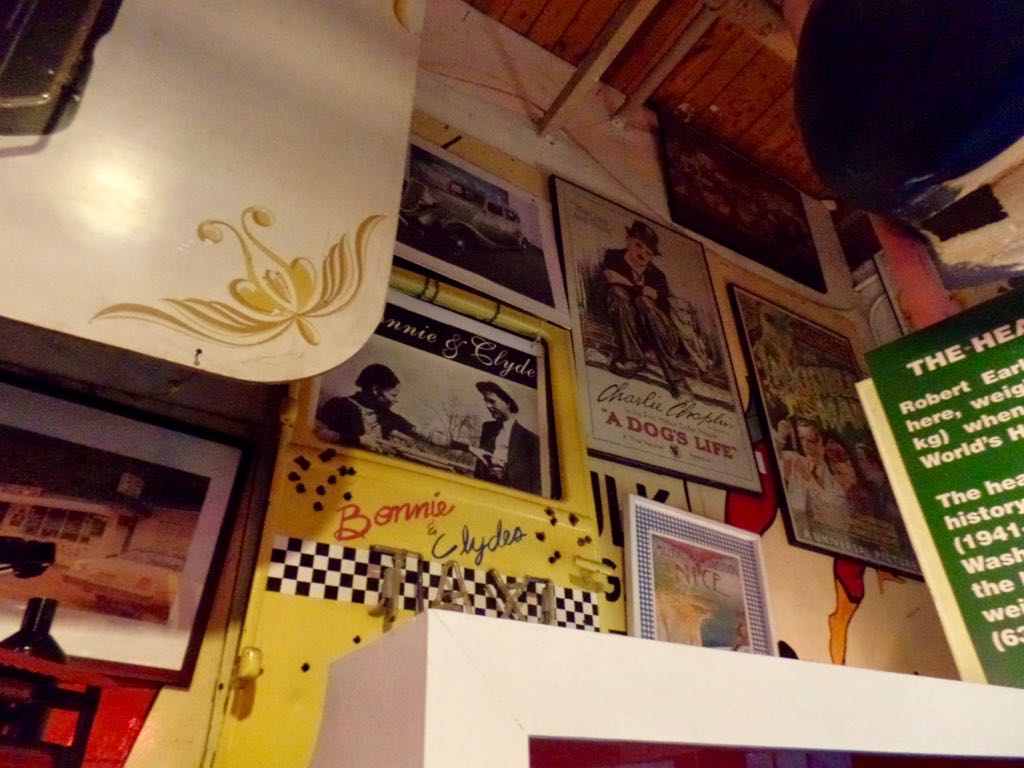 Walls at Marvin's, including a miscellaneous bunch of movie posters. 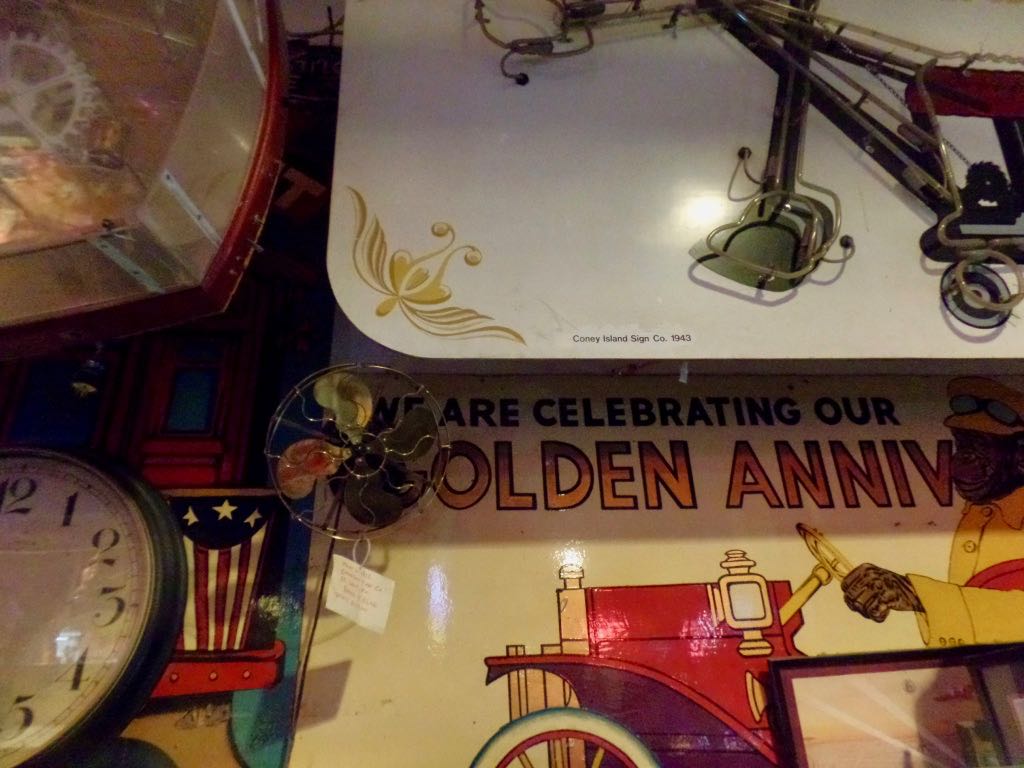 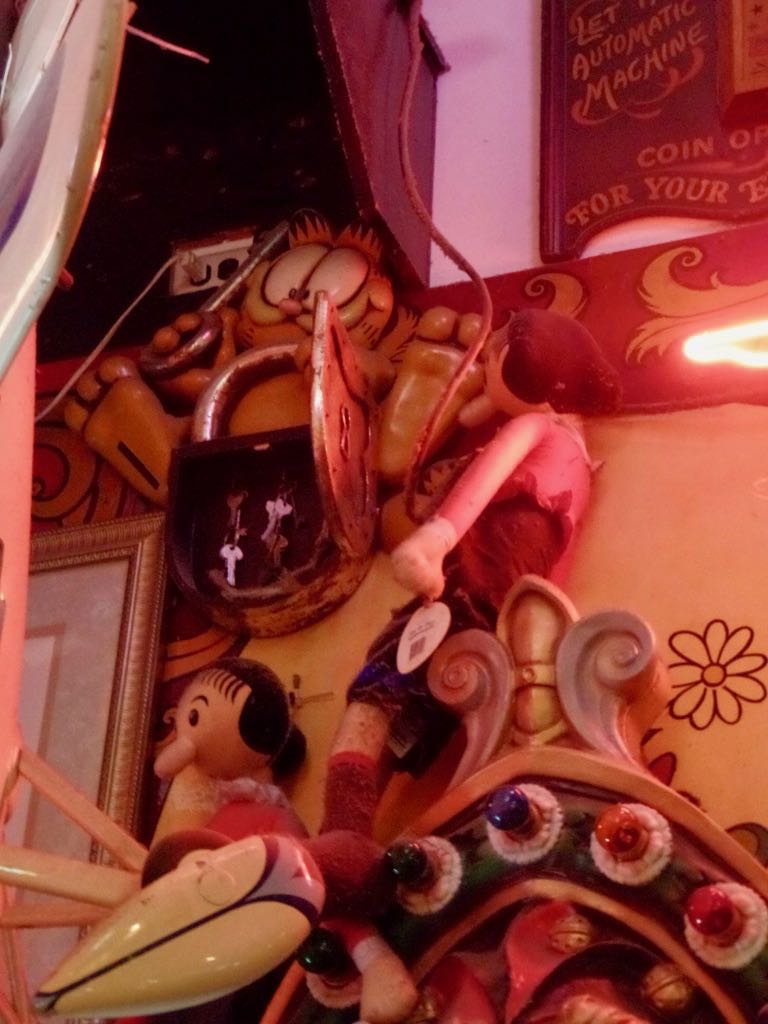 What could possibly need explanation here: it's just several Olive Oyl figures along with a Garfield who's sitting spread-legged on a giant opened lock. 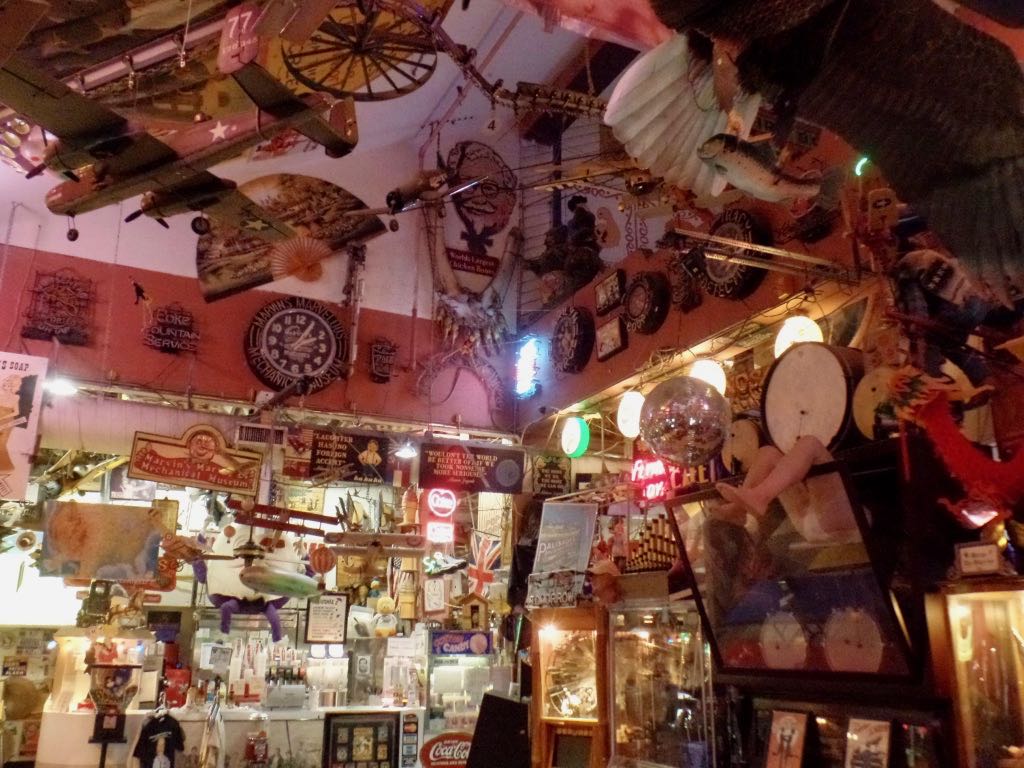 Can you spot in this picture where the snack counter is? 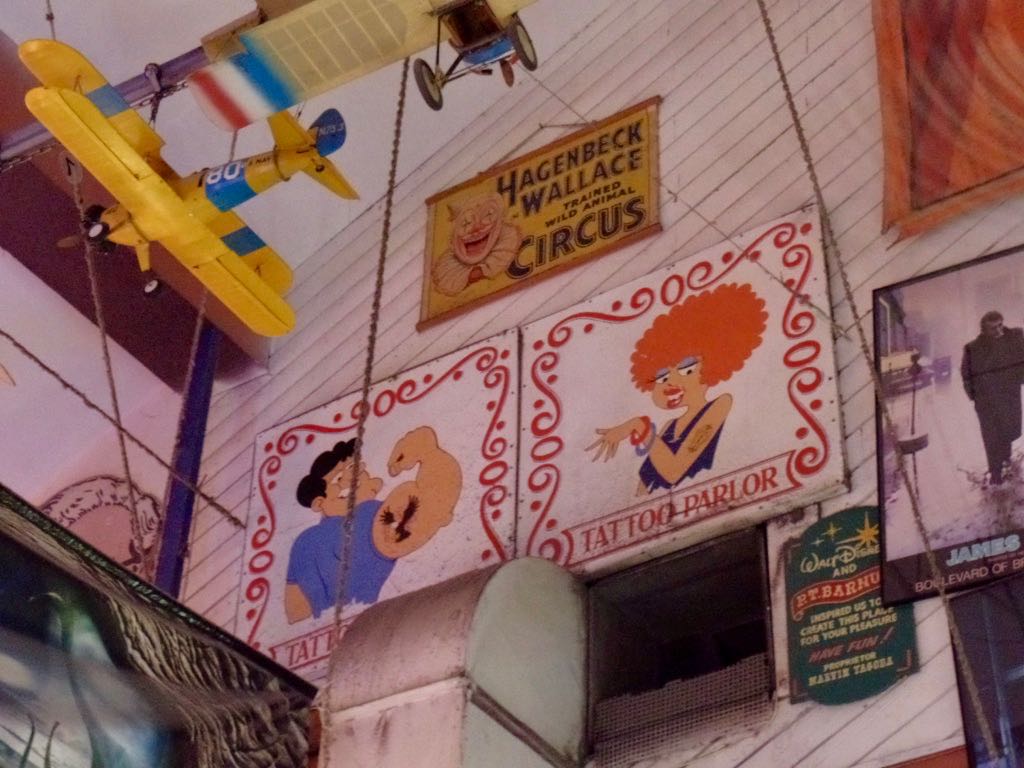 More wall posters in yet another corner of Marvin's. I don't know whether that's a vintage or a reproduction sign for the Hagenbeck Wallace Trained Animal Circus. 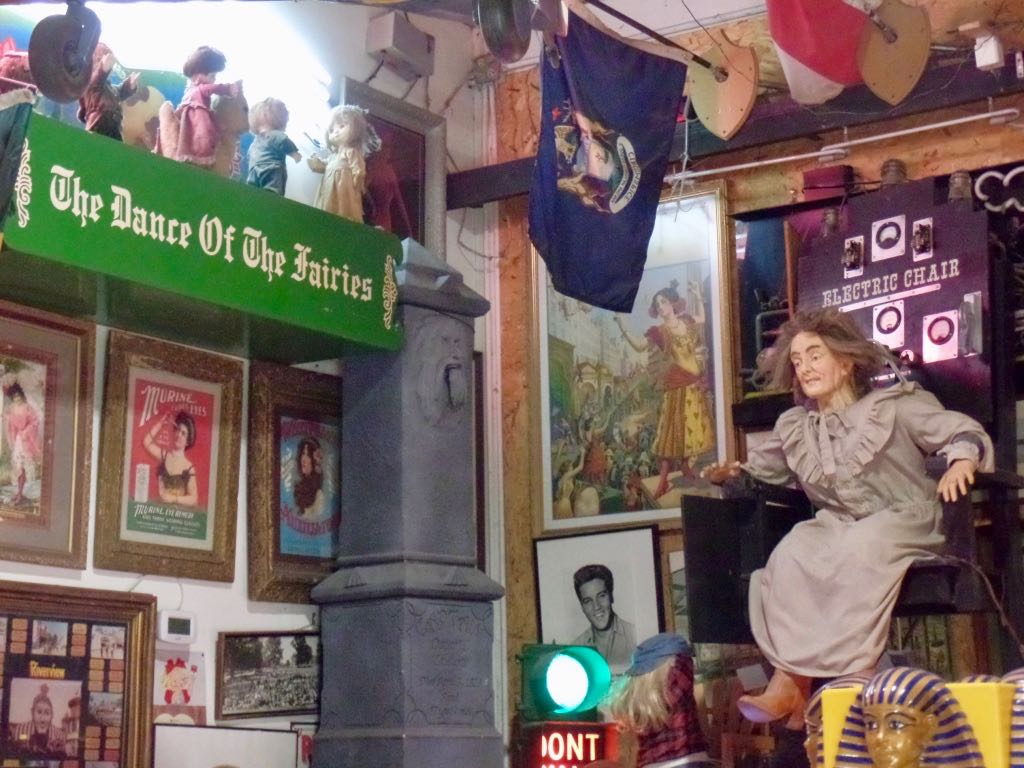 And here, a corner near the women's bathroom. Also the rough vicinity of where our letterbox was first planted. 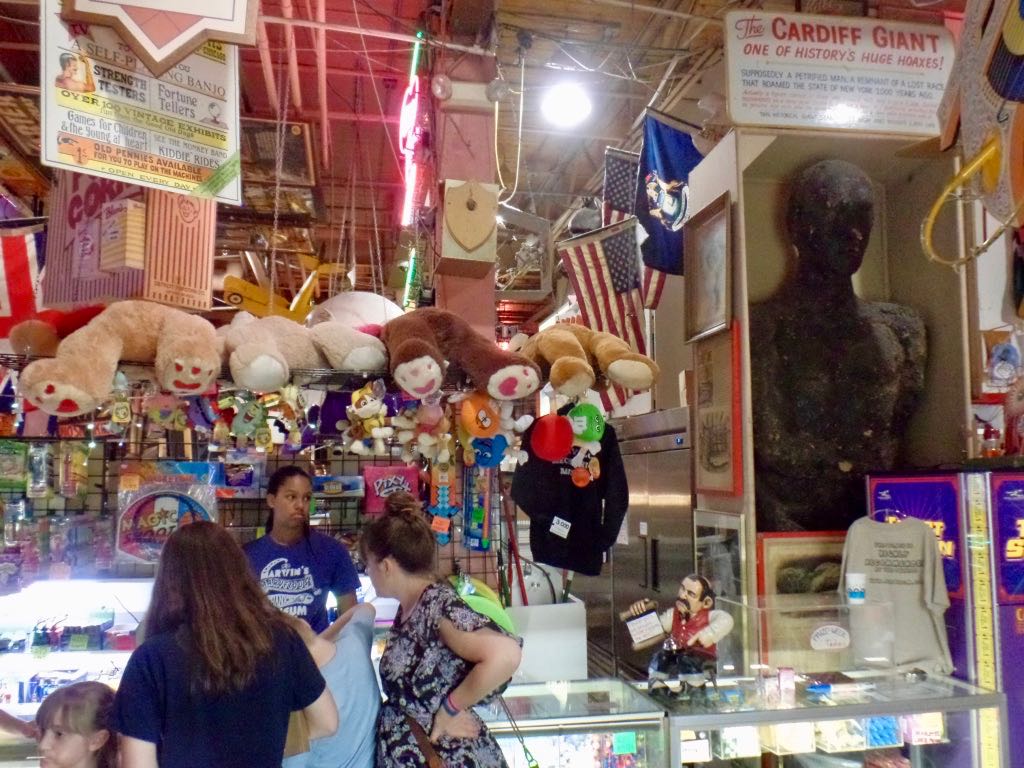 The Marvin's ticket redemption counter and, to the right, what they say they believe to be P T Barnum's Cardiff Giant. 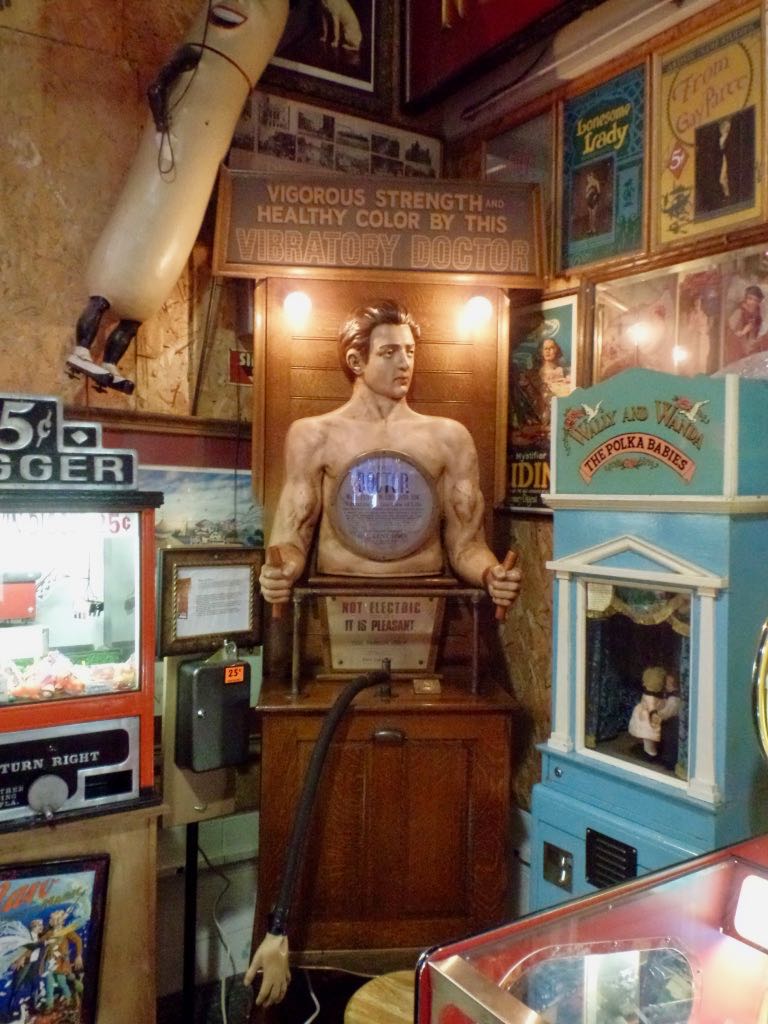 And another of those penny arcade machines where you squeeze a thing, in this case, the Vibratory Doctor. And if you're not already convinced to give this a try consider the ballyhoo sign under his torso there ... 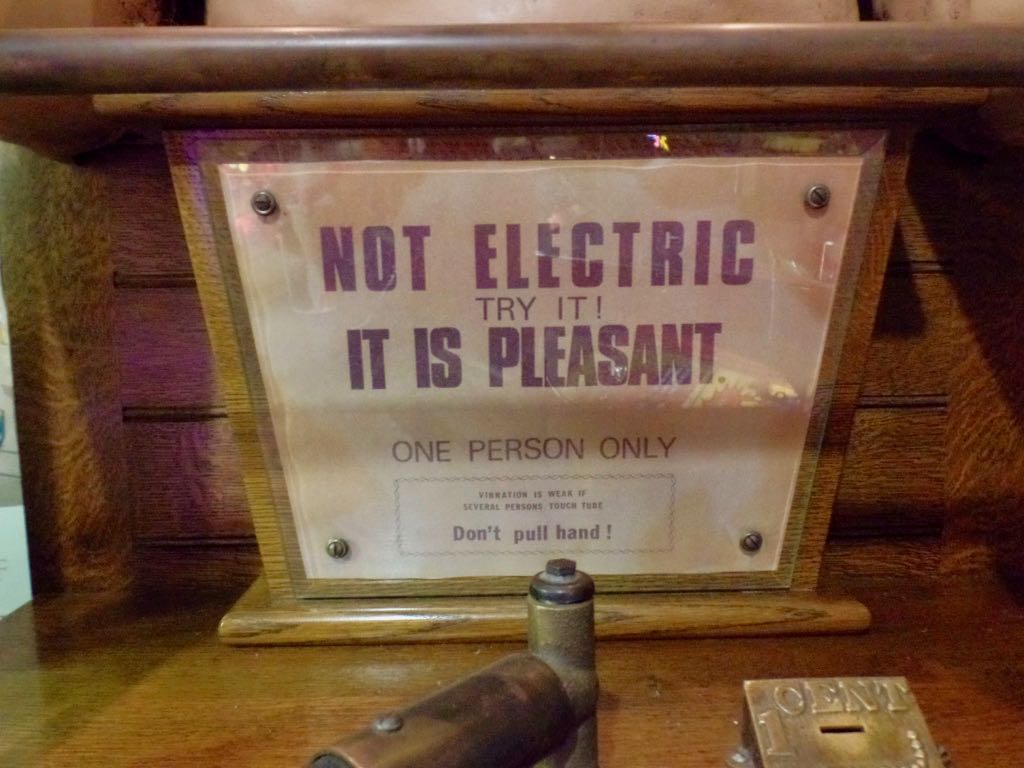 It's not electric yet it is pleasant? Who isn't in for that?

Trivia: When the lunar module Intrepid separated from Yankee Clipper the spacecraft were about five miles north of the intended ground track. Much of the error was due to poor understanding of lunar mass concentrations and how they perturbed orbits. Source: Where No Man Has Gone Before: A History of NASA's Apollo Lunar Expeditions, William David Compton.