At the barricades of freedom

Never mind the subject line; it makes the rest of this week's subject lines fall a little better, is all that's important. This is my chance to check back in on my humor blog, which had another successful week in that I didn't run out of stuff for the content hole. Here's some examples of content:

And now let's close out this look at Marvin's. Don't worry; there'll be more visits to Marvin's in the future. 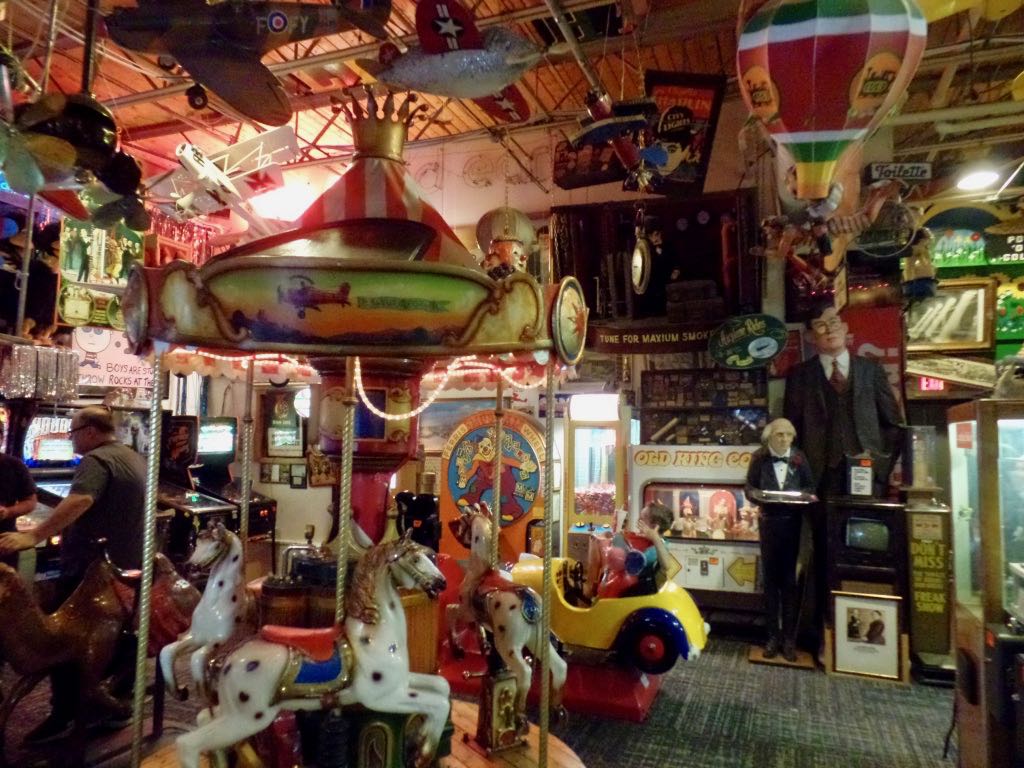 More of my pointing-in-random-directions at Marvin's. On the right there you can see the World's Largest Stephen Colbert. 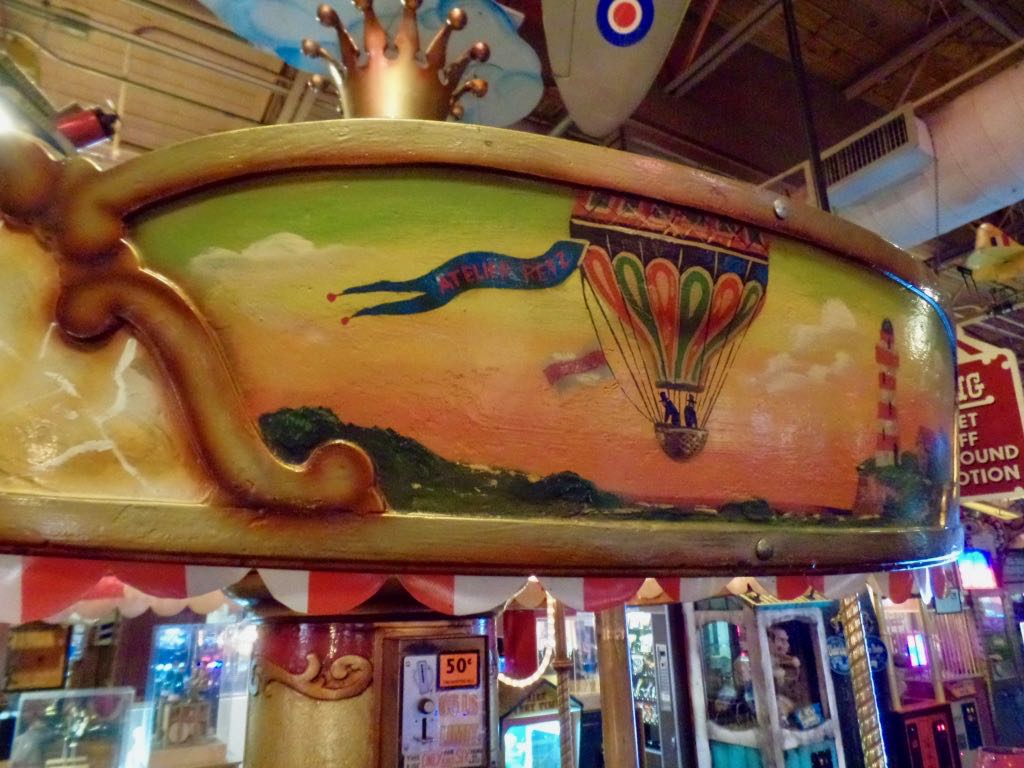 Close-up of the rounding board for the coin-op three-person carousel; the name Atelier Petz on the balloon is so peculiar that I finally realized it's got to mean something. 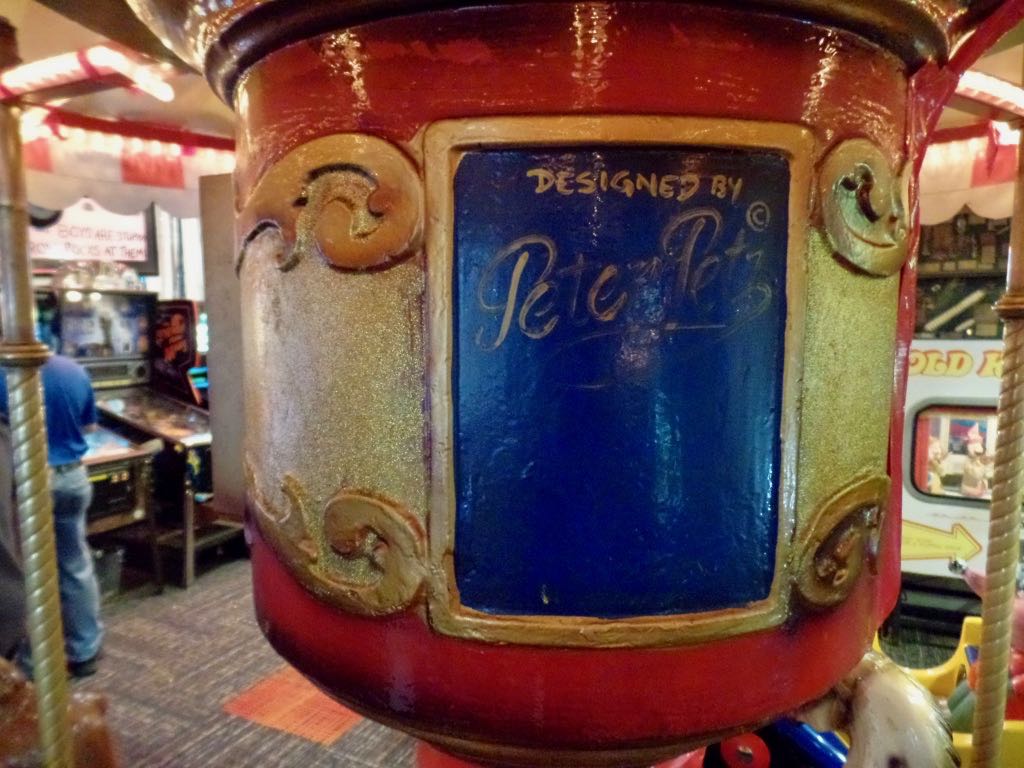 So the Peter Petz company manufactures carousels like this, as well as other amusement park or carousel rides. Their web pages are dated from 2003 through 2009 so the prices are maybe out of date but at least at one point you could just buy a whole miniature park for 130,500 euros. 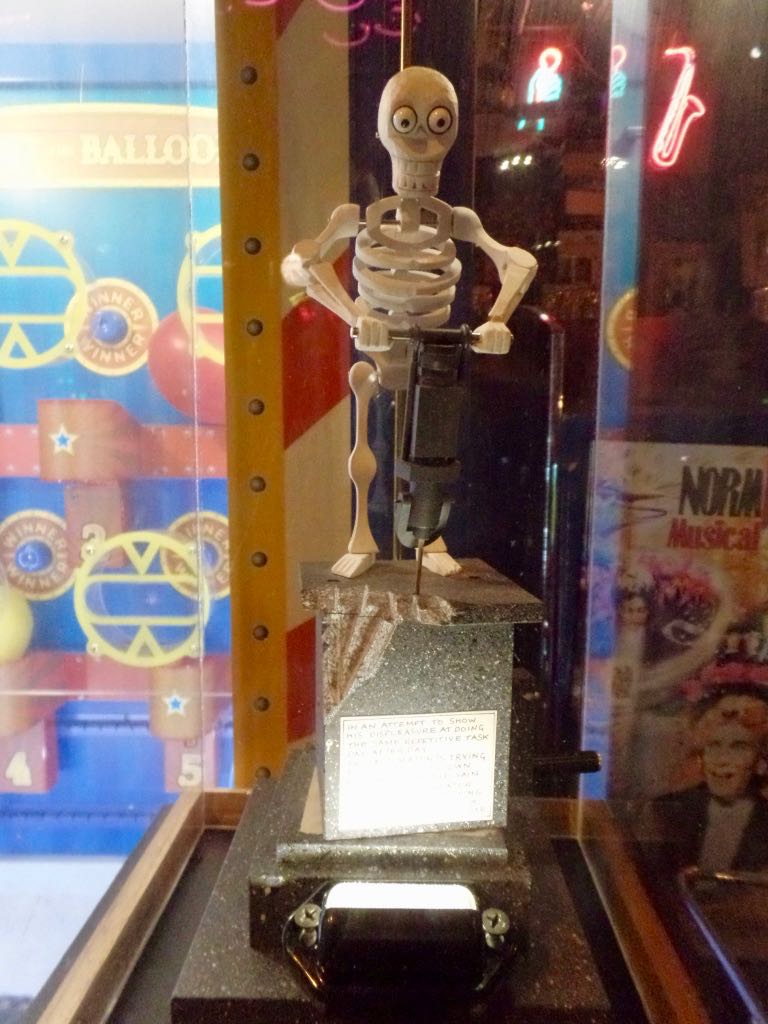 Some more automata; here's a skeleton who's destroying his own base, which I think is meant to be a statement of something or other. 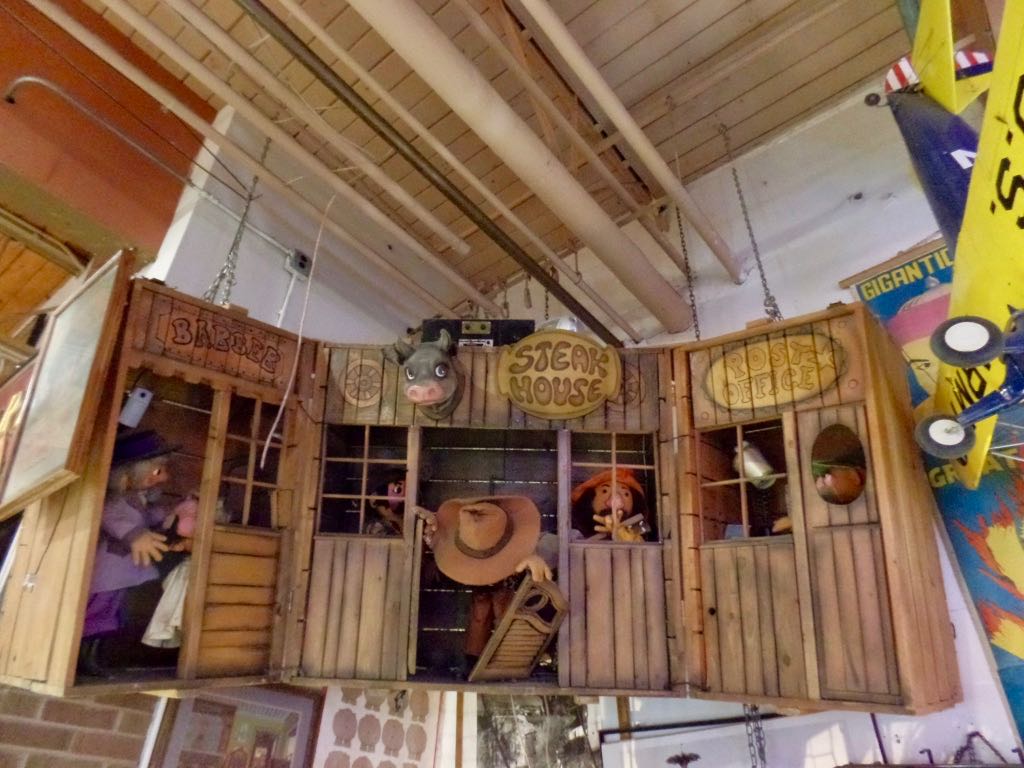 Another of many corners: some kind of western town set with puppets, its origin and purpose still a total mystery. 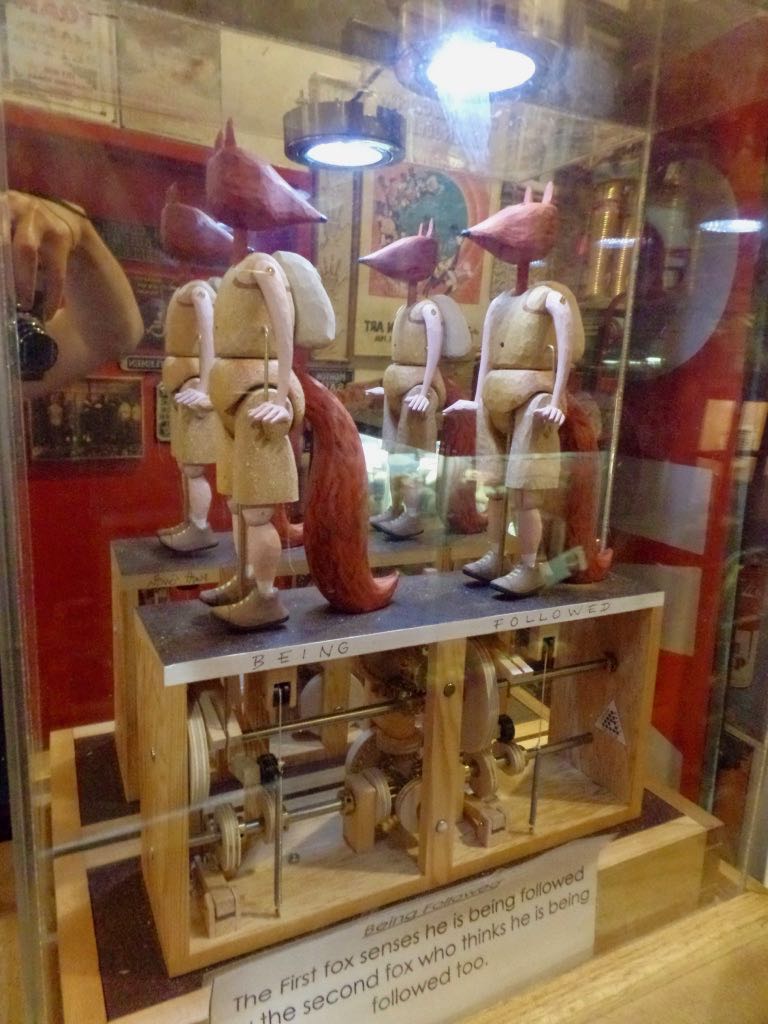 Here's one I keep noticing and thinking I haven't paid attention to before. (It's right near the men's bathroom.) Like the sign says, it has the foxes walking, and checking behind them, because they think they're being followed. 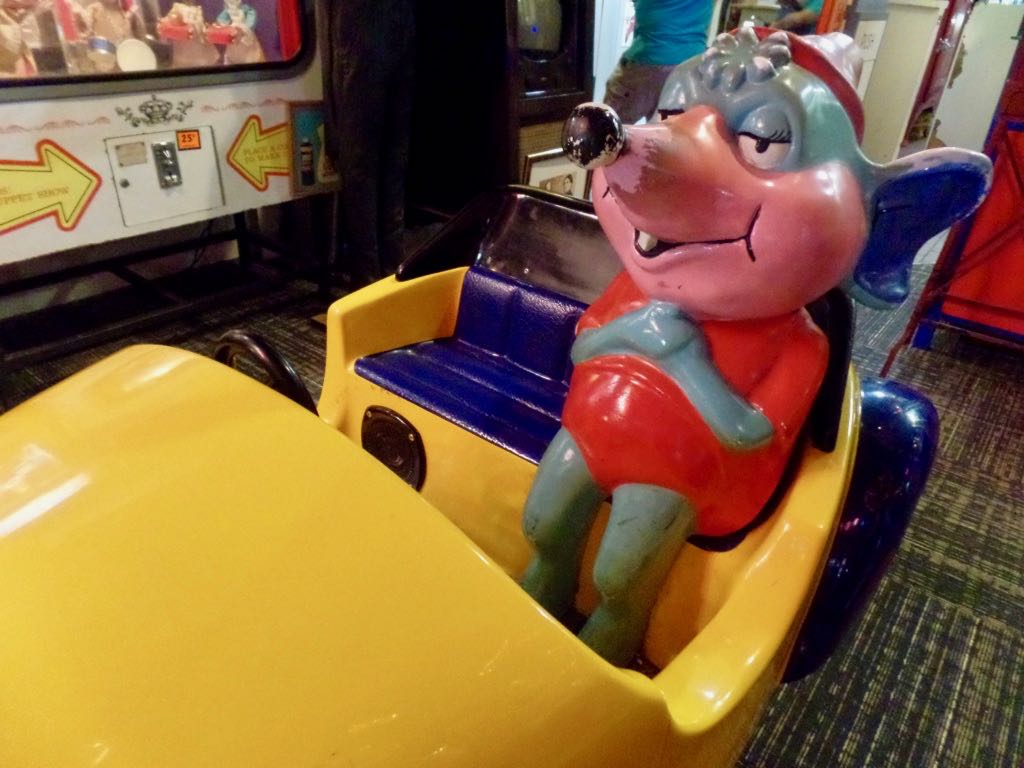 A slightly drowsy-looking mouse who'll go on a car ride with someone who's got coin. It takes pictures too. A couple months ago they repainted this, during a pinball league night, so I'm glad to have a photo of the old look for comparison. 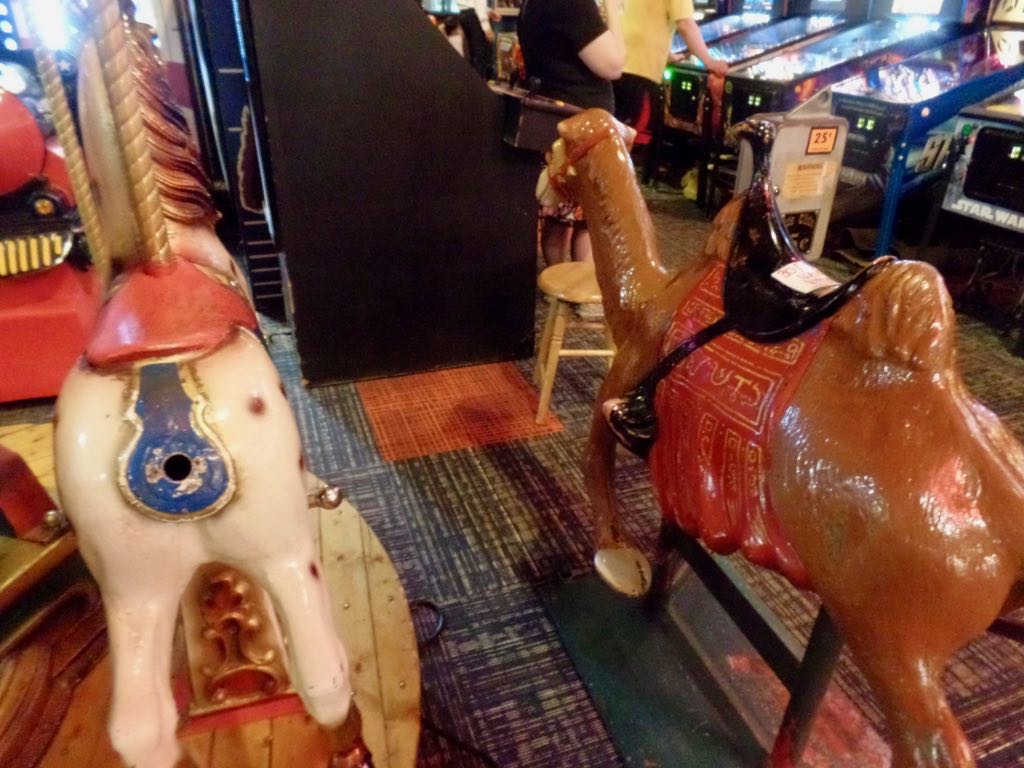 Here's a look at the carousel, and a freestanding camel, with a view of the end of pinball league night in the background. 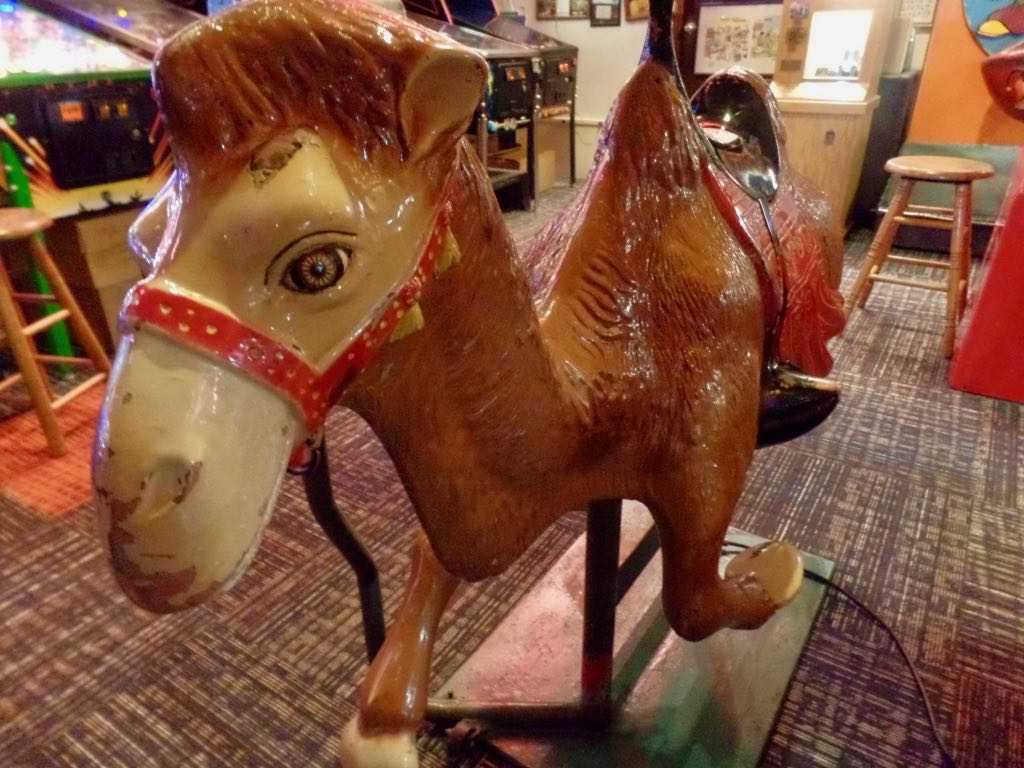 And a closer look at the camel while time allows.

Trivia: Both Pete Conrad and Al Bean returned from the two Apollo 12 moonwalks with about two-fifths of their oxygen supply remaining, and having used about 10 percent less energy than anticipated. Source: Where No Man Has Gone Before: A History of NASA's Apollo Lunar Expeditions, William David Compton.

Currently Reading: Vegetarian America: A History, Karen Iacobbo, Michael Iacobbo. And yeah, they mention the episode of Next Generation where Riker talks about no longer enslaving animals for food purposes.

PS: My 2019 Mathematics A To Z: Chi-squared test, a bit of statistics work.