We're coming up on the end of my mathematics blog's longest continuous writing streak: there's been a post each day for twelve weeks straight now. This week I figure to finish off the alphabet, for my A-to-Z, and next week should see the post-sequence thoughts, and then I can take a rest and go back to, like, two posts a week. But until that happens, here's what's happening:

And a fun story strip today, because it didn't need me to write too much: What's Going On In Prince Valiant? How did Valiant escape the lions? September - November 2019 in review.

In June 2018 we made an early-season trip to Cedar Point. We wanted to get a ride on the new Steel Vengeance roller coaster. We picked a day that was a bit rainy. Which is honestly good for our needs, since that keeps the crowds down and we don't insist on everything running and our being able to get on everything in one trip. (We have season passes, and make multiple visits, so we don't ever have the rush to do things at Cedar Point or Michigan's Adventure.) It was an overcast and stormy day at Cedar Point. Here, you see the tops of Power Tower and Top Thrill Dragster erased by fog. That seagull on the parking lot lamp thinks he's so cool. 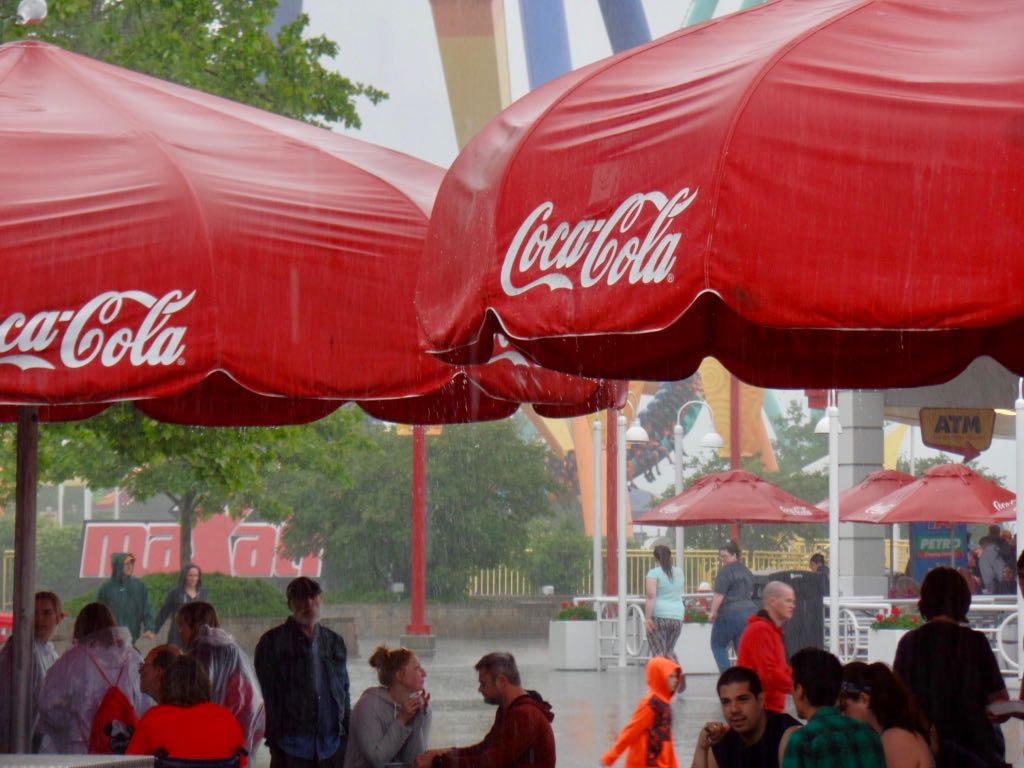 A downpour broke out and we sheltered in a soda station. The poor people on MaxAir, though, had no choice but to keep swinging in a great arc through the rain. 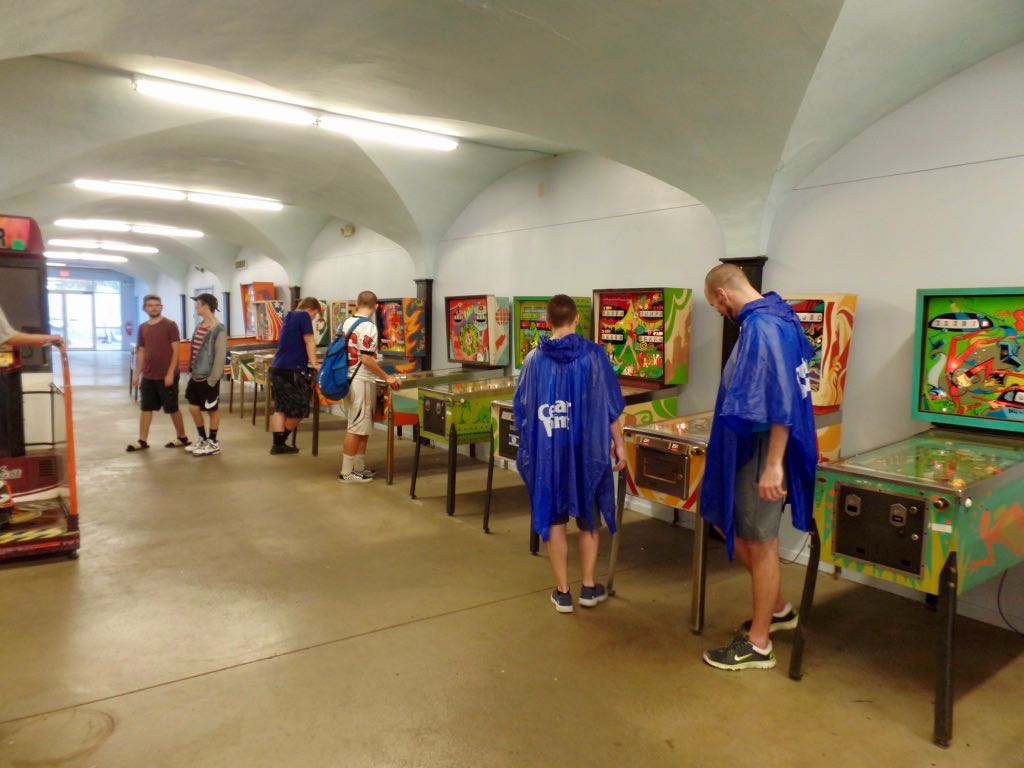 With the rain not letting up we took shelter in the Coliseum, which was having a busy day for pinball playing, considering. 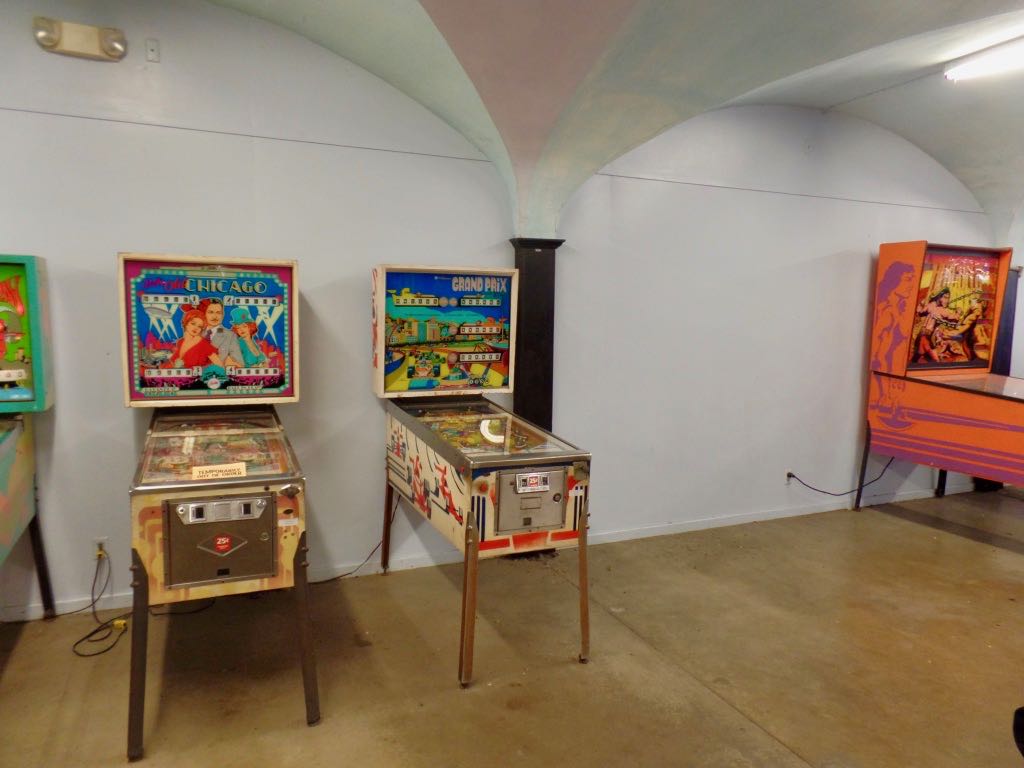 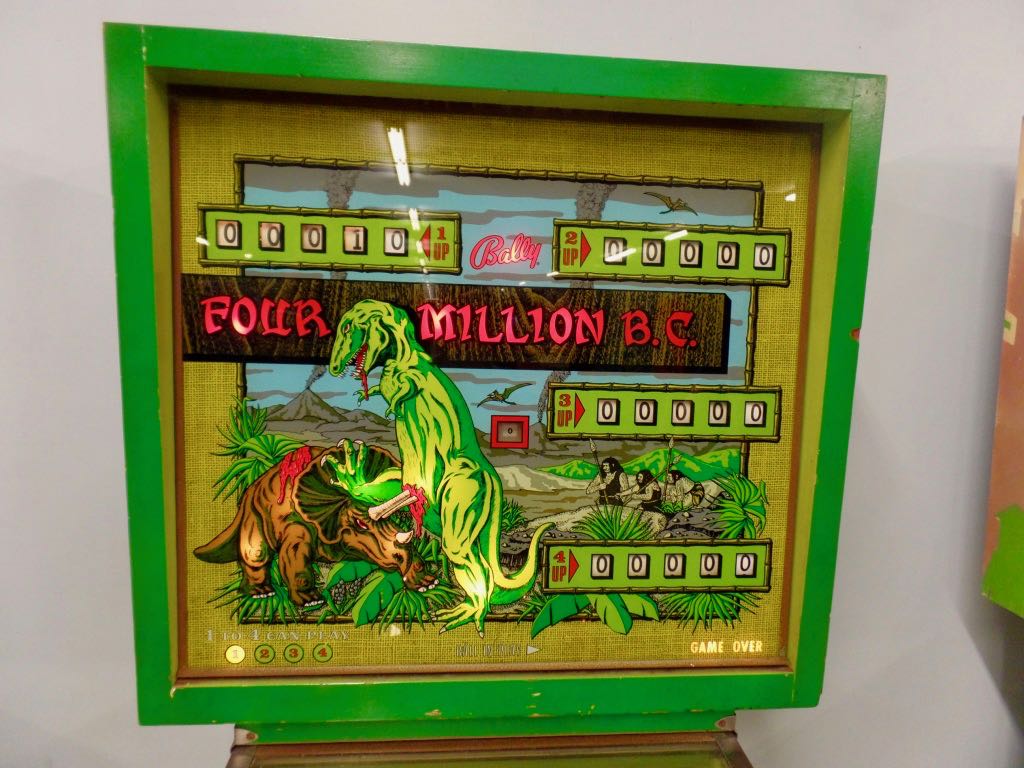 Somebody under-performed on this game of Four Million BC. I bet they tilted. 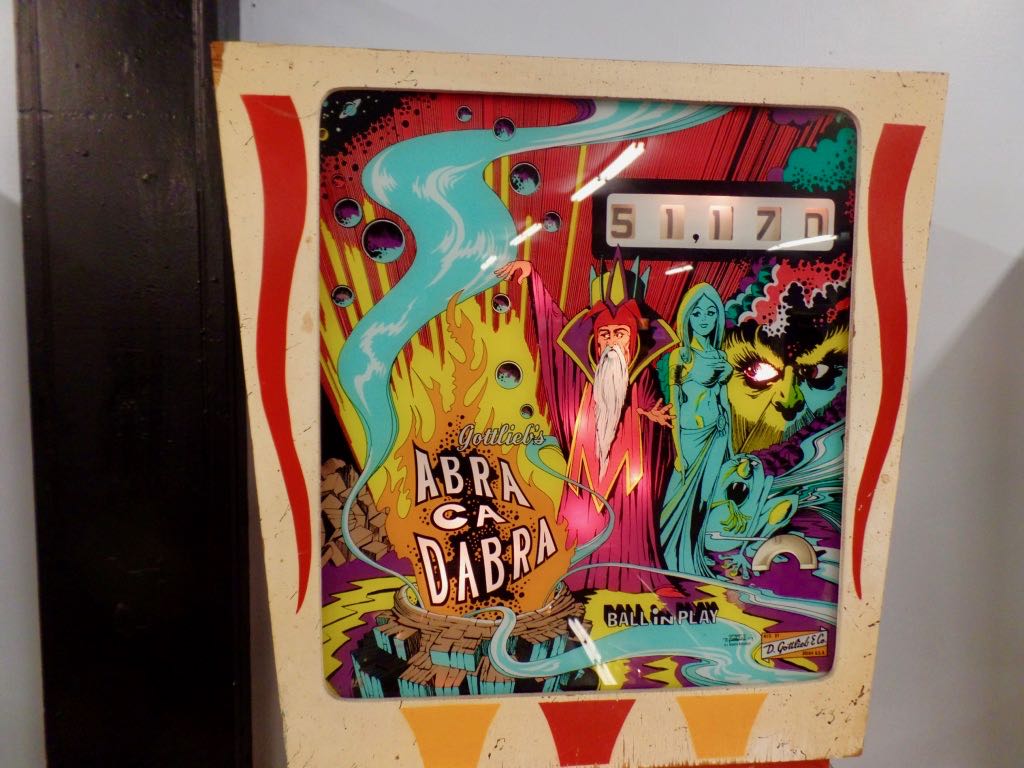 So on this worn-down busted up poorly-maintained Abracadabra I got halfway to rolling the game and I don't see how that's possible when the one now at Marvin's, in good working order, I don't think I've ever beaten 40,000. 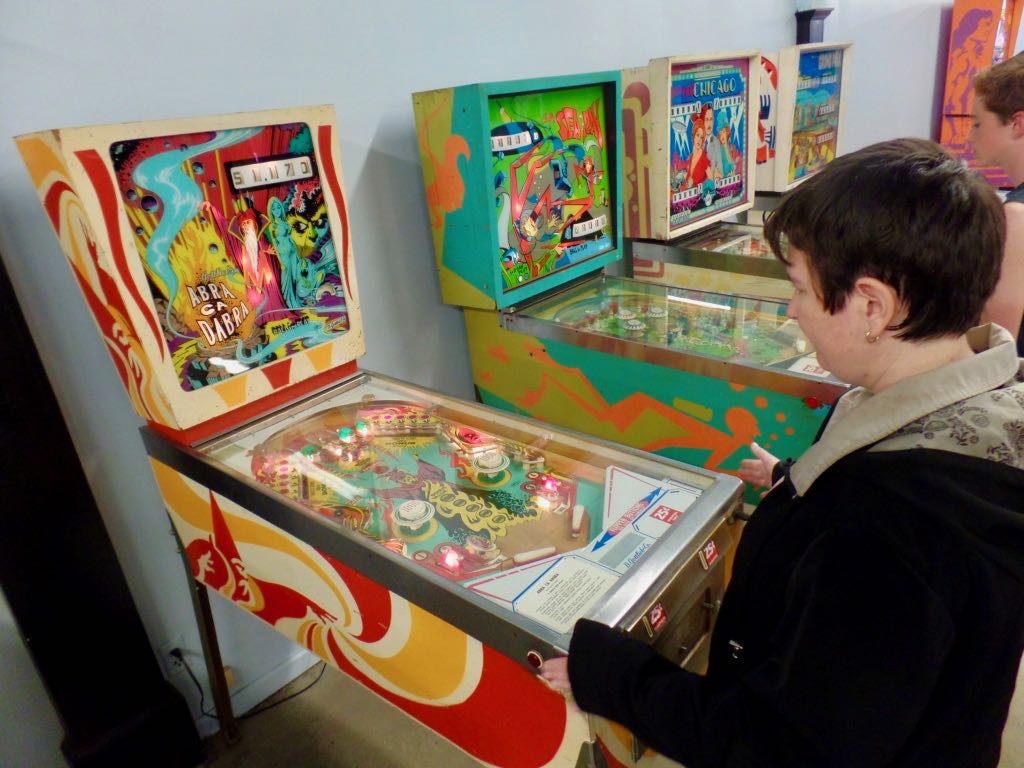 bunny_hugger looks at my score and wants to kick me in the shins. 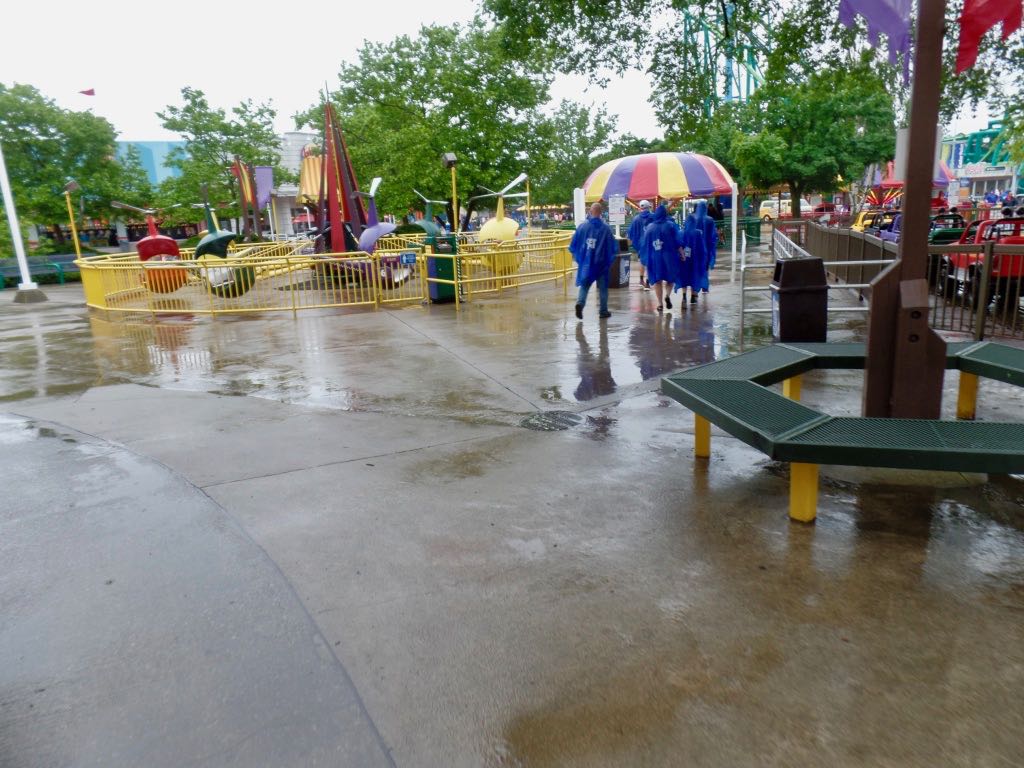 We peek warily out. Has the rain let up enough to resume doing amusement park stuff? 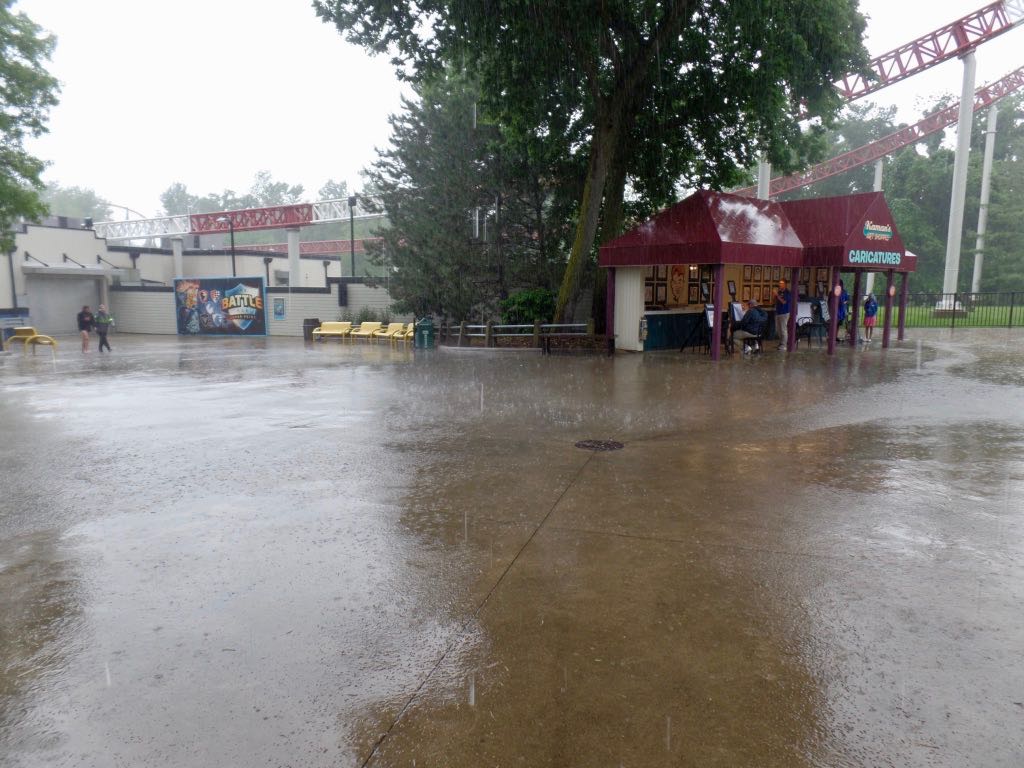 No. No, it has not. ... Actually, it did let up a fair bit, and we walked back through the park, and then got caught in another round of soaking. 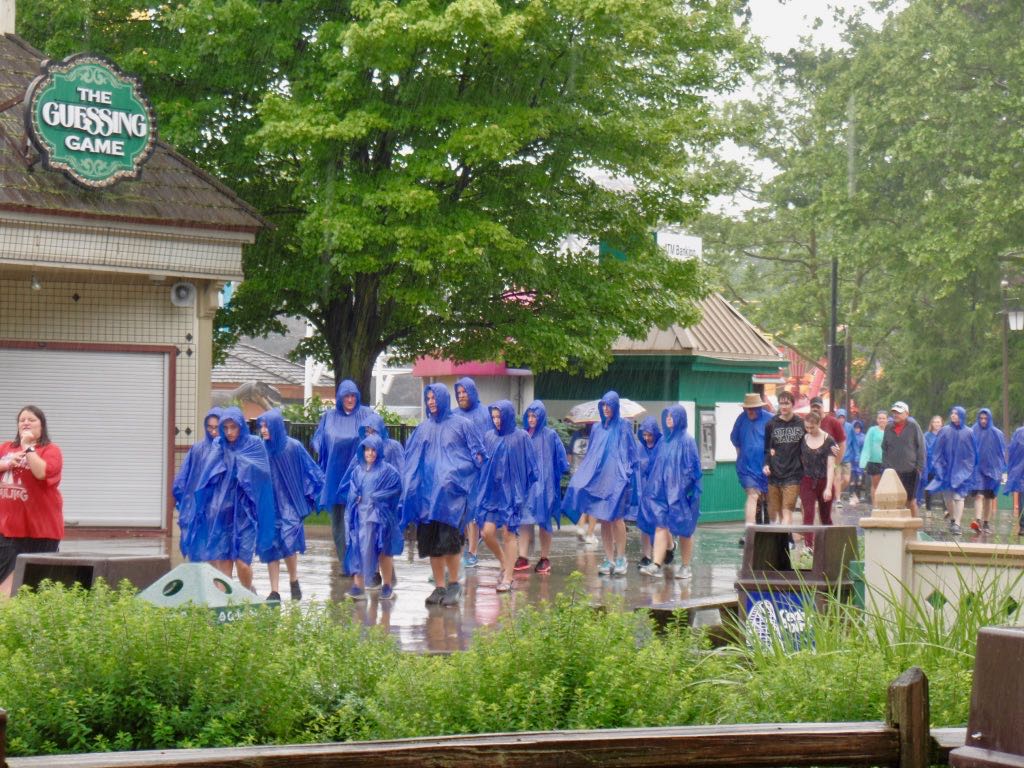 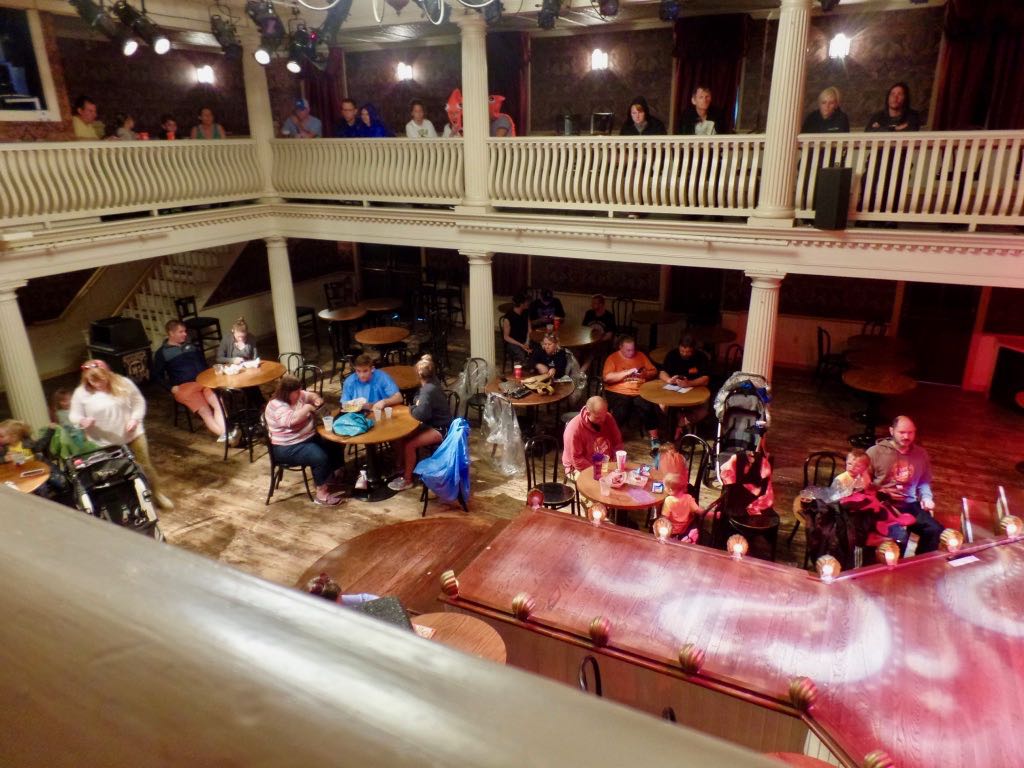 Roller coasters were obviously out, so we thought to spend some time watching one of the shows. Here, we see Paisley-Patterend Lights: Live On Stage! 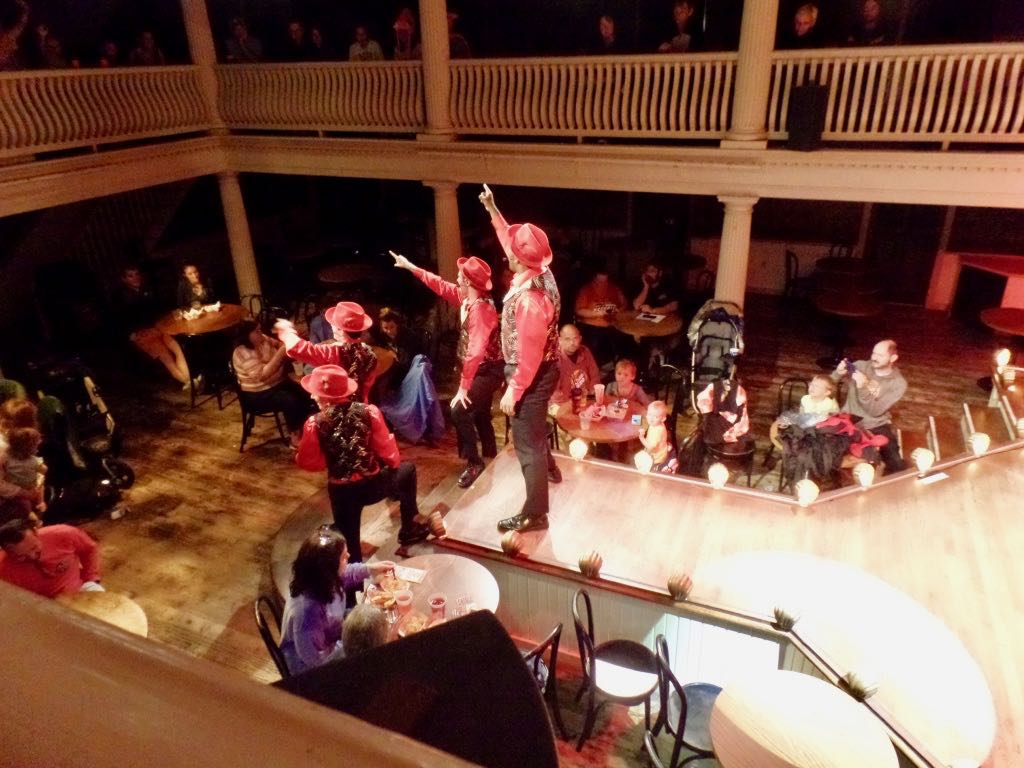 Oh! They have performers too, helpfully pointing out to us all where rain comes from and things like that.