Happy US Thanksgiving! Here's what I filled my humor blog with this year. If you don't want to subscribe to it on WordPress or add it to your friends page, you can add it to your RSS reader. So here's what the past week has featured. Enjoy, please.

Here's some more of that rainy day at Cedar Point, 2018, and our attempt to get on Steel Vengeance, which was so very worth it. 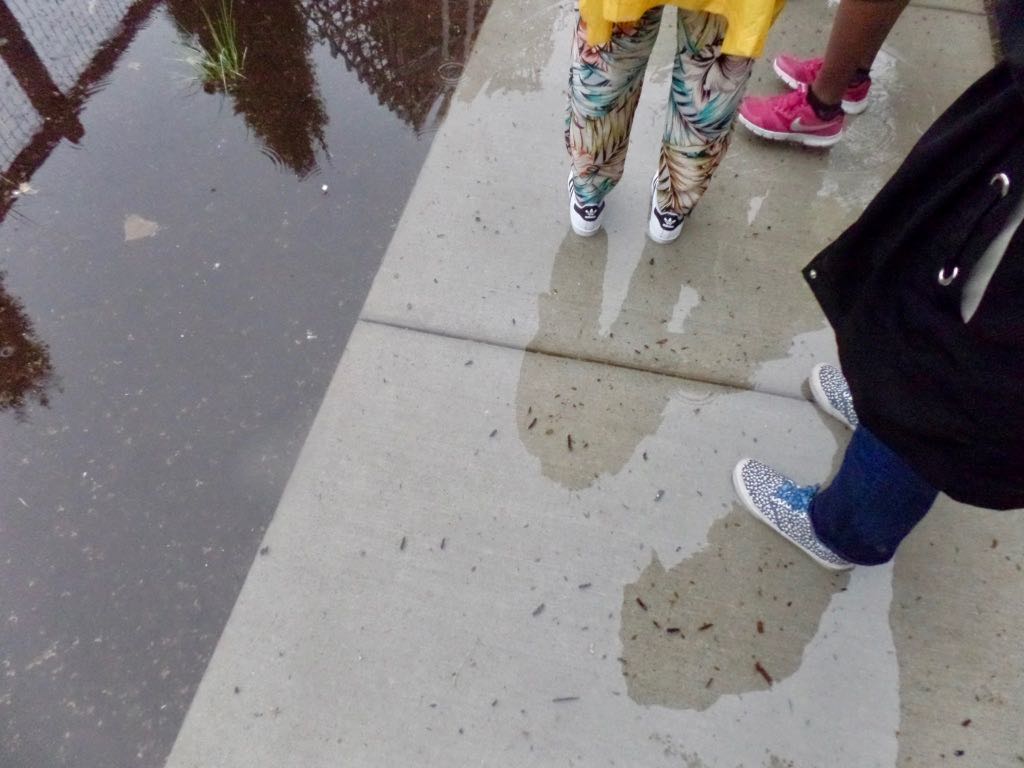 It was a bit wet at the park.

bunny_hugger's sneakers were maybe not the dryest things she could have worn for the weather. But then I was in canvas loafers myself. 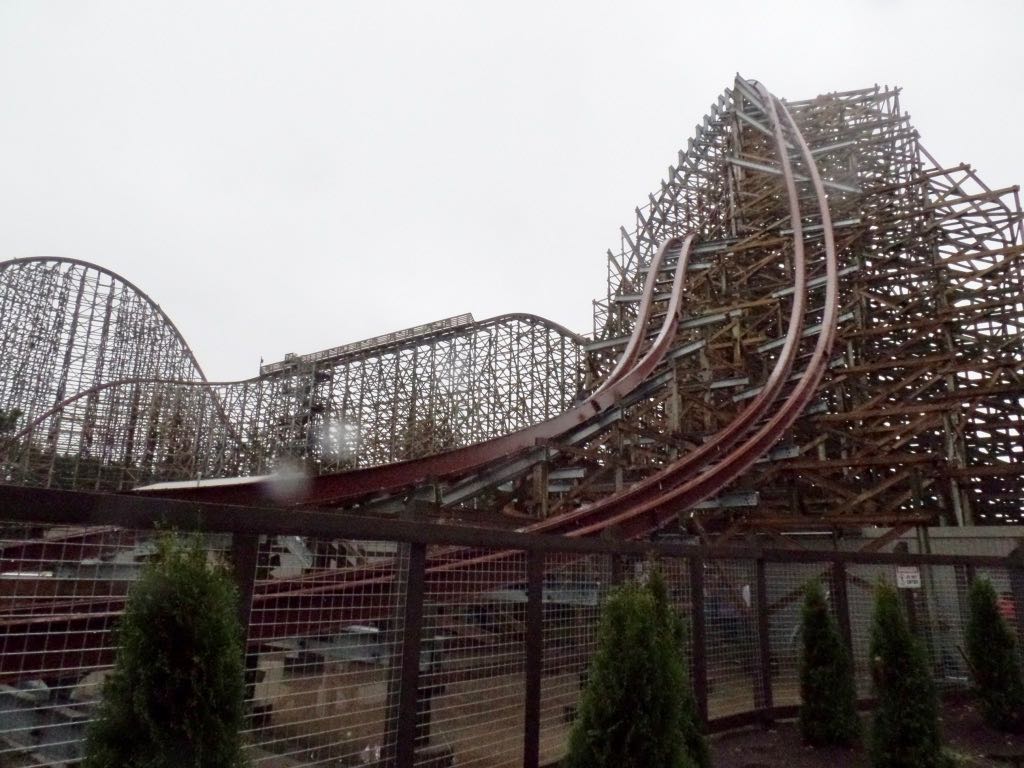 Our first good up-close look at Steel Vengeance, which used the skeleton of Mean Streak and put on it track that, among other things, can twist and turn and spiral like this. 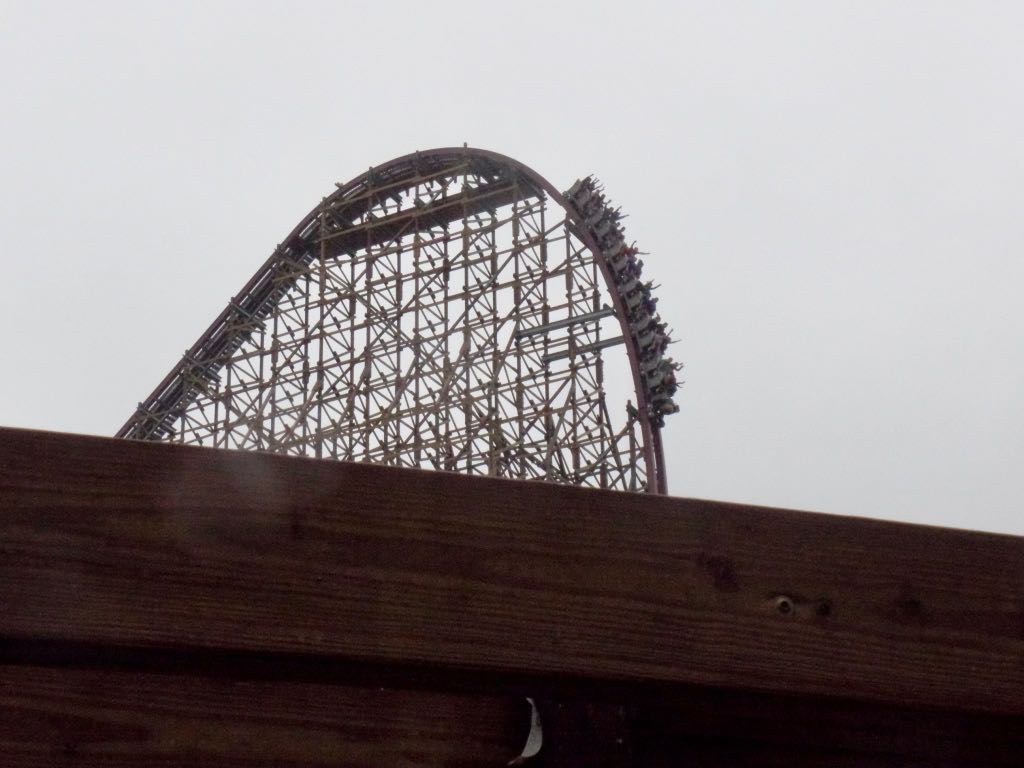 Train going down the first hill of Steel Vengeance, which was raised 44 feet from Mean Streak's origin, with the first drop increased from 155 feet to 200 feet. It's rather exciting that way. 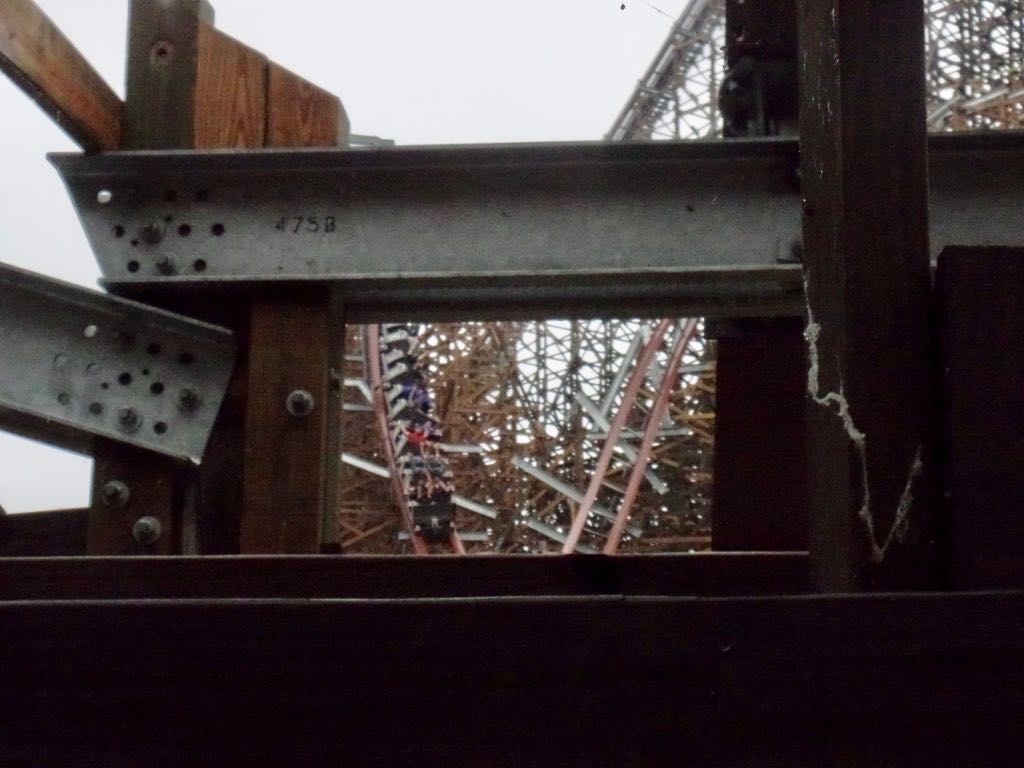 Peeking through the support structure at the Steel Vengeance train on one of its return legs. 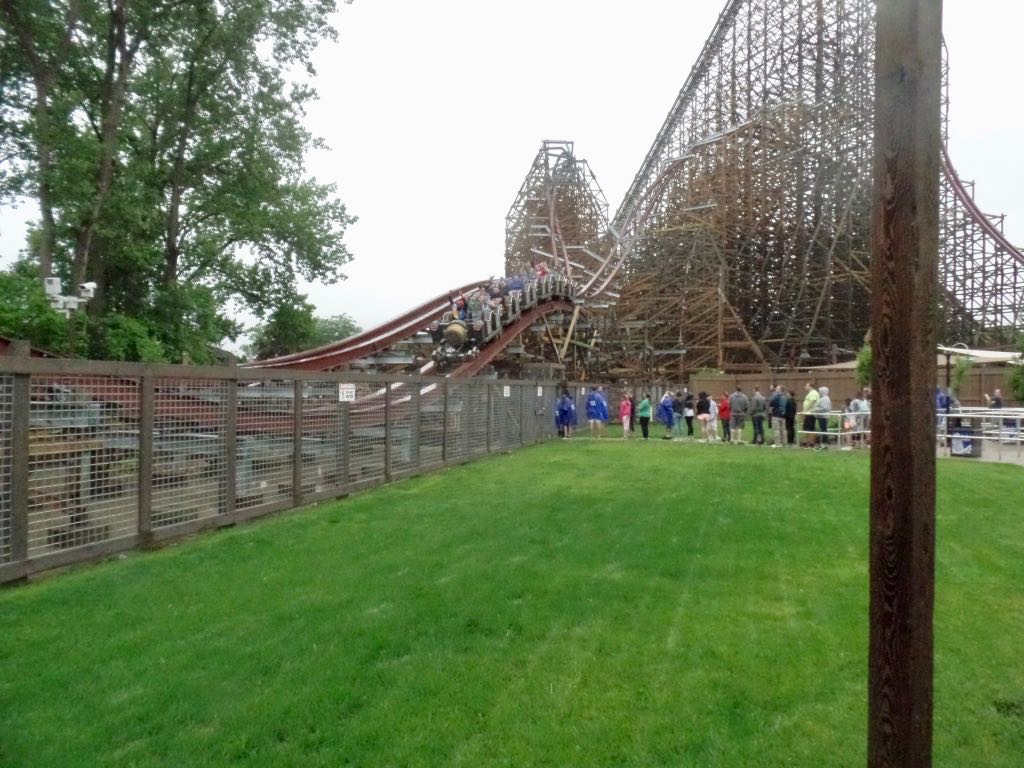 The last leg of Steel Vengeance, along with a bunch of people who I don't think are anywhere near the queue; not sure what's going on there. 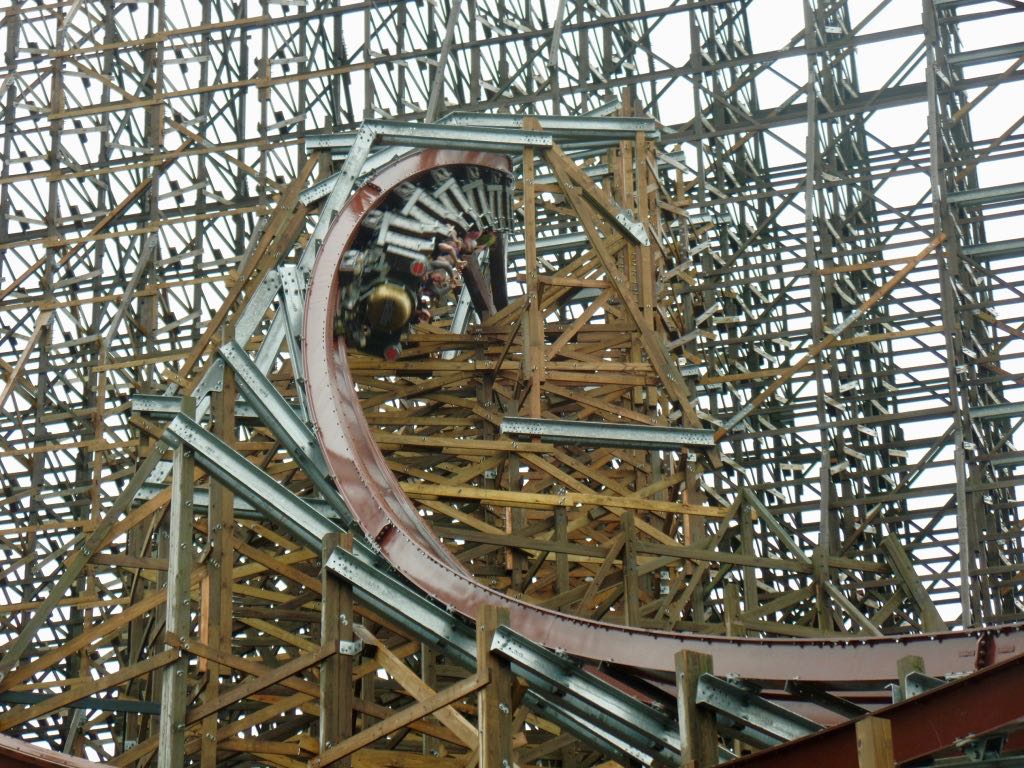 One of the many helixes that Steel Vengeance supports, some of the twisty turns that Mean Streak as a wooden coaster could not possibly. 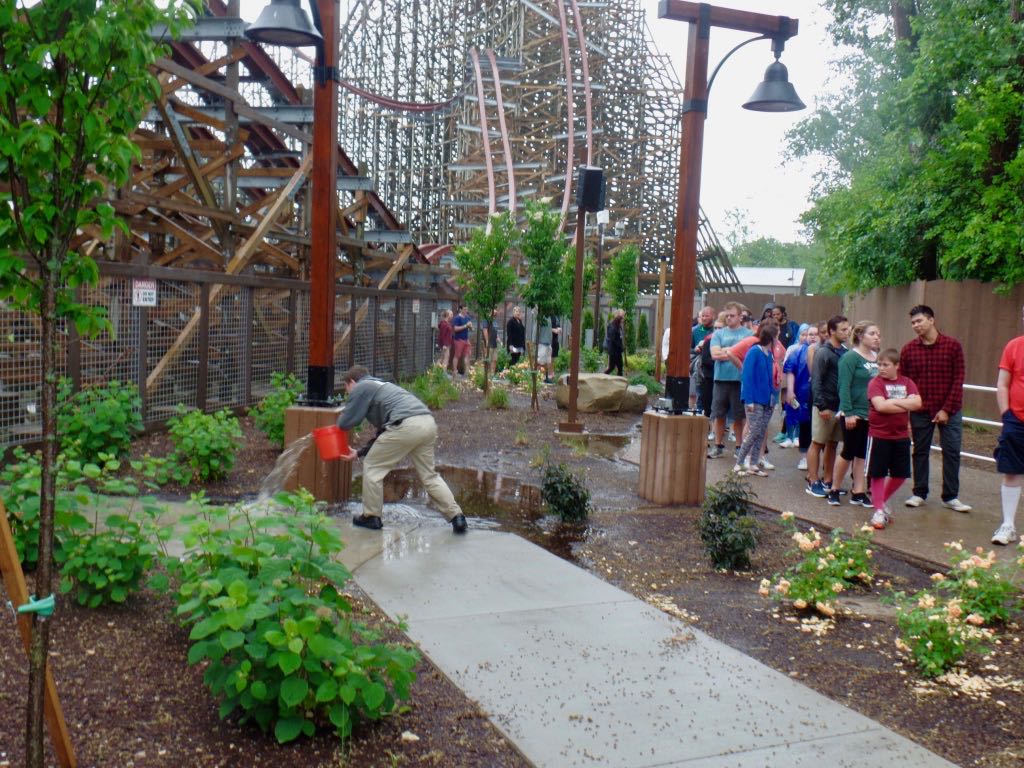 I'm not positive what this park employee with the bucket was hoping to accomplish. 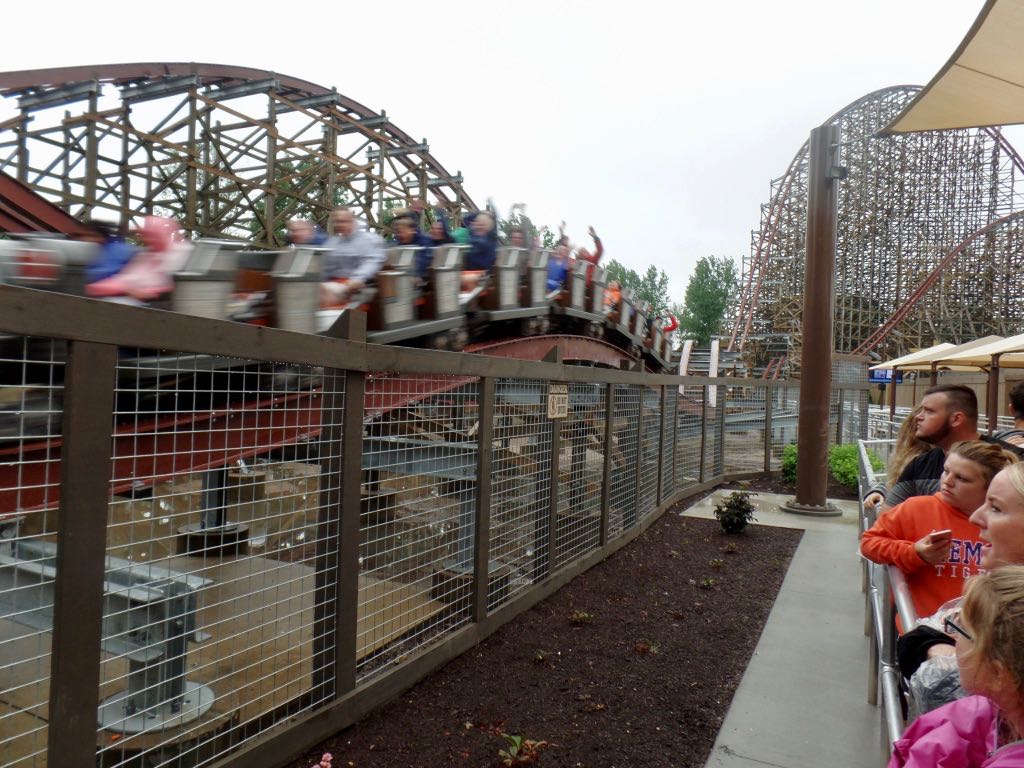 Steel Vengeance returning toward the station as the queue seems ... less than delighted by the prospect, somehow. 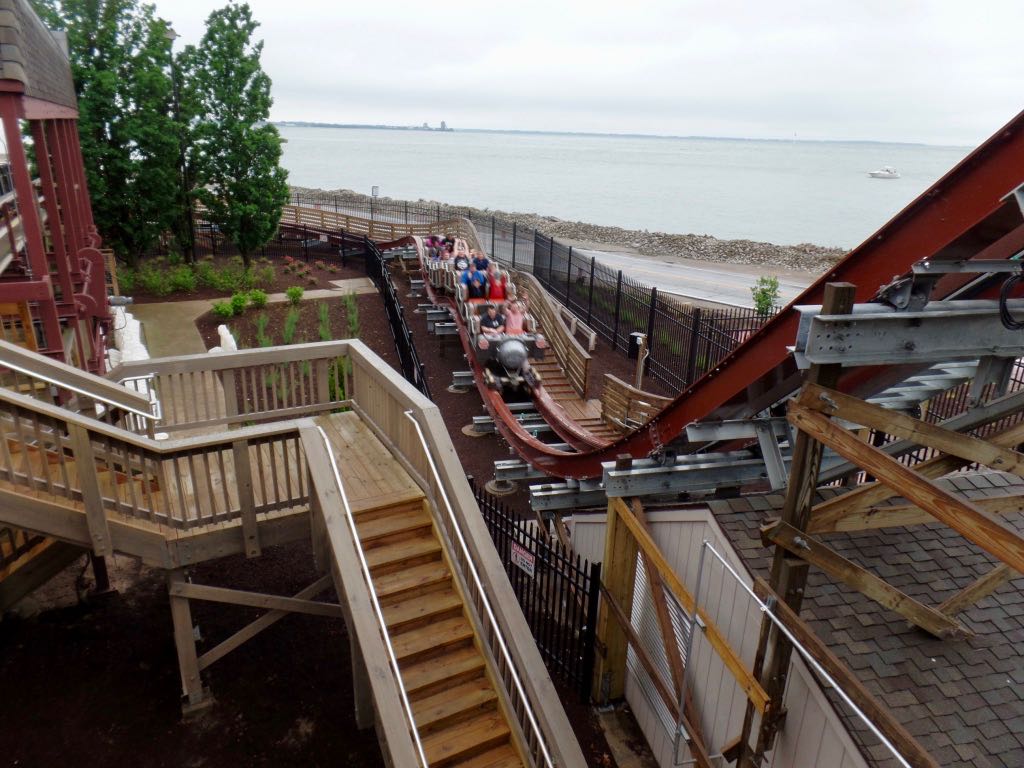 Part of the Steel Vengeance makeover added these little bunny hops to the track before the first lift hill. It's a good addition. 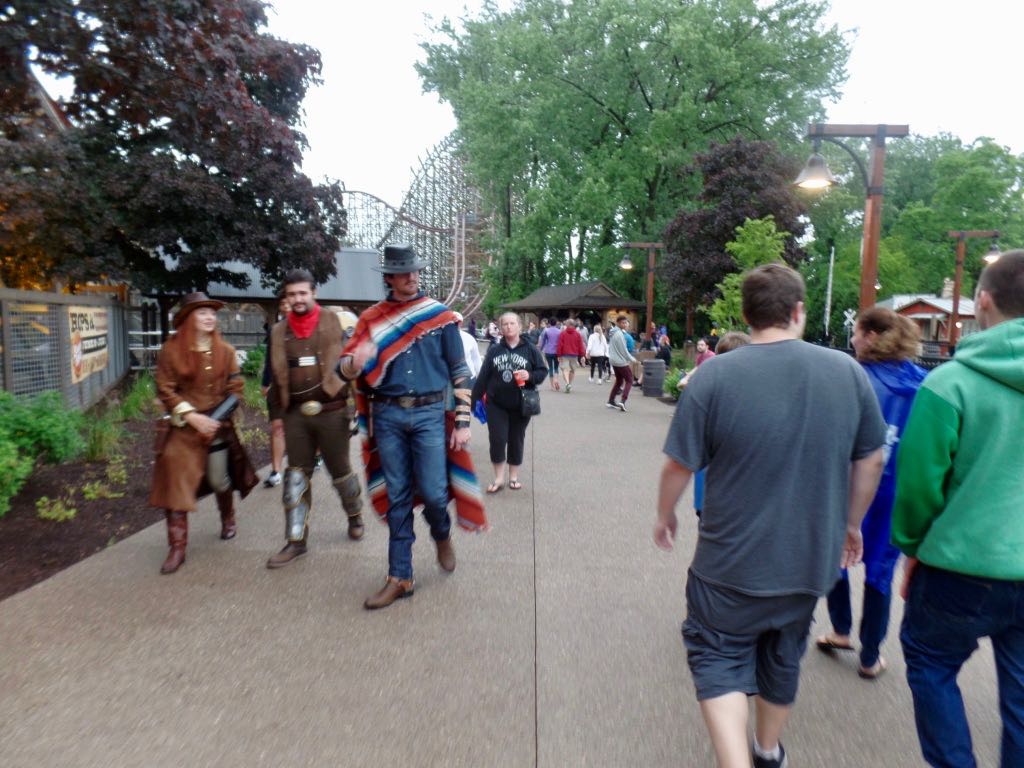 So part of Steel Vengeance's whole thing is this backstory with a bunch of characters for the Frontier Town area. Three of the characters are the namesakes of the three roller coaster trains. And are performed, as you can see, by some JRPG Western character actors. 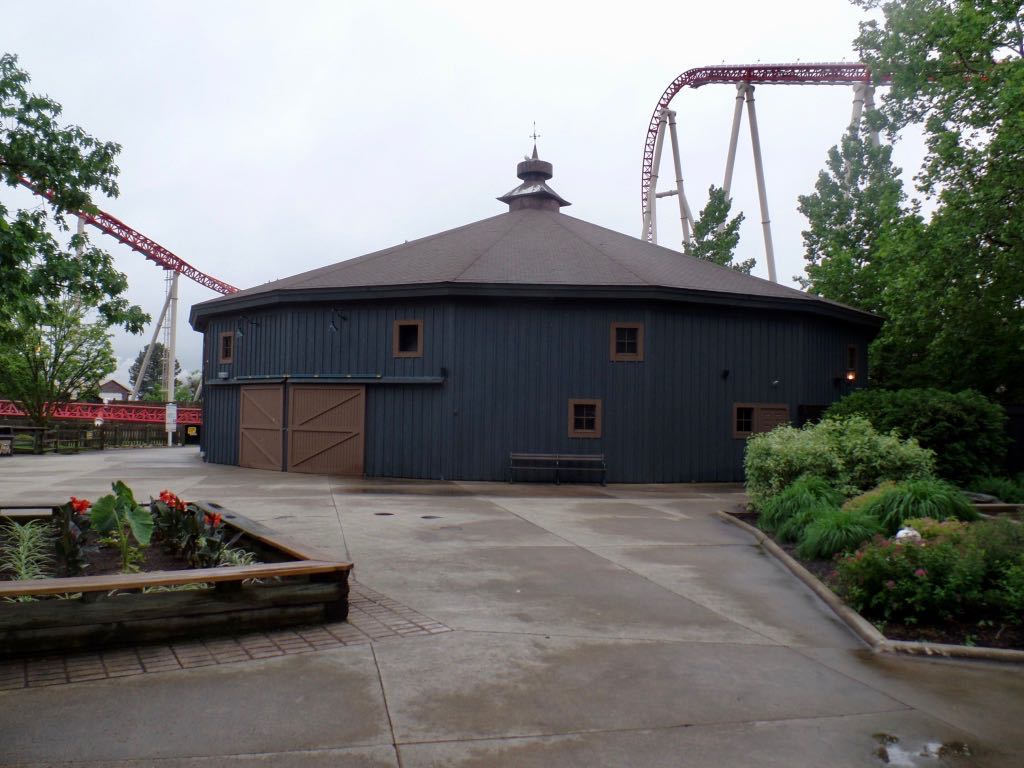 The shelter which used to host the Frontier Carousel. That carousel used to be at the Lake Lansing Park, just outside town here, until the 1970s when the park closed and Cedar Point bought the carousel. In the 90s they sent it to Dorney Park, their sister park, to replace the antique carousel that park lost in a fire. 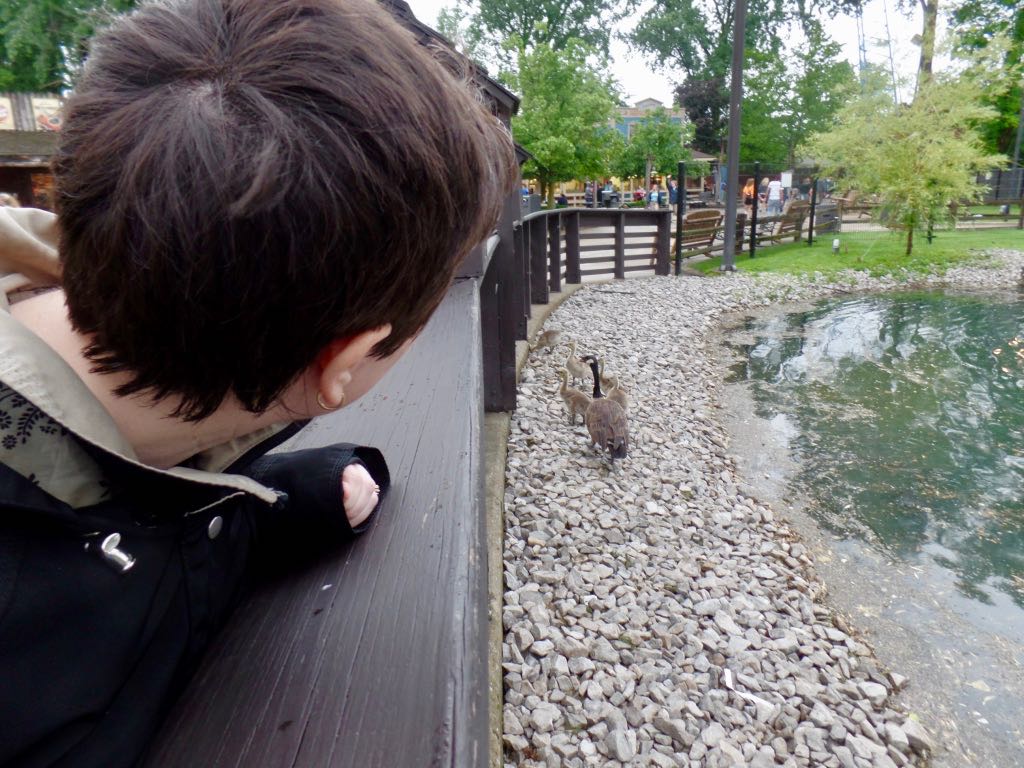 bunny_hugger stops to examine some geese near the Mine Ride.

Currently Reading: Negotiating A River: Canada, the US, and the Creation of the Saint Lawrence Seaway, Daniel Macfarlane. Because, you know, I was literally just thinking, ``Huh, I don't know much about the Saint Lawrence Seaway project past what anyone might expect to learn in middle school, high school, and college. I should fix that'' and went and borrowed a book from the Michigan State library.

PS: My 2019 Mathematics A To Z: Zeno's Paradoxes, reaching the end of an A-to-Z sequence at last!