Come on let's twist again, like we did last summer

The last letters of the alphabet filled out my A-to-Z sequence. This coming week will probably not see seven postings in seven days. (But, who can say for sure?) So here's what's probably my last full week of mathematics blogging for a while:

And in the story comics it's time for one of the big plot-heavy ones. What's Going On In Dick Tracy? What's Detective Frisk doing not being dead? September - November 2019 in review.

In the later half of June 2018 we visited Denver for a few days. Just long enough to see Elitch Gardens, Lakeside Park, and one other place. So get ready for a whole bunch of pictures. First up: Elitch Gardens. 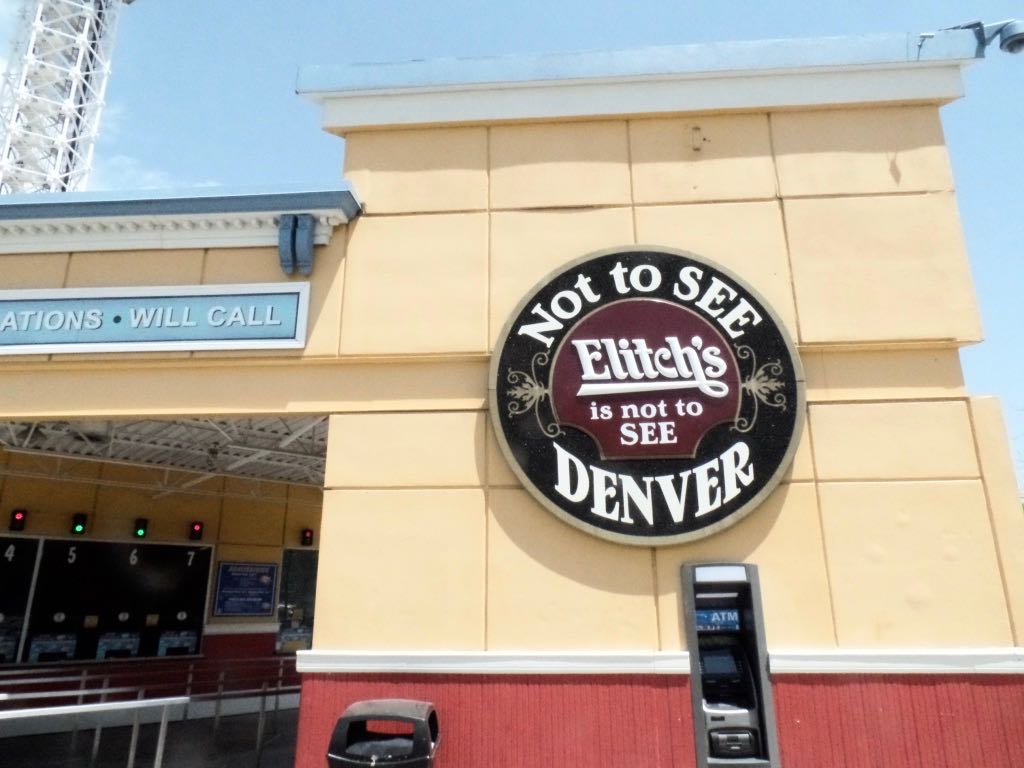 Motto of the park, and a pretty good one too. They used this slogan as much as a century ago. 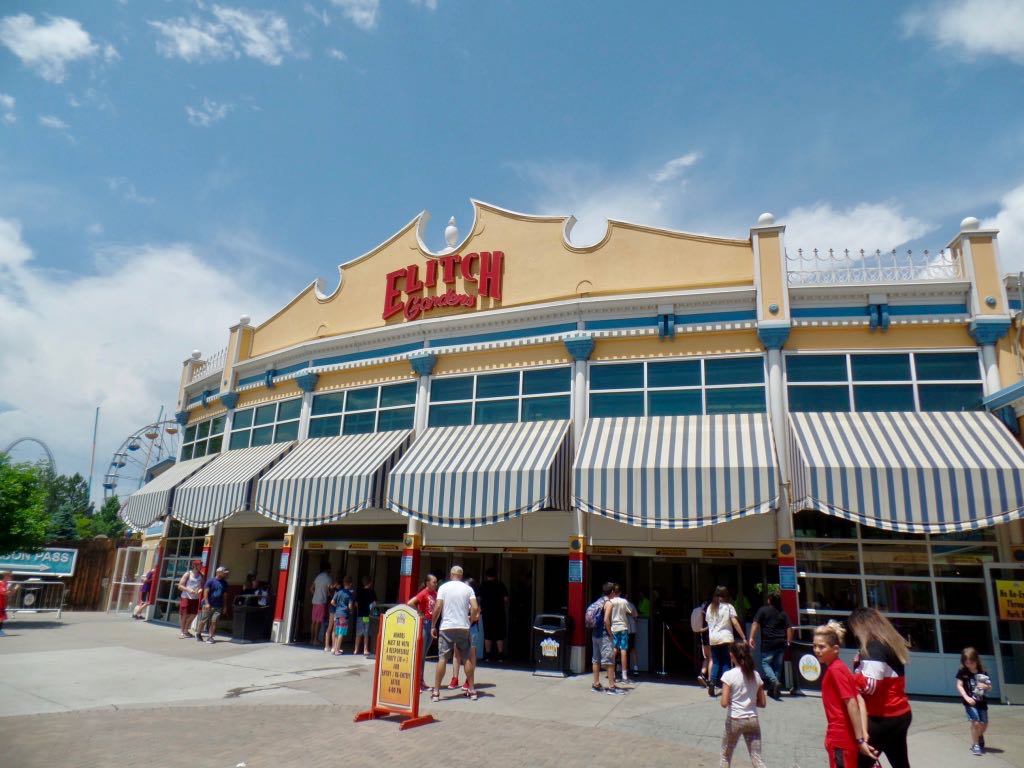 Elitch Gardens was a downtown park going back forever. In the 90s, though, the landlocked park decided it couldn't carry on like this, and moved to this new location, bringing along with it as many rides as could be transported. It's still in town, too, something you could get to by bus. 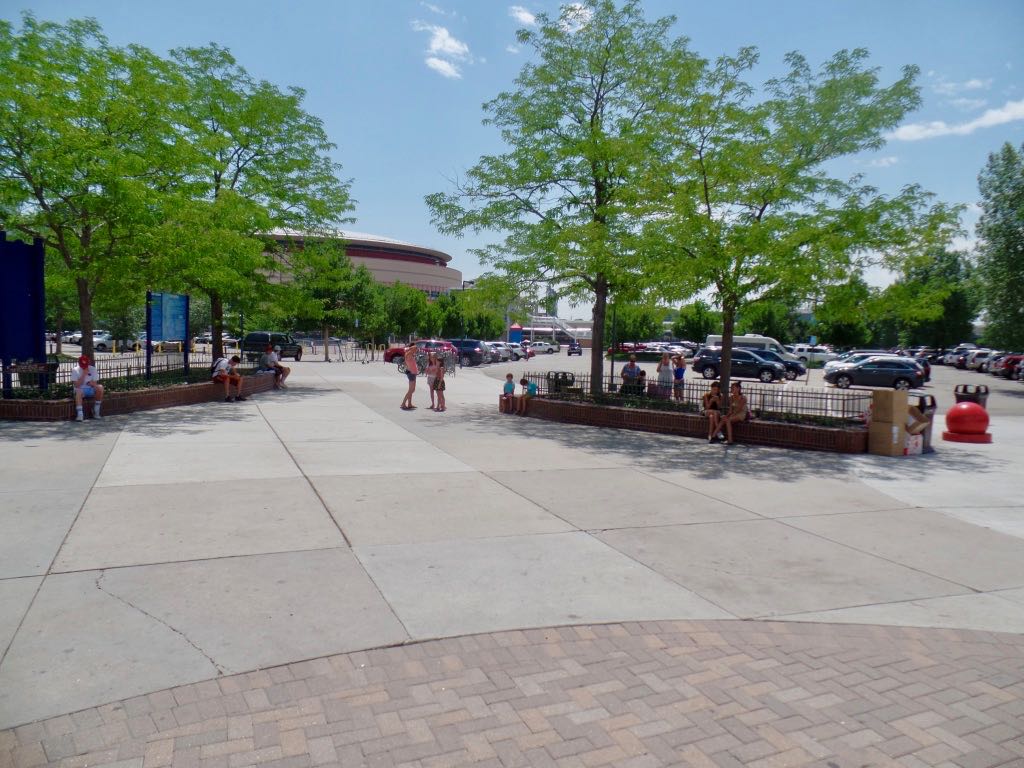 Which is not to say it's got plenty of space now. Looking back at the parking lot you can see the Metropolitan State University-Denver campus, and other stuff along the railroad tracks that constrain the park's growth. There's rumors they might move again. 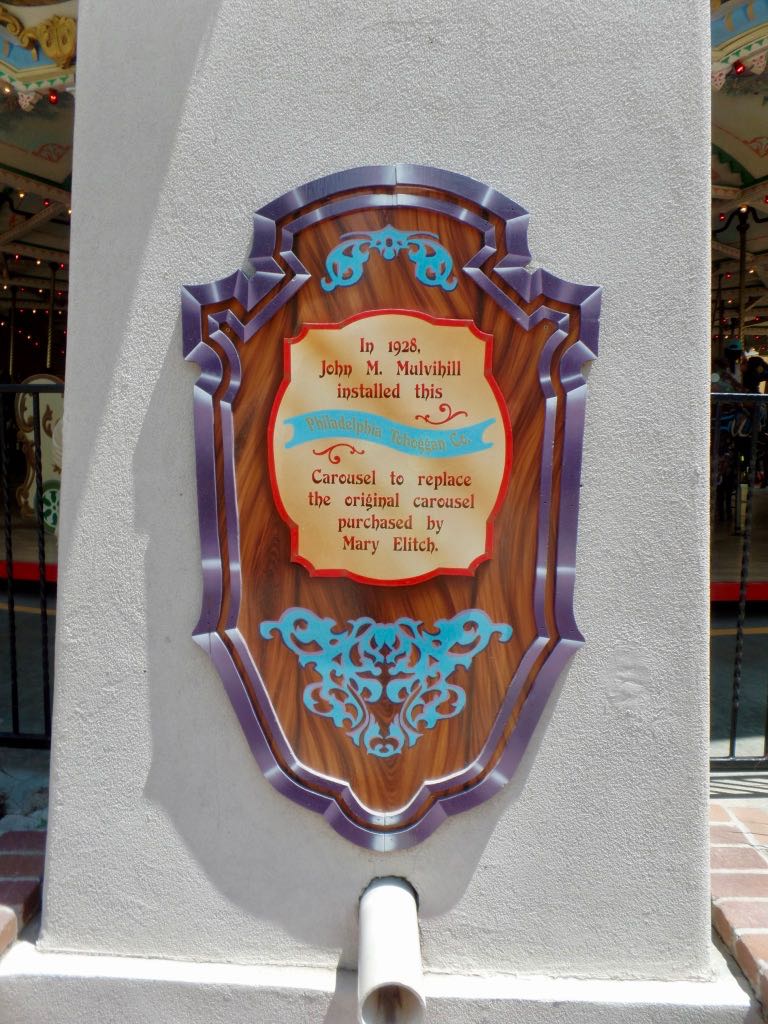 Just past the entrance is their antique carousel, which comes complete with a plaque explaining a little bit about its history. Their first carousel, Philadelphia Toboggan Company #6, still exists, and runs at the Kit Carson County Fairgrounds in Burlington, Colorado, wherever that is. I'm guessing Colorado. 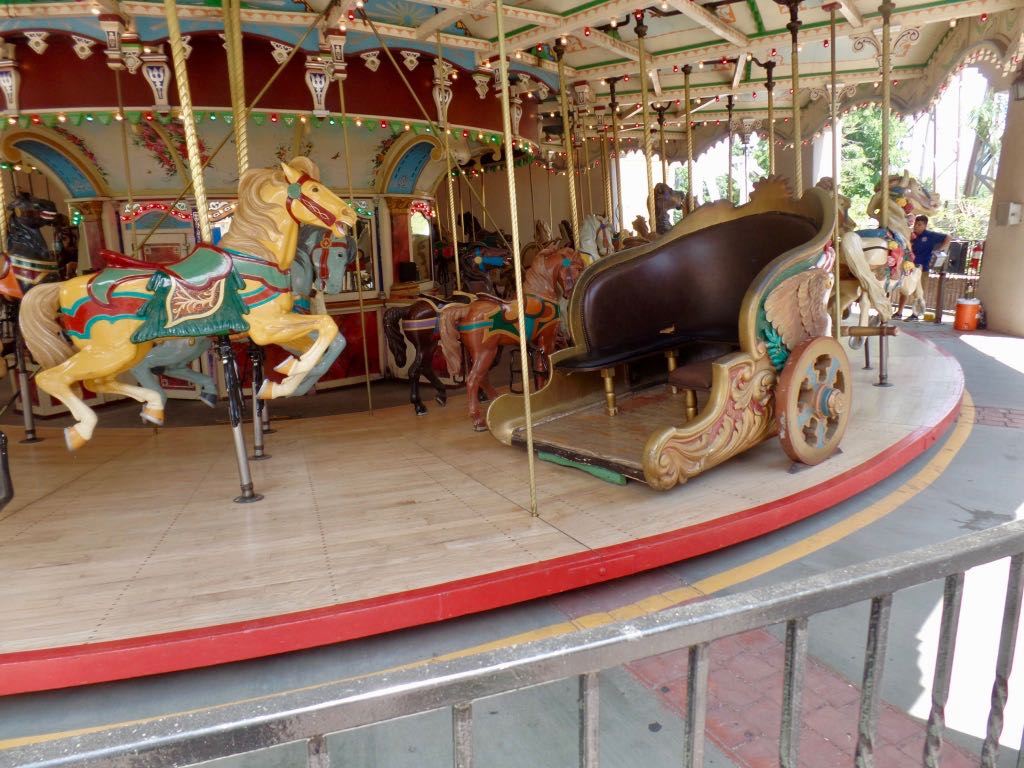 And here it is, Philadelphia Toboggan Company carousel #51, showing off the chariot particularly. 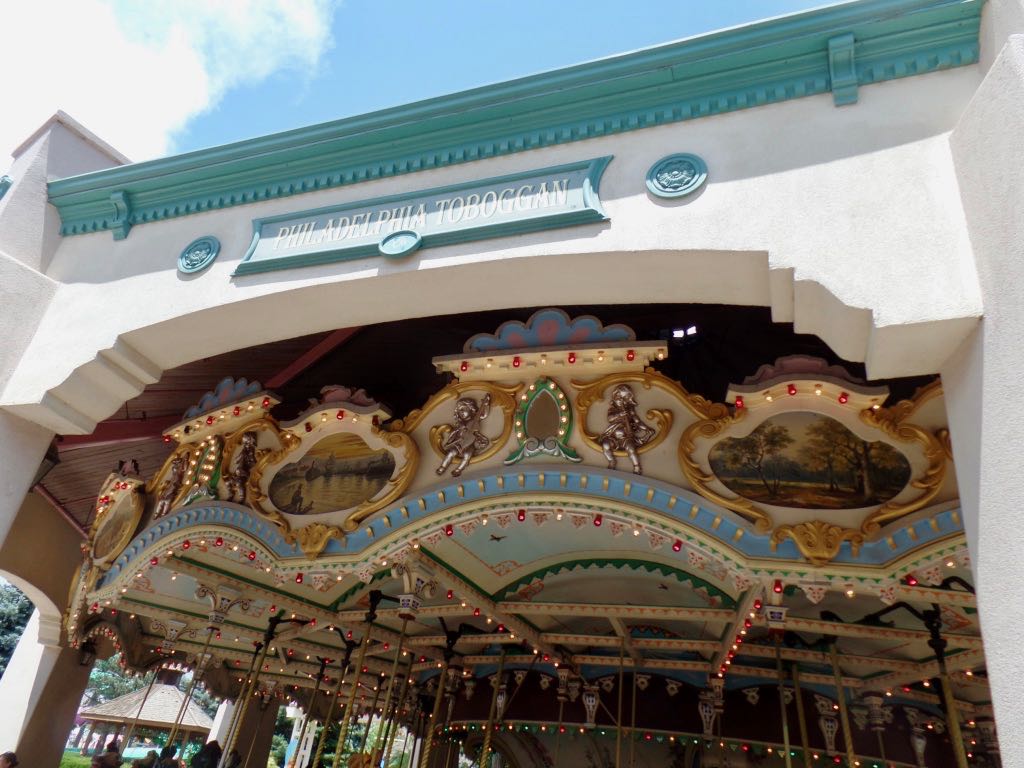 Looking up at the rounding boards and at a sign on the building advertising the carousel's manufacturer, Philadelphia Toboggan. 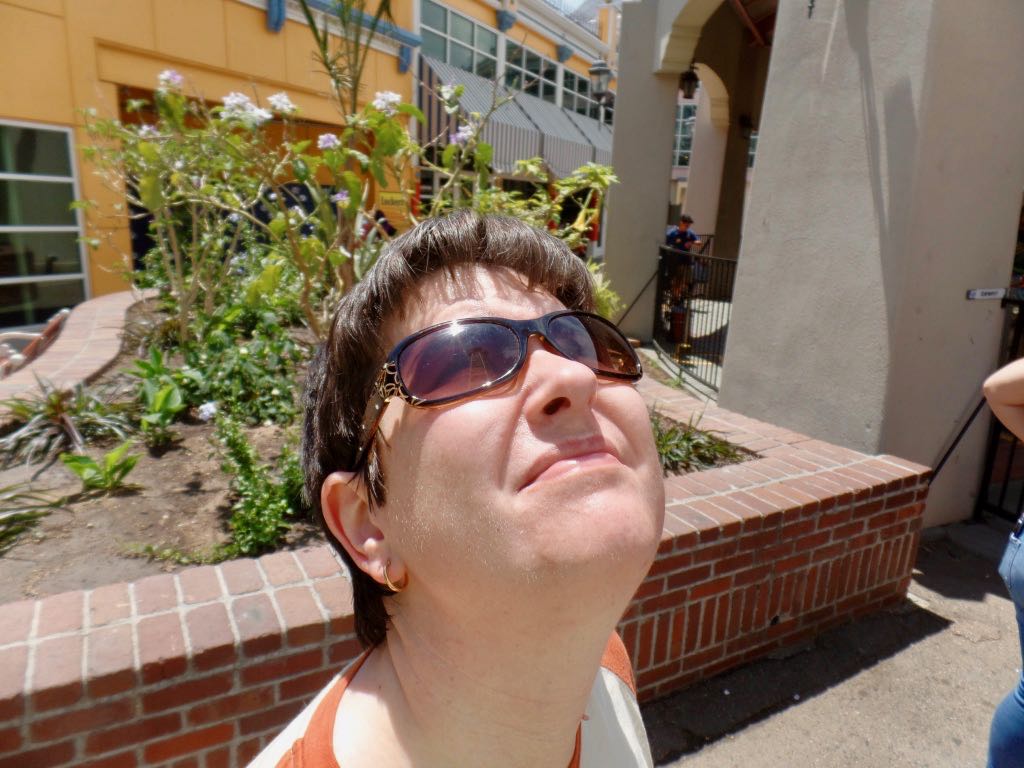 bunny_hugger looks up, admiring the Philadelphia Toboggan sign. (Or more likely looks at the drop tower which is adjacent to the carousel. In the background you can see the entrance plaza building.) 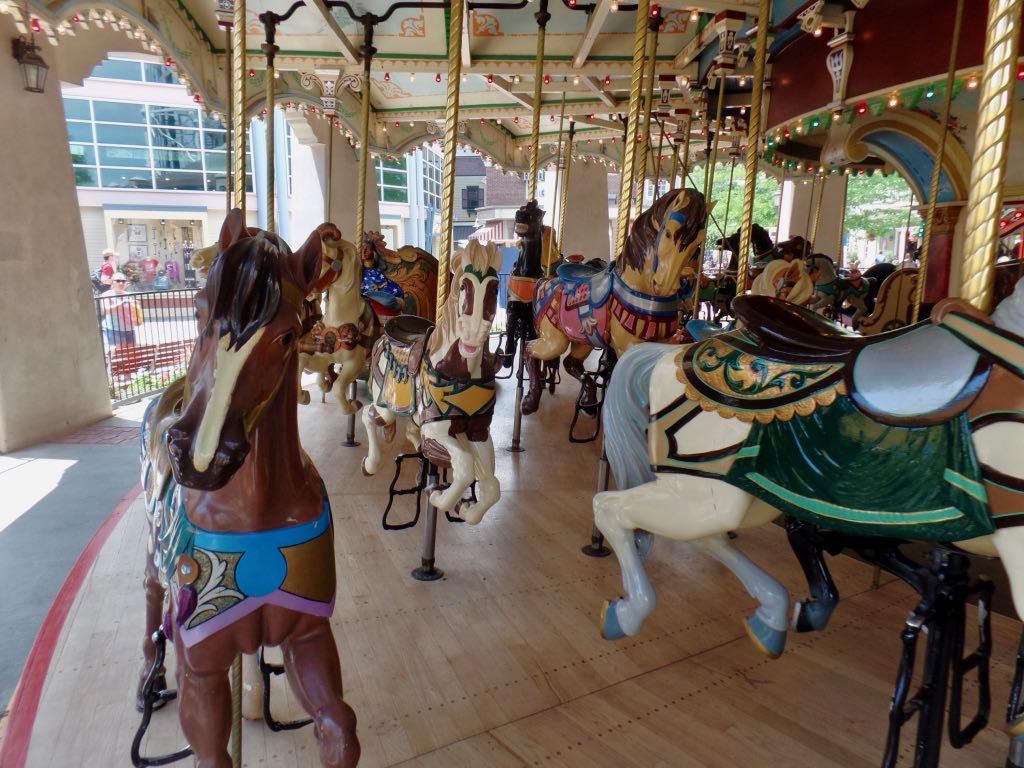 Getting on to the carousel. It's in quite nice shape. 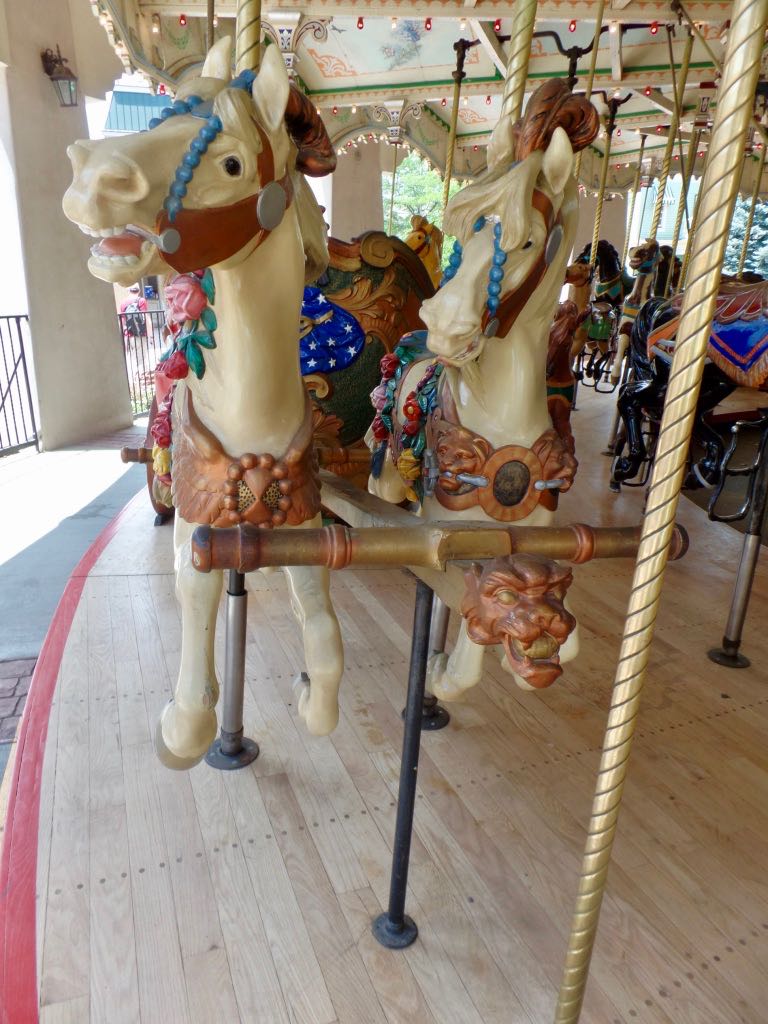 A rare feature on the carousel: the horses ahead of the chariot are given a plausible-looking harness so that they appear to pull it. 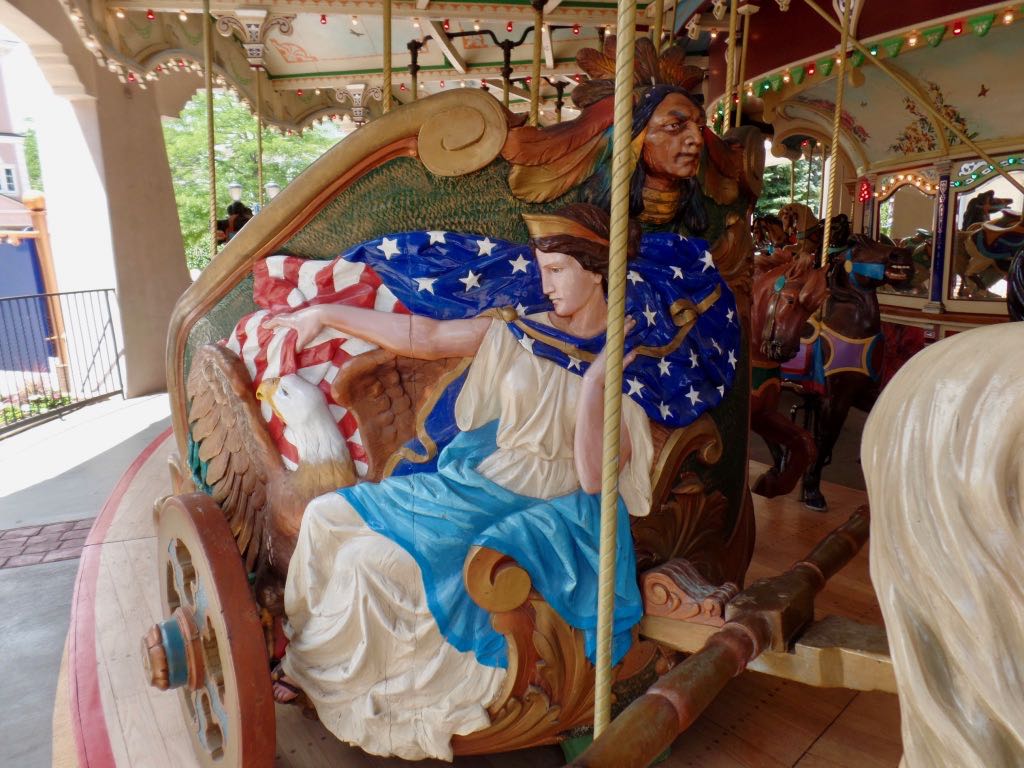 And here's the more intersting of the chariots, with this figure of Colombia flanked by a Native American and an eagle. It's a really great example of patriotic carousel carving style. 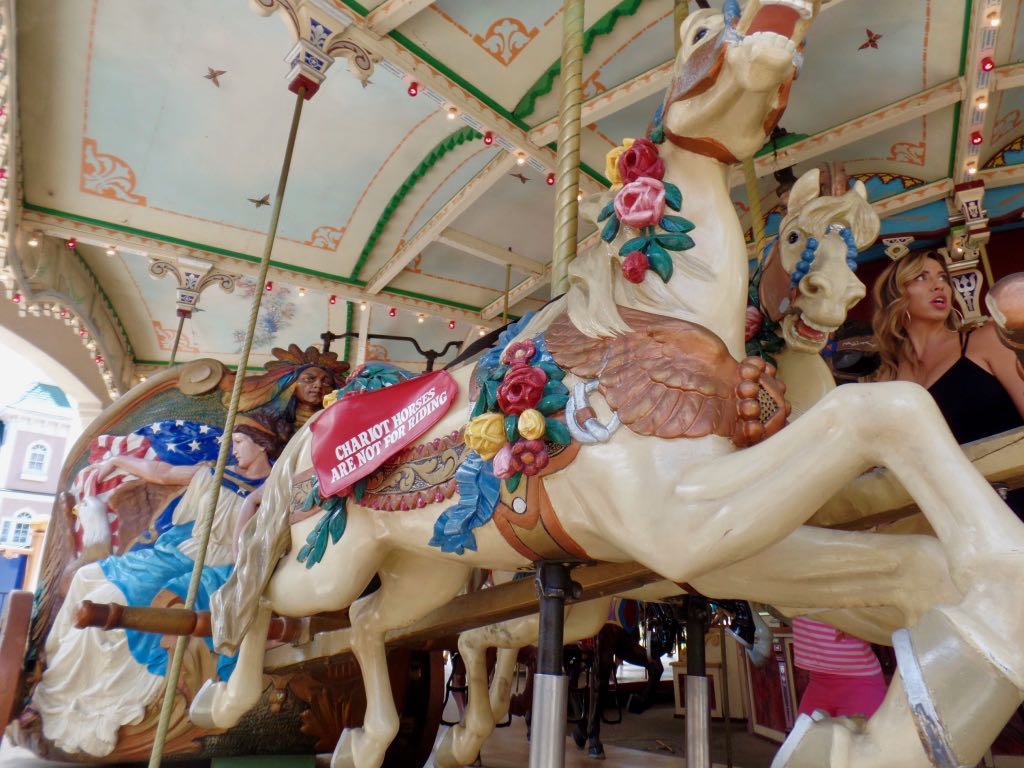 A look up at the chariot horses, which do not have saddles. The post ``pulling'' the chariot would get in the way of anyone riding the horses. Lacking saddles has apparently not kept people from trying to ride them and so we get these warning signs, that aren't bad for shooing off people without calling too much attention to themselves. I don't know that the woman on the right is angry at finding these signs on the horses, but you know? We can pretend that's what's going on here. 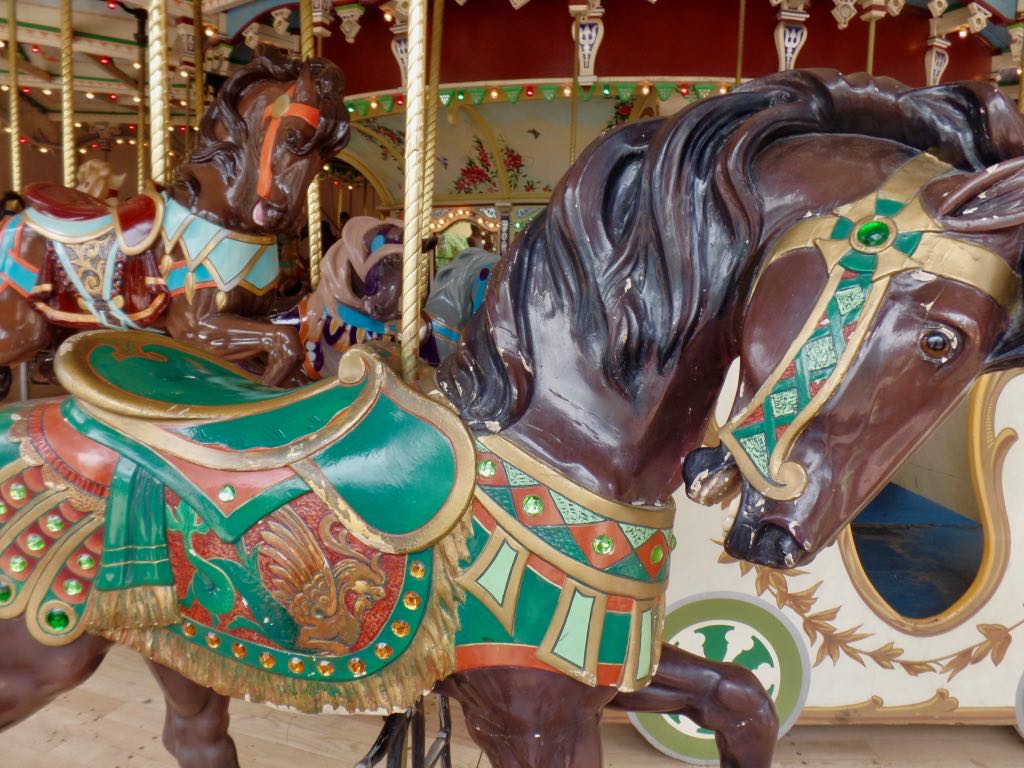 A close-up look at some of the other horses, with the less-interesting chariot behind. The horse up front has a neat hippogryph pattern on its saddle blanket.

Trivia: In 1912 Owen Wilson of the Pittsburgh Pirates hit 36 triples, a record that still stands. It was not noticed at the time, as a typo in the official records credited Napoleon Lajoie with 43, rather than 13, triples in 1903. Source: Level Laying Fields: How the Groundskeeping Murphy Brothers Shaped Baseball, Peter Morris. (Lajoie's record has since been corrected to 11 triples for 1903.)