Now this past week is the last of my posting-every-day thing on my mathematics blog for a while. Maybe until my next A-to-Z. You can put my mathematics blog on your Reading page. Or if you prefer, send it right into whatever you use to read RSS. And if that's all failed, here's the past week's worth of postings:

And in story comics? What's Going On In Gasoline Alley? Wait, if Slim's here then who's playing Santa Claus? September - December 2019 in review. It's not a lot of story, but only because I'm ignoring all the character work and mostly engagingly dumb joking around.

Now to the long ascent at Elitch Gardens, to reach Sidewinder. 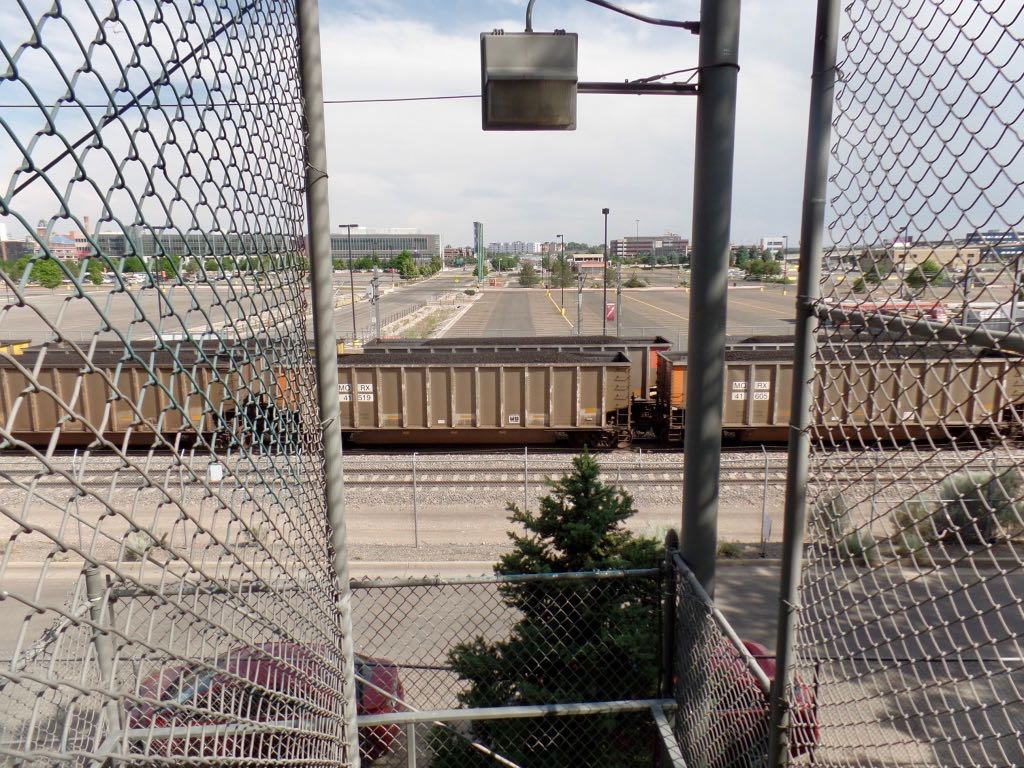 Looking out from halfway up the stairs to Sidewinder, on the train tracks and, beyond that, the Metropolitan State University/Denver buildings. It was a bit disorienting to see MSU written across buildings while in Denver. 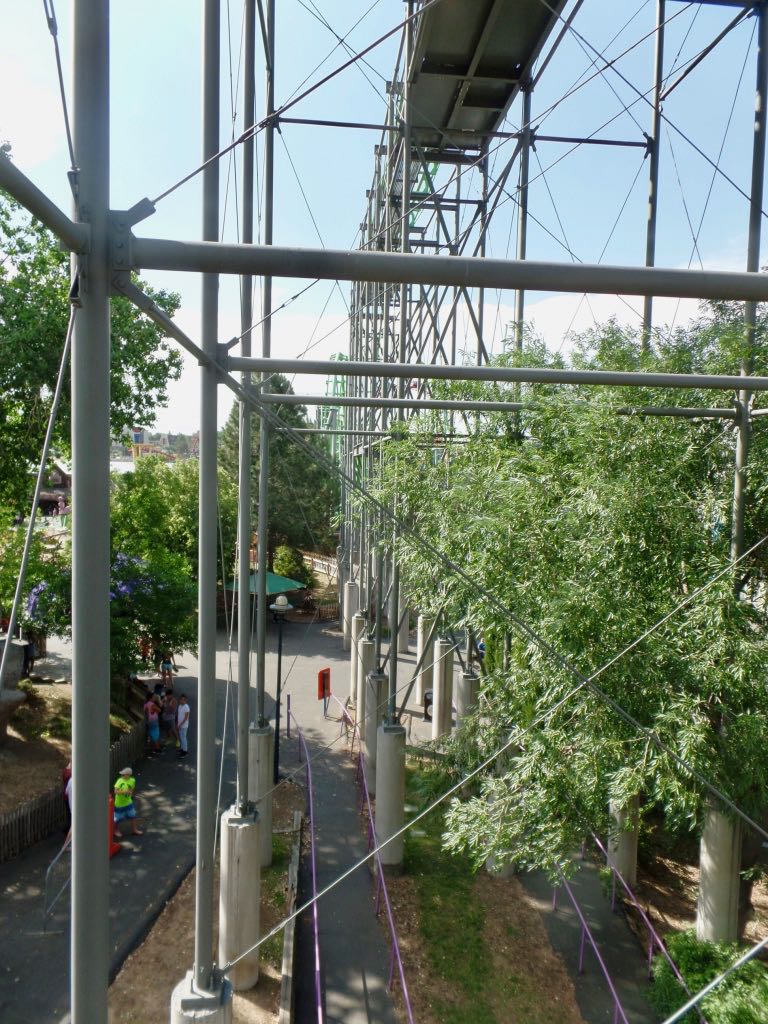 Nearing the top of Sidewinder's steps and looking back over the approach path and the track of the coaster, which just launches you into a single loop and sends you back again. 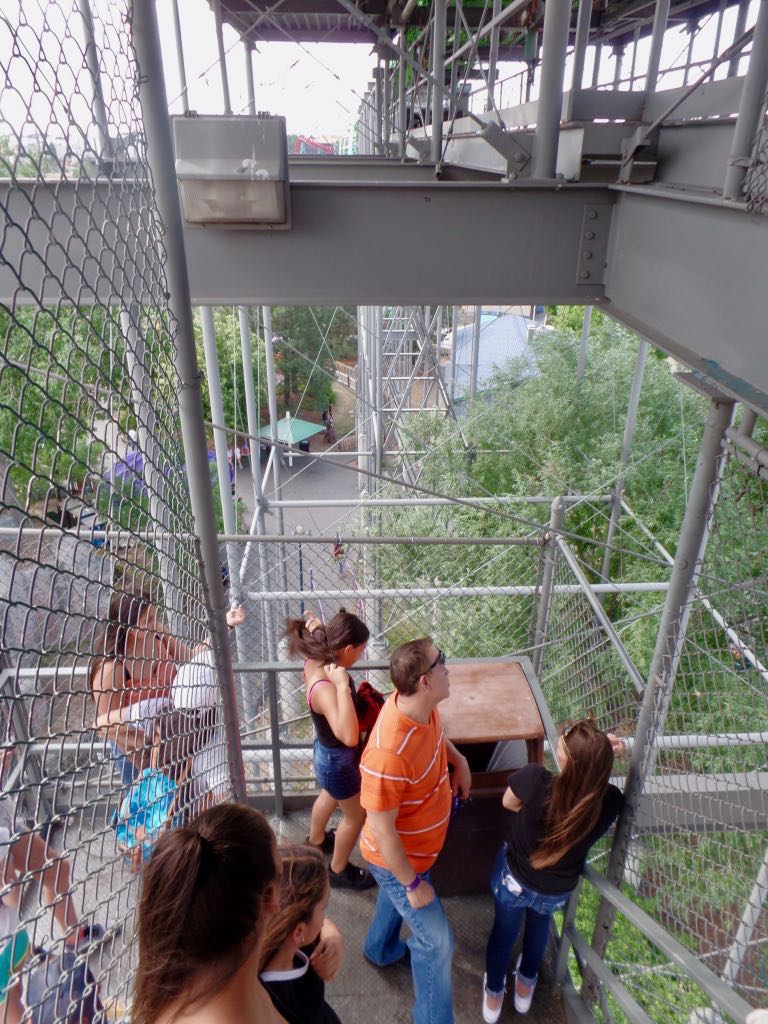 Nearly there! People gather on one of the landings. 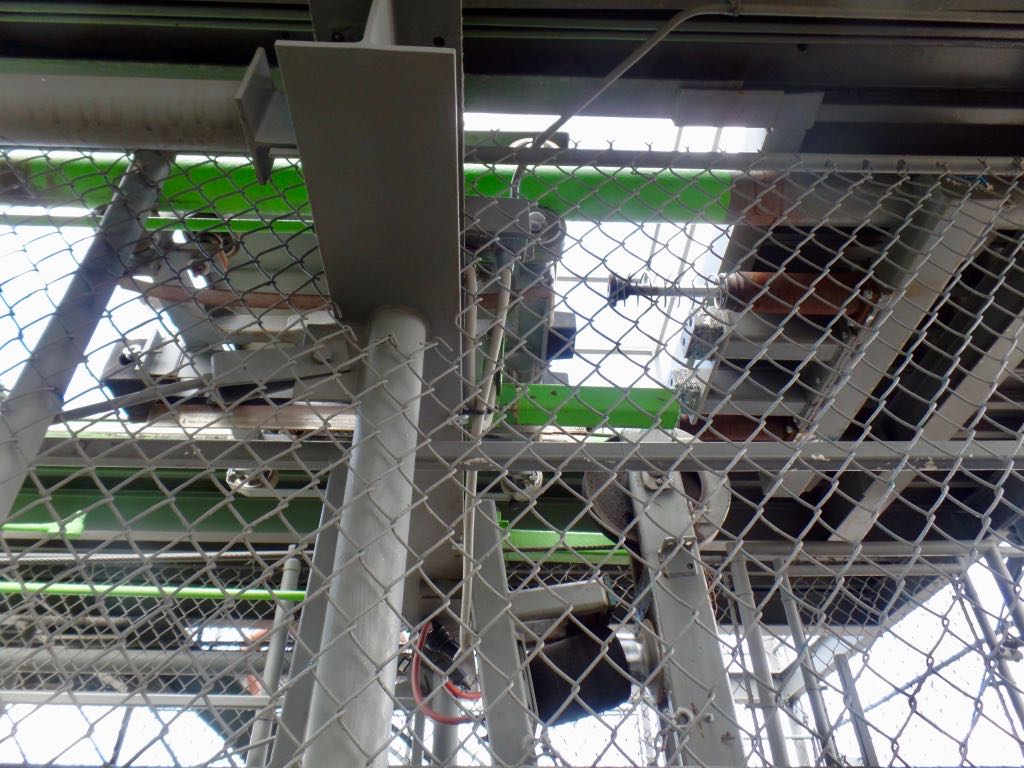 Peeking up at the launch station. This is, I believe, the last bit of braking to make sure the returning train has come to a stop before it runs out of launch platform. 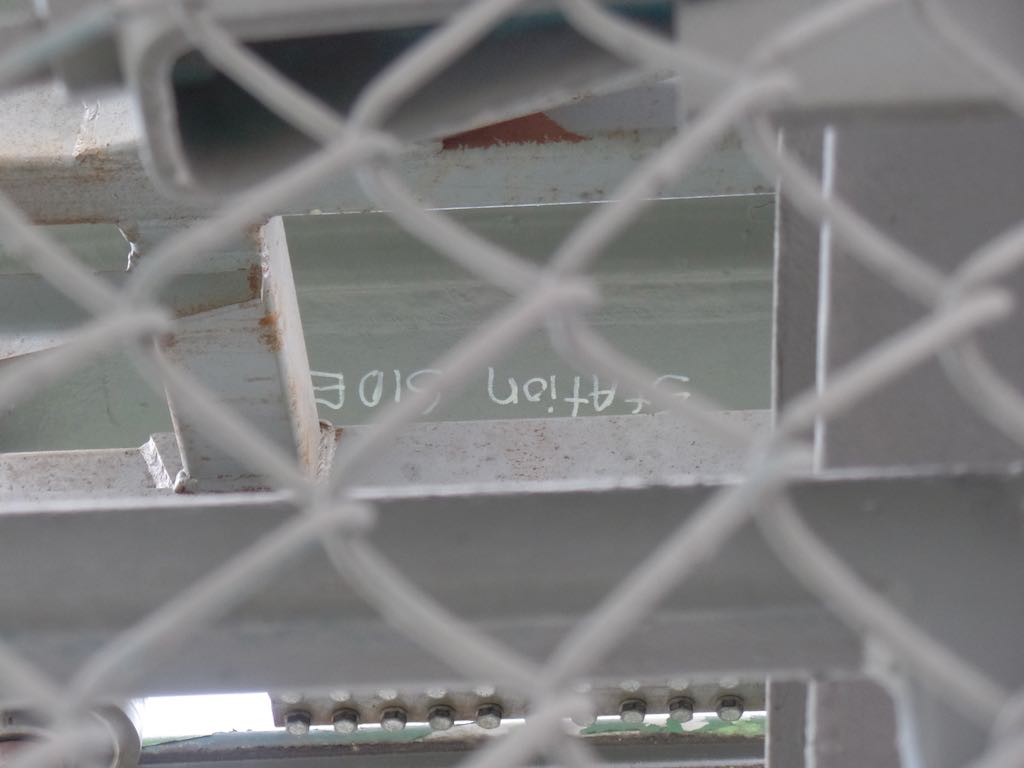 Sure hope they meant to write ``Station Side'' upside-down like that. 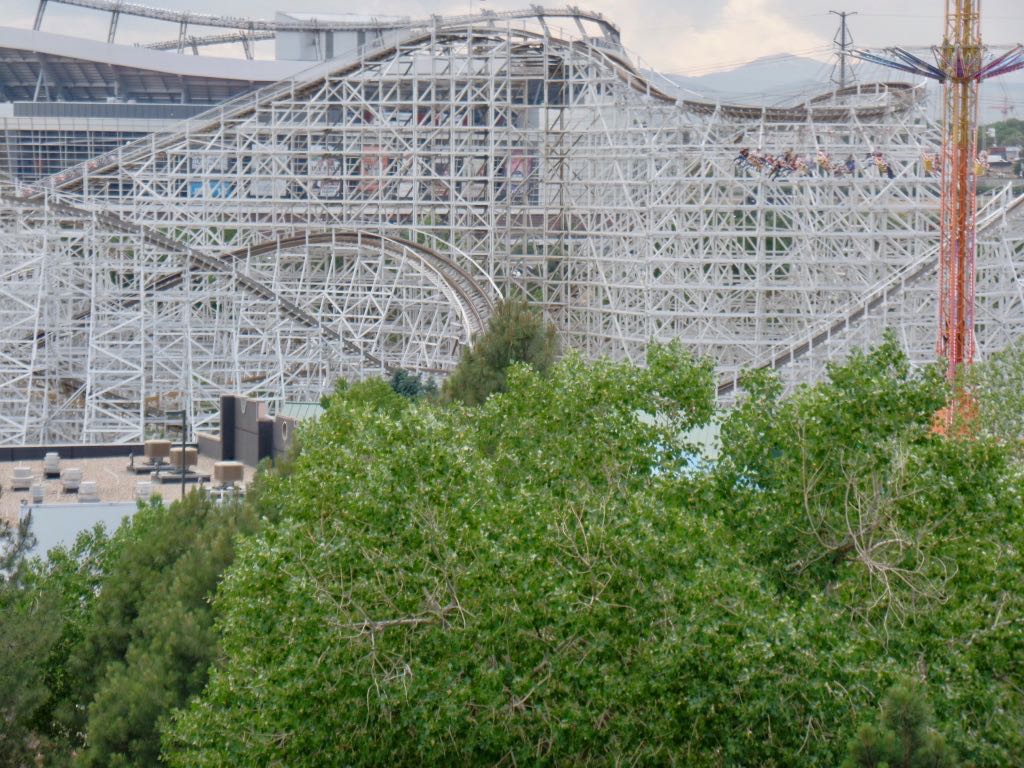 Photograph of Twister II --- there's a train going on it --- from on top of the Sidewinder station. 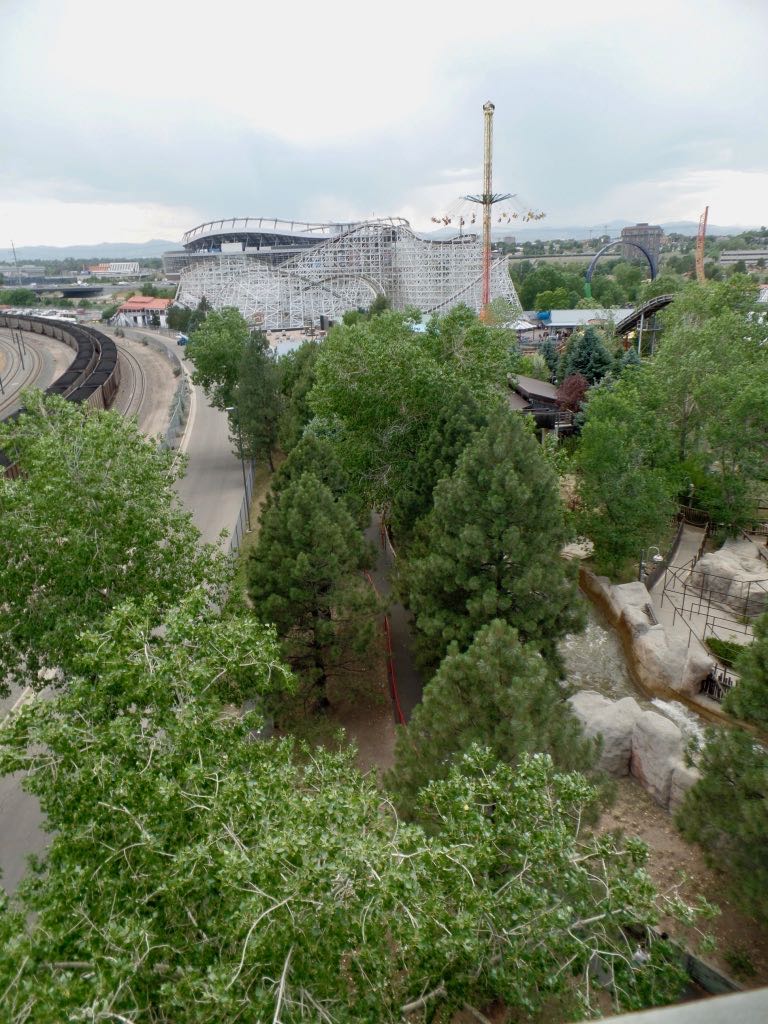 Another view of the park from atop Sidewinder, giving a view of Twister II, the Star Flyer elevated swing, and the Disaster Canyon whitewater rafting ride. 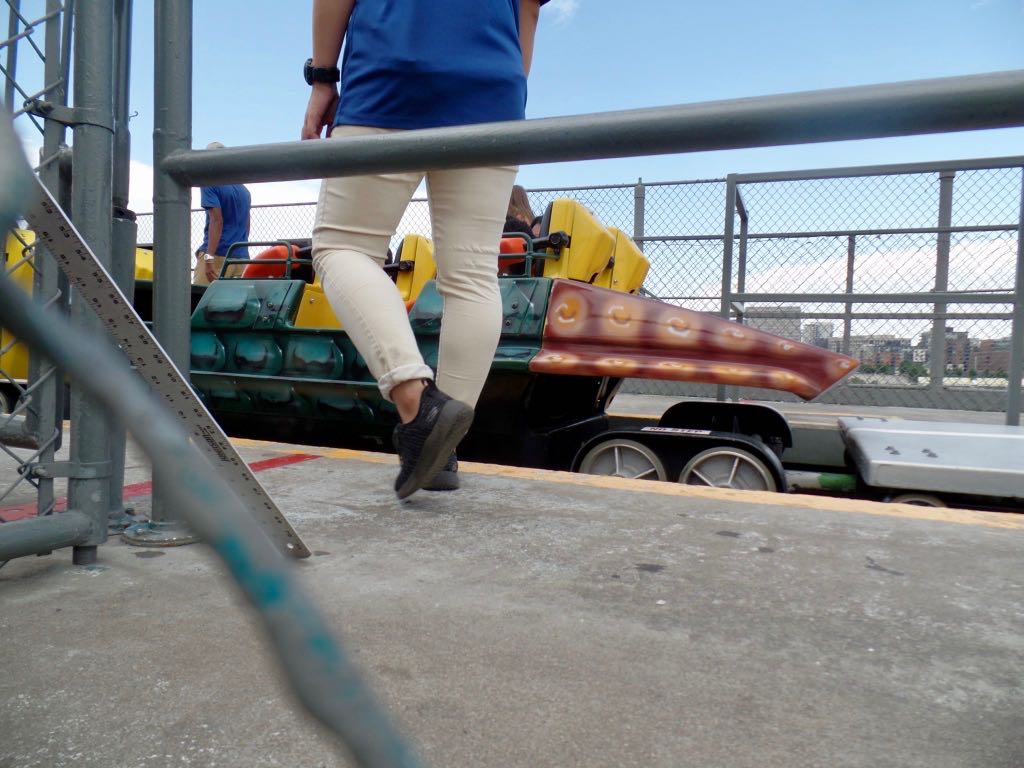 Ride operator going out to check the train before dispatch. 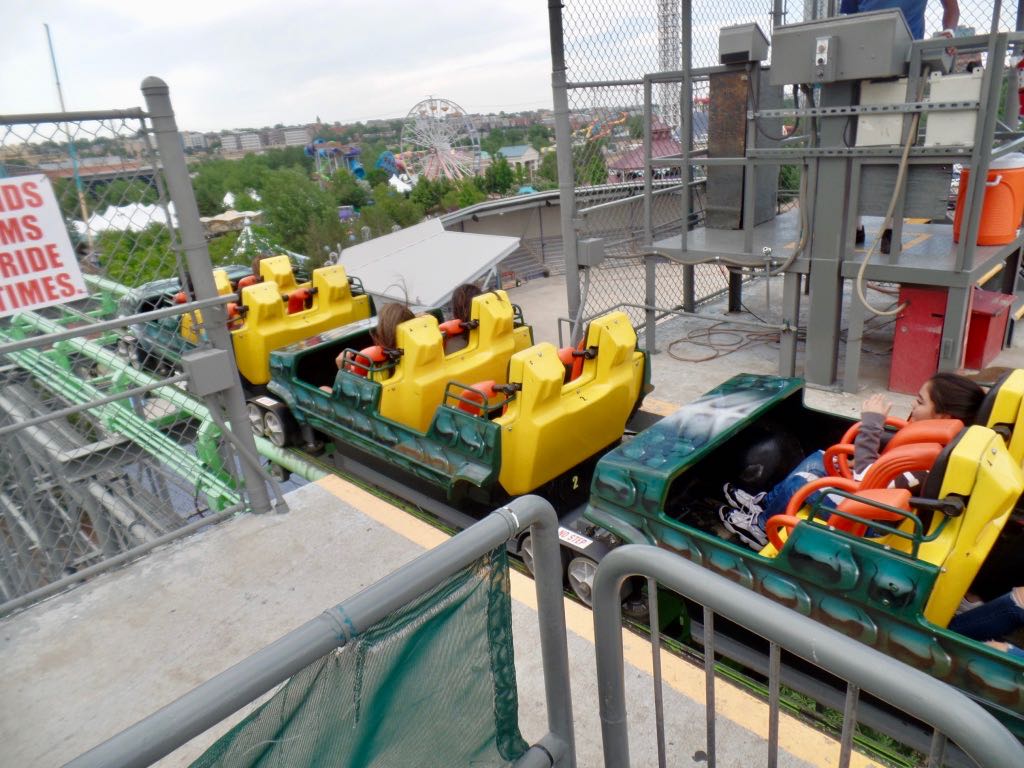 The train just leaving the station. 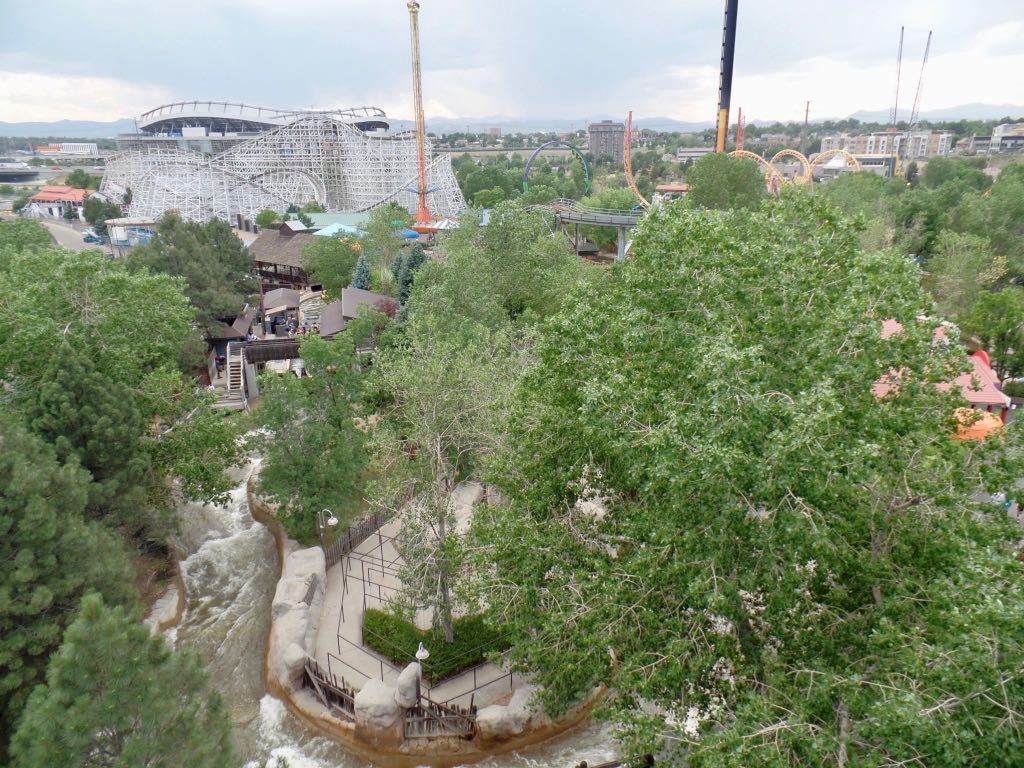 Another look out on the Twister II, Star Flyer, and some of the other rides; the twisty orange noodle thing on the right is Minderaser. 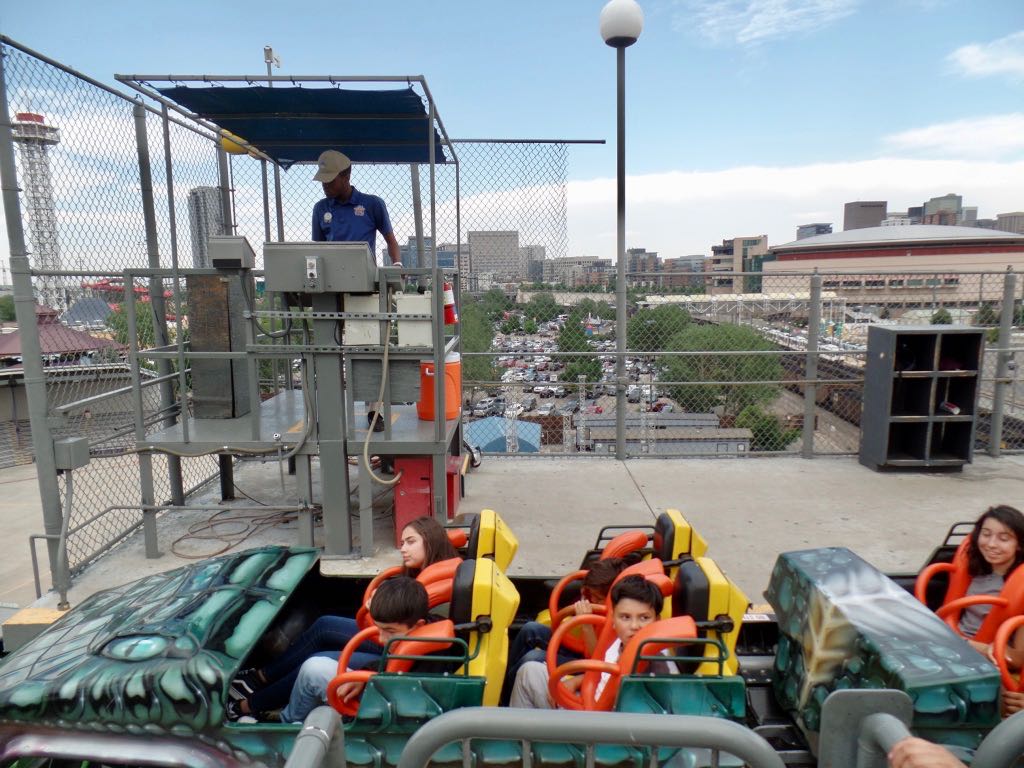 Ride operator getting ready to dispatch the train. 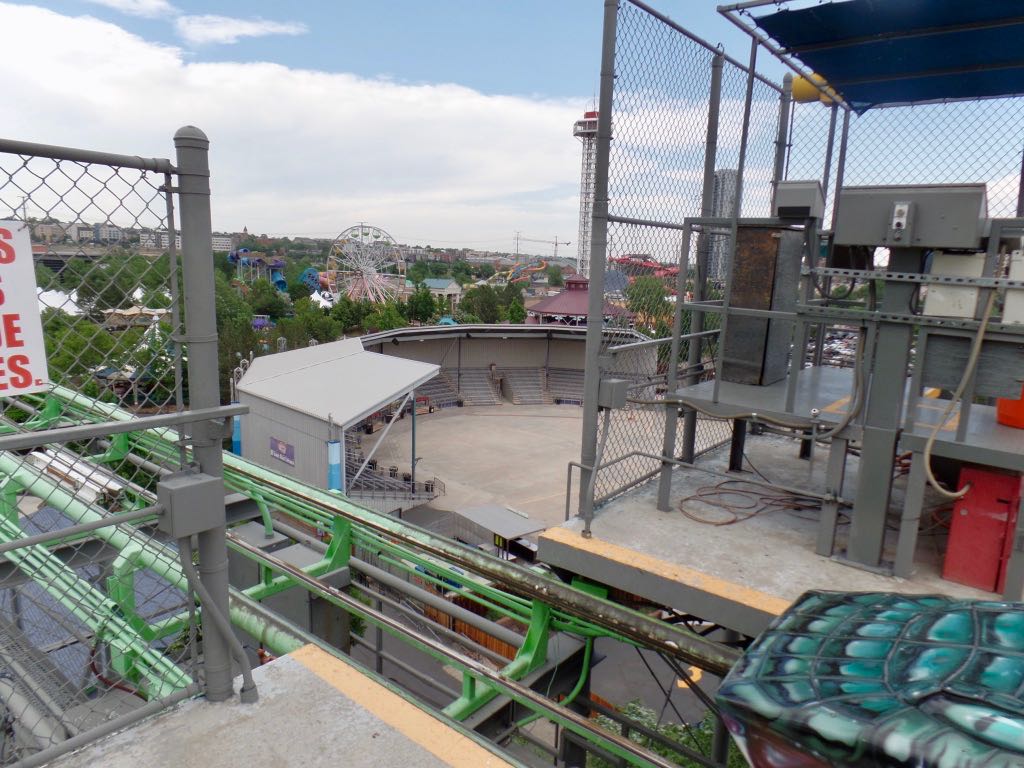 Just a peek at the snake's-head look of the train start, and a view of the amphitheater, Ferris Wheel, and drop tower beyond.

Trivia: Michael Faraday's first experimental work in two years came in 1842, investigating William Armstrong's discovery that the steam emitting from a boiler was electrically charged. He found the charge came from frictional contact between water droplets and the vent pipe, and then did no more laboratory work until 1844. Source: Faraday, Maxwell, and the Electromagnetic Field: How Two Men Revolutionized Physics, Nancy Forbes, Basil Mahon.