I'll get back to Elitch Gardens after looking over my humor blog, as is usual for Thursdays around here. You can get this stuff on your Reading page, if you'd rather, or add it to whatever RSS reader you use. 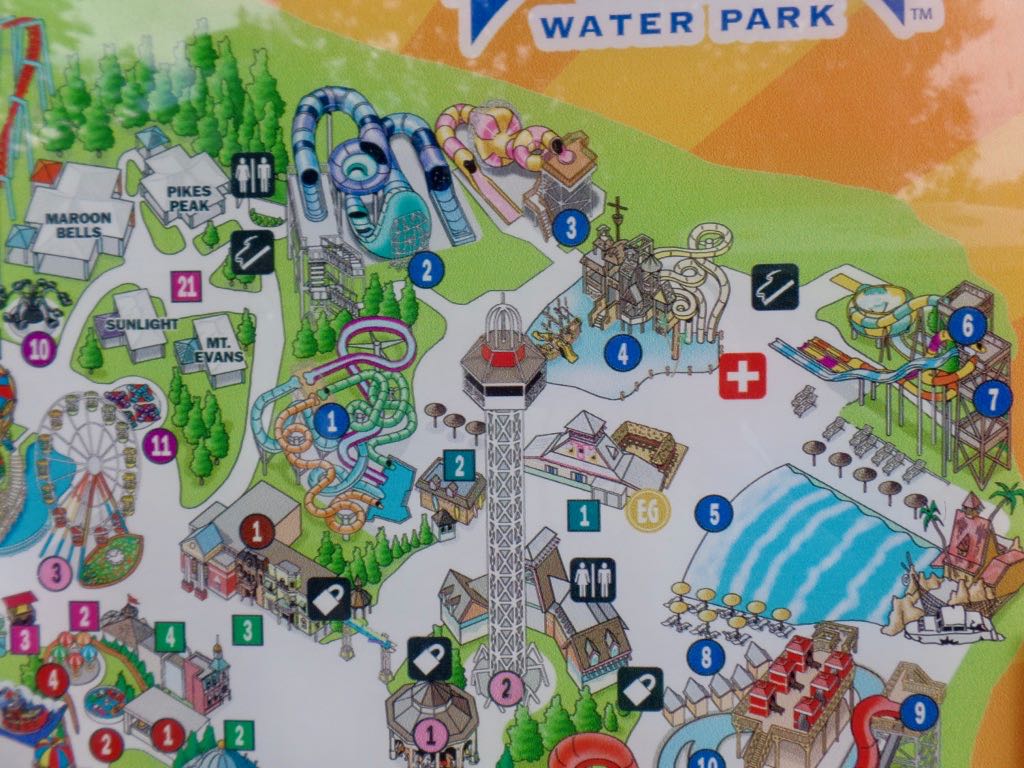 Photograph I took of one of the park's map signboards. The focus is just on the water park. 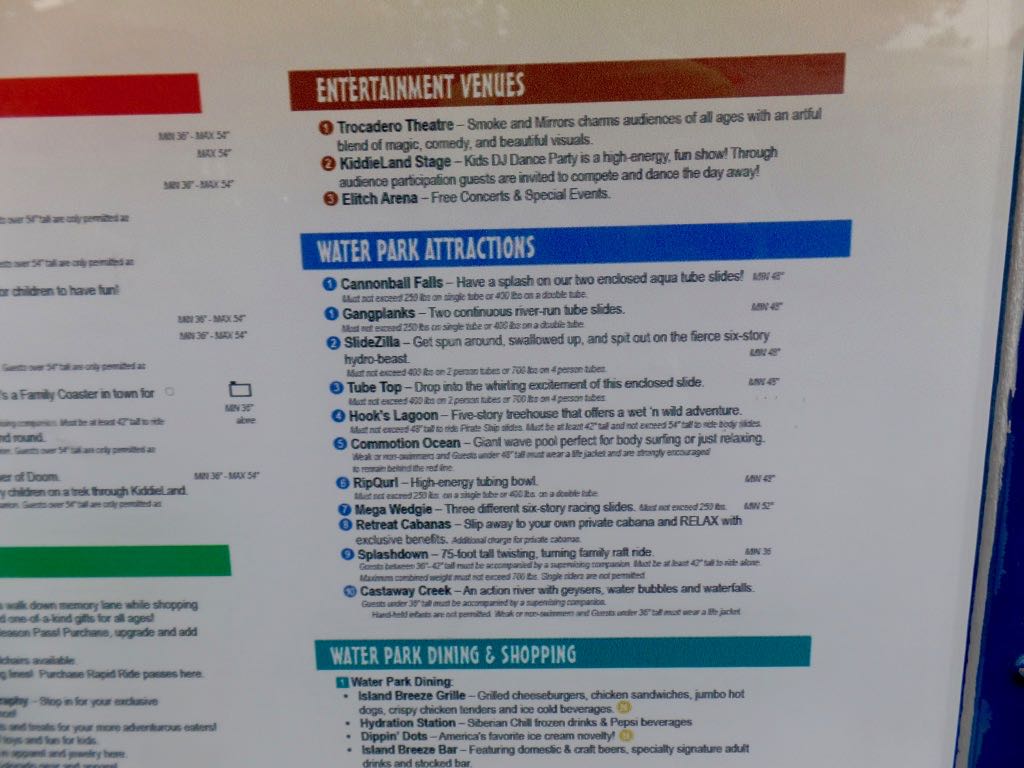 And, you know, here's the list of water park attractions, plus some surrounding materials. Why could I ever find this interesting enough to photograph, and to later share? 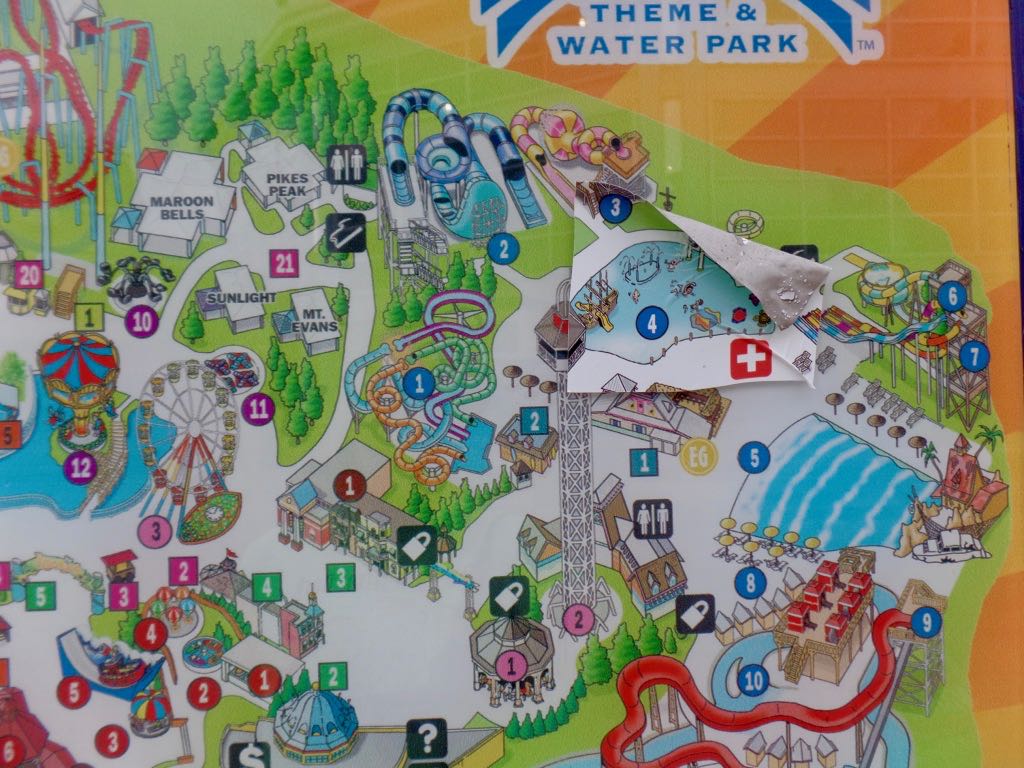 A-ha! A different park map sign showing a sticker put over the water park area. What on the earlier map had been #4, Hook's Lagoon (``Five-story treehouse that offeres a wet 'n wild adventure'') is, here ... looks like some sort of magic fountain in the water, instead. Since we didn't go into the water park we can't say which version of the park is correct. 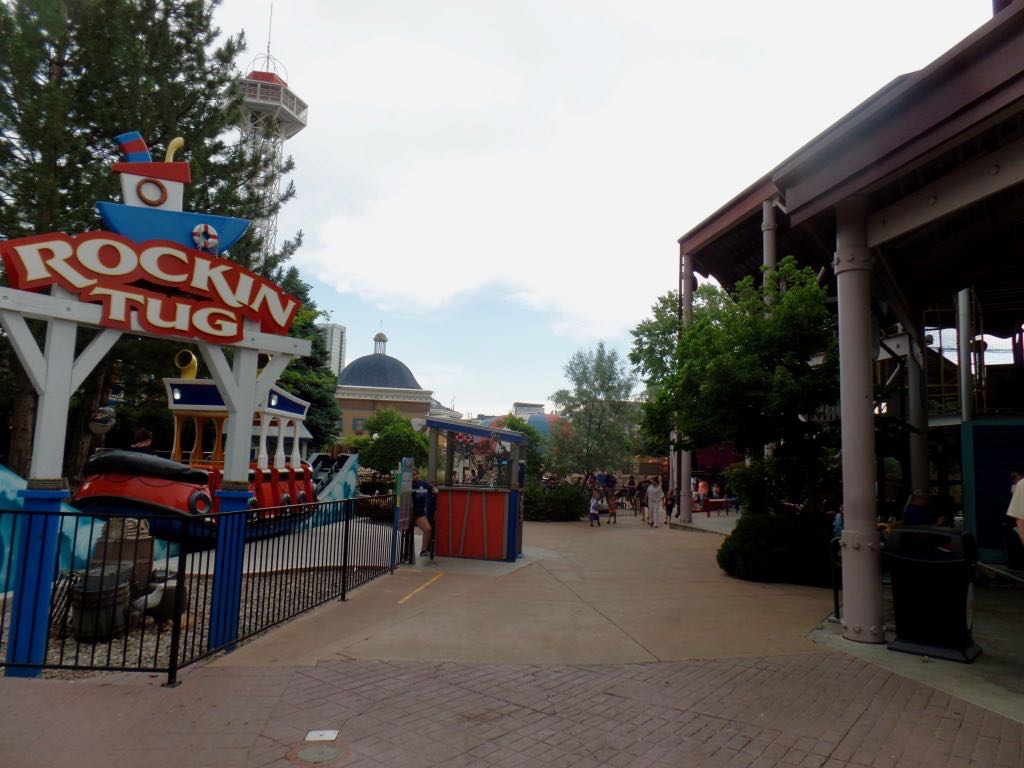 Venturing into the Kiddieland area. They had a roller coaster we weren't sure whether we could ride. 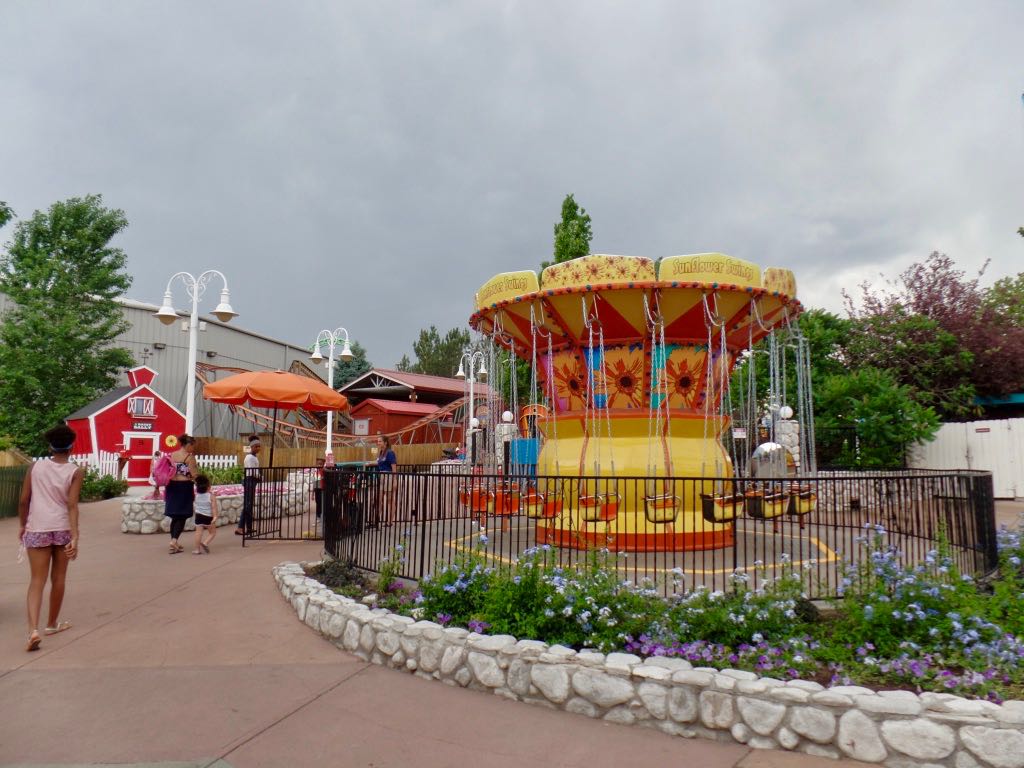 Kiddie swings ride with, in the background, a roller coaster. 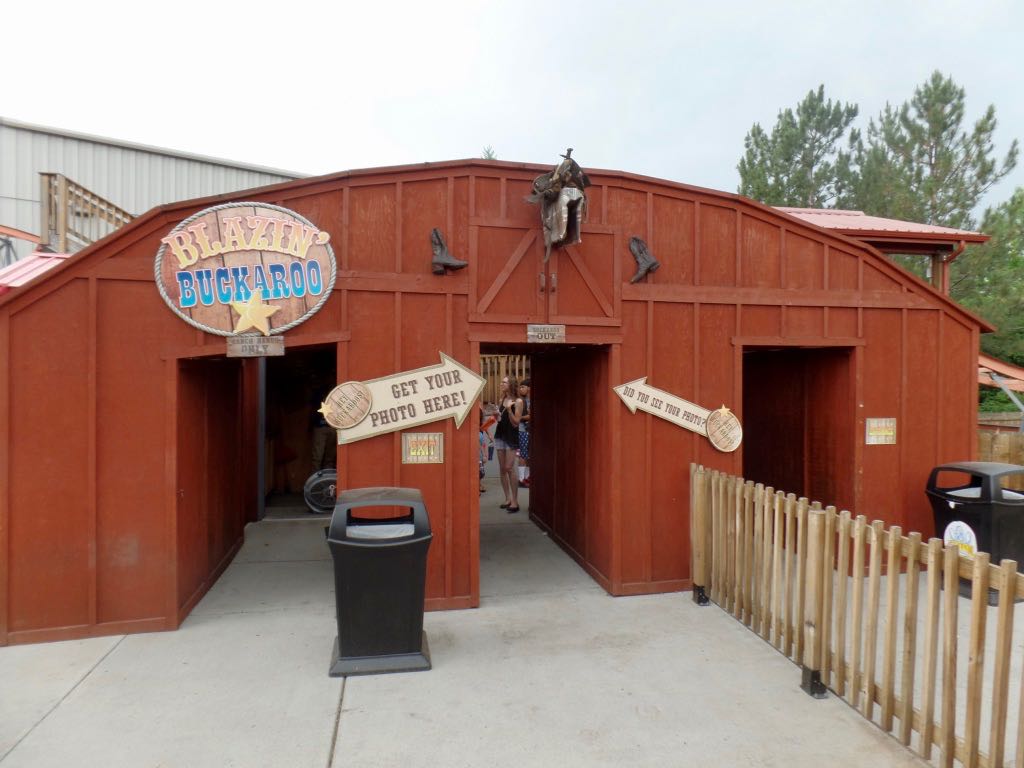 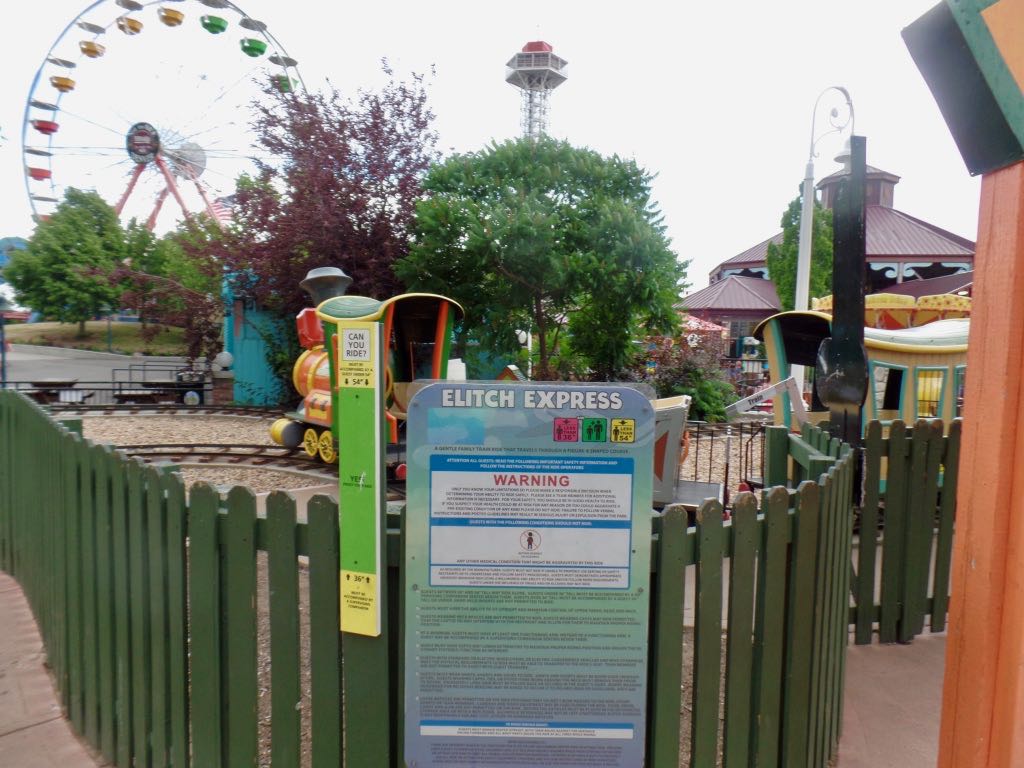 Oh, and next to it, the Elitch Express miniature train ride. 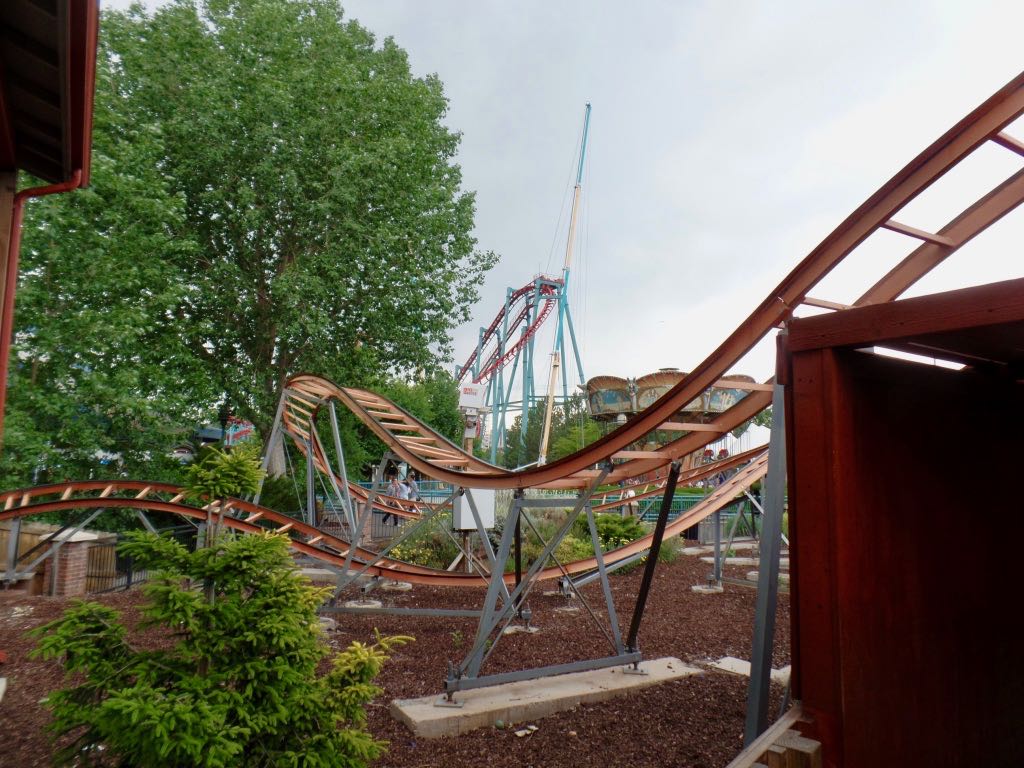 But here, back to the Blazin' Buckaroo kiddie coaster. It's a normal enough miniature roller coaster. Now that I look at this, I'm not sure how there's enough space there for riders' heads not to get lopped off. 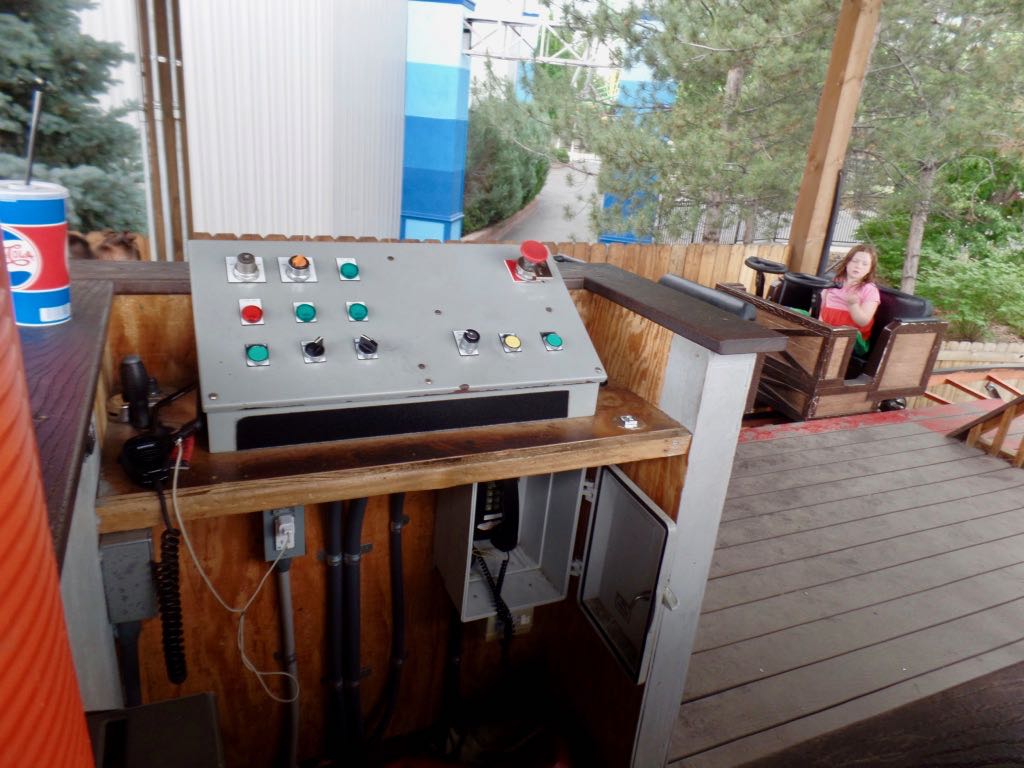 The control station and launch station for the Blazin' Buckaroo coaster. It turns out that adults aren't allowed to ride it. Or unaccompanied adults aren't. I'm still not sure. This could have been communicated to us earlier, though. The ride did have a line, after all. 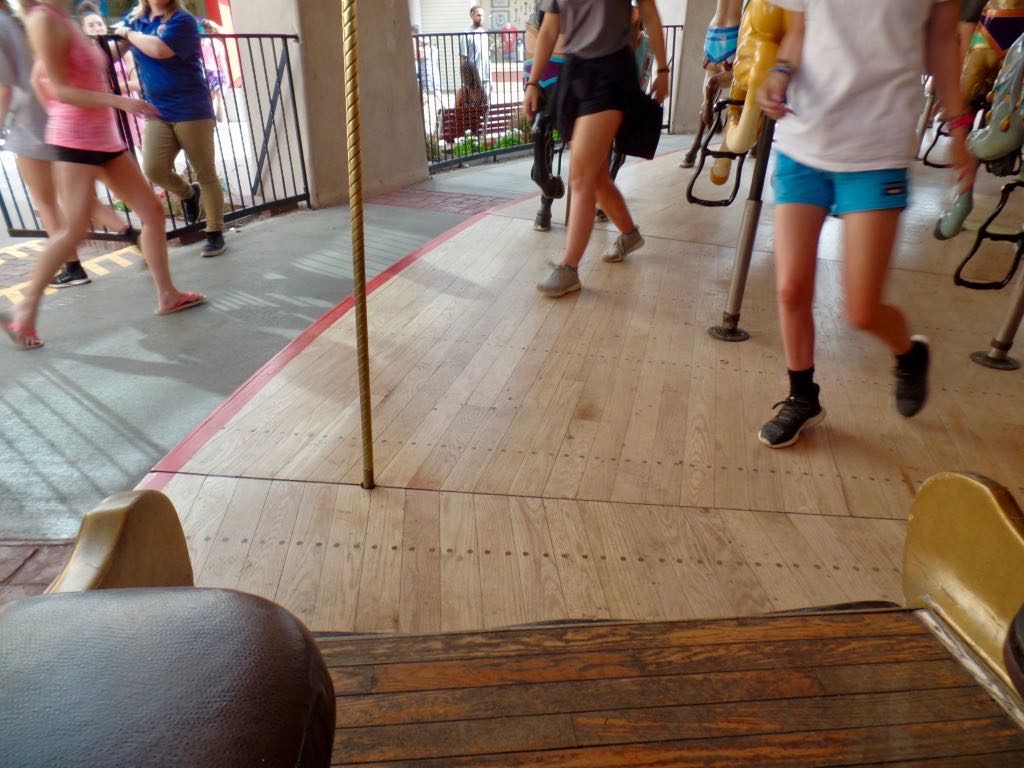 Back to the antique carousel! We rode in the chariot, which had this U-shaped couch open at the back, the end of which was roughly at level with the ride flat. 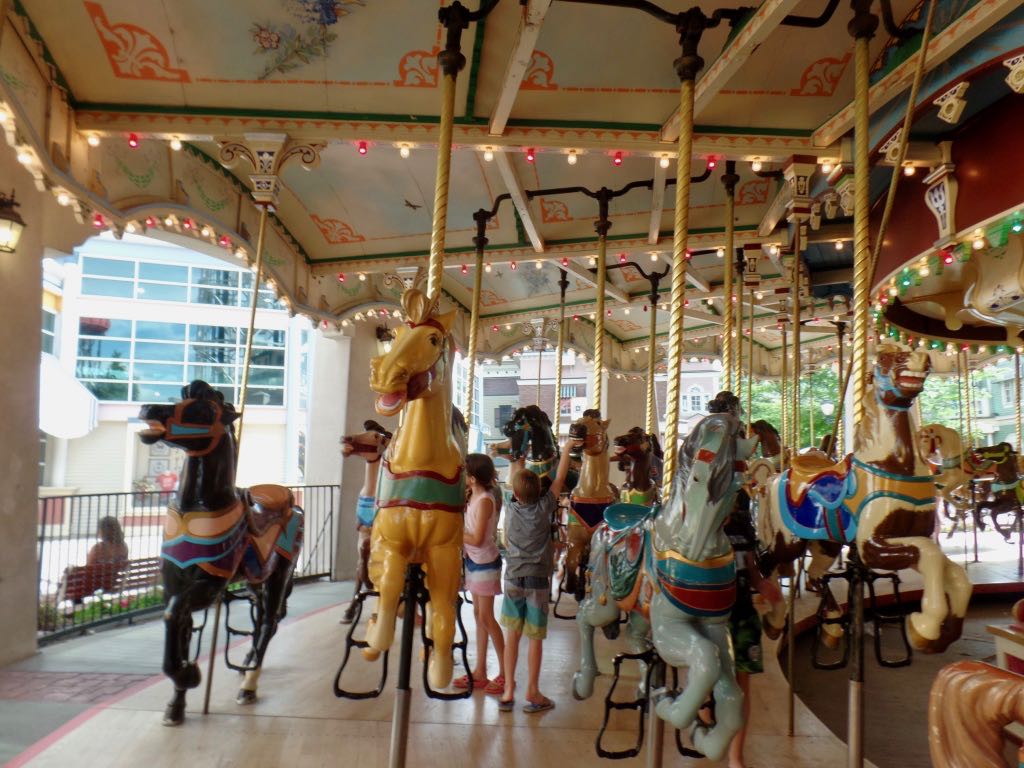 Looking at the column of horses behind the chariot. 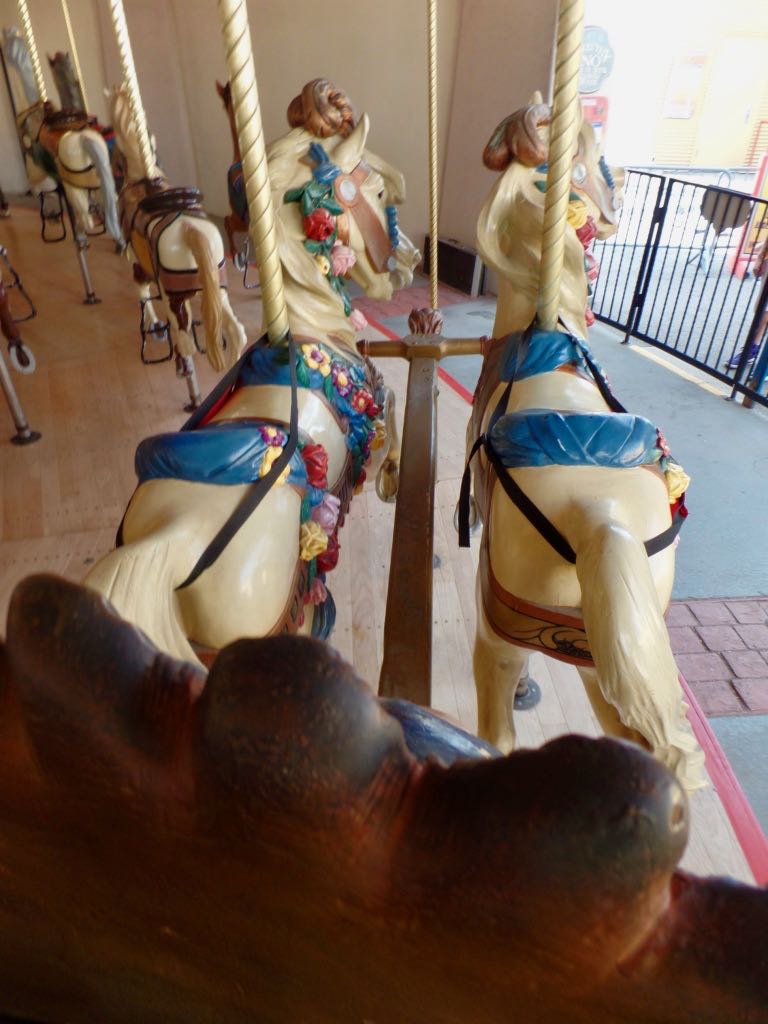 Looking forward from the chariot, over its front edge, to the harness 'attaching' it to the horses ahead.

Trivia: When it closed up in May 1943 the Works Progress Administration had about 37,000 employed yet, about 250 of them administrative staff. Source: American-Made: The Enduring Legacy of the WPA: Then FDR put the Nation to Work, Nick Taylor.