So, it happened again: my post about the Survivor Series pinball tournament got rated as one of LiveJournal's top-25 most popular posts. Also for whatever reason LiveJournal sent me a ``statistic daily digest'' for the day, telling me the eloquent word that:

And then went on to list the one most popular post of the day. So, yeah, things have gone amazingly wrong somewhere along the line.

Also I'm once again caught up on events. So here's a nice mess of Elitch Gardens pictures. We stopped to take in a show, for example. 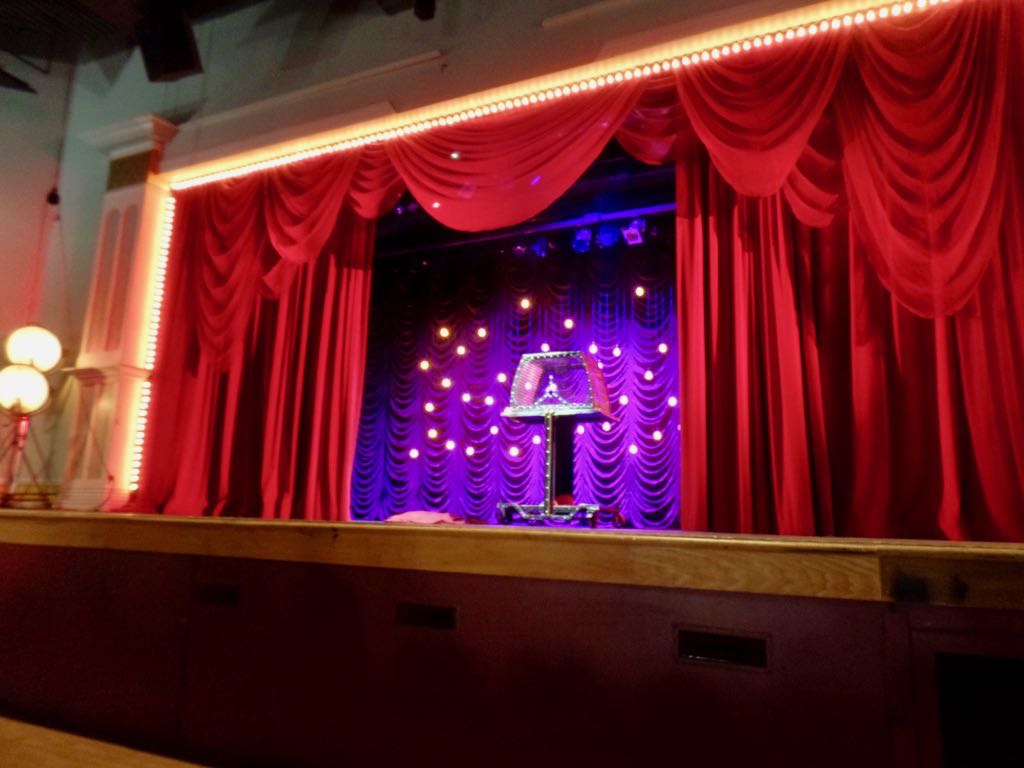 Magic show on stage at the Trocadero. 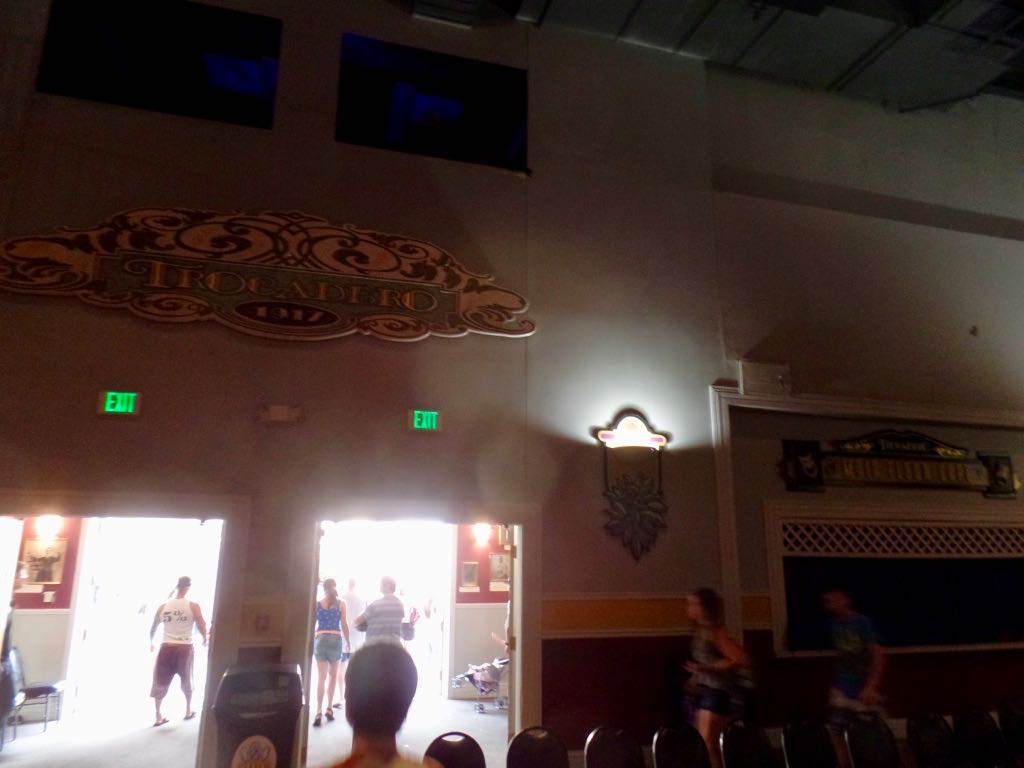 Looking out the back door, and the vestibule. 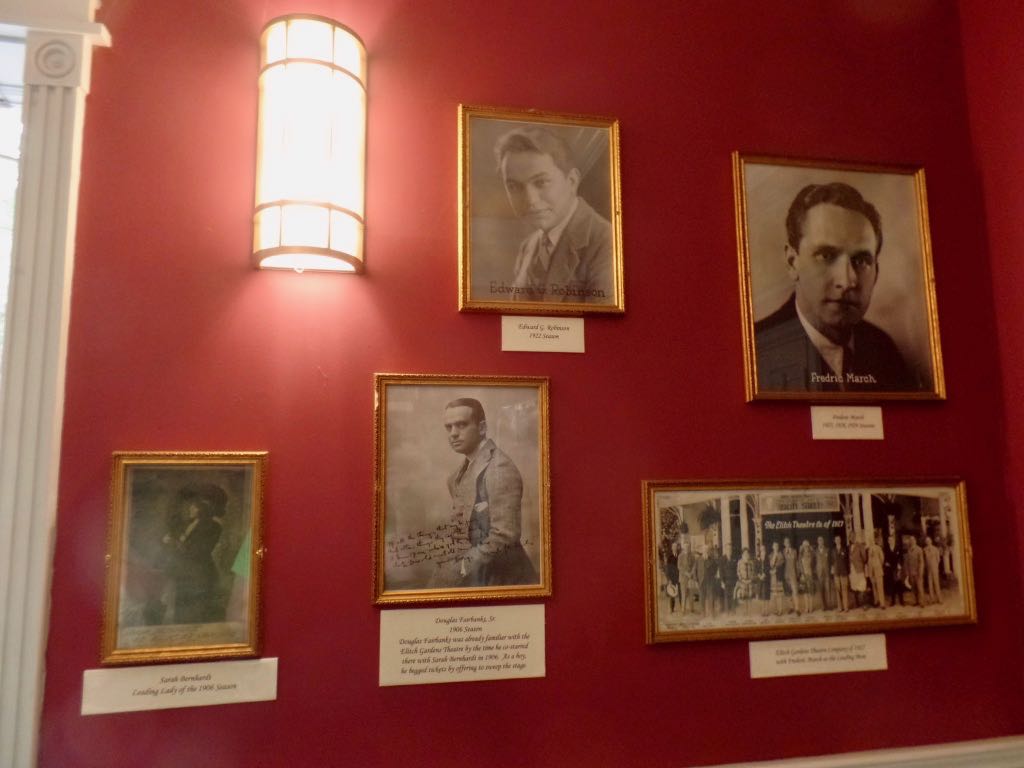 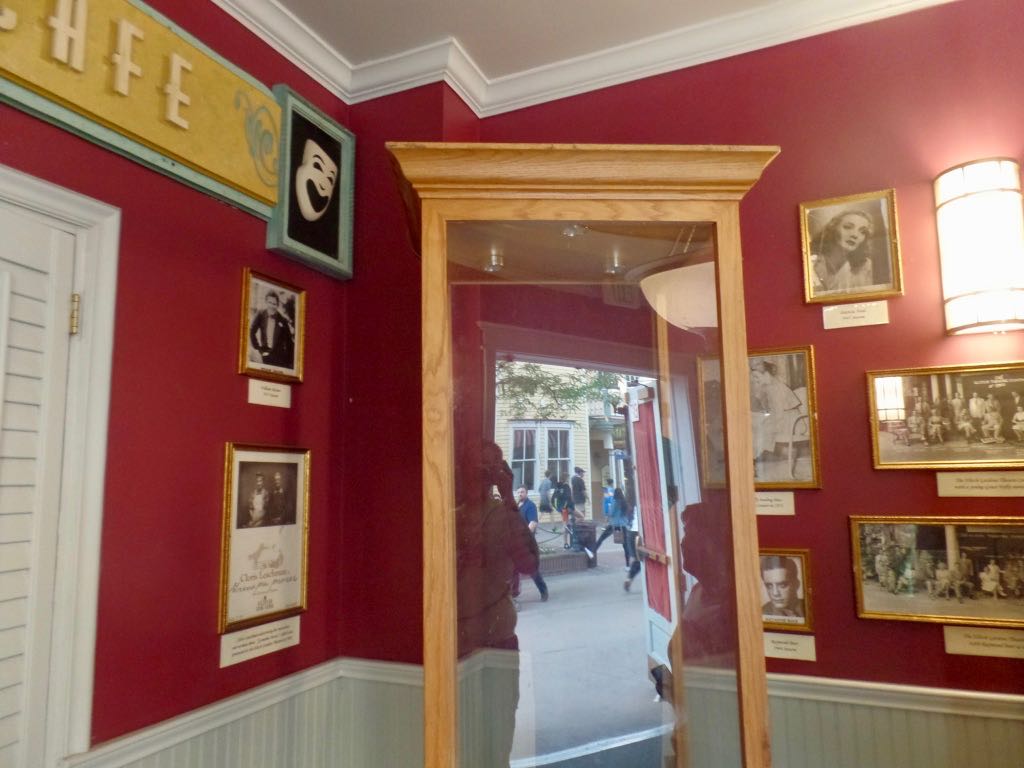 ... more pictures, including Raymond Burr (bottom center) and stock company photographs and, in the upper right, an actress whose name I can no longer make out ... 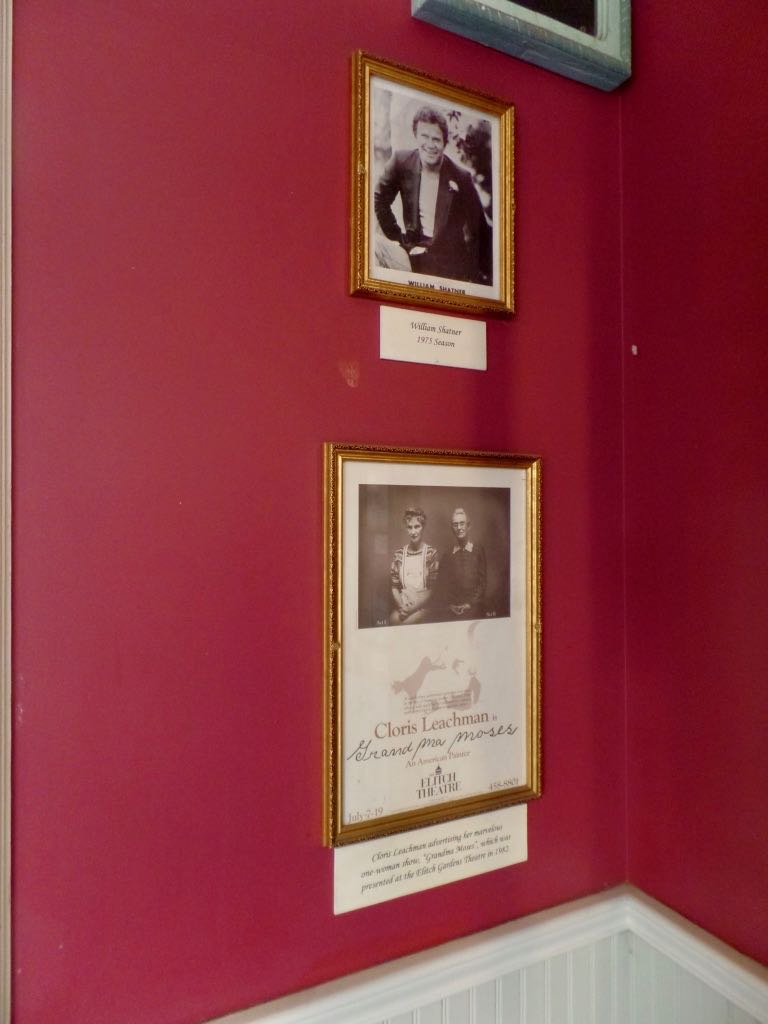 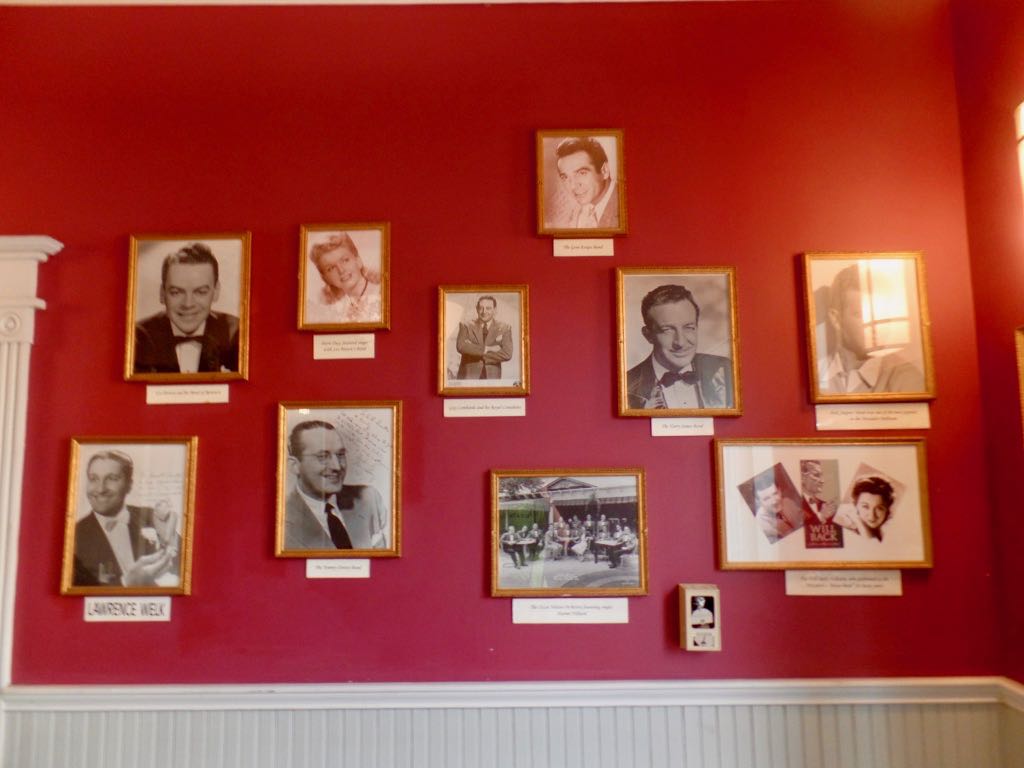 ... top row, can't read it, Doris Day, Guy Lombardo, Gene Krupa (above and to the right of Lombardo), Harry James, can't make that out; bottom row, Lawrence Welk, Tommy Dorsey, the Ozzie Nelson Orchestra, thermostat, and can't make it out but apparently Will Back is important to understanding it. 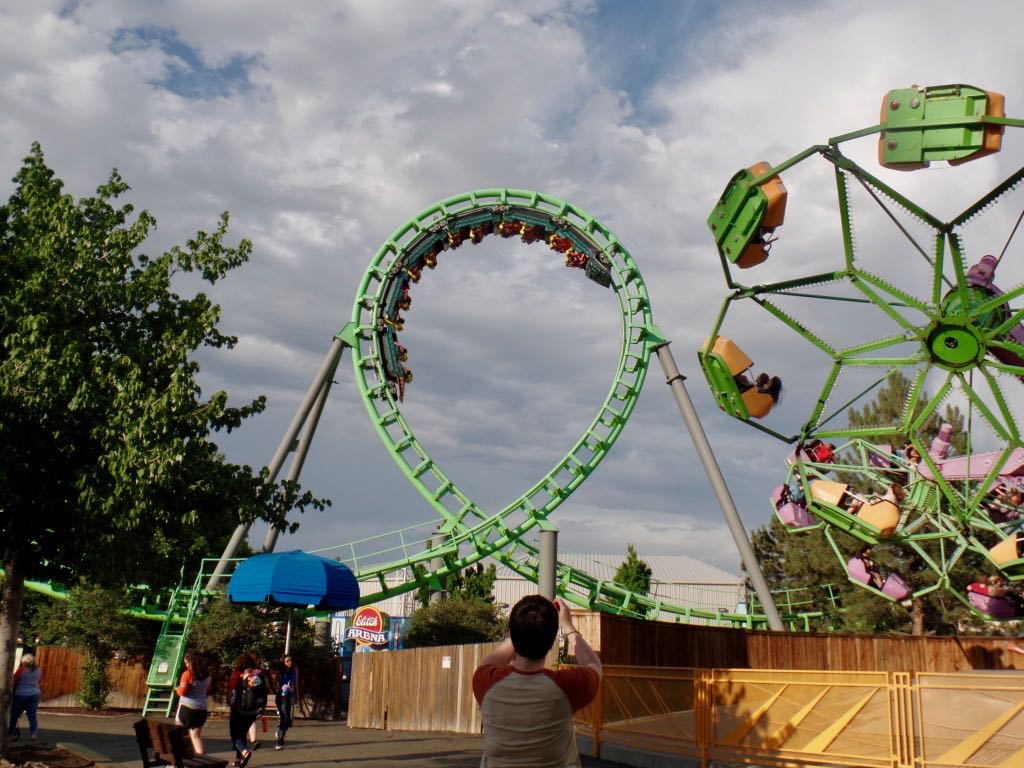 Back outside. Here's the Troika on the right and the Sidewinder roller coaster in the middle of a loop, as observed by 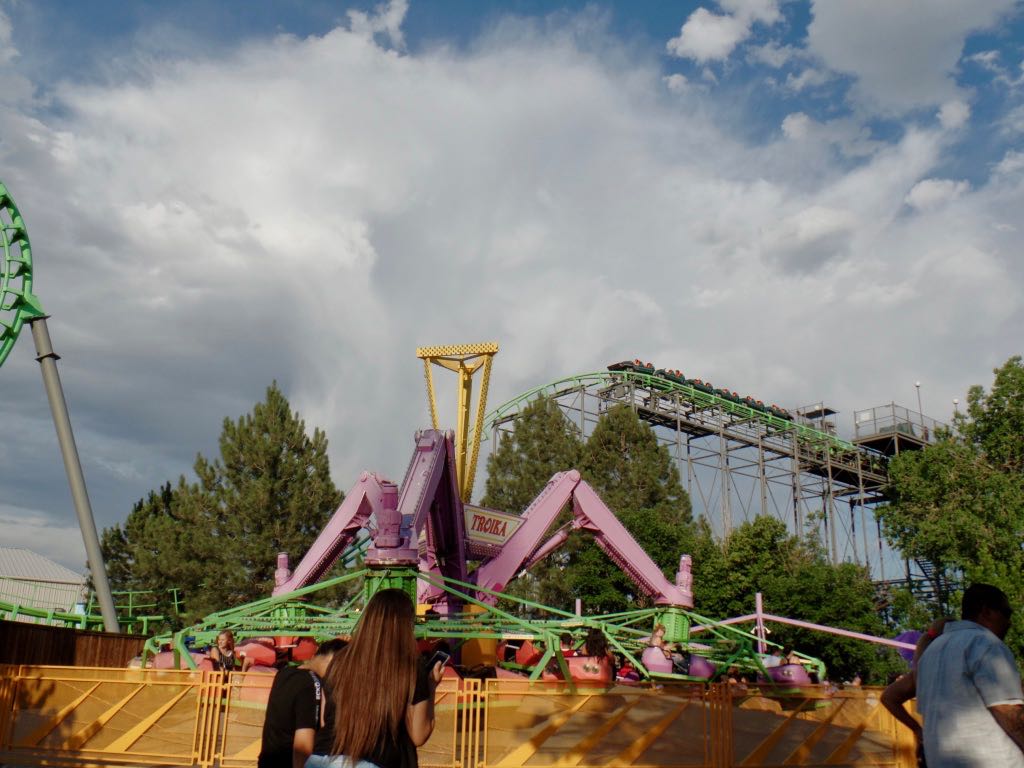 Looking up to the launch station of Sidewinder. Believe it or not I have photographs that don't include Sidewinder. 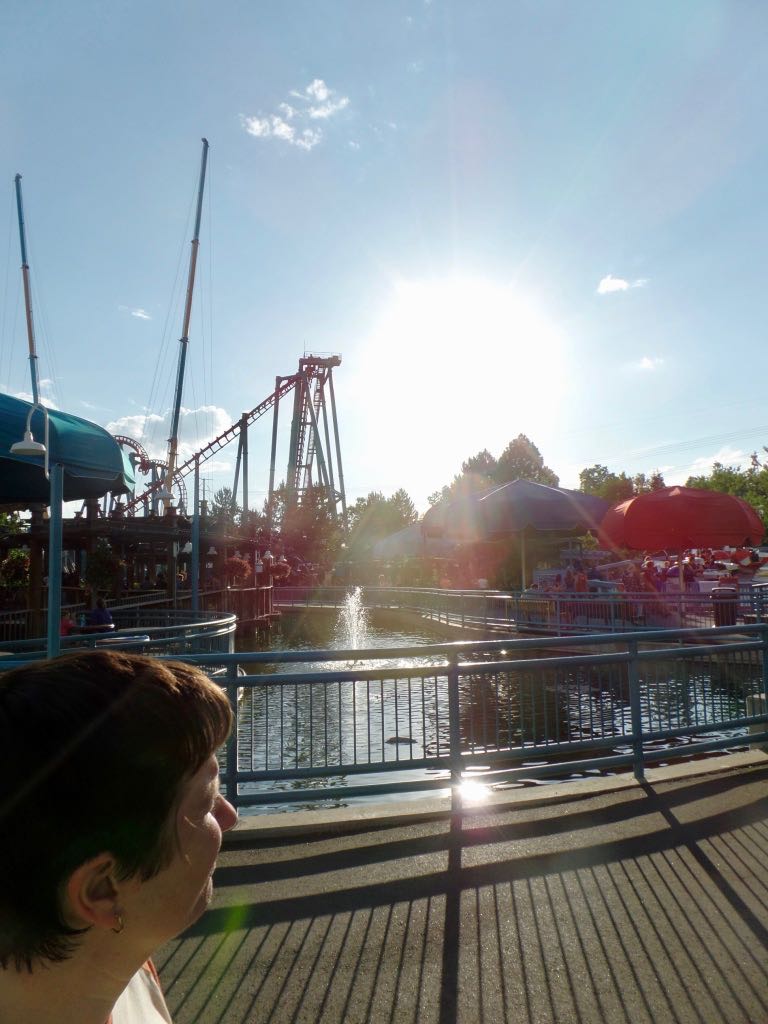 And we're already into the evening! We stop to admire the late sun over some water. 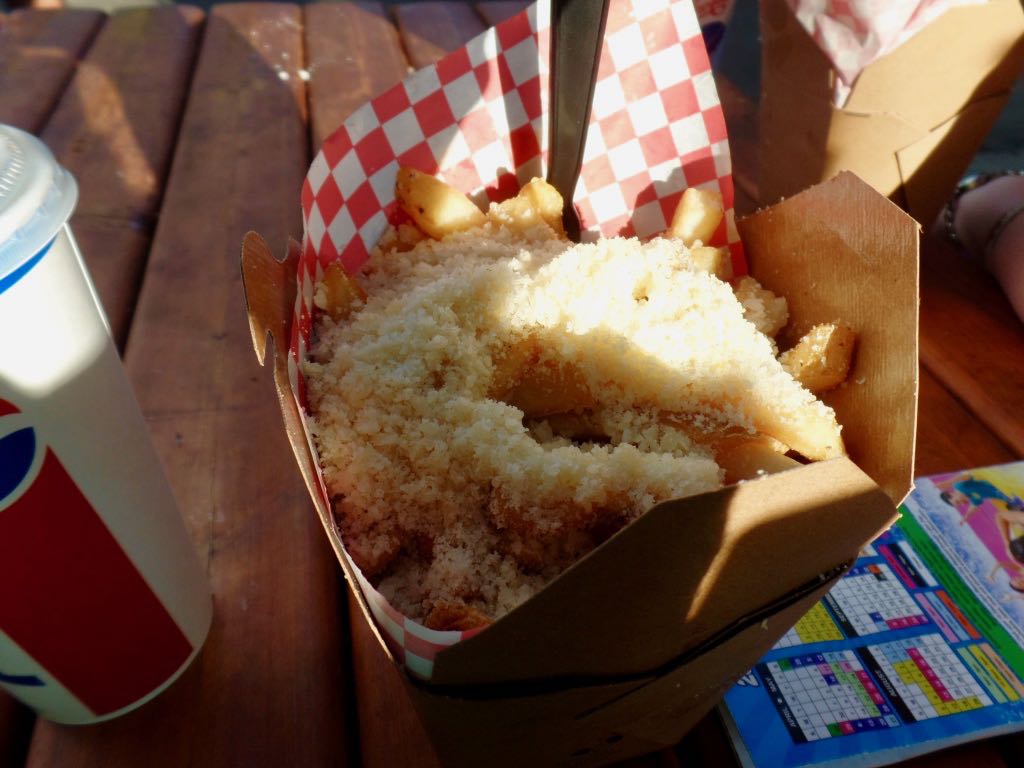 We got a pile of cheese fries that we did not realize would be a huge pile of fries with seven inches of shredded cheese on top. Totally worth it. 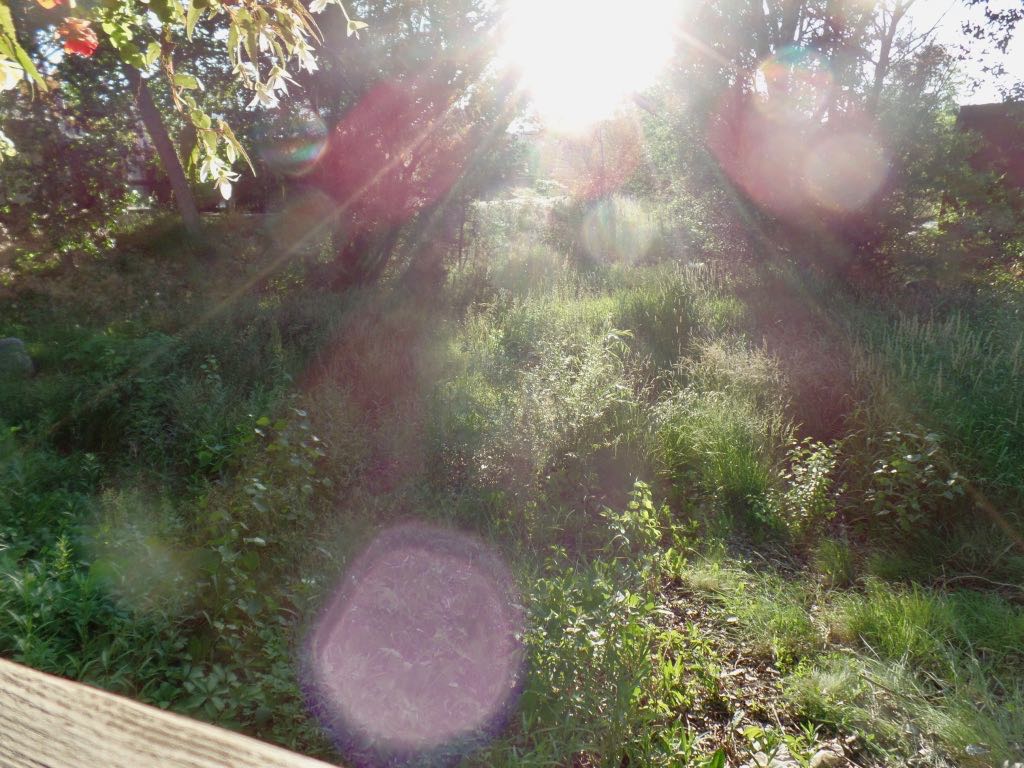 We stopped for lunch at a table beside a bit of open grassland. We didn't realize what a beautiful spot it was until we were partway through eating. 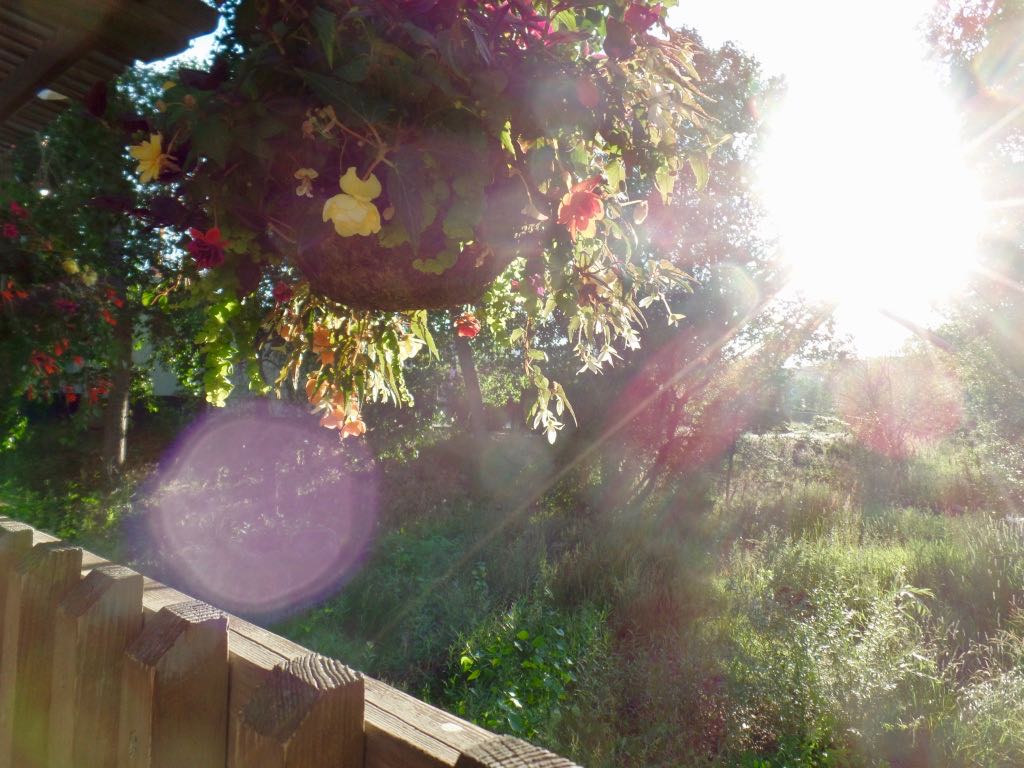 More of the early-evening sun over the 'wild' parts of the park. (I assume that the landscape here was crafted to look wild, is all.)

Trivia: Auglaize County, Ohio, announced the building of a $200,000 airport to be named for Neil Armstrong following his Gemini VIII flight in 1966. Source: First Man: The Life of Neil A Armstrong, James R Hansen.

Currently Reading: Apollo Pilot: The Memoir of Astronaut Donn Eisele, Donn Eisele, Editor Francis French. And, uh, wow. You don't expect astronauts to write snarky, but especially ... like ... OK, he snarks on Joe Shea saying ``we'll take care of you, don't worry'', in a quarrel about attitude control propellant amounts, and then says, ``He took care of us all right. Ask Gus, Roger and Ed of the Apollo 1 crew. Oops, sorry about that test, fellows.'' Wow.