Oh, baby, make me know you love me so and then

So, more stuff has happened. I haven't had time to write about it. Please, take some pictures of Elitch Gardens instead. 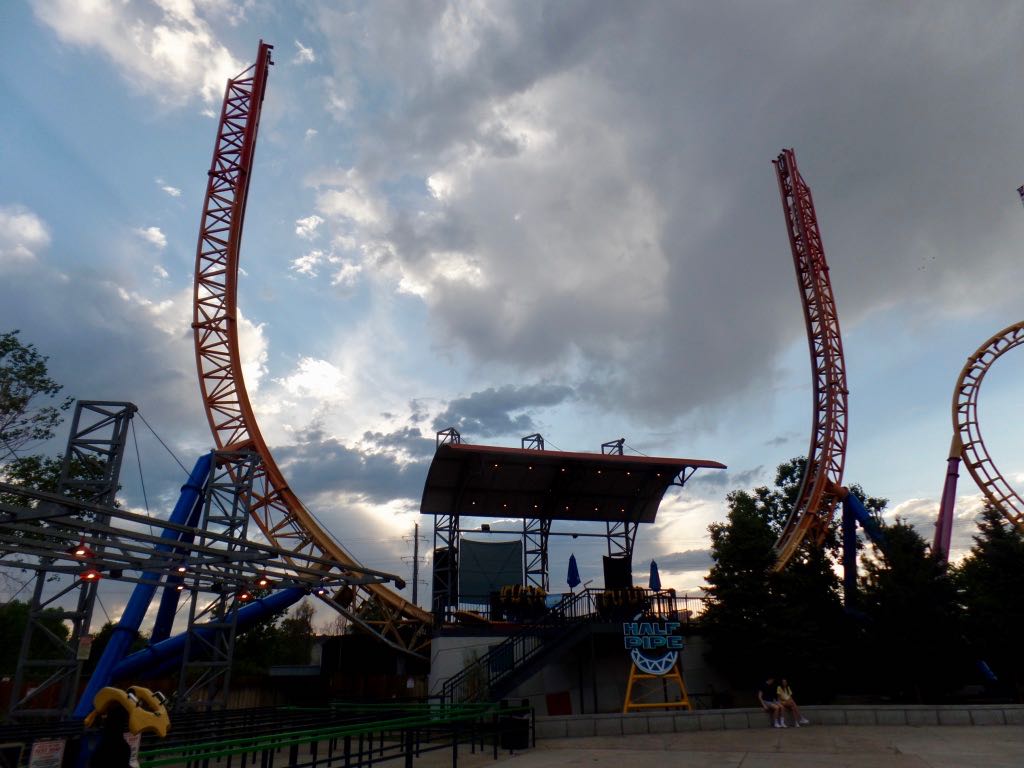 Half Pipe, the skateboarding-themed roller coaster that was, sad to say, closed as we passed it, and passed it again, and again. It's a shuttle coaster, the car rocking back and forth rather than making a complete loop (as you'd guess from the picture). 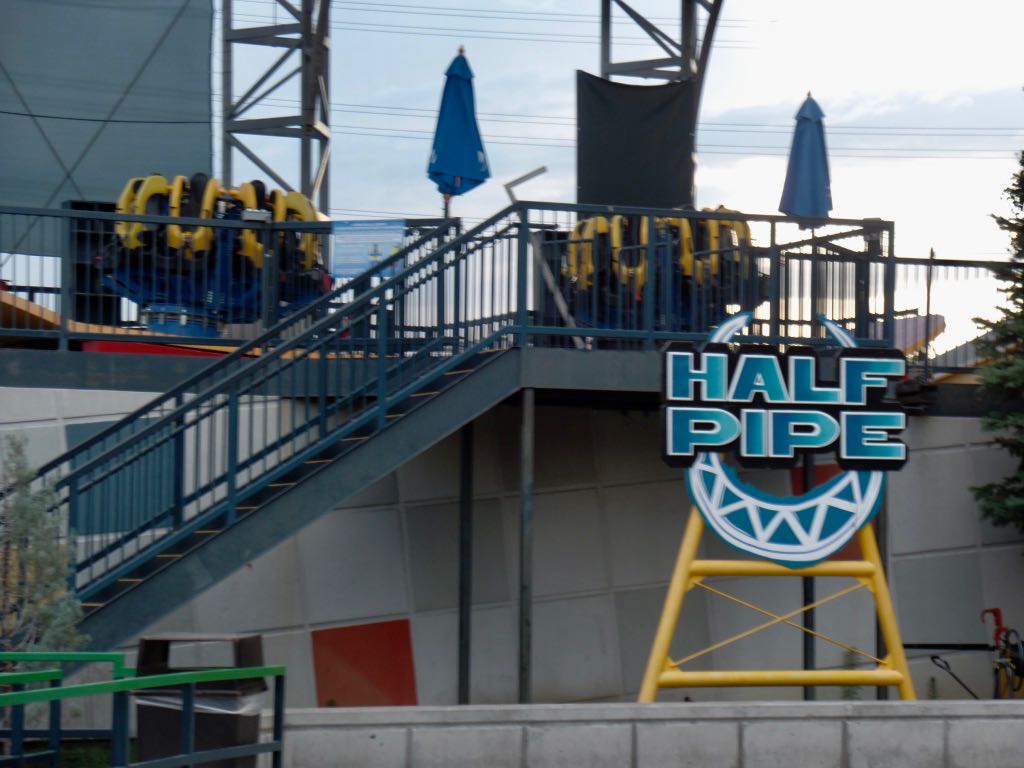 Half Pipe doesn't have a train, really; it's got two circular pillars of seats that spin freely during the roller coaster ride. I'd seen this on Roller Coaster Tycoon 3;

bunny_hugger never had and found it a challenge to her idea of what a roller coaster was. 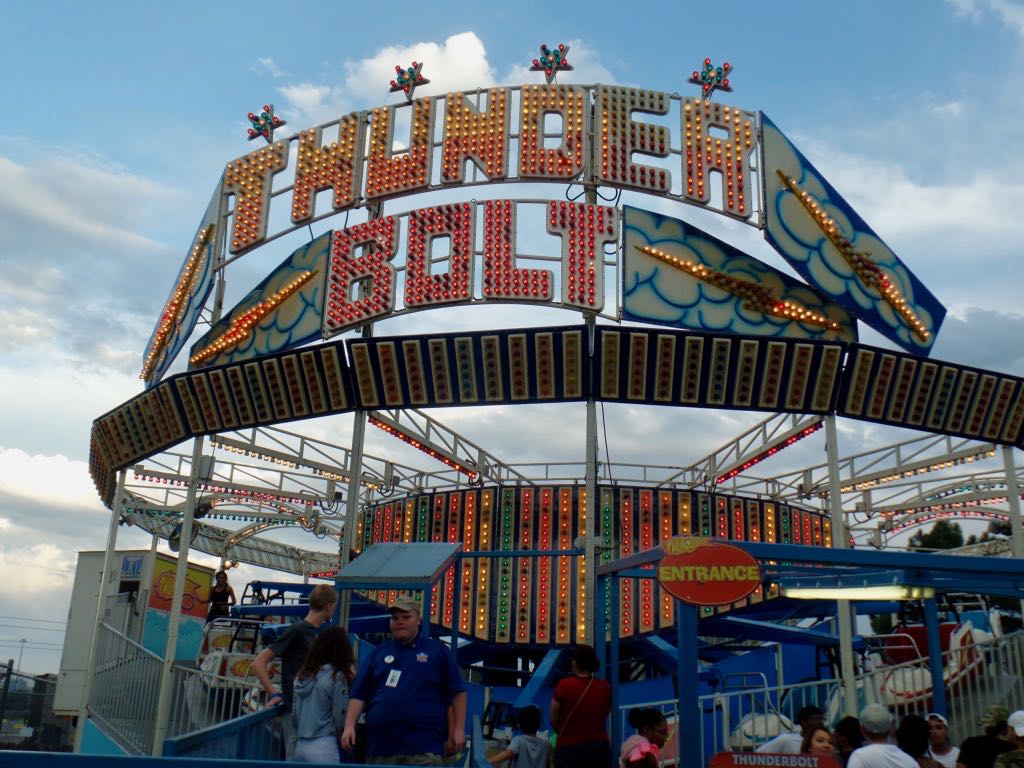 Thunderbolt, a Matterhorn ride very like the one at Michigan's Adventure, which also had the problem with getting all its lights working simultaneously. 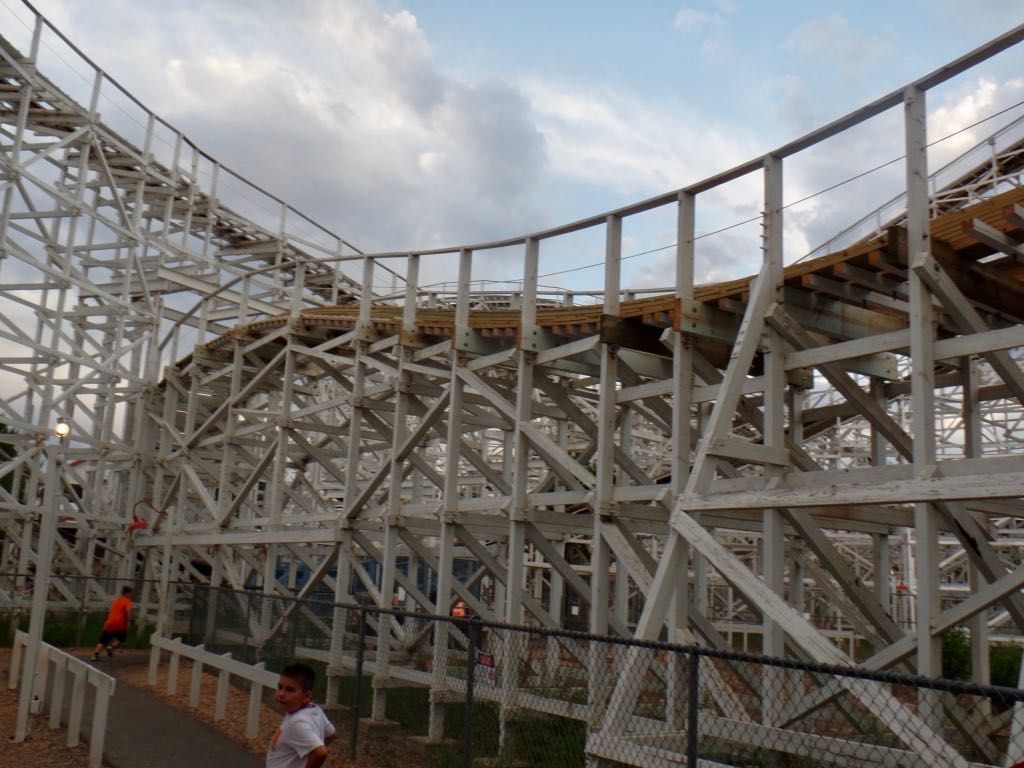 This was our chance for a second ride on Twister II. Here's some of the approach queue and a nice view of the middle leg of the roller coaster. 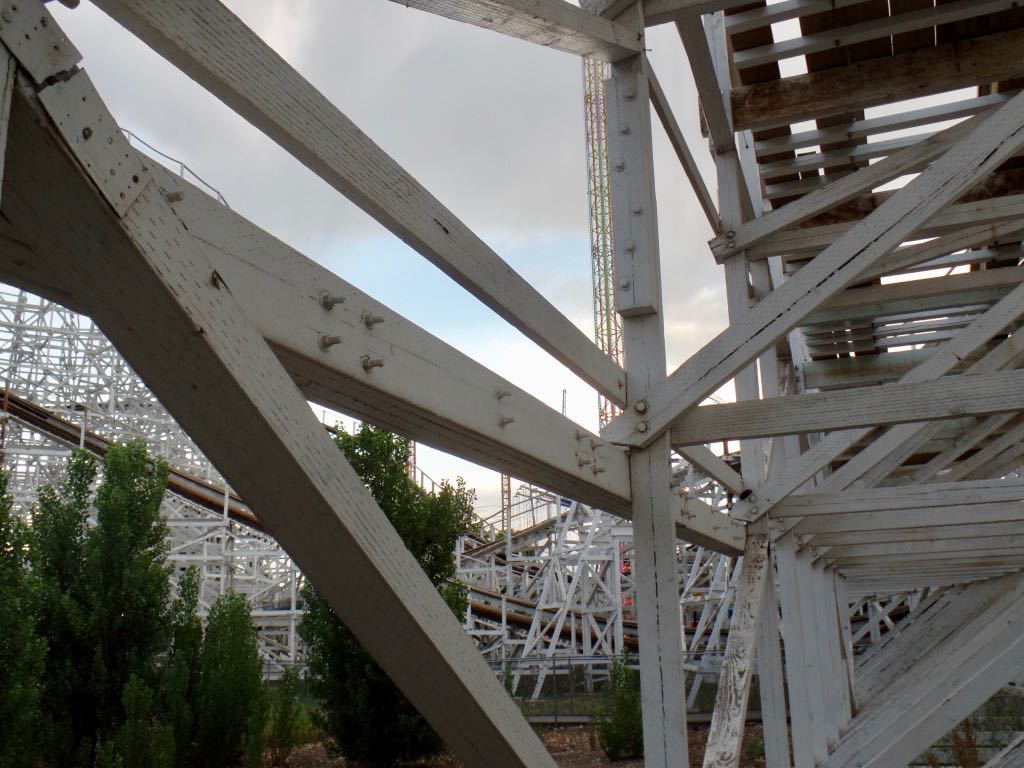 Walking underneath the roller coaster track and getting several hills in a row in the picture. 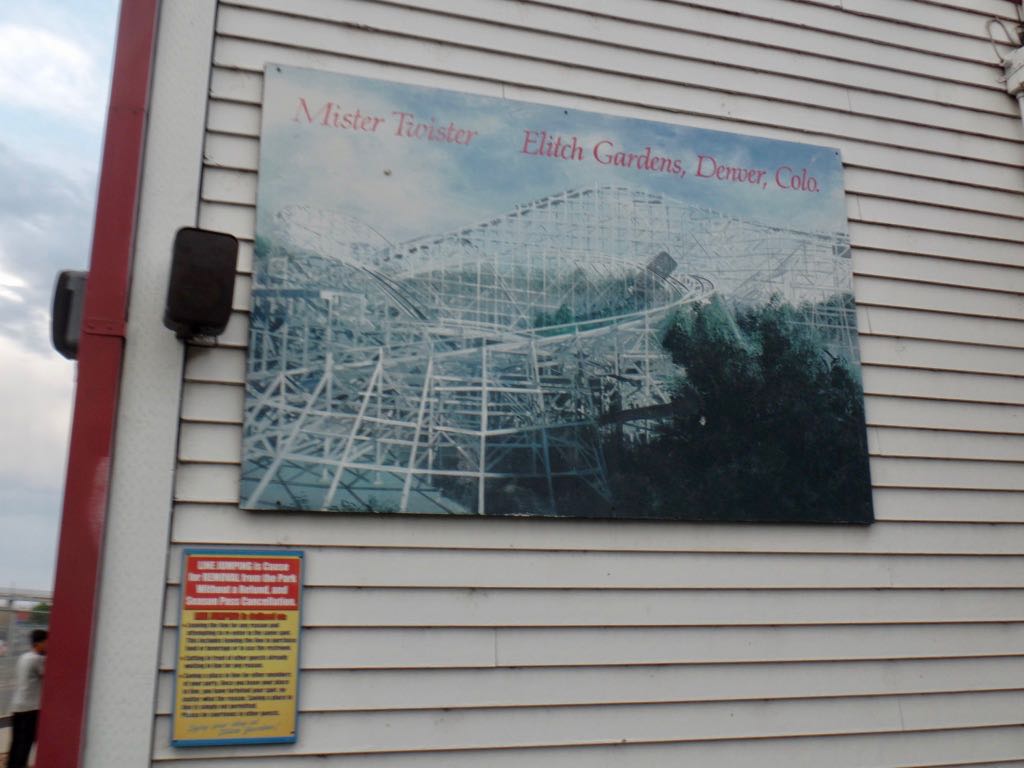 Approaching the ride we pass a picture of the original Elitch Gardens Mister Twister. Its mirror's at Knoebels and, wow, it really does look like that. 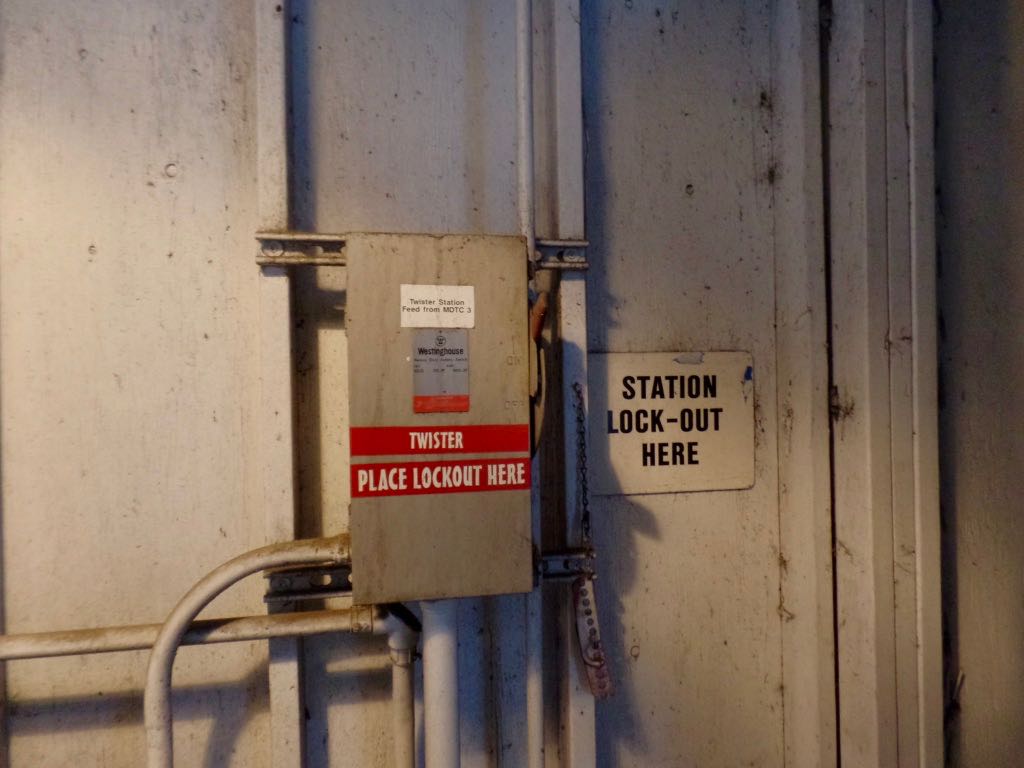 Of course I'd take pictures of the inner hardware; here, of the electrical system shutoff stuff. 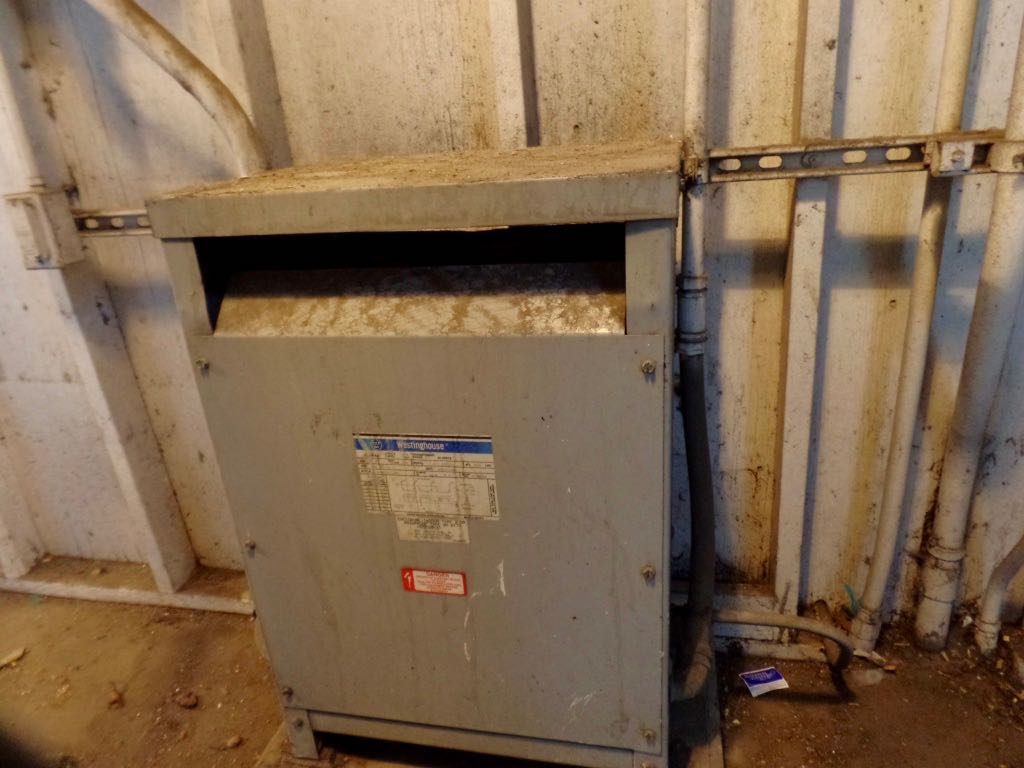 I don't know what this is but it's definitely hardware. Probably a power transformer or similar system. 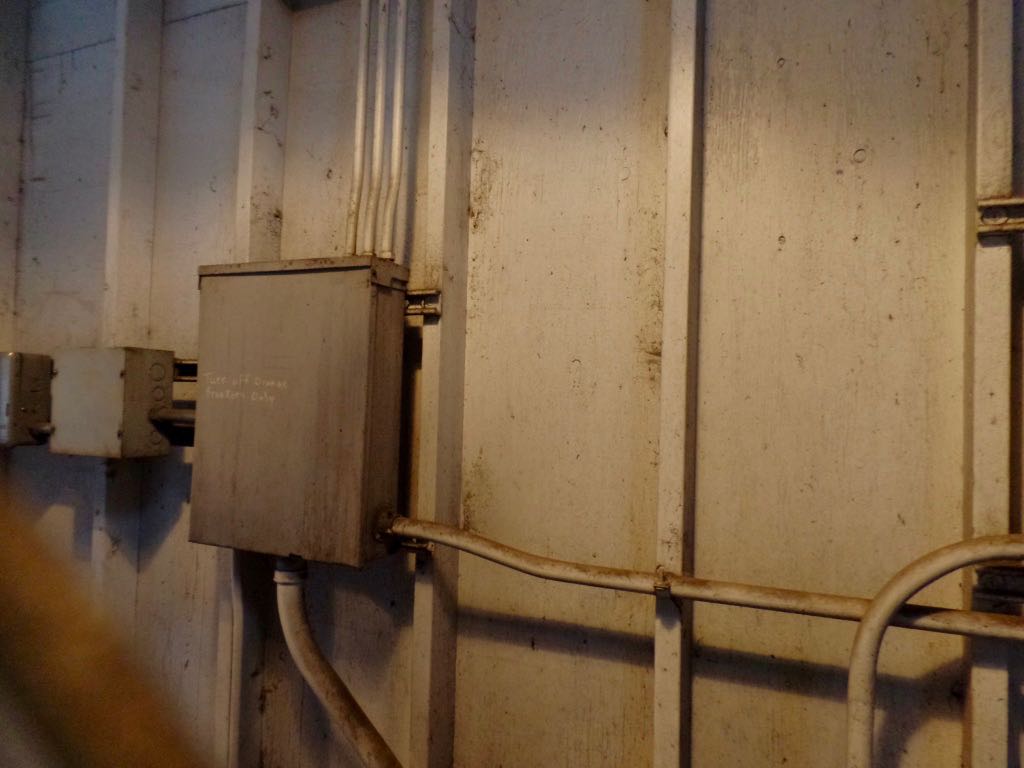 And this box, says the white writing on it, 'Turn off Orange Breakers Only'. 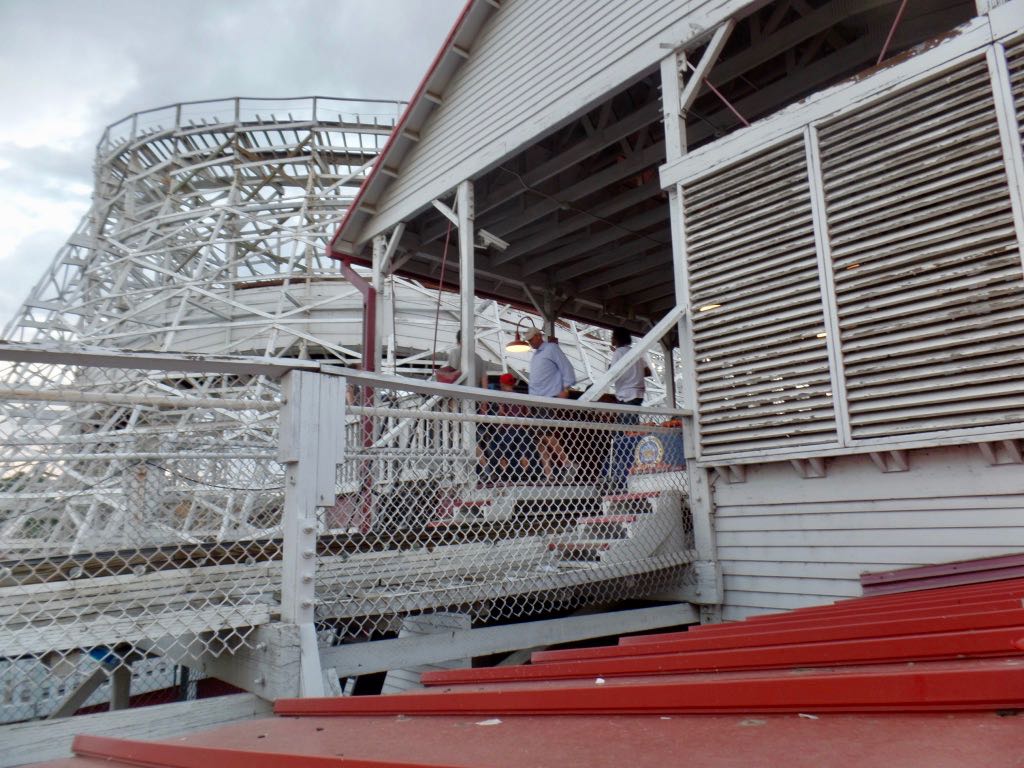 Peeking at the Twister II roller coaster loading inside the station. 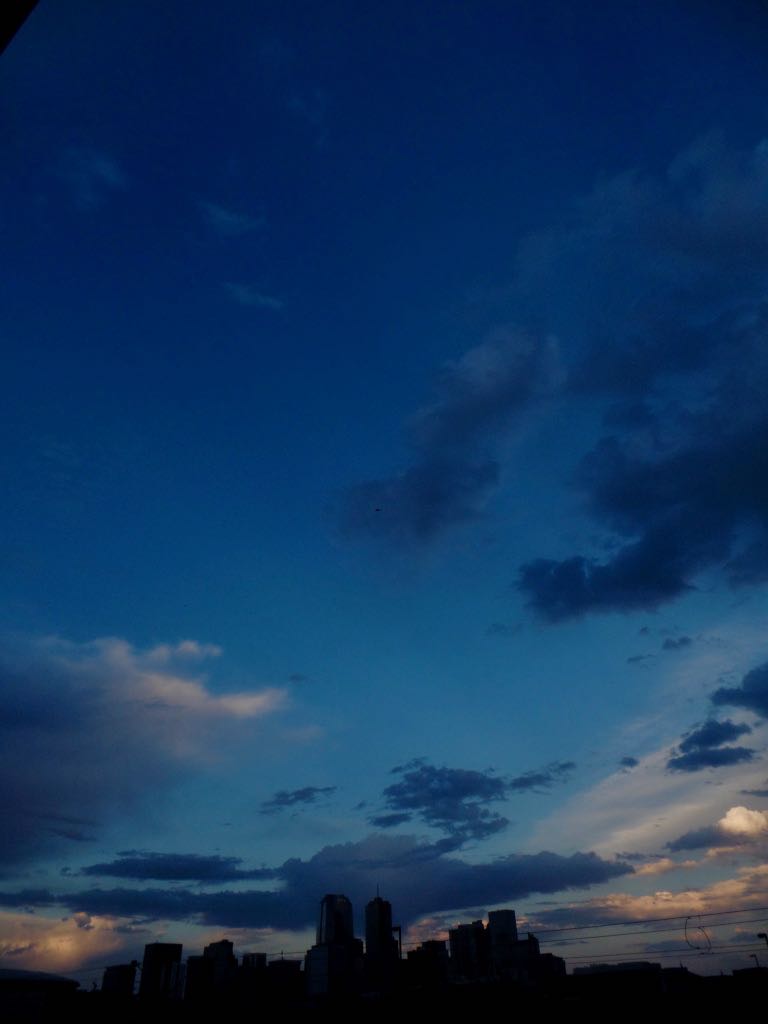 And a look from the station out at the Denver skyline. The rain had cleared up enough to give us a really gorgeous evening sky. 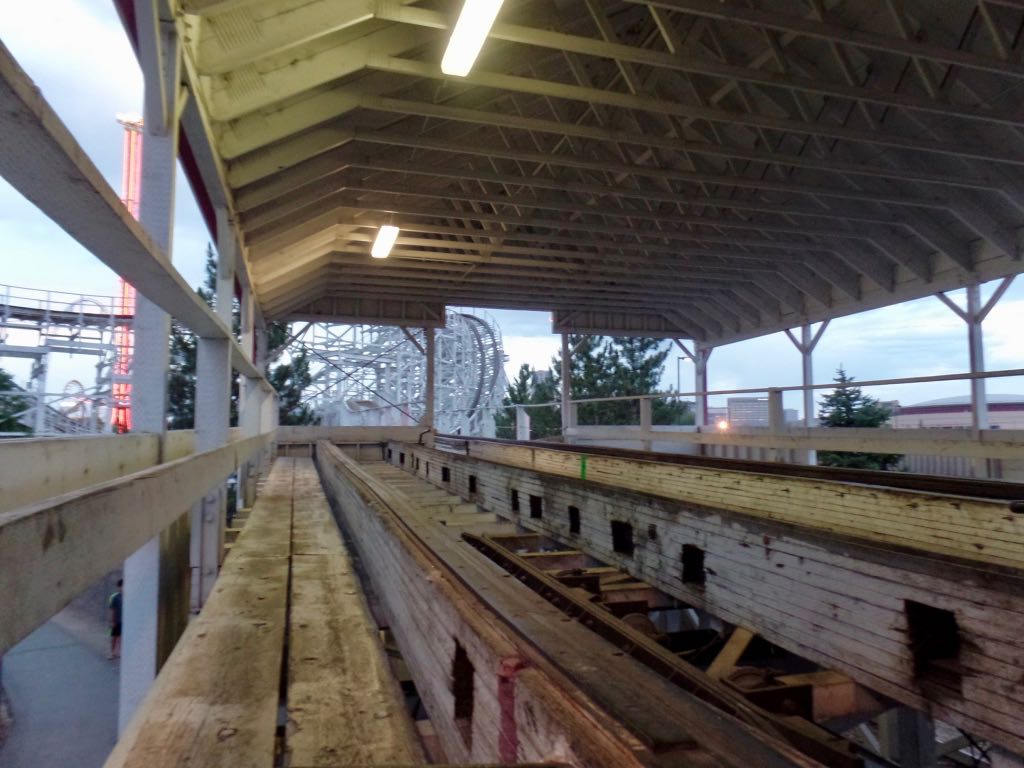 Up into the Twister II station and looking at the transfer track, for trains going into maintenance or just not needed for the current crowd.

Trivia: Bishop Paul of Middelburg's proposed 1514 reformation of the calendar would have the changes made retroactive to the 1st of January, 1500, the time that a mean conjunction of the sun and moon occurred as seen from the Roman meridian at noon, on the first day of a jubilee year. Source: The Calendar: The 5000-Year Struggle to Align the Clock with the Heavens --- And What Happened to the Missing Ten Days, David Ewing Duncan.