It's the first week since summer that I didn't have something every day of the week on my mathematics blog. I didn't quite do absolutely nothing, but it came close and I'm happy with this little break-like pause. So here's what you missed if you aren't following these posts as they're published:

In the story strip updates. Want to know What's Going On In Mark Trail? When does Mark Trail get to punch a yeti? September - December 2019 unfolds before your eyes and in only 1,098 words, counting comic strip captions.

Now back to Elitch Gardens! 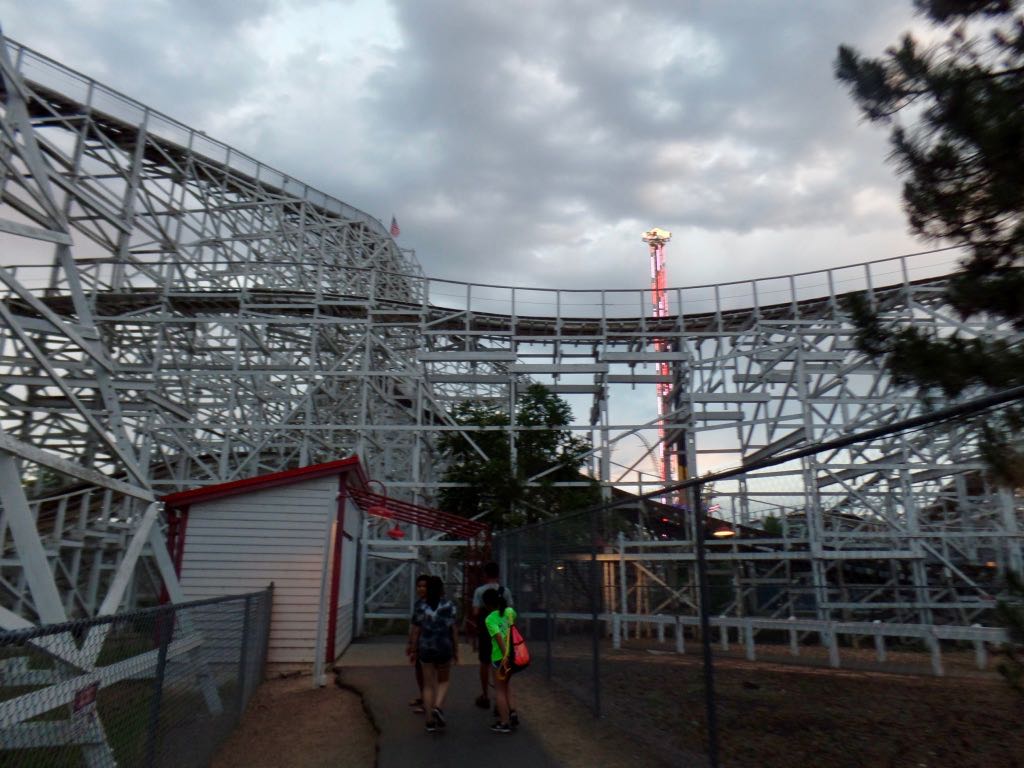 Exiting Twister II in the evening sun. The Star Flyer's nicely lit up in the background and catch those dabs of pink in the sky. 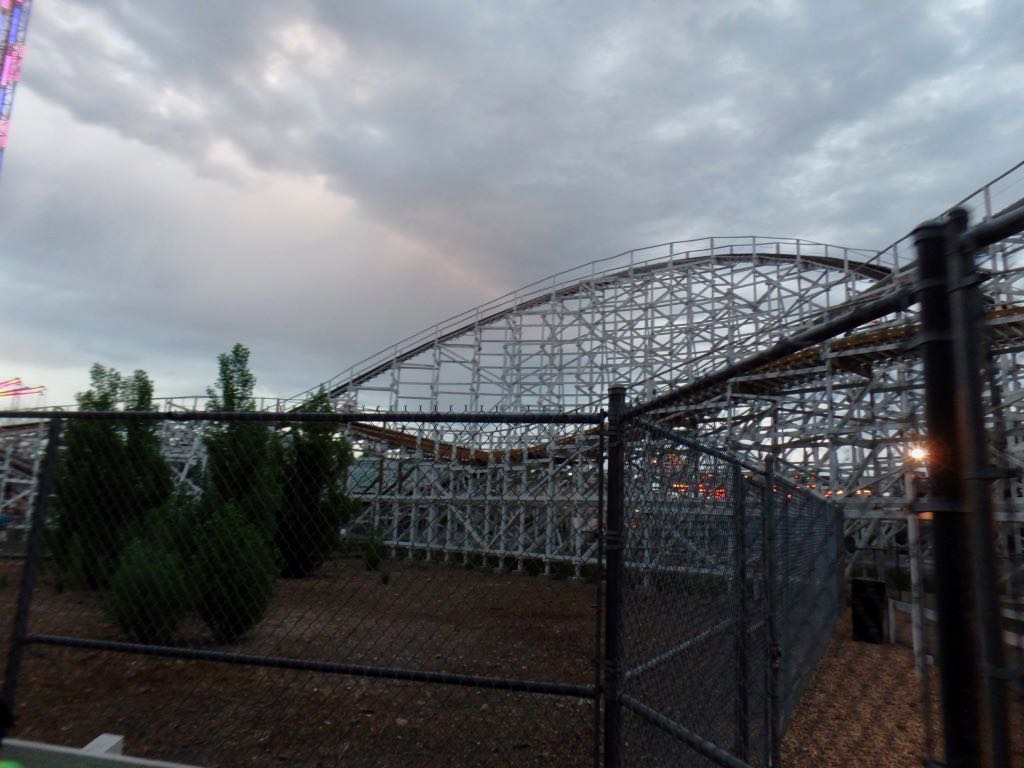 Another evening look at Twister II and catch that nice pink arc in the sky. Another look at Thunder Bolt, letting the light better show how the bulbs aren't quite all working. 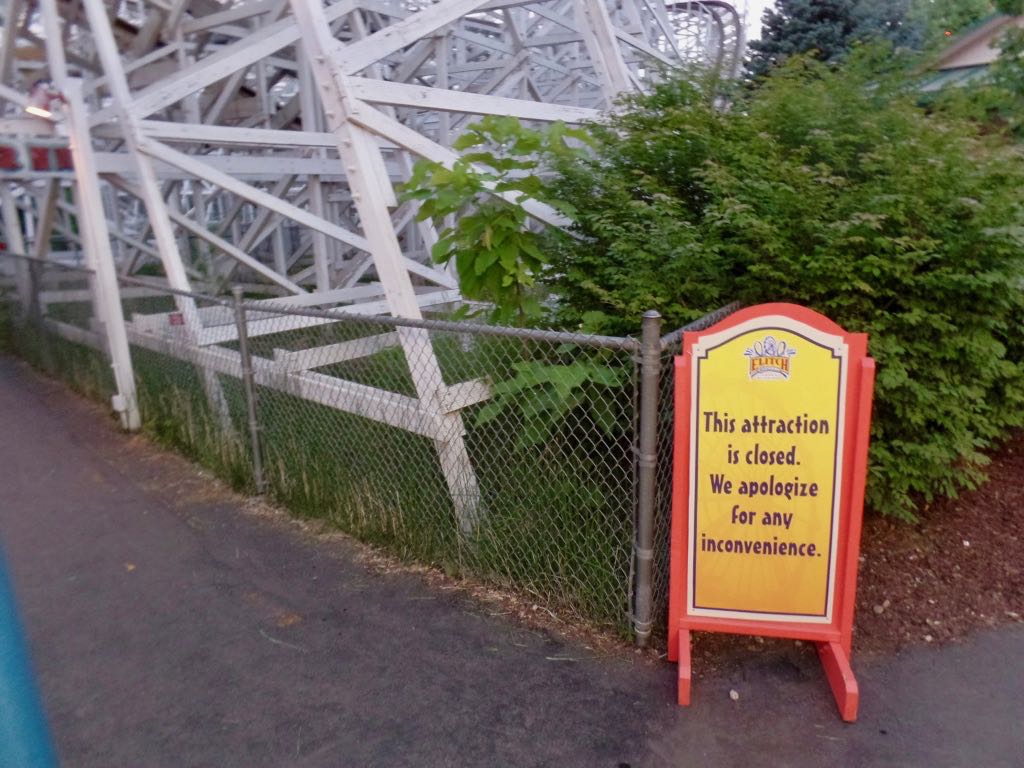 And then there was this unsettling sign at the ride's entrance, when we got back to that. There were more storms rolling in and parts of the park would close for the weather. 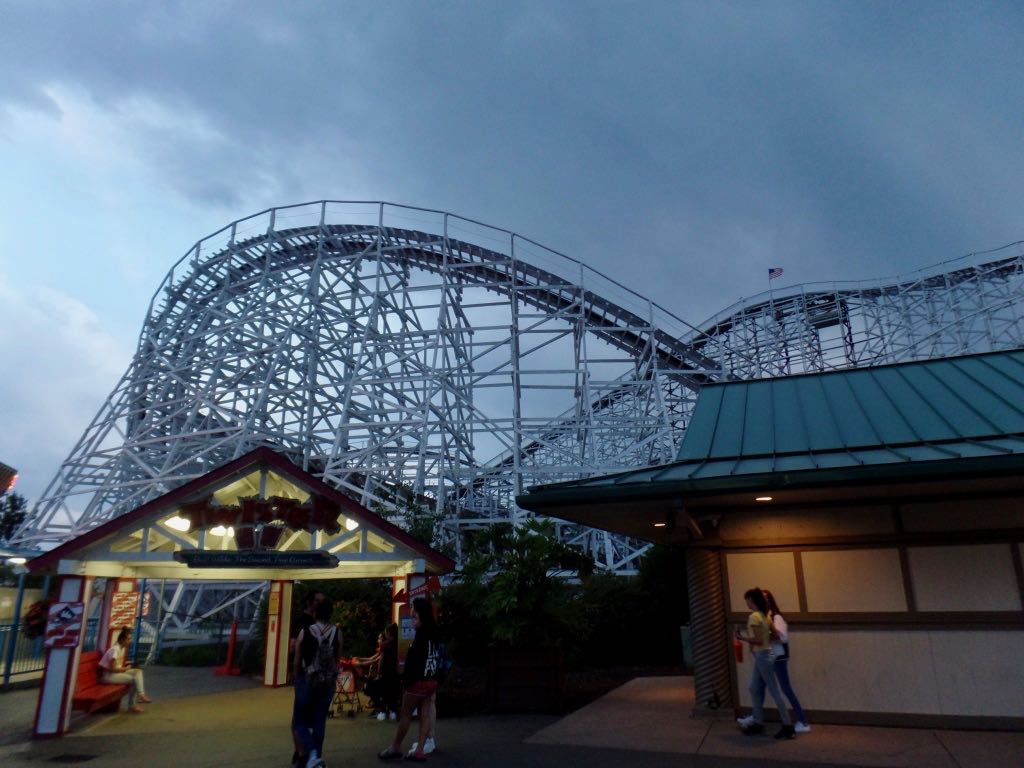 Twister II's sign lights turned off ahead of the weather closure. 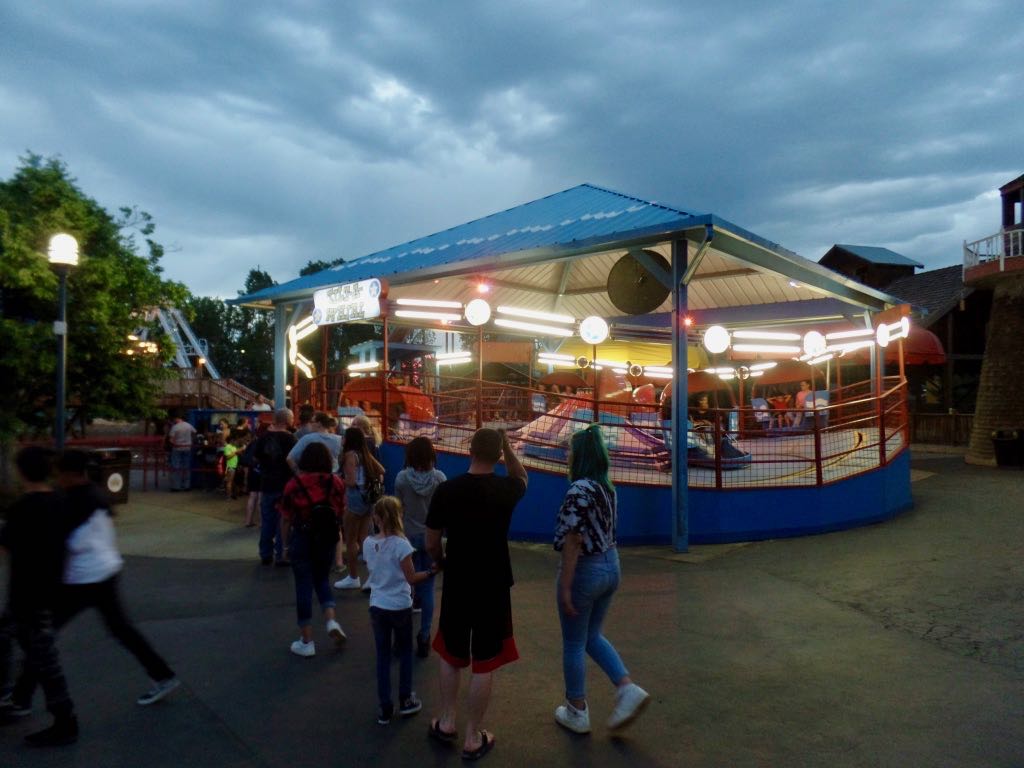 The Tilt-A-Whirl, as one of the rides with cover, was able to keep running through the rain which hadn't yet arrived at the taking of this photo. 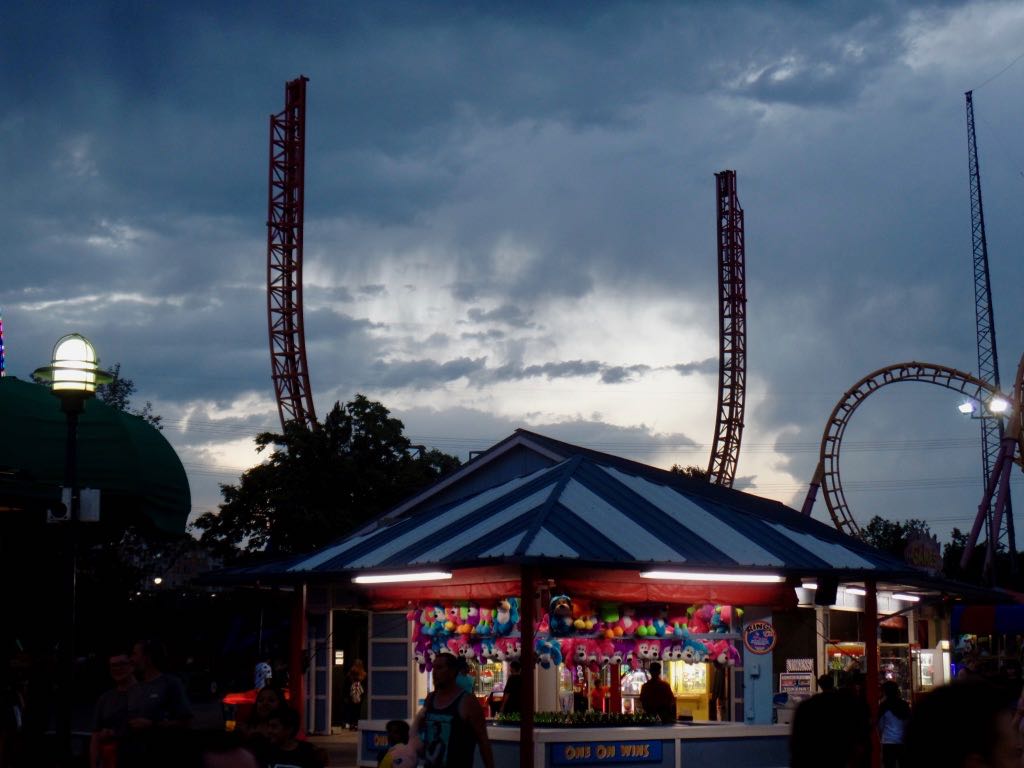 Storms rolling in behind the Half Pipe roller coaster. 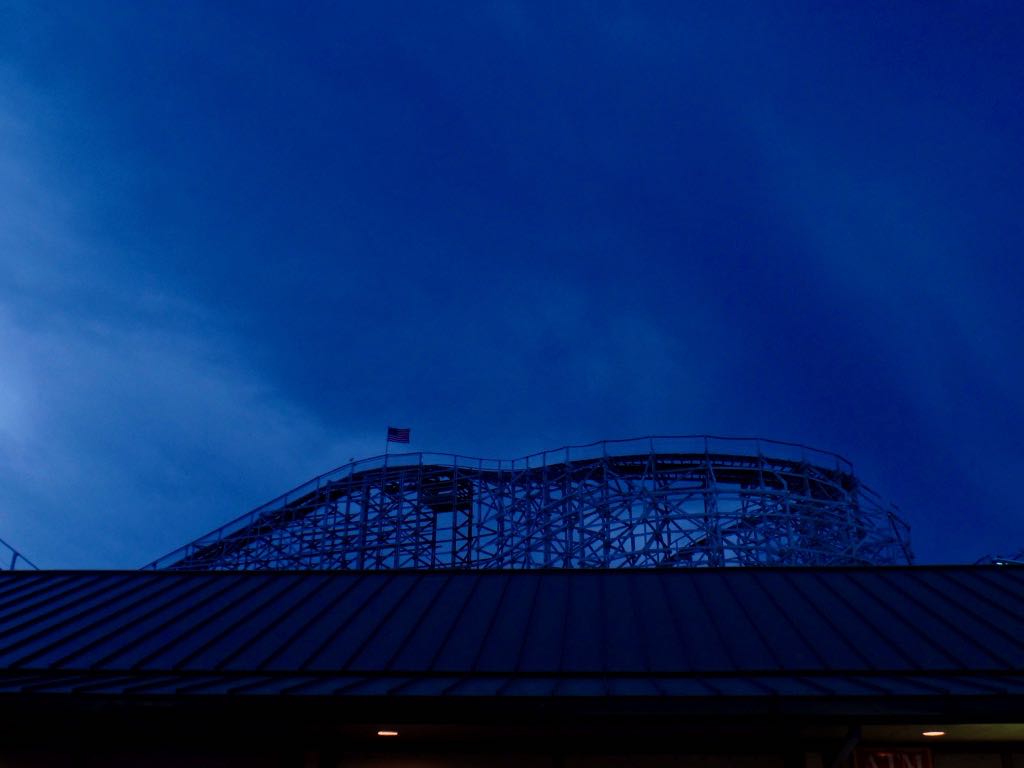 Here we go! Rain coming in as seen behind Twister II. 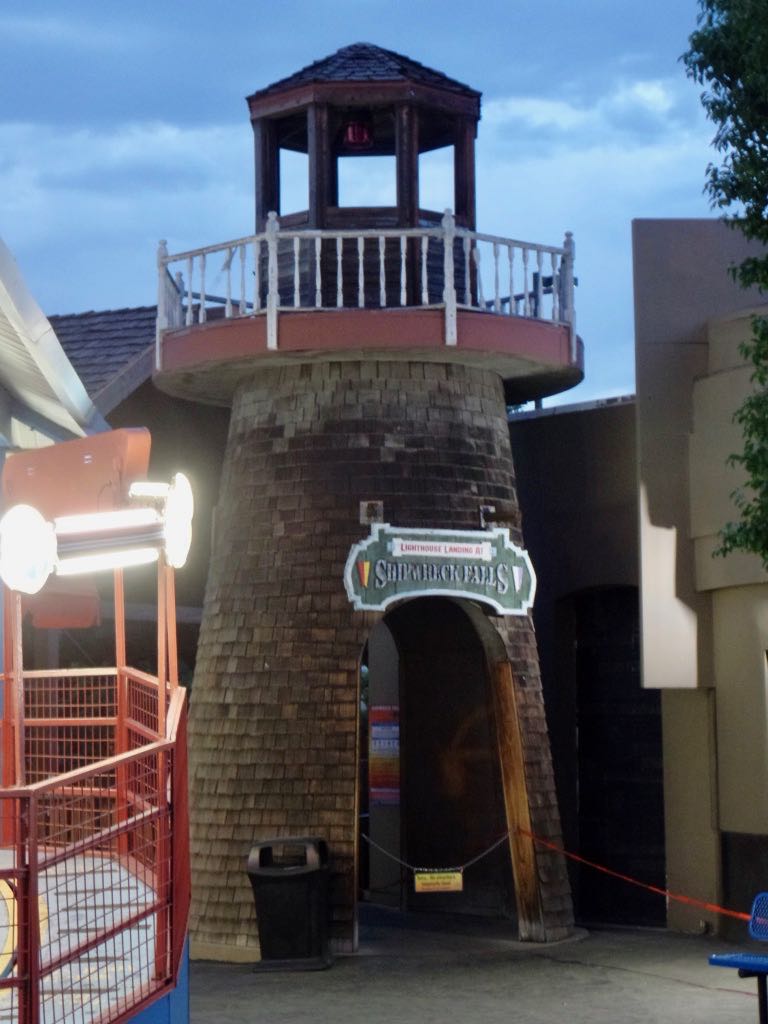 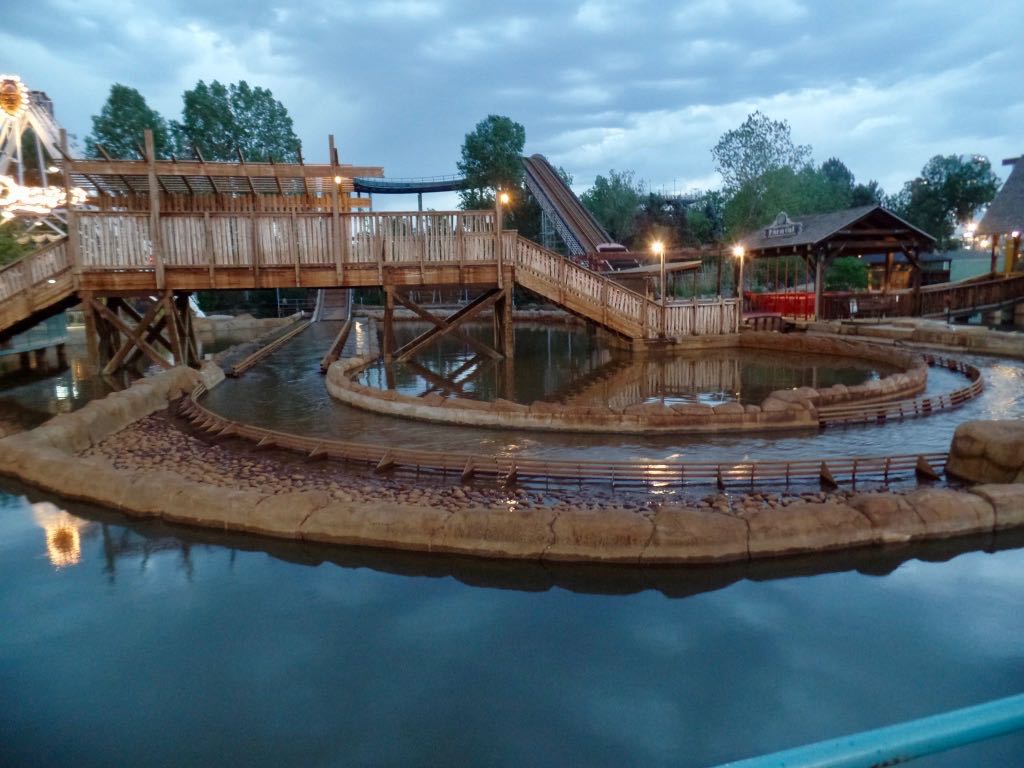 The Shipwreck Falls Shoot-the-Chutes ride closed for either the hour or the weather. 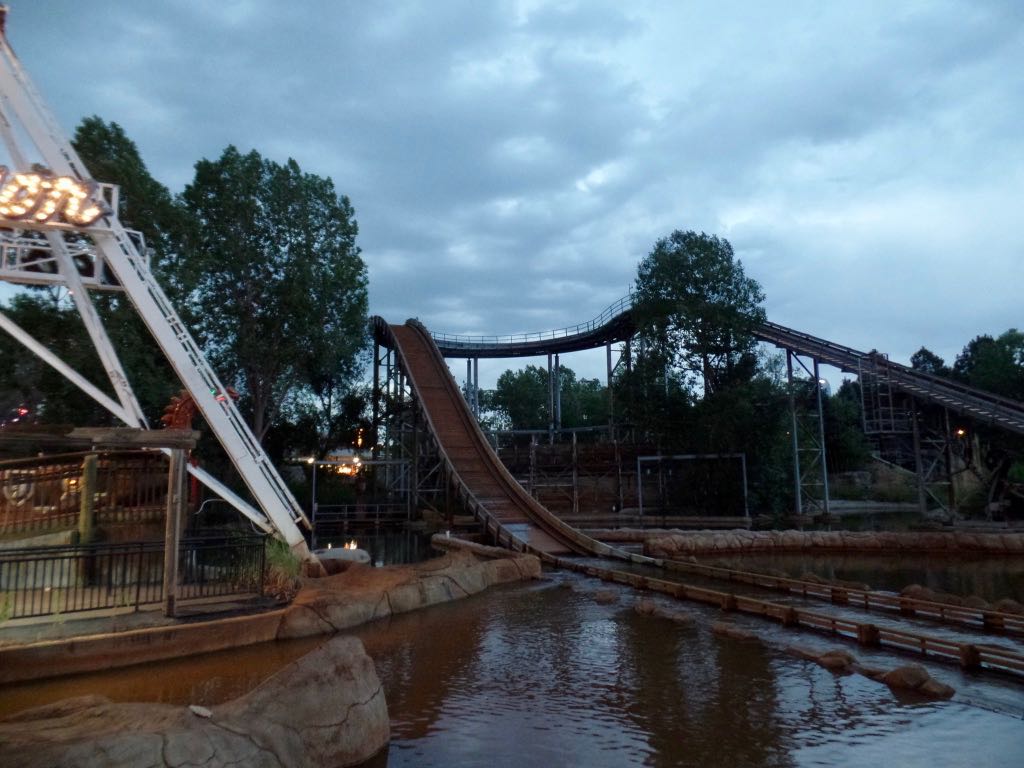 Sea Dragon, the rocking ship ride, along with the Shipwreck Falls Shoot-the-Chutes at rest. 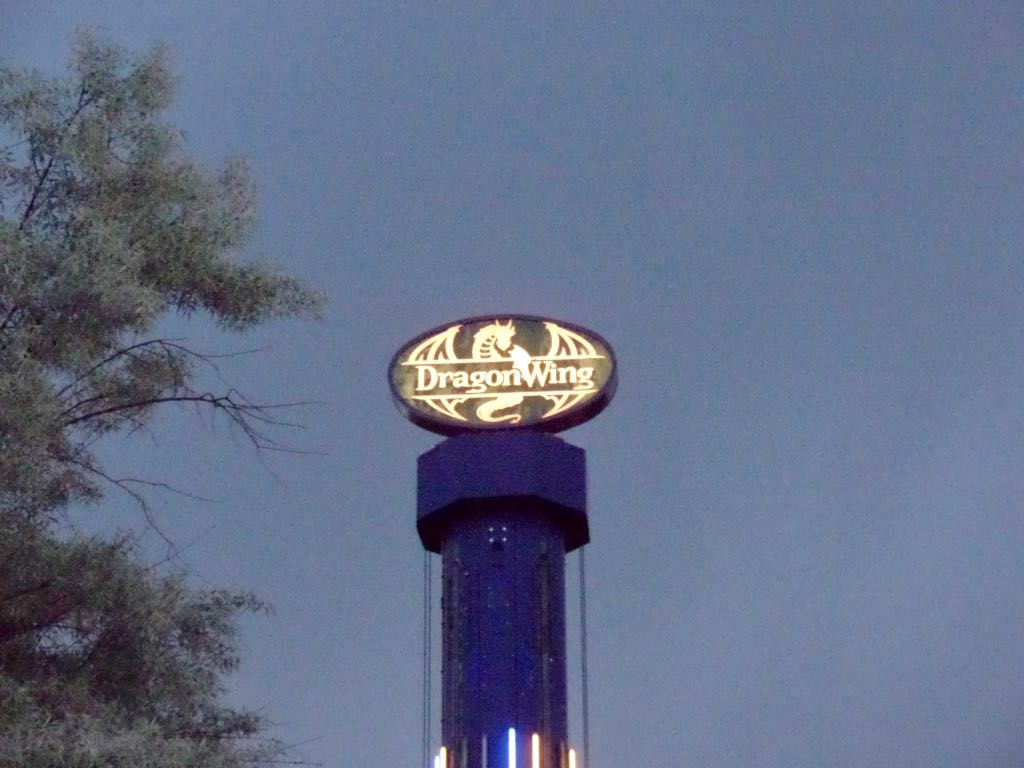 ``So back in the old Six Flags days the DragonWing ride was called Batwing, huh? You'd never know it!''

Trivia: The day before being sworn in for his second term Abraham Lincoln signed legislation allowing the Union Pacific, Central Pacific, and Kansas Pacific to borrow money on bonds for up to a hundred miles of land ahead of the completed, continuous track. Source: Empire Express: Building the First Transcontinental Railroad, David Haward Bain. (This opened much more money up to construction.)