Here to stay is a new bird

One of the things we always try to do is get to the Potter Park Zoo's Wonderland of Lights. Usually we get to this in the quiet, slightly down week after Christmas where it takes the edge off the big events being over. This year? We don't think we're going to have time. So we went on Friday evening, after our Biggby and Mackerel Sky visits.

bunny_hugger set her camera battery, which had given up in the afternoon, on the charger and took a bath to rest up. We bundled up and set out, getting to the zoo about 5:30. The show starts at 5:00, but this is still doing wonderfully early for us since we have several years running gone to the show as though it ran until 9 pm. It does not, and has always closed at 8:00. This year, though, that wouldn't take us by surprise.

What did take us by surprise was at the gate the worker gave us a quick guide to what was where. And specifically she said ``the big guy'' was here (pointing to a small building).

bunny_hugger and I tried to parse this before realizing, oh, it's Santa Claus. Coming after Christmas all those years made us forget that he might be around earlier in the season.

The other big surprise, besides that it wasn't so cold as past years when we came closer to New Year's, is that we had time. We were able to walk around the whole zoo, we believe, and see all the light shows they had set up. And besides that could stop into the several buildings --- two of them housing animals, including the lions and snow leopard; another one of them with Santa --- and warm back up. The building with the big cats still had the bench branded Theio's Restaurant, which has been gone --- actually demolished --- a long time now. They took out the ancient Macintosh CRT monitors which had hung above it, though. They still have animal-information signs credited to the Capitol Federal Savings Bank, which last used that name in 1996 and has been part of the Fifth Third empire for twenty years now.

bunny_hugger pause to think of the ancient snow leopard she had seen at the zoo many times over, and to wonder whatever happened to it. We learned in the visitor center: that snow leopard, which we remember them forcing to get up and walk around for its food so it would move at all, died just earlier this year. They do have a new one, though, that we saw in the big cat house.

Having gotten in at 5:30 we had the surprising and wonderful circumstance of having enough time.

bunny_hugger was even able to get a glitter tattoo painted onto her hand, that lasted several days, one of holly berries and leaves. We still stuck around to the end of the night, walking far into the zoo until they turned the music off. We did get out before they started turning lights off. This was great, though, and we'll have to remember next year to get there like 5:30 instead.

Trivia: Following the March 1916 fire which destroyed the classroom building and shops of the Michigan Agricultural College's engineering division, some state legislators proposed moving the school's entire engineering department to the University of Michigan, or even annexing the whole college to the University. Source: R E Olds: Auto Industry Pioneer, George S May. (The proposal to move the engineering division had been in the air but this gave it new vitality.) 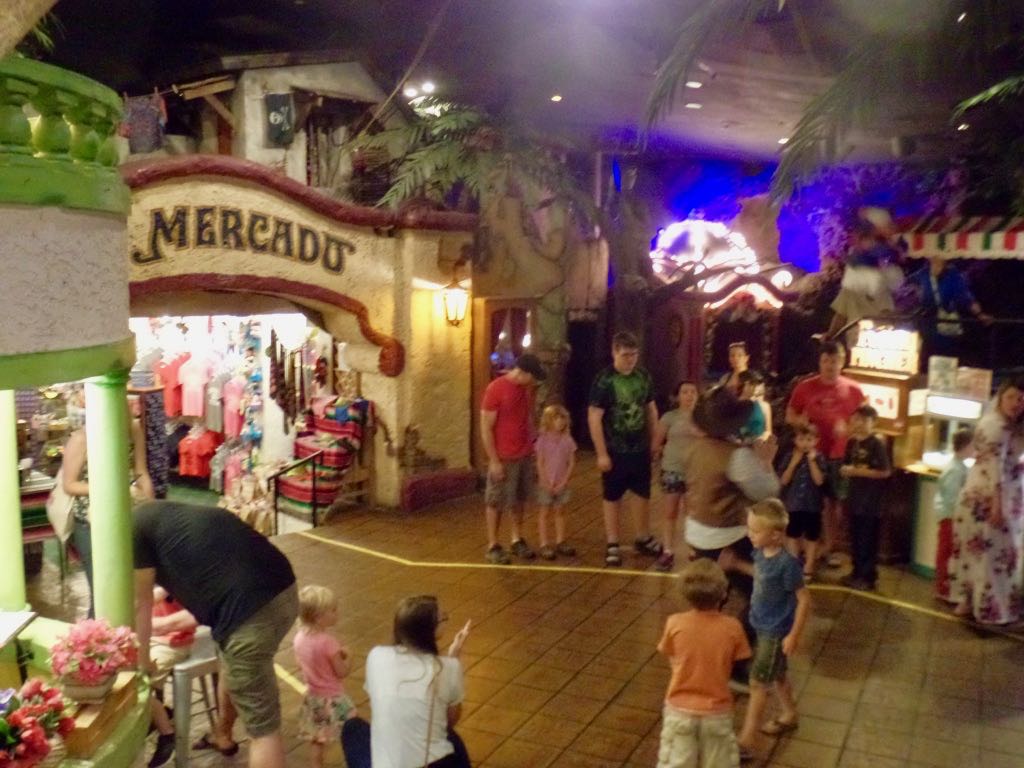 Setting up a piñata outside the gift shop for the kids to play with. 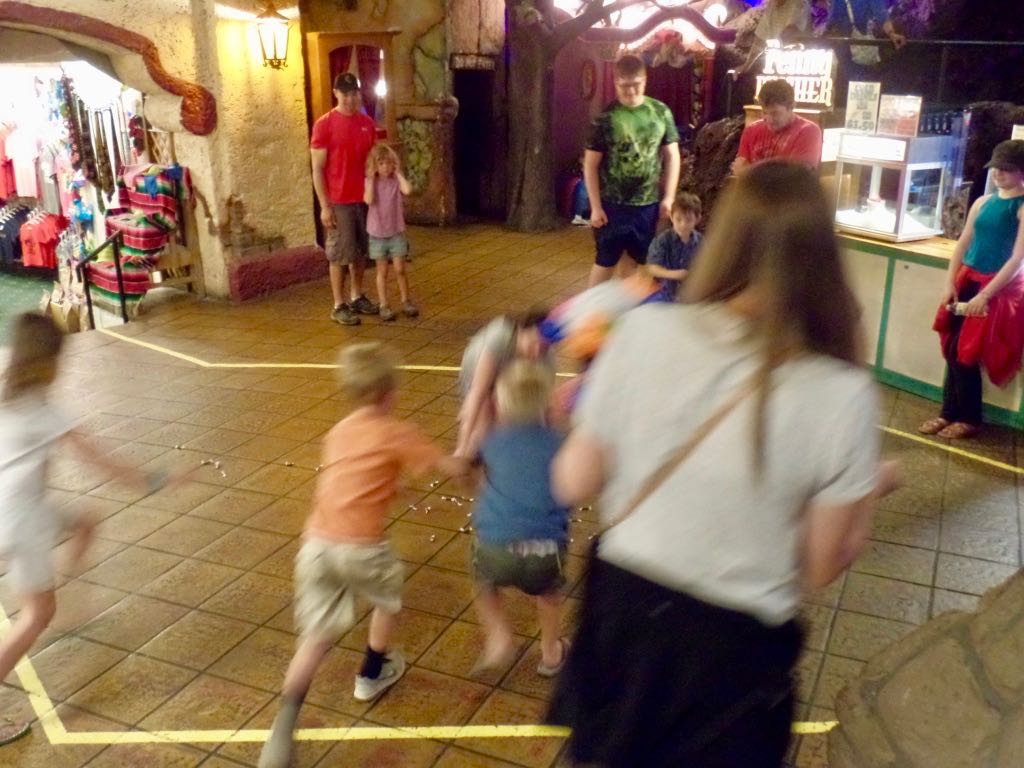 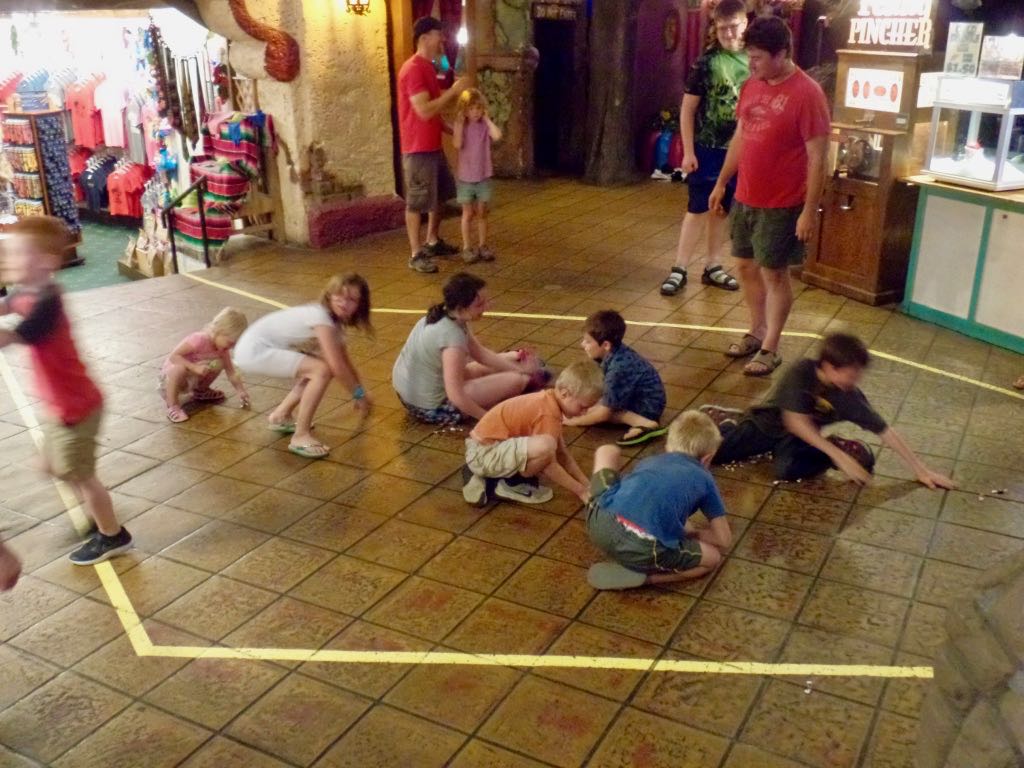 So, kids have a successful experience here. Good to see.