Take a bus, take a train, go and hop an aeroplane

bunny_hugger, and thank you for the gift of this year with you.

Among the normal Christmas activities is

bunny_hugger's brother flying in from Brooklyn. As often happens

bunny_hugger and I volunteered to pick him up from the Detroit airport, and to bring him to their parents' house. We got off to a slower start than we wanted (among other things I had Christmas cards to send), but it worked out surprisingly well. We spent the last hour listening to one of my old-time radio podcasts, which had an Orson Welles-produced version of A Christmas Carol.

bunny_hugger is happy anytime she can encounter a new adaptation of this story. She hasn't listened to much old-time radio, either; that's my thing. She enjoyed the experience, though, despite some critiques. Like, that they cut out Scrooge's reconciliation with his nephew, possibly because they used up that air time for stuff like the lighthouse scene. Also, as she protested, ``They had the Ghost of Christmas Yet To Come speak!'' I answered, ``It's radio'', but she was correct that they could have described the Ghost's appearance. (Welles was doing double duty as Scrooge and the Narrator --- live, by the way --- and could have fit description in through either voice.)

Also we finished the show just as we pulled up to the arrivals curb, just as her brother was getting out with his bag. This is remarkable because

Picking up her brother was effortless, and we got to their house without problem. This was her brother's first chance to meet the new dog, who was very excited by all these strange people hanging about now. The old dog was also quite mopey and distressed that all these strange people were hanging about. There was some relief: He went out to see a friend for dinner, while

bunny_hugger and I remained with her parents and ate in.

We also made and decorated cookies. This had a fun surprise with an early present for me: a coati-shaped cookie cutter! I had no idea any such thing existed.

bunny_hugger found it on Etsy, and you can see how this is a thing that wouldn't really wait. So we made a small tribe and did our best to color them something like appropriately through the icing and cake-decorating tips.

Despite this all being a pretty basic day --- we didn't even bring our board games, never mind play them --- it did fill up, partly with the fun of having to reset their Wi-Fi every hour. I'm writing this before we go over there for Christmas but I have to say, if that keeps up, it's going to be really majorly not the slightest bit fun. We would go home close to midnight, and try to get some things sorted out before collapsing into bed.

Trivia: About one million Nintendo Game Boys were sold in the United States at its release in 1989; this was estimated to be about half the demand of the product. Source: The Ultimate History of Video Games, Steven L Kent.

PS: Reading the Comics, December 17, 2019: Mathematics In The Home Edition 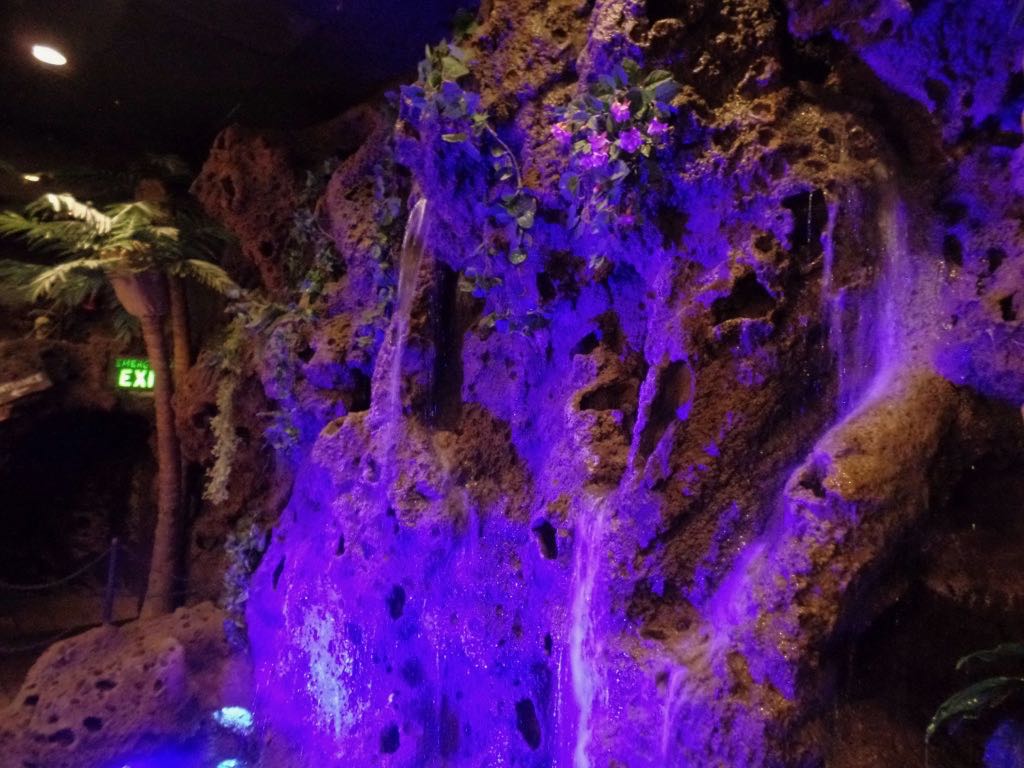 Artificial cave with water trickling out it, past the pinata area. There's a ``cave'' section inside that you can explore. 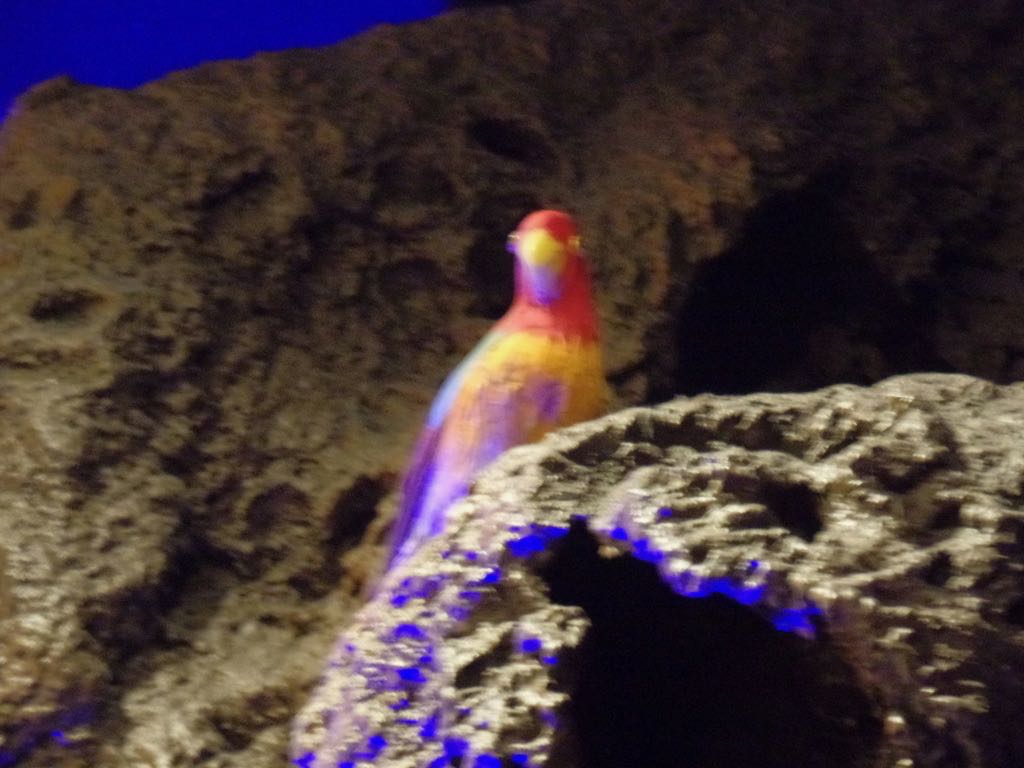 Bird figure perched high up in a spot that I would have sworn I was photographing in-focus. It's a dark spot and has lots of stuff at different distances, just enough to baffle any auto-focus known to humanity. 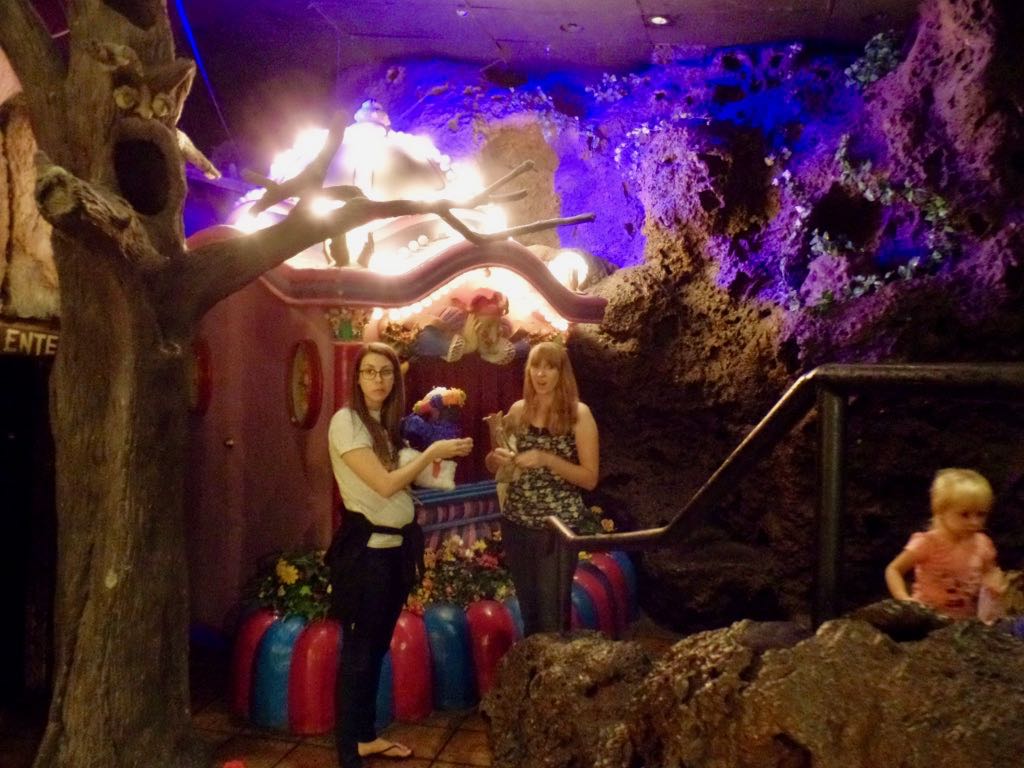 Grown-ups looking overwhelmed by all the personified trees after the end of a little puppet show about going to Casa Bonita.