bunny_hugger's parents and brother visited. This would be their chance to see our decorations and we still had to put up the lights around our interior doorframes. Somehow the lights that we had strung up around them last winter have gone missing. We have no explanation for this and just trust that now we've bought replacements the old ones will appear. Although we may have jinxed that by forming plans for what to do with the excess lights. Anyway we were still stringing the lights when our company knocked on the door.

We went for an early dinner to Dagwood's, the neighborhood kinda-dive bar that's holding out against the area's wishful gentrification. (The area isn't actually gentrifying, but developers think it should be, so they're doing stuff like putting in empty mixed-use apartment/commercial blocks and closing neighborhood stuff that does things.) Although they're possibly in danger too as they expanded over the summer in construction that

bunny_hugger does not remember seeing. It seems to have been just adding in a proper kitchen. The menu was a fair size bigger, although still basically ``stuff you can fry'' like burgers and clam strips and fries and stuff. We had a good meal and very nearly all fit into the booth we'd sat in. We got a couple pitchers of beer and after the rest of us poured our glasses

bunny_hugger's brother poured his, slopping suds over the side and onto the table. This let me observe that he's the one professional bartender at the table.

At home we spent a while listening twice to

bunny_hugger's family stayed only for about four hours in total, to get back before their dogs would have too serious a need for them. But it was a nice time, and then we could settle down to something useful and pleasant and relaxing for the night.

Then we smelled gas.

Just a bit of natural gas, and it lasted for only a couple minutes, but still. So we called the gas company and they had someone out in about fifteen minutes. He poked around with a detector, through the living room and all around the basement, and told us: yeah, there's nothing here. Usually if there's a gas leak they detect it, but there's no natural gas and no carbon monoxide that he can find. He advanced the proposal that maybe it was a bit of sewer odor? He thought he smelled a bit when he first opened the door, not a thought

bunny_hugger liked at all. And did say that sometimes weird odors get caught like that; he told of a day a couple weeks ago chasing the odor of a nearby trash dump around the houses it was settling on. For now, though, there's just ... nothing to do.

In the meanwhile we have everyone's favorite condition, a vague transient signal with potentially live-threatening consequences with a cause that can't be pinned down. And, at that, a problem which at worst impairs the cognitive abilities of the people who would have to manage it and live with the consequences. That's a great blend!

Trivia: Charles Keeler tried to promote the name ``Emotograph'' for what came to be known as the Keeler Polygraph. Leonarde Keeler preferred ``Respondograph''. Source: The Lie Detectors: The History of an American Obsession, Ken Alder.

PS: Just reminding you that you could watch Arthur Christmas since I haven't yet used up all my season's slots for reblogging old content, somehow. 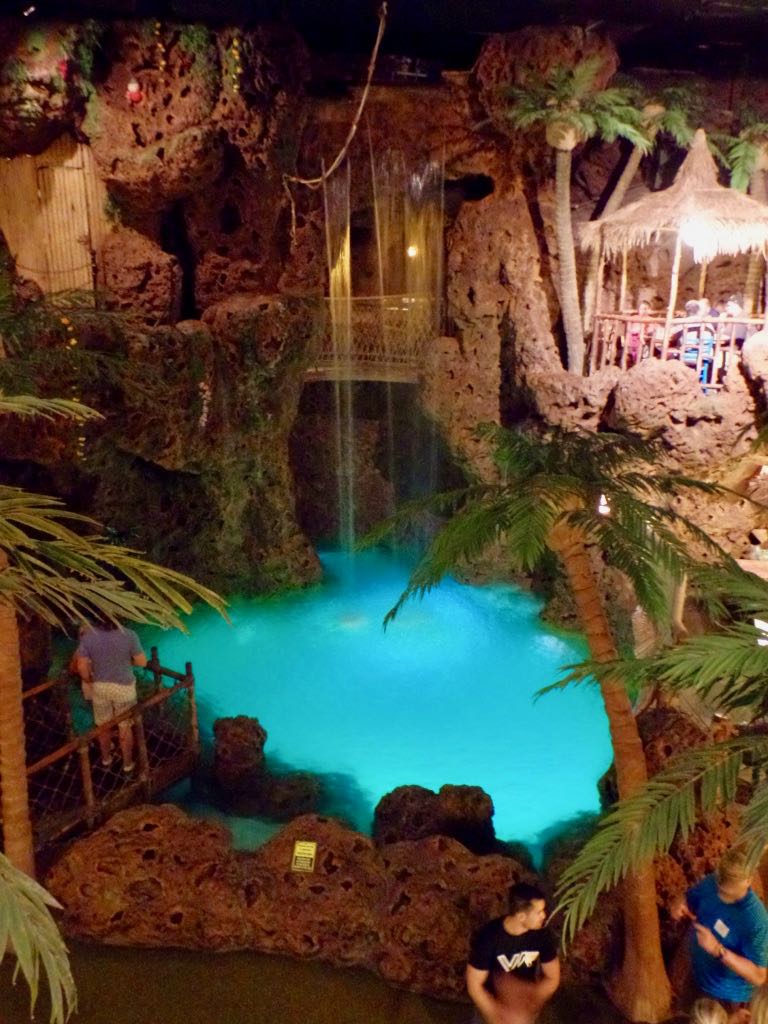 Back to the stage area: here's a better view of the waterfall. To its left is a spot where two- and three-person comedy bits get done; to its right, not quite to the gazebo there, the spot divers jump from. 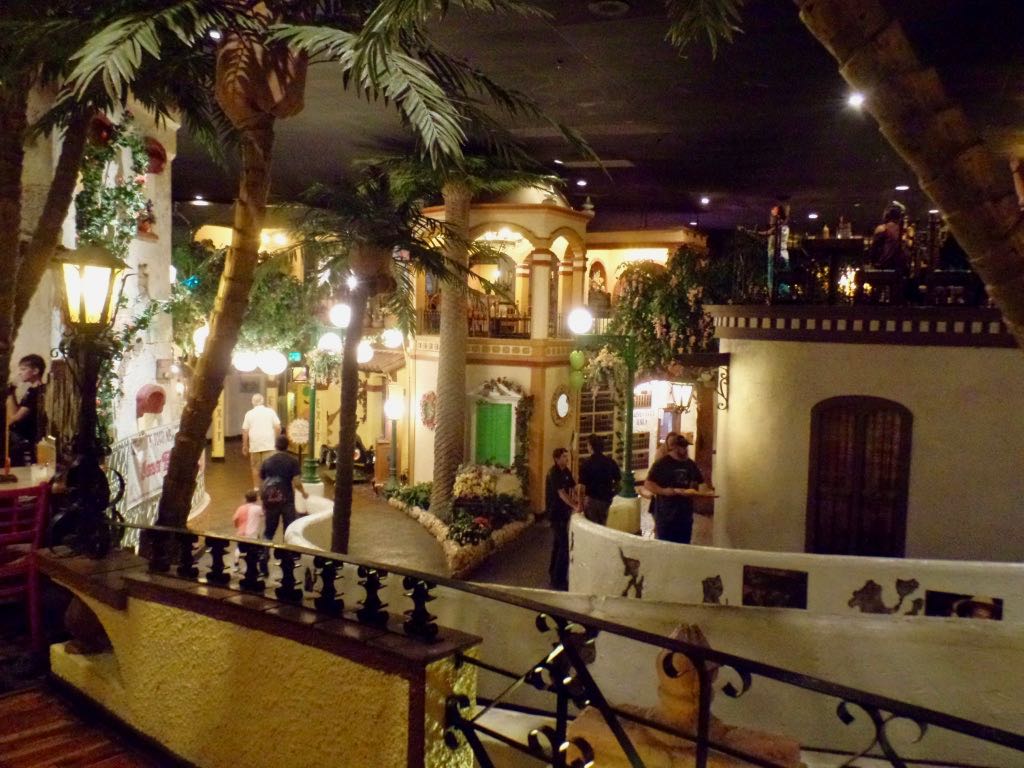 And looking away from the stage: the lower level takes you to the exit and entrance; the upper level is where we had eaten. 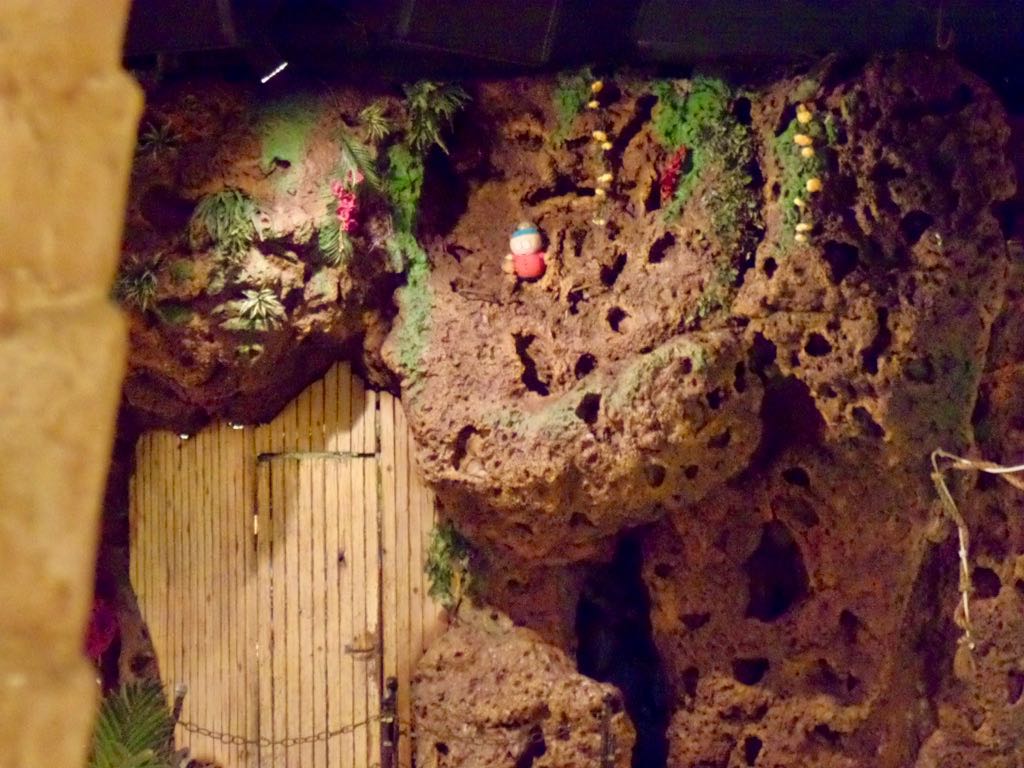 Rock walls set up near the performing area. Notice the South Park Bottomlessly Awful Person doll embedded in the decorations.