It was another week of mostly comic strips on my mathematics blog. If you read it through your RSS reader you already saw these pieces, but if you didn't, consider these:

And it was an easy week for the story strips. What's Going On In The Phantom (Sundays)? What are Ambrose Bierce and Thomas Paine doing in The Phantom? October - December 2019 was easy to explore since it was just a dozen strips to read, and the last month has been setting up a new story instead of a story on its own.

Now let's appreciate how cool so much of Casa Bonita looks. Or at least how weird it gets. 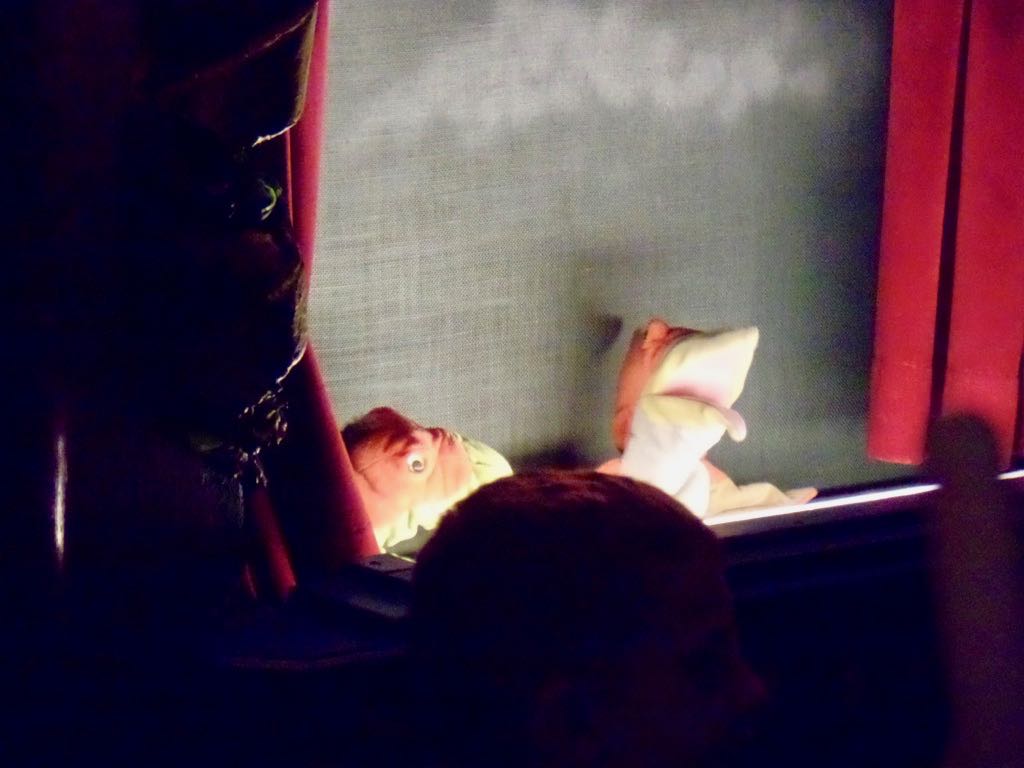 And the show! It was about a dinosaur (I think it was a dinosaur) worried that everyone forgot their birthday, but it's all right, because they went to Casa Bonita for it. The show surprised us with its brevity. 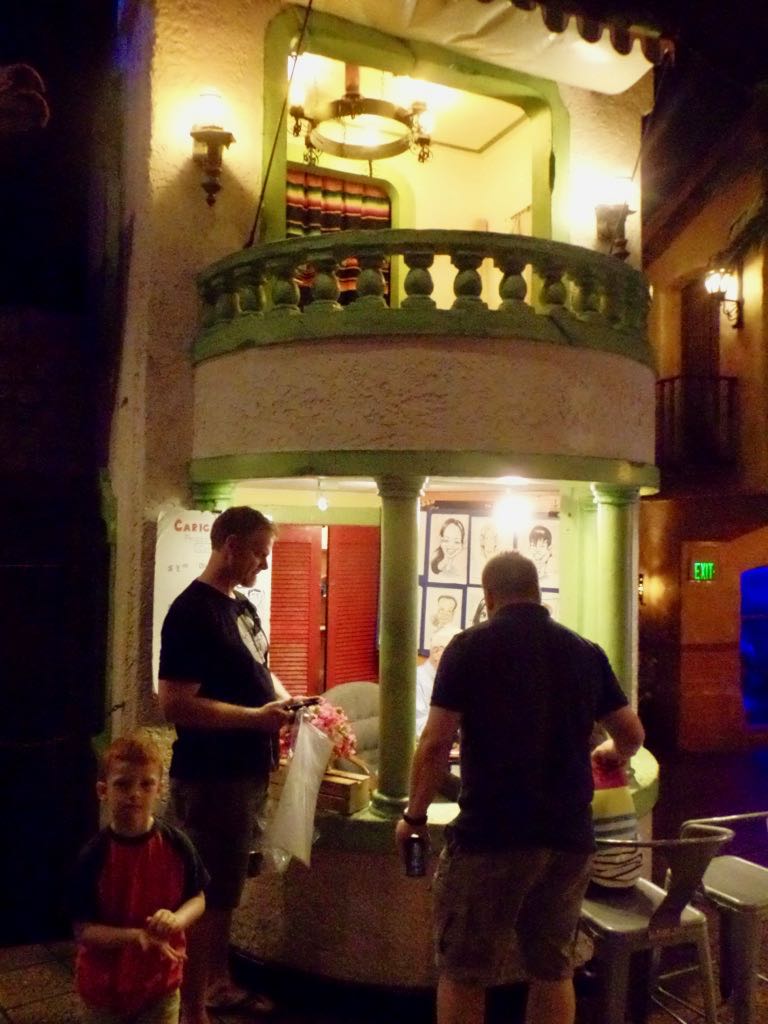 The one thing that could possibly convince

bunny_hugger's father that this Casa Bonita place is legit: they had a caricature artist there 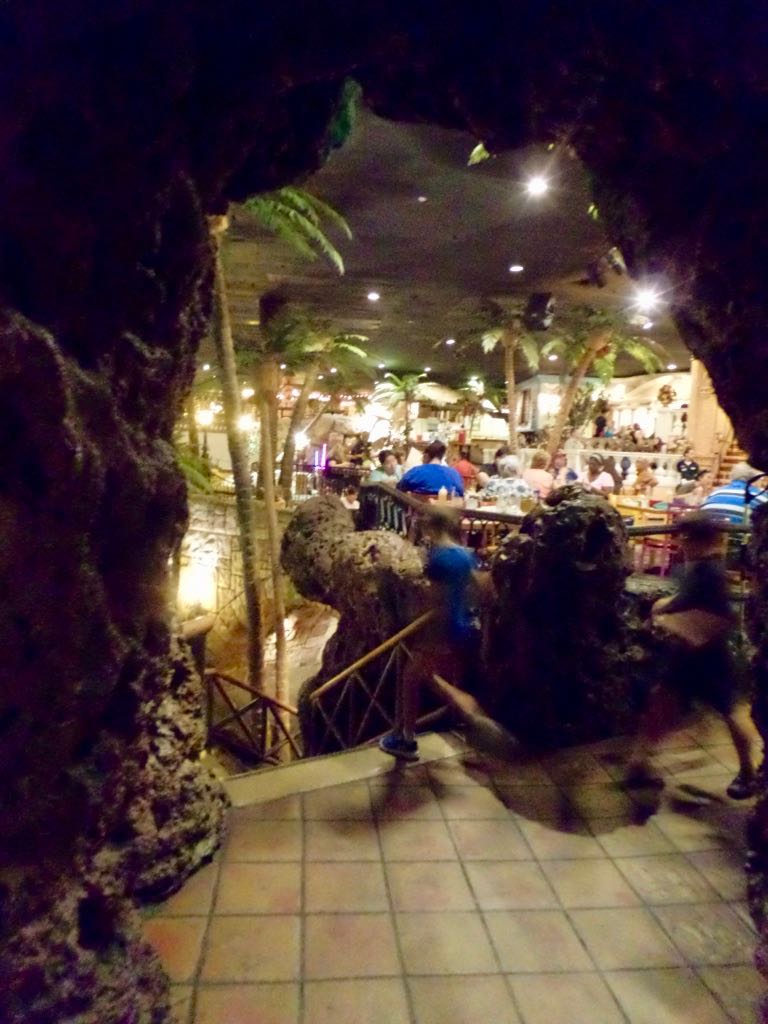 There's a tunnel behind the waterfall, and so here's a look out from its entrance onto the dining floors. 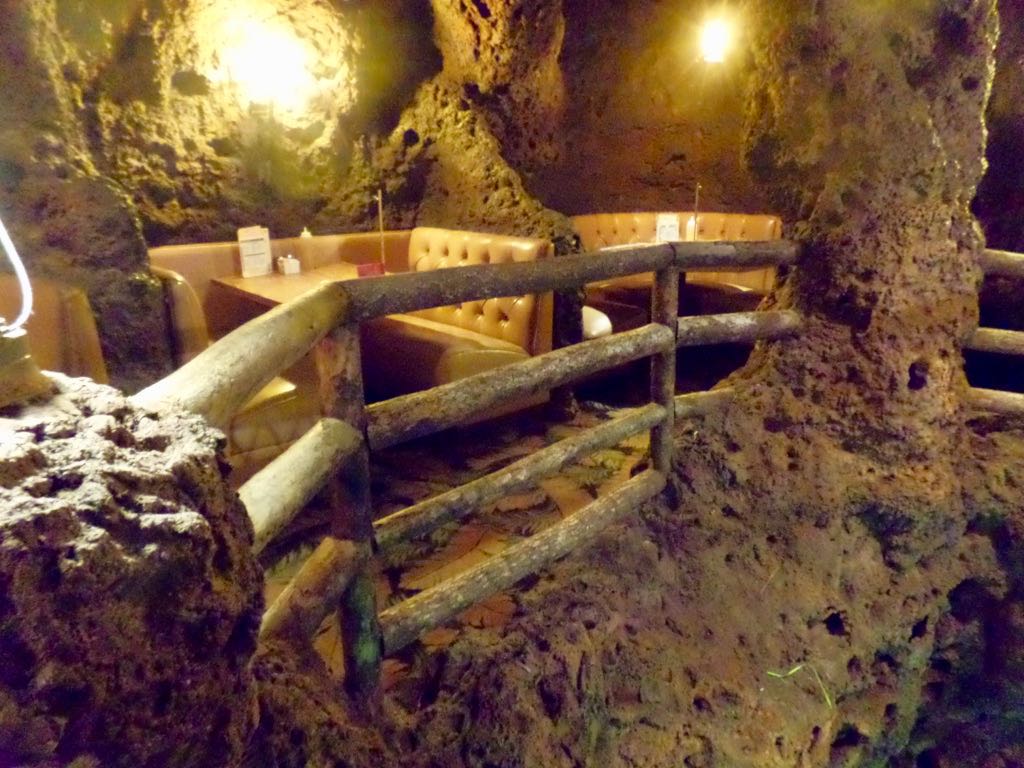 Some booths hidden behind the waterfall, in case you want to have no chance of seeing the show. Well, maybe some divers jumping past the waterfall. 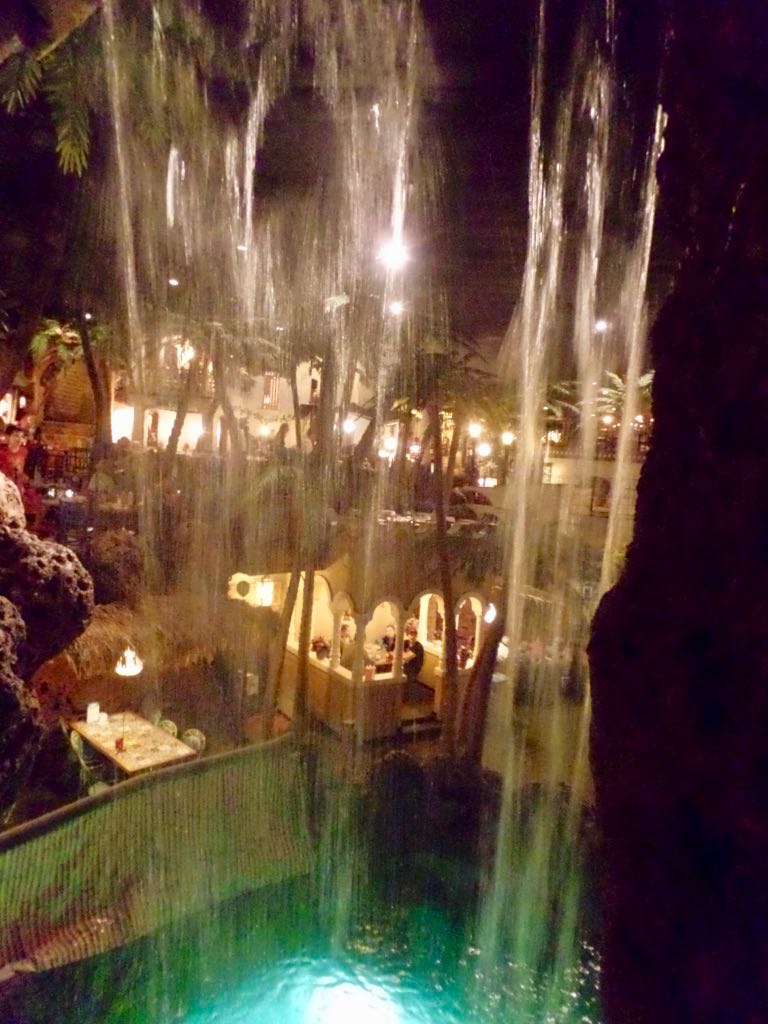 The view of the waterfall from behind the cave walls. 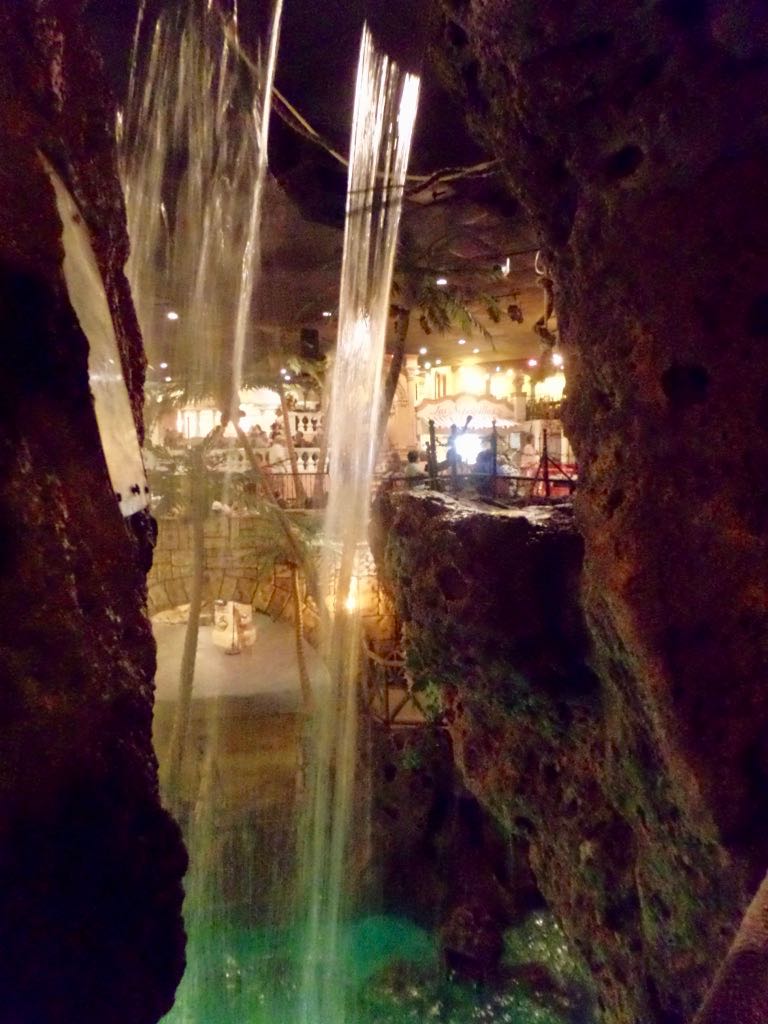 And another view from behind the waterfall. That's the bridge the gorilla had been on, in the center-left there; the sopaipillas stand is to the right of that too. 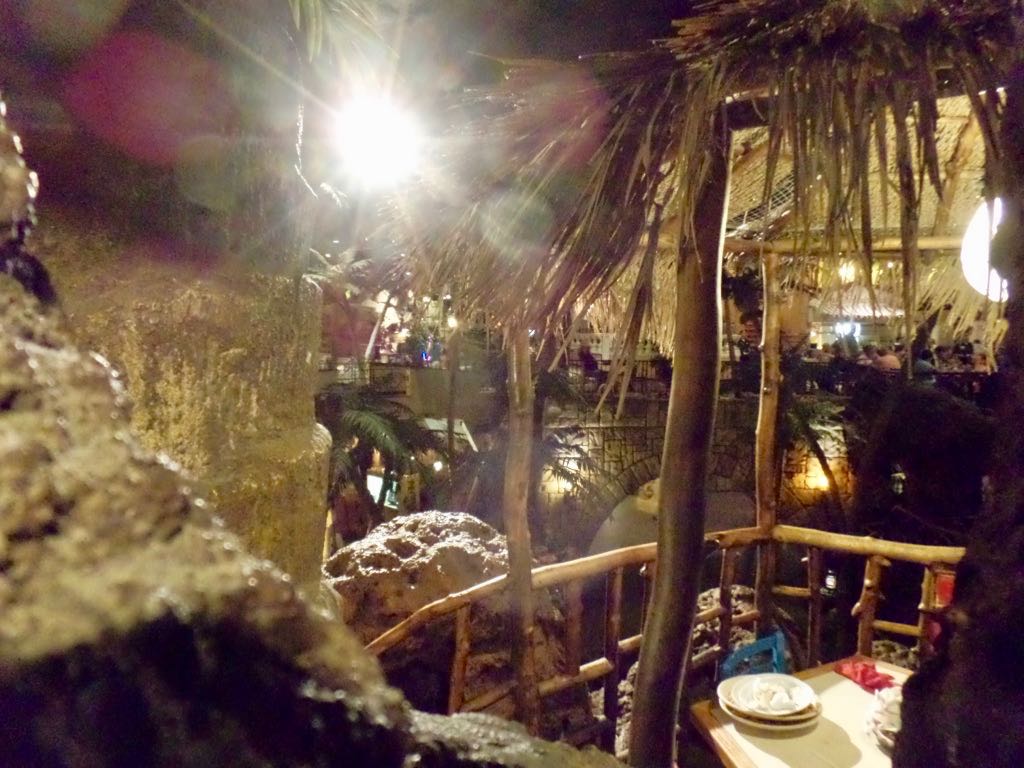 A look from behind the cavern walls at that gazebo that was off to the right of the waterfall. 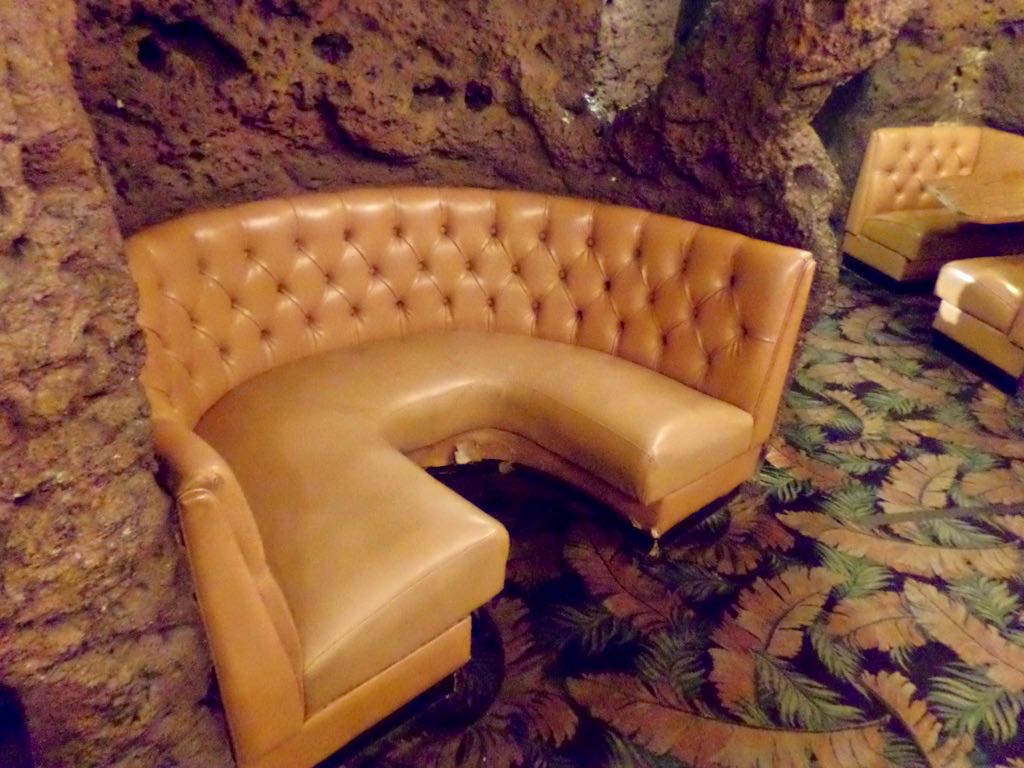 Here, hidden behind the cave, are booths that don't have any chance of seeing the show. Or, here, a booth that isn't even a booth anymore. 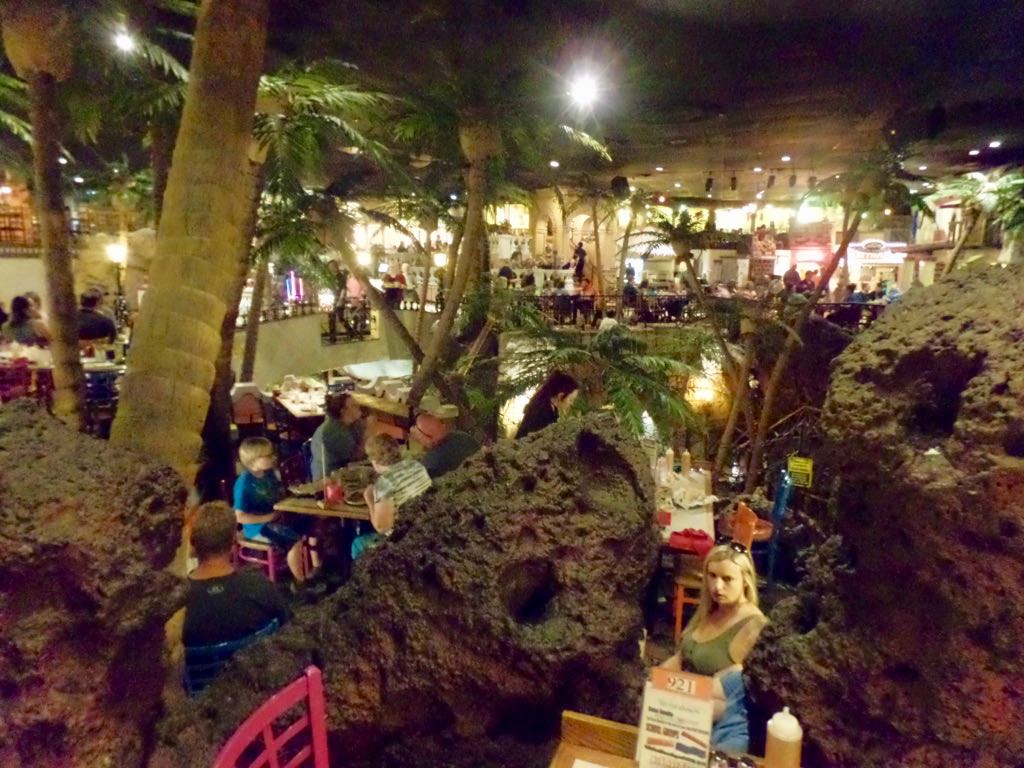 A last look up at the dining floor, here. 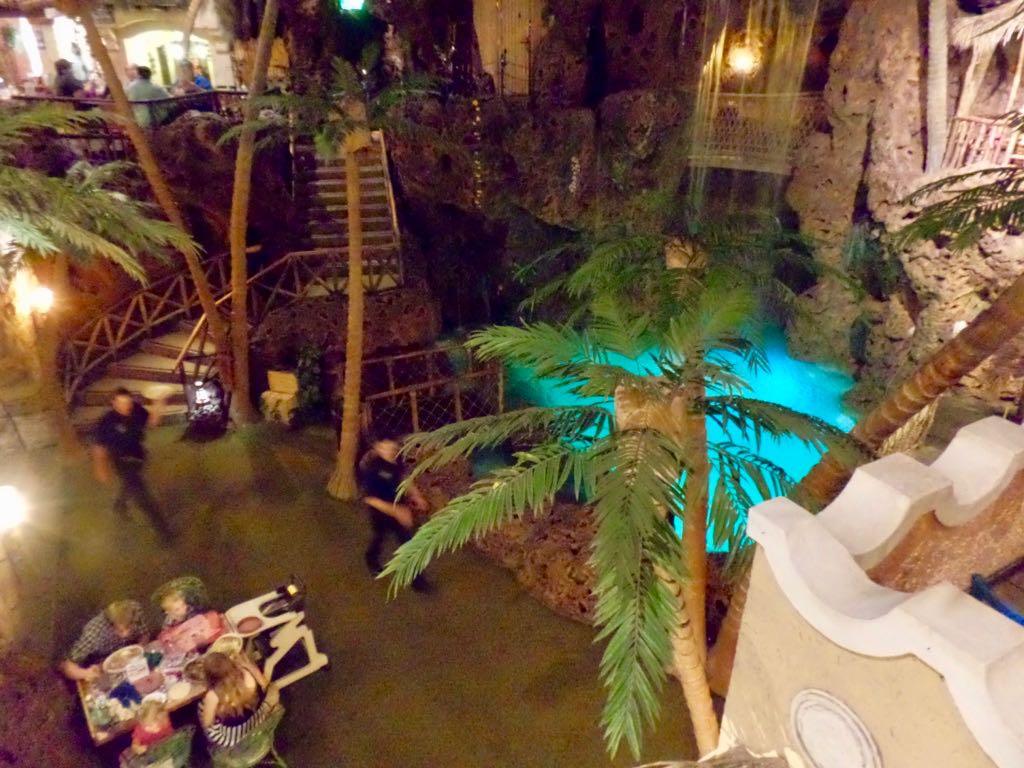 And a last look down at the base of the waterfall and the diving area. 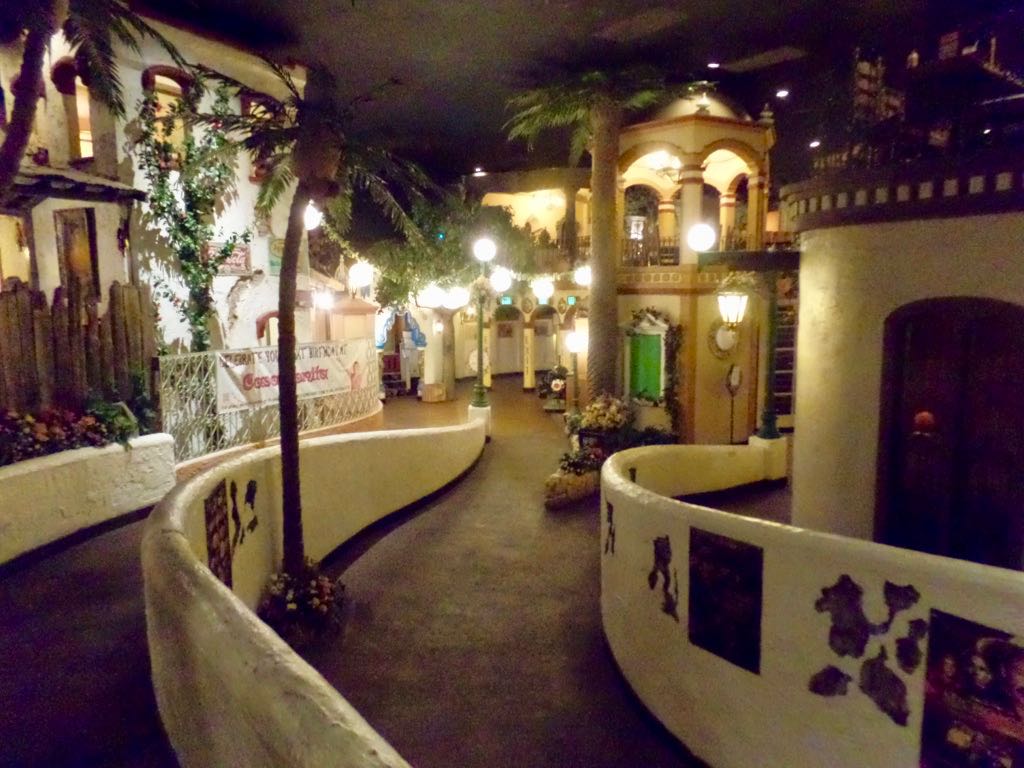 The inclined walks that lead from the entrance and exit. The lowermost path leads to event rooms, in case you want to have a birthday party not interrupted by the high divers and gorillas and such? 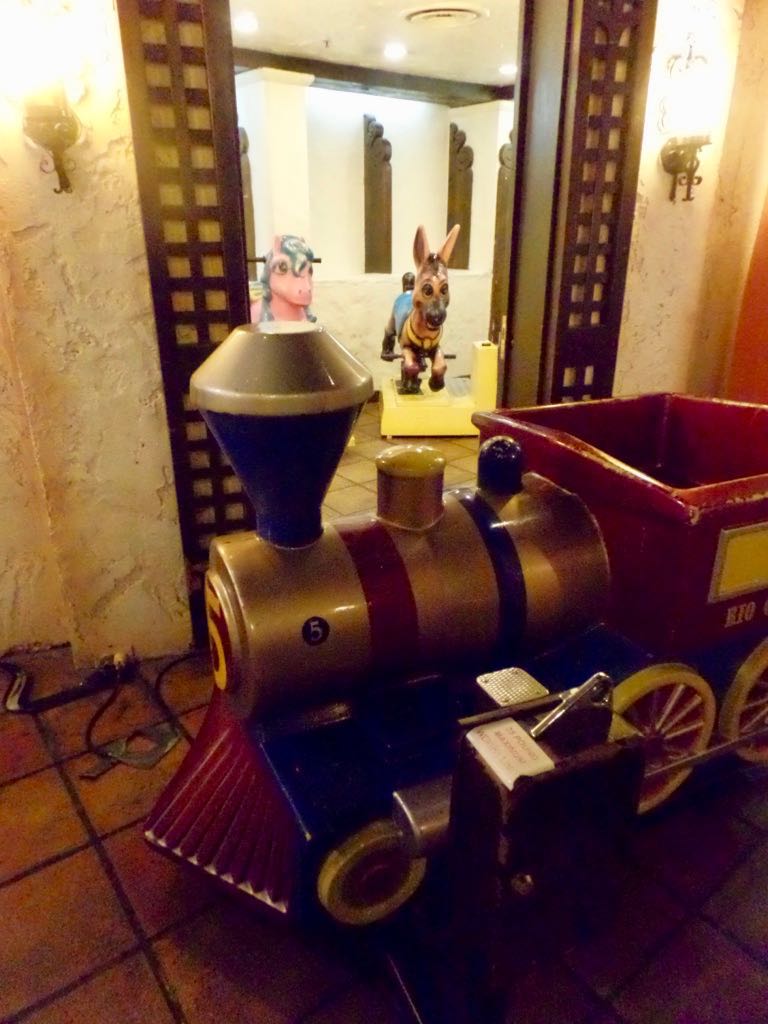 And on the way out? How about some coin-op rides? Notice that Basic Cable My Little Pony OG Lookalike that's behind the locomotive 'smokestack' there; nice, huh?

Trivia: On the 30th of December, 1914, 49,937 shares traded hands on the New York Stock Exchange. This was its lowest daily volume of the 20th century. Source: An Empire of Wealth: The Epic History of American Economic Power, John Steele Gordon.