Happy new year! Here's the first humor-blog recap of the new year. You can have this on your Reading page, using this link. Or if you have an RSS reader of your own, here's its feed. Meanwhile, here's the things posted since last Thursday:

New year, new theme park! Our second amusement park visit of the short Denver trip was also the centerpiece of the trip: Lakeside Park (o/` so many memories o/`), also in the heart of Denver and like two miles from where we stayed. 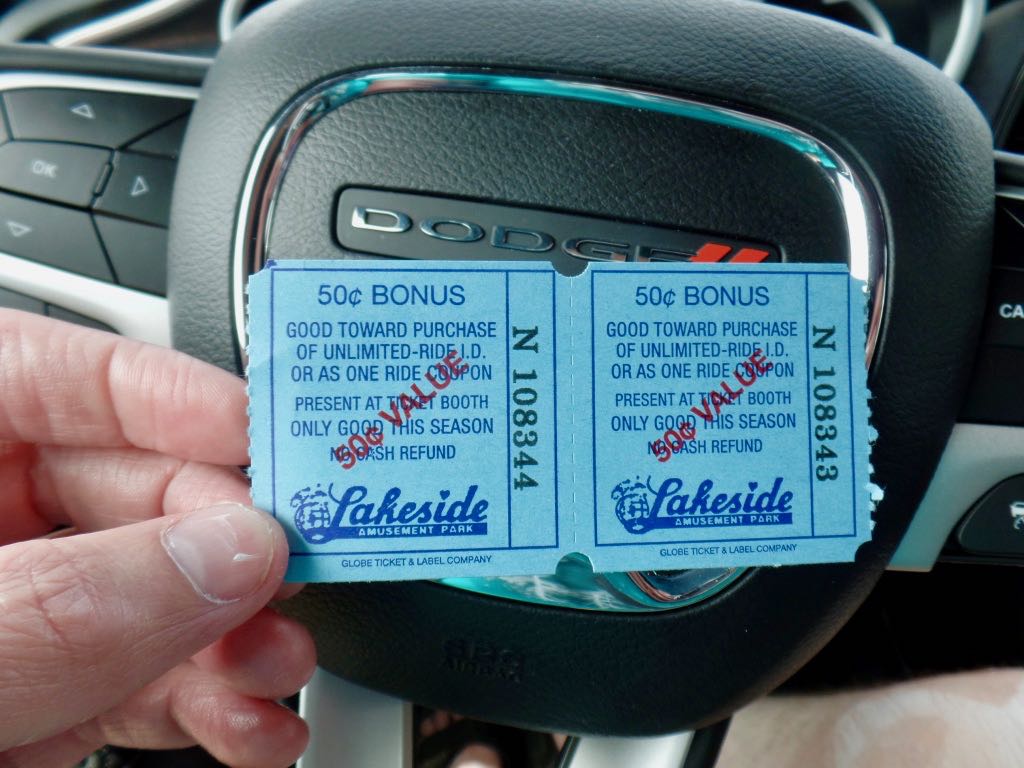 We had to buy admission tickets at the parking lot gate for Lakeside. The tickets come with, as you see, a discount toward buying your day's ride pass. Or just as one coupon for a ride, if you'd rather buy rides a la carte. 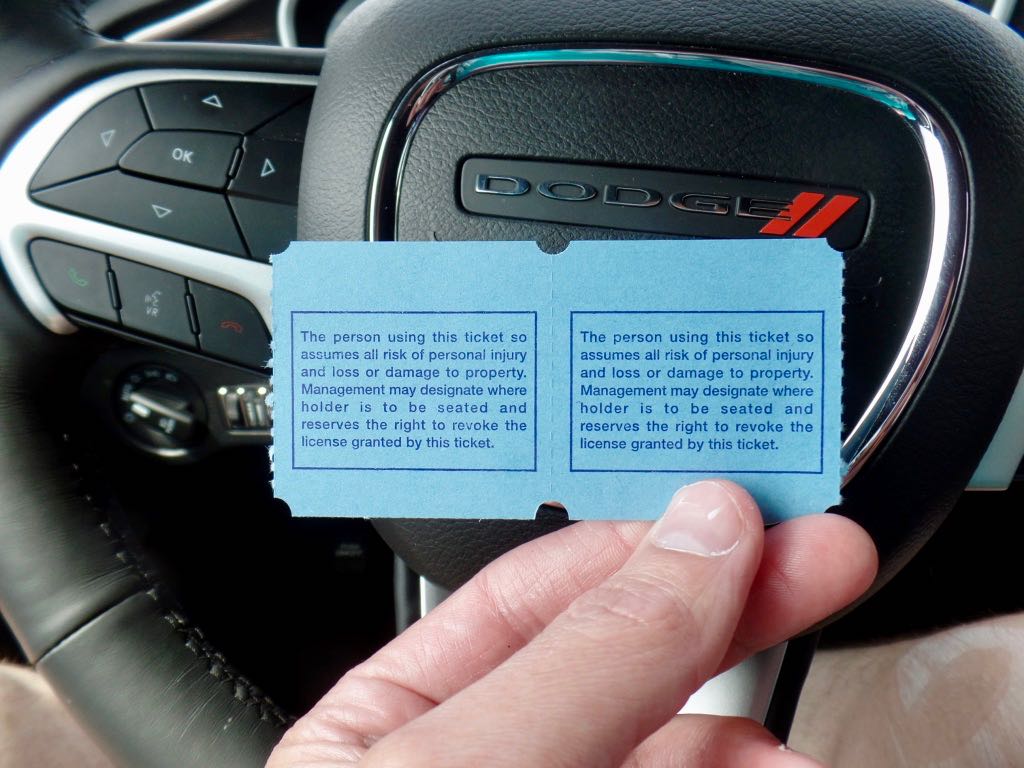 And, as law dictates, I photograph both sides of the admission ticket while I've got one. 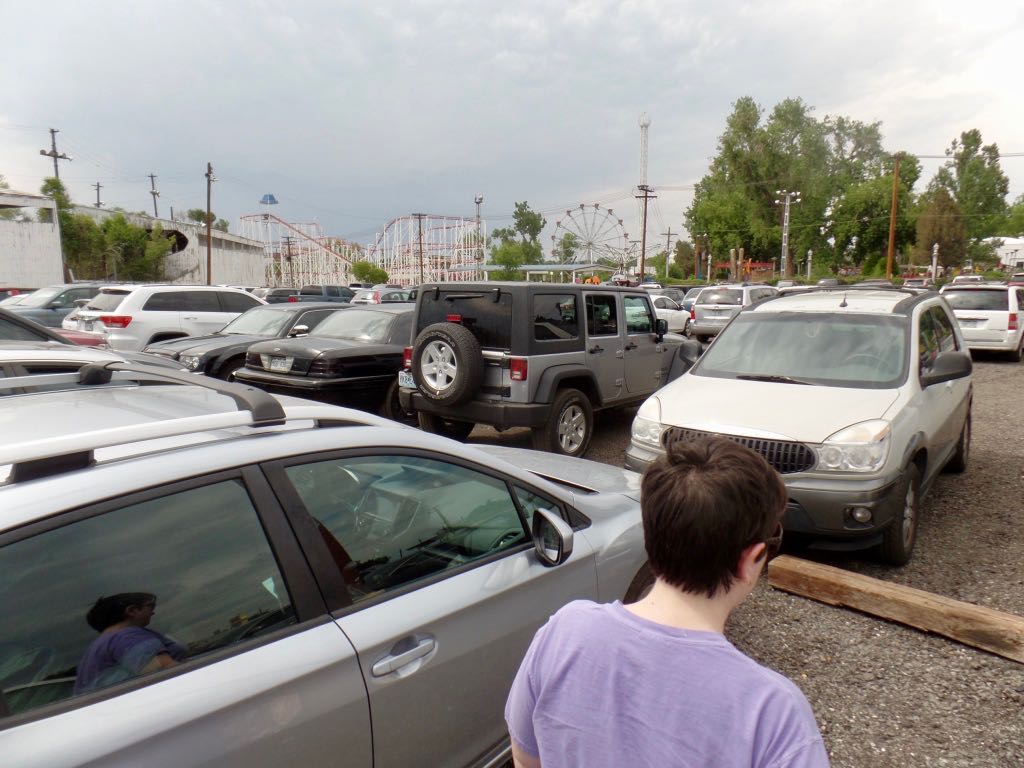 Our first good look at the amusement park! On the far left there is their newest roller coaster, not yet named, and which we were disappointed to learn they planned to open later in that month; had we known, we could have gone to Denver the last week of the month, or early July, instead. They haven't opened the roller coaster yet, though. 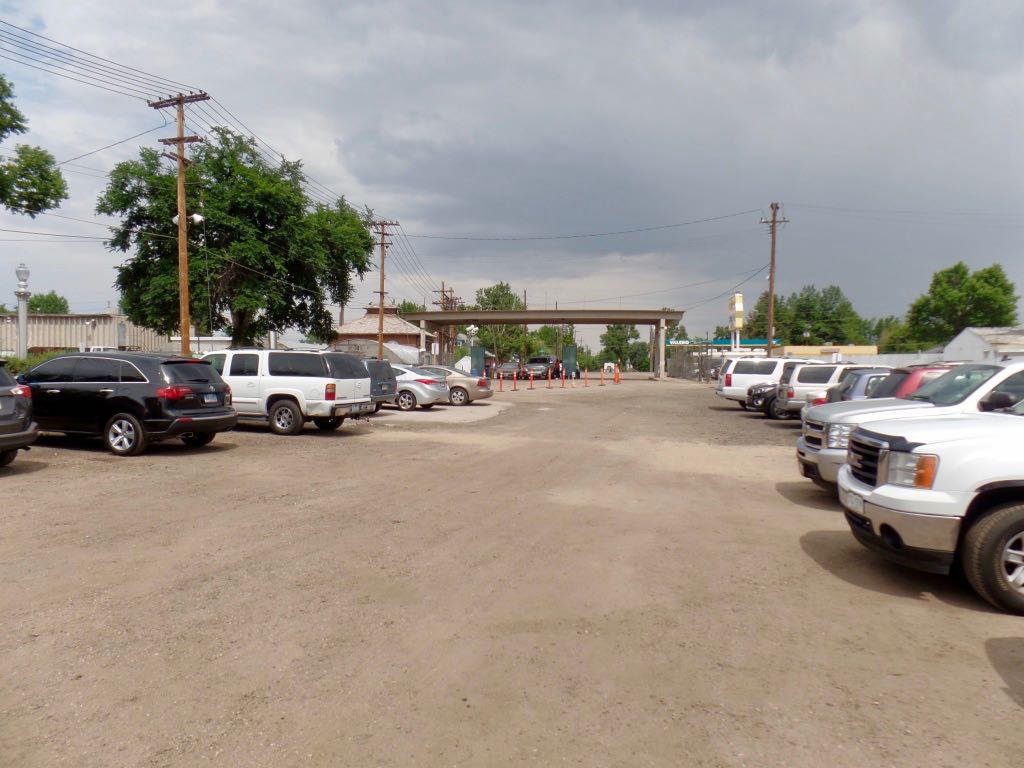 Looking back at the entrance to the parking lot. It may seem pretty bare, but when you compare it to the real proper entrance --- coming in a few days --- it's ... yeah, pretty bare. 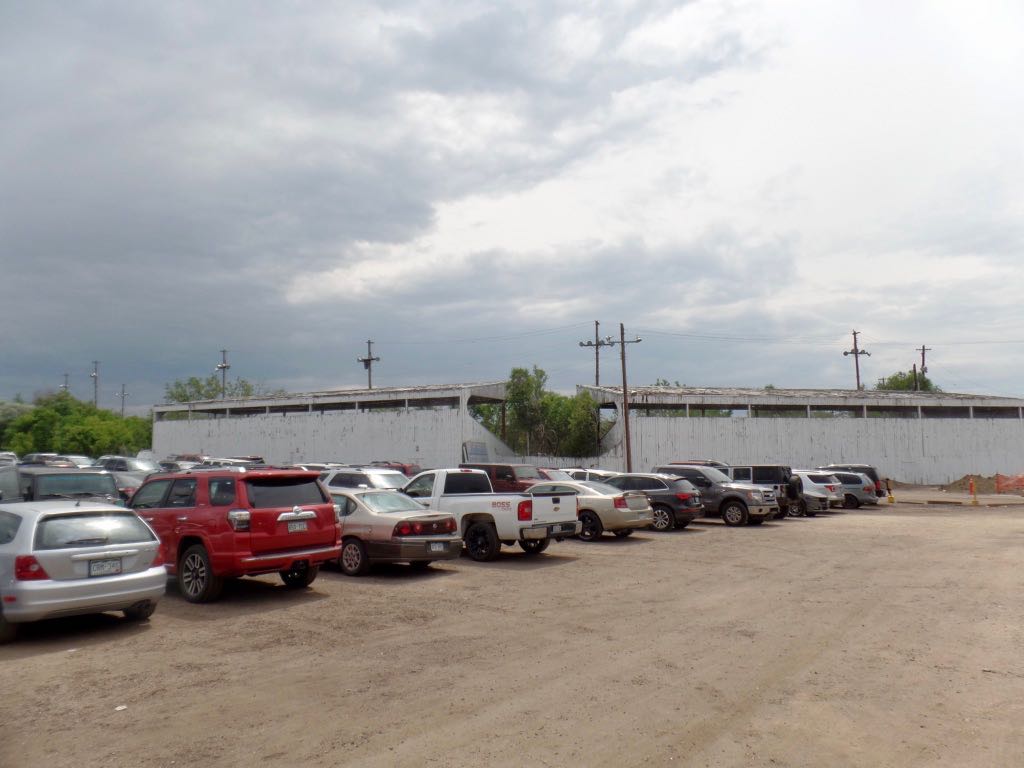 Lakeside Speedway: for a half-century this former baseball park became one of the lead Midget Auto Racing tracks. (The cars are midgets, not the drivers.) Track and park owner Rhoda Krasner closed it after a 1988 accident that killed one spectator and injured a dozen others. Since then it's stood there abandoned. We understood looking at it that it was abandoned, but had no idea what its history was like when we visited. 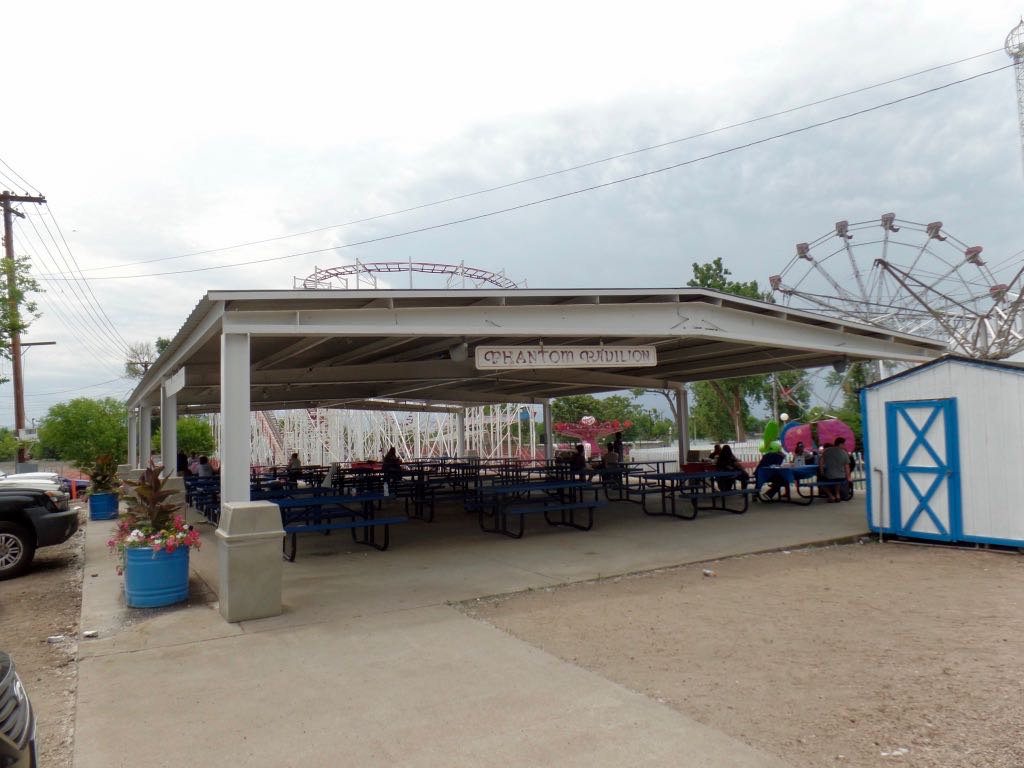 The Phantom Pavilion, one of the southernmost pavilions in the park. 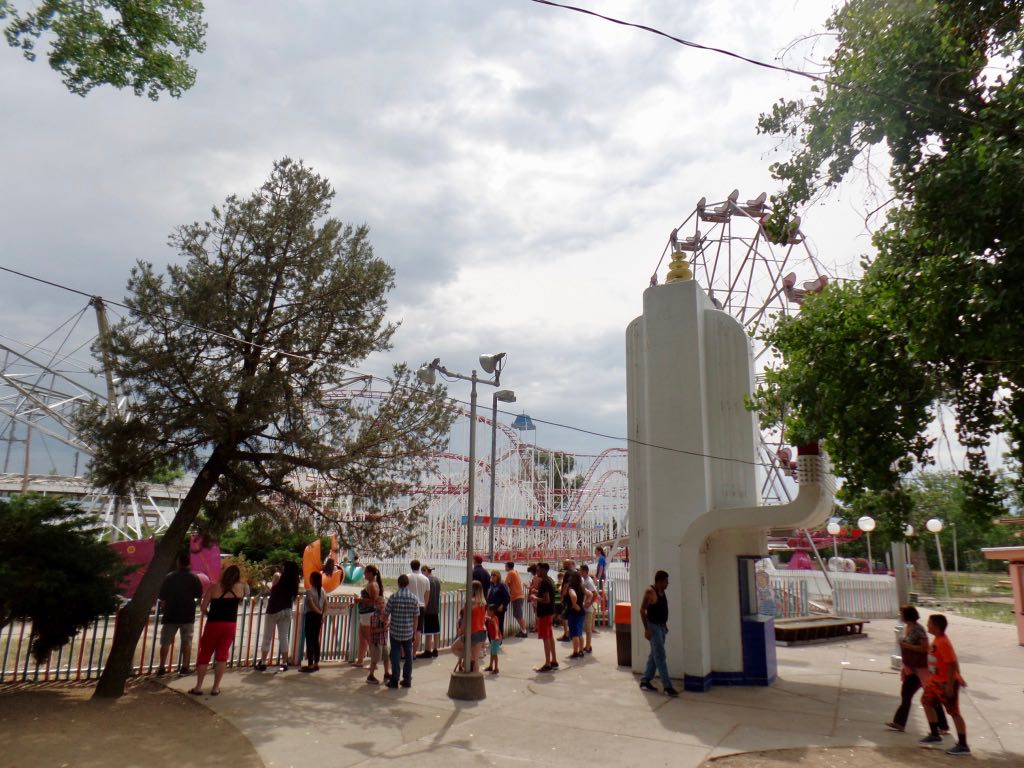 And look at that ticket booth! You don't see a ticket booth? It's that structure that looks like something from a Fleischer Superman, or a Batman The Animated Series, cartoon, in front of the Ferris wheel there. 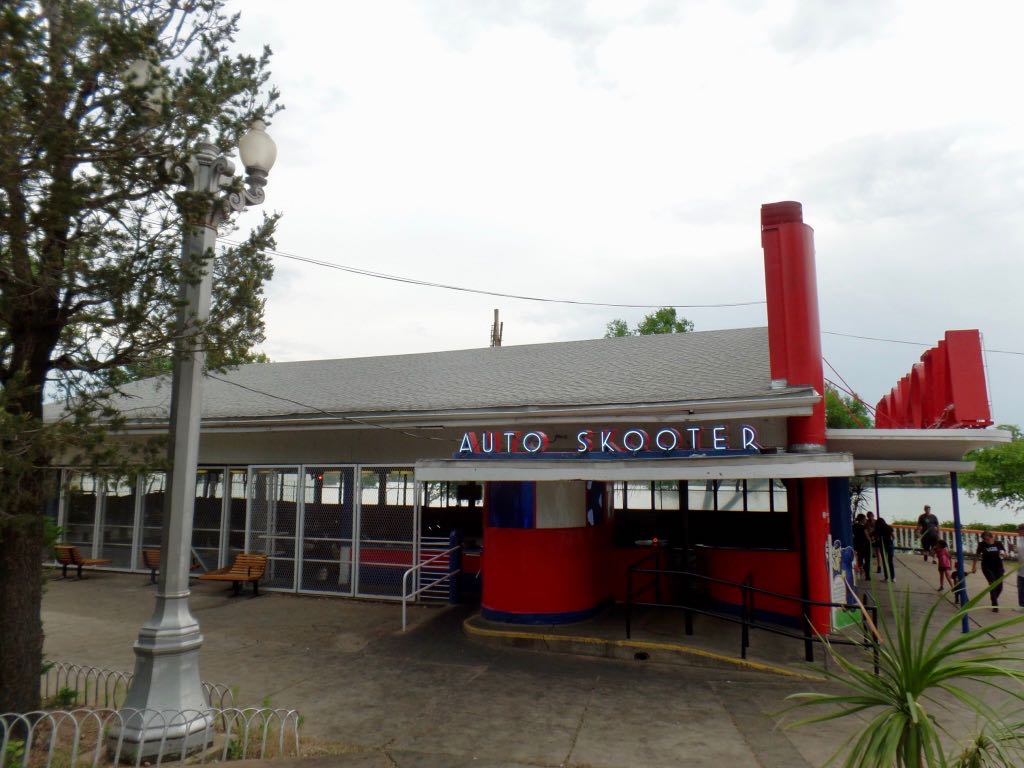 The side of the Auto Skooter, the bumper car ride. Are you starting to see the glory of Lakeside Park here? 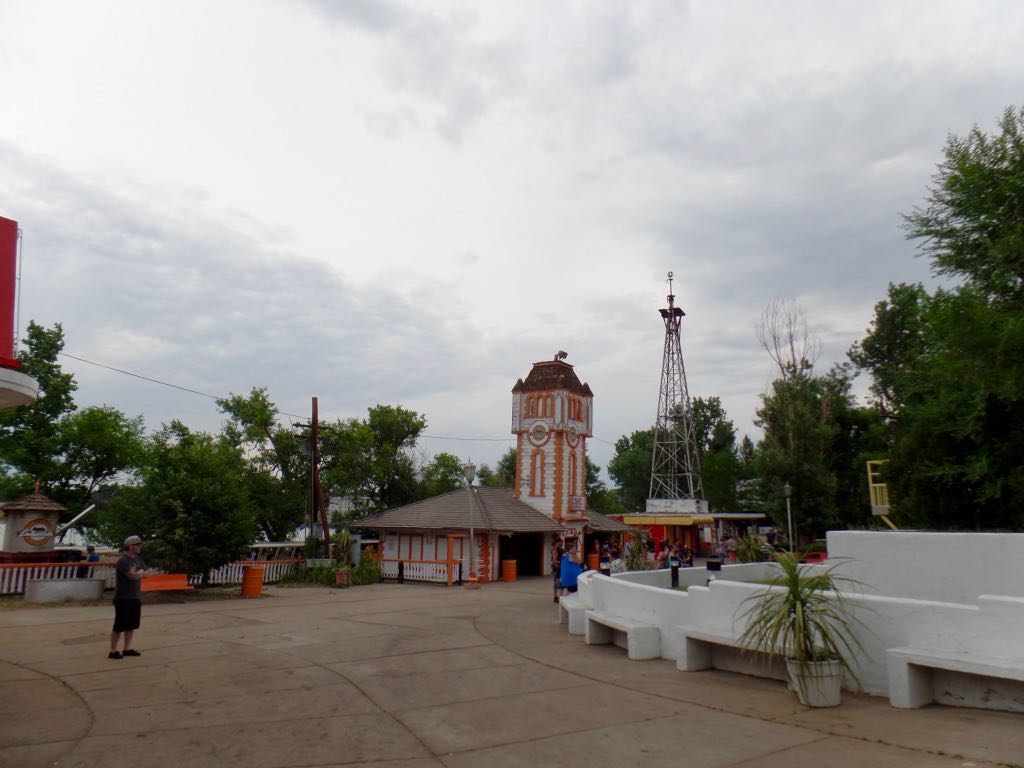 Curved wall with built-in park benches, and beyond that, the tower for the miniature train station, and the radio tower from which the park, in the early 20th century, would transmit music. 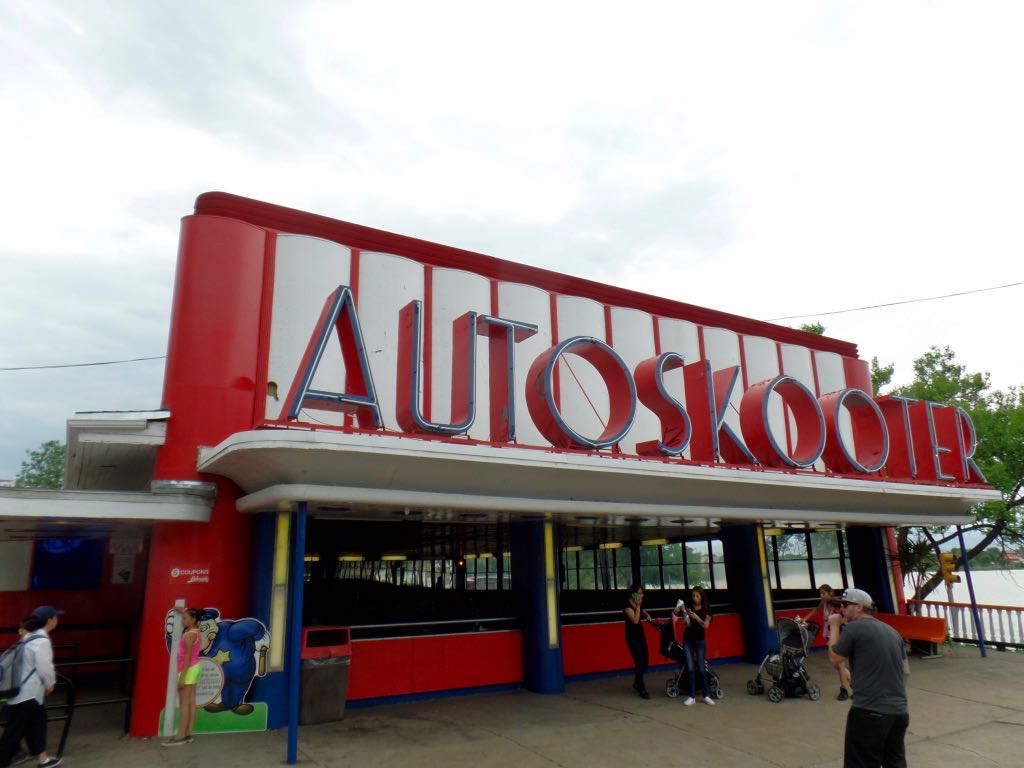 And now here's the front of the Auto Skooter ride. 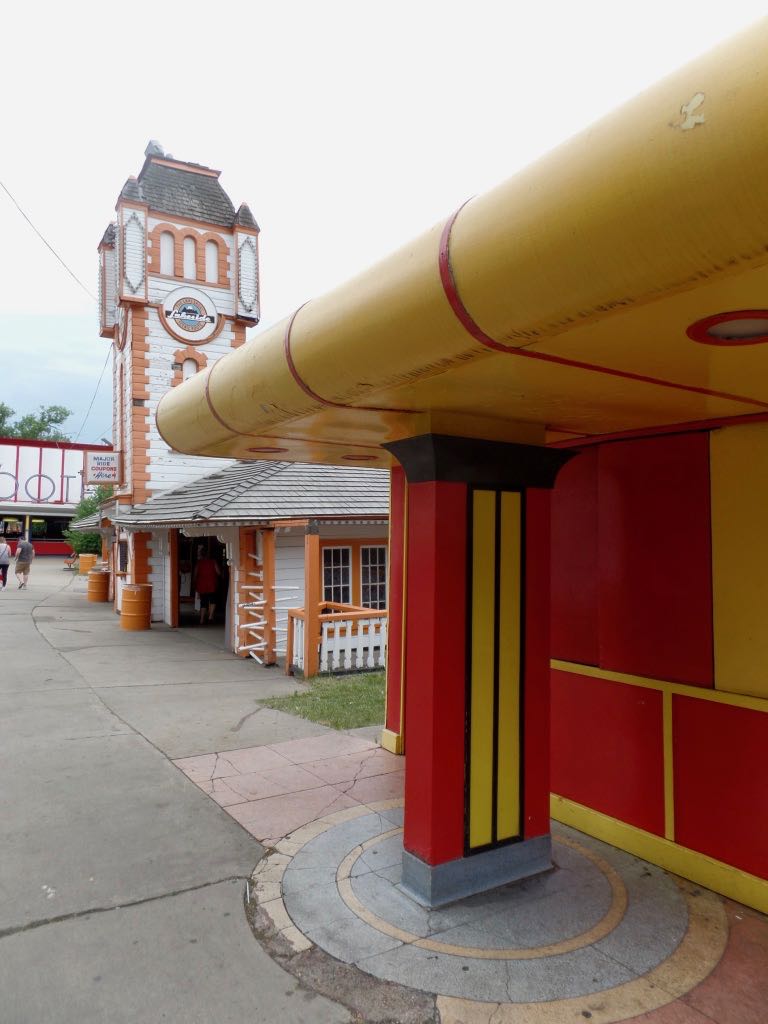 One of the midway game ride stands, showing off its great style, even as it's taken damage from the ages. 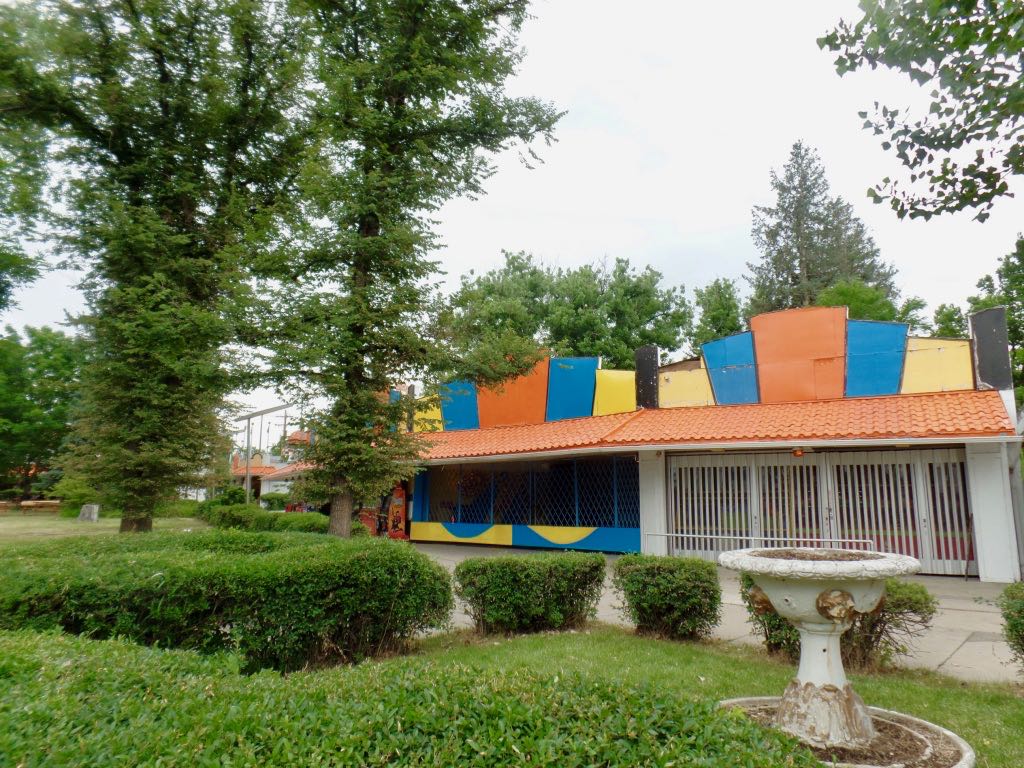 An aged fountain and the sides of some more midway game stands, plus some of the well-tended hedges and lawns that make the place beautiful.

Trivia: In the election of 1880 Democrats used the number ``329'', representing money James Garfield was accused of earning in stock dividends from the Crédit Mobilier, against his candidacy. 329 would get scrawled as graffiti on buildings, streets, sidewalks. The secretary of agriculture found it written on a beet someone placed on his desk; the secretary of war, on the headboard of his bed. Source: Destiny of the Republic: A Tale of Madness, Medicine, and the Murder of a President, Candice Millard.

Currently Reading: The Definitive Prince Valiant Companion, Compiled by Brian M Kane. Which by the way has taught me how much I didn't know about Prince Valiant. I feel a bit of the fool.