I haven't been too busy to read the story comics, though, nor to write about them. What's Going On In Rex Morgan? Did Mindy give birth yet and who's Aunt Tildy? October 2019 - January 2020 gets my plot-recap focus this week. As seems like happens all the time, a story began and end just in time to match the boundaries of my essay.

Now let me share the visual centerpiece of Lakeside Park. 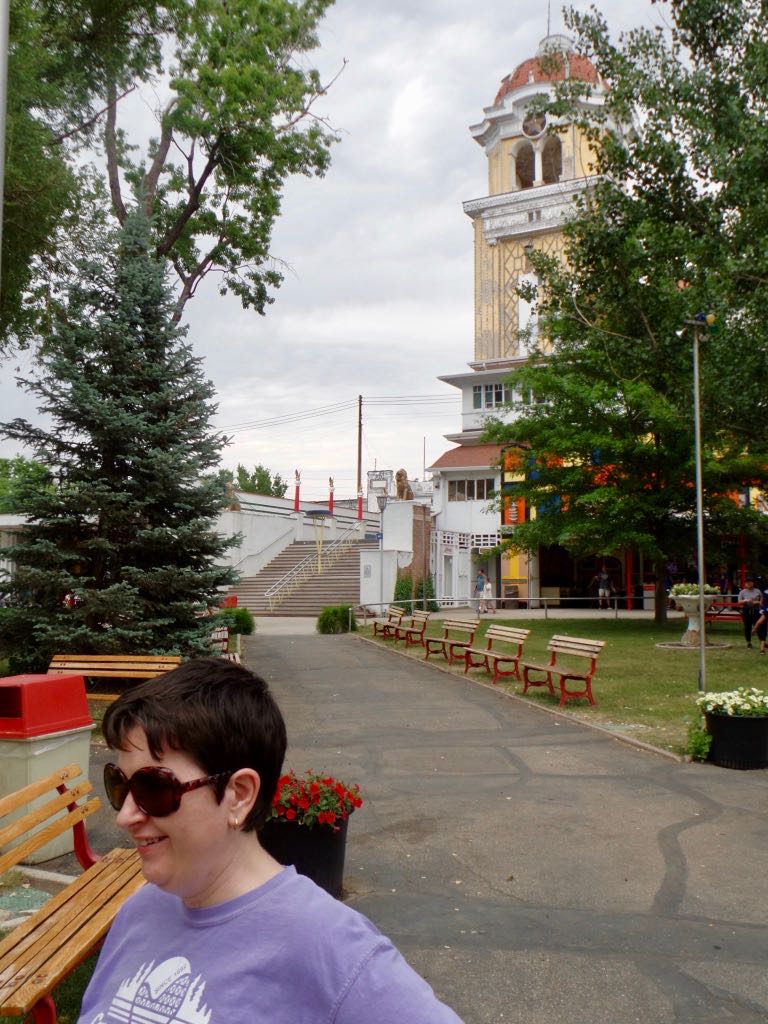 bunny_hugger talking about Lakeside Park's famous Tower of Jewels, never once suspecting that it was right behind her. The tower is the main front entrance, 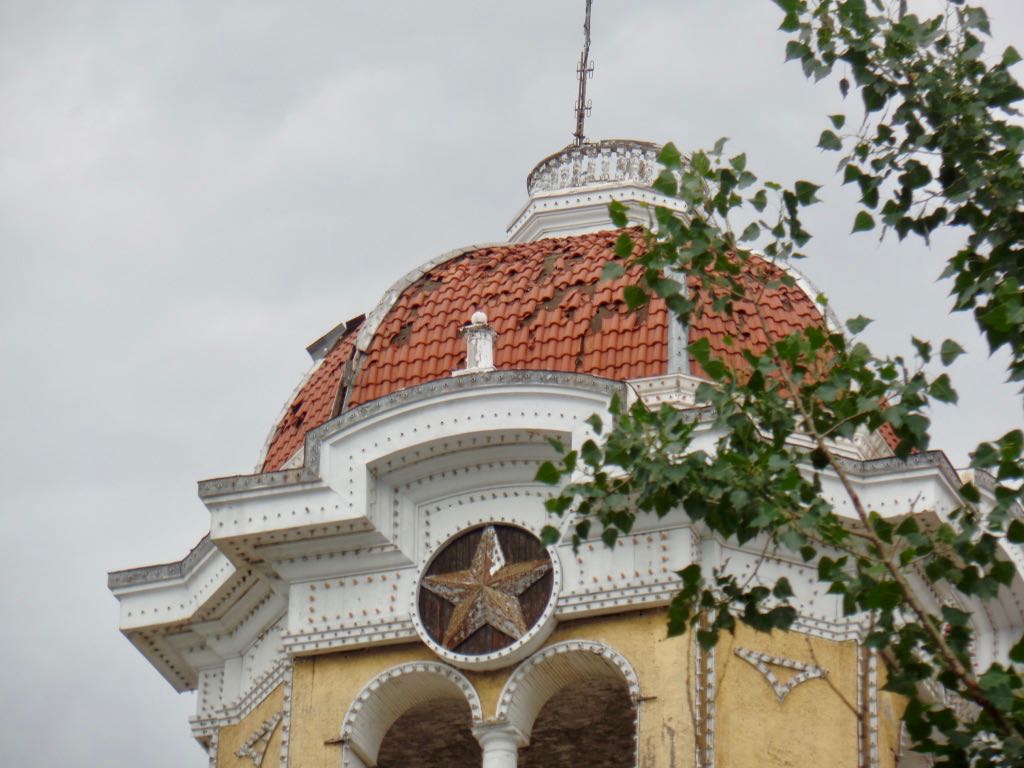 The Tower of Jewels has the name for its staggeringly many lights. It's also had some better days; the park has had to defer a lot of maintenance over the years. 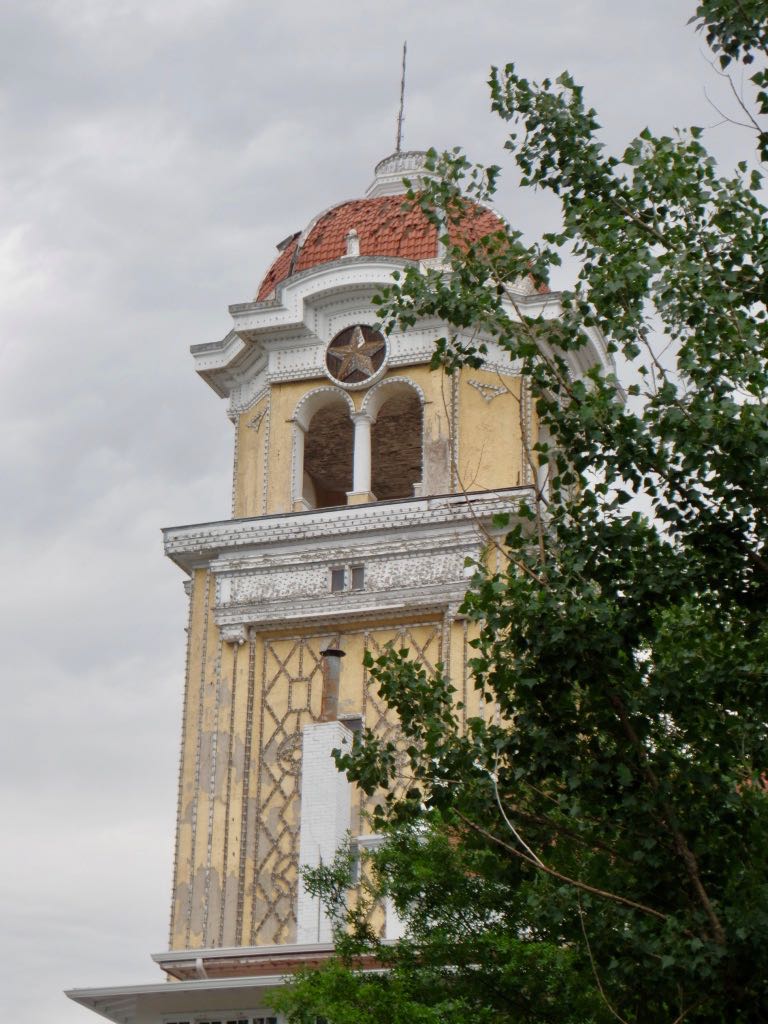 Broader view of the Tower of Jewels. 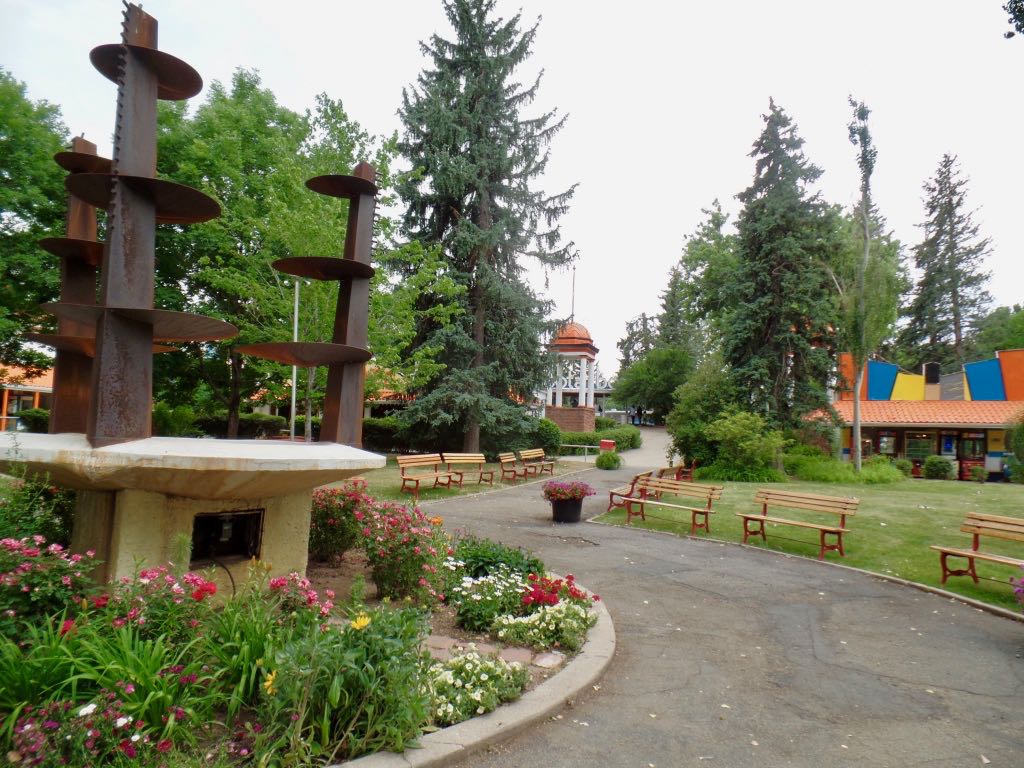 Looking back away from the Tower of Jewels to the main park, with one of its Art Deco fountains and the midway games and, in the far distance, the skoota boats ride. 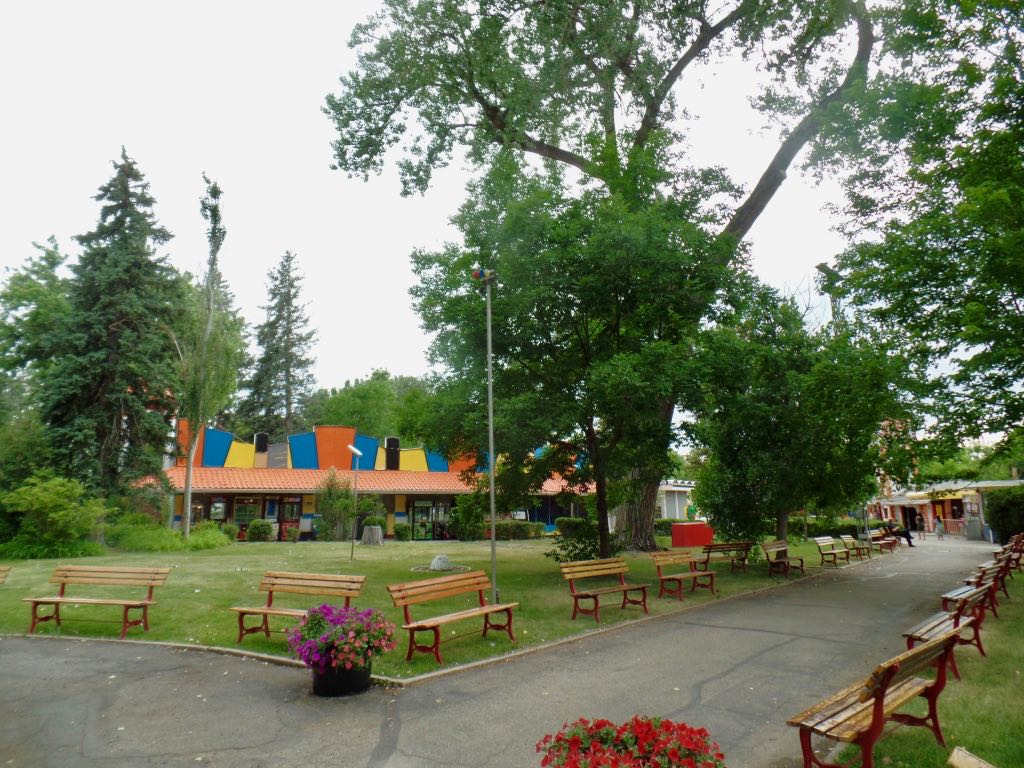 Looking again at one of the parks, with a midway games stand and, obscured off to the right, that obscured radio tower. 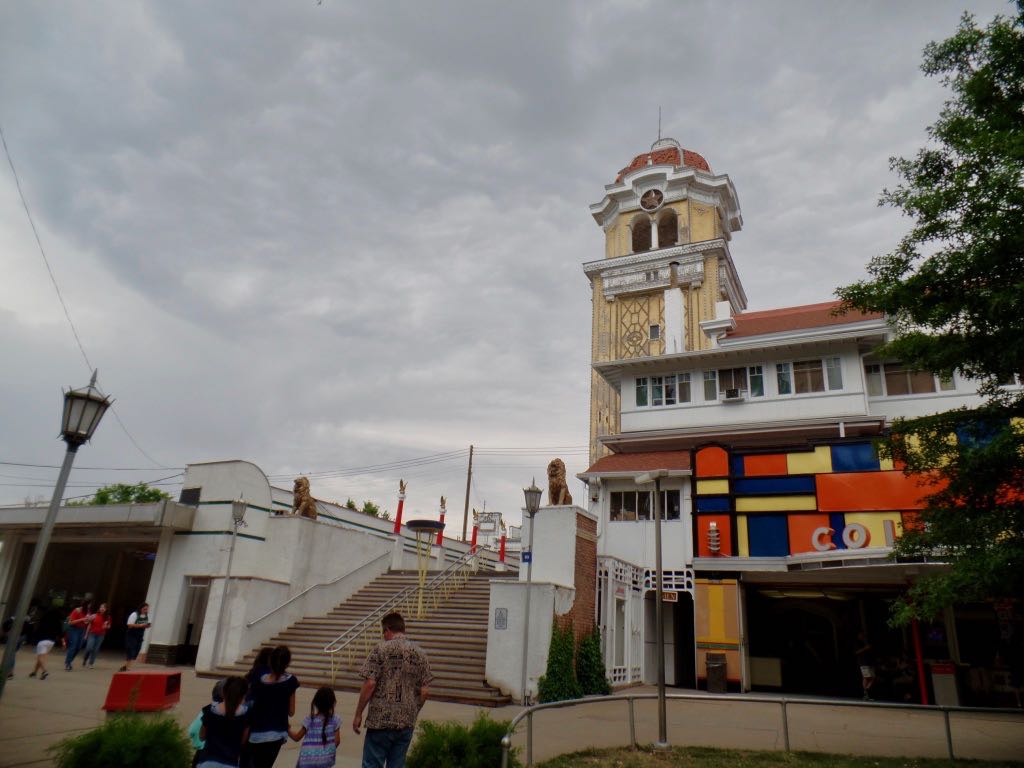 Back again. The Tower of Jewels and the stairs leading up to that --- street level --- plus a glimpse at the wonderfully colored building nestled to the right of that. 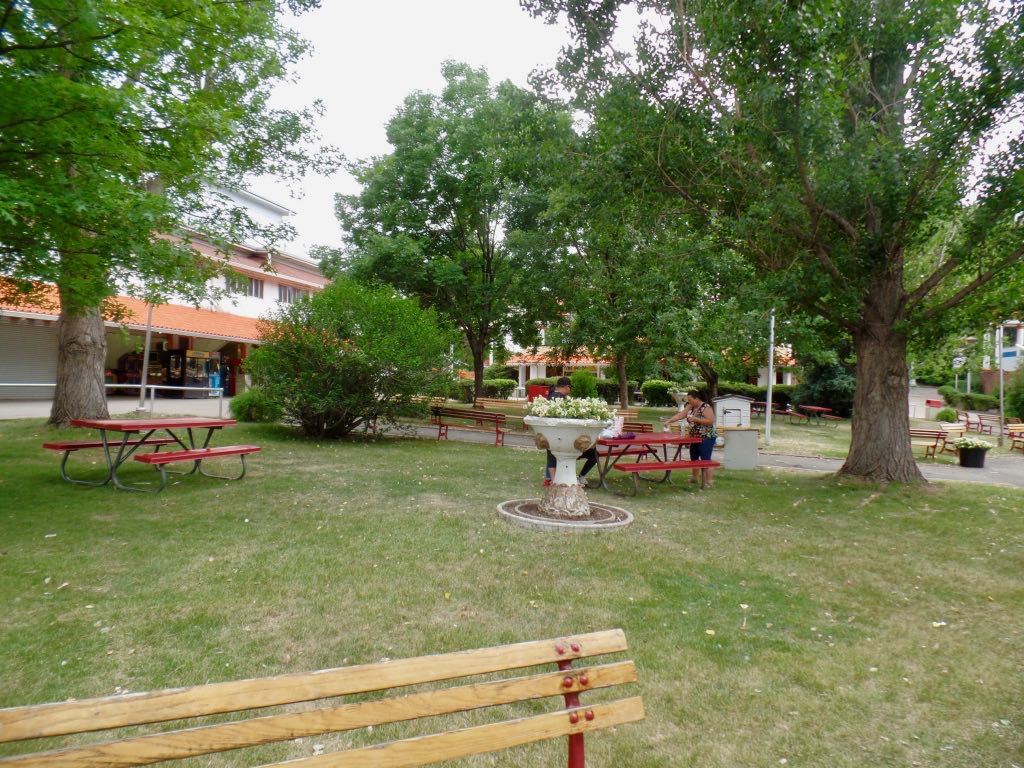 Flower planter beside a picnic table that doesn't seem to have caught on with the Art Deco design of the rest of the park. 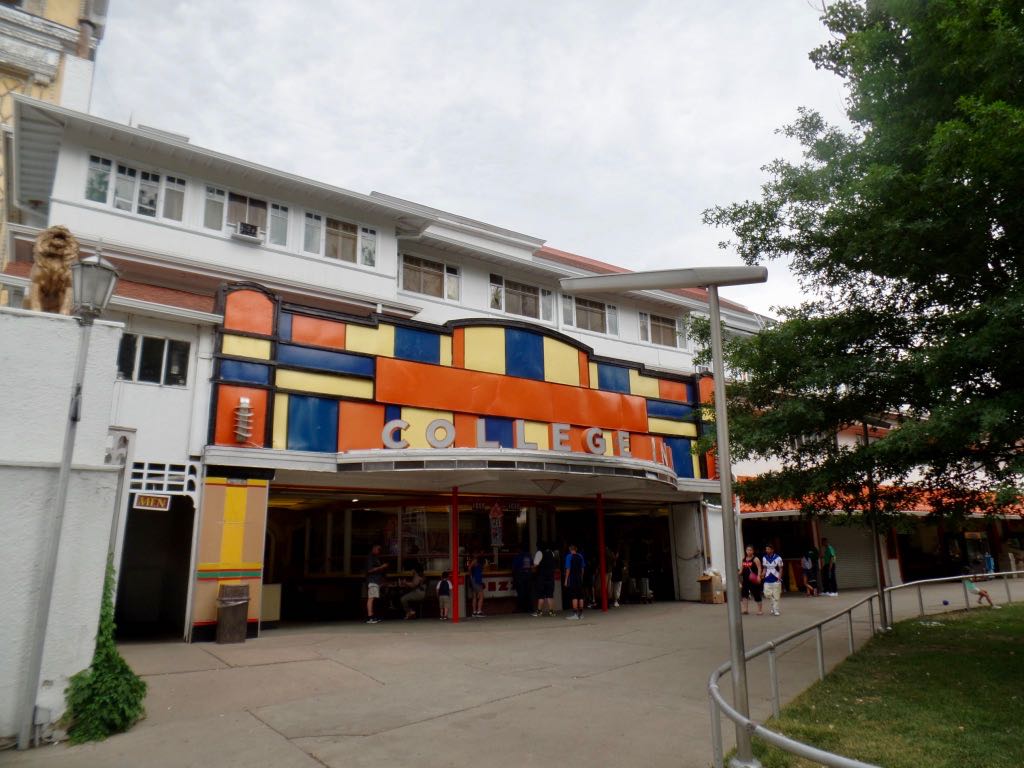 College Inn, as it says; this is a restaurant and offers pizza and burgers and Icees and all that. 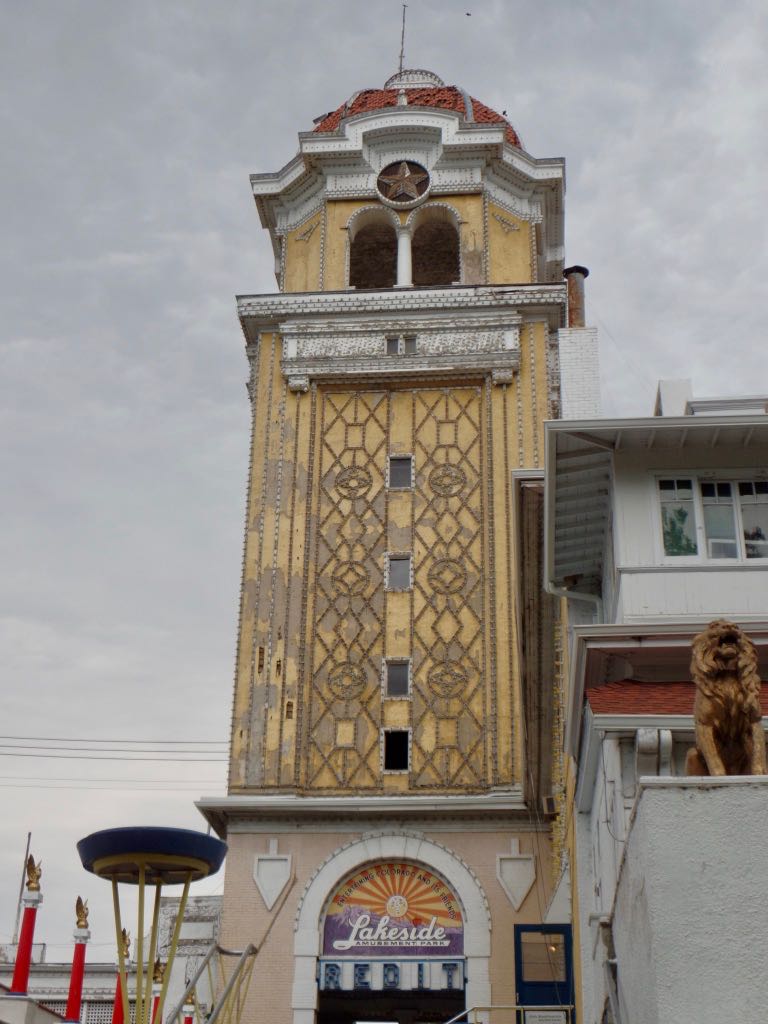 A good look up the Tower of Jewels tower again; you can see one of the lions guarding the stairs to the right there. 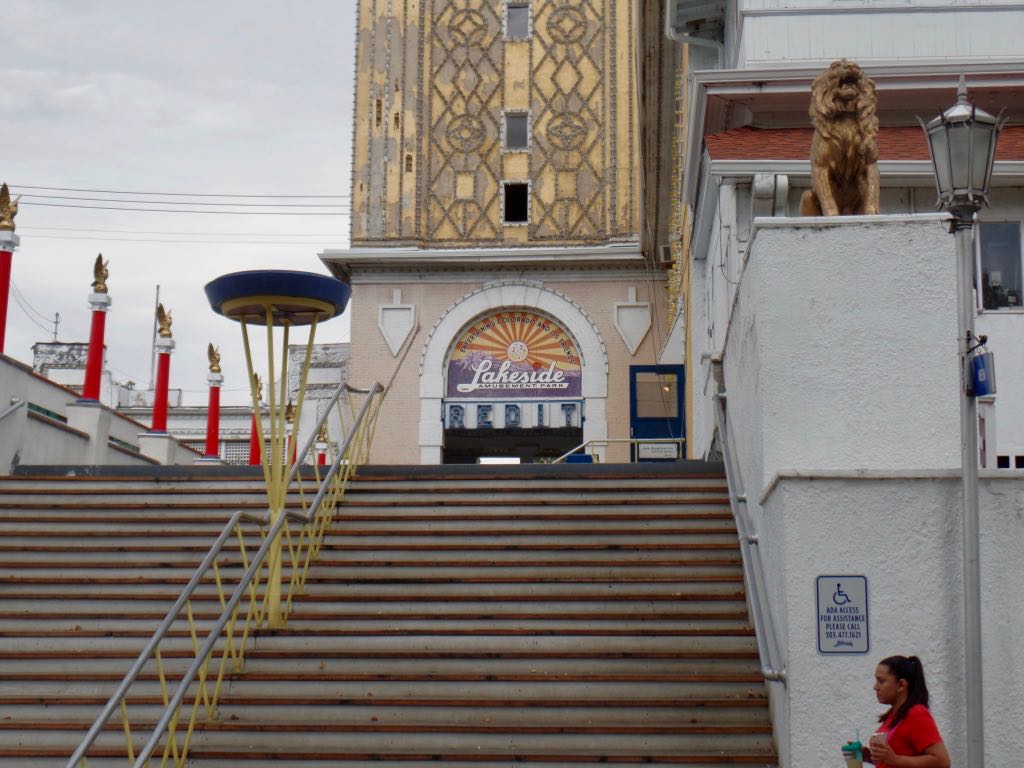 The stairs leading to the Tower of Jewels entrance, and on the left the series of gryphon-guarded towers. 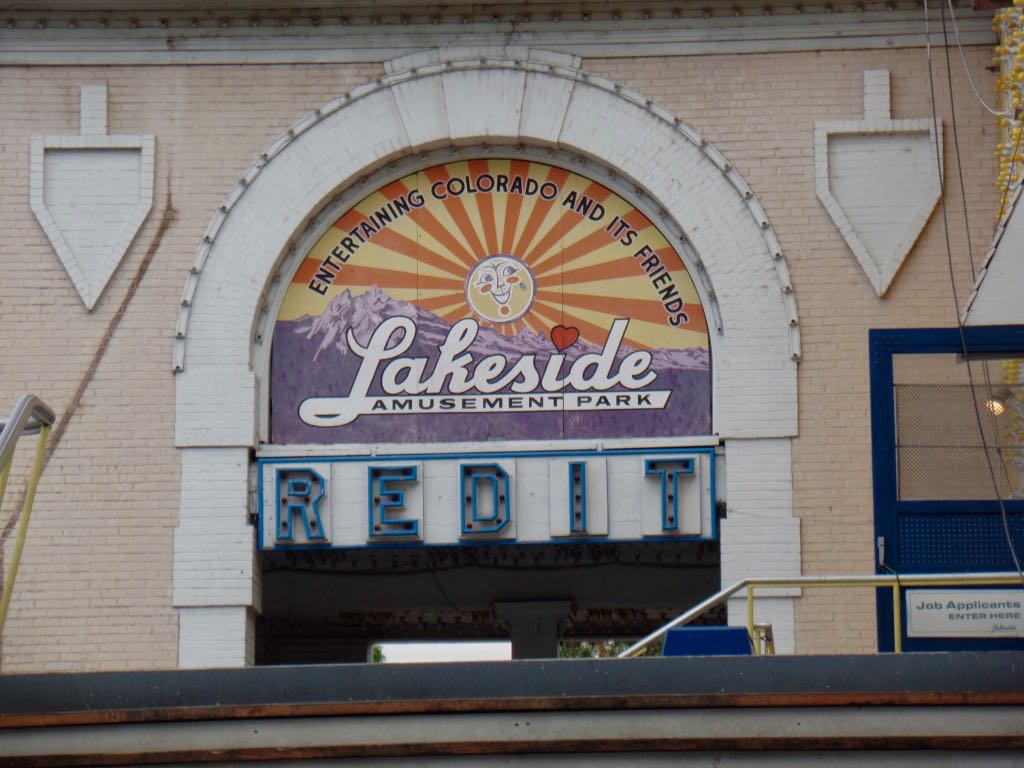 REDIT. This famous invitation at the exit for the Tower of Jewels is supposed to be the urging of you the patron to return. I'd take them up on it. 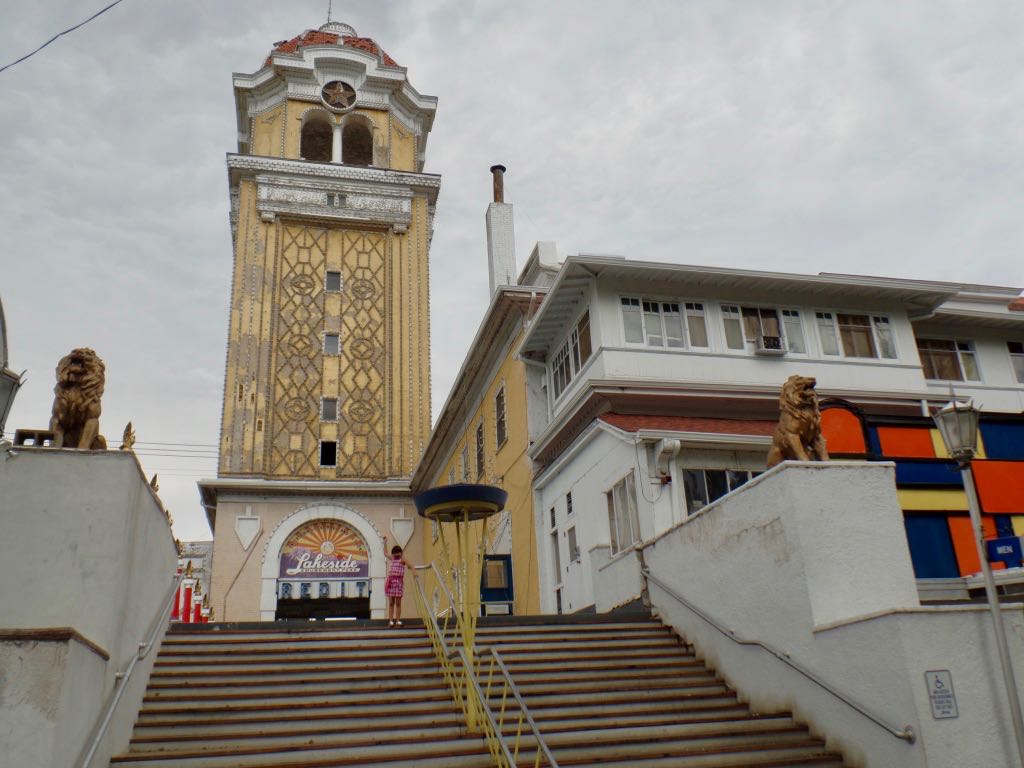 And the view again of the Tower of Jewels, the stairs leading up to them, the lions guarding the stairs, and the College Inn off to the side. Also I guess someone wanted to be an energetic part of my picture, here.