Now let me remind you of my humor blog pieces of the past week:

And now let's take a good serious look at a mysterious piece of Lakeside Amusement Park. 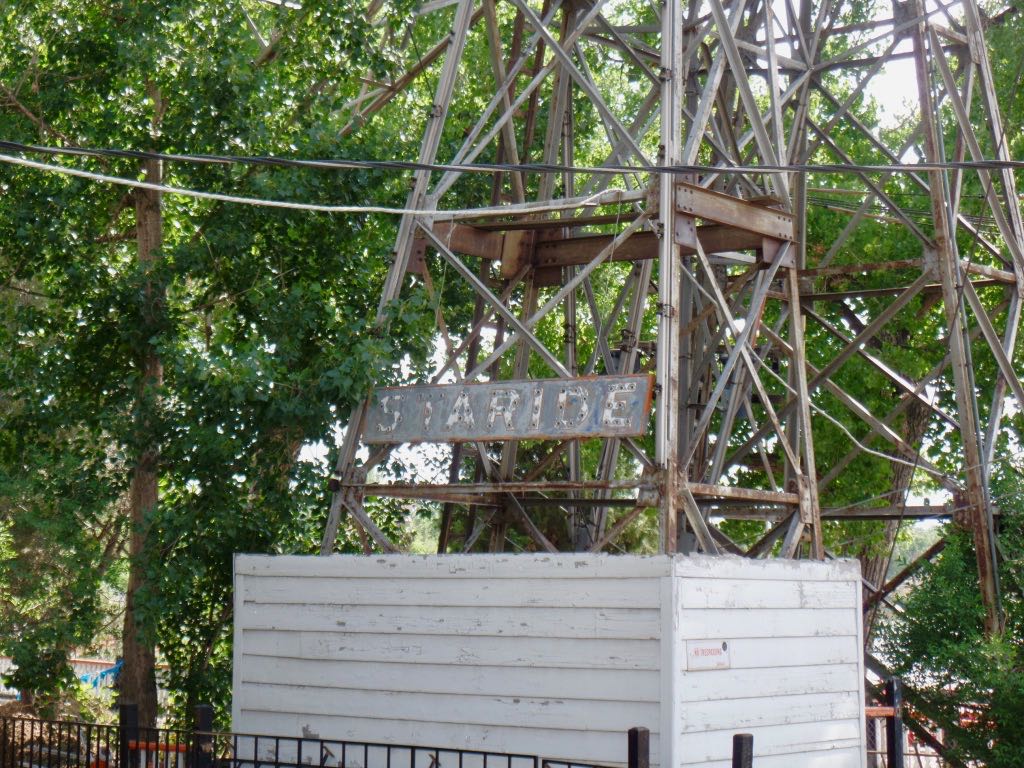 And here's the ghost sign with a name for this: this abandoned thing is the Staride. 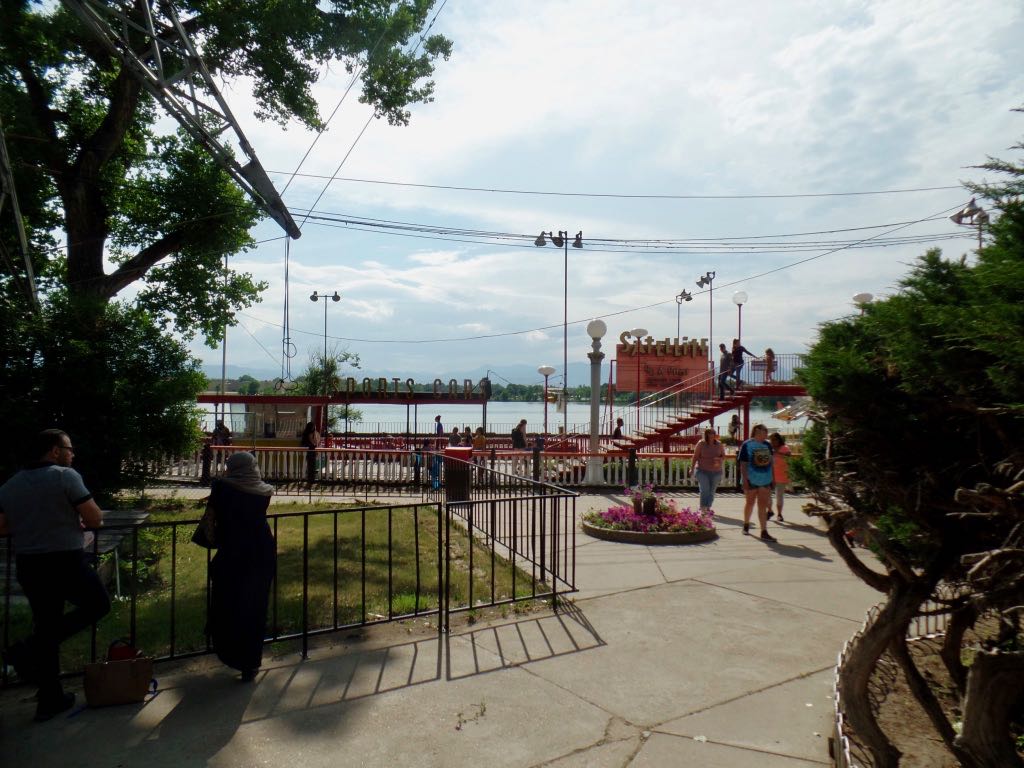 The Staride has an almost lakefront setting, near the railroad and the Satellite and if the trees there seem very close to the ride you have no idea, because ... 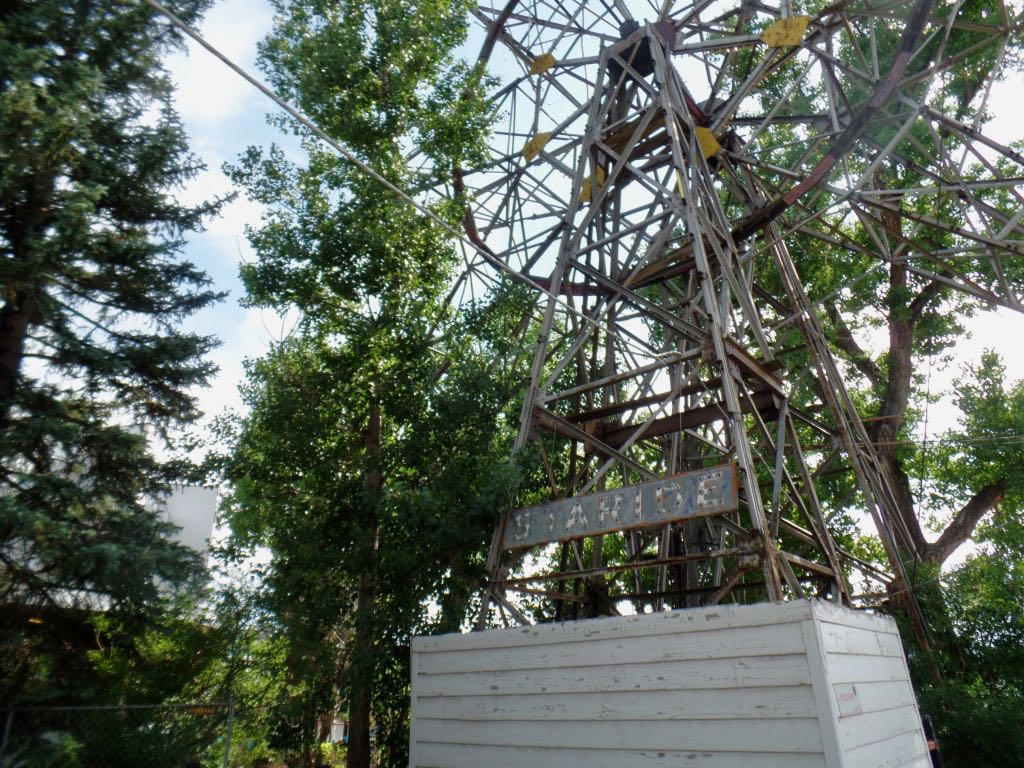 The Ferris Wheel-like Starride has trees grown into it. The ride has not only not run in a long while, it hasn't been in shape ready to run in long enough for trees to overgrow it. 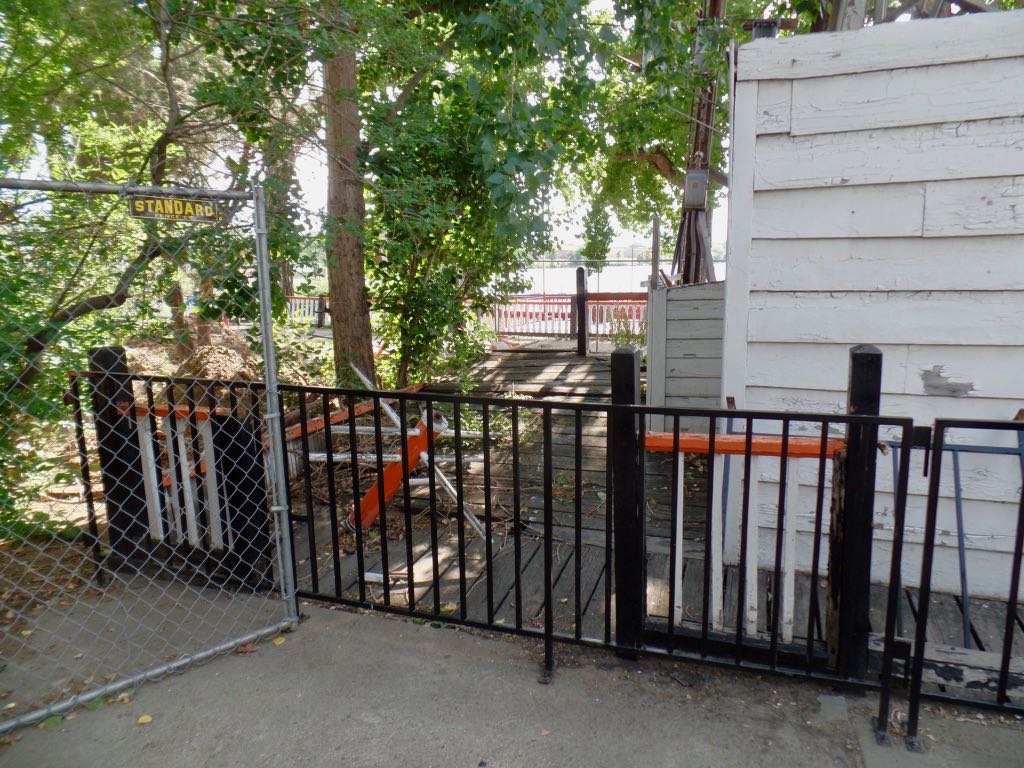 What looks like the abandoned turnstile for the Staride, left on a wood-style queue area that's seen better days. 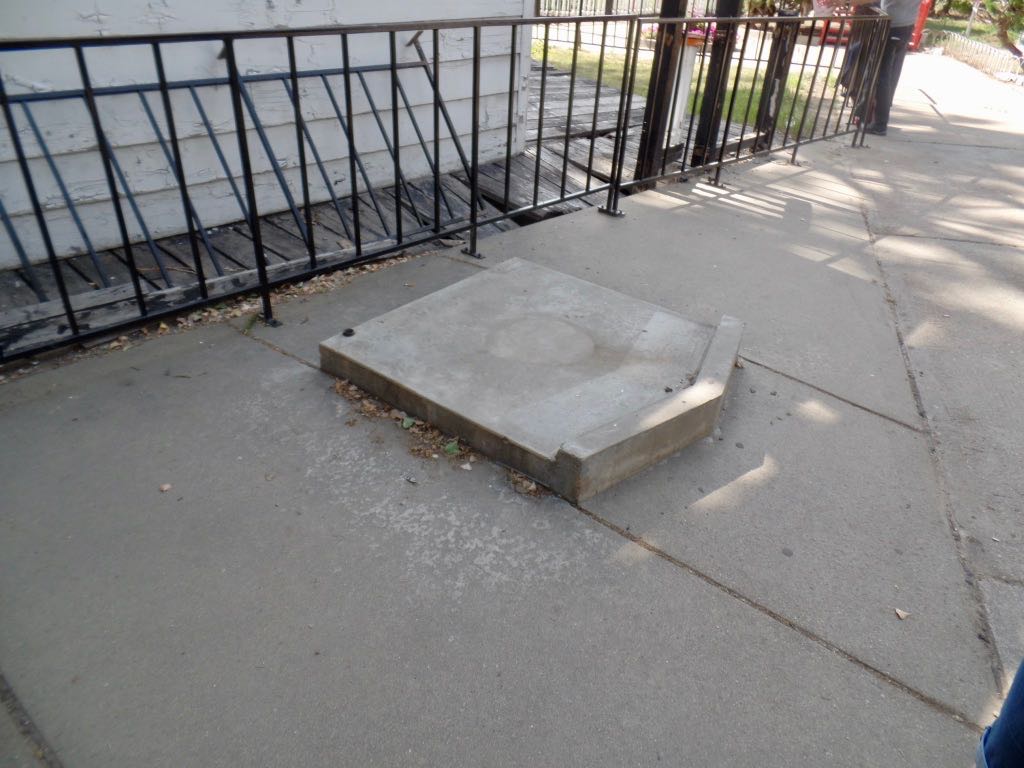 This, outside the fenced-off area, looks like it should be a light, or possibly even something that bears a load --- look at the lighter parts of the cement --- that's also been gone so very long. Also you can see where the boards are falling in, beyond the fence. 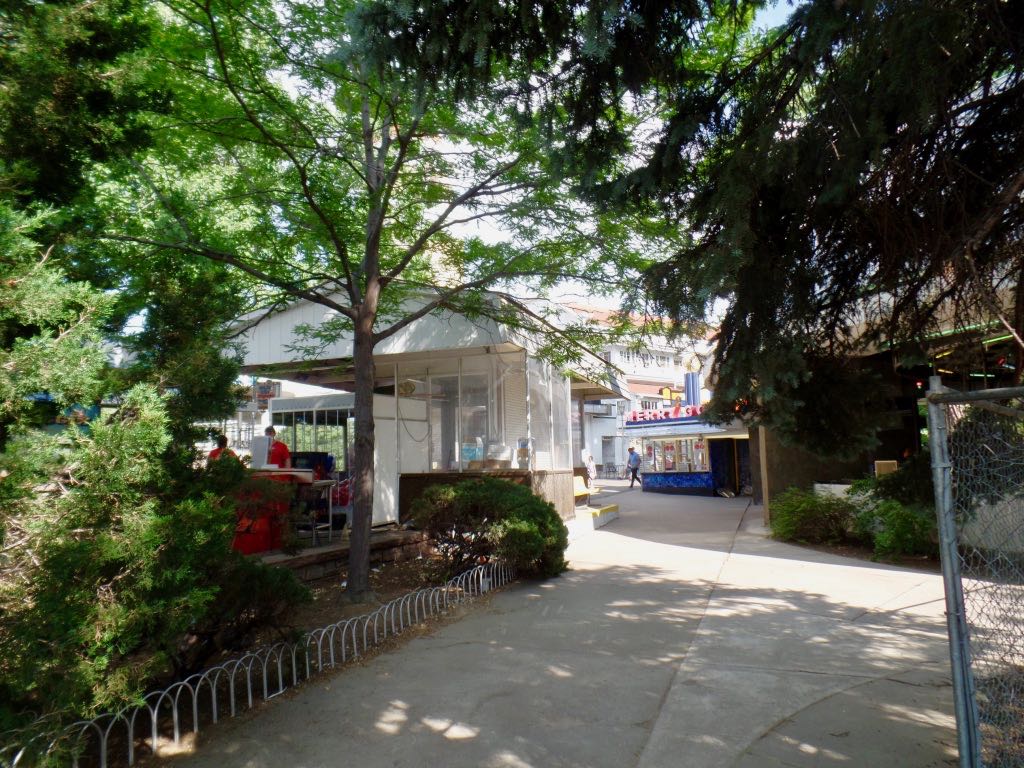 Staride is very close to the Merry-Go-Round, and (off to the left) the Cyclone, so it's got a very central part of the park's grounds. 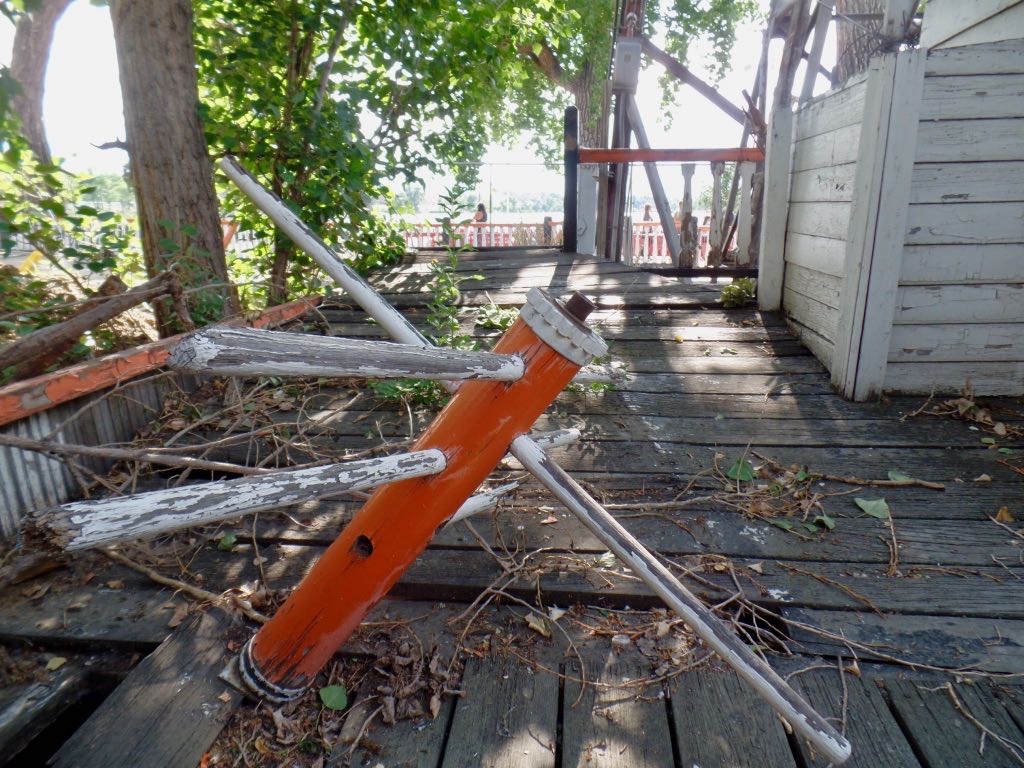 Examined closer, that piece that seemed like it was a turnstile clearly doesn't make sense as that, but then, what exactly are we looking at? 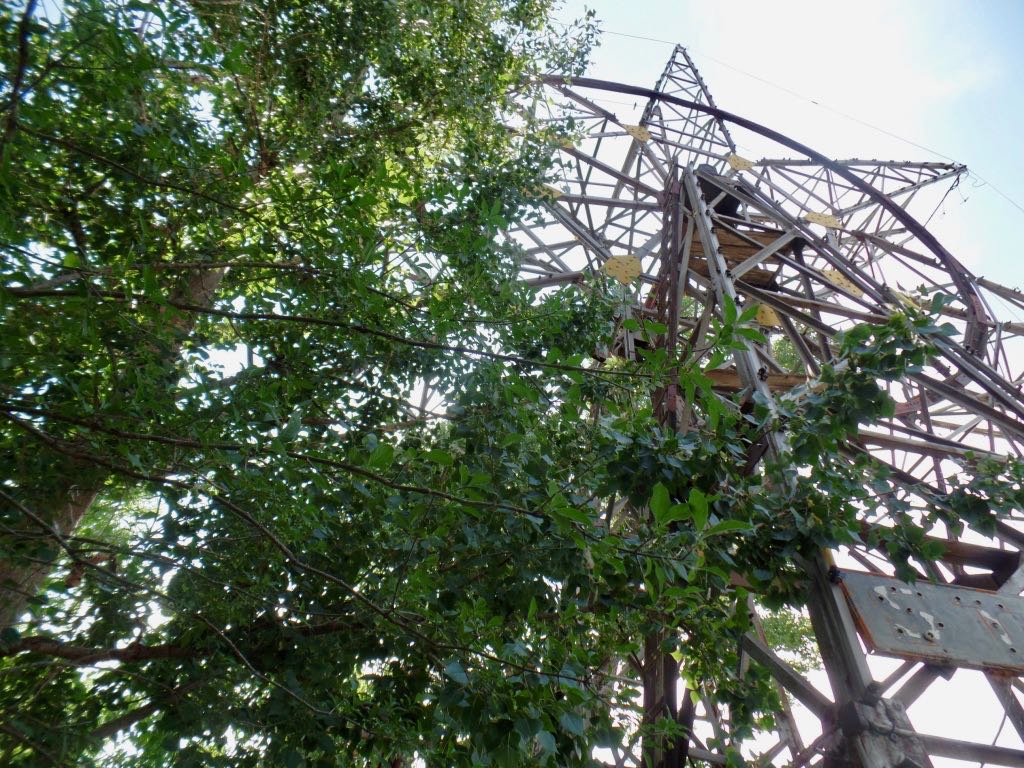 A look up, showing how much Staride looks like a Ferris Wheel, and how well the tree has embraced it. So, why is it there, and given how it can't possibly run, why is it still there? 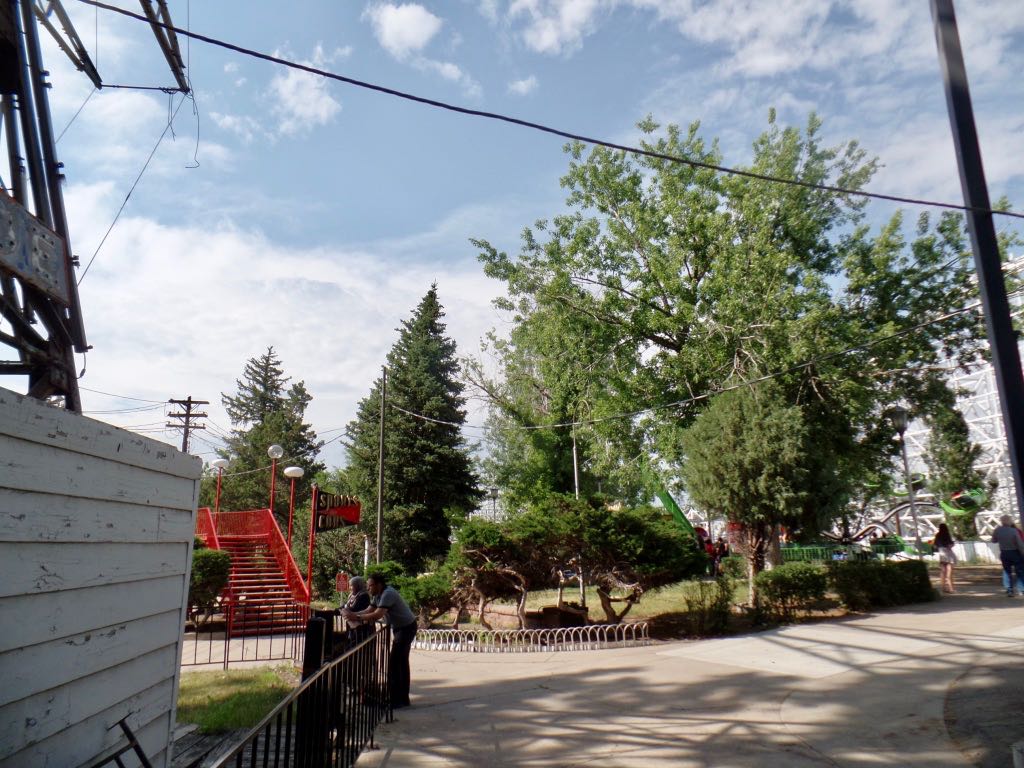 A look from the Staride over to functional rides. But Staride ... well, it's one of the oldest things at Lakeside. It's over a century old at least, and some sources claim it was at the park when it opened, as White City, in 1908. Ferris Wheel-style cars would dangle from each of the points on this star, and old pictures of the park show this --- sitting by Lake Rhoda --- is one of the distinctive pieces of the park's skyline. Staride hasn't run since the early 70s but, gosh ... I can understand why they would decide, the last year that it was functional, that they wouldn't tear it down. Or then why they couldn't, after that, even though it's hard to imagine the ride ever being functional, or even being restored to the appearance of functional. 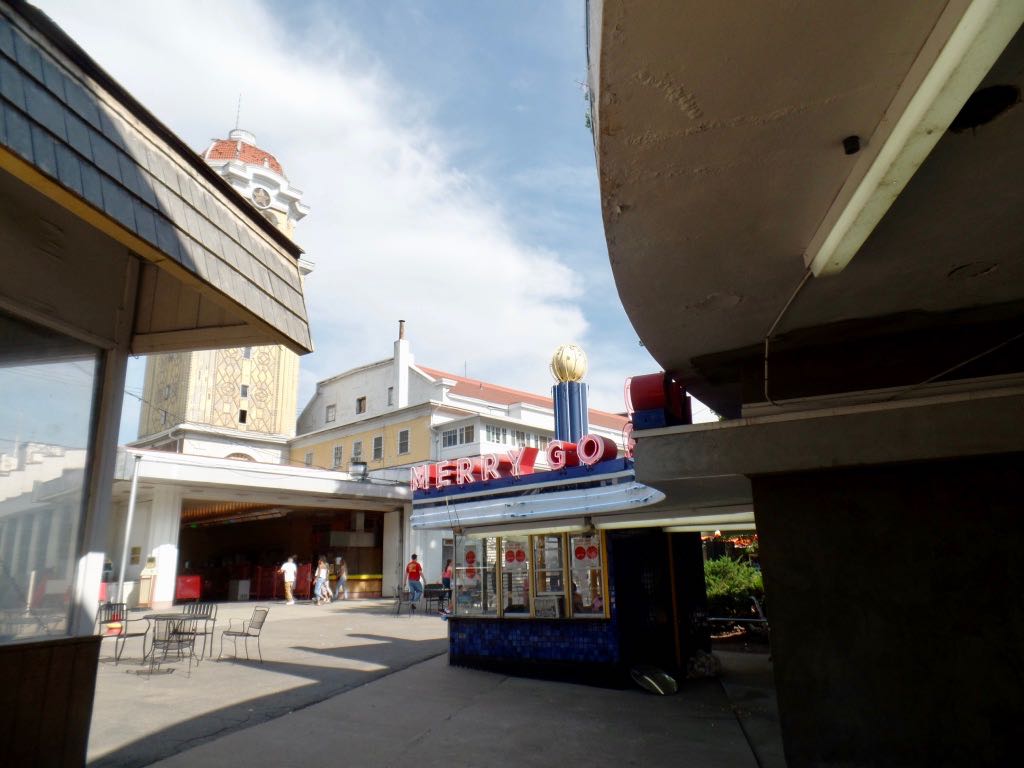 Staride is a short walk to the Merry-Go-Round and, beside that, the Tower of Jewels. 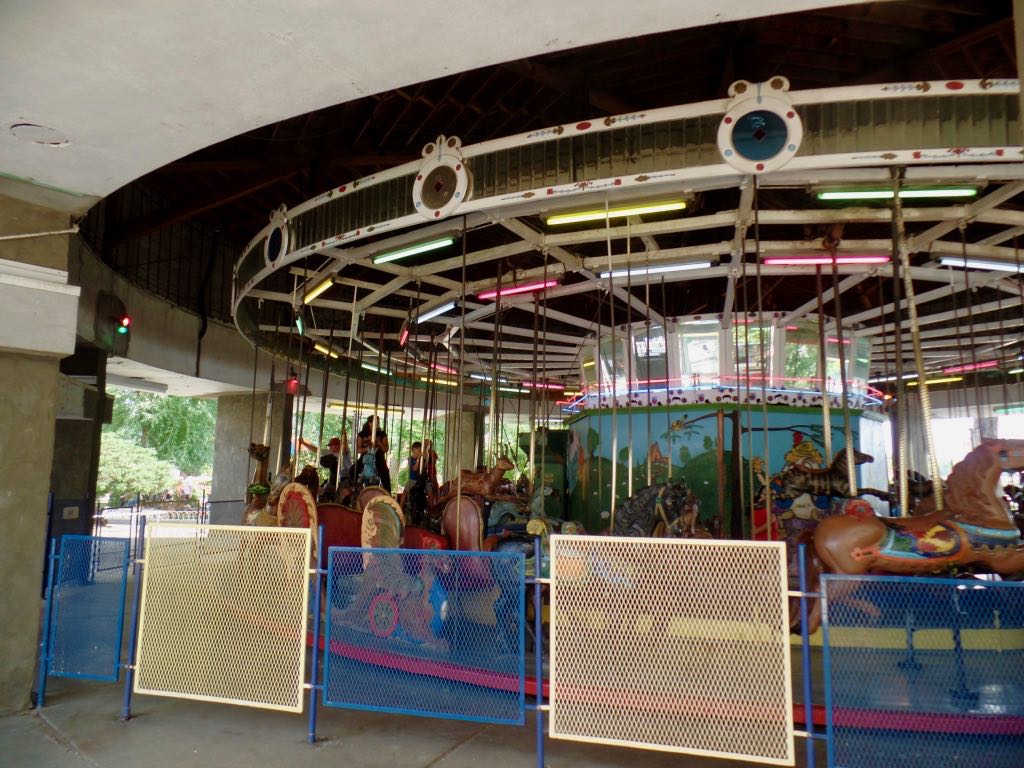 Another quick look at the Merry-Go-Round; even the fencing around the ride is stylish. 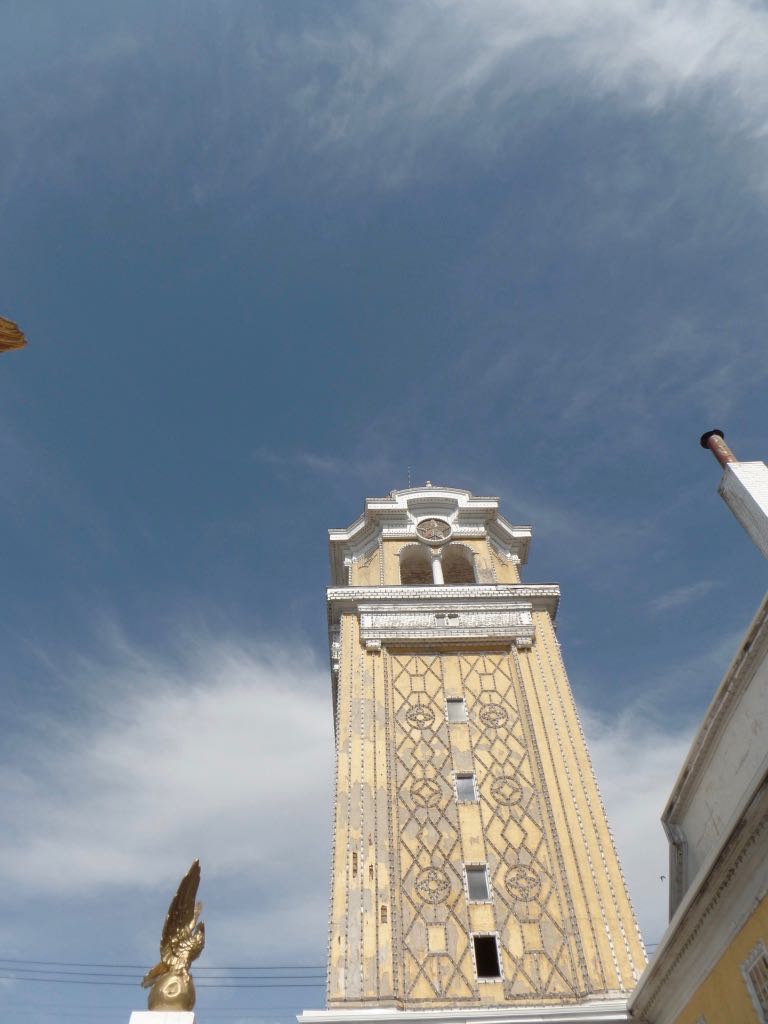 And the weather was gorgeous to look at the Tower of Jewels.

Trivia: Laplace regarded Bode's Law, the geometric progression which seemed to match the distances of the planets from the sun, as a mere number game and not real physics. Source: In Search of Planet Vulcan: The Ghost in Newton's Clockwork Universe, Richard Baum, William Sheehan.