So back in late 2019 I nudged work a couple times, pointing out that I hadn't been out in years and was feeling out of the loop. They were fine with my productivity, though. And then in December my boss had an idea. He's got a new project he wanted his team to get to work on, me among that team. So the call came up. Could I be in the office the 5th of January for a big planning meeting? Well, first, I would be visiting my parents the 5th of January. Also, the 5th of January is a Sunday. Well, could I be out sometime that week?

And, yeah, I could do sometime that week. I decided to book a flight heading out on Wednesday, mostly because I did not trust that weather wouldn't delay us a day getting back from Charleston. It did not, as it happens, but after all, it has happened in the past.

bunny_hugger several times cursed the madness that I couldn't just fly from Charleston up to New Jersey, but this seemed to be a too-complicated scheme for me, even if work would presumably pay for the change of flight arrangements. But what all of this did mean is that I had a day and a half to get home, unpack, do laundry, and re-pack, and this is why I didn't think I could take the time to ride with

bunny_hugger to her parents' for dinner and maybe a game of Mice and Mystics and to pick up our animals. And why she wasn't eager to go on her own, especially as her parents pointed out she could spend the night, the last time that'd be easy to do midweek before the semester started.

Packing up and preparing took less time than I feared, actually, at least once the washing machine did the hard work it was designed for. I had a room booked at the long-term hotel again, and a car rental and a direct flight, Detroit to Newark, leaving near noon so I wouldn't have to wake too early. Indeed, I had enough time that

bunny_hugger and I were able to go poking out to the local hipster bar and see some of our friends having a pinball night there. The place has also picked up, among its now-many pinball machines, Stern's newest: Stranger Things, the game. We had time for two games, and only two, because it turns out this game plays just forever. At least right now, and this despite a critical shot not actually working right.

bunny_hugger was still waking up. And she shared the sad news with me, that by the time I got back the Christmas trees would be un-decorated and taken down and we'd have the house whittled down to its long winter decor. She works so hard to get the place looking great, and it never seems like we have enough time to appreciate it. We've been thinking how next year we might visit my parents before Christmas, when the airfare is particularly cheap, and that would be great, but it would slice out even more time that might be spent decorating, or appreciating decoration.

After an unremarkable drive to the airport I felt pointlessly hassled by the security theater people, who got snotty about me ``stacking'' my iPad and laptop. They were not stacked. They said they were, you can't go putting them on top of the TSA-approved sleeves for carrying them and my exasperation with this nonsense showed. The agent tried to tell me that they were just explaining the rules to me so that I could have no trouble in the future, and I did not point out that the rules had apparently changed since the last time I flew out of Detroit, six days before. And then they pulled me over for extra screening on the grounds that there was something suspicious in my belt(?) and in my groin. Sheesh. The plane was also late to take off, and to land, the latter because of some weather conditions reducing the number of landings Newark was taking. Despite this they still touched down pretty close to the scheduled landing time, which shows how much padding they put into the things. Before long I had my suitcase, and my rental car, and that strange comforting feeling of driving past the Anheuser-Busch plant and the Drive Safely oil tanks.

bunny_hugger had driven to her parents', to have her car make a disquieting noise, one bad enough she did stay the night instead and made plans to get the car to the dealer, and advance her thinking about just how much longer she wants to keep this car. The next day it would not get into gear at all, so the car had just reached safety before dying. AAA was able to tow it to the dealer, and the dealer got her to home, and her parents drove the animals to our home after all, and this was all a lot of stress and anxiety that she had to deal with while I was sitting in an office in Trenton, New Jersey, which is not the way I would like to arrange our business.

Trivia: Tantalum was first identified by Anders Gustav Ekeberg in 1802, but it was not until 1846 that Heinrich Rose proved the element was distinct from Niobium. Source: Nature's Building Blocks: An A-Z Guide to the Elements, John Emsley.

PS: More at the part of Lakeside Amusement Park that you can see from the street outside which I didn't photograph, inexplicably. 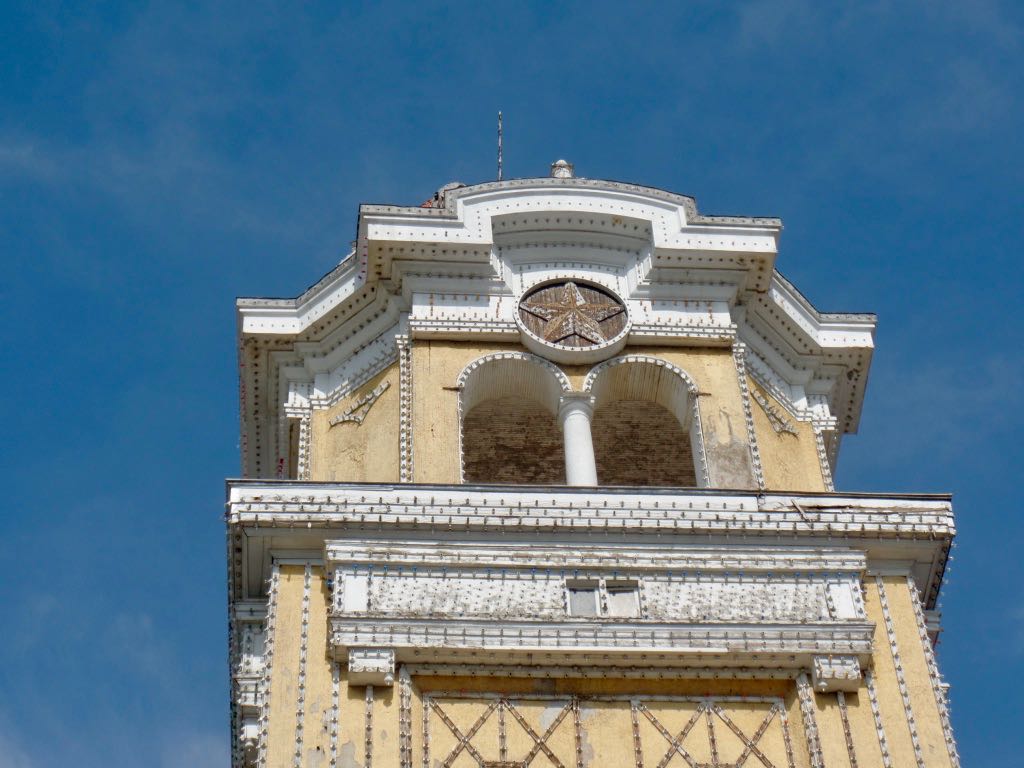 I buy cameras for their optical zoom; in this case, it's 21x to the top of the Tower of Jewels, where you can see how beautiful the design is and how it's had some hard living. 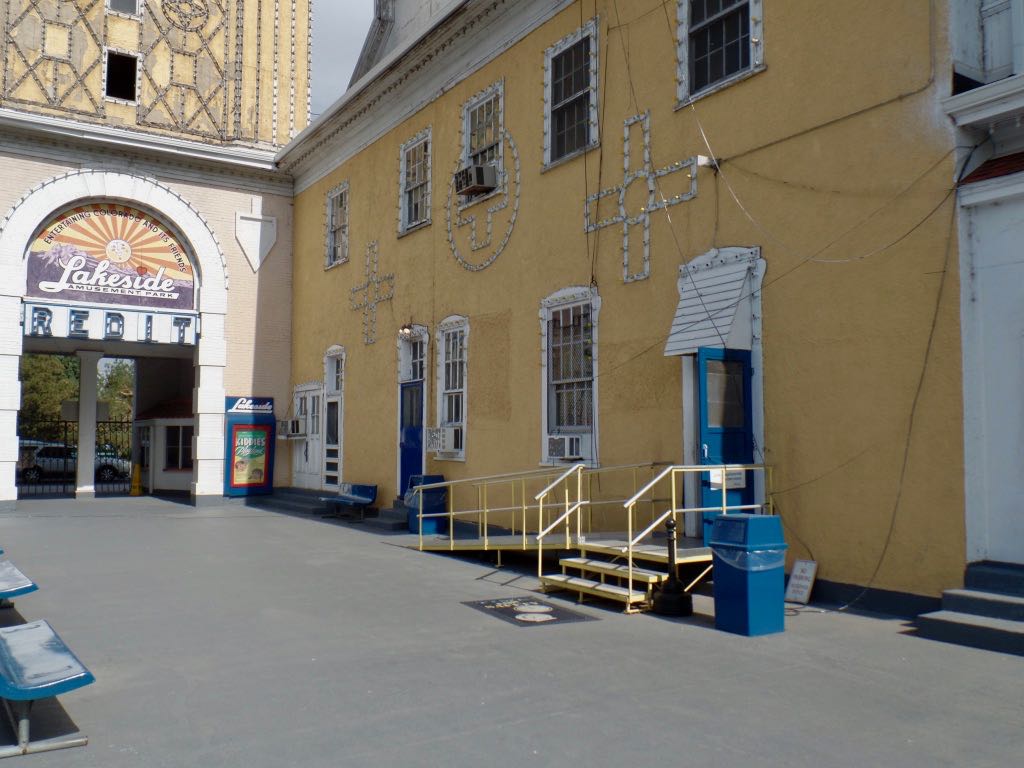 Back to the base of the tower, and a pretty good view of the Redit invitation. 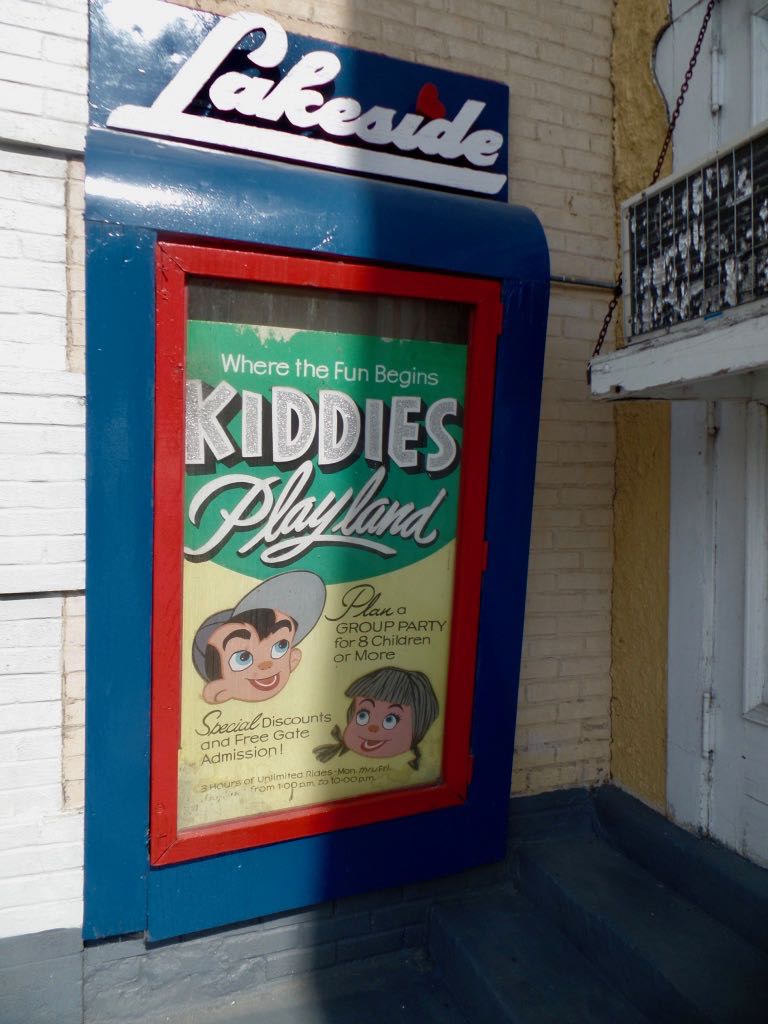 And a poster that sure looks vintage, encouraging kids parties at the park. I don't know whether this is actually old or a reprint or just designed to look old. I notice the poster hasn't got a URL, though.